Kelsie Blake is a graphic designer who wouldn’t be surprised to discover herself on an Interpol list for being somewhat of a klepto when it comes to menus and street posters. In fact, she’ still got a box of miscellaneous flyers and posters she’s collected since childhood, and refuses to throw away no matter how many times she moves house.

For her graduate work, Kelsie focused on the portrayal of women in the media and was keen to investigate the gender discrepancies between men and women’s magazines. This started out as an act of boredom while waiting for a flight home, which then inspired a zine project, and later morphed into the general theme of her graduate work.

Here we chat about her foray into design and share her impassioned Facebook rant about the sexist nature of advertising: 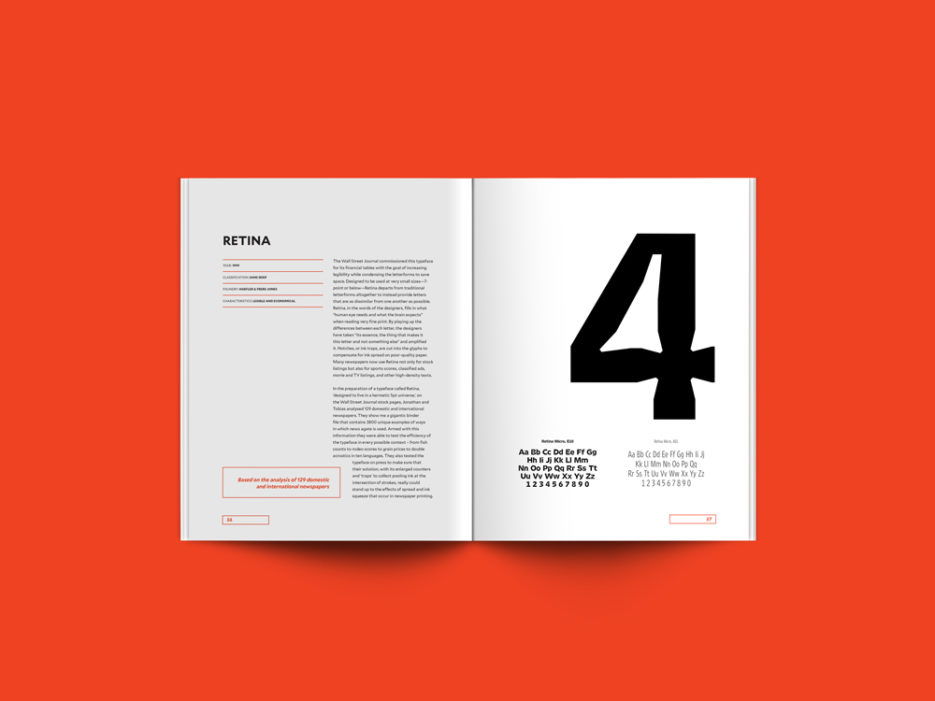 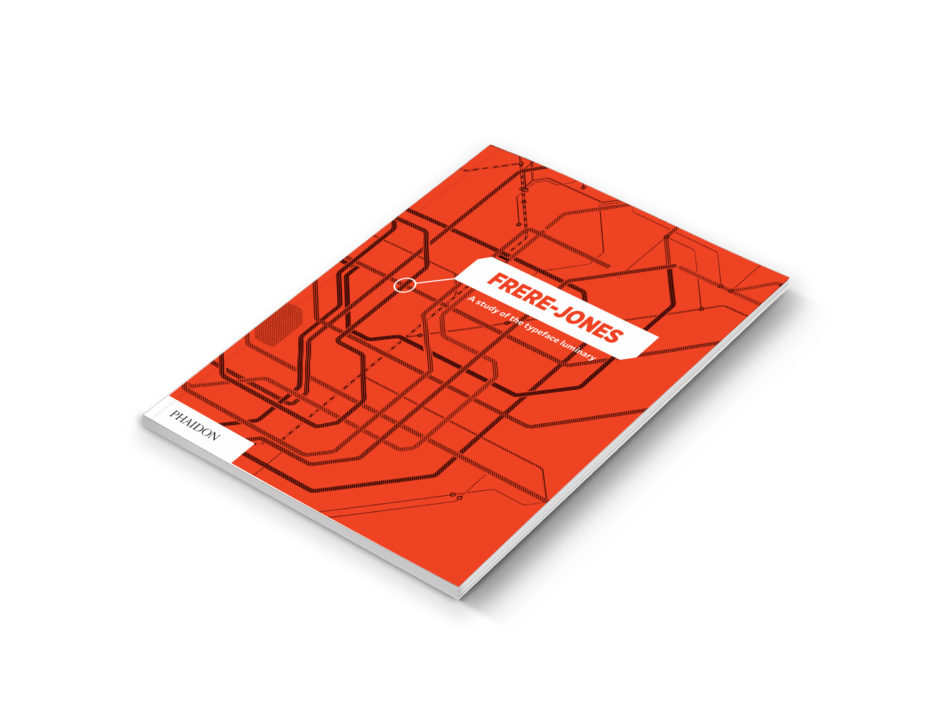 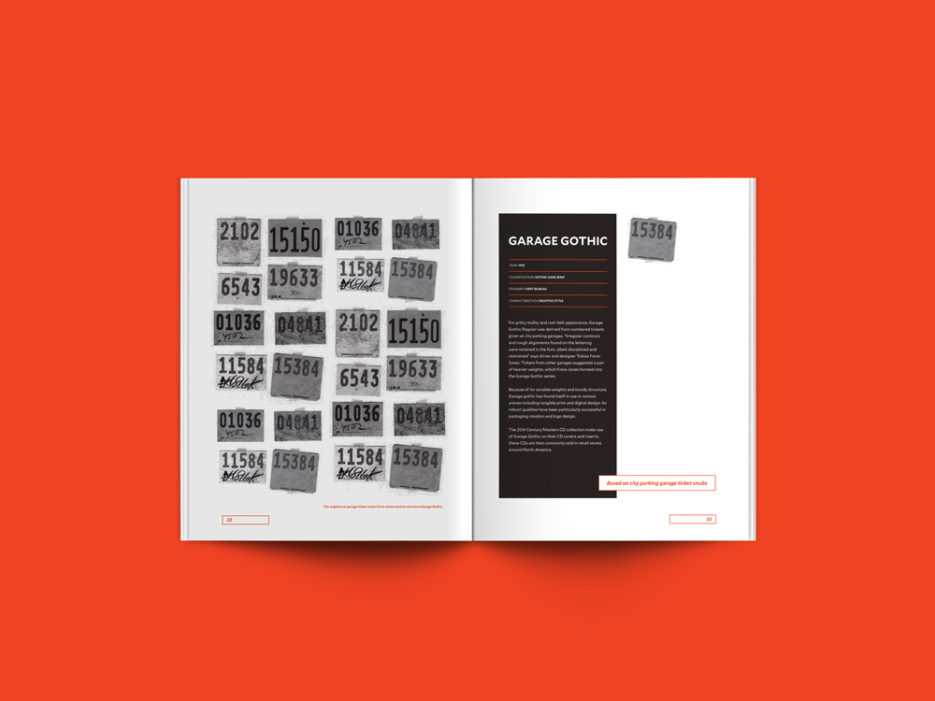 What did you study and where?

My studies in graphic design have been a bit of journey for me. I did my first year at Stellenbosch Academy (at the age of 22) but unfortunately at the start of my second year I had to drop out. As the next best thing, I decided to try my luck at finding a job as a designer with only one year of studies. I was extremely lucky to taken in by A-design (a small design studio in Somerset West) where I worked for the next two years. I then had the unbelievable opportunity to complete my studies, and so I made the decision to go to AAA School of Advertising to acquire my degree in Creative Brand Communication.

Please tell us about some of themes and ideas you’ve been exploring with your student work.

In my first year of studies we had to write an essay exploring the ideas John Berger covered in “Ways of Seeing” which opened my eyes to the way women were portrayed in media and advertising. This seed went a little dormant for three years until my third year lecturer started making me question what I want to do with my design work. With feminism currently becoming more mainstream and myself being subject to some seriously sexist street harassment, my third year design work resulted in me exploring the portrayal of women in mainstream media. 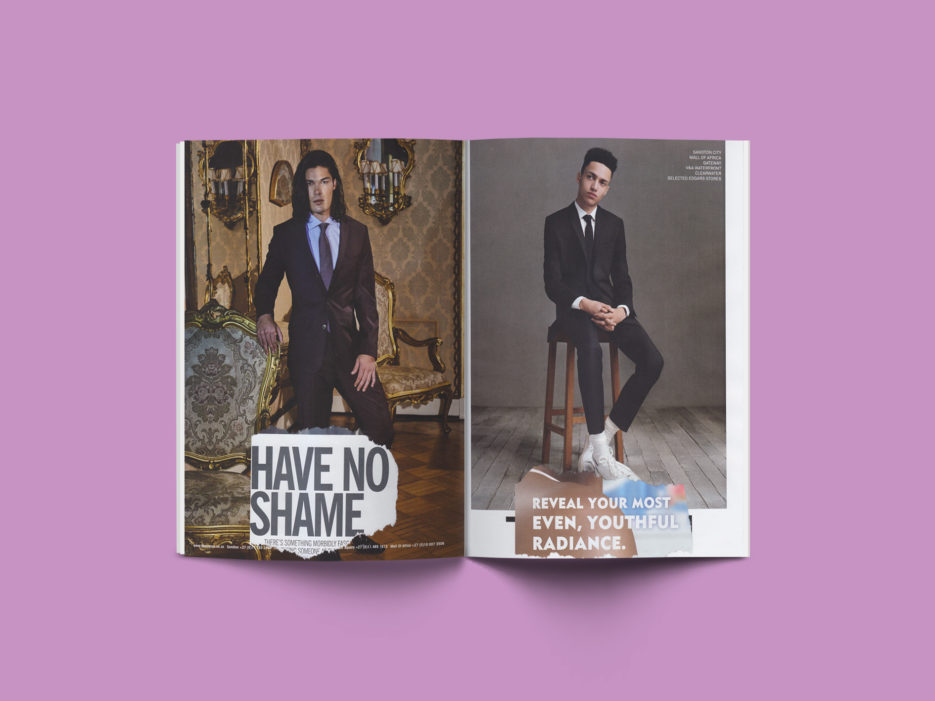 My final project was an idea sparked during my trip to The Loeries. To kill some time in the airport, I decided to buy two mainstream media magazines: Cosmopolitan and GQ. My idea was to compare the content created by men and women and what I found was something I never thought I’d see. I found two similar articles that pissed me off to the Nth degree which I proceeded to have a full Facebook rant as quoted below (please excuse the horrible grammar):

“Found these two articles, both in popular magazines covering the same theme: women/men to be celebrated for their success.

In one corner we have the “game changing” men article from a men’s magazine that actually has content about the subjects (name, profession, a short paragraph about their career), the pics of the guys are relatively small in comparison to copy with the majority of pics being head shots.

Whilst over in the “awesome women 2016” corner we have majority of the spread taken up by pics of the ladies with minimal copy (name, age, profession, “you in three words”, and short-quote-you-live-by-type-thing – reminds me of a year book). But let’s not forget the fact that the magazine graciously supplied us with all the fashion info so us fellow women can go shop her look and become just as awesome and successful (thanks magazine – super helpful!).

Shame guys, I don’t know how you expect to be as much of a game changer as the men in the article if you can’t go buy the exact outfit shown to you. Oh wait, you can’t see their ensembles because the focus isn’t on their looks.

Why is the importance still being put on how a woman looks? Why can’t I read a short paragraph on why these women are so awesome – surely content over imagery would be great for an article like this? This is media created for women by women and we’re still giving into the age old ideal fed to us that we should be an object to be looked at.” 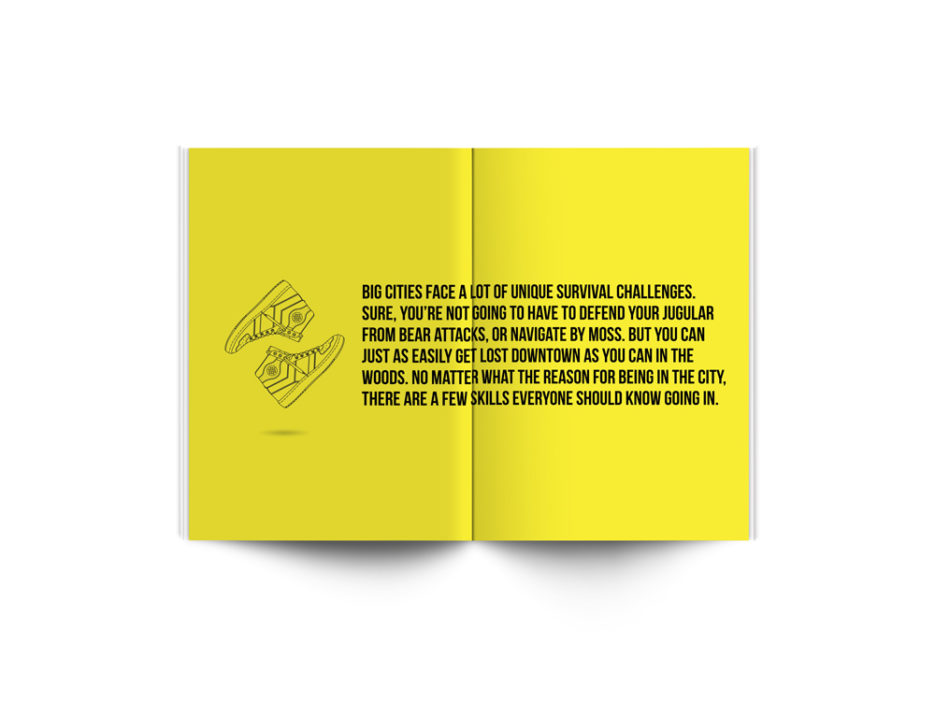 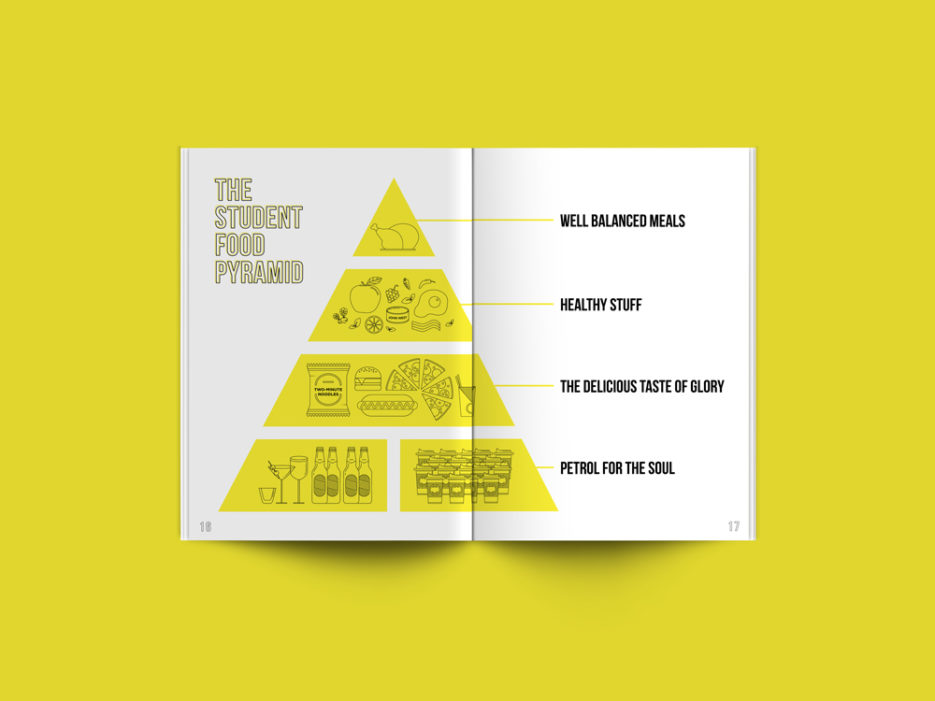 Buy One Get X Free was created after arriving back from The Loeries and having the task of creating a zine in a day at college. It swapped the content of men’s and women’s magazines around to see what would happen and how people would respond to it. Thankfully, I got great feedback on it and from there my final project had already begun.

I took the idea of the zine and explored how it could be translated from print to video. Keeping the same brand name and general idea, I edited the visuals from men’s adverts and paired them with audio of women’s adverts. It took hours of trolling the dark advertising depths of YouTube and stringing bits and pieces together to form a somewhat coherent message, but in the end I was really happy with what I produced. 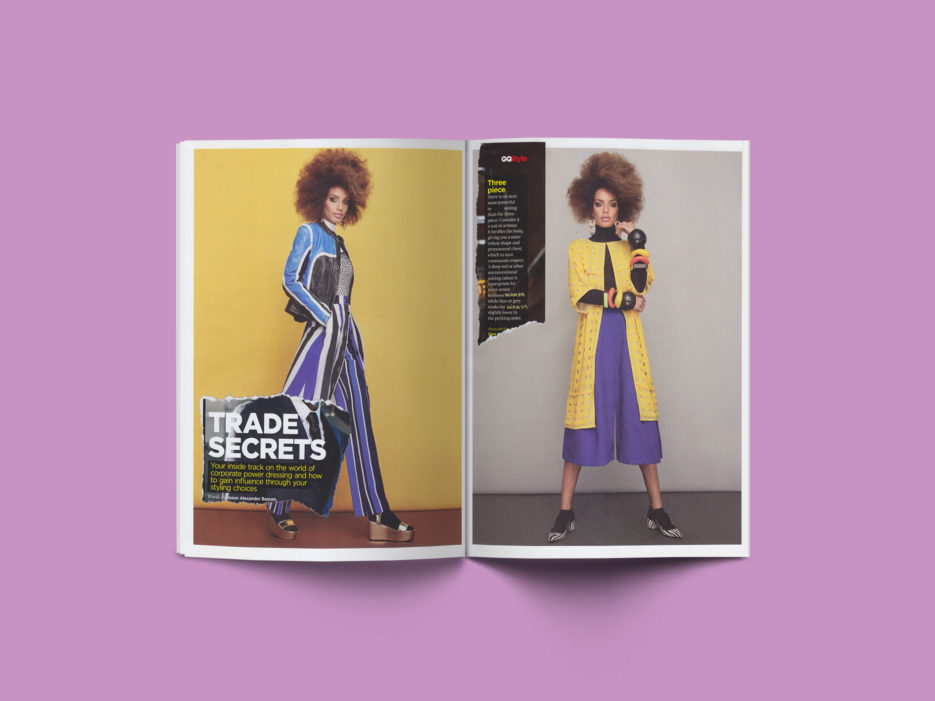 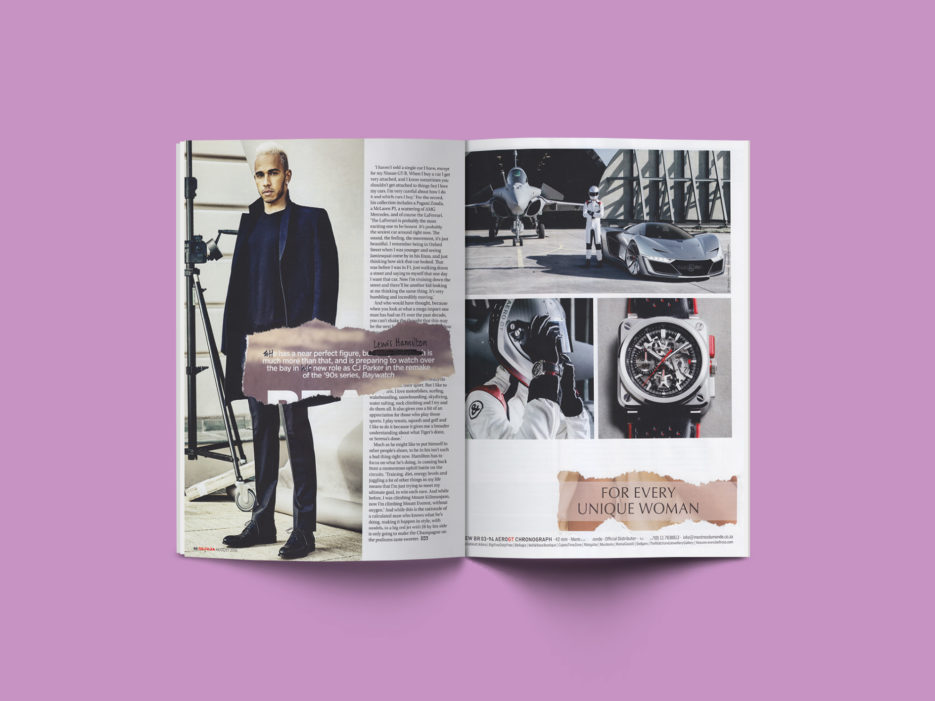 Studies have been an awakening journey for me. Due to my two year break between first and second year, I had a much more focused goal which was to explore my design journey and to get as much out of my lecturers as possible. AAA definitely delivered on both. The second year lecturer, Ilse Muller, gave caring guidance along with the right amount of discipline, instilling a great work ethic that took me through to third year. Here I was under the watchful gaze of Charles Maggs who was way more chilled but gave the best support to the students who wanted it. He had a way of bringing out the best in me and making me stand on my own two feet which inevitably lead to my final project.

Where do you see yourself in 10 years time?

Who even thinks that far ahead? (Secretly dreams of being the next Jessica Walsh). 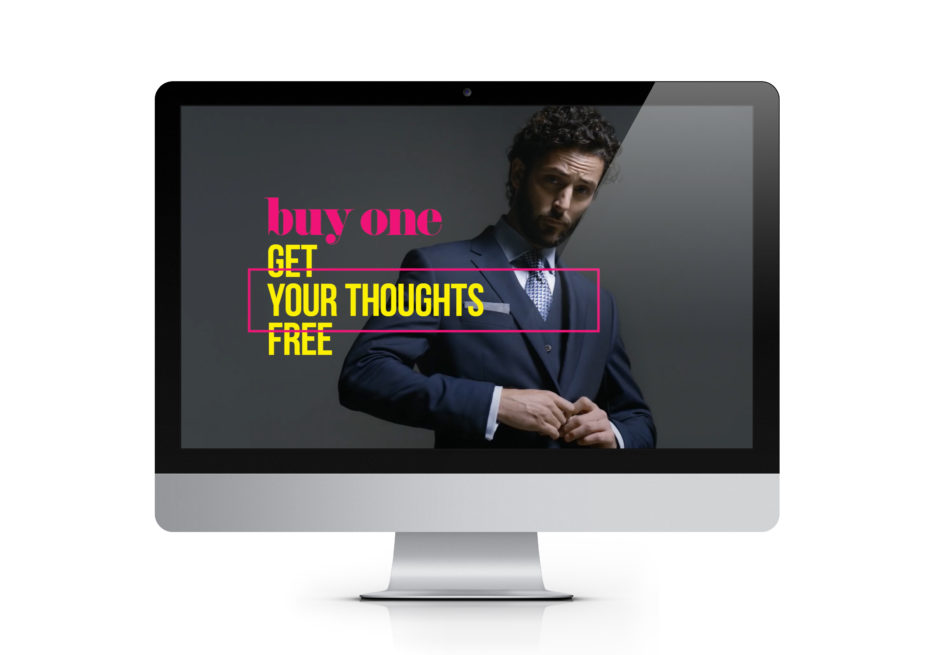 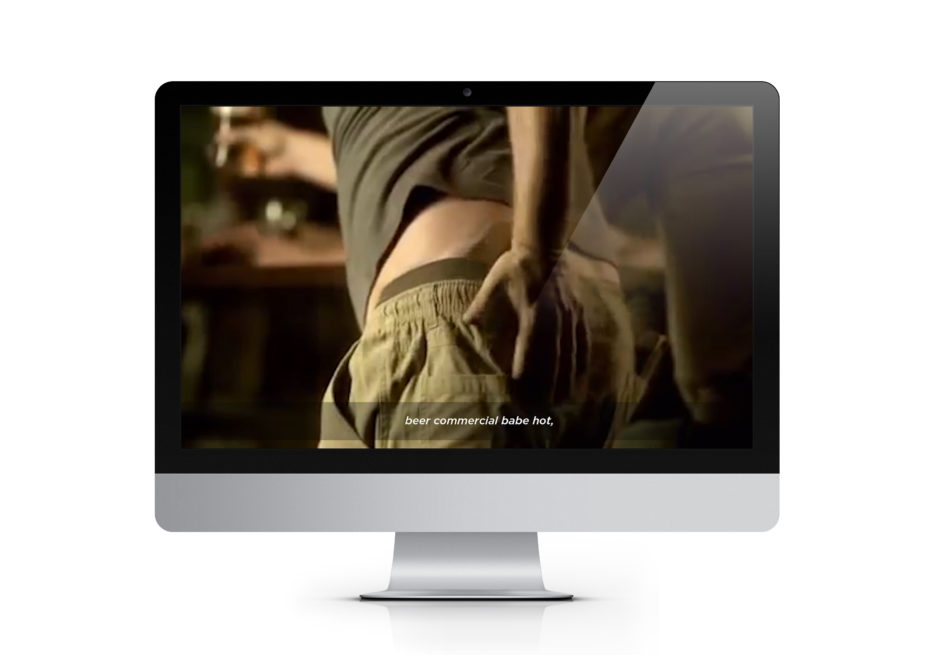