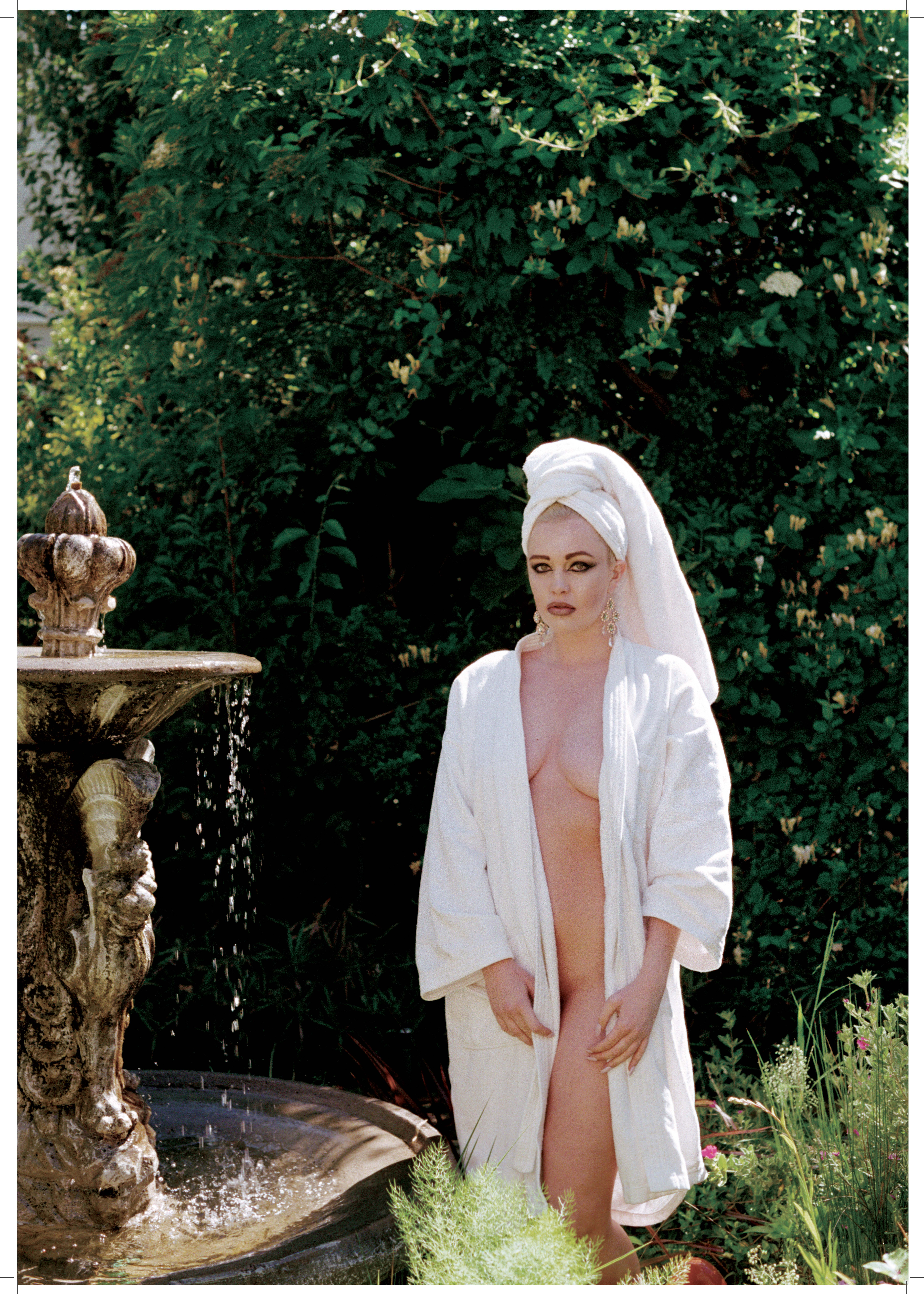 Posted at 13:25h in Art, exhibition by Gabriella Pinto
0 Likes

Her new body of work, Miss Debutante, “explores the disconnect between the origin of pop culture and personal identity production… [and] creates a kind of nostalgic nausea by reproducing existing tropes; the feminine ideal is duplicated to the point of parody. Miss Debutante is a pawn idly living for the visual pleasure of others – a silent violence”. We spoke to the artist in line with her exhibition at Beijing Opera. 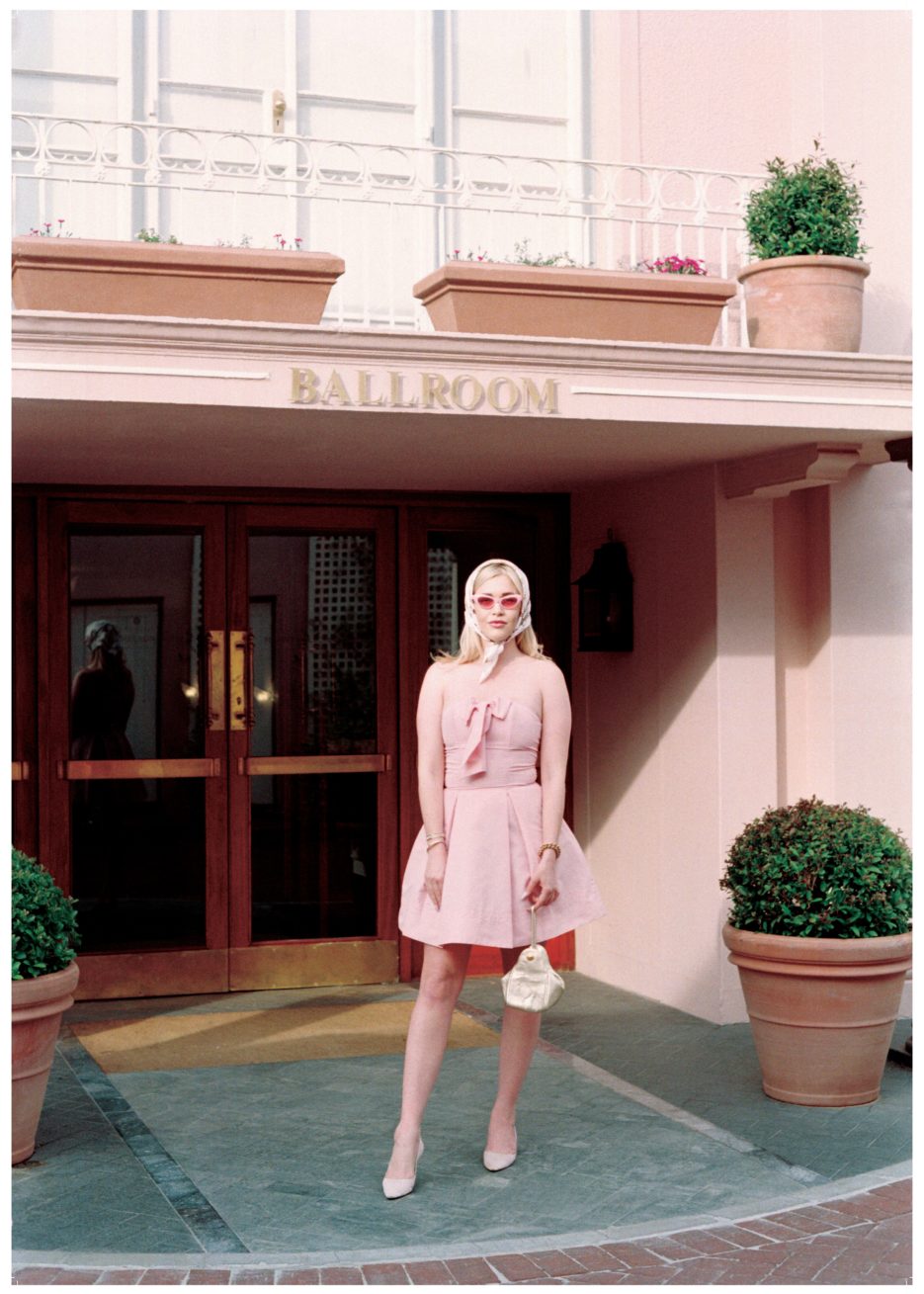 How did this exhibition come together?

I work like this – I absorb information and ideas for a long time, until I explode and it needs to find a physical form. I rang up two of my favourite creative collaborators, Ané Strydom and Peter Georgiades and basically forced them to help me birth this. We shot these images over a two-day period in Greyton while blasting a lot of Gaga and racing to catch the perfect light. We stayed in this amazing country retreat called Die Pinkpaleis. It was basically Crossroads (the Britney movie) for 2017.

The last time we spoke, you had just graduated from Michaelis. What have you been up to since then?

It took me a while after graduating to digest what it means to be an ‘artist’. It’s scary calling yourself that, and owning it. I travelled a bit, got kicked off a taxi boat in Thailand and ran away from a Tinder date with an Irish comedian in Greece. You know, the usual. Mostly, I realised I just really want to create and share.

How does Miss Debutante build on your previous work?

My last cohesive body of work, I never promised you a rose garden, dealt with how we build up our heroes almost solely for the pleasure of watching them fall. Miss Debutante, while it also deals in the construction of femininity, is more interested in identity production. Specifically, the role memory and popular culture plays in shaping identity. Miss Debutante is a beautiful object, existing purely for the visual pleasure of others. Robbed of her agency, she is forced to live out her existence as a trophy, both desired and silenced. 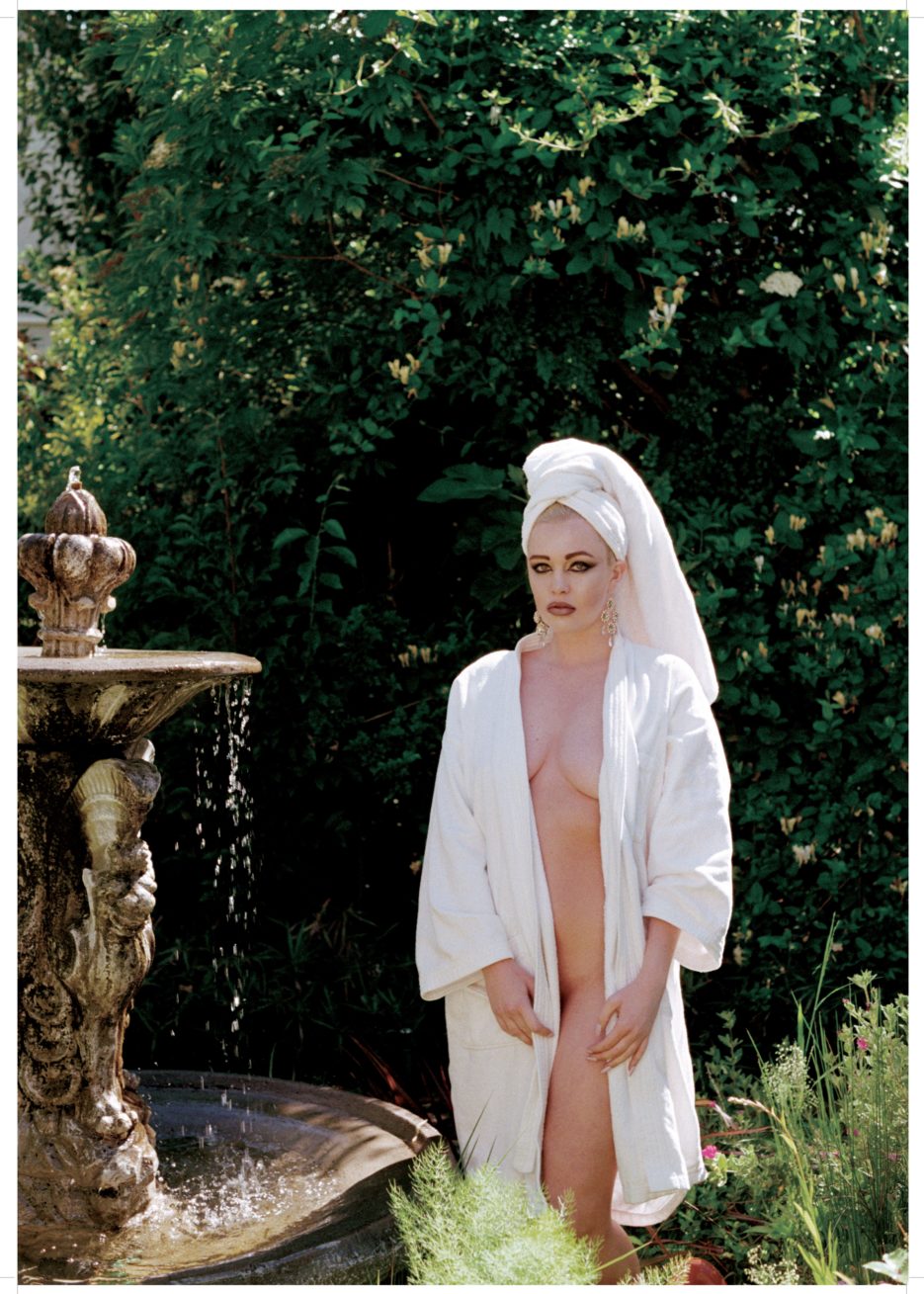 You’ve chosen to release a calendar as well. What prompted this?

The first time I ever became aware of being interested in art was in primary school when we were asked to draw a bowl of oranges. My teacher liked my drawing so much she submitted it to a competition to be part of a calendar and I won. So, really, it was destiny. Beyond that I like the idea of a wall calendar as an art object; it’s functional, yet image based. It also acts as a timestamp; my personal tramp stamp. I’ll wear it proudly!

Part of the construction of femininity is based on nostalgia. What’s the danger in this?

The particular kind of nostalgia I wanted to draw on in this series is not yearning for the past, but rather yearning for a past never lived. When I start to interrogate my memories, they begin to fall apart; a mumbo jumbo of movies, books, holiday, songs and road trips. Miss Debutante is a past missed, but never fully lived.

On your Tumblr you call yourself a part-time performance artist. Where do you draw the line between performance and real life?

That’s the thing, as much as Jana Babez is an exaggerated character, she’s also me. I think if you spend enough time with a character, you’ll merge. Jana Babez was my refuge, my space to be provocative without fear of judgment, but now I’m not afraid to own the Babez in me.