Written by Dave Mann on Feb 7, 2017 in Art, exhibition, Featured

His third solo show with the gallery, Paths and Fields is a multi-media body of work comprising video, photographic, and drawn work, all largely influenced by his trips to the north of Italy and his interaction with its artists – Giulio Paulini Giovanni Anselmo, and Giuseppe Penone to name a few.

Here, we take a look at the photographic works in Paths and Fields where colour, symmetry and, as always, the built environment reign supreme. We also speak with the artist on exhibiting in South Africa, the emergence of local art fairs and how socio-economics find their way into contemporary artworks. 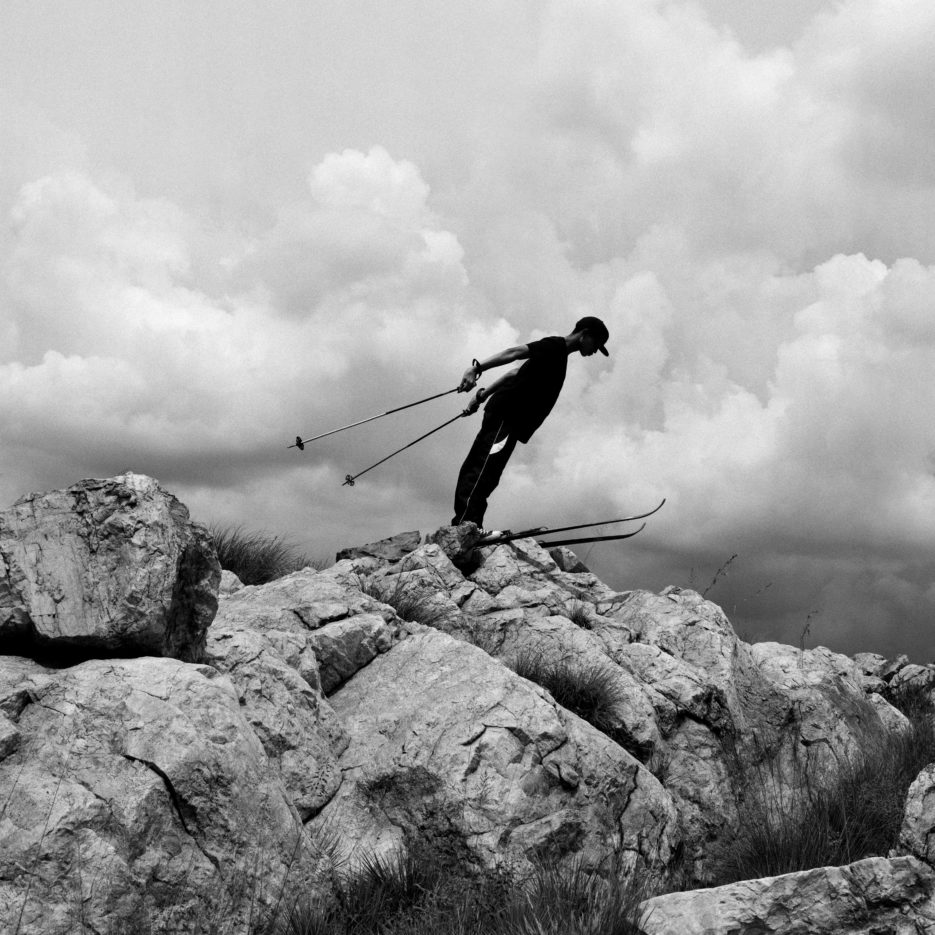 In your photographic works such as Lavender Hills, Inverted Cycle, and Paradise, both motion and colour are used to brilliant ends. Can you expand a little on the use of each?

These three works engage with the idea of ‘colour theory’ in a very liberal way. From the inverted RGB colour wheel in the work Inverted Cycle, which is a digitized graphic depicted through the analogue process of wall painting, to the photographic series Paradise which looks at the colour palette of Monet’s garden. My intention is to shift away from the depiction of a cultural object or image and to rather abstract any form of cultural identity so that the narrative becomes even more displaced, almost non-representational of a value system. I would consider my new shift towards ‘colour abstraction’ as quite refreshing within my own practice but also within the context of South Africa that is so geared towards depicting the African experience in impressionistic, figurative, and symbolic forms. This is not a direct critique on the status quo, but rather a re-evaluation of the potential of exploring colour not only through racial terms but through aesthetic values. With regards to motion, my work is deeply influenced by aspects of time and how the body as a form of energy is able to be transferred into a drawn line or a painted stroke. The physical body acts as a conductor of pictorial weight with forms of colour either brushing up and reacting towards it or away from it. My path is towards an African abstraction and my field is the ever increasing dimension of what drawing can be. 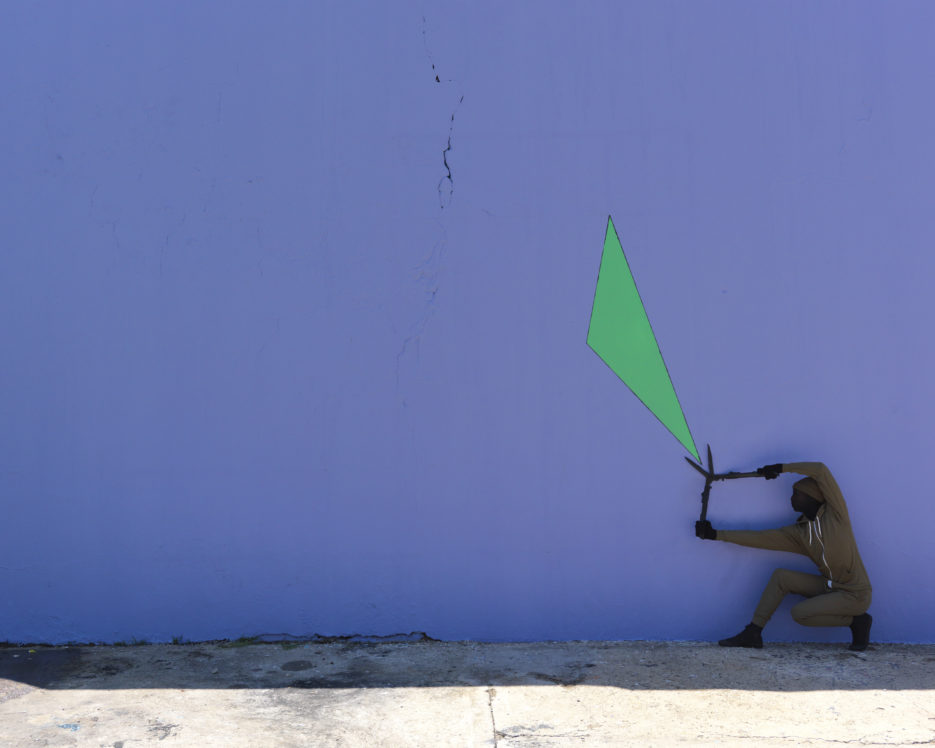 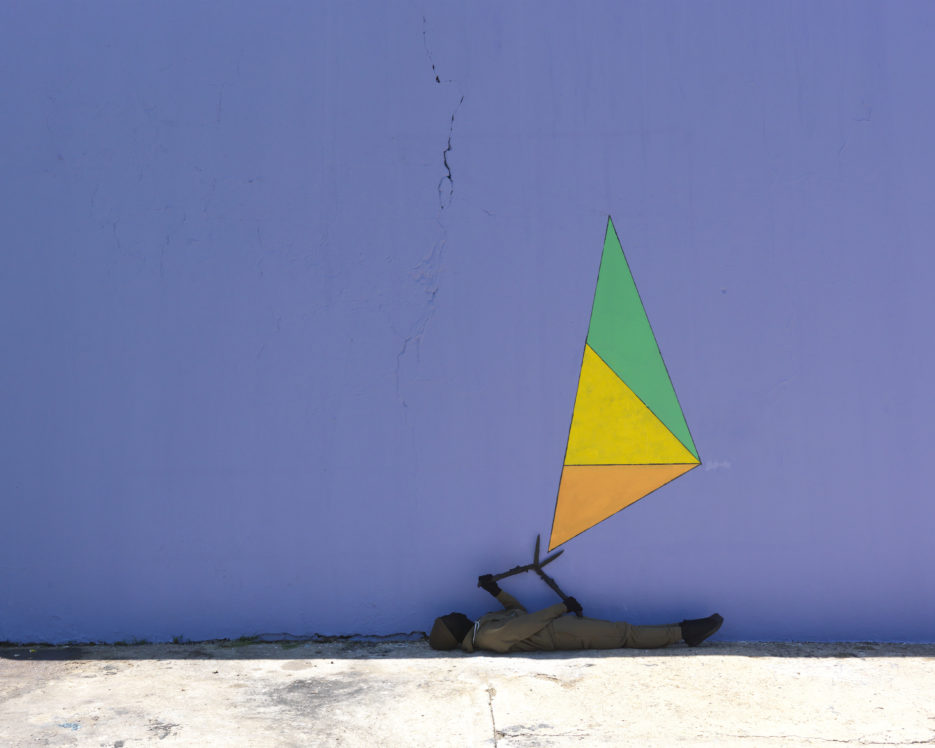 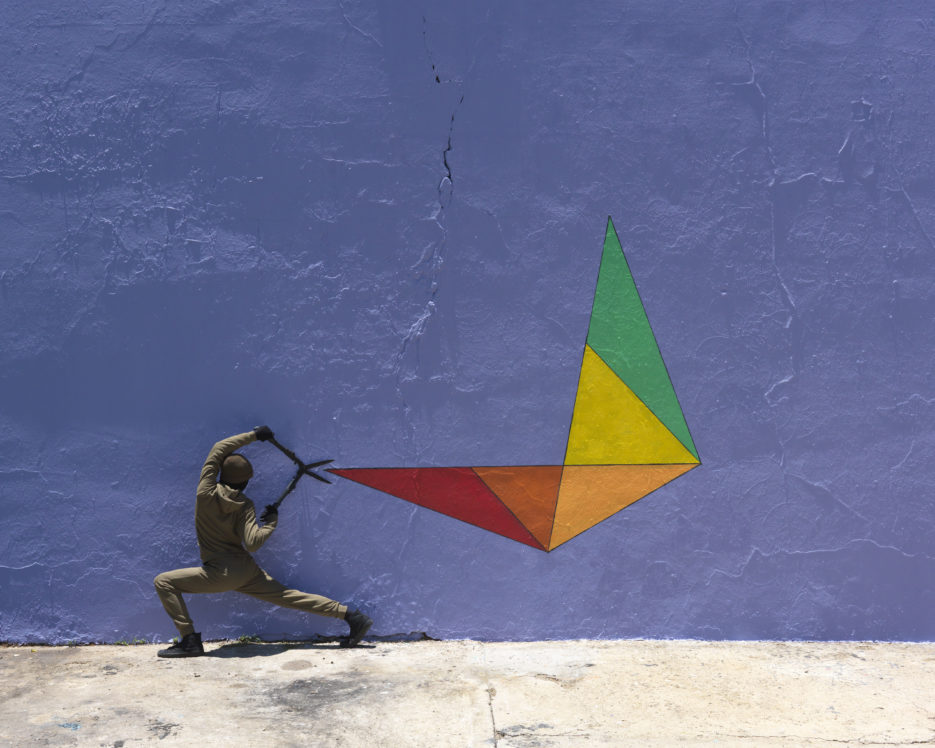 From the series ‘Paradise’.

You’ve said that whenever you exhibit in South Africa, your work tends to be more well received. How are you feeling about Paths and Fields?

It is in fact the exact opposite,  I feel more pressure exhibiting in South Africa than I do anywhere else in the world.  The reasons are probably that my work feels so much more closer to home, and so do I, from an emotional and personal level. As an artist one can exhibit in other parts of the world and inhabit an air of complete autonomy, with complete freedom, and exercise the liberty of being solely judged as a contemporary artist. I feel that the dynamic in South Africa is quite demanding since we have a greater engagement with regards to socio-political and economic issues. These issues pervade a lot of contemporary art from South Africa. Therefore the pressure coming from inside the country is much greater, especially with the strong European influence that is so focused on philosophical issues rather than the hardships and realities of life. With my current exhibition at Stevenson gallery with its premise in an Italian influence, notably the art historical movement ‘Arte Povera’ from the 1960s and 1970s, I’m trying to highlight interesting aesthetic parallels between South African art and international art movements, whether in Europe or elsewhere. My focus is to establish a broader dialogue and to develop a point of conceptual and political ‘relationality’ in order to reposition South African art within the dominant centre of western modernity, not only as a geographical periphery. I hope that my exhibition Paths and Fields acts as a barometer to this dialogue through the exhibition’s very reductive and refined installation. 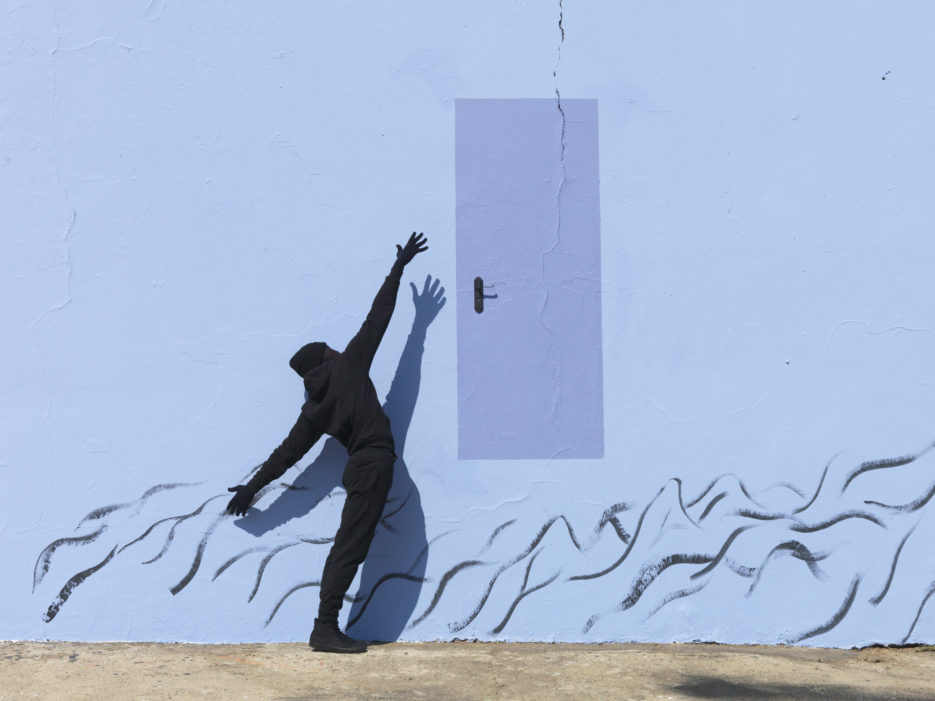 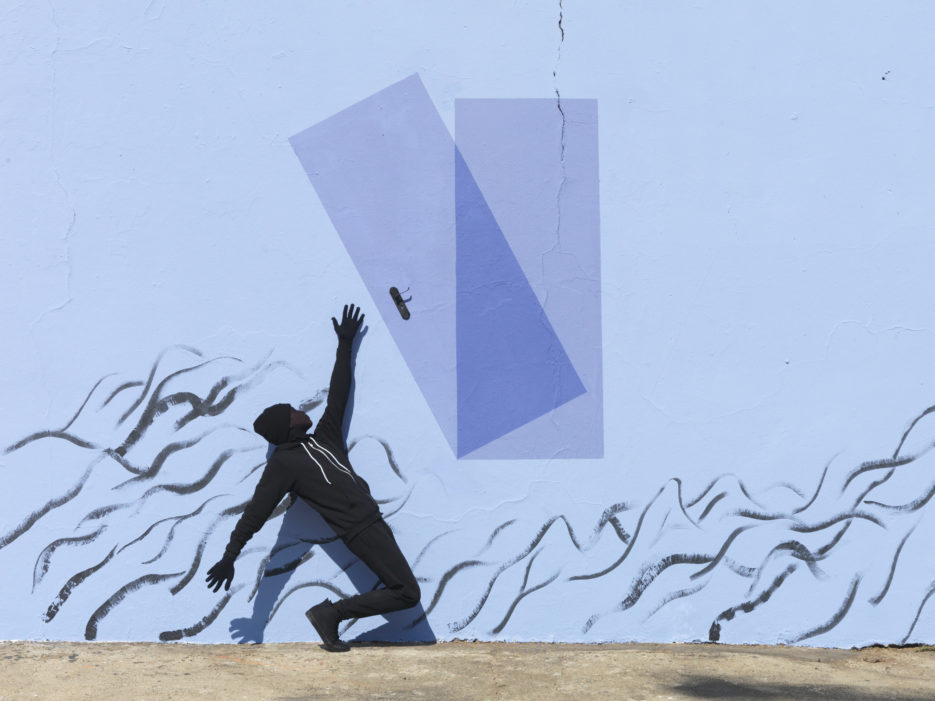 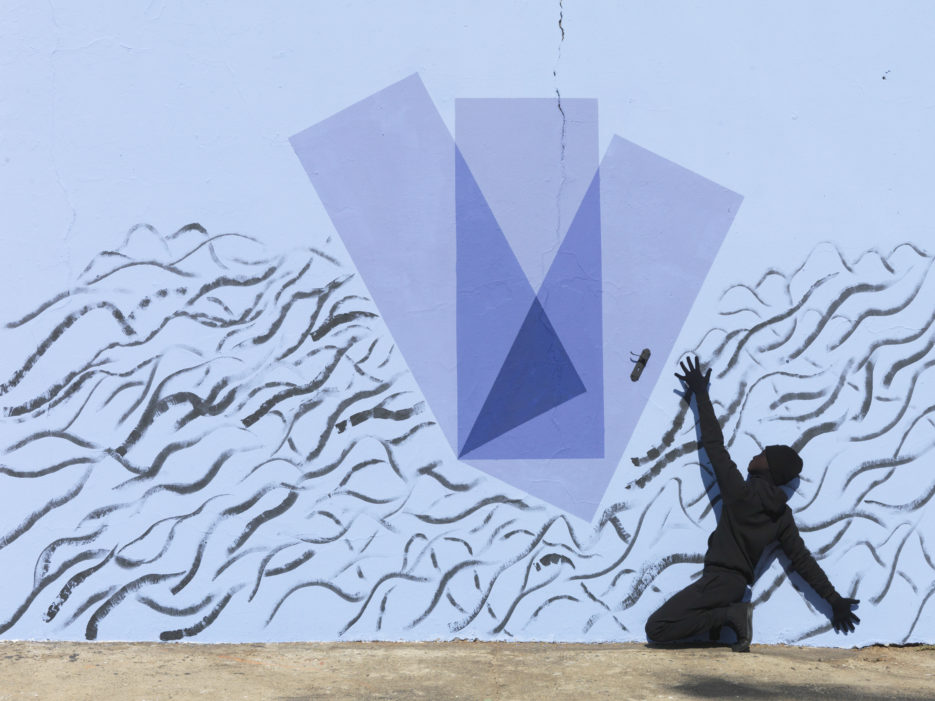 From the series ‘Lavender Hills’

Living and working abroad, there’s a certain distance you must get from the South African arts scene. Upon returning, do you note any marked differences in the art being produced here?

South African art has developed quite radically since when I departed almost 15 years ago. I would say that there has been a massively positive progression due to the global perspective of the art market. More South African artists are exhibiting abroad due to the political interests of institutions as well as collectors. South African art I believe remains quite a desirable commodity due to what it represents, a young democratic society dealing with political and economic change. Another interesting factor is the emergence of the local art galleries. In 2000 there was only one established commercial art gallery, now we have many galleries that are willing and able to support young artists. The gallery system has not only acted as a platform to showcase emerging art but also as a vehicle for artists to generate a form of income. The emergence of the art fairs too has contributed to a broader art market which therefore allows for art production levels to increase. Artists rely on the gallery system in order to produce provocative works and I do believe that galleries have to act with greater responsibility in managing the careers of their artists. Without the artists there are no galleries. 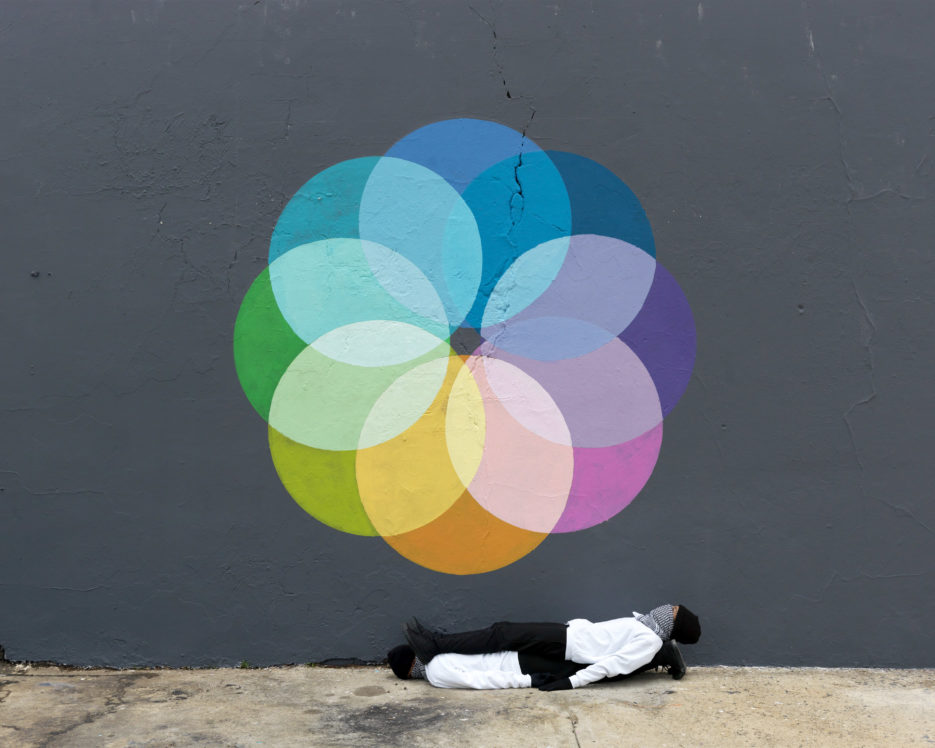 Much of your early work was inspired by the politics and socio-economic ongoings during your time as a student. Have you seen any similarities in the contemporary works being produced as a result of movements such as #FeesMustFall?

I would say yes. The current conditions in society, whether expressing sexuality or economic issues, act as an antagonist within the creation of contemporary art. However, due to my distance from the South African context I do feel that local issues have played a lesser role as points of inspiration for my work. Rather, my points of  inspiration have become much more broader whether tackling ideas and theories such as existentialism or engaging with the primitive forms of geometry. The basic languages of art have to be played with and reinvented.

As both an artist and a consumer of art, what would you say is the role of art in contemporary politics. Does it play a role in our collective understanding, or is it simply a reflection of the times?

I would say both. Art without a doubt plays an important role in shaping and informing our collective understanding. Never more so than now when tertiary education levels are challenged due to economic shortcomings or when sexual preferences are attacked in society. Art has to speak out and communicate culture which is a reflection of a time and space in history. Art acts as a voice for the concerns, opinions, and beliefs of our time.

Paths and Fields is on at Cape Town’s Stevenson gallery and will run from 26 January – 4 March 2017. Find more details on their website.

You can also watch Robin Rhode talk about his work and its impact at the 2017 Design Indaba Conference and Festival.

In Conversation: Carin Bester on ‘She had a name’ Durational Performance & Activism Through Art30 Total Shares

Creative Women Month Is Back: Bigger & Bolder Than Before5 Total Shares
document.write('')