Rosa and Jarred’s Croatia travel diaries, Part 2: Is this ‘normal’ around here?

The best thing about being in a new place is not knowing what’s normal. Not being sure if you’ve come across a genuinely weird scene, or whether that’s just the way it goes around here.

For example is it normal that a man called either Tony or Pepe or a combination of same, forcefully ushered us into his shed and showed us all these different pieces of wood, and then at the end of that experience he gave me my own special kind of stick to take home? He told me to put it in water for the night and that it would make our hearts strong. Normal for this part of the world? 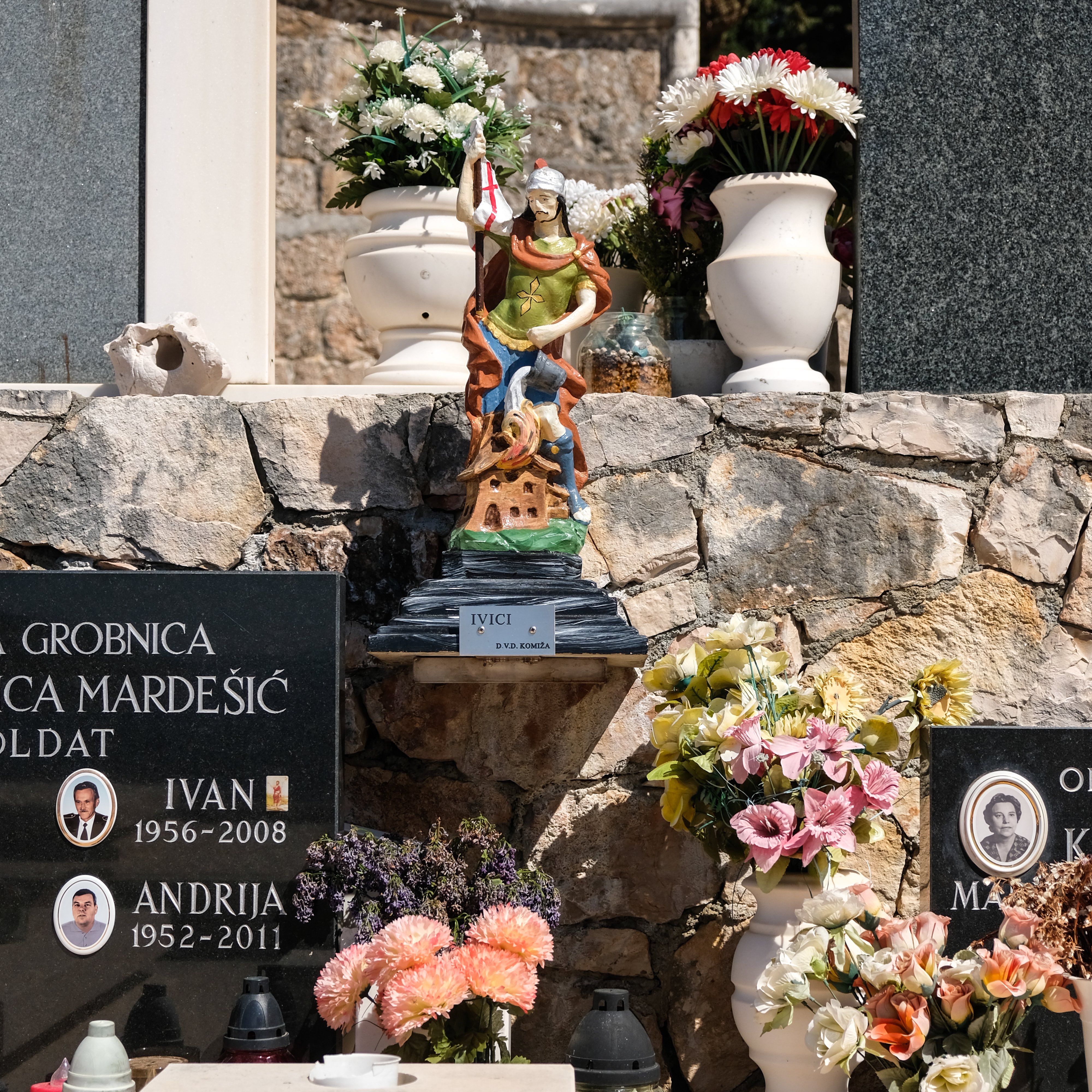 Is it normal that at a petrol station in what I understood to be the middle of nowhere, there was a whole section given over to moth-eaten taxidermied bears? Is it a special petrol station or is that just what happens here? Am I wrong to be taken aback at the number of Jaffa cakes people like to buy here? I thought it was a known thing that Jaffa cakes are disgusting, but people can’t get enough of them. One evening at the shops we saw a couple buying the following: three six-packs of Heineken, six boxes of cigarettes, and four big boxes of Jaffa cakes.

What kind of night does that presage, and would that be a normal night for them? Is it normal that there is a small music box at the end of our street that lets you play Moon River, Happy Birthday, the Croatian national anthem and The Internationale? I have had The Internationale stuck in my head for a full 24 hours, now, but I am scared to whistle it in public because I have been unable to gauge how people round here feel about Communism.

The cemetery attached to the church of Saint Nicholas is a whole other movie in terms of Is This Normal. There is a vast and black hole where my religious education should be, and so I don’t know if it’s normal that there are no single grave plots here. All the grave plots we saw were for couples, or else for whole families.

You must be laid to rest next to your husband or wife and your children, and your gravestone must be incredibly shiny and new-looking with maybe some pillars and arches, and it must have a photograph of all of you on it, and the whole plot must be absolutely heaving with fake flowers and statues of dogs and little men and swans. What happens to the maiden aunts and things when they die? Are they buried in a special bit of the cemetery or do they rather get sailed out on a plank into the middle of the Adriatic? Just tell me. 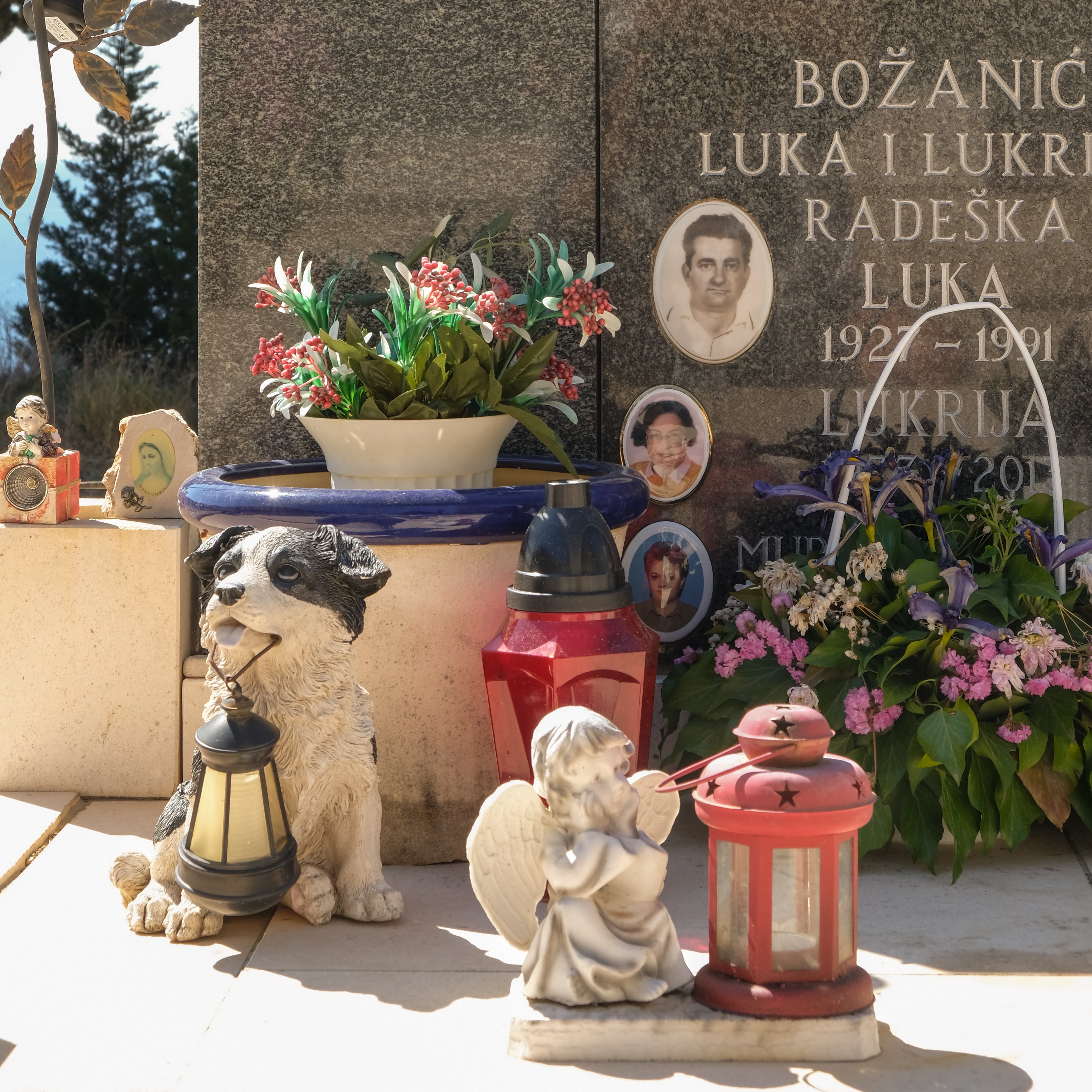 Is it in any way normal that there is one big plot at the far end of the cemetery that doesn’t have any people in it yet? The headstone has a picture of a ship, the names of what I can only assume are a husband and a wife, their birth dates, but neither of their death dates, because both of them are still alive. Is this evocative of a certain Slavic gloominess, a certain attitude as regards to the inevitability of death and this life being but a vale of tears to begin with and so on, or does this just make good practical and financial sense?

We all know that at some point we will die, but it seems a particularly brazen move, to purchase a plot and write your name on it and then just like complacently wait for death to take you because you could not be more ready. My instinct says this is outlandish, but it is increasingly clear to me that I know nothing of this world, and so probably this is normal in every respect. 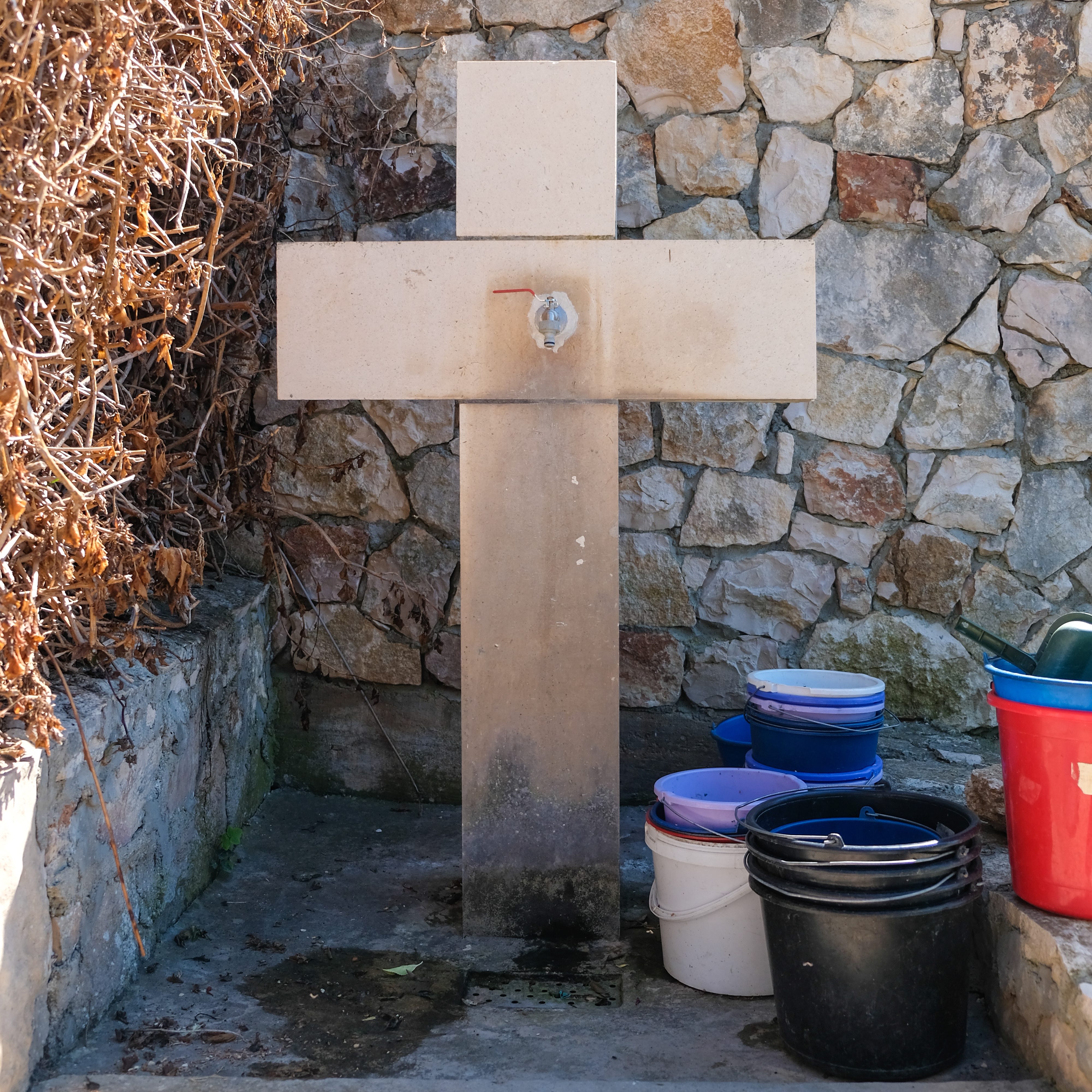