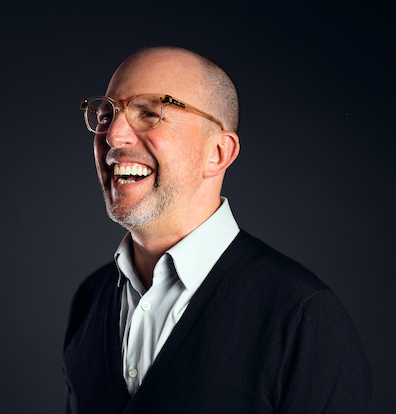 For 10and5’s AdChat series, we ask advertising industry leaders to share the in’s and outs of the game, from making viral TVCs to dealing with the ever-changing nature of adland. This week, Thabang Buthelezi chats to Mike Abel about Nando’s, Kanye West, as well as his new book ‘Willing and Abel: Lessons from a decade in crisis’.

We rarely think of it this way, but even CEOs and founders of prestigious communication groups fuck up in life. It is true of life too that a lot of people are told they have to work extremely hard and get tons of degrees in order to be successful, and although that is somewhat correct, the formidable truth is that success favours those who are not afraid of failing, fucking up and being wrong.

I know this because I watched Mike Abel’s FuckUpNights talk during level five lockdown, where he noted encouragingly that he had failed numerous times in his career.
Notwithstanding that, his willingness to be wrong and ability to learn from his fuck ups made him one of the most sought after businessmen in the country.

Fast forward to level one lockdown, I find myself in the same room as Abel. And after downing a few glasses of champagne, I walk up to him, where I decide to tell him that his FuckUpNights remains to be one of my favourite talks ever.

Contrary to popular belief, alcohol isn’t always a bad idea, sometimes it gives you just enough courage to start a conversation with one of Africa’s leading marketing, advertising, and communication specialist which then results in you landing an exclusive one on one interview with him about his new offering; ‘Willing and Abel: Lessons from a decade in crisis’.

We set an appointment for Tuesday morning and call it a night.

On Tuesday morning, I make my way to the M&C Saatchi Abel reception, where I am greeted by a Nelson Makamo art piece. Maciek shows me some love and a bottle of hand sanitizer at once before walking me to Mike’s lounge on the same floor.

“Thabang!” he exclaims.
“Hi Mike, I am really excited about this interview.”
I’m lying. I am a short (1.58 m to be precise) mess of nerves — no tall glass of champagne to calm me down this time.

Did you see Nelson’s art piece at the reception? He asks.

“Yes, I also saw a Themba Khumalo piece, he’s one of my favourite artists.” This is indeed the truth, I love Khumalo’s work.

Behind me hangs a Zanele Mohuli photograph, amongst other art pieces by artists I haven’t yet acquainted myself with.

He offers to show me his impressive art collection, but before we head to the lobby, he points at another Nelson, a 1/10 art piece created for the TIME ‘The Story Behind the Painting on TIME’s’ Optimists Cover in 2019.

After sharing notes on African contemporary art, we finally sit down to discuss the main reason for my visit, his book.
However, talking to him about Nando’s, Ogilvy, politics, and Kanye West had also been on my mind.

‘What motivated me primarily to write the book is that I get so many requests from people to come and chat with me and ask for advice. I like to help as many people as possible so I thought the book would be a great way of making those lessons accessible,’ says Mike

‘I like writing. When I was at AAA, I wasn’t sure if I wanted to do account management or copywriting, in most of the projects we did, I was the copywriter. I enjoy the conceptual and creative space of coming up with ideas, but I have never worked as a copywriter. I have always written my strategies with my team, so I would say I am half account management and half strategy.’

After reading his book in one sitting, I can confirm that Mike is also an exceptional writer. Unfortunately, he wasn’t offered any jobs as a copywriter because he wore a suit to interviews — thinking that was the appropriate way to dress for an interview — instead, he was offered jobs in account management.

For those of you who don’t know, advertising creatives wear anything but suits.

Account manager, strategist, and part-time writer, Mike joined The White House (BBD). After two years, he was asked to join Ogilvy SA where he would spend almost two decades of his life before leaving SA for M&C Saatchi Australia.

After 30+ years of experience in advertising, how has he managed to marry the three worlds to achieve the best results?

‘I look at an idea in three ways, is it relevant, original, and impactful? Strategy is the relevant piece because you have to know what you need to say in order to cut through and differentiate. Original and impactful is the creative process, but the relevance is unlocking the insight. David Ogilvy defined a brand as a way consumers feel about a product which in essence is a strategy. Advertising then takes that strategy and explodes it into an imaginative idea.’

‘An example of this is Nando’s, we identified Nando’s auntie and developed a strategy for great ads that hit our RIO as well as theirs, won them an Apex, two Loeries Grand Prix Awards, and sold a lot of chicken,’ he adds.

‘Despite occasionally wreaking havoc in a pitch, Ricardo was a creative genius. During presentations, he was like a spider shining web, weaving his magic, dropping from branch to branch with the client, and creating the most beautiful, elaborate ecosphere of his vision — one that the client couldn’t help but enter into, and one they wouldn’t want to leave.’

Ricardo reminds me of another troubled creative genius — Mike being someone who is outspoken and passionate about politics —I start to pepper him with questions about Kanye West.

‘Did you see my tweet about Kanye,’? He asks before doing the most millennial thing ever.

He grabs his phone from the table next to us and scrolls through his timeline. Totally unexpected from a boomer.

‘I see no reason at all for Kanye not to run for president, he is a creative genius, he is a brilliant businessman and a highly insightful person. Why would he be less qualified when Ronald Reagan was an actor and Jimmy Carter was a peanut farmer? Why can’t we have this brilliant creative genius entrepreneur as president?’

Let’s see if Mr. West will still run for office at the next US elections.

M&C Saatchi Abel operates on a partner model, a collaboration of friends, and a federation of entrepreneurs. The blueprint for their partner model came from the way the Saatchi brothers and the other execs regrouped after leaving Saatchi and Saatchi.

Maurice and Charles Saatchi shared ownership of the business with top talent when starting M&C Saatchi.

‘A lot of our growth has been a result of collaboration and sharing. For me, it has always been better to have a small part of something extraordinary than a large part of something ordinary. I had the means and experience to start-up Mike Abel & Friends and own 100% of that; instead, I chose to own 10% of M&C Saatchi Abel and to bring my long-term friends and colleagues along for a ride.’

The triangle partner model was the drawcard for Mike’s business partners.

‘When we have our exco meetings, it will be me, Neo, MK Rasethaba, Faheem, Jacques, Robert, and Jason. We all come from different angles in terms of problem-solving, by kicking a problem around we eventually get to a very interesting commonplace in the end.’

I would have to write a book myself to capture everything that we spoke about during our interview, but, he’s the author here.
‘Willing and Abel’ is packed with business lessons, advertising insight, humor, and lots of beautiful and inspiring stories from the M&C family. Get it at Exclusive Books or Takealot.