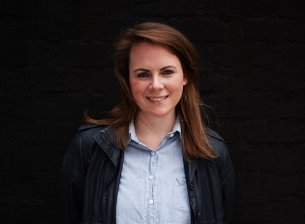 Posted at 12:51h in Advertising, Featured by Alix-Rose Cowie
0 Likes

A Creative Director at award-winning digital agency Hellocomputer, Camilla Clerke is the brains behind many of the innovative creative solutions the agency dreams up and executes for their brand clients. Embracing digital as “the new traditional”, the agency uses social media in interesting and unexpected ways. One such campaign, Social Feed, is a media platform for the non-profit Peninsula School Feeding Association that allows people to share brand ads on their Facebook or Twitter pages, and in exchange for this reach, brands contribute money towards feeding hungry children.

Camilla started her B.Com CA before changing fields to complete a Copywriting diploma at Red & Yellow. Keen to venture forth, she made her way to Joburg where she worked for MetropolitanRepublic for several years. Later, with a digital itch to scratch, she began working at Hellocomputer (contributing to many exciting projects, like building a website on a 2km cycling track) before her current position brought her back to the agency’s Cape Town branch. In this Creative Women interview we spoke to her about cracking ‘the big idea’, the makings of a successful campaign and what she’d like to be known for.

What about advertising, and what about yourself, makes this the kind of work you want to produce, and the environment you want to do it in?

Advertising is, quite simply, talking to people. It’s building a connection with them, starting (hopefully) a long friendship and thanks to Social Media, hearing from them too. And being a person who is passionate about building relationships with people, it’s great to be able to do it during the day through innovative, fresh and impactful campaigns, and at night over a glass of wine. Or two. Who’s counting?

What makes it a worthwhile pursuit for you?

In this day and age, a lot of what we do is measurable. So, we always know how a campaign is performing, and how it is affecting the brand. And there really is no better feeling than knowing it’s working – knowing that the audience has resonated with it and that the brand is benefiting. And I’ll admit it, awards are great too. Especially if you’re really proud of the job.

The big idea is only easy to crack when you’ve cracked it. And the worst is, the simpler and more obvious the big idea looks, the harder it usually is to nail down.  What makes it a little trickier these days is that the big idea doesn’t just sit in a TV ad, but should travel between multiple channels and mediums. And yes, I think it’s still the objective, as the big idea will always answer the business problem, but a big idea without a kickass execution is nothing more than a big idea that had potential to be great.

The industry attracts some of the most original thinkers, but an idea only sees the light of day once bought by a client. How do you ensure the best ideas get made?

I reckon it all comes down to client relationships, and a bit of luck. That’s why it’s so important to get to know your clients, beyond a project. Find out where they see their brand going, and what makes them excited. Next thing you know you’re not trying to convince a client to buy your amazing idea, but you’re working with your client to make it even better.

How do you stay inspired?

Always learning (with digital evolving as quickly as it does, you never know everything), constantly referencing great work across the globe, finding ways to collaborate with inspiring people and going to gym once or twice a year.

What is a truly successful campaign to you?

A campaign that isn’t a campaign. A campaign that becomes something more. That makes people think a little differently. That lives on well beyond the media. #likeagirl is a great example, but it doesn’t have to support a cause. People will never see Old Spice the same way again.

You’ve recently won awards for your campaign Social Feed that provides brand-funded meals to children in need in exchange for users sharing branded content on social media. Please let us know about how the campaign developed and what the journey has been like?

Social Feed actually started as a RAK nomination, and over time, evolved to become what it is today – a media platform for the non-profit organisation, the PSFA. It really was one of those ideas that take time and patience to execute.

We spent many hours with the kids at their schools, learning about the importance of a daily meal. Truly inspired, we approached Facebook and Twitter, both who were reluctant to participate. Taking matters into our own hands we built the platform, the next step being to talk to numerous brands about the initiative, and get some of their media budget.

So, overall, we didn’t have an easy task on our hands, but now I can say we have built a platform that can hopefully help sustain the PSFA for many years to come, and by making it open-source, can help many other non-profits around the world.

When conceptualising any branded communication be it a tv ad or a live event, a big part of that campaign’s success will be based on its talkability or shareability online after the fact. How has your thinking had to change to adapt to these new behaviours and measures of success?

Because a lot of what we do has to have good results to prove its success, we can’t rely on the idea alone. So scale has become very important. How can we share the idea with the right people? We’ve had to make sure our ideas are out there using digital PR, that we have a really compelling story to tell, so much so that it becomes a shareable piece of content. Piece of cake.

Good ads always come from great insights. An insight will help someone resonate with your ad, even if it doesn’t apply to them. It’s how you show the insight that can often go wrong. In many cases, brands turn to stereotypes, or “traditional” family units, while some decide to stand out by quite obviously using “non-traditional” scenarios. It’s a fine line, which is why it’s always best to think about the narrative first. Is the story compelling? Is it honest? Can I believe in the characters? And if a brand gets it right, one should feel represented, even if you can’t relate to the situation.

How do you establish your own voice when communicating on behalf of a brand? Is it important or beneficial to have your own style?

Every brand has it’s own tone. It’s own voice. In fact, if a brand has done this well, you should be able to cover the logo and still be able to guess it correctly. I think it’s important to use this voice when communicating on behalf of the brand, but a creative can definitely add their own thoughts, ideas and spice.

What characteristics do you admire in your industry?

I admire the creativity, the hard work, the constant drive and the ability to laugh at ourselves at the end of the day.

What kind of work do you hope to do going forward?

Anything challenging. Anything that gets me out of a warm bed on a wintry day.

You know that campaign that everyone wished they did? That campaign. I’d like to be on that one.

Photographs of Camilla by Anke Loots.