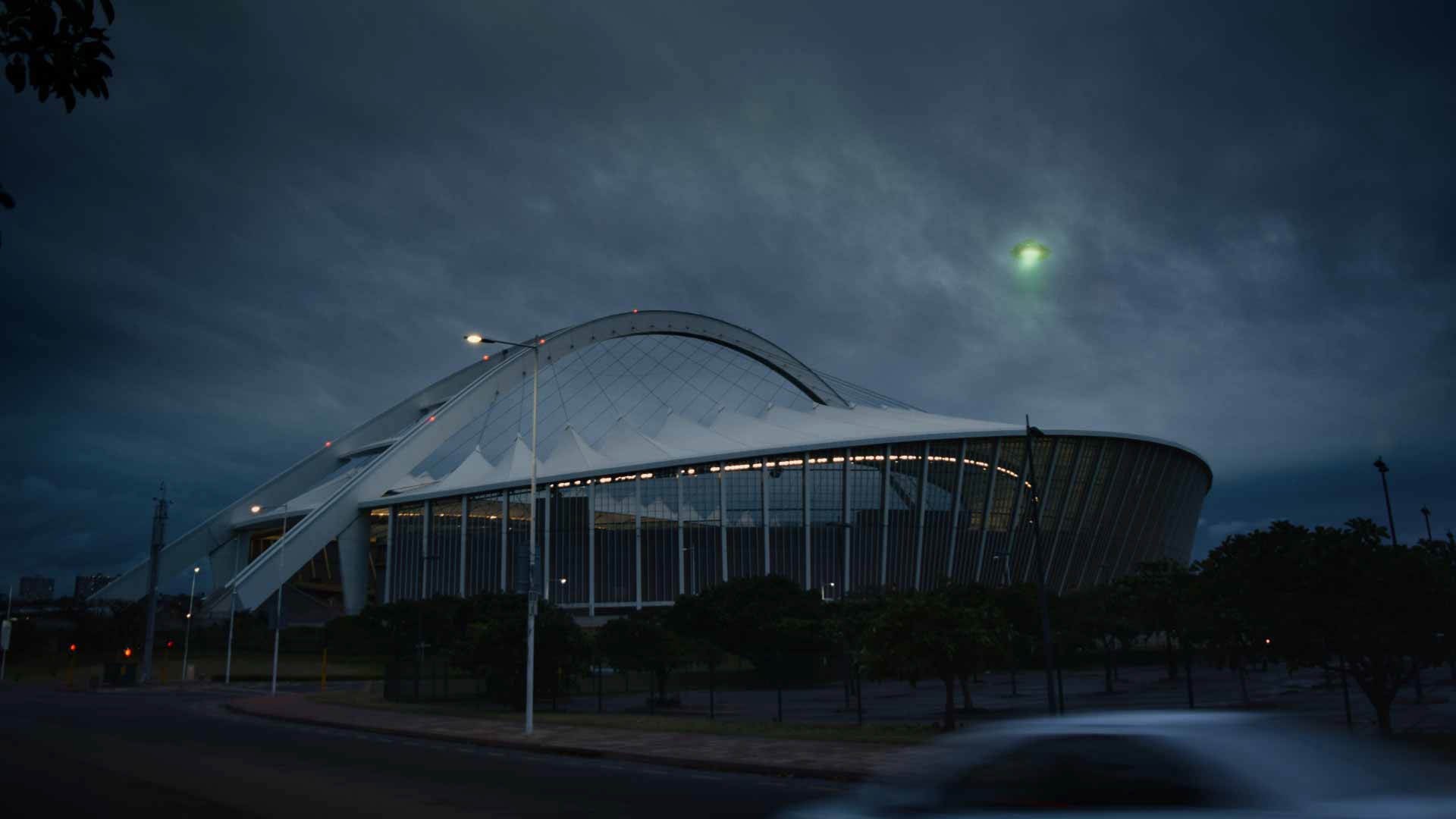 03 Dec The Truth Is out There, and It’s a Drink from the Future

Posted at 16:58h in Advertising, News by Vuyiswa Xekatwane
0 Likes

Accounts of unnerving #UFOSA sightings in Cape Town, Durban and Johannesburg, in addition to frantic Facebook posts and tweets from members of the public flooded social media platforms this past weekend. Soon after, came news of the #Jozilanding UFO crash site that held up traffic in Sandton, Johannesburg on Tuesday morning. Passing motorists and pedestrians near William Nicol and Sandton Drive witnessed the smoking remains of a UFO, officials dressed in hazmat suits and forensic staff carrying suspicious looking containers extracted from the unidentified “space craft”.

Were these really UFOs? Where did they come from? Who was behind these mysterious sightings and landings? In partnership with clients Clover and FutureLife, Joe Public created an extensive one week integrated experiential launch campaign to grab consumer’s attention for their latest delicious on the go snack called Smart Drink.

“We positioned this new product as the drink from the future, so we had some fun on social media with hoax sightings and then with a space-craft crash in Sandton. The payload was revealed as Smart Drink. UFOs always bring out the skeptics, but the overwhelming response to the stunt has been incredible. A huge impact in a short space of time is what great work for our clients is about,” said Adam Weber, Executive Creative Director of Joe Public.

The integrated campaign started with the seeding of UFO videos and pictures through Twitter and Facebook posts by social media technology company, ­­­­emote, accumulating enough interest and attention to become the number one trending hashtag in South Africa (#UFOSA).

“The social media engagement on the campaign is unlike anything we have seen before.The public joined in the fun with memes of Zuma, a parody account was set up, and allegations were made of this being a Star Wars stunt. Additionally, various groups laid claim to being the brains behind the campaign. So far we have seen over 15 million social impressions since the campaign launched – an enormous success by all accounts,” says Ryan Silberman, CEO of emote, Clover’s social media agency.

The excitement and anticipation culminated with a crash landing at 4:00 am and a media launch in Sandton. The site was exceptionally built and filmed by production company The Front, with the campaign being conceptualised and supported by above-the-line agency Joe Public and PR agency Engage Joe Public.

Finally, the truth is here.