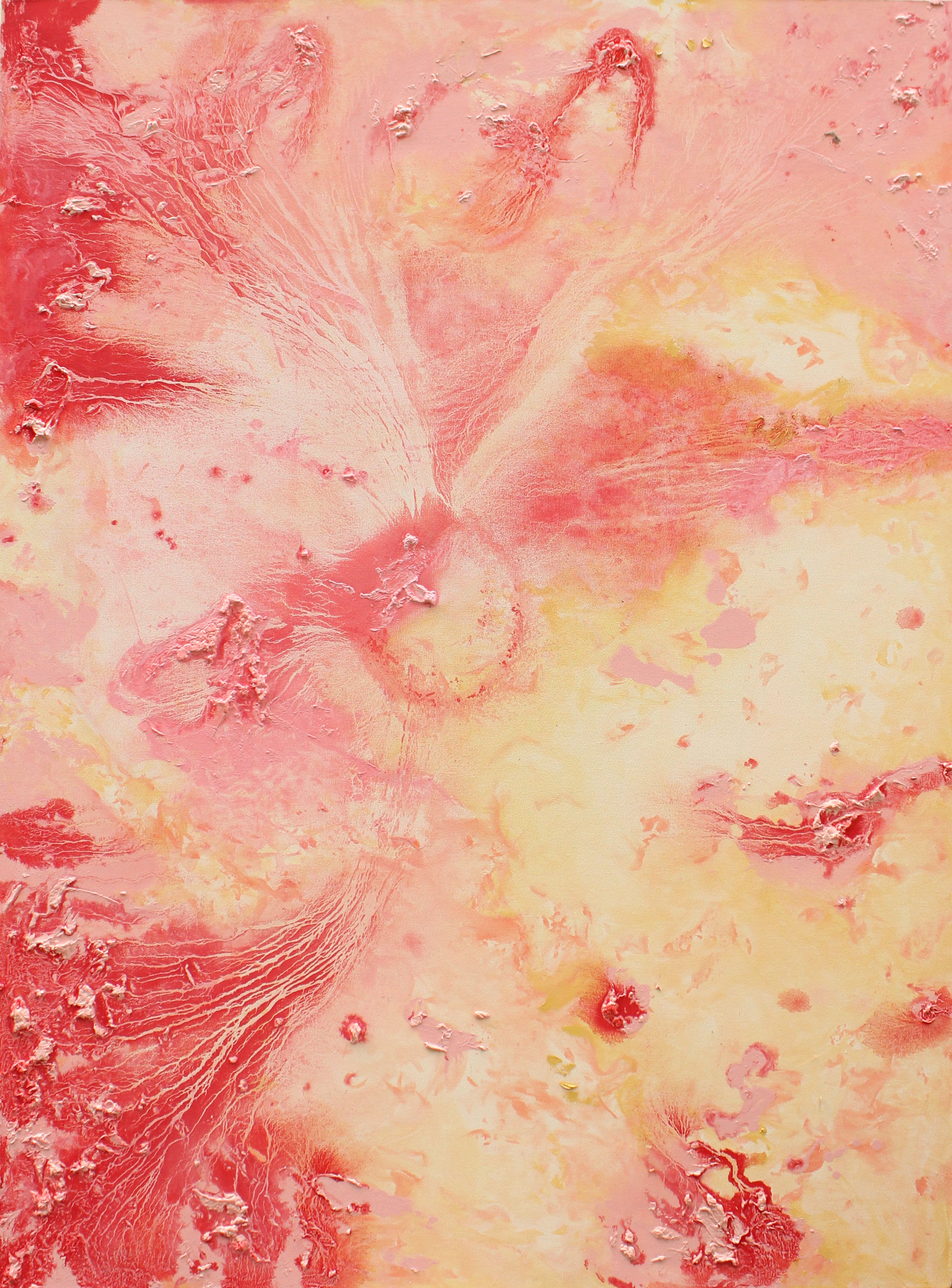 A recent Bachelor of Fine Art graduate from the university currently known as Rhodes, Dave Glover began his journey into the world of fine arts schooling on a disillusioned note.

Forming part of a nationwide class of fine art graduates who are increasingly experimenting with multiple mediums in their work, Dave cites his combination of film, photography, performance, and visual art as a way of opening up and interrogating the largely elitist and exclusive spaces that are South African galleries and arts schools. His final student exhibition, Privileged Pink Skin was a way for the artist to continue a personal dialogue, as well as critique and investigate the still largely unacknowledged position of the privileged, heterosexual, white, male in contemporary South Africa.

We caught up with Dave as part of our annual Fresh Meat Graduate series to find out a bit more about his student work, what he’s learnt along the way, and where he thinks he’ll end up next.

How and why did you become interested in the various artistic mediums you work with?

I guess it started with a disillusionment I felt with ‘fine art’ after my first year of study. I, like many of my contemporaries, started questioning the relevance of ‘high’ art, the academy, and the so called value prescribed in contemporary art and image making.

At first, the use of multiple mediums in my art making process were attempts to destabilise the stasis and stagnation that I feared would encroach into my art and exhibition spaces. I thought that simply adding sculpture, painting and film into a gallery would force the works to read off each other and become more accessible to the public, and would somehow transcend the problematics of a white cube space that lacked movement. My anxieties concerning art’s meaning, or a perceived lack thereof, led me to include performance into my art making. Including myself in the work, while simultaneously being an art work, became my method of bridging the gap between artist and art.

But when adding my living, breathing body to the work, I was conscious that such an inclusion was not a neutral one. My body, as art object, had an unshakable signifier and exposed my social location as a young, straight, white South African male.

The title of this body of work is Privileged Pink Skin and serves as a continuous dialogue I have been having with myself, that is constantly developing and changing. The themes present in the work are not a conclusion to a question I have asked myself, but rather, a single point in the continuous discussions and grappling I have with my maleness and my whiteness in relation to race and gender privilege.

At this moment, thinking back on what my whiteness and maleness means to me, as well as what it may mean to others, has become an ambiguous ritual. It has become a painful yet important journey into the self that makes me consider the less obvious violences that the privileged may project onto others by being birthed (not by choice) into a socialised space with undeniable dynamics of power and inequality.

The ‘South African Dream’, the ‘Rainbow Nation’, the myth of universal equality, is no longer believable. The luxury to live such a dream comes from a perpetual sleep, deepened by strong doses of privilege and leisure, and is the only world I have known.

While I take full responsibility for my social position, I simultaneously fail to dislocate myself.

My work may represent a jaded relationship with my white-maleness, but always brings the focus back to the very notions I wish to shed. What you see, in my work, is a narrative of a self-reflexive white male attempting to dislocate the dominance of his social position…yet HE is all you see.

What inspired a multimedia interrogation into the identity of a privileged, straight, white male and what did you find most interesting in the process of putting it all together?

The interesting part, as well as the most challenging part, was trying to express an often invisible notion, such as white privilege, and rendering it tangible, and visible. I didn’t want the space to read as a coming of age story, where the young white male suddenly becomes aware of his privilege claiming, “he gets it”, “he understands now”, “he can empathise”. I wanted to explore the gooey core of my own white privilege; the garish pinks; the oppressive sweet smell of it; the sugary sweetness that cocoons whiteness.

I am not saying whites should throw their hands up in the air and absolve social responsibility in matters of persisting inequality or privilege in South Africa, but rather encouraging a constant self-reflexivity. There needs to be an acknowledgment that ‘our’ privilege clings to us like honey.

The performance art aspect of your exhibition saw you bathing in a pool of milk and marshmallows. What inspired the decision to become directly involved in your exhibited artwork?

Again, it was to expose myself to the viewer. With notions of white privilege and patriarchy, the white male’s gaze is a violent tool of ‘othering’. This gaze tries to make ‘knowable’ all it surveys from a position of ideological invisibility and, in doing so, perpetuates inequality and others all who are not white and male. By washing myself in a bath full of milk and marshmallows, I lay literally and figuratively naked under the viewer’s gaze in an attempt to subvert the white male look.

This work takes a dig at the white male liberal, for although he may think subverting his gaze to the point of ‘blindness’ is all that is needed to ‘fix his racism’, he is still bathing in privilege. He washes in the nauseatingly sweet, pink, goo of excess that intersects race and gender privilege. No matter how much he thinks he is being morally cleansed, he resists or even fears relinquishing many of the benefits of patriarchal privilege.

Privileged Pink Skin follows the inevitable crisis that white South Africans need to face in order to be more accepting of South Africa’s emerging and re-emerging dialogues about race and gender hierarchies.

You’ve been involved in drama and music too. How do elements of theatrical and musical performance influence your visual art?

They all help in pushing different creative processes. My background in drama helps a great deal with the performance side of my art, while music has a more abstract influence. My music background may not feature in my art as melody, but rather directs a mindfulness with regard to the intangible or invisible. It forces you to think beyond the visual and to incorporate sounds, smells and even taste into art making.

You were a finalist in the 2014 Sasol New Signatures Competition. Can you tell us a bit about the work you submitted?

The work was a film of a performance I did in my third year called Seminal Work. This work was a bit tongue-in-cheek and followed a strange clay covered body, searching to identify with various famous art works, by inserting himself into projected copies of several artists’ seminal works.

The film’s aim was to critique the linear, Eurocentric art history canon, which all too often champions the white male artists, like Picasso, Warhol, Dali etc., as creative genius (a myth that is in need of challenging).

With South Africa’s recent discussions surrounding issues of race, class, and gender privilege, what do you think the role of art is in these conversations?

Well at times I am cynical about art’s ability to add that much to discussions concerning race, class and gender privilege, but then again they can certainly create reactions which start important dialogues. Think of Brett Murray’s The Spear for example. Can claims of Murray’s “freedom of expression” truly be an acceptable claim if his “freedom of expression” is perpetuating a white objectification and othering of blacks in this country?

To resist the urge to speak first and be the “loudest”, if that makes sense. As a young student in the academy there can be pressure for academic success. It can manifest in breeding confidence in your own opinions and encourages you to constantly argue and qualify your position. Although these are valuable lessons, sometimes one can be so focused on being heard that one does not stop to consider where that opinion comes from, or what influences that belief. Often taking time to hear others (I mean really listen to them) can destabilise and contest the certainty of how your world appears in relation to other people.

At this point, it is too early to tell. I feel I need to reflect a bit more of where I would like to be, and what I would like to do. In order for that to happen, a bit of distance is required from my last project before I start making any decisions.

Any advice for recent matriculates looking to pursue a degree in the arts?

“Have more questions than answers”, was advice I was given once by a person for whom I have great respect. This helped me become far more critical of what I used to think were “immovable” norms.

I know that this is quite often the advice that is given to young people and does sound a little clichéd, but questioning can start a trend of resisting seemingly fixed societal and institutional structures of oppression.

You may not find so-called answers to these questions immediately, or ever for that matter, but breeding a culture of questioning in this country is important. Take the recent questionings of university fee increases in the #feesmustfall campaign, or #rhodesmustfall. These constant dialogues are opening new ways of proposing change and opposing oppressive ideologies. These self-reflexive discussions are pushing new voices into the socio-political sphere, and are starting to be heard.

All photos by Justin Share except where stated otherwise.