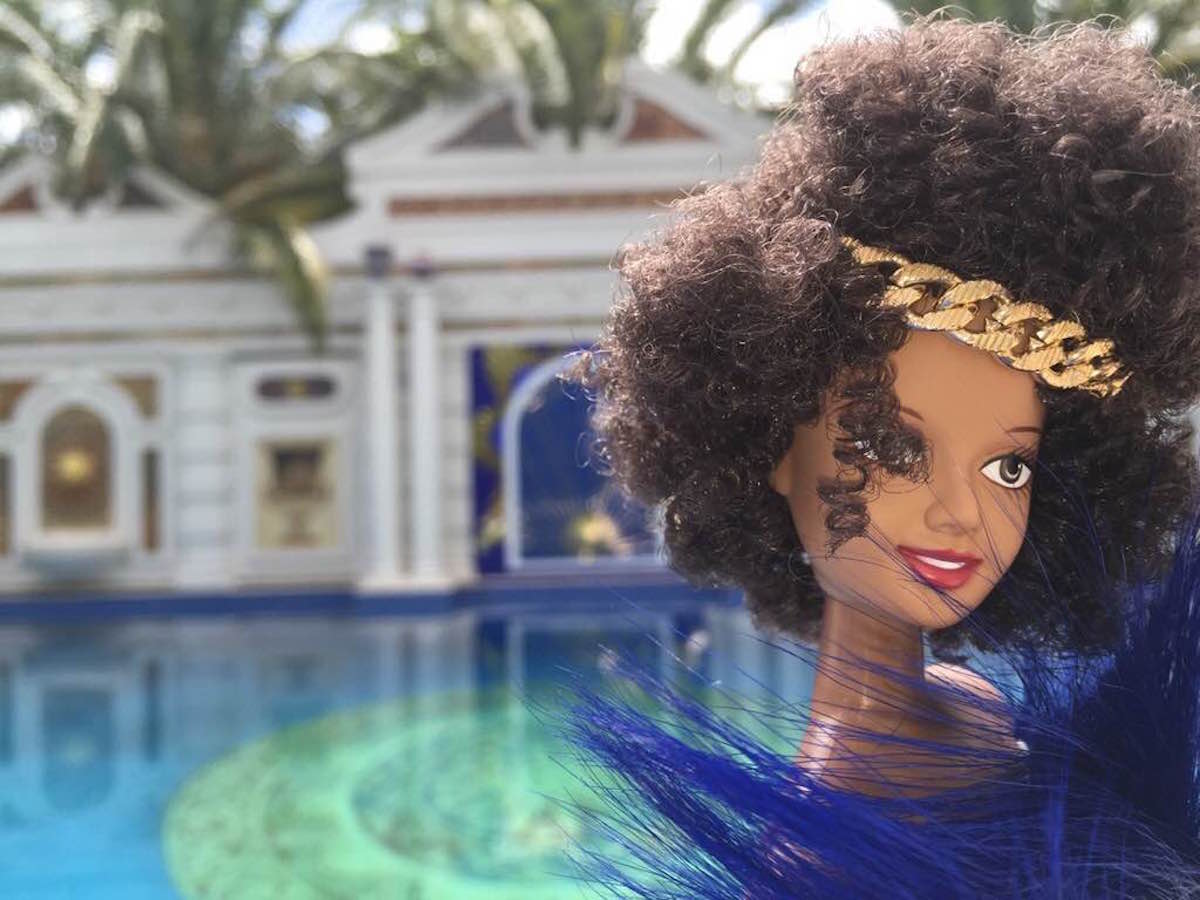 05 Feb Diversity in the toy world can help a lot in the real world: Welcome to Malaville

Posted at 09:10h in Fashion, Interviews by Layla Leiman
0 Likes
International fashion model Mala Bryan is launching her much-talked about Malaville doll range today. The Caribbean-born model, who spends her time between Cape Town and Miami, is an avid doll collector. The idea to developing a range of brown and black skin toned dolls with natural hair curls arose out of a gap she (and many others) perceived in the commercial doll market. “Diversity in the toy world can help very much in the real world,” Mala says. We came across Mala’s dolls a little while ago via the Instagram feed of our inimitable milliner friend Crystal Birch. The potential was too good to pass up, and we asked Crystal to style us a mini Mala doll shoot. In typical Crystal fashion, the looks come complete with custom-made hats and headdresses. We asked Mala a few questions about her dolls and the fantastical place called Malaville that Maisha, Mala, Malina and Mhina call home.
What prompted you to develop the Malaville dolls?
I’m a doll lover and had a dream a long time ago to have my own doll line one day. Seven years ago I started collecting Barbies and dolls from Integrity Toys (adult doll collectors) and realised that even though there were a few black dolls they all had long silky hair. So I had a strong urge to start the Malaville brand with dolls I felt were missing from the market, that being dolls in different shades of brown, little to no makeup but most importantly with kinky and curly hair.
Can you tell us why you think it’s important for each doll to have a different skin tone and hair curl?
Many children play with their dolls very seriously, and often times associate the dolls with themselves and their friends. Many black/brown children do not have dolls that they can relate to and children of other races do not have dolls that they can associate with their black/brown friends. So that right there pushed me even more to create dolls many children can relate to, because diversity in the toy world can help very much in the real world.
How have your experiences as an international model influenced your design and the aesthetics of the dolls?
My experience as a model allowed me to meet people of all colors and cultures. I’m very observant so I subconsciously made lots of mental notes. But it was my doll collecting and play that helped more when it came to designing my dolls. I knew what people were looking for by reading comments on doll collectors’ blogs and I combined that with what I also wished certain dolls had, which helped birth the debut collection.

What inspires the fashionable outfits that the Malaville girls wear?

The inspirations for fashionable outfits the girls wear come in different ways. Sometimes the feel of certain fabric would spark an idea, I love African prints because making the clothing on such a small scale allows each piece to look totally unique and that’s my obsession. There are times where I would wear an outfit and I get the urge to make a small scale version. I tend to just go with the flow, creating doll clothing can get so obsessive because once you start, the ideas just keep rolling in.

I read that you developed the dolls in Cape Town. Does anything of this city rub off in the dolls’ look and personality?

I’m based in Cape Town half of the year so when I started taking the project on seriously I was here, however there is something magical about Cape Town that gets my creative juices flowing. So I would say there’s a bit of Cape Town influence around, such as Malina doll loves to collects minerals (I love going to the scratch patch in Simons Town).