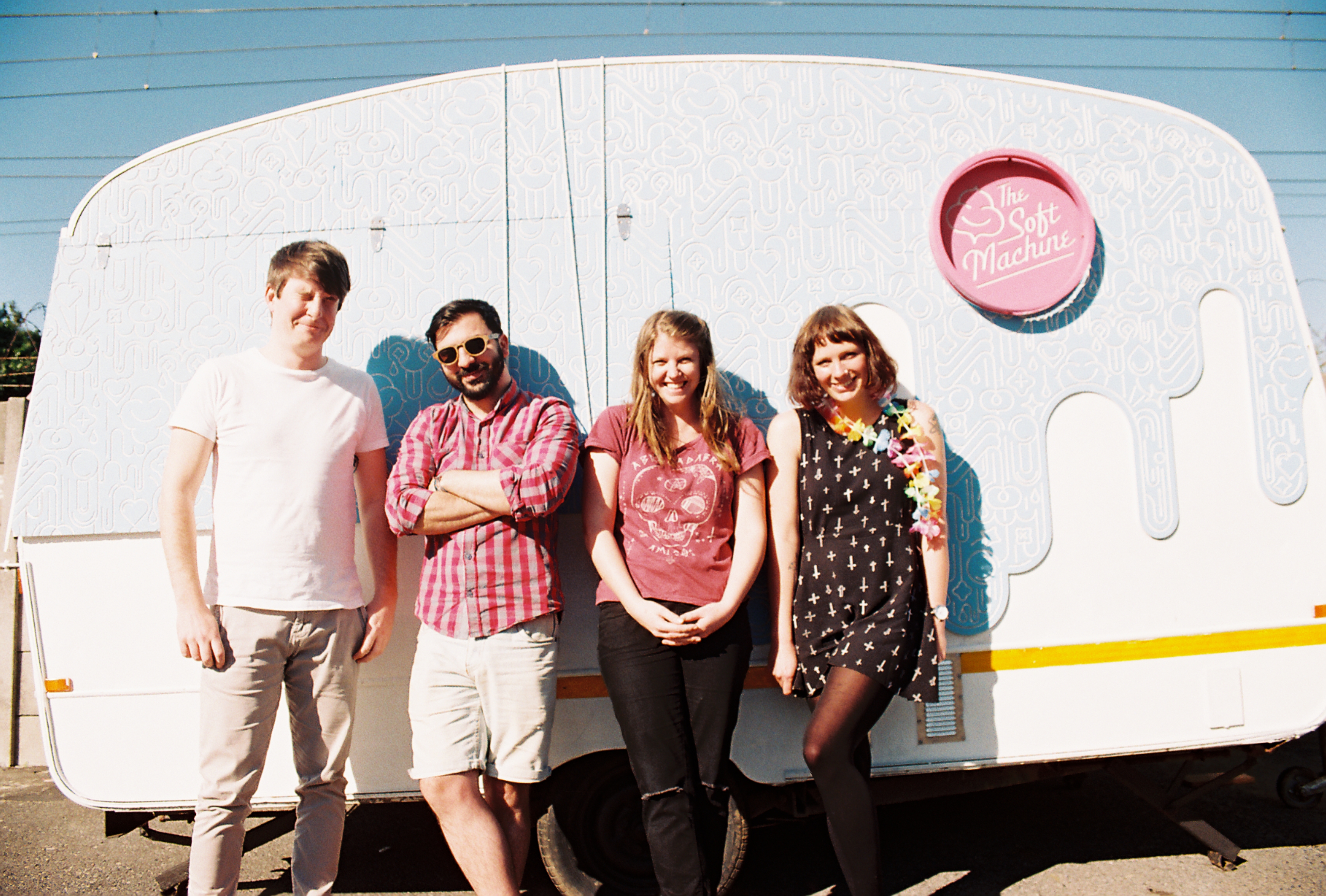 Update: Due to their singer leaving the country, Julia Robert will unfortunately be playing their last show on Tuesday 26 April. If you’re in Cape Town, be sure to give them an enthusiastic send off at ‘One Last Bash‘ with Black Lung and The Pranks at Manila Bar.

Mondays, in our opinion, have always been particularly good days for new music, and today we have the pleasure of premiering some brand new music in the form of the latest EP by Julia Robert.

Blasting straight out of Cape Town, the four-piece inject a much needed shot of adrenaline into the Mother City’s live music scene. A combination of punk, garage, and pop rock, Julia Robert are a band that love the music they make and have a hell of a lot of fun making it. Recorded live in studio, their latest EP Diamante mui Frustrante is essentially a three track collection of stories told through jagged basslines and rolling chords that ride a solid drumbeat, replete with undeniable lyrical hooks.

Give the EP a play through below, and then another while you read our short interview with the group, detailing their sound, thoughts on the local live music scene, and their name (which by the way, pays no homage to the actress, or anything pretty and pink for that matter).

First off, it’s a bit strange hearing “Julia Robert’s just brought out a new EP”. What’s the story behind the name?

Roderick and Tara were driving through the city bowl and Tara was hit by a wave of mystical inspiration. Sensing something spectacular, the world held its breath; and it was then that she suggested the name: Julia Robert. At that exact moment a ludicrous rainbow appeared and three thousand crows flew in formation over the city and off in the direction of Darling. They took it as a sign, and the name was set.

We don’t care much for the actress Julia Roberts; the name serves as a reminder to us of why we started this band: To have loads of fun and to not get overly serious with ourselves.

Tell us a bit about your latest EP.

Diamante mui Frustrante is our second EP and it was recorded by Warren Fisher and Yan Sanchez at Cape Audio College last year. Those two were awesome to work with: At one point we were all lying on the floor making bird sounds for the intro to The Store. Warren and Yan really indulged us there, but only because we give the best hugs.Then it was sent to AJ Cloete at Simplexity Productions who did a super duper mastering job on the three tracks.

In terms of sound it’s a mixed bag, starting a bit punky then getting a bit pop rocky and finishing with some stoner rock in the final track Queeny. The only consistent is that the songs are fun to play, which is what we always aim for.

As a genre, punk seems to have a short life span in Cape Town. What’s your take on the local punk scene?

We’ve had fun with punk bands like Swatting Bats. From what we can tell, the punk scene seems pretty solid in Cape Town, but we can’t really pronounce on it since we aren’t part of that, or any other scene.

Not getting stuck in one scene is very important to us. There are so many great rock, post-hardcore, groovecore, pop rock, folkhop and bluesy kind of things going in the city, getting pigeon-holed and only playing with one particular kind of band would break our little hearts.

You recorded the album live in studio. How crucial is it to your sound to do a full play through of a song when recording?

It’s really important to us. We want to present our work in a way that is honest. We don’t play live with a click track so fuck playing in the studio with a click. We also avoided overdubbing as much as possible. We did an overlay of the guitar in the chorus for Sugar, but other than that, what you hear is what you get when you come see us live.

Looking ahead, does Julia Robert have any tours booked or any gigs you’re particularly excited for?

In March The Factory is putting together a show with us and an awesome band of friends: The Valley. We’ll drop some details about that closer to the time. It’s going to be a big ol’ shindig for sure. After that we’re still finalising our gig dates for the next two months.

Touring is tough for us because we’re all working for the man from Monday to Friday. So if your readers would like to send us envelopes of cash we could quit our day jobs and live on the road until their money runs out.

Find more music by Julia Robert on their Soundcloud, keep up to date with the band via Facebook, and creep them on Instagram.