Written by Gabriella Pinto on May 5, 2016 in Art, Events, Featured

The 1:54 Contemporary African Art Fair opens in the big apple tomorrow before travelling to London in October. 1:54 posits itself as an opportunity dedicated to representing diversity in African art, and this year there are 17 exhibitors presenting over 60 artists from Africa and the diaspora. The extended programme includes lectures, films, screenings and panel debates with preeminent curators and art aficionados. Though we’re unable to zoot to New York to see the exhibit firsthand, these are the 10 African artists we’re excited to see making their mark on the global art stage.

Leonce Raphael Agbodjélou is the founder and director of the first photographic school in Benin and one of the country’s most outstanding photographers. His beautiful imagery portrays the tension experienced by those who are caught between longstanding traditions and notions of western progress. Resplendent in colour and cinematic in composition, his imagery is rich, elegant and tinged with a melancholic gaze for a country in flux.

Hailing from the Democratic Republic of Congo, Chéri Samba began his career as a billboard and comic strip artist. His large paintings embody a strong illustrative style and often include text. In 1989 his Paris exhibition, Les Magiciens de la Terre placed him on the global art map making him one of most well known contemporary African artists. Bold and allegorical, his work reveals social, political and economic perceptions and realities faced in the DRC.

The love for silk is evident in the fabric works of South African born artist, Billie Zangewa. Rather than using the medium of painting or photography, she allows the different textures of each fabric in a single artwork to disrupt easy viewing. The feminine subject in urban places is core throughout her work, which juxtaposes intimate and public moments of existence.

Edson Chagas works mostly in the medium of photography, creating images that explore how the city is experienced by it’s inhabitants. He unravels the relationship between invented urban spaces, how people inhabit them, and their relationships with objects in cities. Importantly, he asks; how does the organisational principals of Angolan cities develop knowledge, and what form does this knowledge take?

Inspired by the hubbub and urban advertising found in Kinshasa in the Democratic Republic of Congo, Kura Shomali seeks to reflect and process the energy of this African city. He works mainly on paper with gouche, ink, markers, collage, ballpoint pen and charcoal, but also delves into puppetry where he creates complex narratives which are filmed. Thematically, much of his work exposes the ongoing political turmoil in the DRC.

The multidisciplinary works of Morrocan artist Safaa Erruas have been exhibited in Tokyo, Paris, Belgium and Norway. Her sculptures are made from materials connected to traditional dressmaking and are reconfigured in intimate, fragile and sometimes violent abstractions. The dominance of white throughout her work encourages transformation due to it’s neutrality, while her constant subversion of domestic materials questions the everyday experiences of Moroccan women. Although she has been cited as a feminist artist, her work doesn’t limit itself to this interpretation.

The work of Fabrice Monteiro blurs photojournalism, fashion photography and portraiture. Born in Belgium and now working in Senegal, his photography is rooted in anthropological investigations, displays a sensitive eye and showcases a visual universe moulded by his genetic trans-cultural experience. This brings together both European and African knowledge systems through an amalgamation of symbols and lived histories.

Painter Amadou Sanogo is an autodidact and steers clear from academicism. A mix of the personal, political and historical has found its way into the visual language of his work. Humour, simplicity of form and unframed canvases are key elements used to confront greed, banality and stagnation in Mali.

Ghanian artist Ibrahim Mahana creates massive, overwhelming mountain-like installations from burlap sacks. Often situated in open public spaces, he aims to question the boundaries between civil participation and art beyond the confines of the traditional gallery. These large scale works of art also defy the innate values typically placed on sacks used by the Ghana Cocoa Board and the value of art objects. Many of his works are installed in market places and abandoned railway bridges commenting on capitalism and the art economy.

Fascinated by the role of mass media, Lawrence Lemoana’s work explores the didactic nature of media and its ability to control and shape our collective psyches. His cynical and satirical embroidery on Kanga fabrics comments on the collective consciousness of present day South Africans. Originally designed in the Netherlands, manufactured in the East and shipped to South Africa, the Kanga fabrics have become imbued with great spiritual and religious power, and yet their origins are elsewhere. This speaks to the imbalances of global trade and how it shapes the cultures in countries that have been previously colonised. 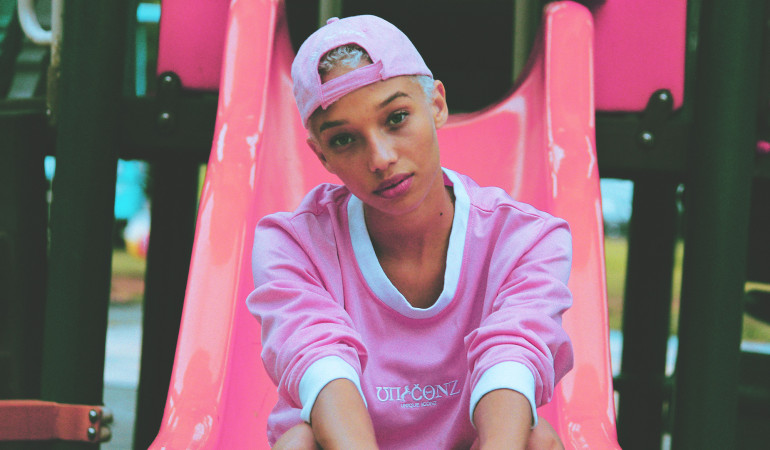 In Conversation: Carin Bester on ‘She had a name’ Durational Performance & Activism Through Art28 Total Shares

Creative Women Month Is Back: Bigger & Bolder Than Before3 Total Shares
document.write('')