Thulisizwe Mamba is a graphic design graduate from the Durban University of Technology and owner of conceptual design studio, Less.

His style is simple and thoughtful, largely characterised by his use of clean and minimal lines. The talented young graphic designer is passionate about formulating a modern African aesthetic and has invested time into creating a design language that reflects contemporary South African youth culture.

“I feel the primal traditional African aesthetic isn’t progressive. It is still pattern dependent, and it doesn’t fully reflect the current state of African identity. The framework is this question: How does a young African express their African-ness in the 21st century? I try and answer that question.”

Here we chat to Thulisizwe about his influences and creative process.

How and why did you become interested in digital design and illustration?

I got interested in digital design and illustration through music, back in high school, before I even knew what design or illustration was. I’d listen to a lot of music and marvel at the track art. I got curious as to how they were designed and illustrated. That was back in 2011 when I was listening to t3n’s ‘Live 4 Now’ that had track art done by an artist named Dragon76. I was always into art and technology, design and illustration just felt right.

Please tell us about some of the themes and ideas that you’ve been exploring in your student work?

There were various themes and explorations within the projects. However, I had in my mind, only one core theme, which was ‘a modern representation of the African aesthetic’ – neue-Africa.  Student work gets too Euro. I mean, it also depends on the correctness and suitability of the brief. But it gets too watered down. South African youth culture was another ‘theme’, I used it more so as a reference point for the broad scope of most of the student projects. 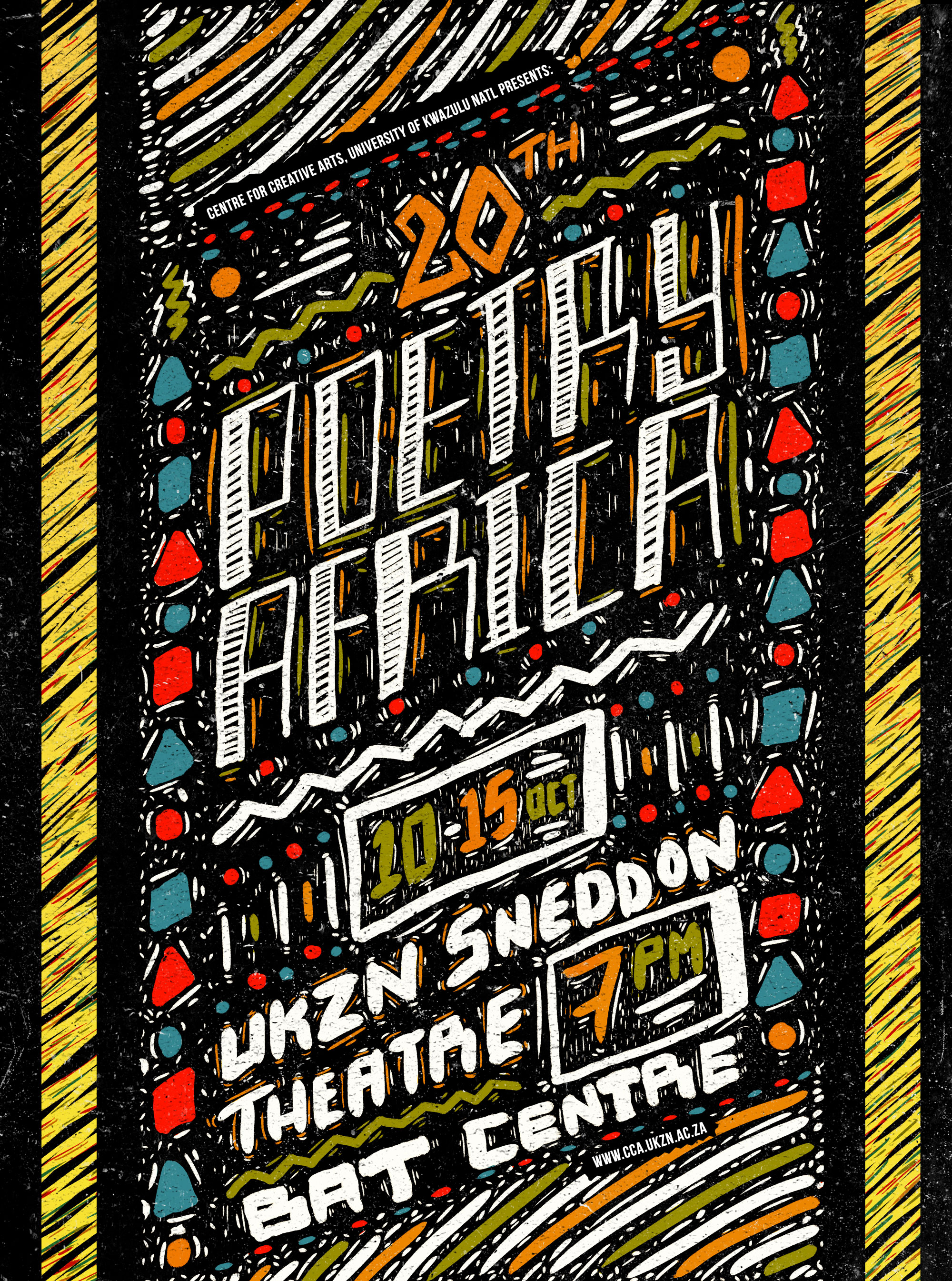 How did this feed into your final project? What was the concept and how did you execute it?
The themes didn’t feed into my final project, however, the 20th Poetry Africa project captured the neue-Africa aesthetic that I have been exploring as a concept throughout the years at Tech. The output of the project was a poster with strong Spaza shop typography, an unpolished, texture heavy look with earth-tone colours. Very hand done with a diagonal composition of elements on a busy patterned background.
What has your experience as a student been like? What valuable lessons did you learn along the way?
My experience as a student was weird. I spent more time doing personal projects and client work than student work. I’d rush to complete the school projects so I can have time to do my own things. In the third quarter of 2nd year, I decided to get a job – I was so bored. I got a job as a digital designer, had to juggle school work, the job and client work, and personal work. I did the Superbalist project in the basement library on campus between classes and break (it was lit, livin’ my best life). The most valuable lesson that I had to learn the hard way was: It’s about the money.  Be about the money. Yes, love graphic design, don’t make money the first and only goal, but at the end of the day you’re not designing for the fun of it, you’re trying to get a jet too, right? They won’t teach you about pricing for design work at school. Oh, and, don’t put check boxes on your personal growth as a designer and as a person. Growth has no end point in this life thing, fam. 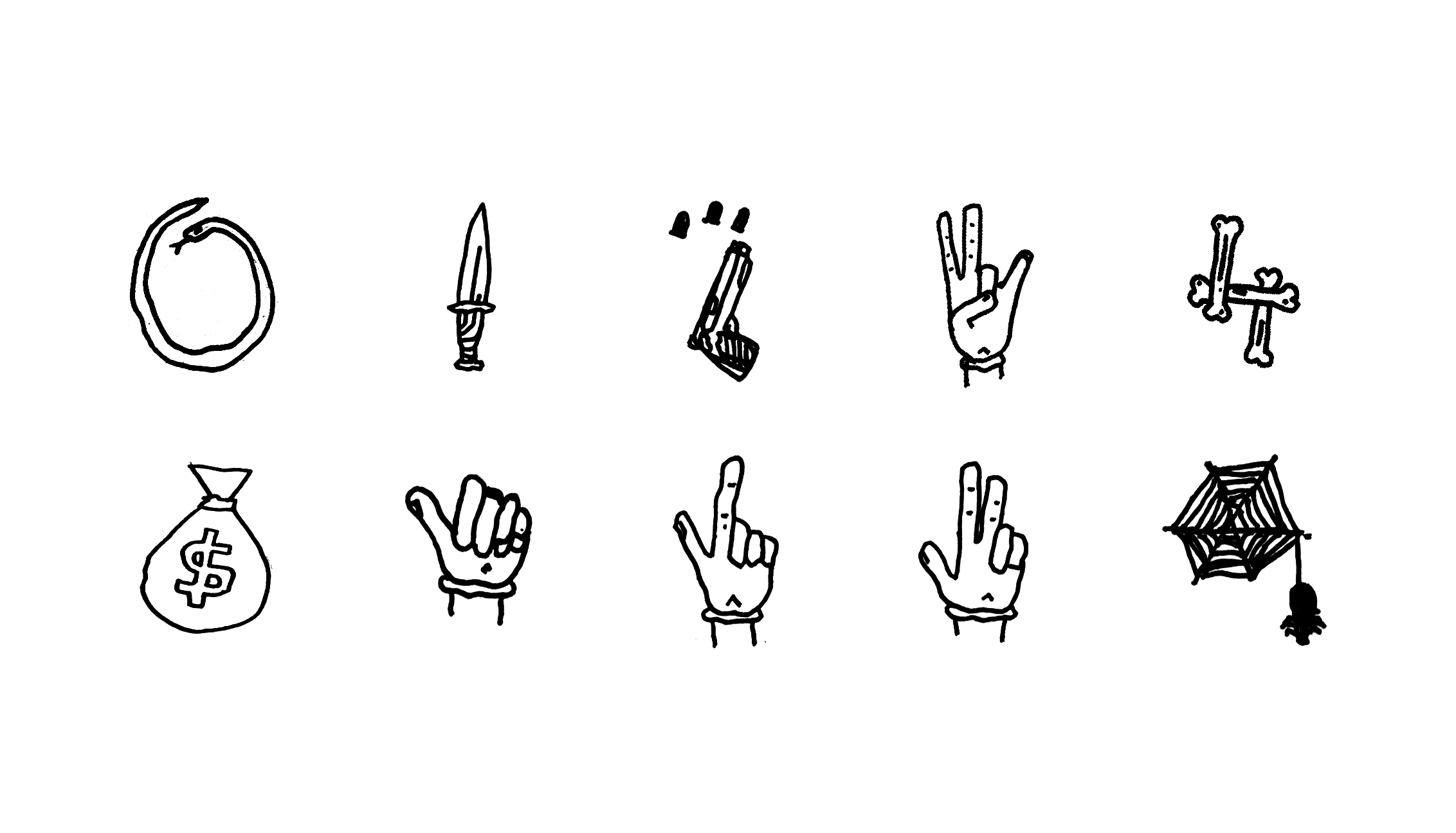 Please tell us about your creative process.
Ah, my creative process. It all starts with words hey. But the process isn’t fixed to words only. For an illustration, I word look for visual words that translate the text into an image easily. Once I have a couple of words, I cut them down to three. From the three, I do little sketches of each. See which one feels right (creating things from your gut is another thing ain’t nobody gon’ teach you, but you’ll live), after the selection I source reference images that have nothing to do with the context of the brief. It helps in opening up to new ideas and ways of doing the project. I then draw at A4 size, fine-line it with a cheap fineliner (they bleed a lot, makes the linework a tad bit messy and fun), scan the illustration with my phone, hop into Photoshop and start with two basic colours that I would then layer up and add adjustments to as I colour in the illustration. My creative process isn’t that deep.
What’s the best piece of advice you received while studying?
The best advice I’ve received while studying was no advice. Weird, right? But advice can became a proxy of the one giving the advice to the one listening to the advice, therefore limiting the depth of the one taking the advice’s work. I’m not saying taking advice is bad, but this is design and illustration, there are a million solutions to one thing. You need to have a backbone and you need to filter your worth on your own frameworks, not the next person – regardless of their position. With that being said, the best advice I’ve read about while studying was:
“It needs more love.” 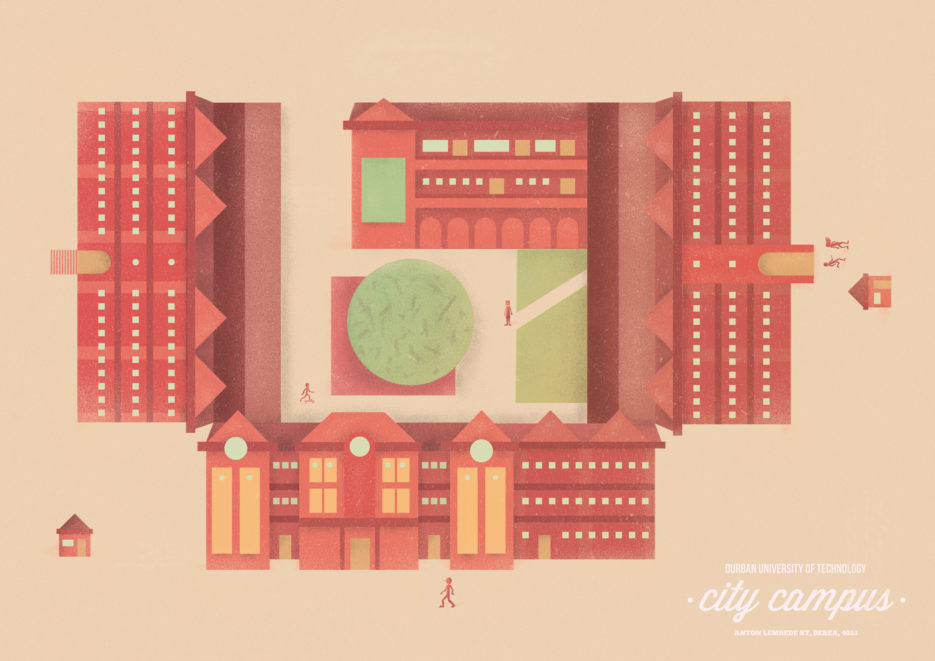 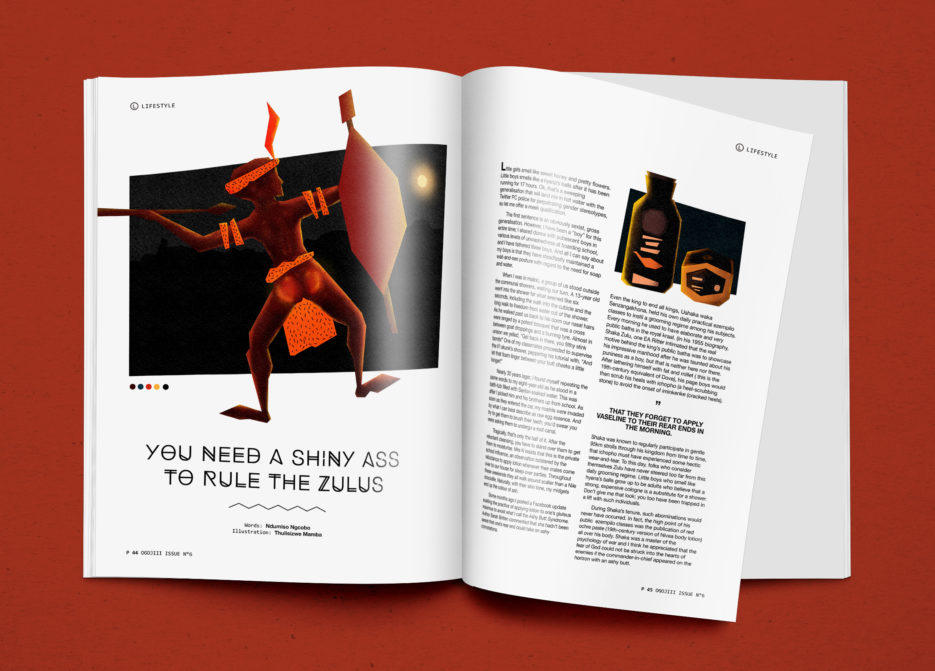 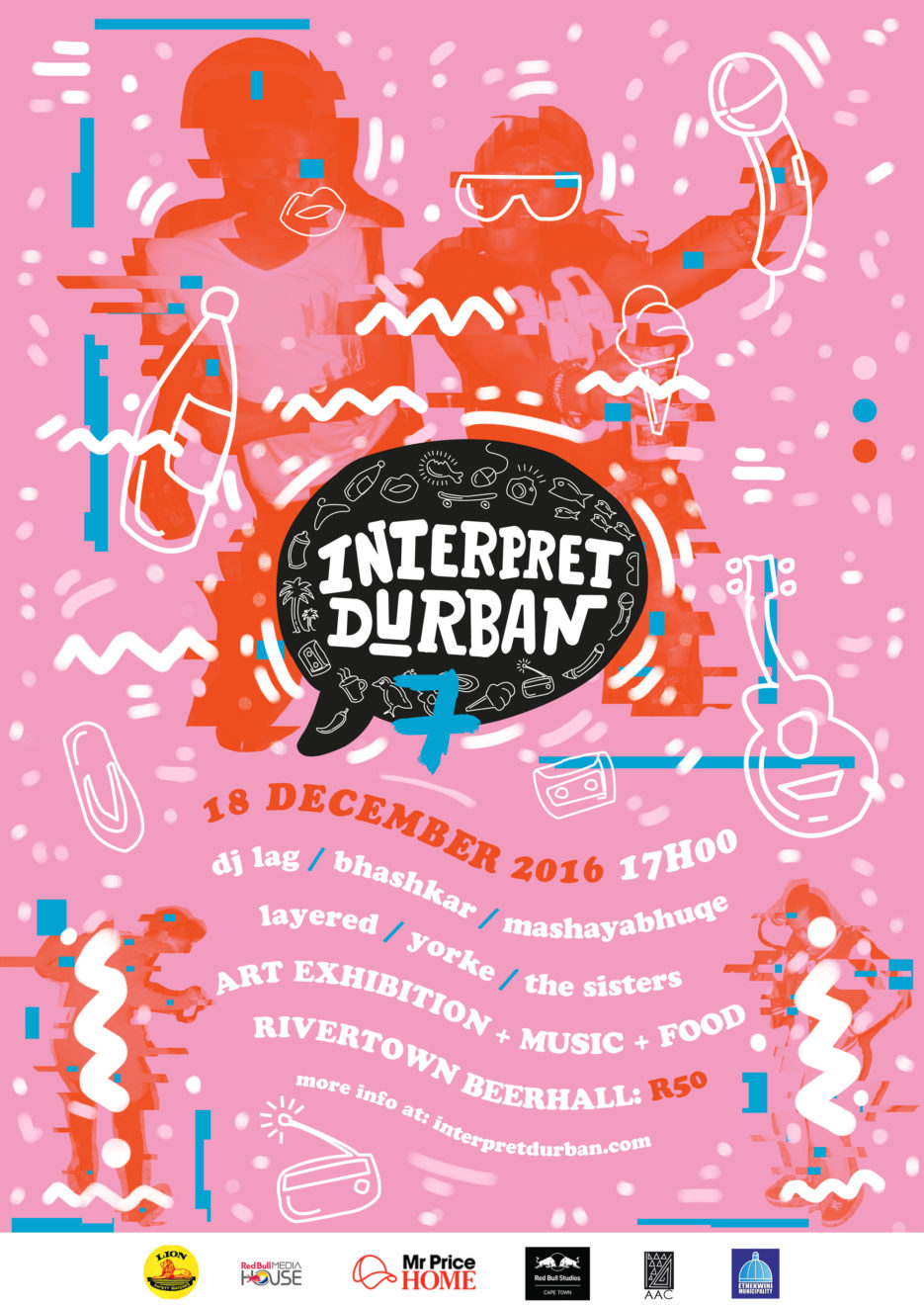 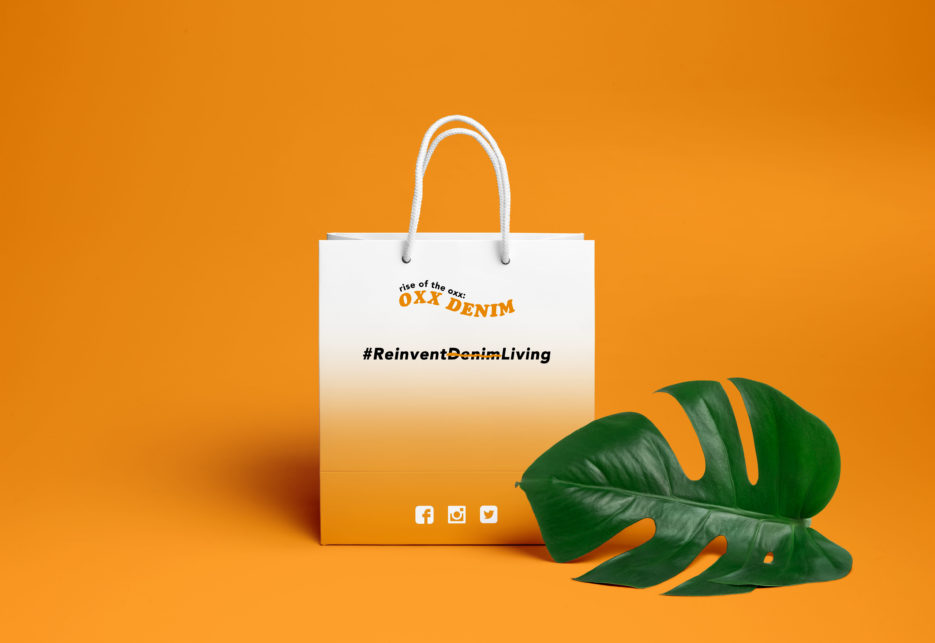 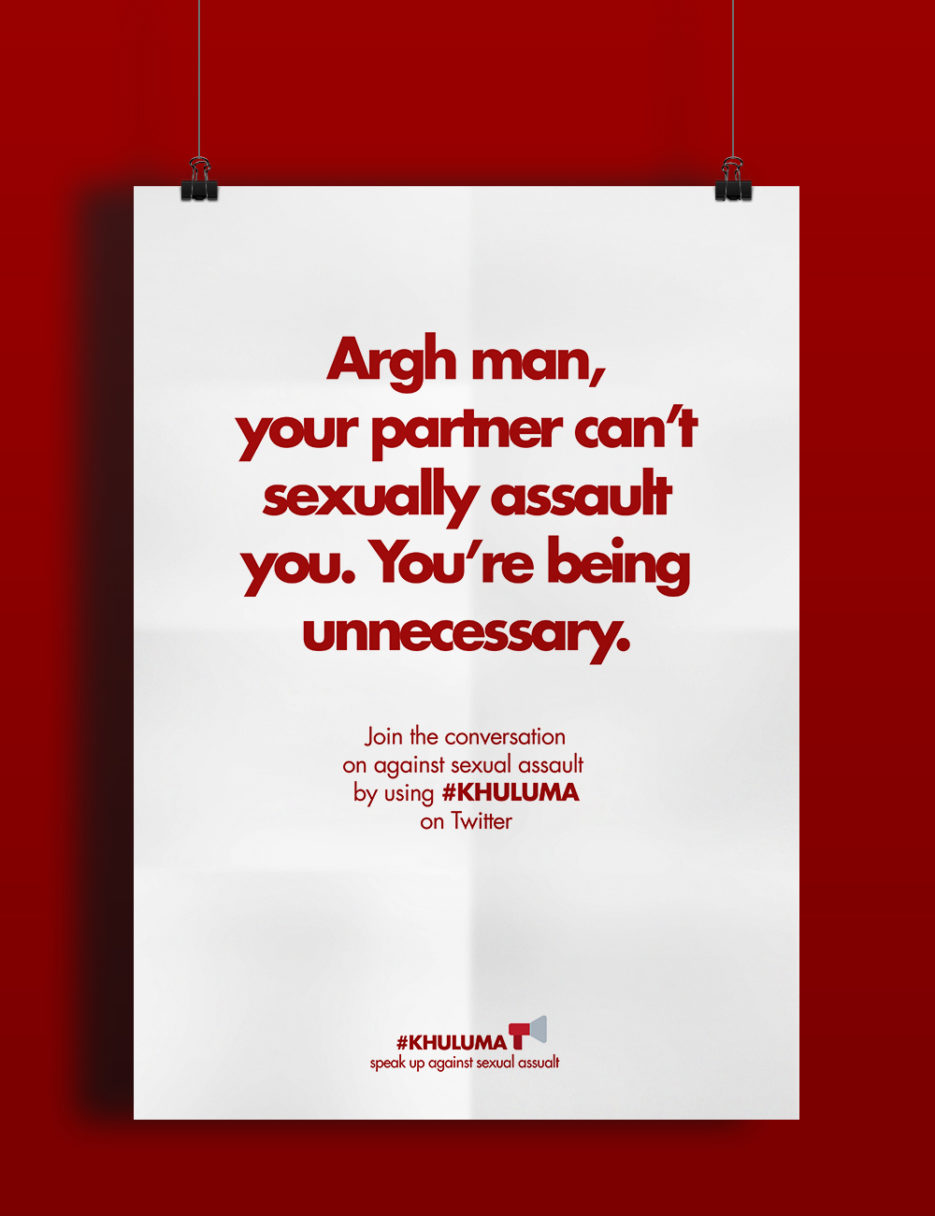