Bryan Little on directing ‘Fokofpolisiekar: Forgive Them for They Know Not What They Do’.

When Fokofpolisiekar emerged on the scene in 2003, they unleashed deep-seated sentiments simmering beneath the surface of young white Afrikaaners. Their name sparked outrage and their lyrics spoke to the fears and frustrations of growing up in conservative Calvinist households. By way of appearance, they weren’t your typical punk-rock band, but as artists, they made music that, both shook-up and shaped a generation.

Their documentary, Fokofpolisiekar: Forgive Them for They Know Not What They Do was released in 2009 and won the Audience Award at Encounters Documentary Festival that year. It was recently released on ShowMax as a forerunner to a their new album release, or so the rumours say!

We caught up with the film’s director, Bryan Little, to speak about the relevance and history of the documentary. 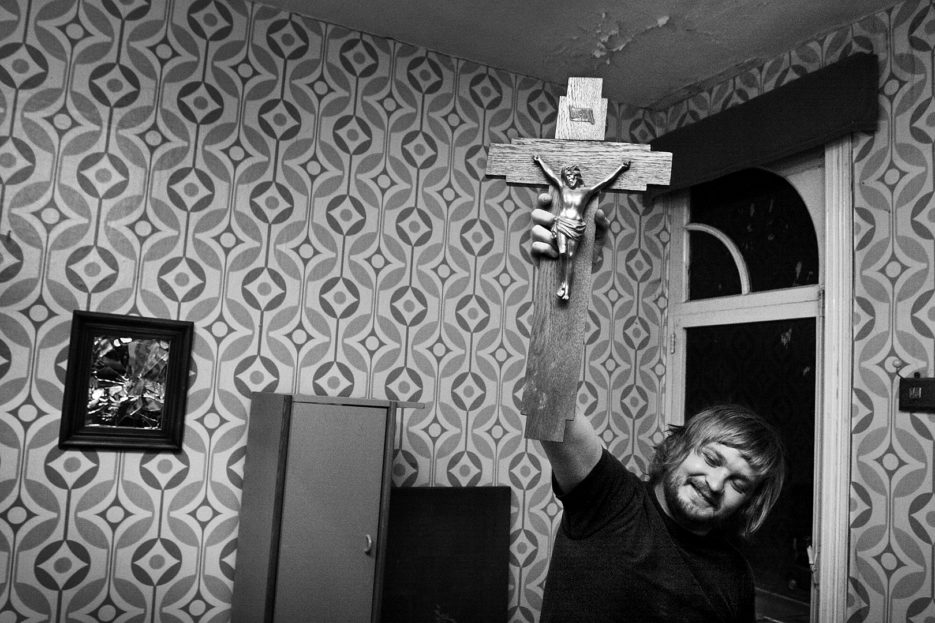 How did you come to direct Fokofpolisiekar: Forgive Them for They Know Not What They Do?

I always loved the band and was super jealous because my friend and fellow film student at City Varsity, Johan Nel, was directing all of their music videos. I got to play rugby in one with Corne & Twakkie which was terrifying – not the two funny men, but rather the locker room which was a den of depravity and not at all a suitable preparation for a hardcore-no-rules-contact-sport with 30 young mal Afrikaners in their physical prime all fired up on brandy and their hero’s music. It was downright dangerous.

At their first gig I knew there was something special about them. I was perched on one of the speaker stacks about to stage dive, t-shirt torn to ribbons, blood running down my face, and I took a moment to look out over the crowd – I’ll never forget the transcendental look on the faces in that crowd. Their faces told me something more was going on than just the incredible punk rock that they were belting out.

“The songs have English sub-titles and are some of the most powerful pieces of literature I have seen come out of this country. In the film the journalist Rebecca Kahn quotes Antjie Krog, referring to the band; ‘It used to be that poets were rockstars, and now rockstars are poets’ “

These where otherwise ordinary kids and not the Mohawk punks I was accustomed to at these types of show. They were the obedient sons and daughters of dentists, farmers and clergymen. I wanted to understand what it was that made these kids lose it so thoroughly. What was it that fuelled this transcendent look on their faces?  On a human level that’s essentially what set me off on the journey.

As a filmmaker I was already looking for a story and found myself in the middle of one. I wanted to explore ‘feature length’ storytelling and a documentary seemed the most accessible. It’s a sort of cheap way to explore longer format storytelling. It’s terrifying, but I am learning, and it will definitely contribute a lot to my fiction films which I am moving towards now. 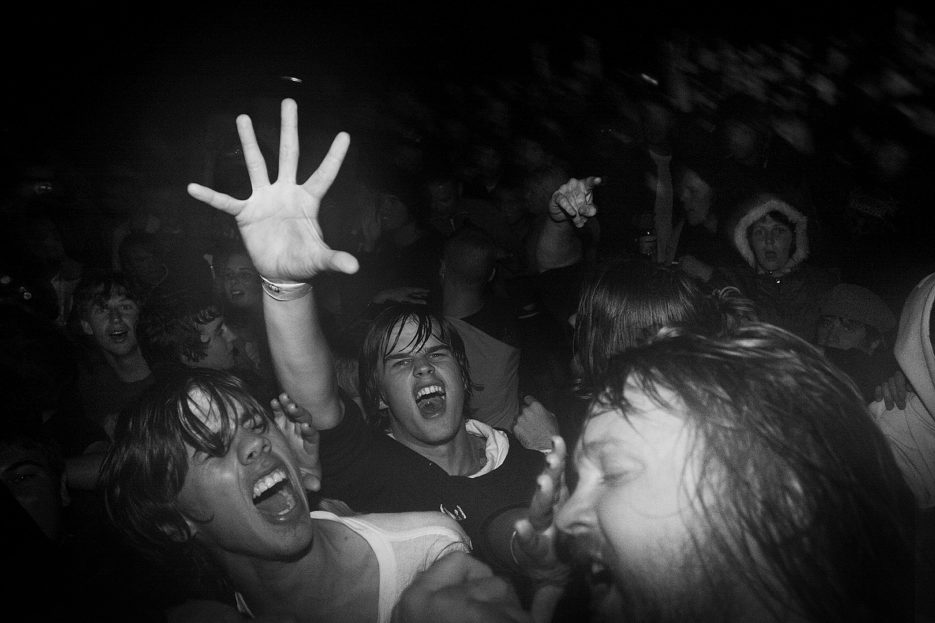 In Christianity, “forgive them for they know not what they do”, is believed to have been Christ’s last message on the cross. It’s also the name of the film. Can you speak to the significance of this?

We knew we would have to differentiate the film from the band’s name, but I really wanted to use their name in the title as it was so iconic and at the time made such a statement before they even played a note. We had to have a tagline of sorts and the ‘quote’ from Jesus just came to me one day – who knows where these things come from!  It immediately gave me goosebumps and it felt appropriate on many levels.

The band has a challenging relationship with their own faith and they received backlash from the conservative Afrikaans community for questioning it. I also always noticed a reluctance on their part to claim ownership of this ‘revolution’ as ‘a voice of a generation’ that was being thrust upon them. They genuinely and very honestly were just expressing their own fears, misgiving and anger. Guilt and forgiveness are such a part of where they came from, these things are all intertwined around their guts.

“White Afrikaans kids just weren’t on any funder’s wish list, but we believed the story was still relevant and important so we persevered through all the rejections.”

I also found it ironic that they ended up being protected by the police from fundamentalist Christians. It’s so layered and complex and I liked how provocative and poignant it would be to reference Jesus Christ in the title of the film. As with the best of Hunter Kennedy’s lyrics it is also ambiguous, so you don’t know who it’s exactly speaking to… the band, or their detractors?

The trailer mentions the presence of guilt in Afrikaner culture. How did Fokofpolisekar’s music and the documentary respond to these sentiments?

As Chris Chameleon says in the film, “Guilt is such a big part of Afrikaner culture, even if you didn’t do anything wrong, if someone says you did – you will just feel guilty. If you smoke a cigarette you are going to hell”, and, how can you do this to your mother?”

It’s a big part of the the Calvinistic culture and something that scares the crap out of me, especially when self-expression and non-conformity are a sentence to a nightmare projected onto kids from the moment they can walk. With the end of apartheid too, there is deep guilt and anger and confusion. I can’t judge or even personally come to terms with that. I feel it too as a white man, but somehow it is different to the institutionalised guilt they face. It just seems to run through everything in their culture.

You have to watch the film and especially the lyrics of the songs to see just how deeply affected they and their fans are by this dogma. The songs have English sub-titles and are some of the most powerful pieces of literature I have seen come out of this country. In the film the journalist Rebecca Kahn quotes Antjie Krog, referring to the band; “It used to be that poets were rockstars, and now rockstars are poets.”

What inspired the film’s aesthetic?

We started by going on tour with them and predominantly filming the faces of the fans using a 16mm bolex camera. It was incredibly challenging to capture – low light on slow film stock. I would turn spotlights on and off to the rhythm of the songs while cinematographer Grant Appleton would film bursts at a 100 frames. Those mosh pits where no joke and we often had sweat in and on the lens. The footage is powerful and almost ethereal – this definitely informed a lot of the film’s aesthetic.

The band’s own massive archive of ‘home videos’ was a key element in the storytelling. Particularly when it comes to the discovery and affecting sympathy with the characters; this footage also brought a certain raw aesthetic to the project which I augmented with VHS tape transitions aesthetically referencing our childhoods and time in history.

The documentary was filmed over four years. What was most challenging aspect of filming over an extended time period?

Funding for a four year project was the most challenging thing. We understood this from the start as it was definitely not a politically correct or fashionable subject to be exploring. White Afrikaans kids just weren’t on any funder’s wish list, but we believed the story was still relevant and important so we persevered through all the rejections.

“There is something so powerful about fulfilling your own dreams, no matter how impossible they seem. I’m proud we pulled it off. Nothing can take that away.”

Afterwards, people who had declined suddenly wanted to put their logos on it. It’s a strange world. Hopefully it gets easier, but I doubt it. Werner Herzog, one of my heroes, told me that every film is wrestled from the hands of the devil. That’s typically dramatic of him, but something that sadly rings true.

It was released on Showmax this month even though it came out in 2009. What has the response been like so far?

I am not sure yet to be honest. A lot of fans have sent us messages saying things like, “My friend and I watched this film everyday for four months!” and all sorts of incredibly powerful testimonials of what this film has done for them.

Other than festivals which it did very well in, it has lived until now through fans pirating the film and we are grateful for that. I really look forward to seeing how a broader audience responds to in the film.

Looking back, what were some of the key moments while filming that’s remained with you to this day?

It wasn’t really a process that was great for the memory. The whole thing was a wild roller-coaster, and I feel privileged to have spent time with this unique group of people, as well as working with my friends and fellow filmmakers, Filipa Domingues and Grant Appleton. There is something so powerful about fulfilling your own dreams, no matter how impossible they seem. I’m proud we pulled it off. Nothing can take that away.

As the director, what was most the most important thing for you to capture about the band?

Hunter told me at the onset that,“it’s got to be relevant”. This challenged and guided me through the entire process. Now in 2017, I think it is even more relevant. As Hunter says in the film, “10 years after apartheid – we felt like nothing much has changed in the psyches of the Afrikaner people”. Let’s just say it’s now 20 years… 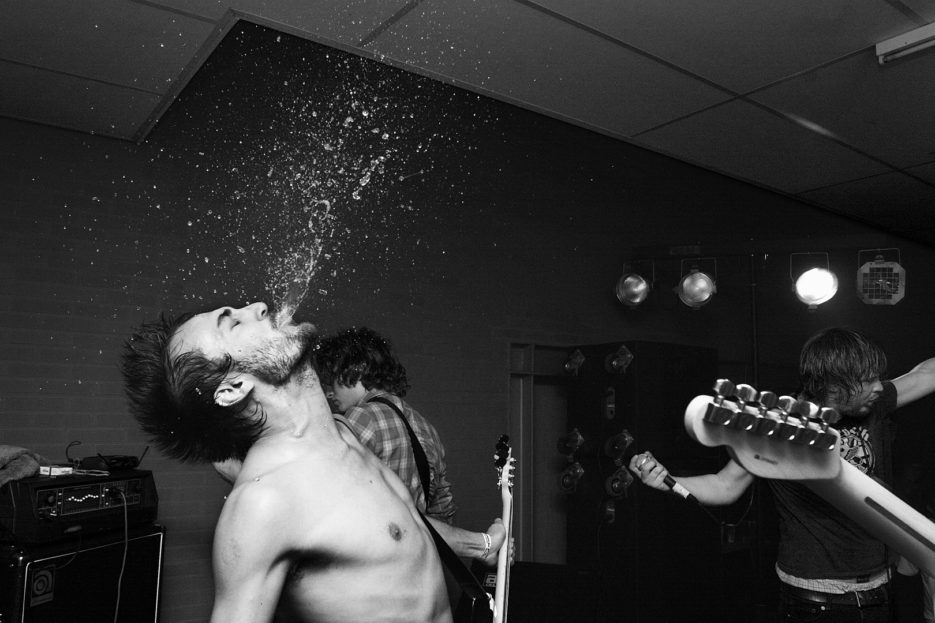 Our Top 5 Favourite Collaborations of 2020 So Far68 Total Shares