26 Jan Your existential horoscope: Why so many new things, all the time?

Posted at 12:35h in Horoscopes by Rosa Lyster
0 Likes

I know astrology isn’t real, but I love it anyway. Think of these as existential horoscopes, or else the end result of me reading Susan Miller until my eyes start hurting. Don’t @ me about how astrology is stupid OR to tell me that I am showing insufficient reverence for a great and mystical tradition. I already know both those things. I am holding those contradictory truths in my mind, and I’m not even a Gemini.

When I was younger I used to hide cigarettes from myself because I knew I would need them at a later stage. This is a personal high point in terms of forward planning, but that is not the point. The point is, you are going to find some cigarettes this month. Some metaphorical cigarettes. Maybe you will get paid for something you forgot you did, or maybe a lady you were friendly to on the bus will turn to be your benefactress. Maybe your best friend will just show up at your house and give you an amazing hug. This is such a surprise, you will think. Yaaaaaaaaaaaaaaaaaaaaaaaay. Who could have predicted this delightful turn of events? YOU could have predicted it, actually, because you made it happen. What a champion. Happy birthday!

You are going to have to do a favour for someone you actually quite hate, this month 🙁 You are going to have to help them out in some significant way and they will not even be grateful and you will not even get any credit. But wait. Just as you reach peak dissatisfaction, a certain feeling will wash over you, and a very particular kind of smile will creep across your face. You will look down and see that you are riding a beautiful high horse. You will look at your map and see an arrow pointing to MORAL HIGH GROUND, and you will see that you are unstoppably headed in that direction. No one can touch you. You are so good, now, like some kind of withered Italian saint, smiling all the time and making everyone else look bad, and you will find that the rewards of this are just immeasurable.

Everyone has a duty in this life. This month, your duty is to RELAX. CALM DOWN. I am not saying this for your benefit as much as I am saying it for everyone else’s. You have been bopping around like one of those extremely bouncy rubber balls that just go everywhere and it makes everyone’s neck hurt to even follow your movements. Our eyes hurt also. Please. Think of me as a coach, and this horoscope as when the coach blows the whistle to take you off the field. Sit DOWN for ten minutes, at least.

Melania Trump is a Taurus. I am not sure if this fact confirms everything I have ever known about Tauruses, or whether it negates it. Shouldn’t she be a Scorpio, or at least an Aries? Then again, Saddam Hussein, Pol Pot, Lenin, Catherine the Great, and actual Hitler were also Tauruses. I don’t know. The world is a very strange place. Maybe rather just take the Melania thing as an indication that you are just FULL of surprises. You are a mystery. You contain multitudes, etc. Take this knowledge and use it for good.

You give other people too much credit. You assume that they are as watchful as you, that they are picking up as many of the vibes, and remembering everything, taking all the information they have gathered and polishing it into a fearful diamond. They are not. Most people walk around not knowing ANYTHING like 75% of the time. Not you, though. You little owl. You little human telescope. Most people don’t get it, so try not to be too cross with them. They are working with slightly inferior equipment. Be nice. 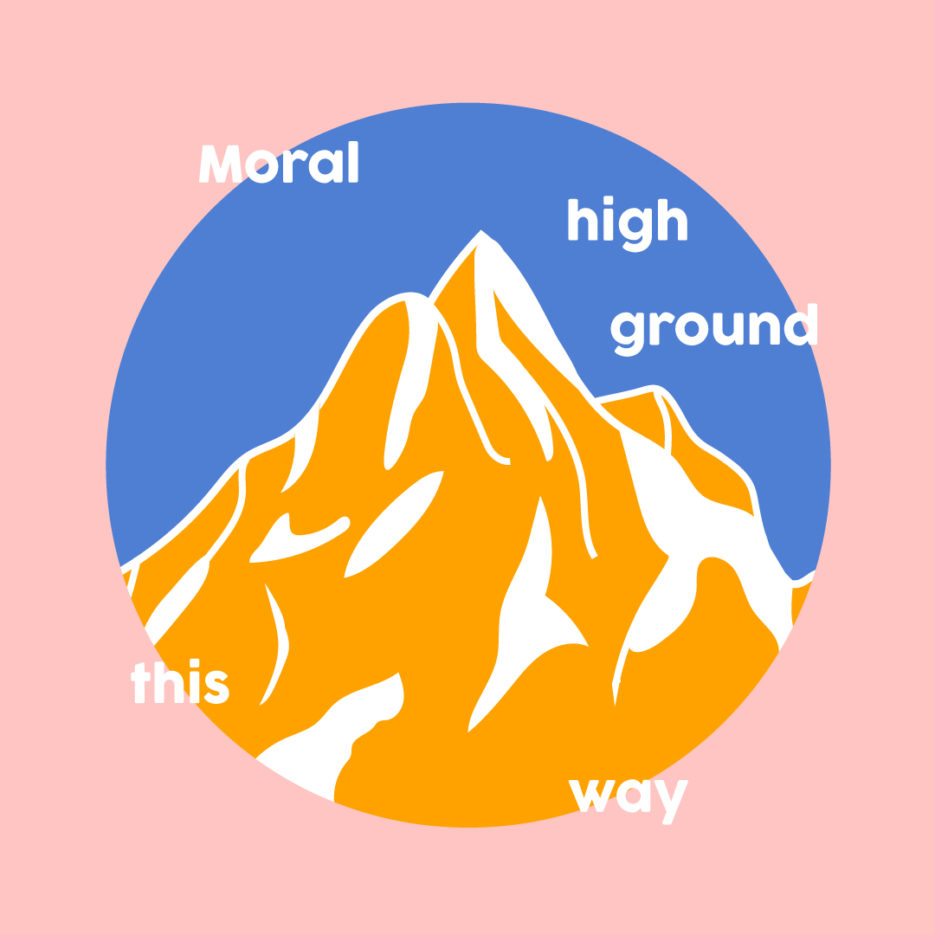 Be brave. Be brave be brave be brave. You are saying to yourself right that now that you are ALREADY being brave. What more can you do? More. You are already doing very good trying and being very brave, and it seems like there is not a whole lot left of you, but there is more. Cancers get a lot of shit for being all drippy and sensitive and loving to cry too much. You do love to cry a lot, but you are also a crab. Crabs are powerful. I just googled “most dangerous crabs”, and you should too. Think of yourself as one of those giant spider crabs: scary and brave and tough and could easily kill a man. Be BRAVE.

You’ve never liked January. Everyone taking ages to get moving and being all abstemious and not wanting to go to parties etc. Yuck. They might be onto something, though. Am I saying you should embrace being bored for a bit? Maybe. You should at least embrace health, and drinking a lot of water, and going to bed at a decent hour. Vitamins and so on.

Michael Jackson was a Virgo. How do you like that. You should read this profile. Good hey. And too sad. There are many things to say about Michael Jackson, and some of it is bad, but a lot of it is good. It’s Michael Jackson we are talking about here. A deep and profound weirdo, a creature from Mars, but also a perfectionist and a HARD WORKER. A person who knows how to do whatever weird thing they have decided to do, and how to do it better than anyone else. A Virgo. Amazing. Carry on.

Spare a thought for old Tiffany Trump, a Libra of the classic type. She is dating a man who for some reason is called Ross Mechanic. She cropped out her own head in her Twitter background. Her dad has said that he is “less proud” of her than he is of his other children. Wtf. Tiffany! What has she done to deserve such treatment? This month, you are Tiffany, just slinking around feeling overlooked and underappreciated. Everyone sucks. It will pass fairly soon, but for the moment just keep your head down and remind yourself that at least you aren’t actually Tiffany Trump, dating a man called Ross Mechanic, daughter of a genuinely Bad Man, stepdaughter to the witch queen Melania, stepsister to Ivanka. IVANKA. This is not much, in terms of consolation, but it is something. 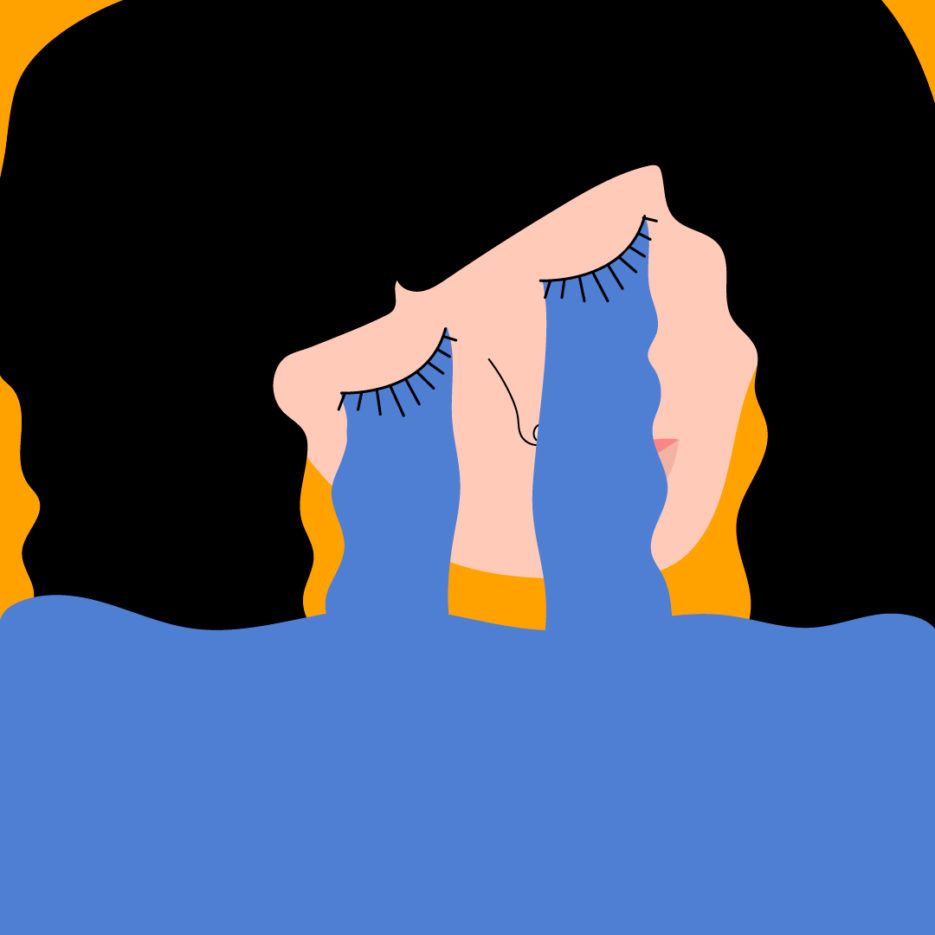 This is a month of repeated revelations. It will all start to seem a bit much. Can this world not just give it a rest? Why so many new things, all the time? You will come home and your bed will have moved ever so slightly to the left. You will see that your favourite plant is growing different coloured flowers from its normal ones. You will look around and think is this ghosts? It’s not ghosts. It’s just change. You are very adaptable but it seems a bit powerful, even for you. It’s going to be fine, though. Believe it or not, it will actually be fun. Write “IT’S NOT GHOSTS IT’S JUST CHANGE” on a piece of paper and stick it on your bathroom mirror. Repeat it to yourself as you brush your teeth.

2017 got off to a questionable start, no? I think I can speak for all Sagittarians when I say that it could have been better. For example, my car caught on fire the other day. Just…on fire. It wasn’t on fire and then it was, and it took me a little while to register the change. Your car isn’t supposed to just go on fire like that. 2017 wasn’t meant to start like this. HOWEVER. The next thing that happened after my car went on fire is that many many many people stopped to help me. All kinds of people pulled over, and the firemen came, and a very nice policeman told me never to rely on French cars. A tow truck driver bought me a juice. This is all a metaphor. Your metaphorical car might catch on fire, this month, but people will swoop into help, bringing buckets of water and juice. Don’t feel too sorry for yourself, is what I’m saying. You’re very lucky.

Hmm. You know how Fake News is a thing now? Like how we all have to be on our guard for news that is Not Real but which looks real in almost every respect. You are going to feel, this month, like you are marooned on Planet Fake News. Like everything you are told has the apparent ring of truth, but which then turns out to be total bullshit. Or else you think you’ve understood a situation and its dynamics, and you turn out to have got the whole thing backwards. It’s unsettling, because you are normally very good at this. Welcome to 2017, I guess. It will pass.