Fashion can be a powerful way of toppling and dismantling preconceived notions and binaries. As a way of exploring this further, we collaborated with fashion designer, illustrator, model and stylist Sihle Khumalo to create a a series of warmly lit, stylised photographs which do away with rigid classifiers and gender labels. 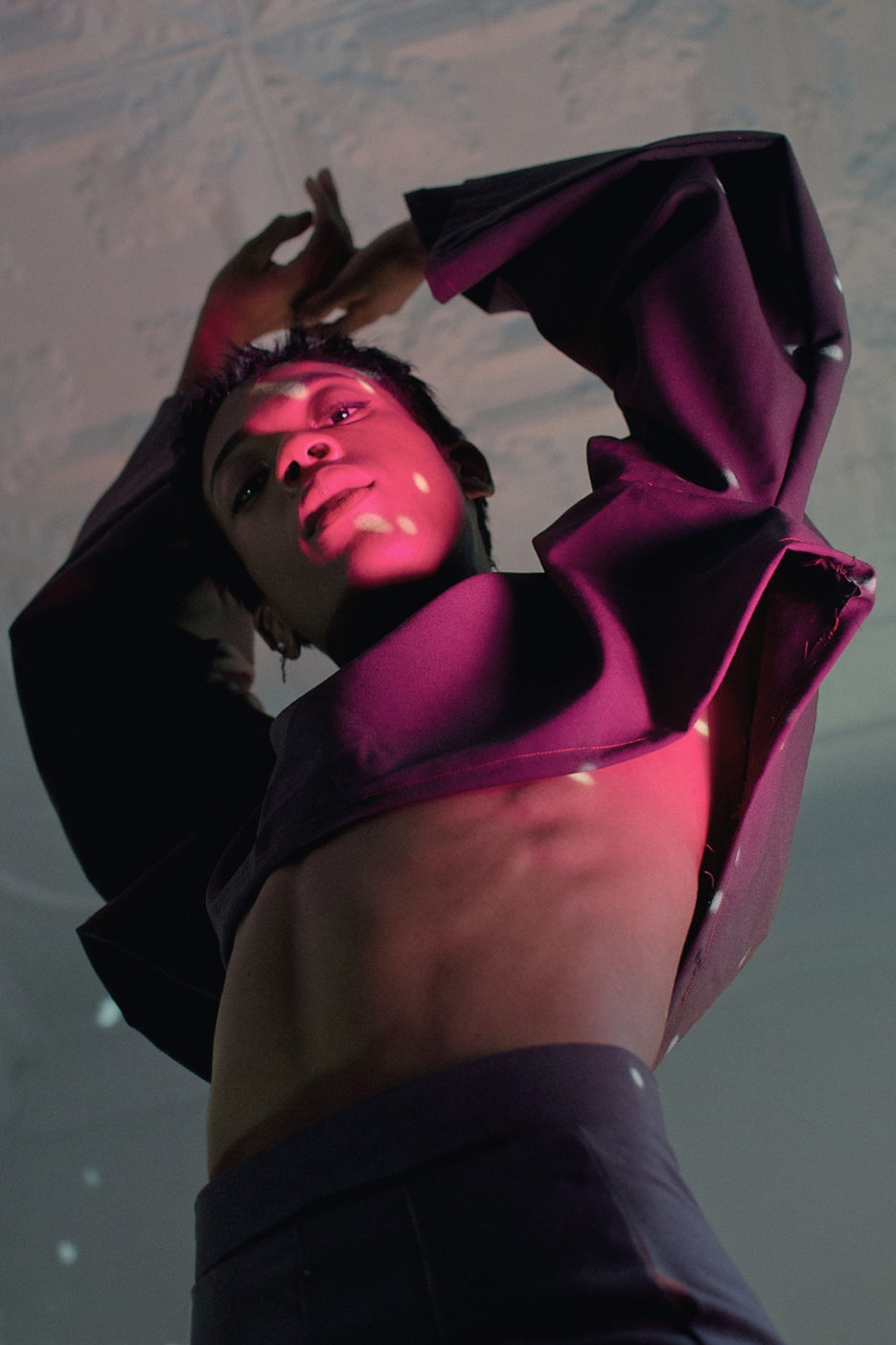 “Growing up New Castle, Kwazulu Natal, where nothing really happens gives you the opportunity to create yourself. I was very influenced by magazines. They were my escapism. I got to leave my small town and be in Paris and New York. Magazines helped me along my creative journey, just sort of learning through images.” 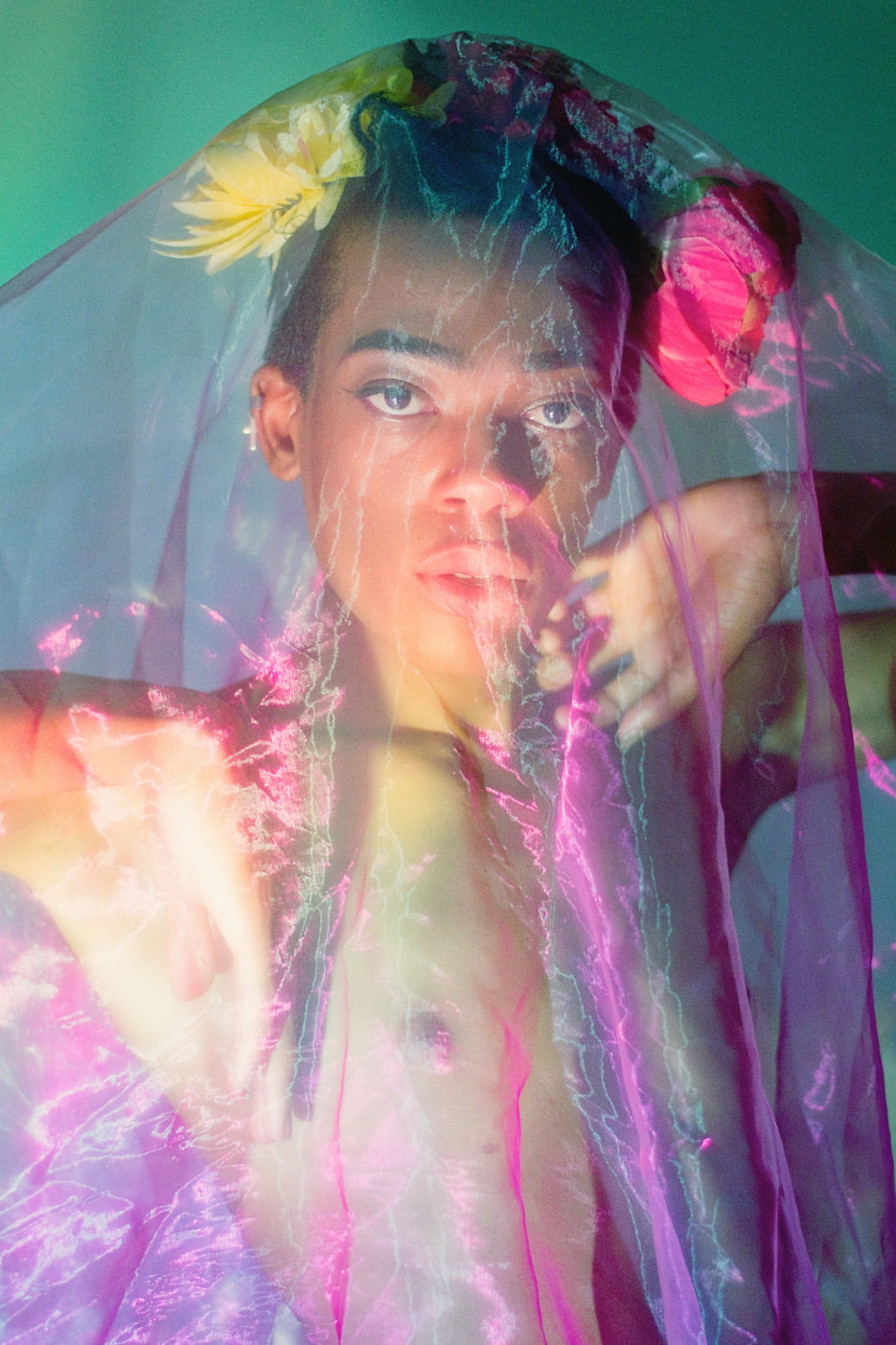 “When I was younger I had quite a high pitched voice and so they put me in an all girls choir where I wore a dress. Maybe it was meant to be because I was four years old and that was when my dad got me my first barbie. It must have been synchronicity or something. I just ran with it. From grade eight until my first year in varsity it has been this progressive thing. It has turned into, I call it my flower, my life has blossomed so much ever since I ventured out from boy and girl.” 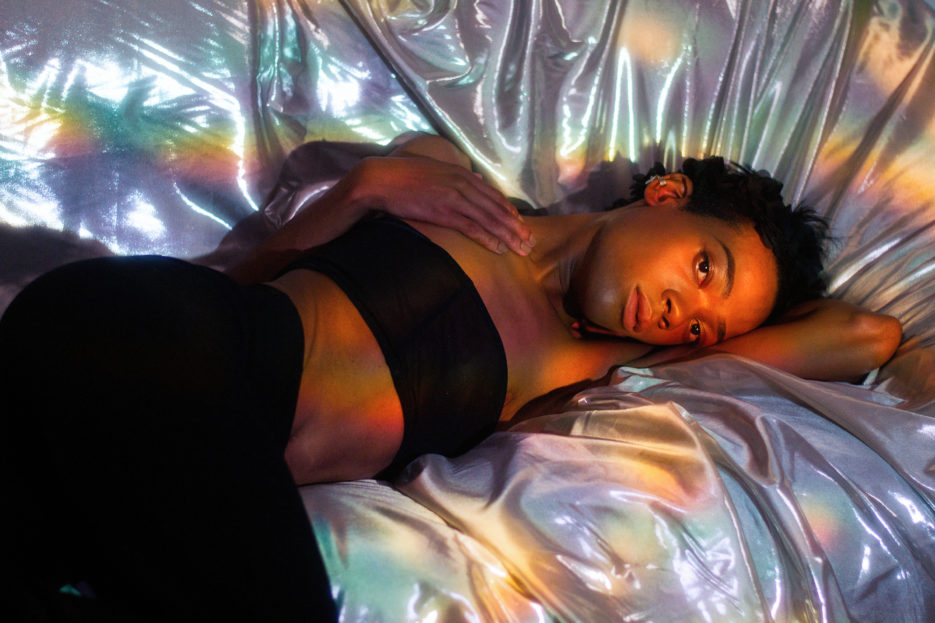 “My sense of style says that I am a brave person. Being in Johannesburg and in the townships especially, it is foreign for you to wear a T-shirt and a pair of heels or an over sized blazer and just a bra. I am trying to break boundaries. I am trying to make sure that people are not boxed into inherited thinking patterns like, “a man should wear this and a woman should wear that, or you shouldn’t wear this because it is inappropriate.” 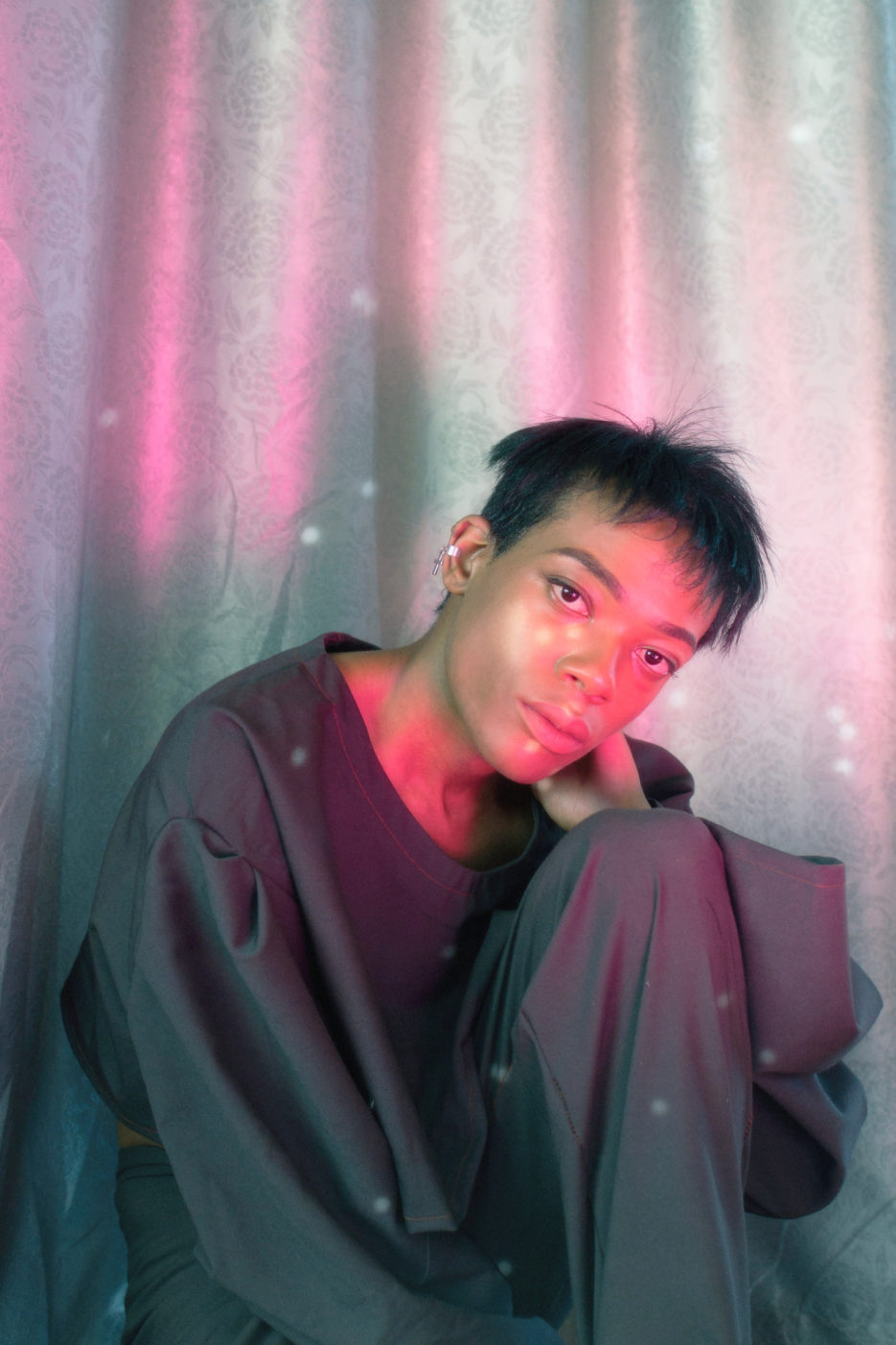 “I’m too cool to belong haha! I try to stick to a non binary identity or a combination of identities. Constantly having the choice to transform and reinvent myself is where the magic and boundless freedom is. I am totally fine with being referred to as he or she or they. My entire life the majority of people who I have interacted with refer to me as “she” but pronouns are the least of my worries, we have a long way to go.” 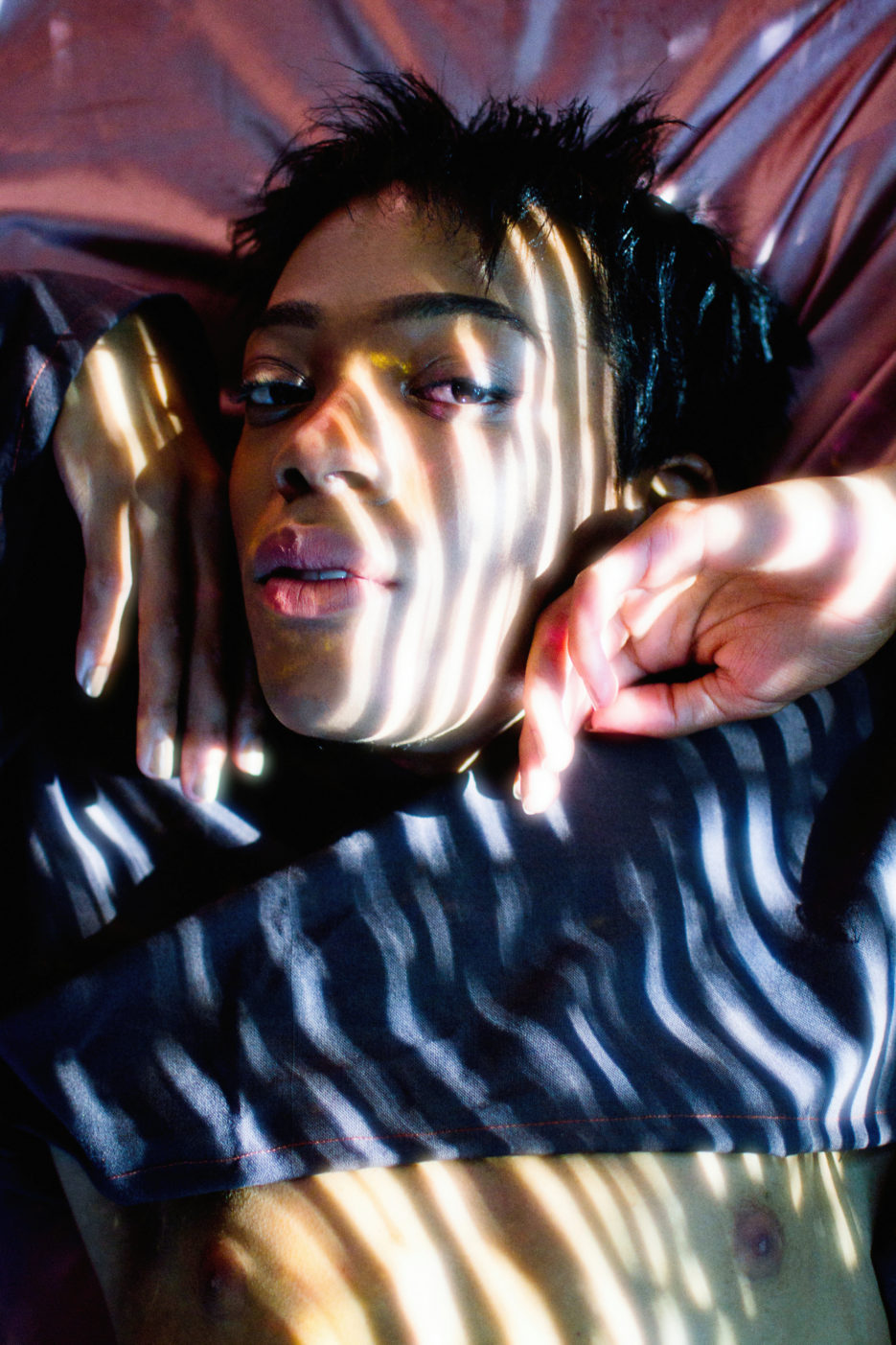 “I don’t want to be a generic model. I leave my gender neutral identity up for artistic interpretation. A lot of unconventional models are being used in editorials and on runways and that’s a way forward: to acknowledge and celebrate different kinds of bodies and identities. I walked South Africa Menswear Fashion Week for Imprint by Mzukisi Mbabane and the designer put me in heels and it blew my mind. It was a rewarding experience to witness such change in the local fashion industry.” 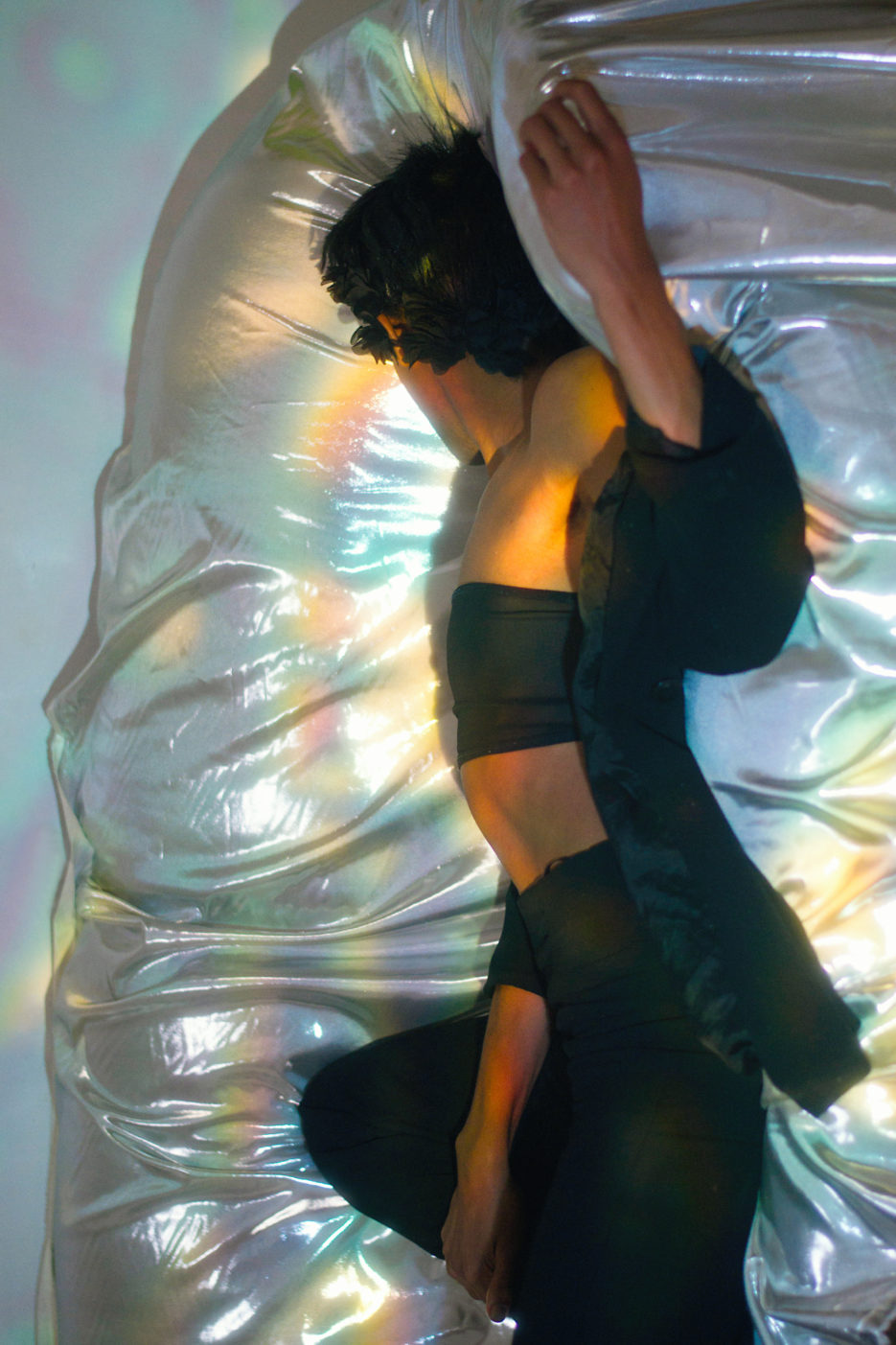 “I love being in my body because it is my sanctuary. I have grown very fond of my physical appearance and identity because I invented it. It’s like I am my own canvas, constantly transforming. I mean I get to chose who I want to be every single day from my endless catalog of identities. People have been trying to figure out if I am “male” or “female ” my entire life. I feel special. It feels good to finally say that am the image of my imagination and that is one of the most powerful things I could ever achieve.”

Make up and grooming by Sihle Khumalo

Styling and wardrobe by Sihle Khumalo