Posted at 10:25h in Business, Campaigns by Gabriella Pinto
0 Likes

When it comes to creativity, the sky’s the limit. Finances, however, are far more limiting. While there’s a medley of funding available from corporate to artistic organisations, the bureaucratic process is lengthy and can take months – if not years – to finalise. That is of course, if you qualify for funding in the first place. Cue the rise of online crowdfunding platforms where anyone who needs funding to start a business or venture, can kick-start the process without relying on some elusive authoritarian figure to give them the green light.

One such resource is Thundafund, who market themselves as “the leading crowdfunding platform for South Africa”. Their philosophy is based on transparency and inclusivity; they help build trustful relationships between entrepreneurs and their customers. Essentially, Thundafund connects entrepreneurs with mentorship and support services, which they believe is just as important as raising funds.

But just how successful are these campaigns? After the local web-show, The Foxy Five, managed to reach their target and raised R35,760 to fund the next three episodes of their web-series, we decided to get in touch and find out a little more.

Here, we speak with Jabu Nadia Newman and Chase Musslewhite from The Foxy Five, as well as Thundafund’s marketing administrator, Sasha Benjamin to get some pointers on how to create a successful campaign. 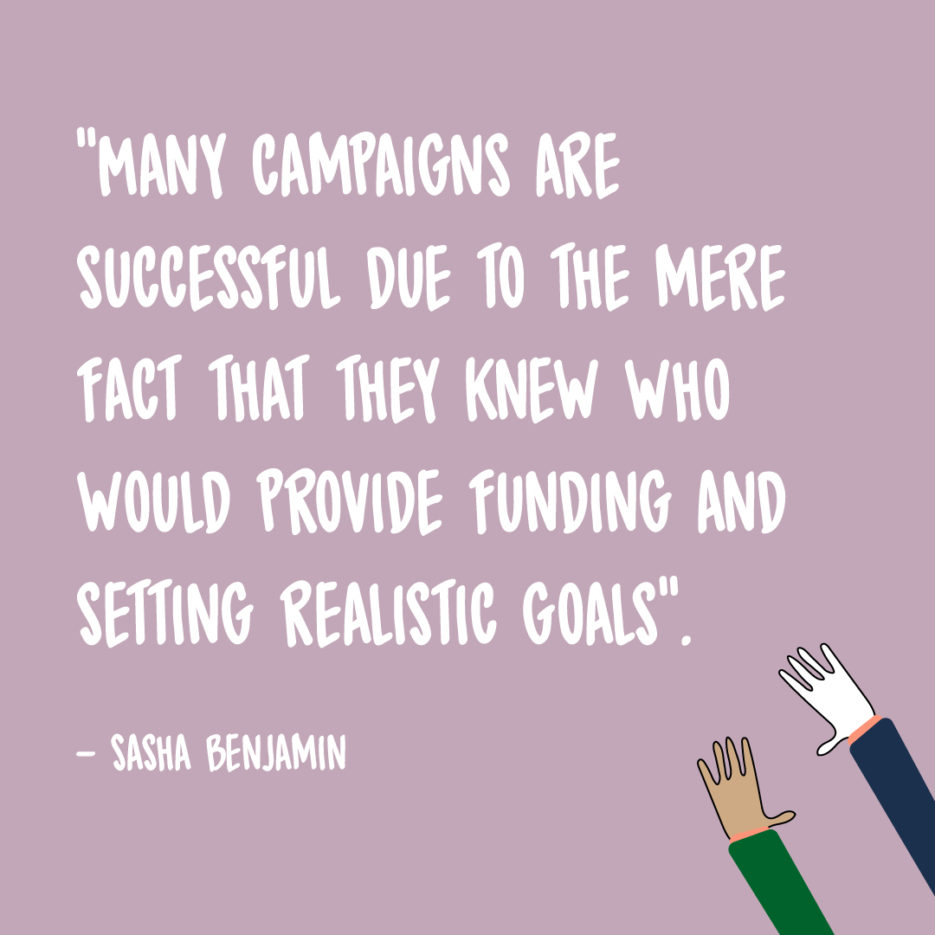 The Foxy Five’s line producer, Chase Musselwhite told us they, “decided to go with Thundafund because [their] target audience falls mainly in South Africa. After considering international crowdfunding platforms like Indiegogo and KickStarter, we opted for a more local site for the simple reason that our locale – South Africa – is intrinsic to our content. Why, in other words, would we ask our viewers to donate in dollars to help create content that has nothing to do with the US? The idea of using a foreign platform thus ended up feeling like a betrayal to the essence of the show itself –  a series whose main point is to bring local female experiences to the forefront of the content we consume. And finally on top of this, there are heavy wire transfer fees from each foreign crowdfunding platform”.

“If you dedicate time, effort and networking, crowdfunding can be extremely rewarding. Don’t rush things, take time to set your campaign up. Take a look at similar campaigns to yours for inspiration. Once you start comparing the successfully funded campaigns to the ones that just sat there you can start figuring what works and how best to set up and run your campaign,” says Sasha Benjamin.

Even though the Foxy Five were extremely happy with the outcome of their campaign, Chase outlined the following NB info:

Jabu Newman rates that the Foxy Five campaign was successful because they already have a large audience, who have been watching their episodes from the start. Fans were eager to see the the full series and were invested enough to donate towards its completion. Social media videos and posts also helped in terms of marketing, as did influential people, who encouraged people to invest. 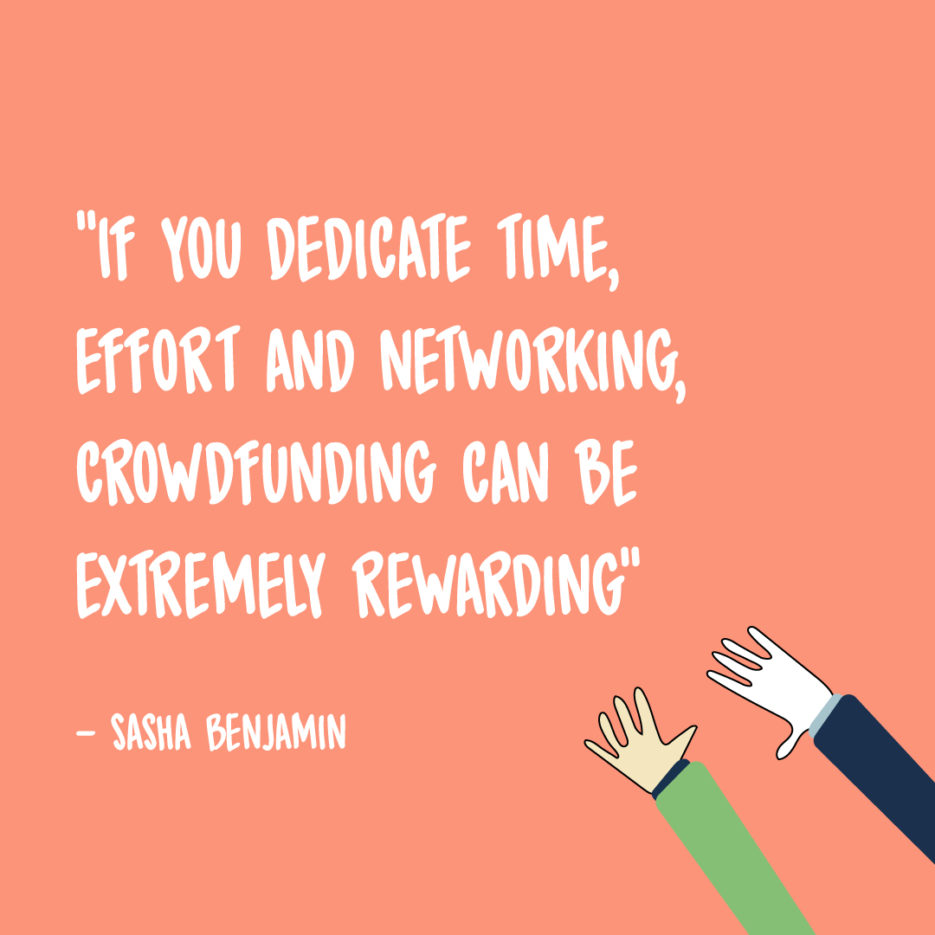 Besides having a steady following, Chase also adds that, “the biggest attribute to our success, however, was definitely rooted in our pre-production and pre-planning. I don’t know if any crowdfunding will be successful without the proper planning and research at least two weeks before the fund launches – something our team definitely did not skimp on”.

Sasha also points out that, “an overlooked component is being realistic with how much funding you can raise. It helps to ask yourself: “If this campaign bombs and no one but my immediate network provides funding how much can I raise?” Many campaigns are successful due to the mere fact that they knew who would provide funding and setting realistic goals.”

Furthermore, “to succeed you have to put your all into your campaign. You are your own campaign-marketing manager. This means you have to ensure you reach the right people, keep everyone updated, send personal emails to potentials backers, talk about it whenever you can. Every touch point that you and your project has needs to communicate your crowdfunding campaign. Little things like putting your link to your campaign in your Instagram bio allow people easy access to your project page,” adds Sasha.

Keen to start your own crowdfunding campaign? Visit Thundafund to begin. 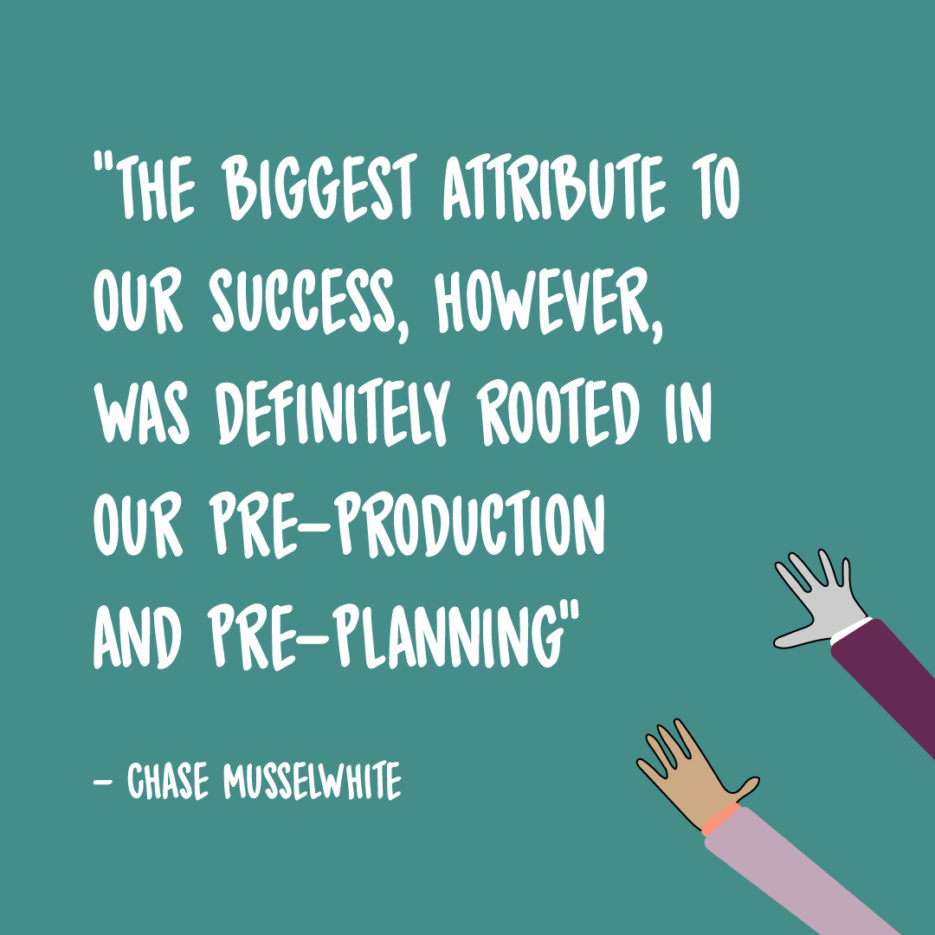