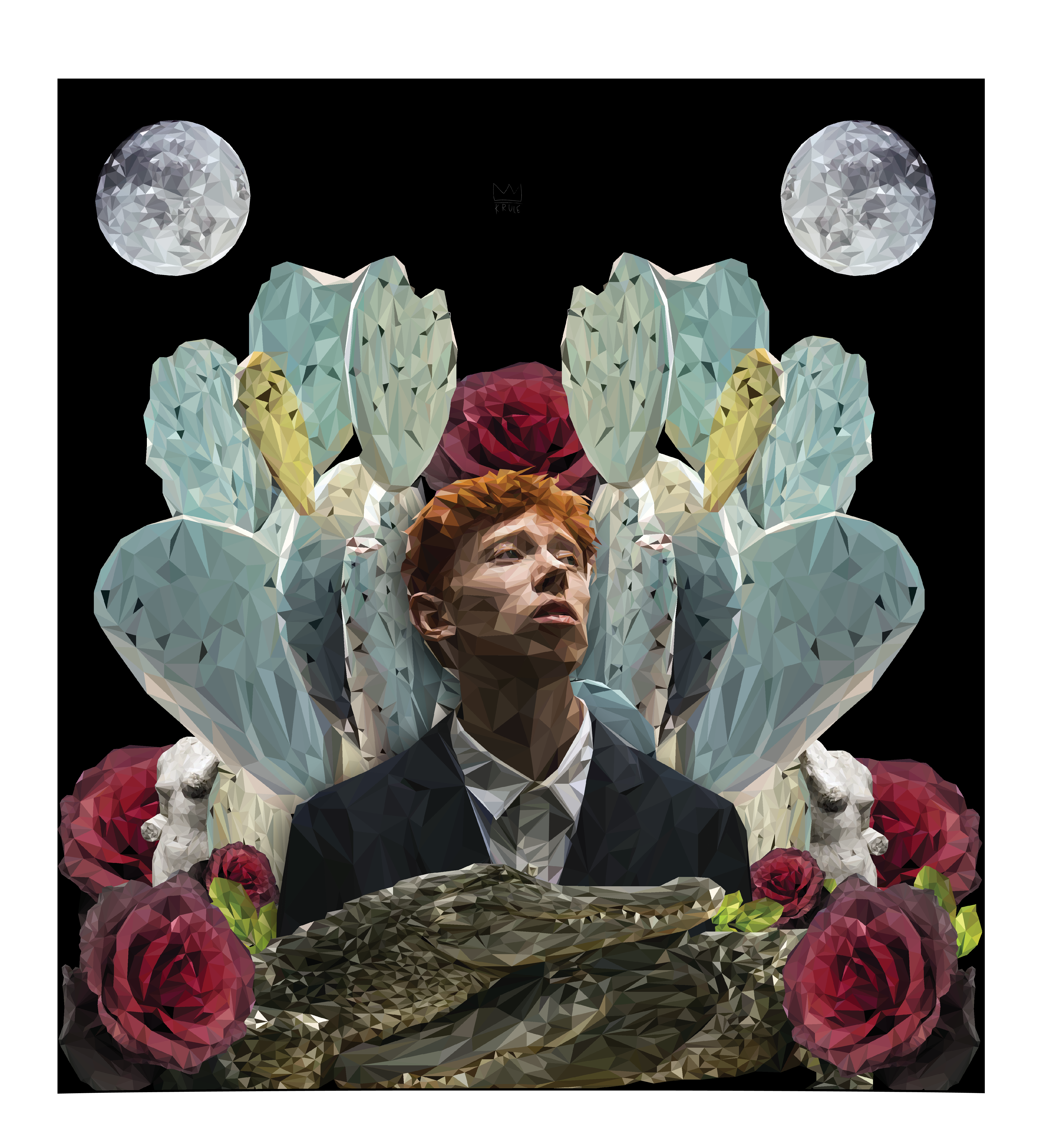 Posted at 10:30h in Fresh Meat Creative Graduate Series, Illustration by Nikki Zakkas
0 Likes
Kevin Mbuyamba is a Visual Communications graduate with a colourful, daring and diverse design and digital illustration portfolio. The young creative has a talent for graphically interpreting portraits of pop icons like Notorious BIG and King Krule to name a few. Taking inspiration from mass-media images, his stylised depictions of celebrities strive to make a social commentary on mainstream culture. He is also interested in capturing South African politics with a sense of humour. His satirical artwork, Moonlight Martyr was directly inspired by the #FeesMustFall student protests.
We chatted to Kevin about his influences, life-long passion for the arts and lessons learnt along his creative journey so far. 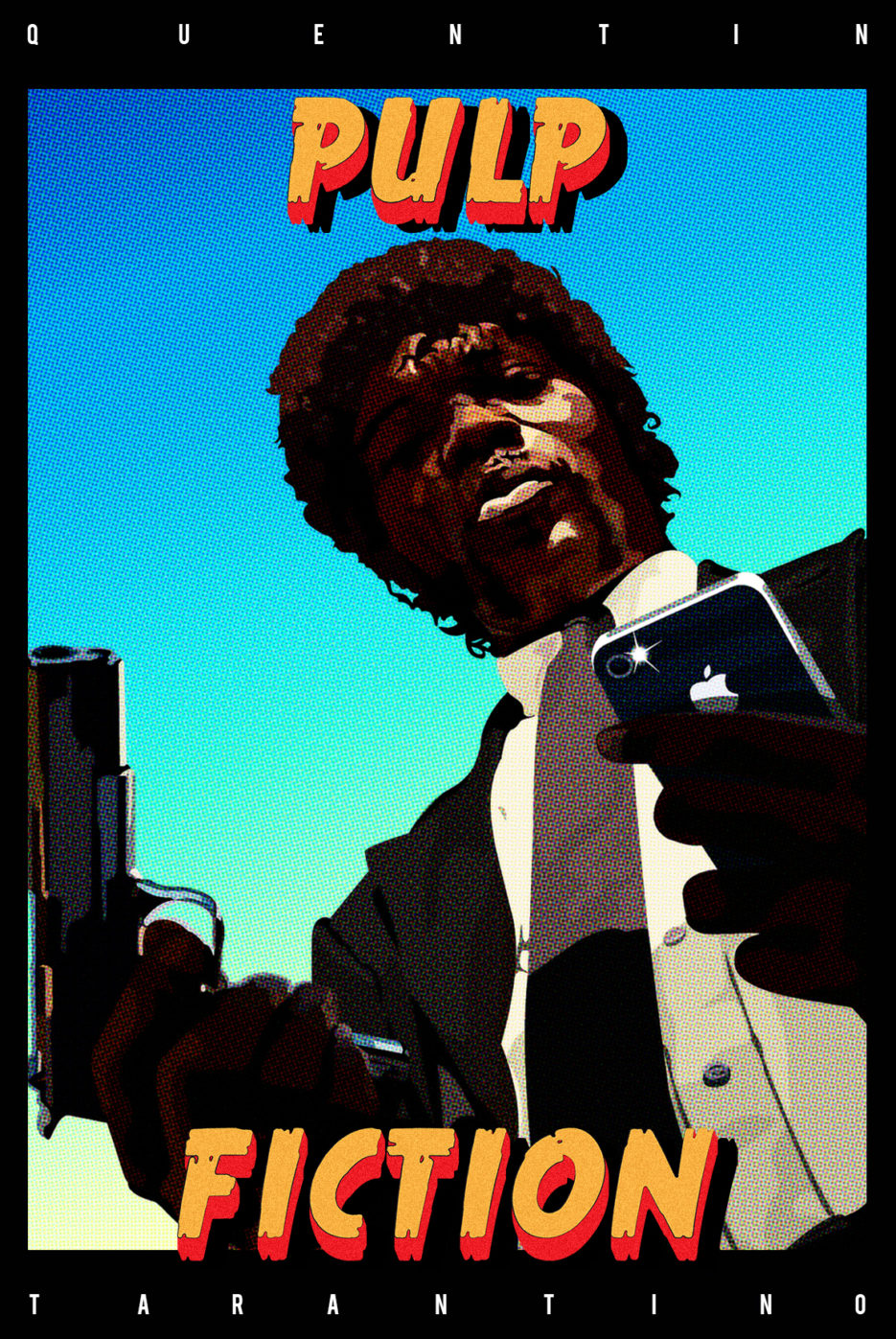 What did you study and where?

Photography and Visual Communication at Vega School of Branding.

How and why did you become interested in digital design and illustration?

Art was the only subject I was really good at in school so becoming a creative gave me a sense of purpose. There is something romantic about using emotion and imagination as a form of currency that appeals to me. 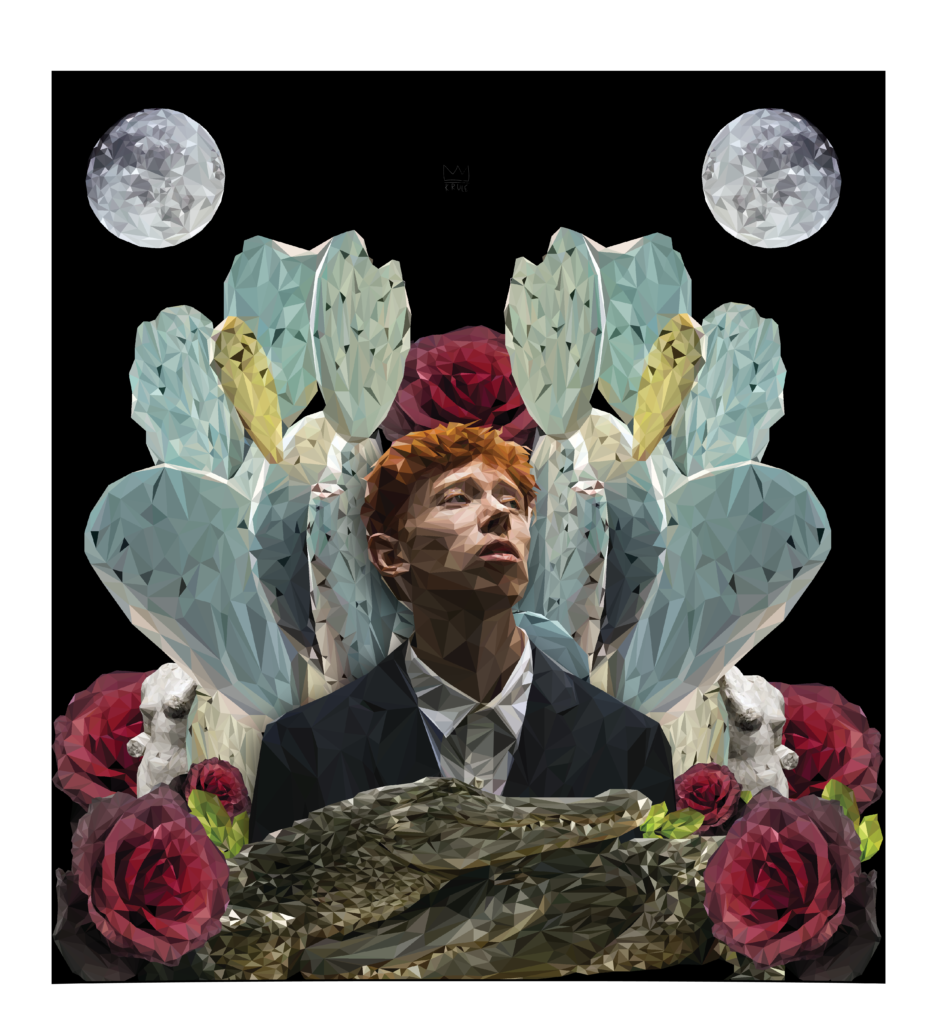 I’ve been exploring notions and elements of displacement, culture and adolescence for a while now, as well as juxtaposing those subjects with pop culture/current affairs from a counter-cultural point of view. My work, as of late, is kind of a dossier of me dissecting my identity and its influences in an attempt to be more aware of the space I occupy in society.

Moonlight Matyr was inspired by the turbulence of 2016, both internal and external. The piece is a reaction to the state of the Nation and my state of mind, at the time. The concept behind the piece was through the use of Darwin from the Wild Thornberrys contrasted with the events of June 16, I wanted to show how the colonial views of the past hinder the progression of a people through stigmas from, and conformity to, a system designed to displace and dis-empower them. Something like that… The whole thing was inspired by the protests for a decolonised educational system, which had me thinking about how much we really know about ourselves, the world or how to engage with it if these lessons are taught to us from a system that doesn’t acknowledge people of colour as equals. It’s hard to explain, the piece is more a reflection of a feeling than opinion, I guess?

What has your experience as a student been like? 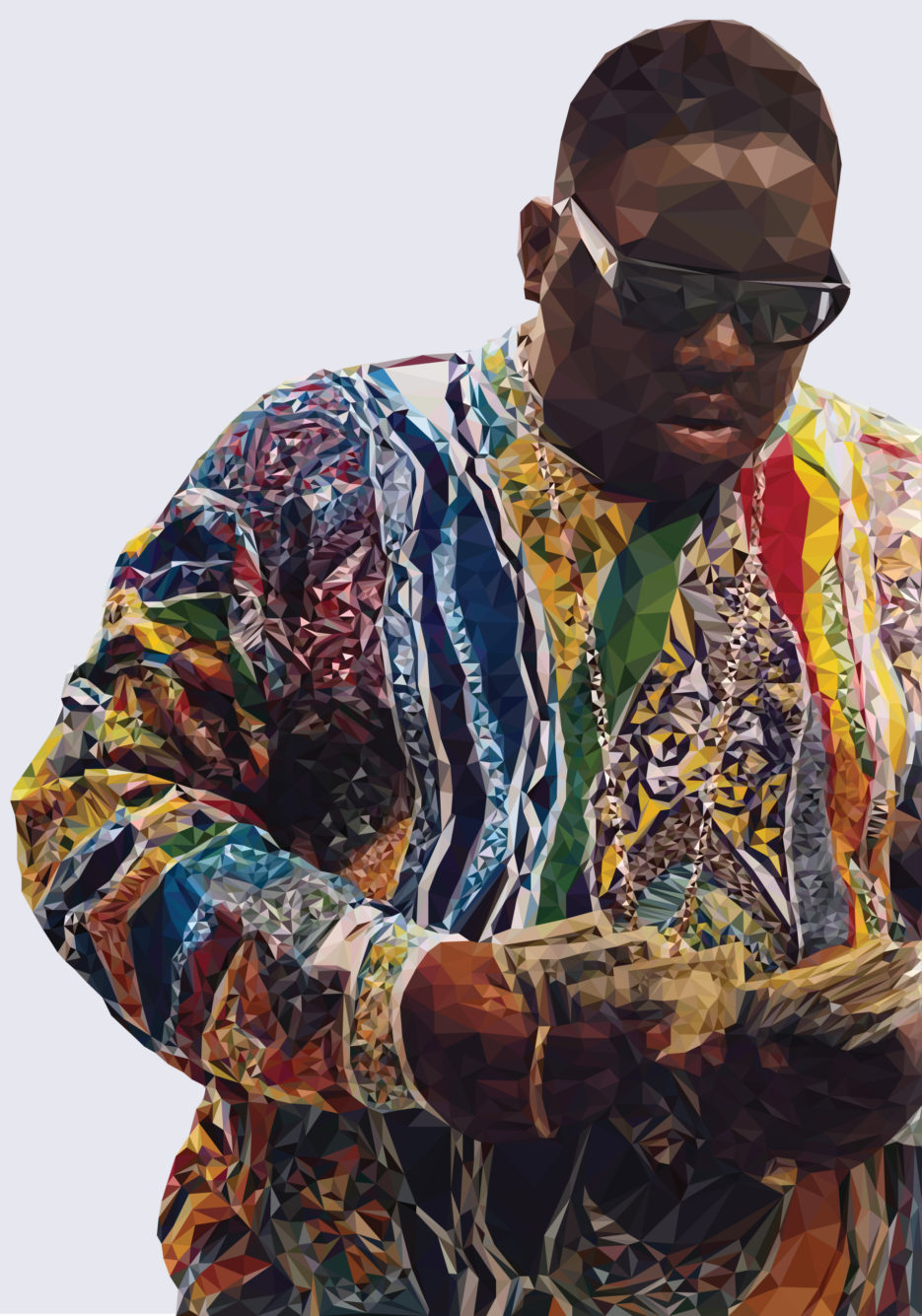 Be brave – believe in yourself and the right people will believe in you too. Surround yourself with people that challenge and compliment you. Be inspired by the people and places around you, not other people’s work. Go against the grain. Do you.

Sometimes its very organic and I will just make what feels good – I tend to overthink everything except art which is nice because it gives me piece of mind and I’ll surprise myself every now and then. I like to challenge myself, aesthetically, but I try my best to not have high expectations around the concept because then I’m not creating from a pure place and won’t get any sleep. 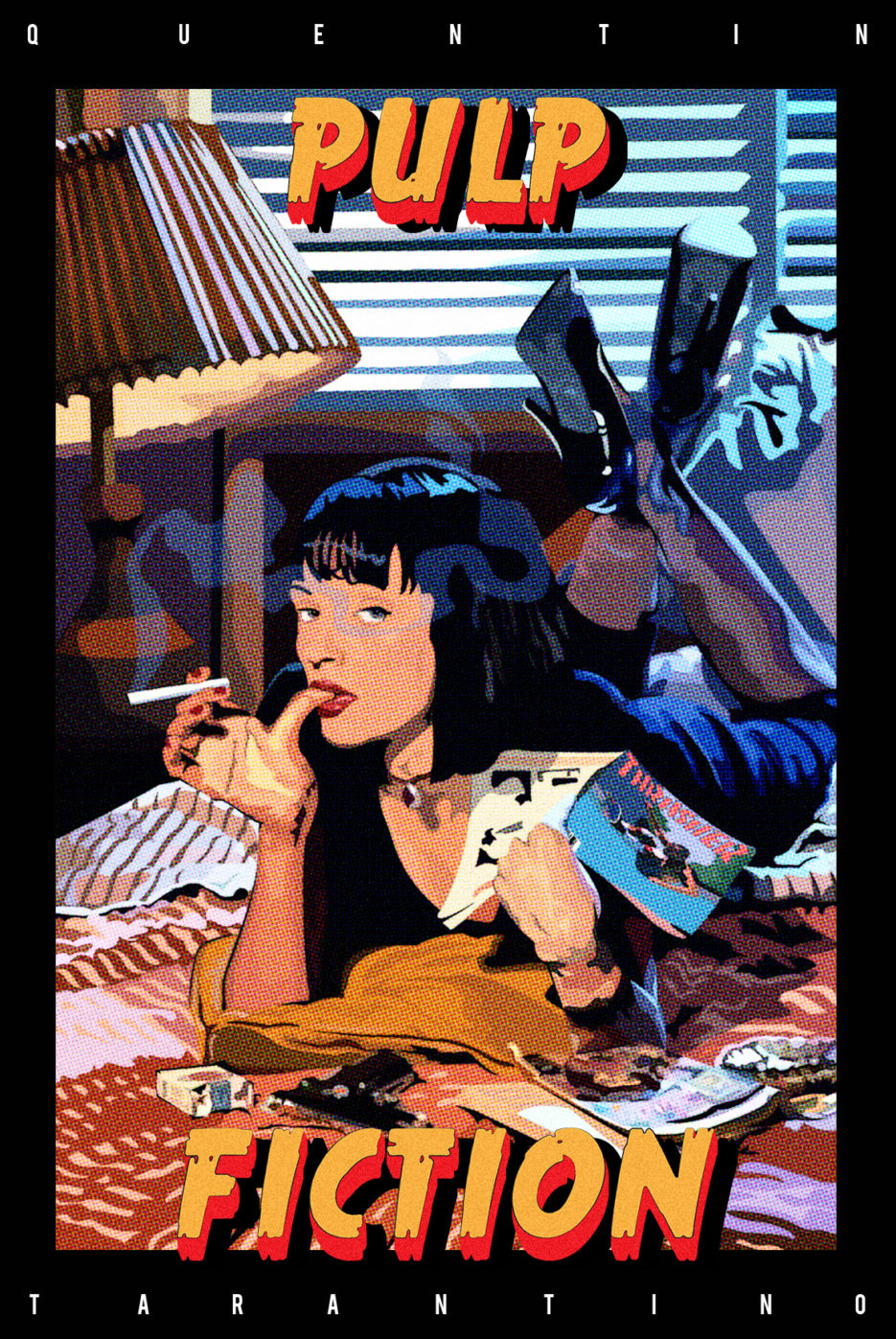 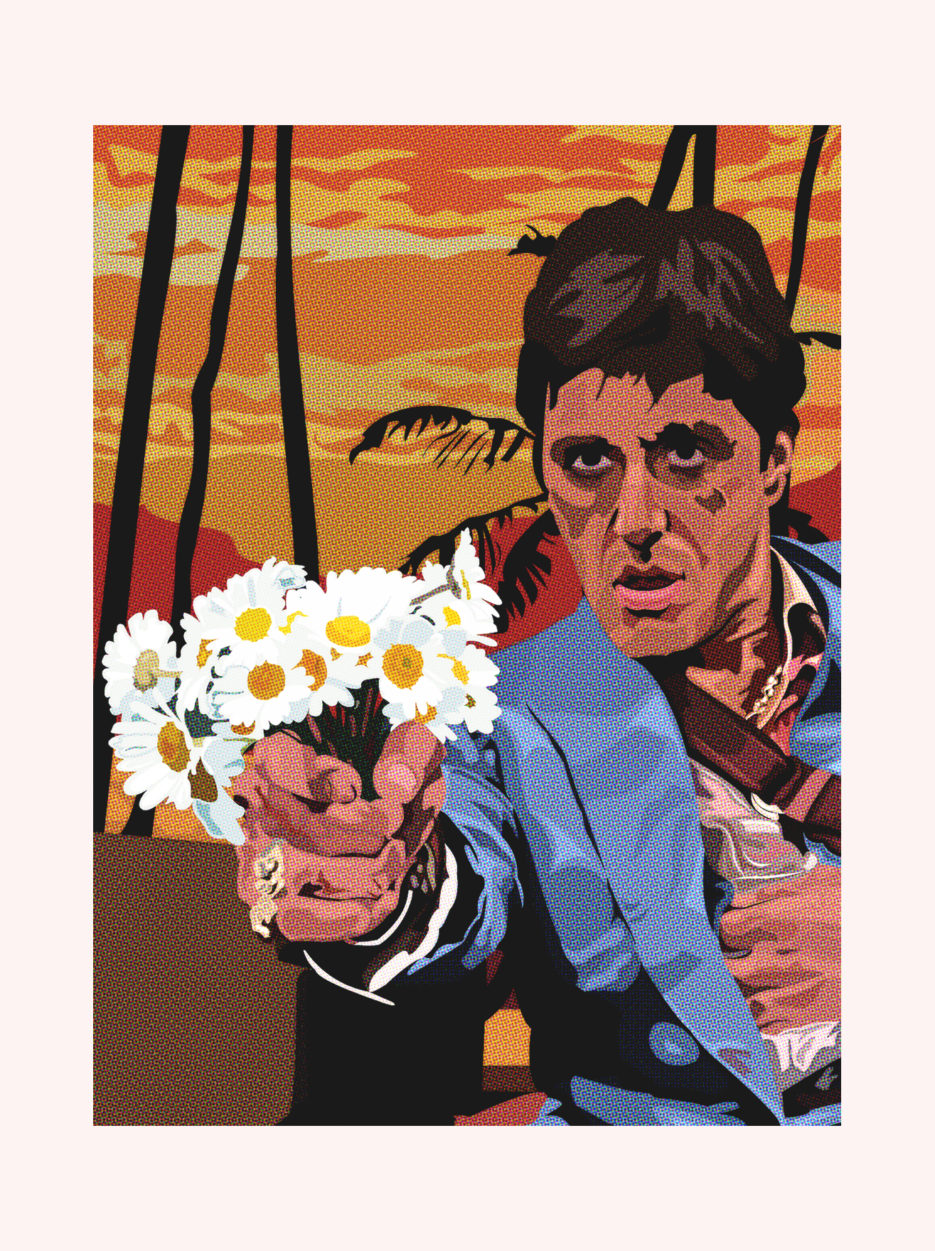