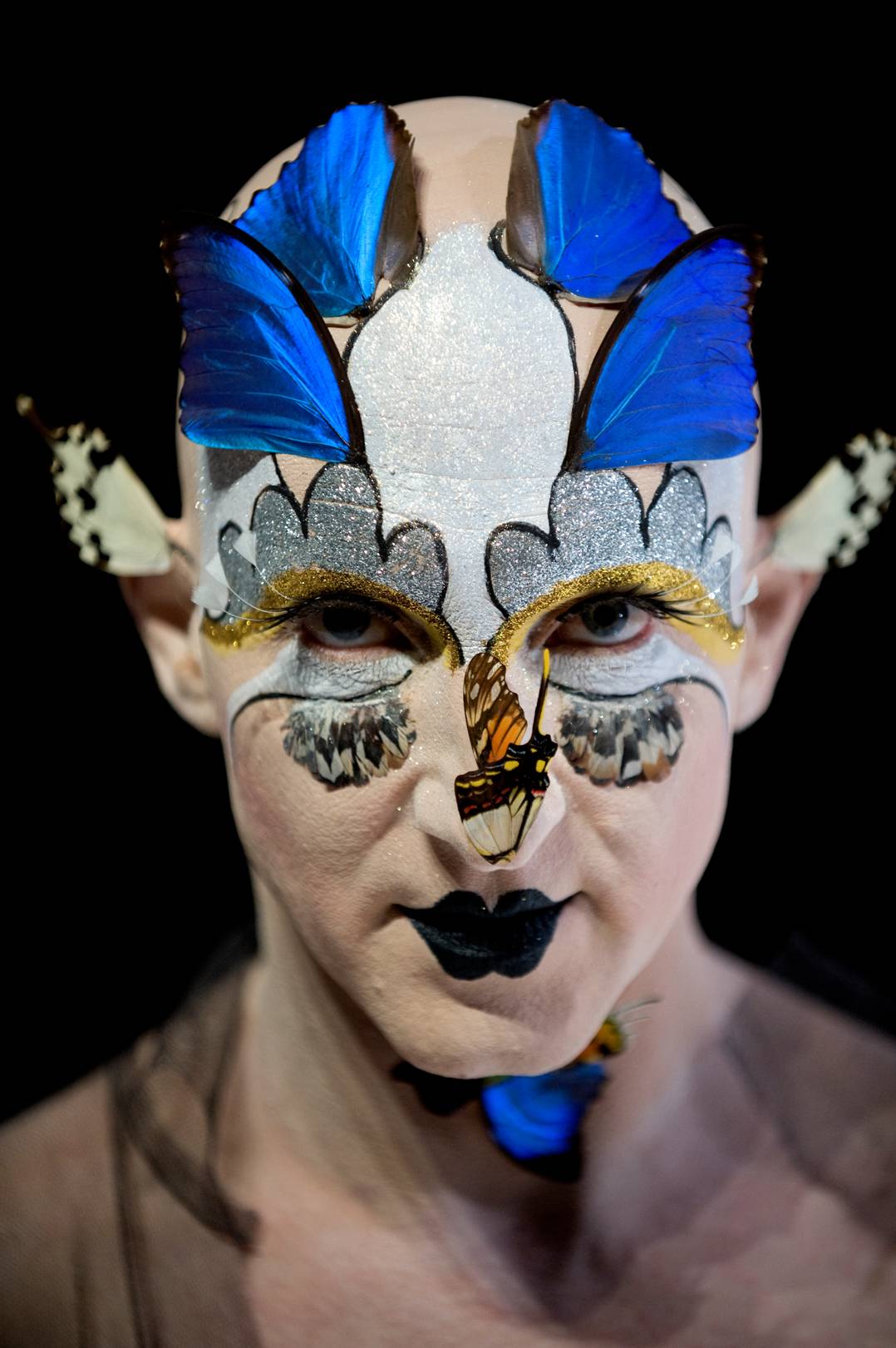 Jay Pather is the director of the Institute of Creative Arts (ICA), an interdisciplinary institute at the University of Cape Town’s Humanities Faculty. The ICA holds a critical place in the South African creative landscape because it nurtures challenging and constructive dialogues, which in the past have remained swept under the thick dust-collecting carpet of high-brow academia.

Through fellowships, open lectures, symposiums and learner-ships, the ICA has made thought-leaders and artists accessible to the public. It’s facilitated important conversations that previously were held in tight liberal academic circles and seldom reached beyond the confines of the theatre or the white walls of the “sacrosanct’ gallery.

As the Institute’s director, Jay has spearheaded audacious projects with passionate rigour such as the three-week Live Art Festival which brings once-off performances to Cape Town’s public. Here we chat to him briefly about this ambitious undertaking and the astonishing power art has to expedite the practice of democracy. 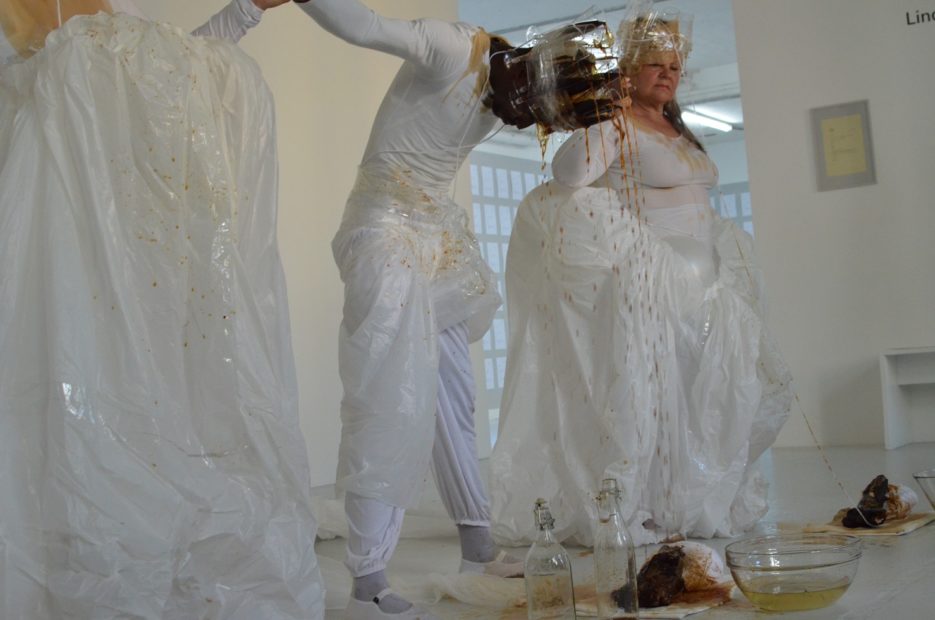 “If A Tree Falls In A Forest (Alaragbo IX)”. Photo by Ellen Friis

The Live Art Festival has been running for a few years. How has it grown over the years?

It has become more established, and audiences respond accordingly. We have had a decent capacity of audiences at most shows, and there is a sense of something risky and idiosyncratic but with a more solid base. Organizationally, given the diverse range of artists, it’s much smoother in the running.

What are the general qualities that all the works possess at this year’s festival?

The general quality is that they are all so different! So perhaps idiosyncrasy is a general quality. An effervescence, a sense of something new happening, a direct, immediate encounter and the fact that all works are for one time only means there is a taut focus. It’s a festival of opening nights!

Can you explain the distinction between Performance and Live art?

Performance art referred to the departures visual artists in particular made from creating object centred art such as painting or sculpture, and when art making became embodied and performative. Live Art as a term emerges later and with rising interests in technology and electronic media, incorporates performance but includes as well living works where the artist may not be present and ‘performing’. These include live installations (existing for a particular duration) that incorporate technology and electronic media.

How do we get the public to challenge their assumptions about art and attend public art festivals?

I think that if we create these atmospheres of easy access for this kind of work then hopefully it’ll become a staple, a kind of subtle indoctrination if you want, of the good variety. It is our role as an Institute to allow for such in-depth research to become more available. Live art is not public art in the traditional sense of the word. So we are looking at an interaction that is more daring, challenging and dynamic. More risk can be difficult to sit through at times, but when it strikes, the rewards are overwhelming. 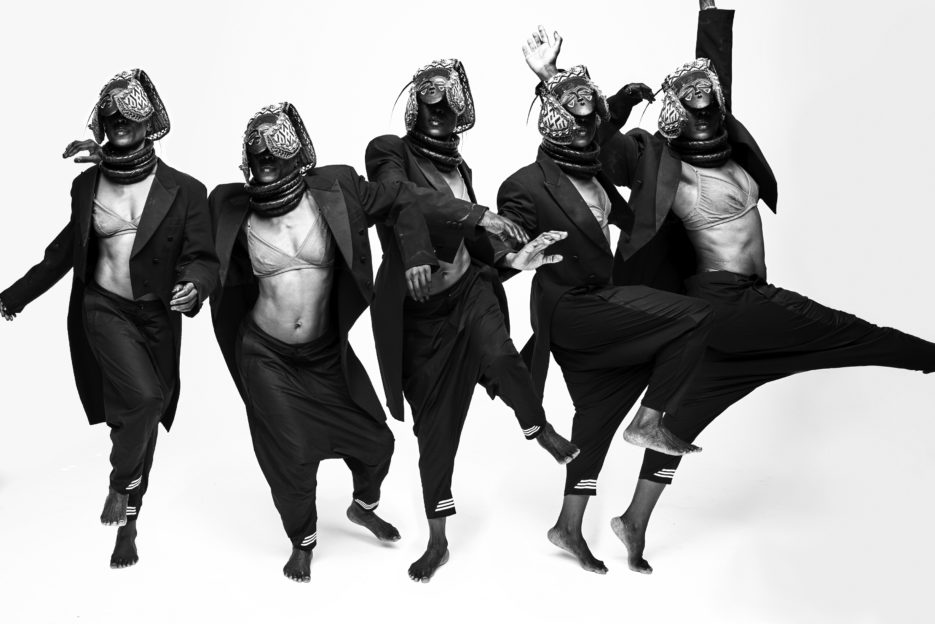 In the Daily Maverick, you wrote that Live art defies commerce. All the performances at the festival are free. What informed this choice and is it a deliberate conscious comment on the nature of the current art market?

In some respects it is. The commercial art market has done wonders for artists who need to make a living. The downside has been the diffusing or thinning out of what I think art is meant to do; to provoke, inspire, extend and challenge. Commercial art markets are based on trends that in turn are determined by a closed circuit of people interested in investment and material value. It’s a thin line as to when this results in compromise. Live art cuts through this, and if a work is commissioned, artists have the platform to take risks and get to what they want to do without compromise. Sometimes it works and sometimes it does not, but not for uniformly held reasons and that’s the exciting part. The lack of commercial framing allows for the possibility of essential principles to mutate, for boundaries to dissolve, for goalposts to be shifted, for a new normal to take root. This is I believe how we grow as artists and with audiences how we grow as a nation.

To what extent is Live art a form of activism?

It is often difficult to separate one from the other, and it is activism that may be aligned with several issues of social justice whether it is around class, race, gender, sexual identity and so forth. But at its core in attempting to undo the way we think, in surprising us with new forms, new ideas, new structures, the activism also cuts deeper than sloganeering or simple agitation. Combining this with dismantling familiar and comfortable aesthetic choices is a multi-pronged approach to vibrant and visceral, even perhaps ‘entertaining’ activism.

The lack of commercial framing allows for the possibility of essential principles to mutate, for boundaries to dissolve, for goalposts to be shifted, for a new normal to take root. This is I believe how we grow as artists and with audiences how we grow as a nation.

In what ways you do think Live Art can foster civic responsibility and the everyday practice of democratic principles?

In embracing an individual’s means for thought and creation, we’re allowing the new normal as I mention earlier to come into being. In this resurgence of right-wing thought globally, it is more crucial than ever to dig deep into the core of civic responsibility which is not to establish dogma or one way of doing things but by testing the limits of what we can comprehend and allow a range of forms to exist. To undo dogma and allow individuals freedom of movement and self-identity. In simply starting with the premise of undoing established forms, live art troubles established ways of thinking and allows us to practice fluidity, openness and mature, personally felt and executed democracy.

With Live art, how important is the performance space when it comes to contextualising the work? In what ways might it impact the way the audience receives the work?

Space is all important for most artists working in this form. Space unlike in theatre is not just an empty box or in a traditional gallery a white cube. Space is material, a piece of language that artists use. But unfortunately our resources are limited, and admittedly, it can sometimes be a compromise. Also artists’ work change and if they are travelling may get lost in translation. We work very hard to match work to space, but in the programming of multiple works where we are also factoring easy access for audiences, it can be challenging. 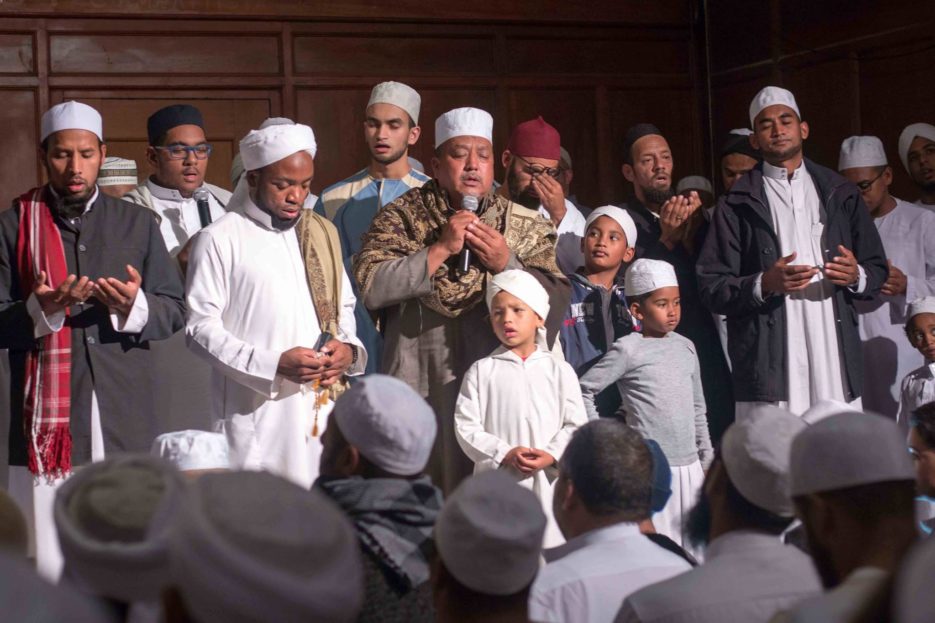 What has been most challenging about curating and putting together a festival of this size?

Practically everything about it is. It is a challenge to hold the momentum, but in programming such size, it was important for us that our publics appreciate how rich this discipline is, how various, idiosyncratic and alive. Selection and programming was challenging as well mainly because of who we have to leave out. Finally, we work within a conservative infrastructure, being based at the university and we are doing work that questions systems, that questions issues of pedagogy, accepted notions of doing things, etc. At a panel discussion artist Mamela Nyamza attacked academia for not have a direct conversation with artists who the academy often researches or whose work we teach. The challenge in a festival this size is to make room and hold this critique and diversity and encourage robust debate. This I believe is how as a university we develop with the world and not apart from the world. 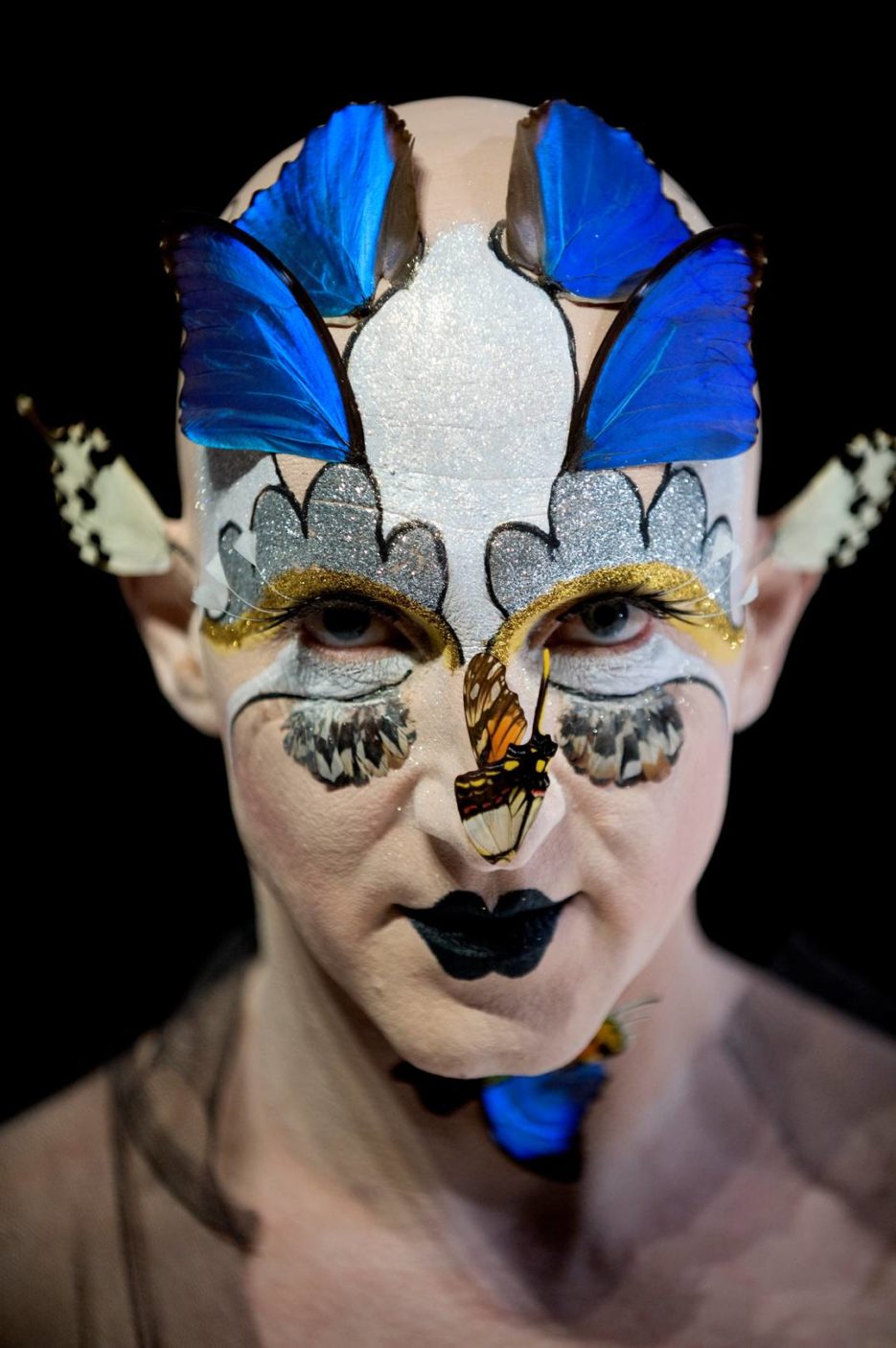 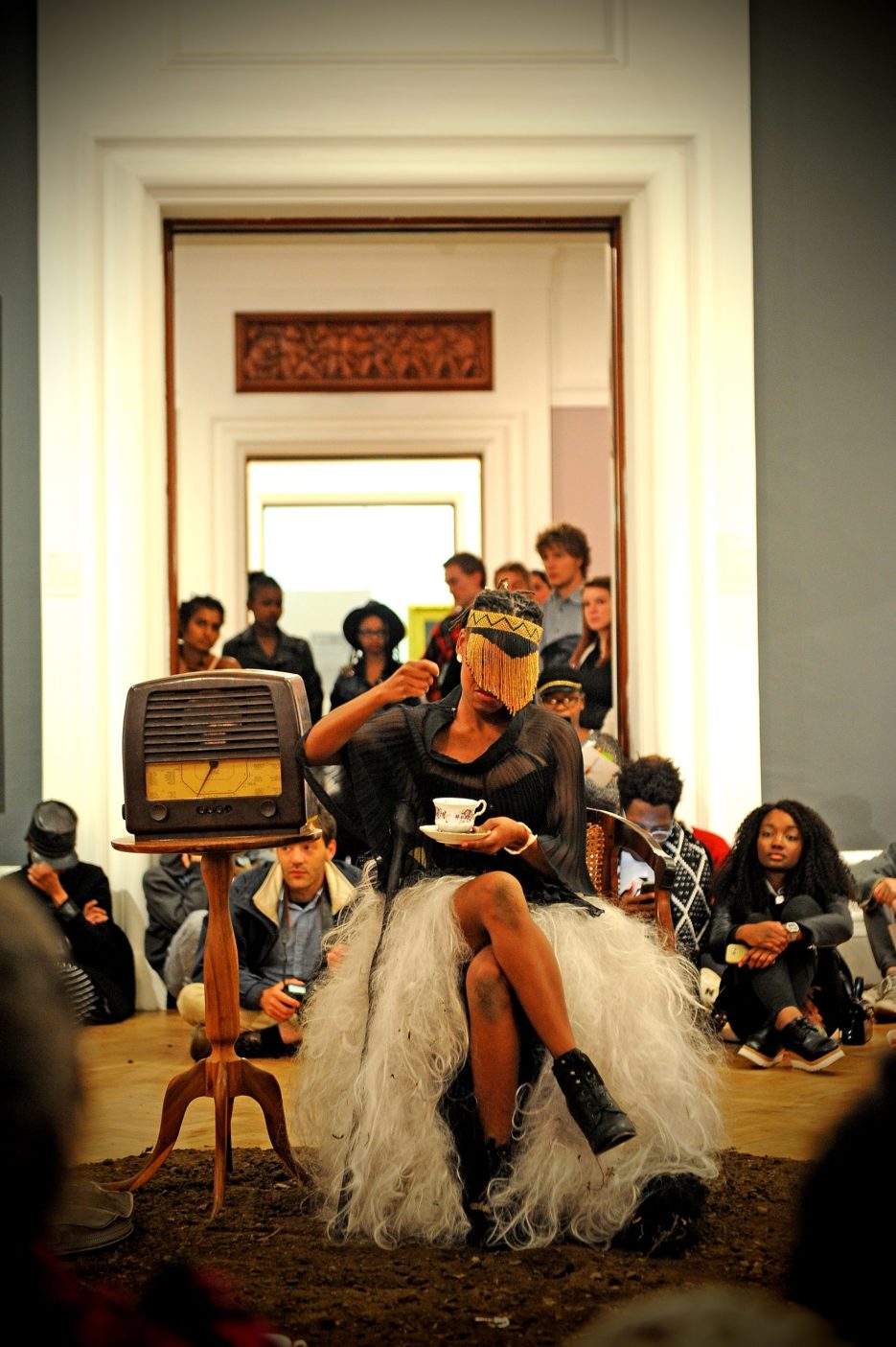 Sethembile Msezane in ‘Excerpts form the Past’. Photo by Lerato Maduna 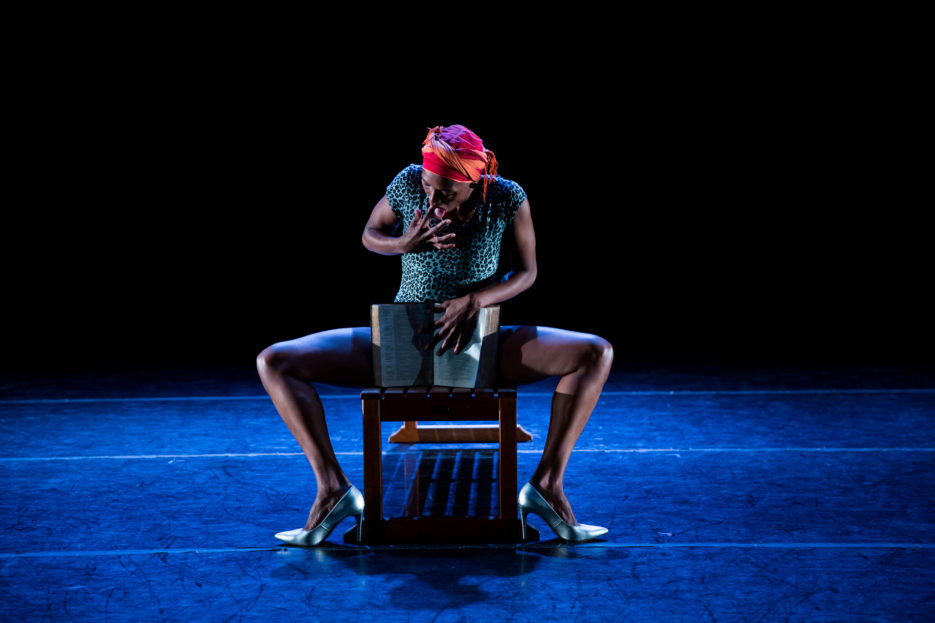 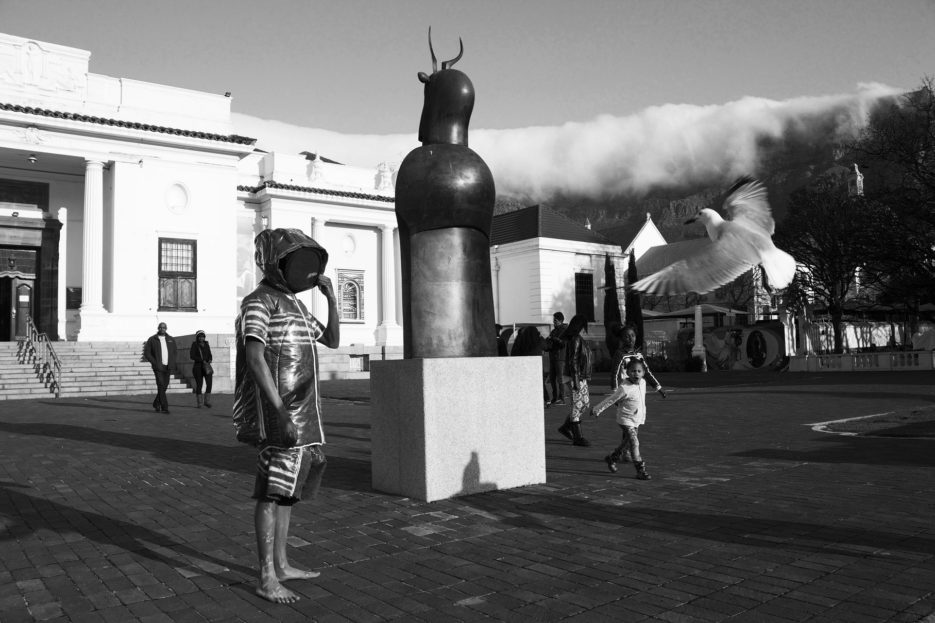