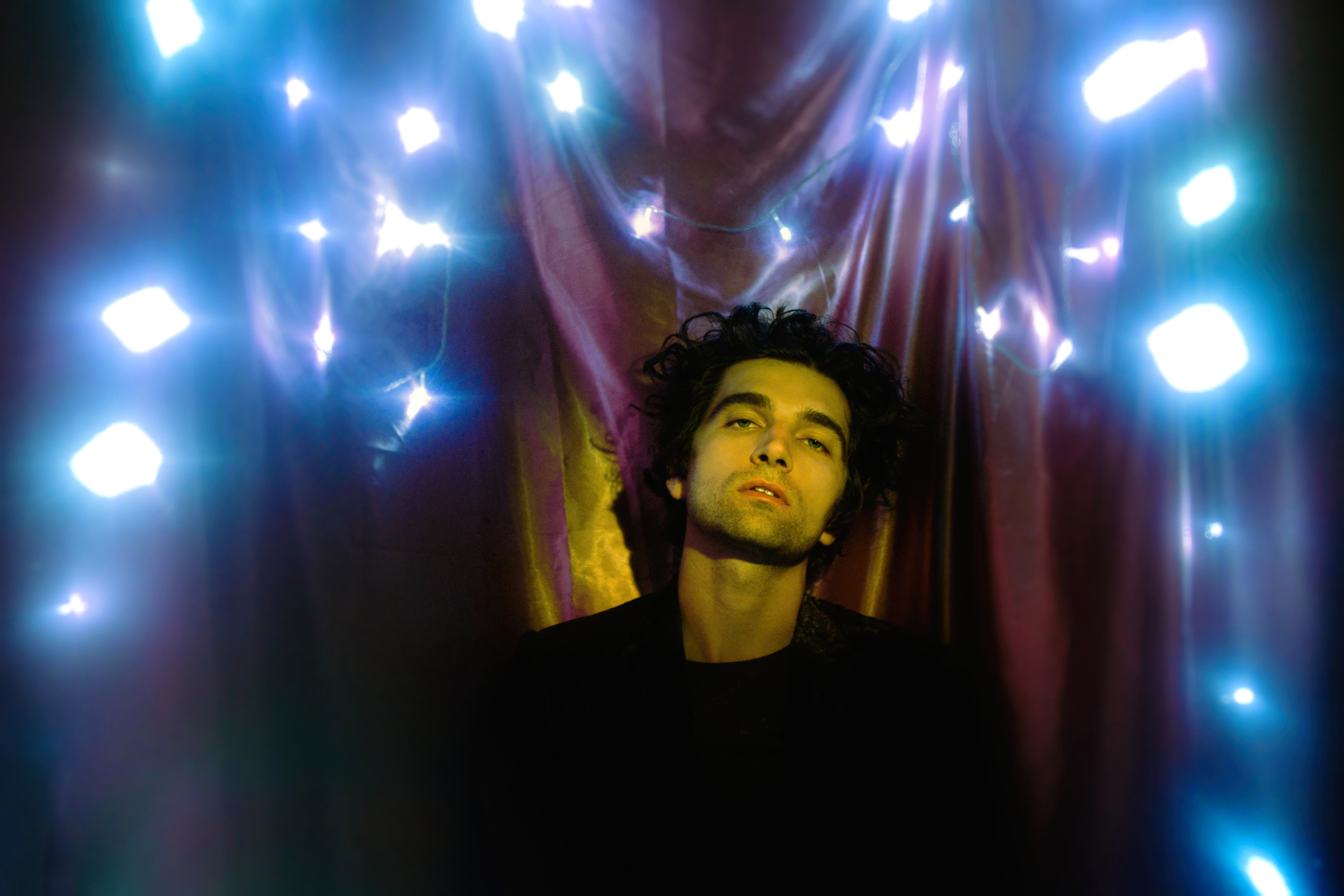 Posted at 09:05h in Featured, Music by Nikki Zakkas
0 Likes

Josh Kempen is a Johannesburg-based singer-songwriter who has built up an impressive following since the release of his soulful debut EP The Midnight Ship in 2015. Last year was a whirlwind for the full-time musician, who makes a life and a living out of art. He was signed to major label Warner Music South Africa; played large festivals like Oppikoppi, Lush Festival and Splasy Fen, and saw his much-lauded single, ‘The River’ peak at number 9 on South African iTunes. Today, 10and5 are excited to announce that his much anticipated LP, titled ‘The Morning Show’, is set for release the 10th March for download, streaming, CD and vinyl.

The 14-track album is easy to groove and sing along to, at times energetic and then calming – a captivating mix of celebratory enthusiasm and reflective sentimentality. The artist’s raw husky vocals, catchy melodies and descriptive lyrics allow listeners a sense of release to daydream, evoking sunny visions of bluer horizons, adventurous travels, soulmates and the incomparable thrill of falling in love.

Read through an intimate interview with Josh about his process of putting together The Morning Show and press play on an exclusive preview of three brand new tracks off of the LP.

Tell me a bit about your background. What was your upbringing like and how has it influenced your approach as an artist?

My family moved around a fair bit. I lived in Joburg, Cape Town, and Brighton before I was eight.  When I was eight we moved to Brisbane. That’s where I grew up and finished school. After school I did a lot of traveling, and spent a lot of time in Italy where I made friends as good as family. Then coming home from a gap year my folks had moved back to SA and I decided to do that with them.

When I think about it, I write in a lot of genre’s, sometimes in broken Italian, and I reference so many influences, maybe that was informed by growing up and developing as a musician with bits and pieces of my heart all over the world. I really do feel like my life was shaped by inspiration and experiences I received all over the place. I often wake up missing some place, or some person. But I’m also grateful for where I am now and who I have in my life. I really do feel like a citizen of the world, and the thought of growing my career in these different cities probably drives me the most.

How would you describe the sound of your LP?

Like an old album someone once gave to you, but you only really discovered it like 10 years later.

This is your debut LP. When did you start writing it, how long have you been looking forward to this?

Most of the songs were written in about the last two years, some a little older and some really new. It’s been a lot of fun, the whole process from writing to recording, so I didn’t really think enough about actually releasing it until very recently, and I’m incredibly proud and excited.

Tell me a bit about the title of the LP.

Basically, The Morning Show is seeing my girlfriend get out of bed in the morning and just do her thing. Ever since we started dating it’s a been pretty great moment in my day. To draw a parallel; this album, I hope, is also the beginning of something really exciting.

What is it that you wanted to say on this LP? 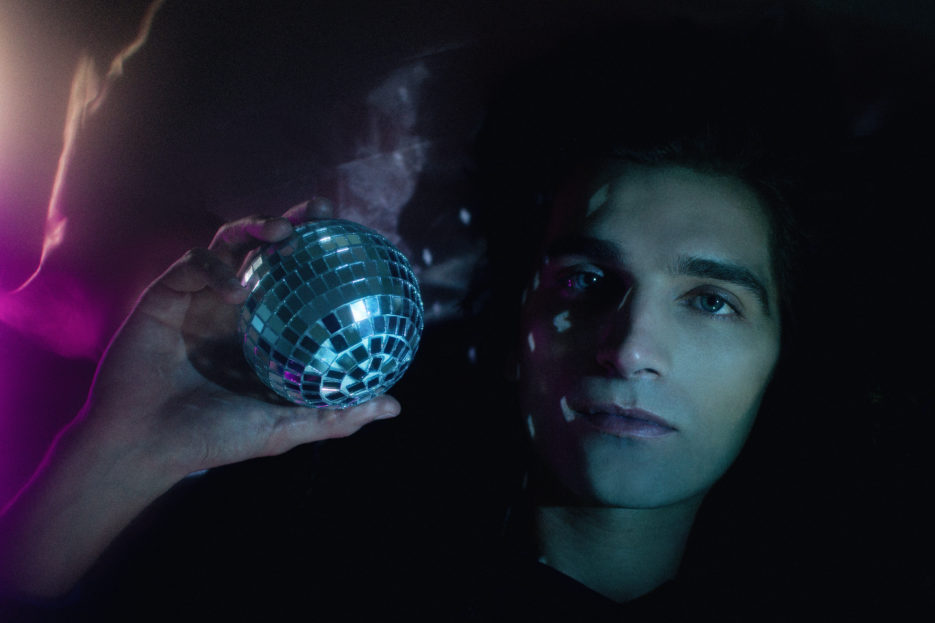 Who have you collaborated with? Is there anyone who has helped in your creative process of making the LP?

Saul Nossel and Noah Bamburger make up my band, and they’re just such a perfect fit, from their taste, to their dedication, to their incredible talent. Jenny Dison and I spent many week nights making music or talking for hours about it when I first got started. She sings backing vocals on a few tracks. I also can’t overstate the influence of the producers Dave Grevler and Jacques Du Plessis. I was so moved by what they could do to my music and I’m so proud to have worked with them.

Where do your lyrics come from and where do you look for inspiration?

I find I can only really write when I’m in an inspired state of mind, so I do what I can to be in that state as often and for as long as possible. I read a lot of books, go to a lot of shows, just do my best to digest as much as I can and be moved as often as possible. My only criteria for lyrics is that they come from this inspired state. I’d rather sing something silly and honest than something contrived.

What are the tools/instruments that you use to create your sound?

Just about always guitar, although sometimes I dabble on piano and ukulele.

What were you thinking while you were writing these three songs: Ysabela Lola pt 2, Dreaming Days and Don’t keep my landlocked?

This is the second part of a two-song story about a relationship I experienced while I was living in Italy. I just wanted to write the most un-corrupted, dewy-eyed, romantic thing I possibly could. Because really that was the only way I could honor that experience. And I think I achieved that, I’m really proud of this track.

I was staying in Mallorca with my best friend and I bought a toy ukulele there because the price of flying my guitar down from Barcelona was excessive. On that trip I spent two whole weeks lying on the beach, reading, swimming in the ocean, and drinking cheap beer in the evenings. We lived on about four euros a day. It was a magical time and I wrote that tune, my first and only on the uke, just walking up and down the beach one of those evenings around sunset.

A few years ago I spent a lot of time idolising someone who was things that I didn’t believe I was. Dreaming Days is about giving a lot of yourself away and replacing it with a watered down version of someone you admire.

To listen to the full LP, Pre-Order The Morning Show here.