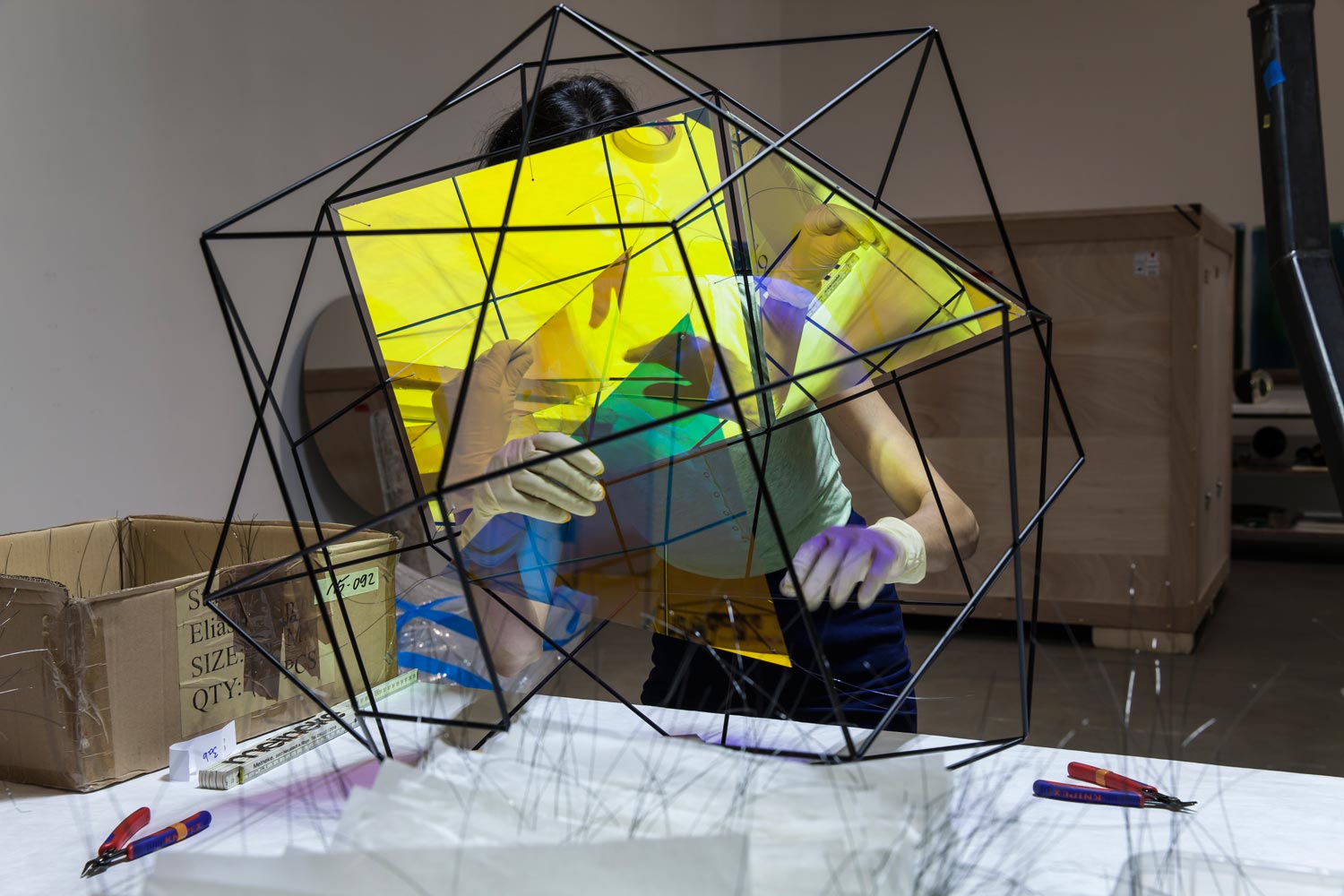 The 22nd annual Design Indaba kicked off it’s first day with a host of incredible talks ranging from tech wizards and product designers, to media moguls and agency kingpins.

During today’s conference, we were re-affirmed of the extraordinary role creativity plays in shaping the world with a strong emphasis on collaboration and the human element during the design process.

Personal narratives are harnessed to impart larger truths, music is being used to heal, furniture is a parable, and individual existence is asserted on the world map through the simple process of receiving a three-word GPS address. Here’s a brief re-cap of today’s highlights: 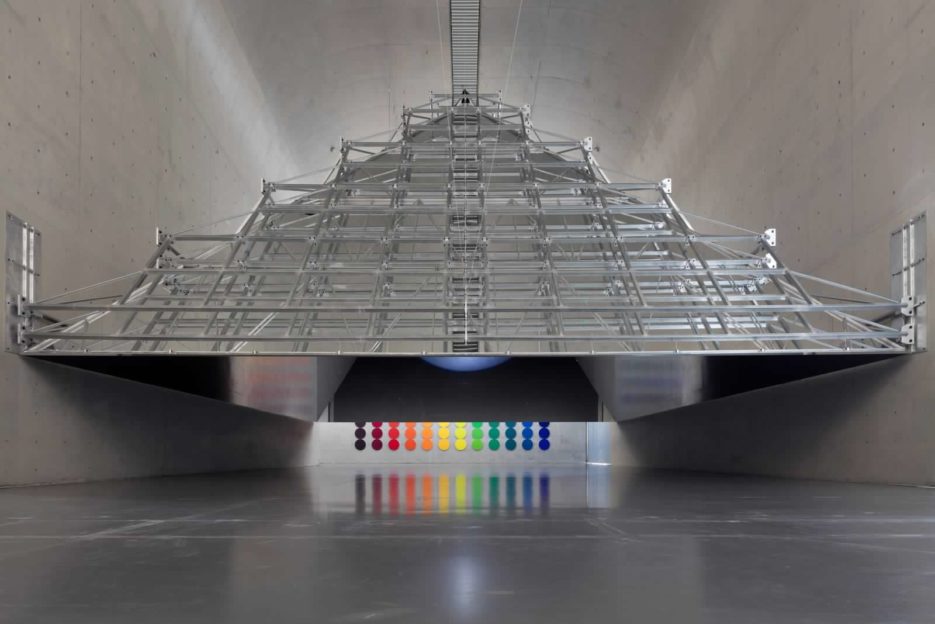 Using the Past to Shape the Future

Red Trees is a short film by Marina Willer which tells the story of her family, one of only twelve Jewish families to survive the Nazi occupation of Prague during WWII, who escaped and settled in Brazil. It’s 70 years since the war ended and yet the world is still overwhelmed with displaced refugees seeking asylum. Red Trees is a glimpse into the experience of being a refugee and provides important insight into the human fears and hopes behind news statistics.

About 75% of the world doesn’t have an adequate address system, which slows down business efficiency and hampers economic development, especially in developing countries. Chris Sheldrick, the CEO of What3words blew everyone away with his company’s simple global address system that uses a geocoder to turn geographic coordinates into three-word addresses. What3words is a plug-in that businesses and individuals can use to enhance their products and services. It has 57 trillion 3 metre by 3 metre squares, each with their own address – locating the way to efficient infrastructure, and service delivery. Just last week, What3Words launched a project in Durban which saw new addresses being given to hundreds of residents and in turn, providing a safer and more efficient model of health care service in rural areas.

Furniture is a Parable

Furniture designer Yinka Ilori began his talk by inviting audience members on stage to quite literally party. For him, each piece of furniture is like a parable, rich in narrative and history, with a subtle lesson. He specialises in up-cycling vintage furniture with a humorous and provocative approach. His furniture takes on new meanings depending on how it’s position and used. Of particular interest was Ilori’s take on the function of colour in a piece of work, which he says can convey vast histories and understandings of race, gender and more. 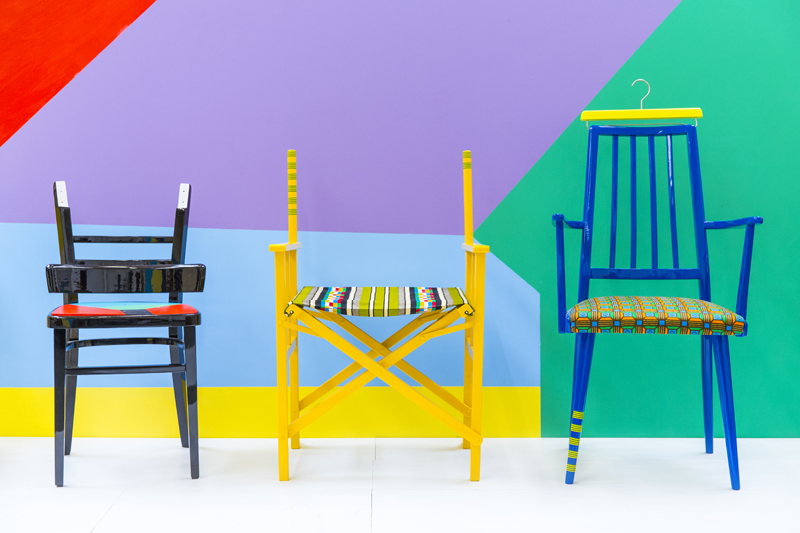 Marko Ahtisaari, the CEO of The Sync Project, is tapping into the healing power of music – and no, it’s not by producing Gregorian chants or pan-pipe tracks you can download. The Sync Project applies mechanic learning and measures how structural properties of music impact heart rate, brain activity and sleep patterns. You can use it to Unwind at the end of the day or even try out on Slack during work.

Designing a better world through Culture 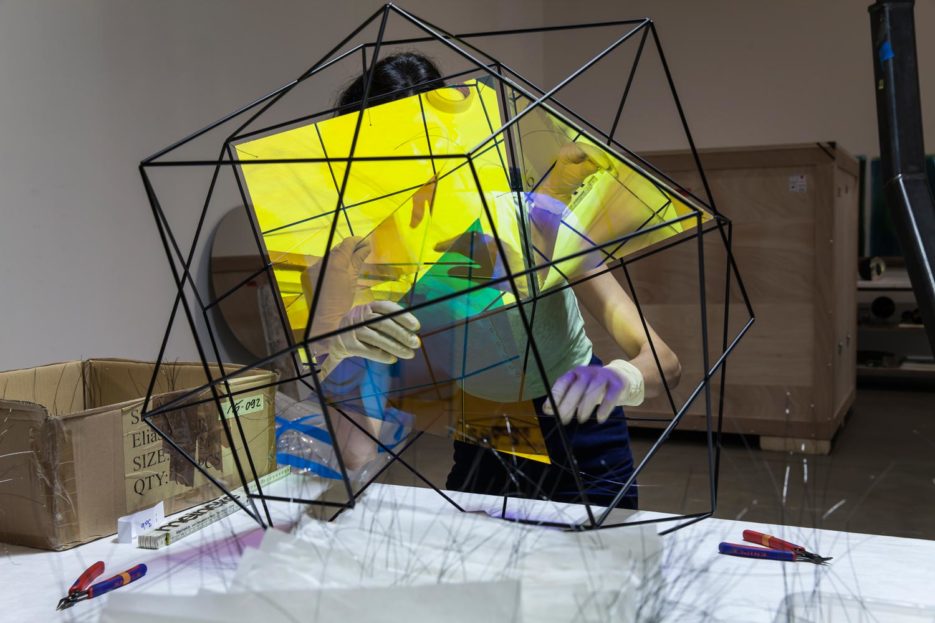 Olafur Eliasson, who presented one of the most well-received talks of the day, put forward a dense and thoughtful presentation of the importance of culture in creating social cohesion. Taking the audience through his many inspiring projects over the years, Eliasson highlighted the need for a form of design which listens and responds to the needs an interactions of its viewer or user, and how when we feel listened to and engaged with on a personal level, we are more likely to achieve a form of social cohesion and unity. Eliasson ended his talk on an interactive note, asking the audience to act out a short series of illuminating actions with his latest design, the solar-powered LittleSun lights.

"Your greatest design project is your life." –@AyseBirselSeck on using process to create a meaningful life. #designindaba

Your engagement has consequences #designindaba

Culture is inclusive and makes you feel heard. It's a way of going "Yes, I feel that too" @olafureliasson #designindaba

A set of beautifully illustrated notes, quotes and doodles from today’s set of talks. Follow Alice Edy on Instagram. 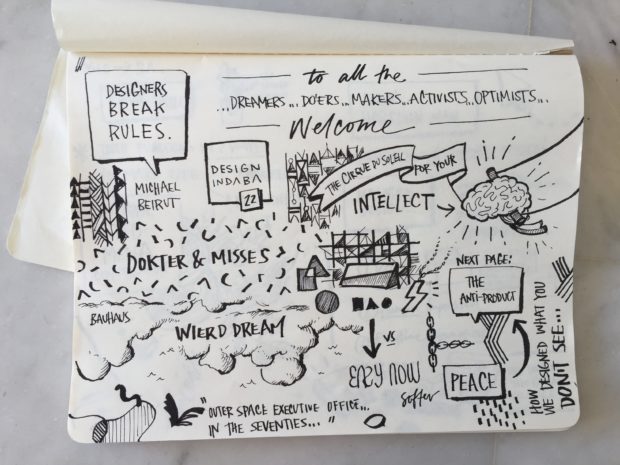 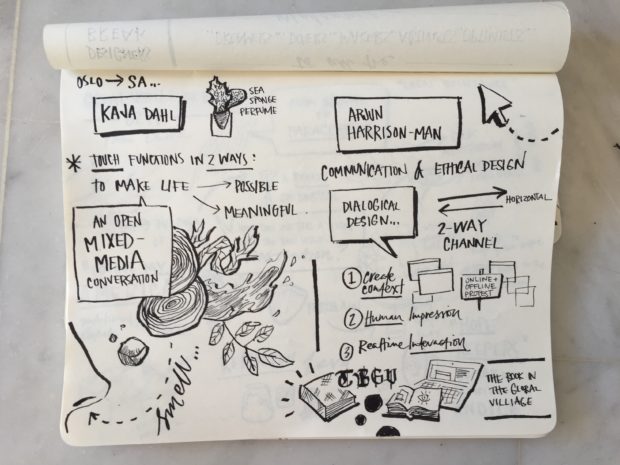 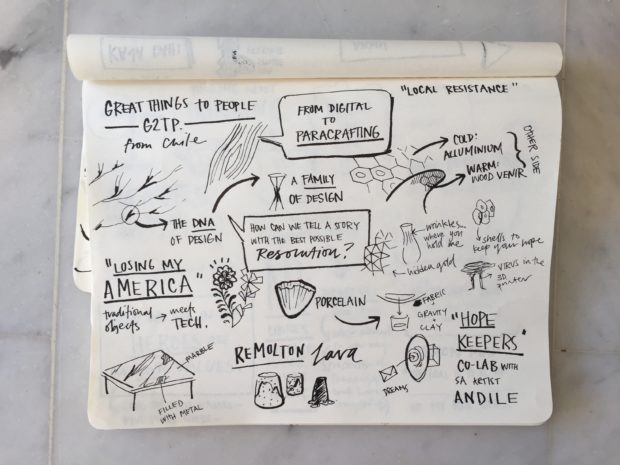 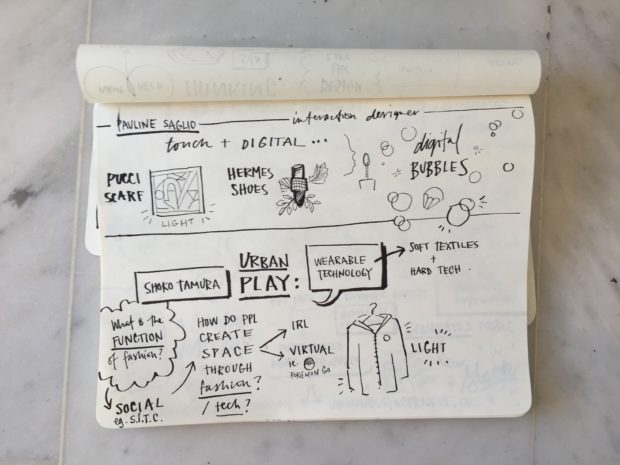 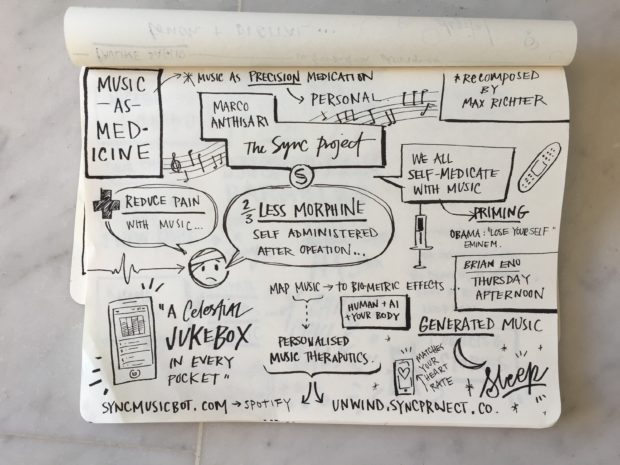 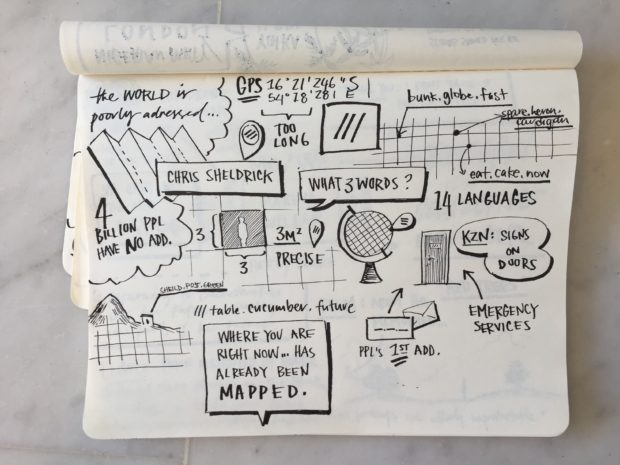 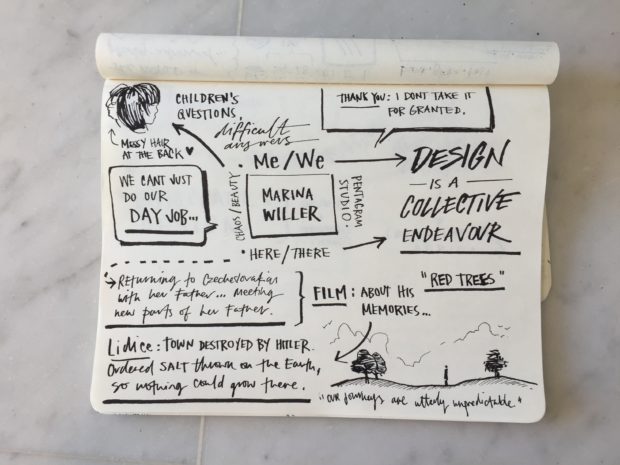 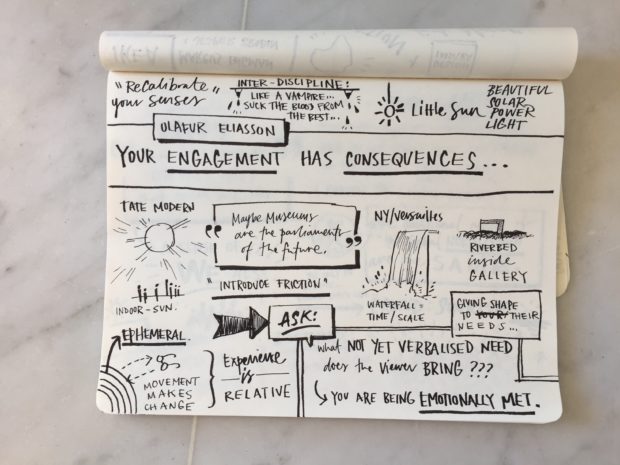 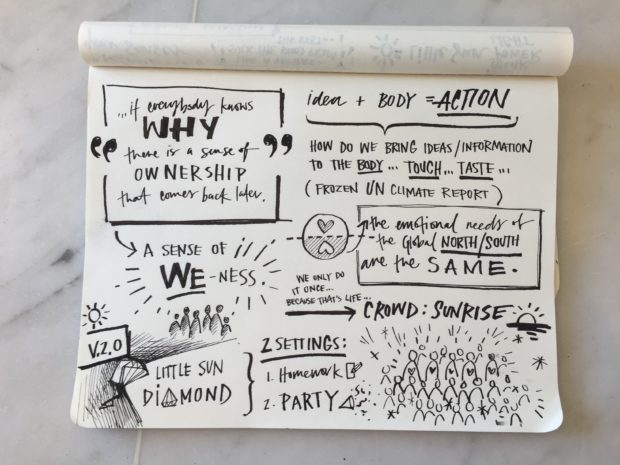 A few of our favourite lines from today’s speakers. 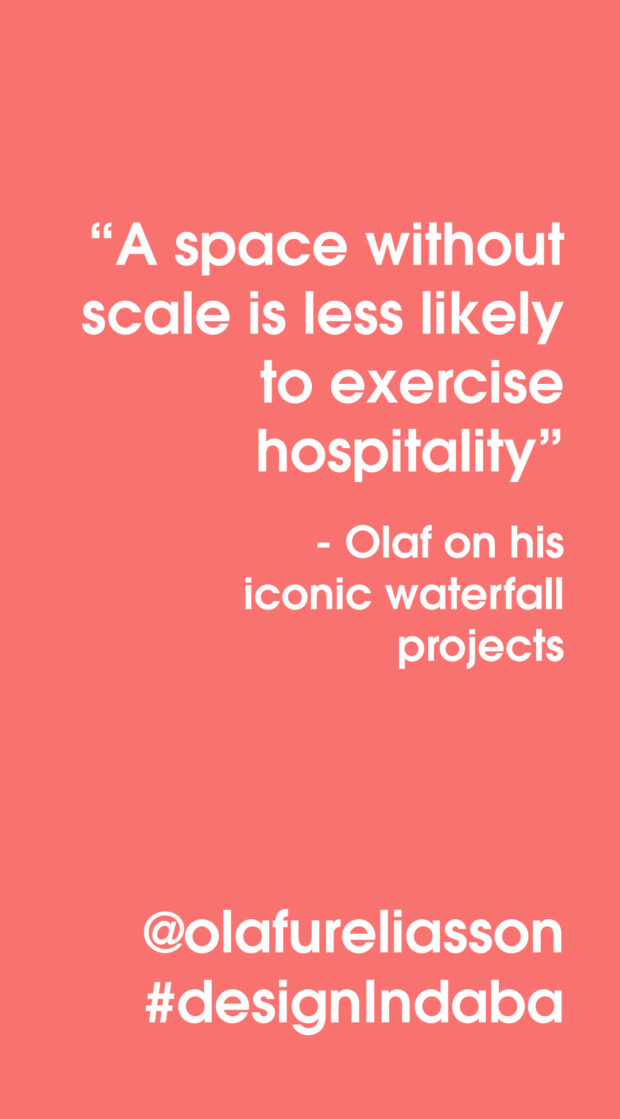 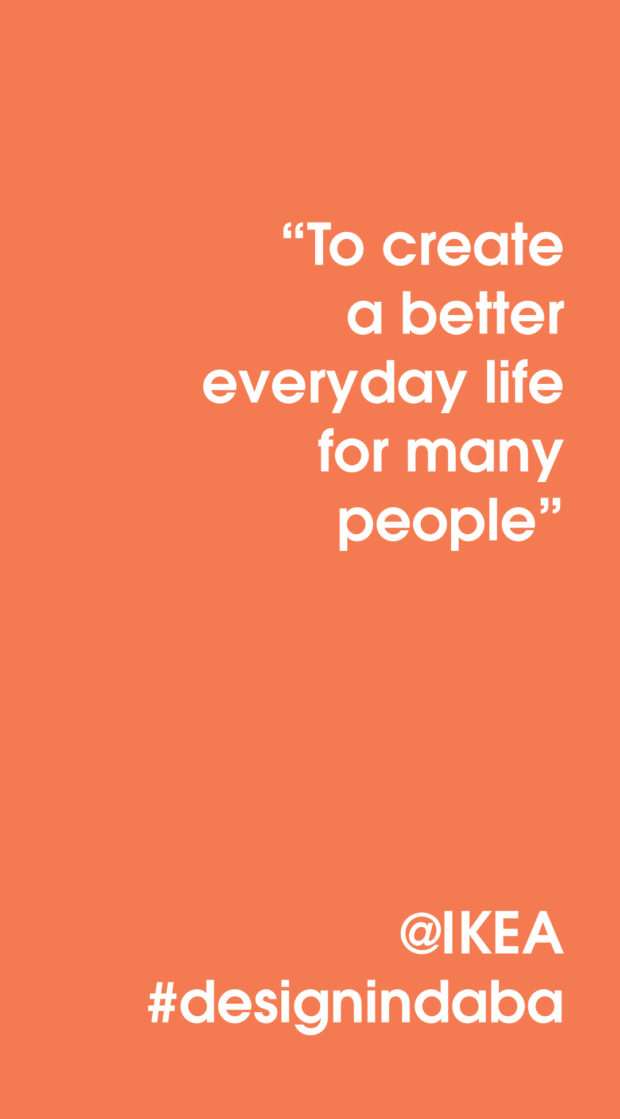 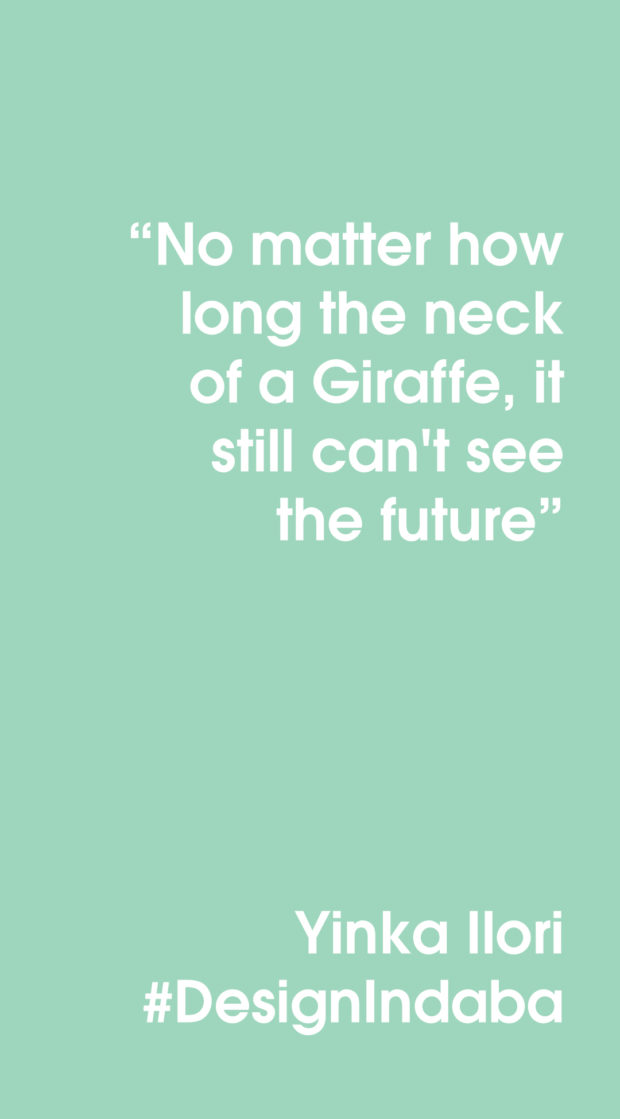 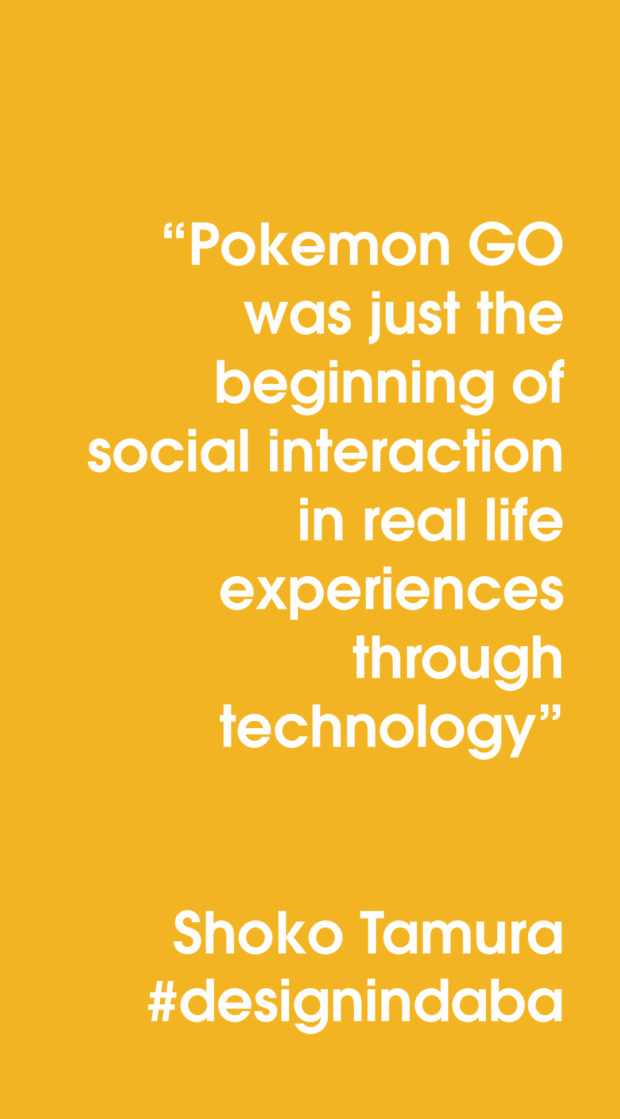 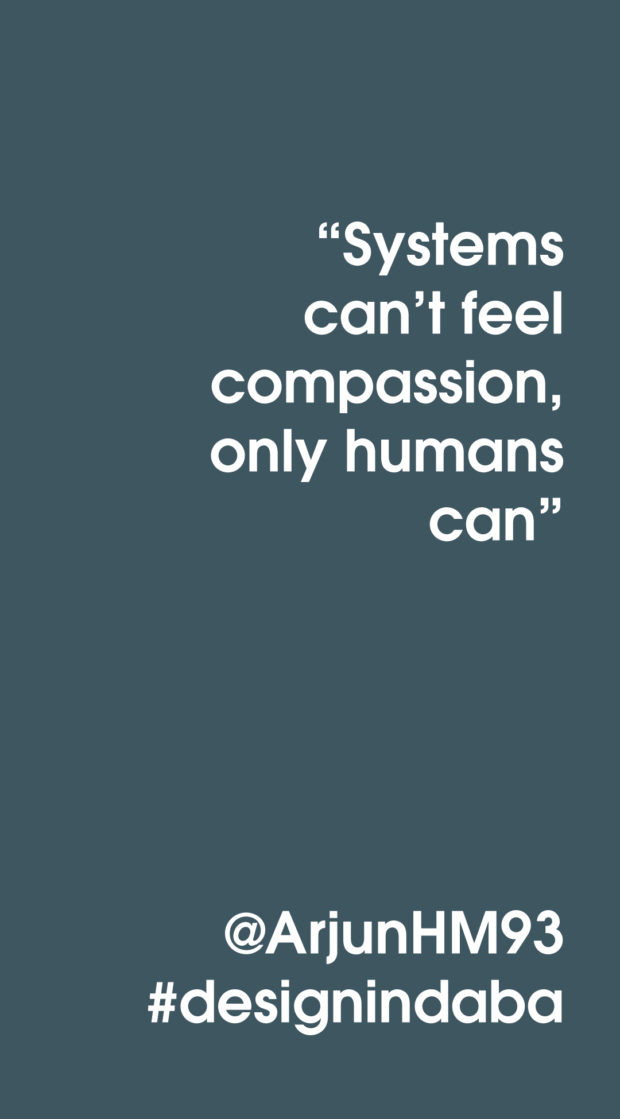