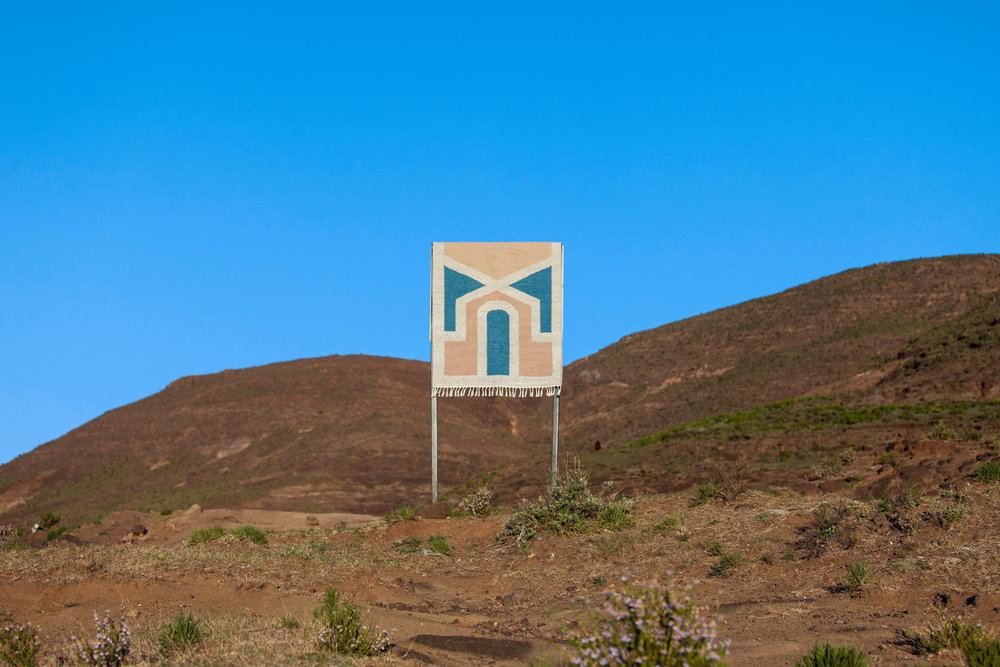 Three days of passion, inspiration and innovation came to a close today as one last line-up of speakers and performers took to the Artscape stage. Day 3 of Design Indaba was filled with trips to outer space, rap-style ballads about wi-fi, beautiful photography and so much more. Here are a few of our favourites.

South African photographer Thandiwe Msebenzi tackles social problems and culture in her images. The photographer lead her talk with a question to the audience: “How many of you have experienced street harassment in the past day or two?” This became the premise for Msebenzi’s explanation of her work, a powerful blend of striking portraiture and abstract imagery dealing with the quiet, invisible violence of sexual harassment. 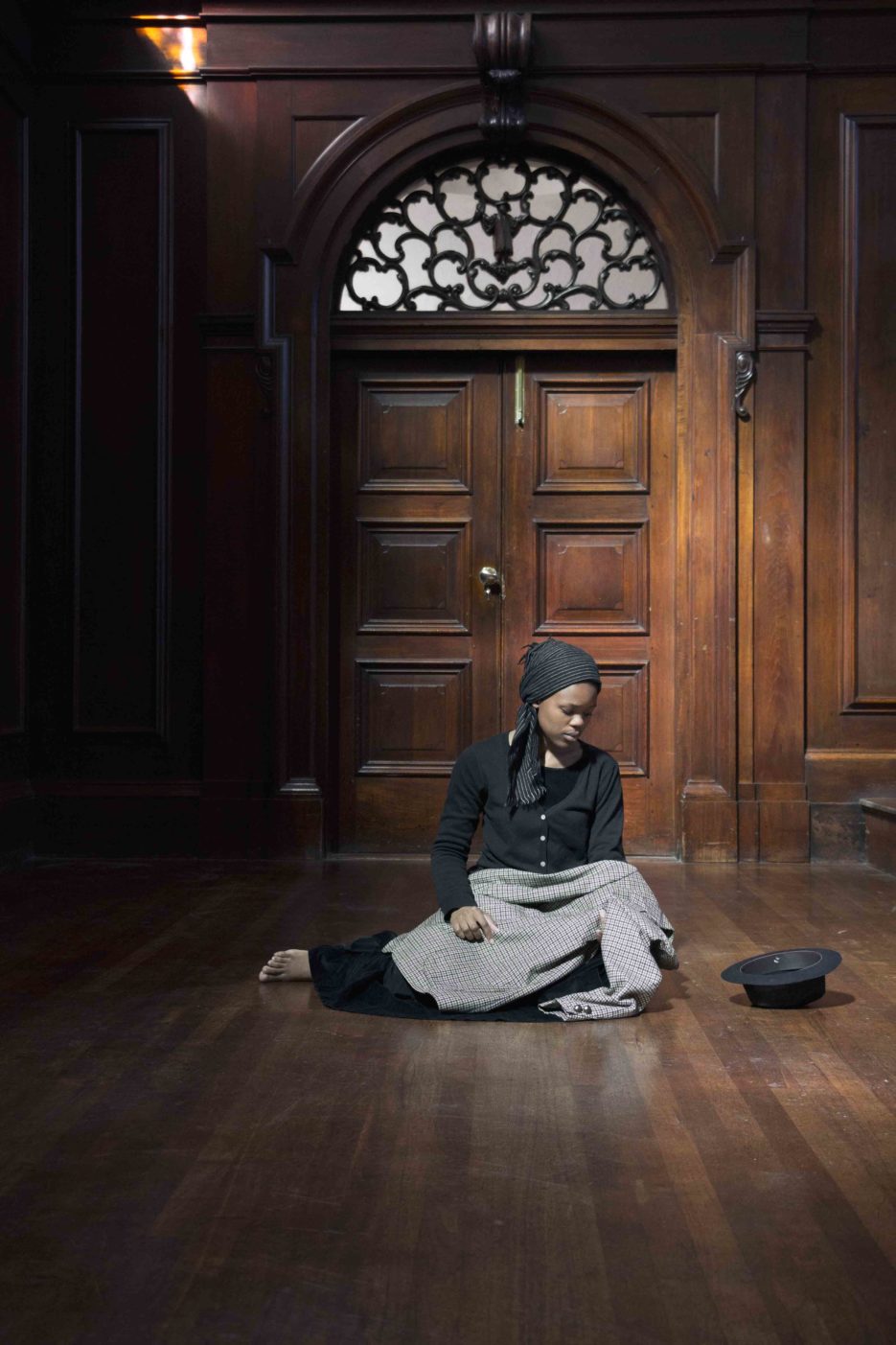 Osborne Macharia is a self-taught commercial and advertising photographer born and bred in Nairobi, Kenya and with a bachelors in architecture. Talking on the value of seeing new narratives, Macharia led the audience through a series of extra-ordinary stories, each one with a resultant photograph he took. Towards the end, the photographer explained he had fabricated every single story he had just told – “Welcome to my world,” he declared. “A world of fiction fantasy and afro-futurism.”

Carina “The Wizard” Bonse is an Art Direction and Design graduate from Red & Yellow, South Africa, who won Loerie Awards in her first, second and third years. For Bonse, what began as a simple investigation into waste disposal, turned into an innovative and life-changing model allowing for the simple and effective screening of oceans and lakes for e coli before swimming. Check out Swimming In It to find out more about the project.

Tech entrepreneur and crowdsourcing pioneer Luis von Ahn is best known for creating CAPTCHAs and the language-learning platform Duolingo. Von Ahn explained how designing CAPTCHAs began as a simple solution to a problem, but he soon found he wanted to help create lasting, meaningful change. CAPTCHAs, he explained, now serve as digital archiving tools which digitise words to be used in books the world over. He also spent some time explaining the origins of DuoLingo, an app for language learning, before announcing Swahili as the apps first African language, with Zulu on its way soon.

At #designindaba @LuisvonAhn announces the Swahili language course on @duolingo

TL Uglow (‘Tea’) is the creative director of Google’s Creative Lab in Sydney and a tech celebrity. Their talk centered largely on methods of storytelling, both old and new. Uglow emphasised strongly, our tendencies to view reality as existing on a linear timeline, and how we need to break out of that way of thinking. How do we do that? One way would be through making sense of the overwhelming amount of information we’re confronted with on a daily basis, through new forms of storytelling.

The Most Beautiful Object In South Africa

Each year, Design Indaba runs a public vote competition to decide on the Most Beautiful Object In South Africa, each object nominated by a prominent local artist. This year’s winner was none other than Nkuli Mlangeli of The Ninevites for the beautiful Sankara Rug – an expression of southern Africa’s modernity as well as its rich history of craft. 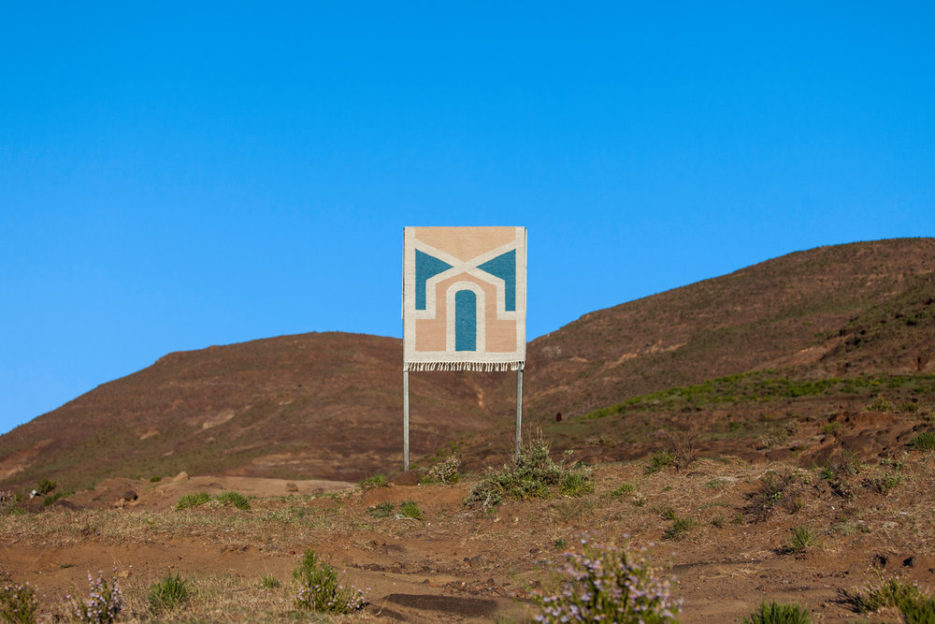 The Sankara Rug by Nkuli Mlangeni

The grand unveiling: An arch for our Arch

Right at the end of Snøhetta co-founder Craig Dykers’ talk – the final talk of the conference – he announced an architectural tribute to none other than Arch Bishop Desmond Tutu. The tribute: A multi-stranded arch designed by Snøhetta and local architect Thomas Chapman of Local Studio. The structure takes its premise from South Africa’s own constitution, and in particular, its 14 pre-ambles and 14 chapters. The structure was unveiled on the Design Indaba stage and the Arch Bishop himself, as well as Cape Town mayor Patricia de Lille were there to celebrate.

“I often say if your butt is happy then you will be too” – Craig Dykers, Snohetta #designindaba pic.twitter.com/J8kvZSiPu0

As designers we create the environment we live in, we essentially create the zoo enclosure for humans – @snohetta #DesignIndaba pic.twitter.com/0V9QIxG43e

The results are in. Nkuli Mlangeni takes the Most Beautiful Object in South Africa award with the Sankura Rug #DesignIndaba ????? pic.twitter.com/jECNfpsHS2

One word to describe @OsborneK63‘s compelling narrative photography: DOPE. I am so here for his afro-futuristic swag! #designindaba pic.twitter.com/MQfQJEUgM9

The last set of beautifully illustrated notes, quotes and doodles from today’s set of talks. Be sure to give Alice a follow on Instagram. 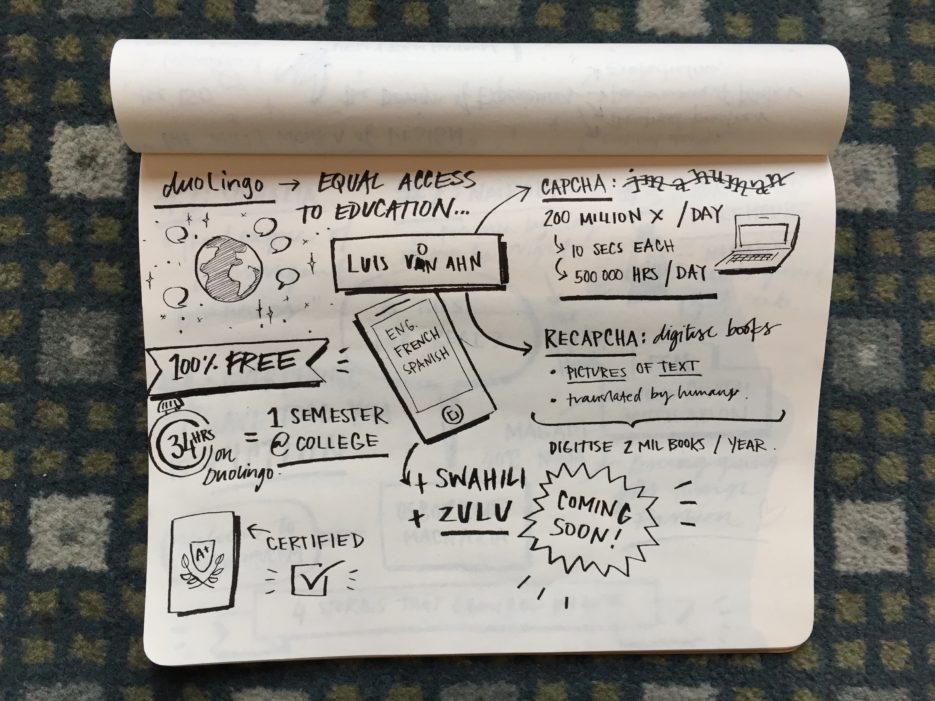 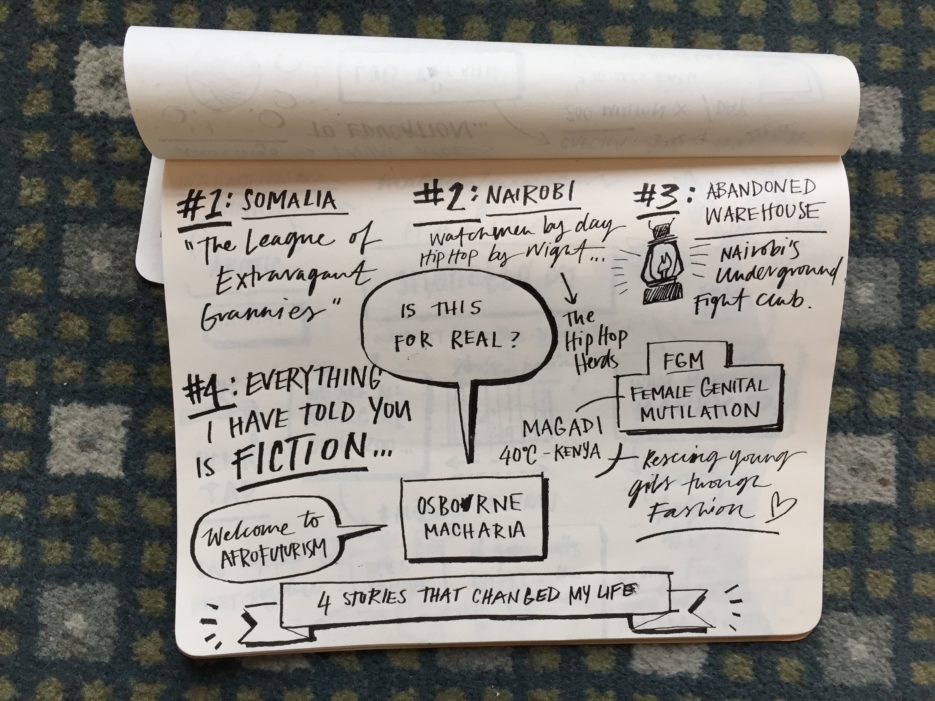 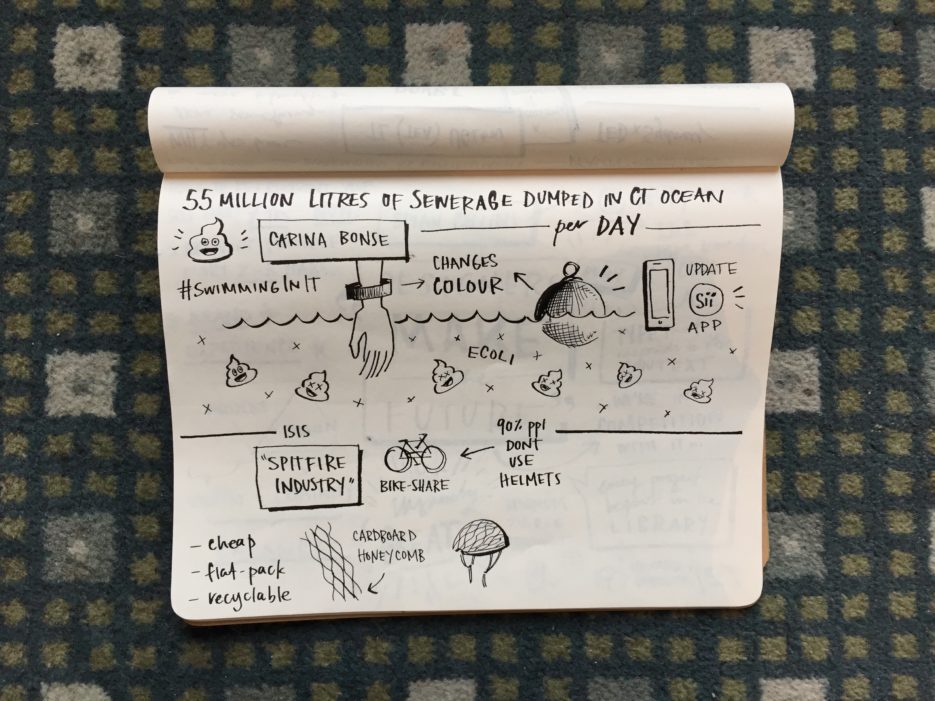 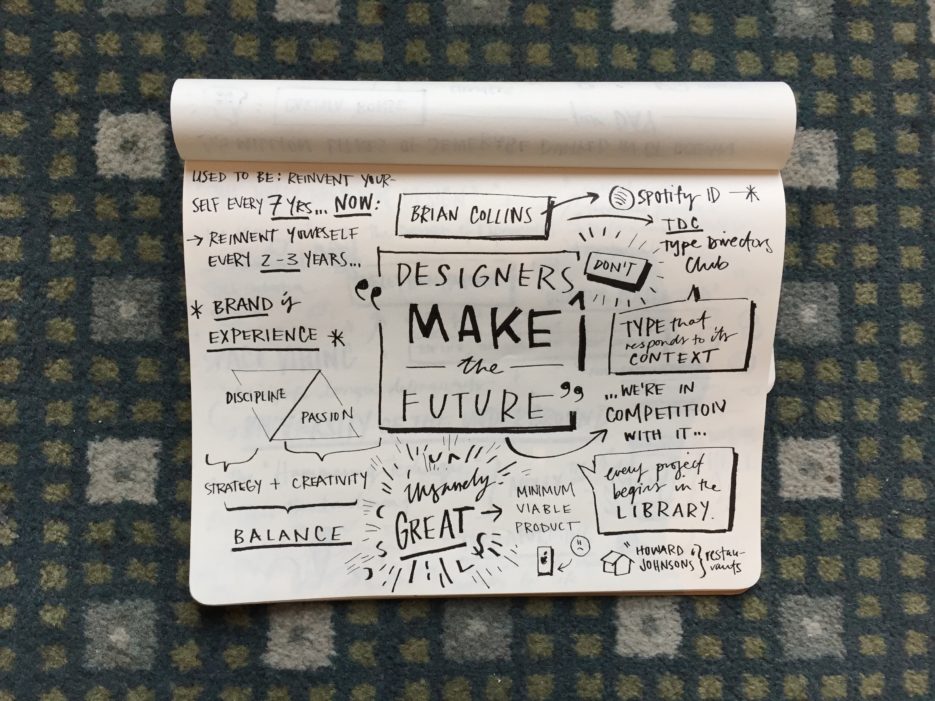 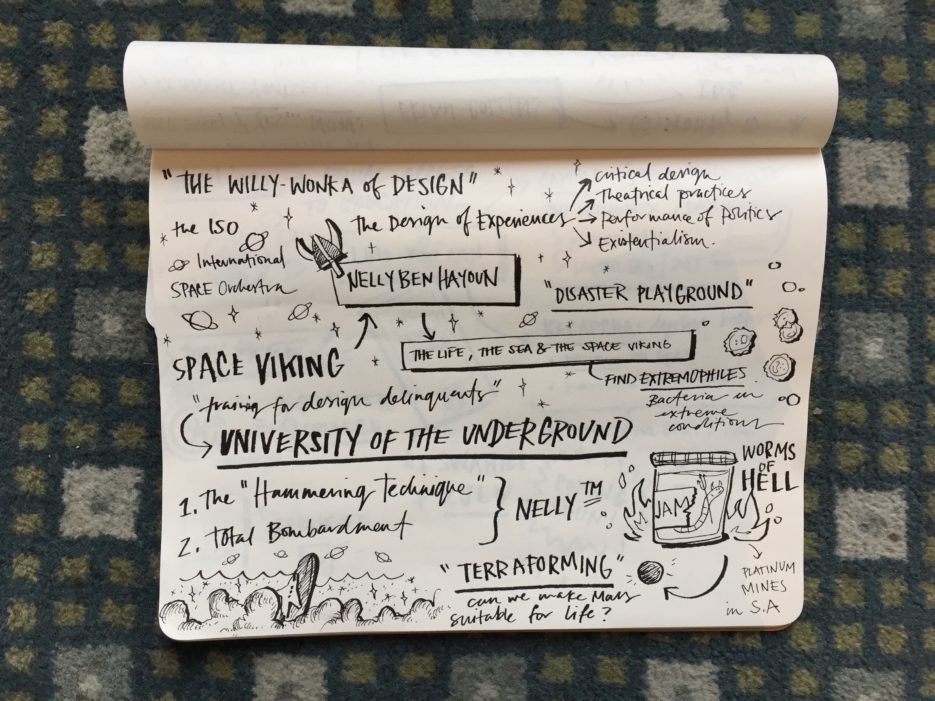 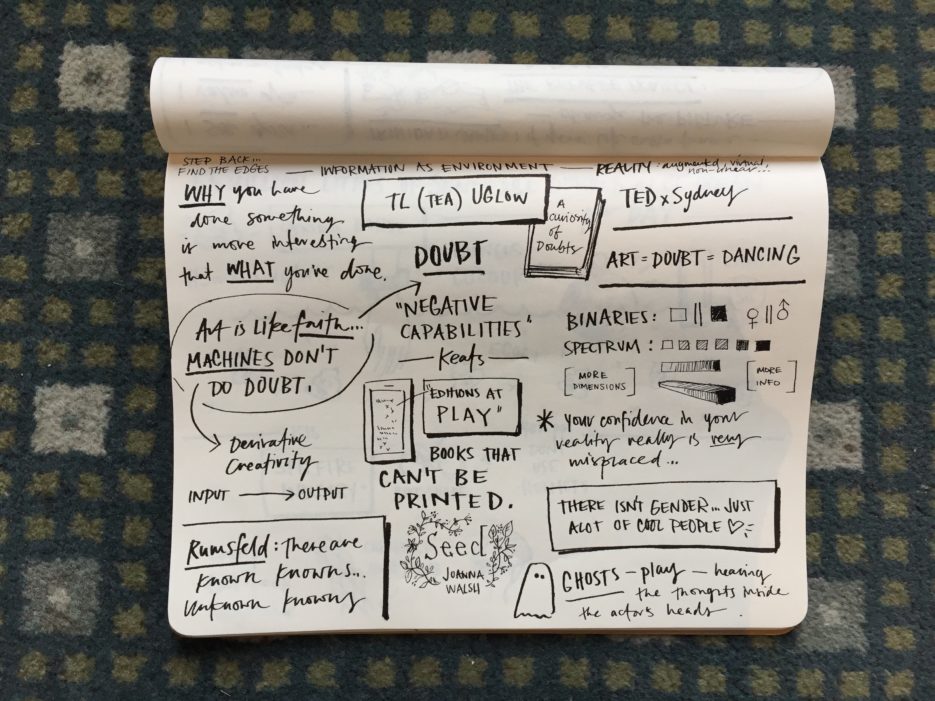 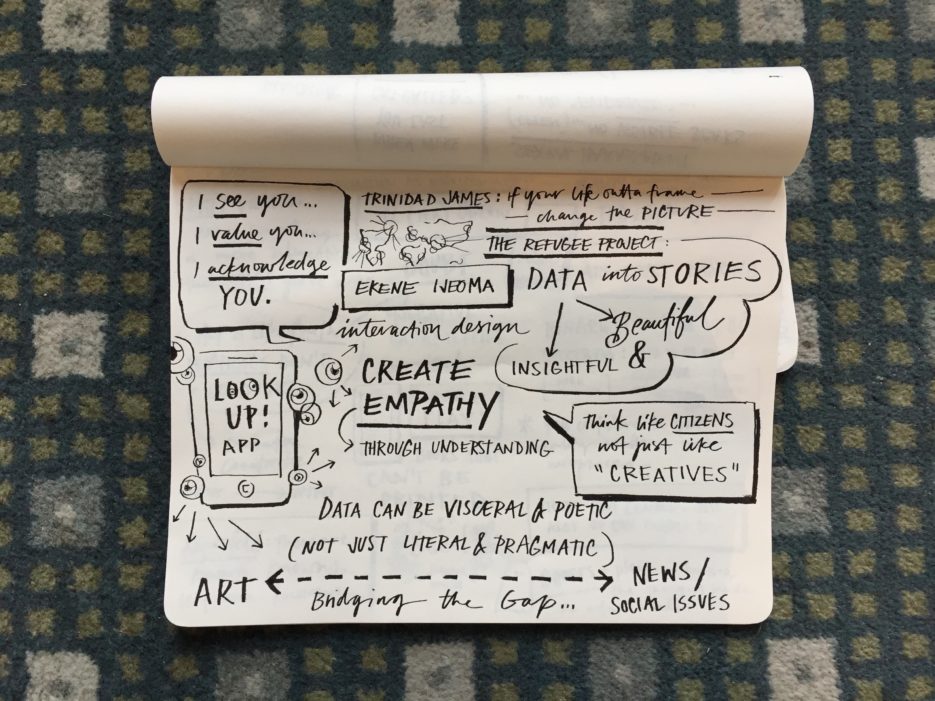 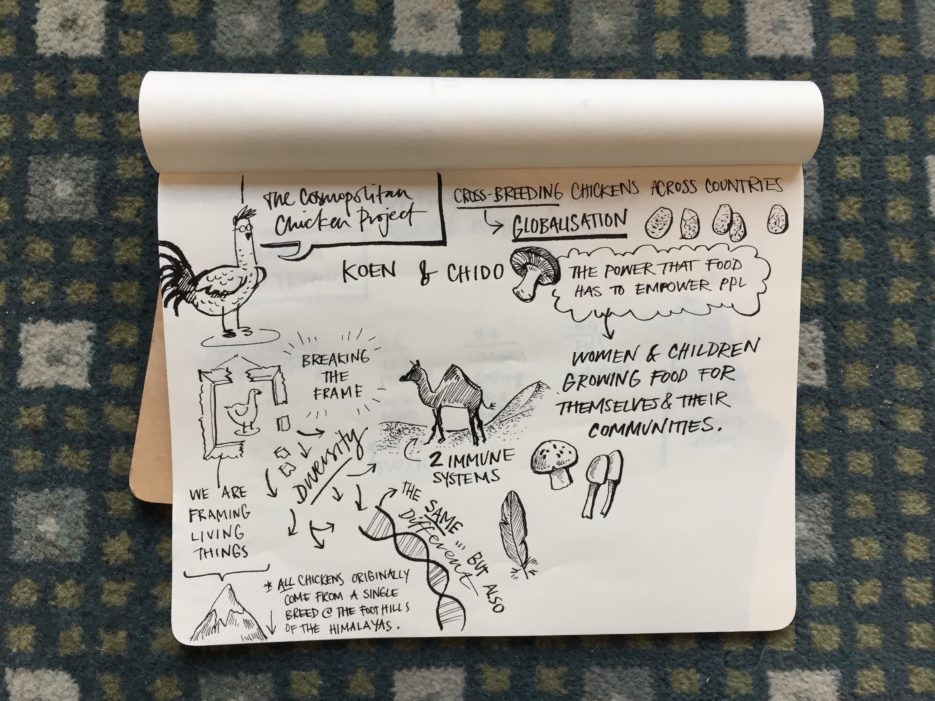 A few of our favourite lines from the final line-up of speakers. 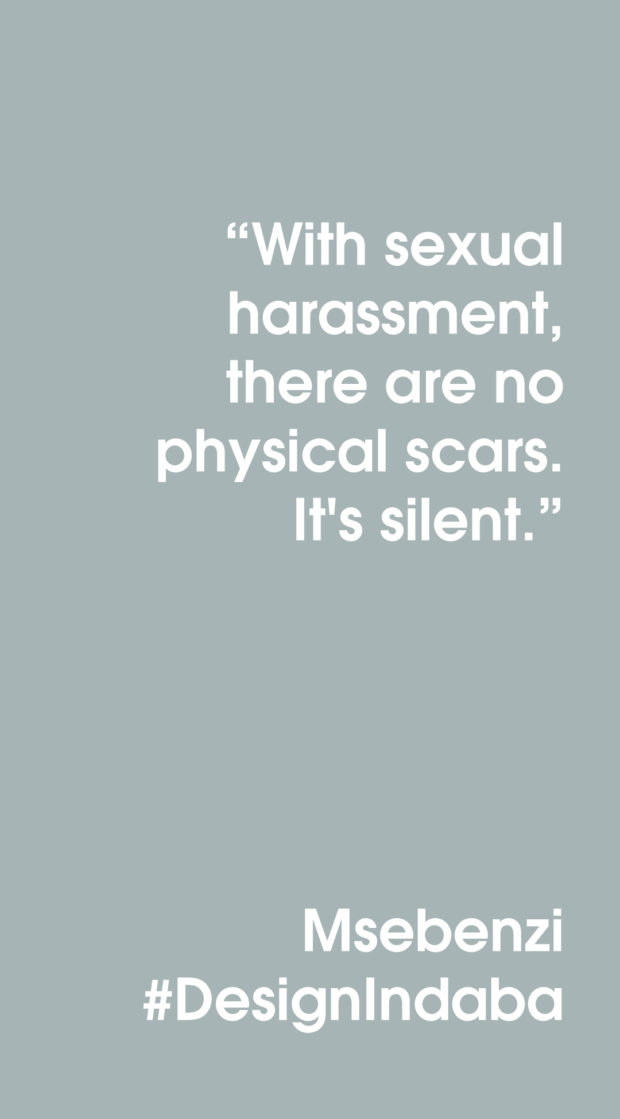 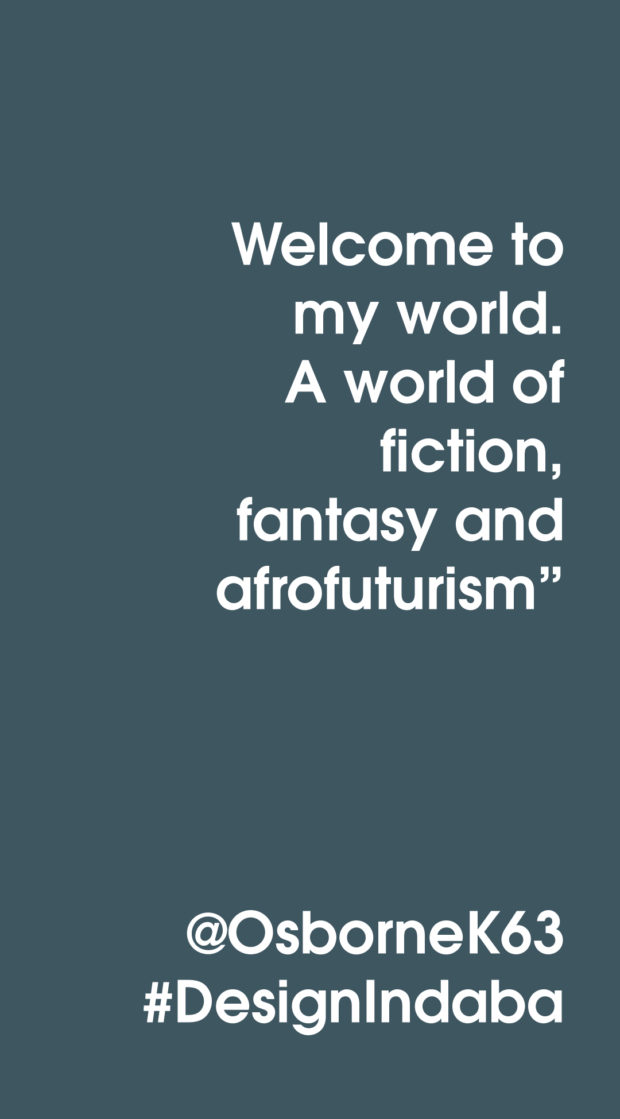 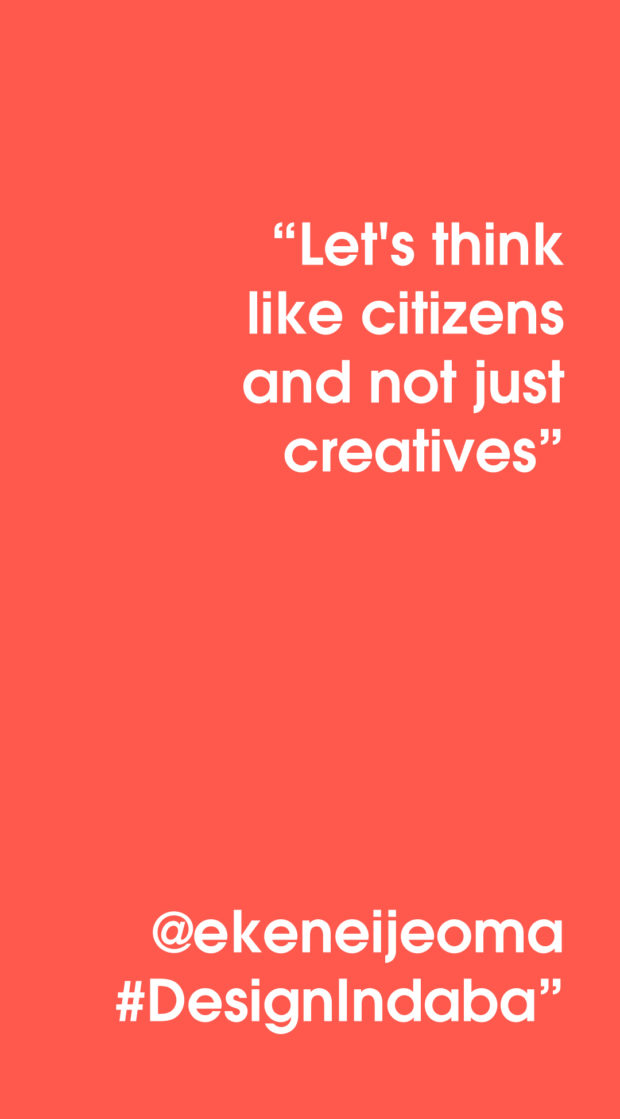 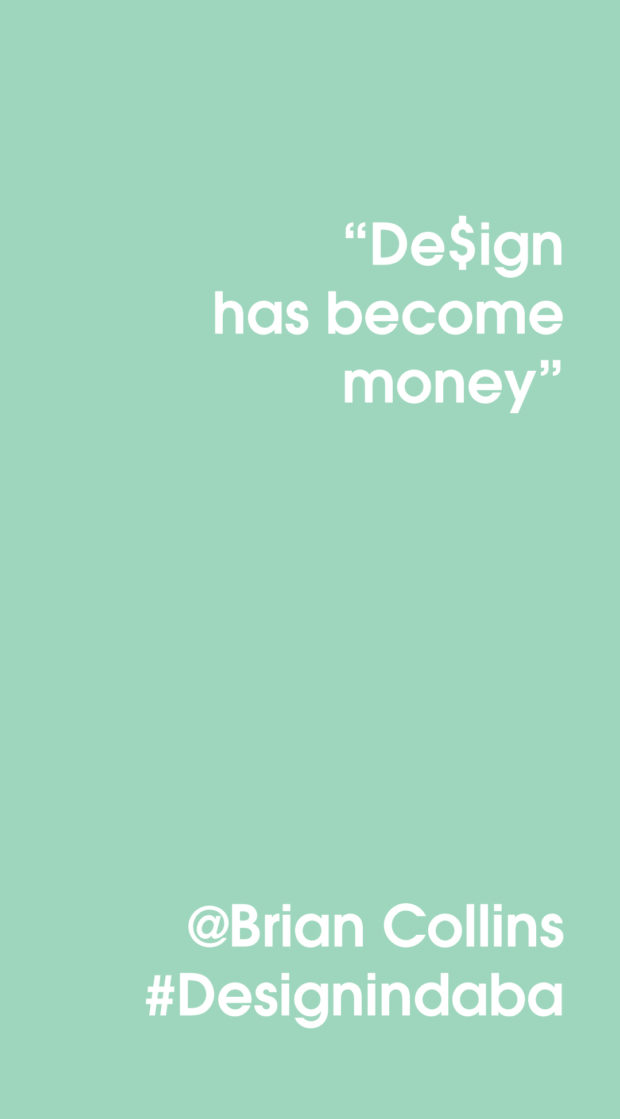 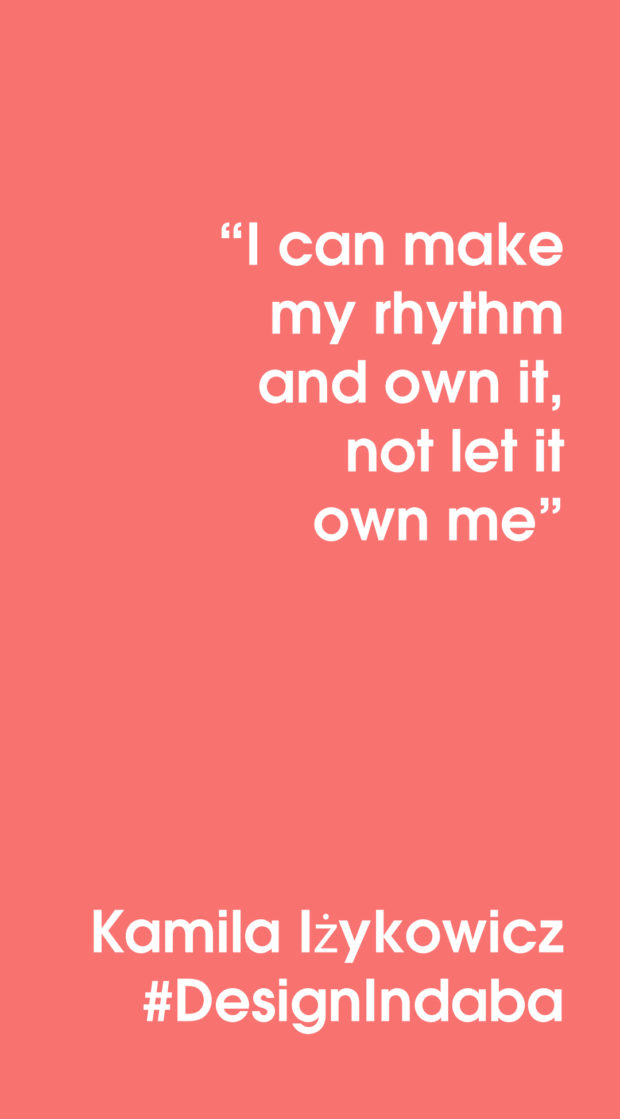 Check out the rest of our 2017 Design Indaba coverage over here.