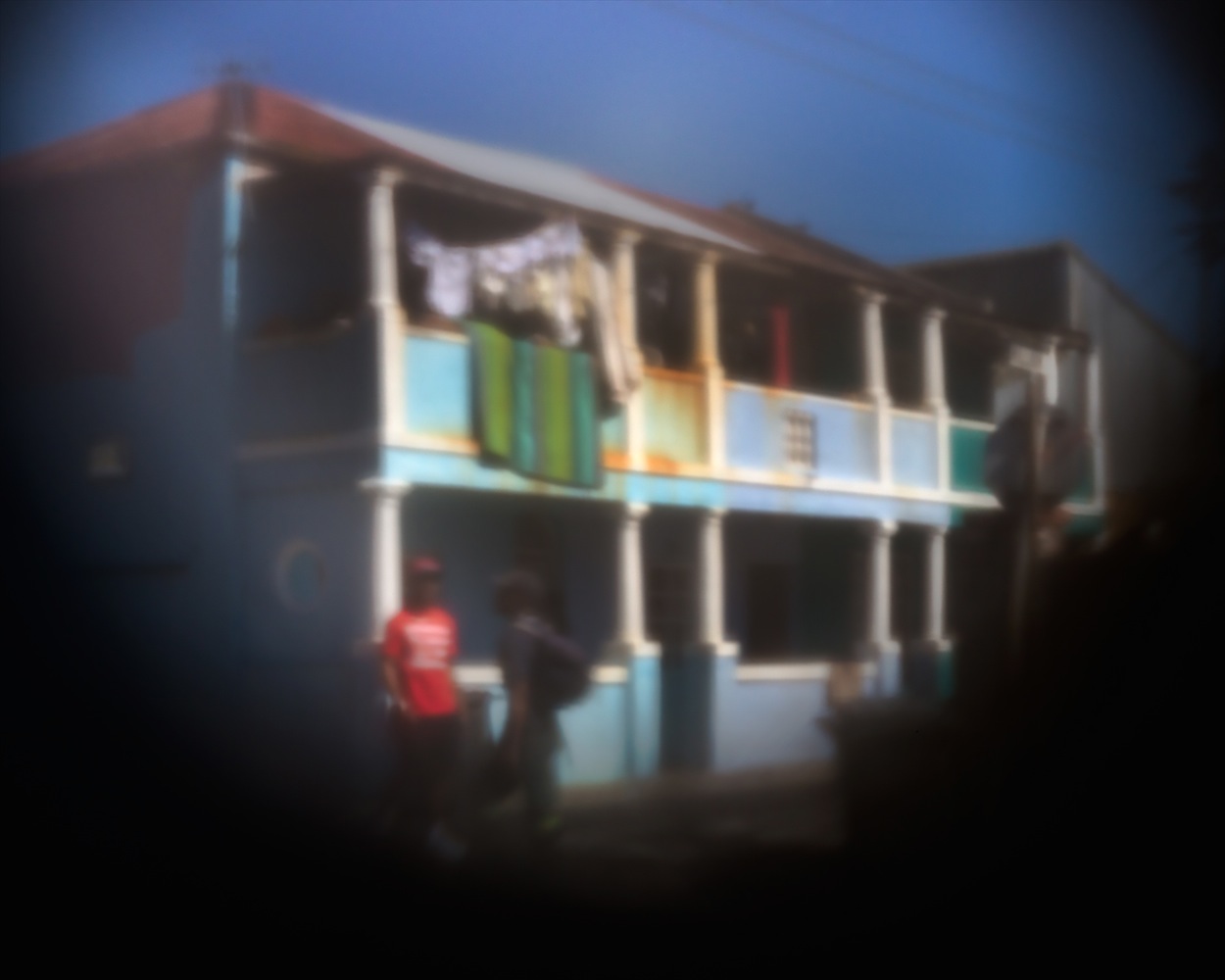 Posted at 09:25h in Documentary, Photography by Nikki Zakkas
0 Likes

In his analogue series, ironically titled Community Upliftment, photojournalist Jon Riordan explores the damaging effects that urban gentrification has had on Woodstock, one of Cape Town’s oldest and most historically integrated areas. His experimental photographs intend to highlight how exclusionary developments and an in-affordable rise in property values and rents has led to a displacement of the original Cape Colony’s Malay and Coloured communities, who have always called the area home.

“As a photographer I try to allow my projects to become more than a representational account of my subject matter. In this instance I decided to shoot the project using home-made pinhole lenses in the hope that the idiosyncratic images they produced, full of shadows, transient figures and the extrusive passage of time, would become a visual metaphor for [gentrification] as well as the experience of losing your ability to be included and participate within your neighborhood,” the artist says of his approach to making the series.

View the full essay below and find more of his work online. 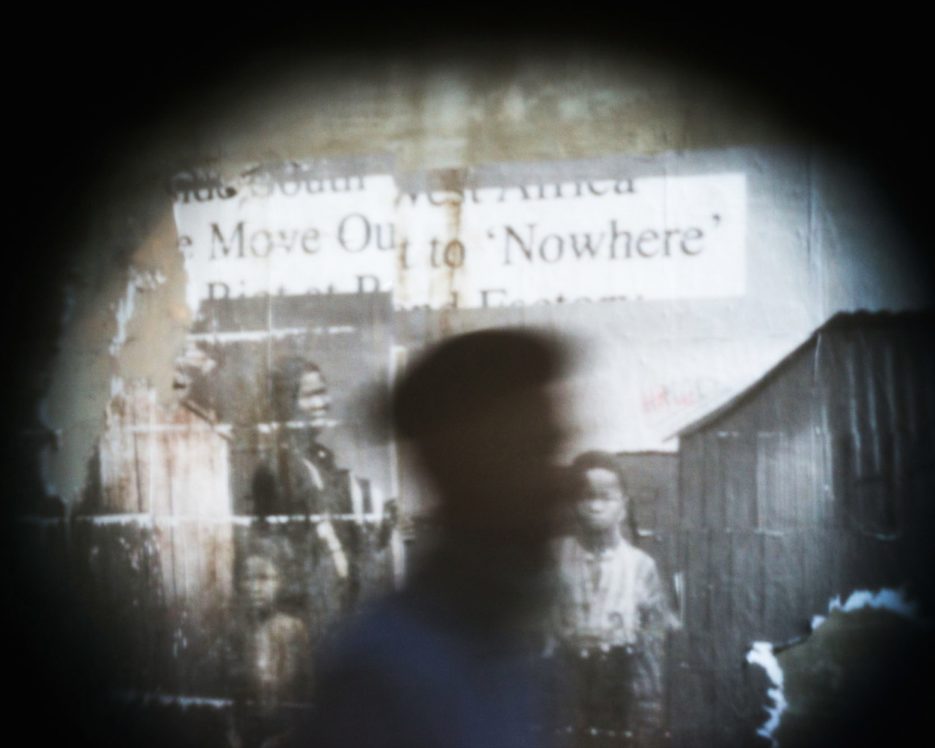 Mogammed Salie walks past graffiti on Rhodesia Street where he has lived for most of his life. 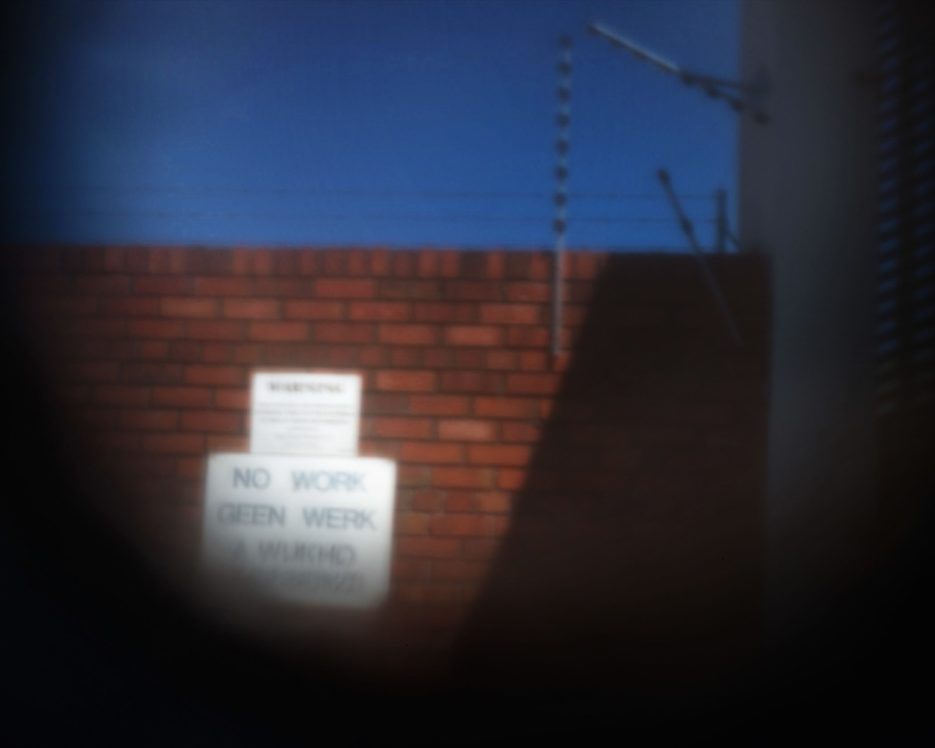 A sign on the wall of the Springbok Atlas bus depot on Treaty Street, Woodstock.

Graffiti created by Gaia, an graffiti artist from New York. 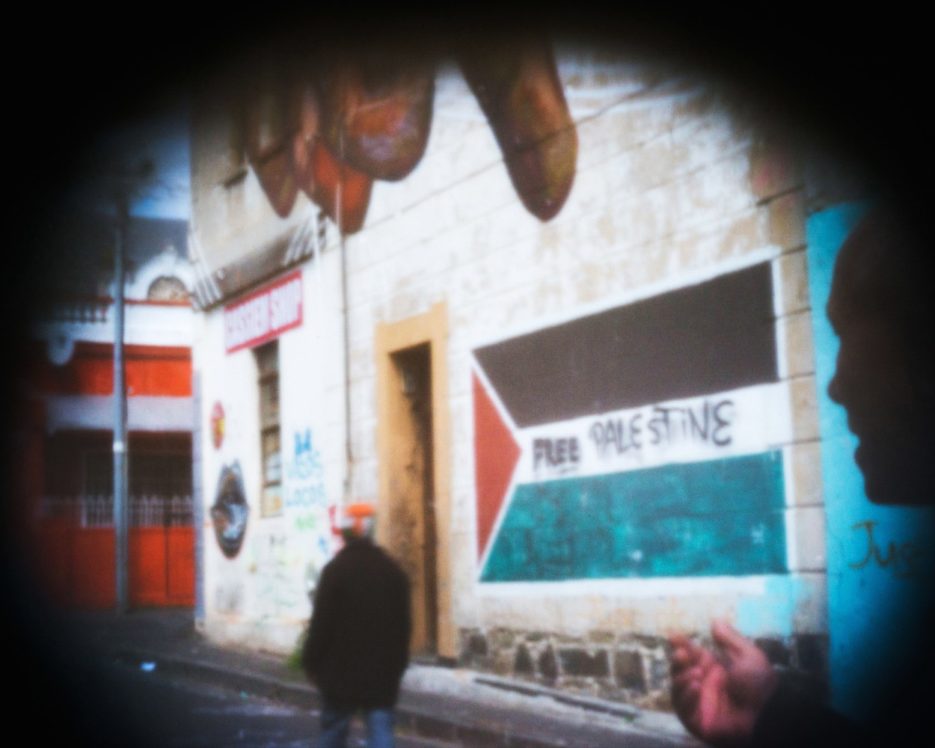 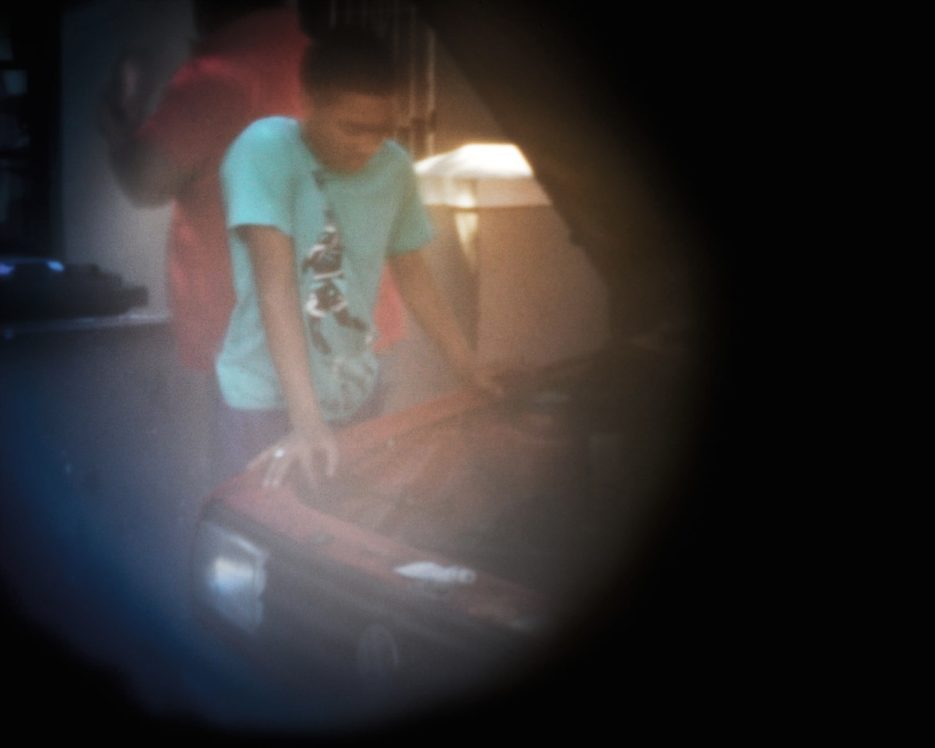 It’s Saturday in Woodstock, the day to see your friends and fix your car. 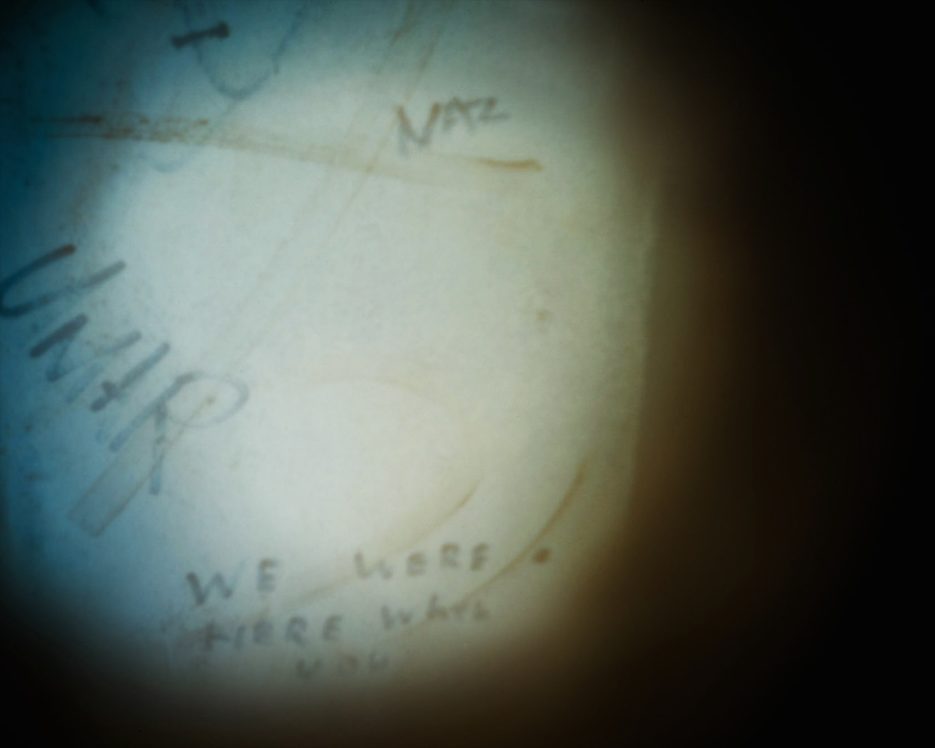 Graffiti created by young members of the Woodstock community. 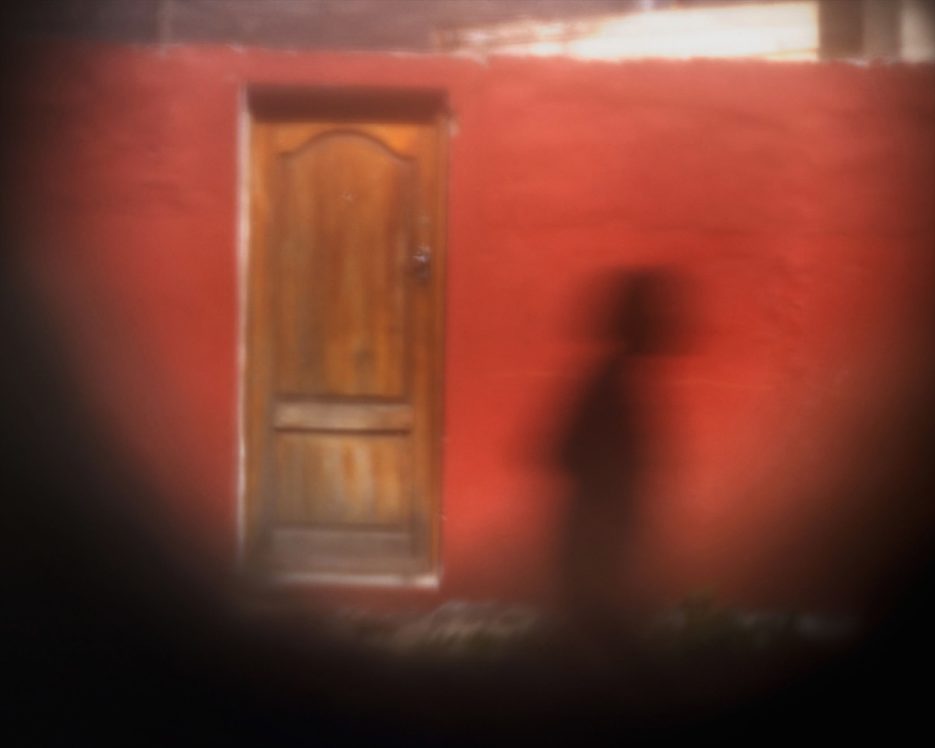 A Woodstock resident leaves her home to go to Friday mosque.

Roger February is one of the many Woodstock locals who look after the cars belonging to the many customers of the very trendy Old Biscuit Mill Market every Saturday. 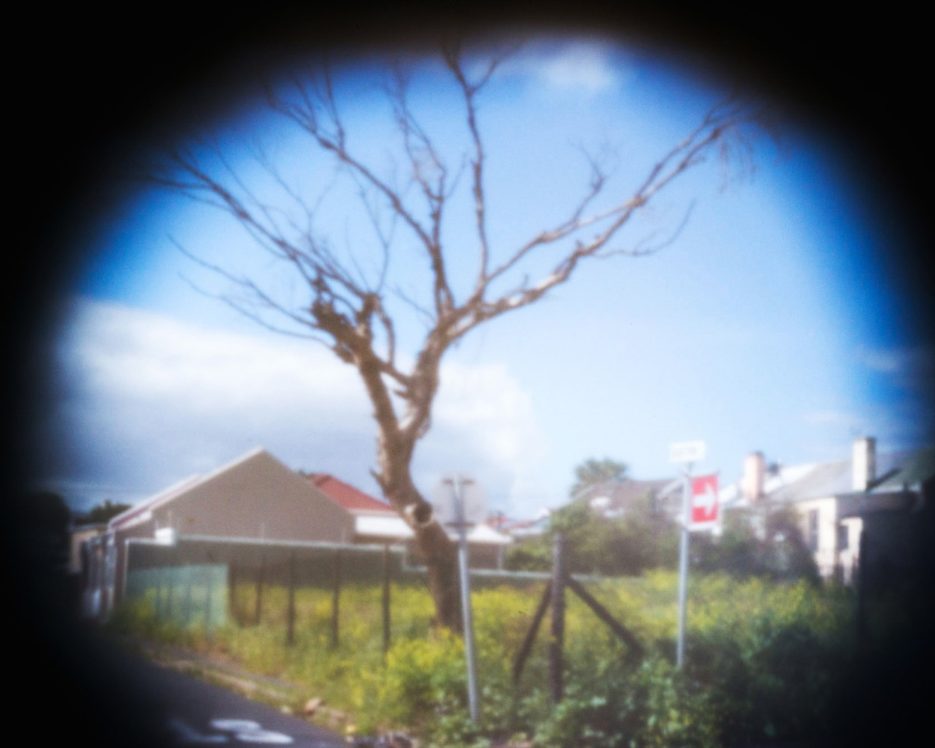 An empty plot is fenced off from public access. 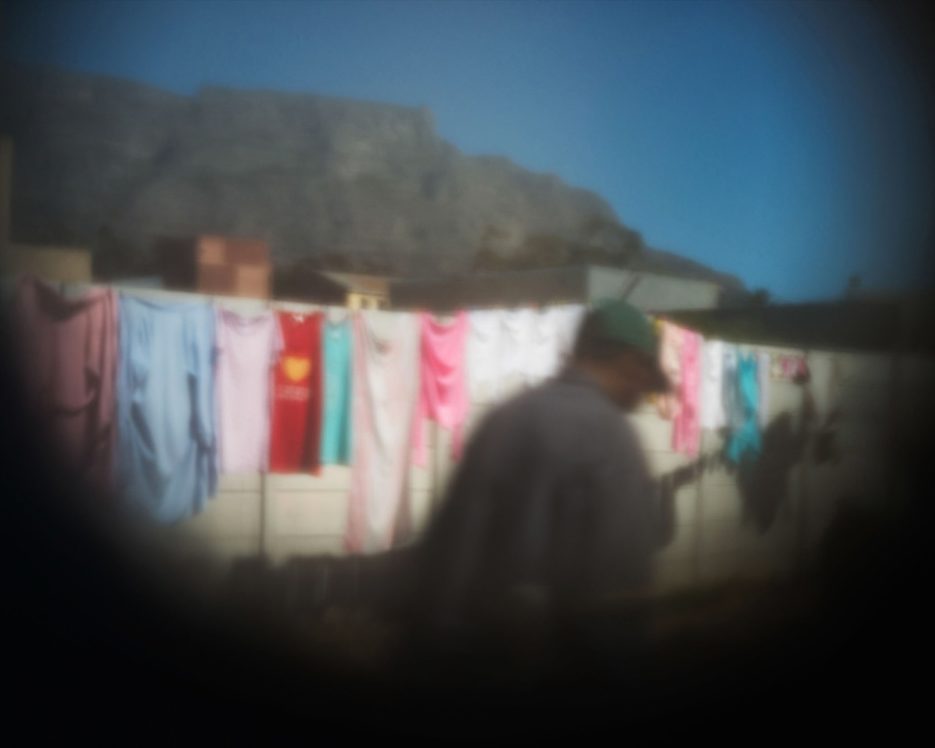 Peter Mashile, originally from Queenstown in the Eastern Cape moved to Woodstock in 1996. In the past he has worked in the warehouses in Woodstock but is currently unemployed. 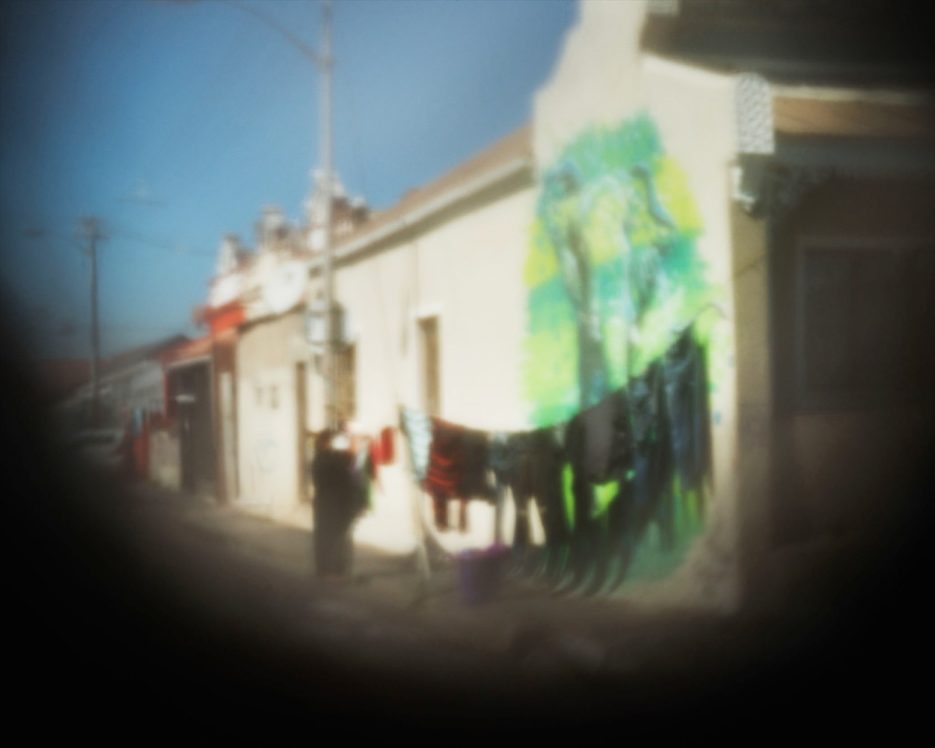 Aisha Isaacs hangs up washing on the street outside her house. Her family has lived in the area since the early 1900s. 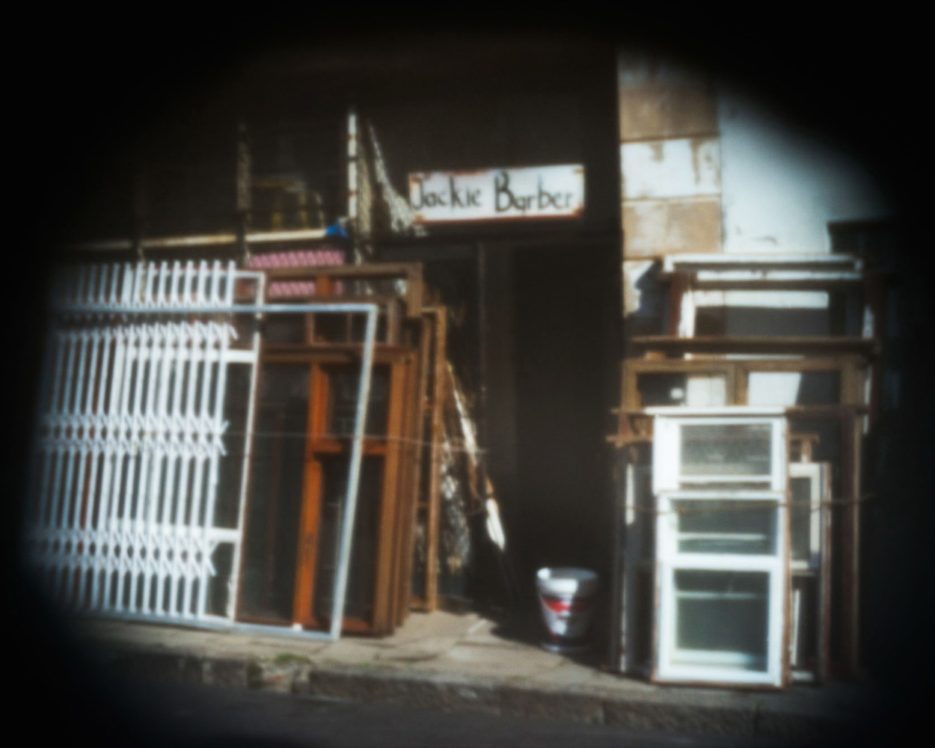 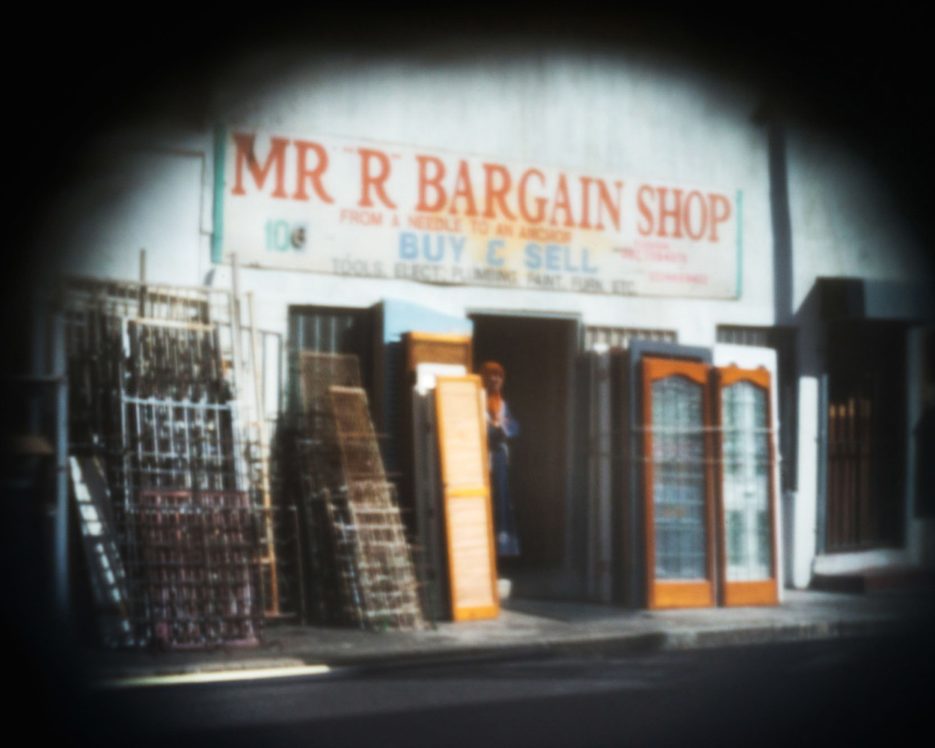 Edgar Louw scavenges roof tiles from an empty warehouse. He will sell these to residents wishing to repair their own house. 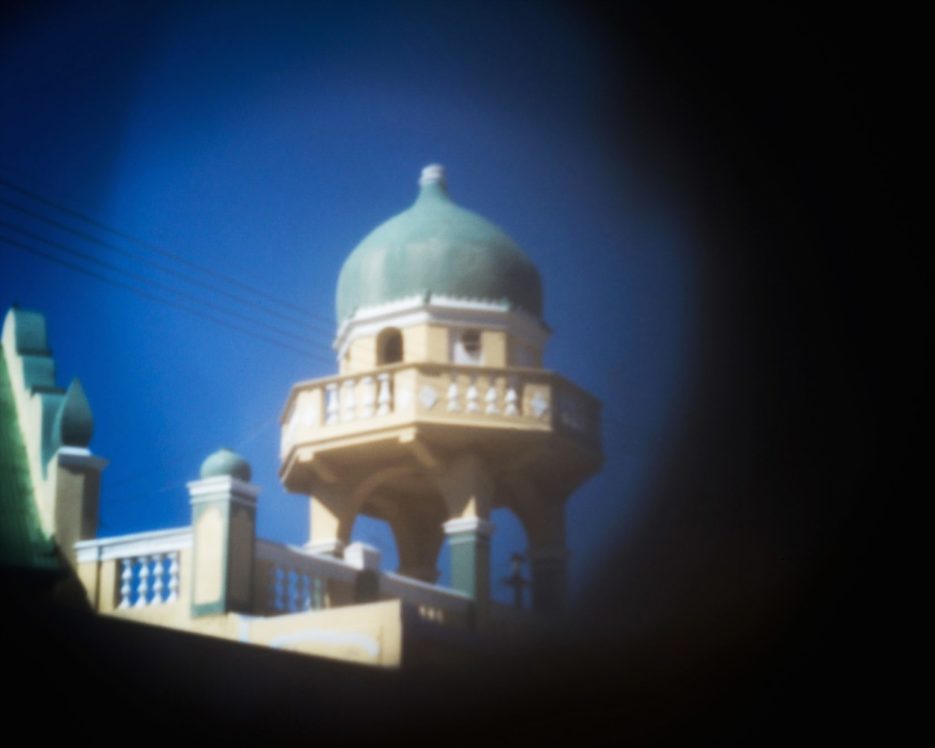 The minaret of Nurul Islam Mosque, which was built in 1914 to service the expanding muslim community in Woodstock and the surrounding areas. 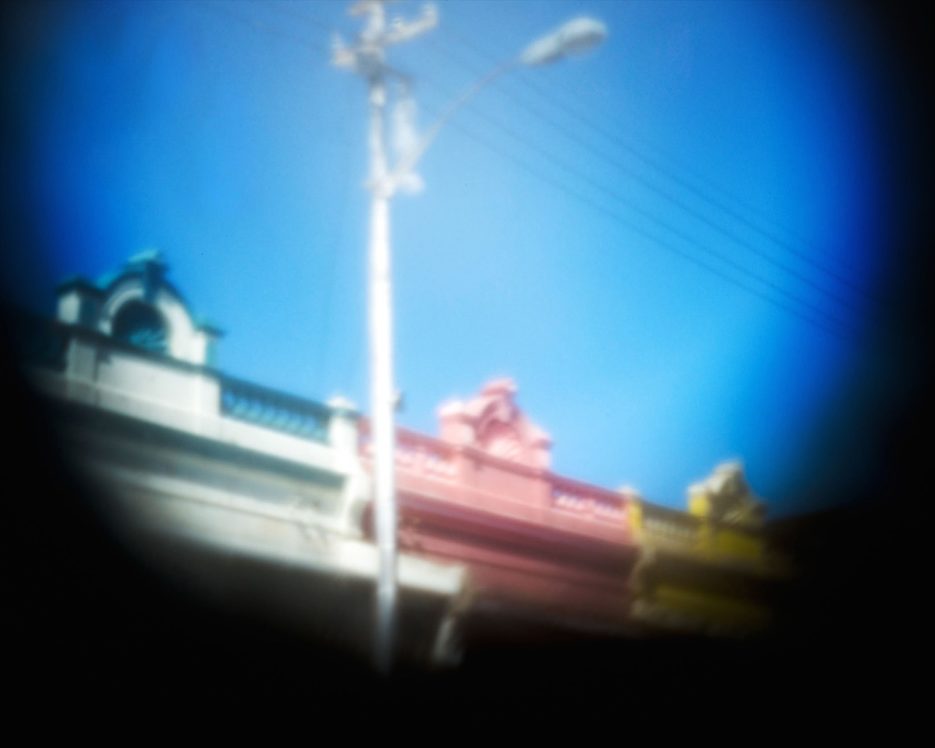 The facades of gentrified Woodstock cottages dating back to the early 1900s. 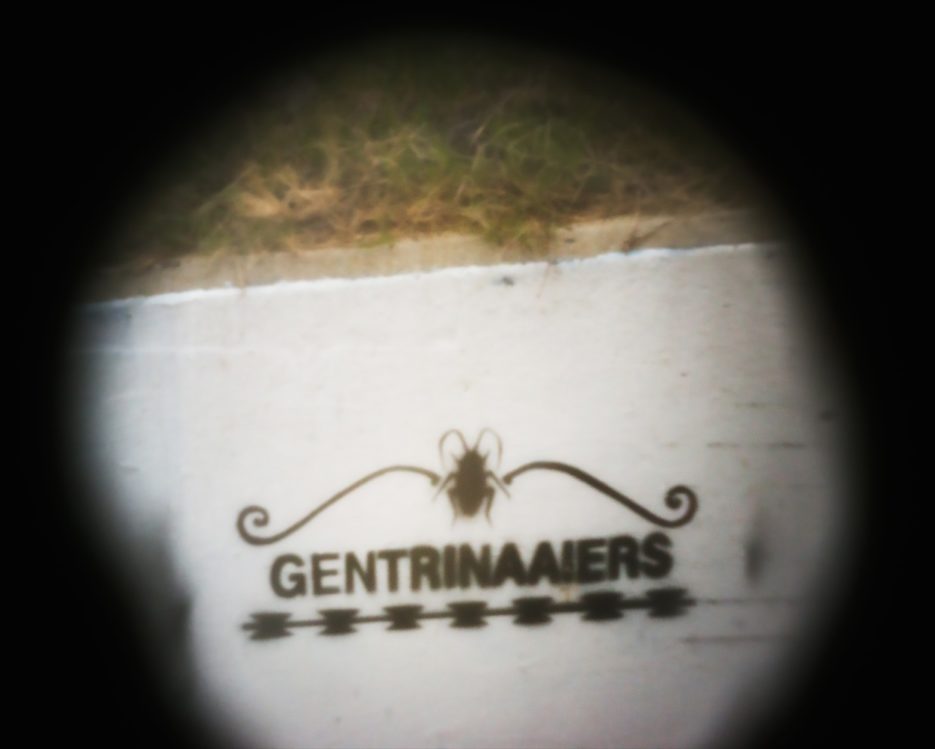 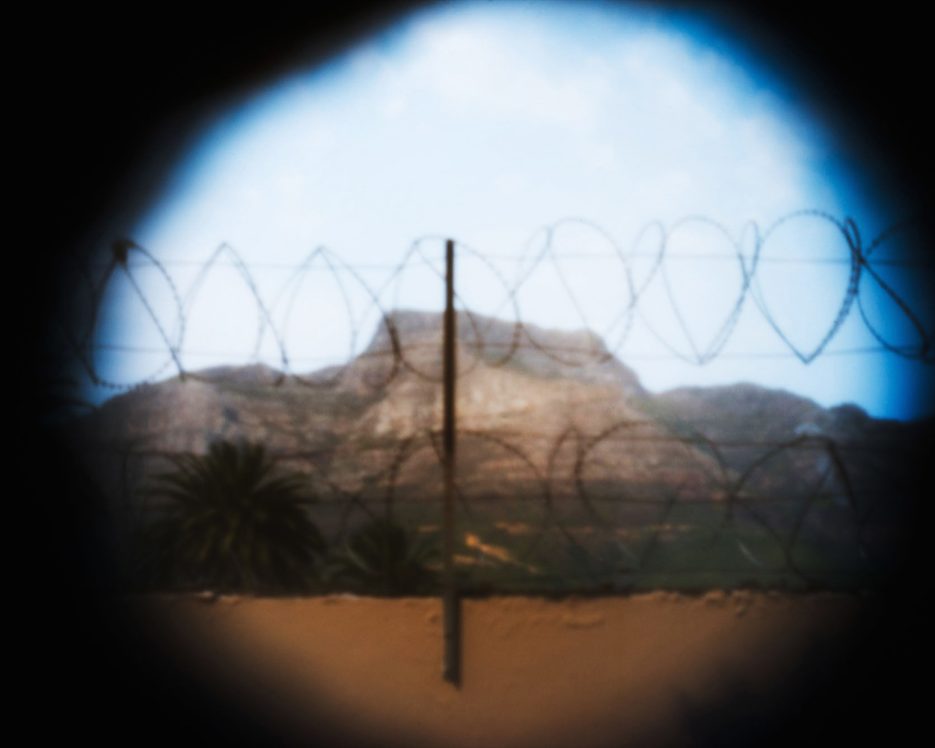