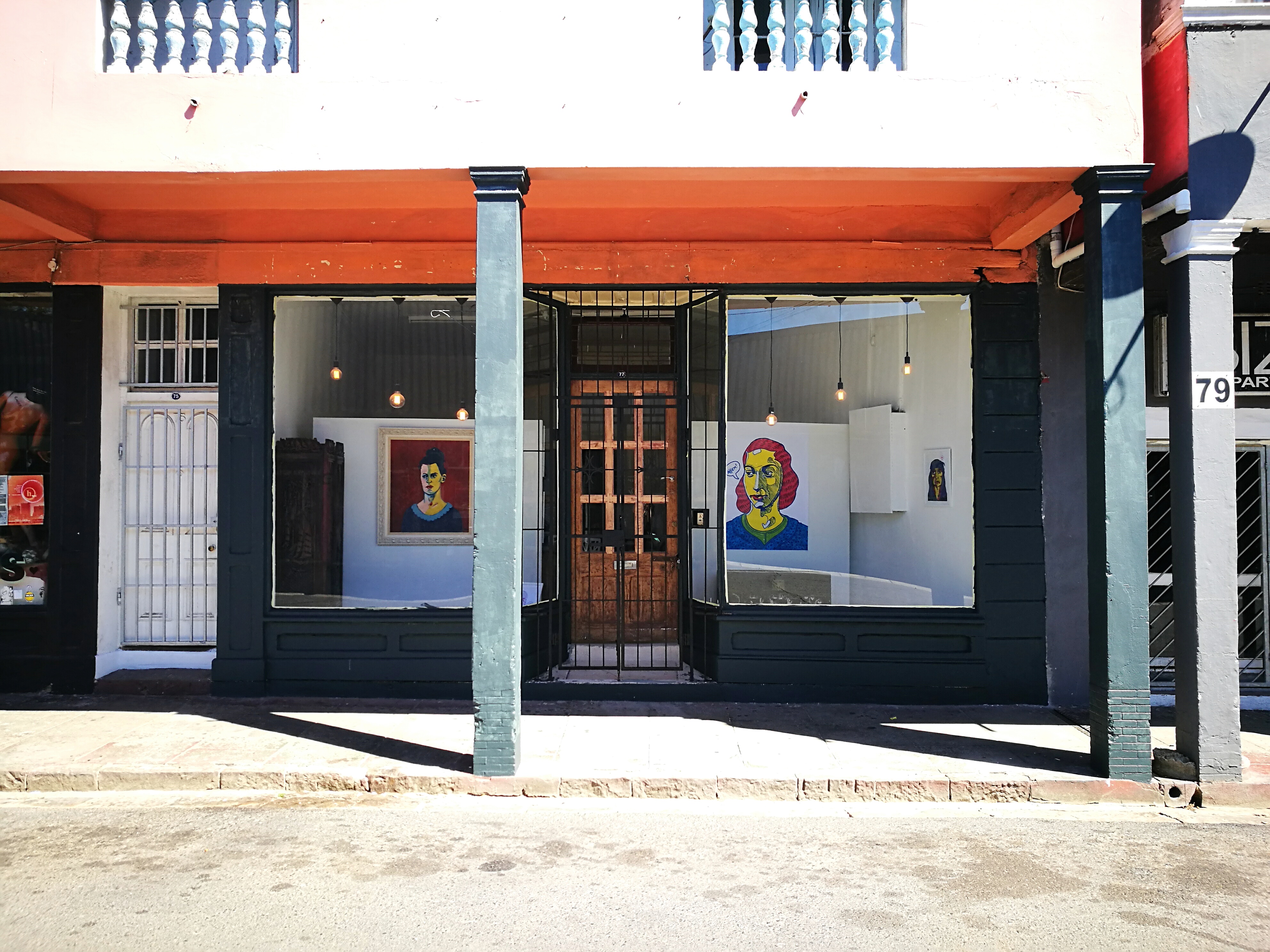 22 Mar A sneak-peek at AHEM! – the Cape Town gallery dedicated to illustration and animation

South Africa’s first illustration, concept art and animation gallery is coming to Observatory in Cape Town. Ahem! – as its name suggests – is about disrupting the idea that art galleries are reserved for ‘fine art’ and creating a tangible space for illustrators and animators to exhibit their work.

Co-founders Thea de Klerk and Barbara Langridge saw a gap in the art market to create a space that redefines and broadens the idea of fine art galleries. They hope to create a portal between local and international artists, promote community outreach and provide artists with access to resources. We caught up with them ahead of their opening in April to find out how Ahem! came to be. 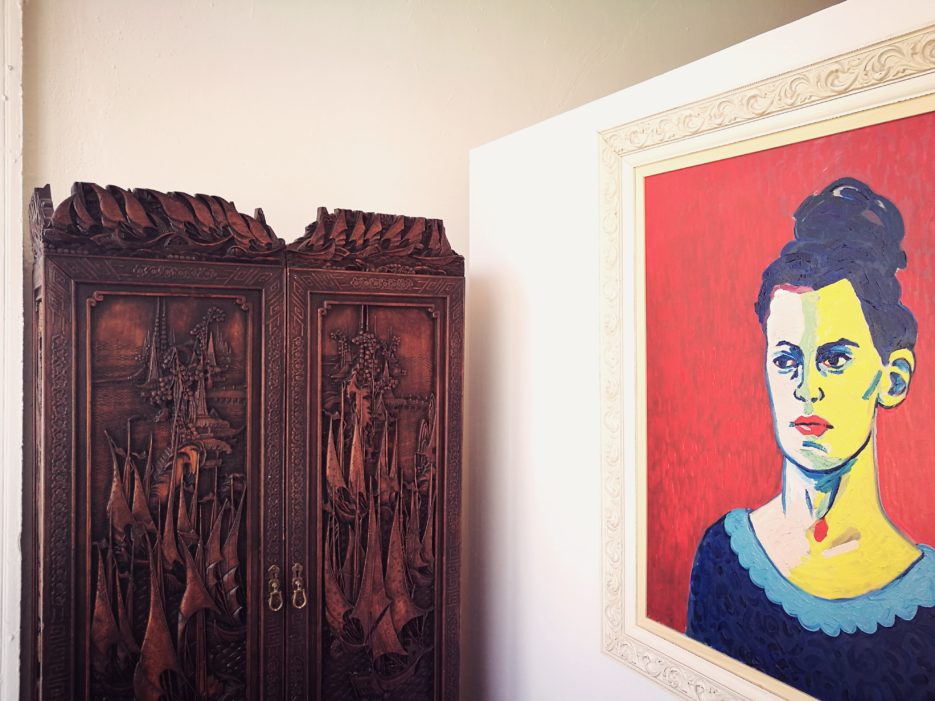 The gallery is called Ahem! What inspired the name?

Barbara: The word ‘Ahem!’ is a universally understood expression, and is often used to precede something important someone wants to say, thus being used in conjunction with having an opinion and being heard. Thea actually started up the concept a year ago as a space to develop animators in the industry, offering higher education services in the form of lectures and technical skill mentoring, as well as a space to develop concept artists and illustrators.

Thea: I’d had overwhelming support from Stuart Forrest and Mike Buckland at Triggerfish Studio, as well as Nuno Martins from The Animation School, but timing and finances made it difficult to develop the idea further on my own. I moved to London for a short while to work on my own hand-painted animation and in my explorations, discovered The Illustration Cupboard on Bury St, where I had the chance to admire original work by Children’s Laureate, Chris Riddell, and the wonderfully talented Shaun Tan. It was here that I realised that South Africa doesn’t offer this kind of illustration/animation focused gallery service to these genres of artists and so after returning to South Africa and generating enough finance to establish a foundation for the gallery to start up on, the Ahem! Art Collective was born. 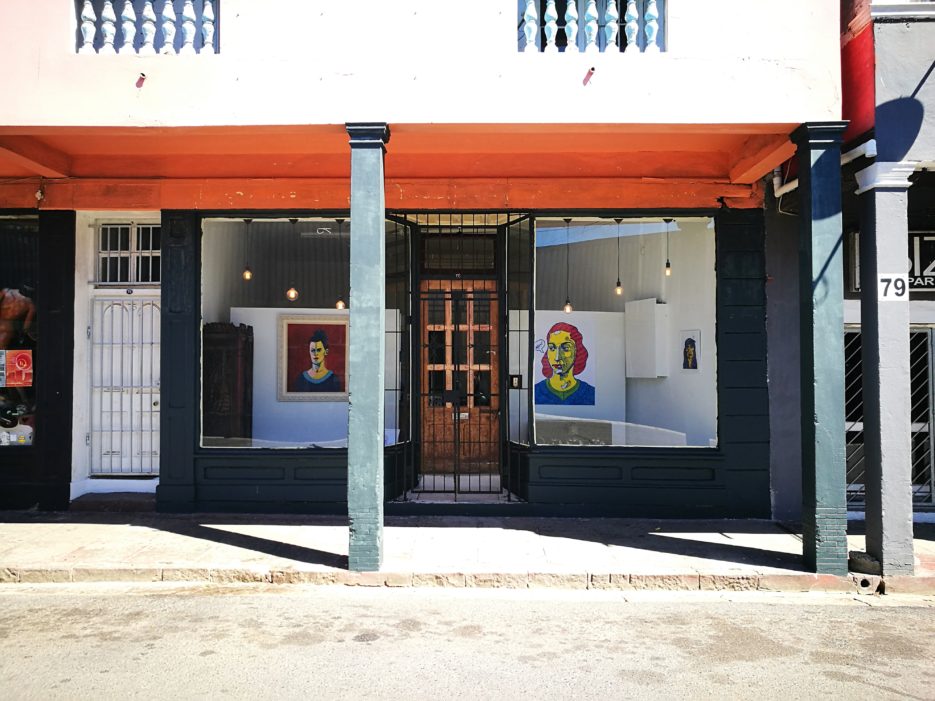 How does it champion anti-elitism in the art world?

Barbara: Few galleries promote or offer illustrators and concept artists the chance to exhibit work, even though the age of the internet has increased the production of digital design and illustration in all forms with broad appeal to the rest of the globe.

Thea: These artists are just as passionate as those who consider themselves fine artists, often being self-taught and exceeding the technical skills of those who have gone through the tertiary education system. As much as I admire a beautiful Matisse, a Rodin, or an eccentric Jackson Pollock, so do I admire the work of Arthur Rackham, Feng Zhu, Moebius and Alan Lee, who are fine artists unto themselves. It’s about taking away the anti-elitist vision for what defines art in the modern age and broadening that scope to extend to people in the industry who also have something to say about their work. Thus going back to the idea of ‘Ahem!’ giving a figurative voice to those who are currently limited to only displaying their work in an online capacity. 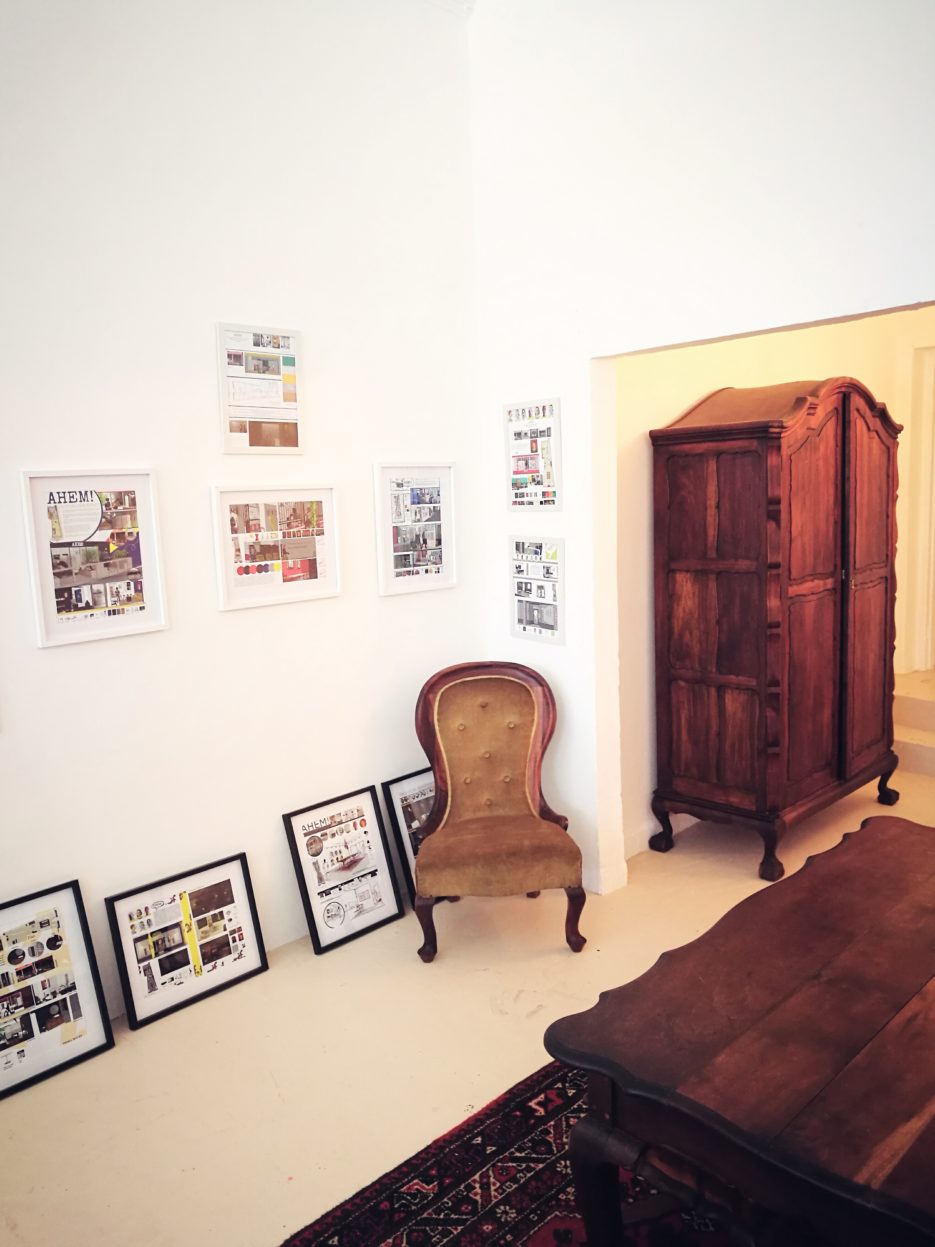 Can you tell us about the process of acquiring the space? How did you go about it and what work needed to be done to transform it into a gallery?

Barbara: I started up Art Thursdays in Obz about six months ago, and I’ve been very involved in the comings and goings on in the Observatory community. After learning that a space that was being used as an artist’s studio was relocating, we immediately jumped at the opportunity to apply for the space. It’s in a derelict section of Lower Main Road, right next to the infamous Revolutionary Records. We hope that by bringing in a concept like this, we can uplift the area and start extending the already fast evolving upliftment that’s happening further up Lower Main Road.

“The industry is still young in South Africa and we are trying to promote opportunity outreach, particularly to artists who lack access to resources themselves. I think we will become a portal for illustrators and link between local artists and international artists.”

So we approached the rental agency, and they approved our application. The space as it is can work without much alteration but needs to have our brand expressed through the space. Right now we’re using existing resources in the form of furniture and available resources, although limited.  Fortunately, both being Zimbabwean, we both subscribe to the notion of being able to make “something out of nothing”, and as artists, this is part of the fun of being creative and resourceful. Paint and beautiful handcrafted furniture combined with white walls and plain surfaces will transform the space, but our dream is to complete the project with an Ahem! specific expression.

Thea: We also had the wonderful support from Design Time, who put together a collection of highly talented young design students to put forward their very individual visions for what the space could look like, both inspiring us and building a great opportunity for community collaboration. With time and funding, we hope to integrate some of their designs to create the gallery we aspire to be. 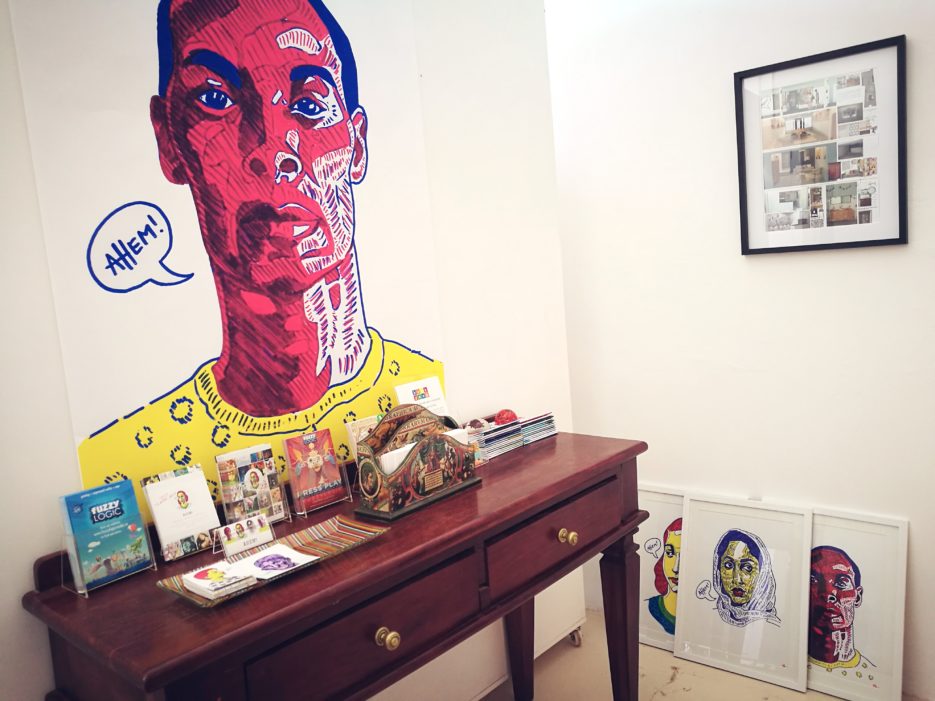 How do you think it will impact the local illustration industry?

Thea: As the curator for the space, and with my extensive global network in many corners of the industry, I’d like to take local illustration and concept work and promote them amongst international peers at places like Annecy Animation Festival: the mecca for animation and concept design, and GDC: the leading conference in game development worldwide. In return, I want to pull down the borders that separate our much smaller industry from the head honchos abroad. This includes conversations with artists from leading companies like Blizzard, Weta Digital, Activision, and Disney, and getting them to come down to display and lecture about their work process. People such as District 9 production designer Greg Broadmore, Blizzard’s Jake Panian, Samurai Jack’s Dan Krall, Adventure Time’s Violaine Briat, and many, many others have not only been generous enough with their time but have actively engaged with me to support the gallery launch. With the help of the Cape Town International Animation Festival’s incredible director, Dianne Makings, I believe we’ll be able to include some of these people in future CTIAF lineups.

Barbara: Adding to that, the impact of Oscar-winning animator Alexandr Petrov’s plan on coming to Cape Town to mingle with our artists and provide insights to his works and experiences in his craft offers an amazing opportunity for any aspiring animator. The industry is still young in South Africa and we are trying to promote opportunity outreach, particularly to artists who lack access to resources themselves. I think we will become a portal for illustrators and link between local artists and international artists. This will lend itself to increased exposure by both sides, as we showcase South African artists as well as get exposure and “hands on” access to international quality of work.

Can you tell us a bit about the kind of work you’re looking to exhibit?

Thea: For the launch, I’d planned on keeping it small – limiting it to a range of art that covers the three aspects of our gallery: illustration work, concept art, and beautiful animation screenshots. In the future, I’d like to narrow the range and do theme specific exhibitions. Fashion design, comic art, environmental matte paintings, black and white ink works, erotica, dragons and dinosaurs, gods and warriors – the theme options are limitless! I have a vast array of interests so as a curator this is the perfect place to show off all the facets of what I love: the humour and ‘badassness’ of the gaming world, the fragile linework of botanical studies, the dark profundity of the graphic novel, and the joyful warmth of children’s books. As well as that I’m always open to discovering new genres and styles, so an artist need only approach us and ask.

What excites you most about being the first illustration gallery in Cape Town?

Thea: For me, it’s about everyone else really. I’m very happy right now in the work I’m doing, and I absolutely adore my day time job at FuzzyLogic – they have given me an amazing opportunity to develop my own IP, and if I could give someone else the same opportunities, I would jump at the chance. I love to inspire and help people generate ideas, and to help them develop their skillset. I have a knack for getting people excited and wanting to create, and if the gallery means that overlooked artists can get financial reward for their passion, then I’d be contributing towards something much bigger than myself.

We just launched a page where you can help fund our gallery, as right now there are only two of us putting in everything we can to make a success of the gallery.

Ahem! officially opens its doors on Thursday April 13. Grab all the details on Facebook. 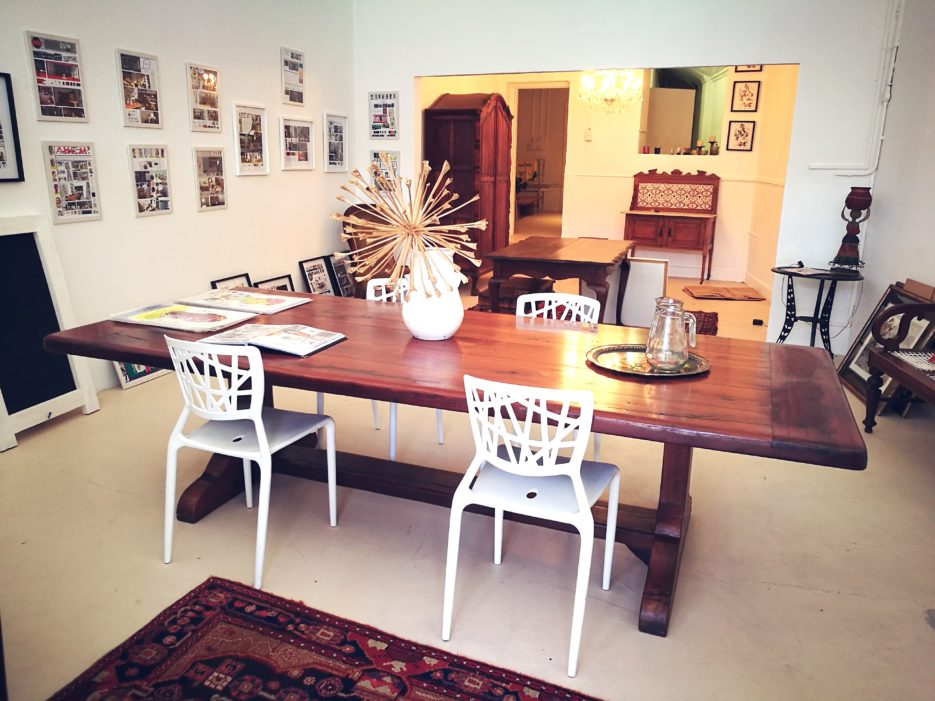