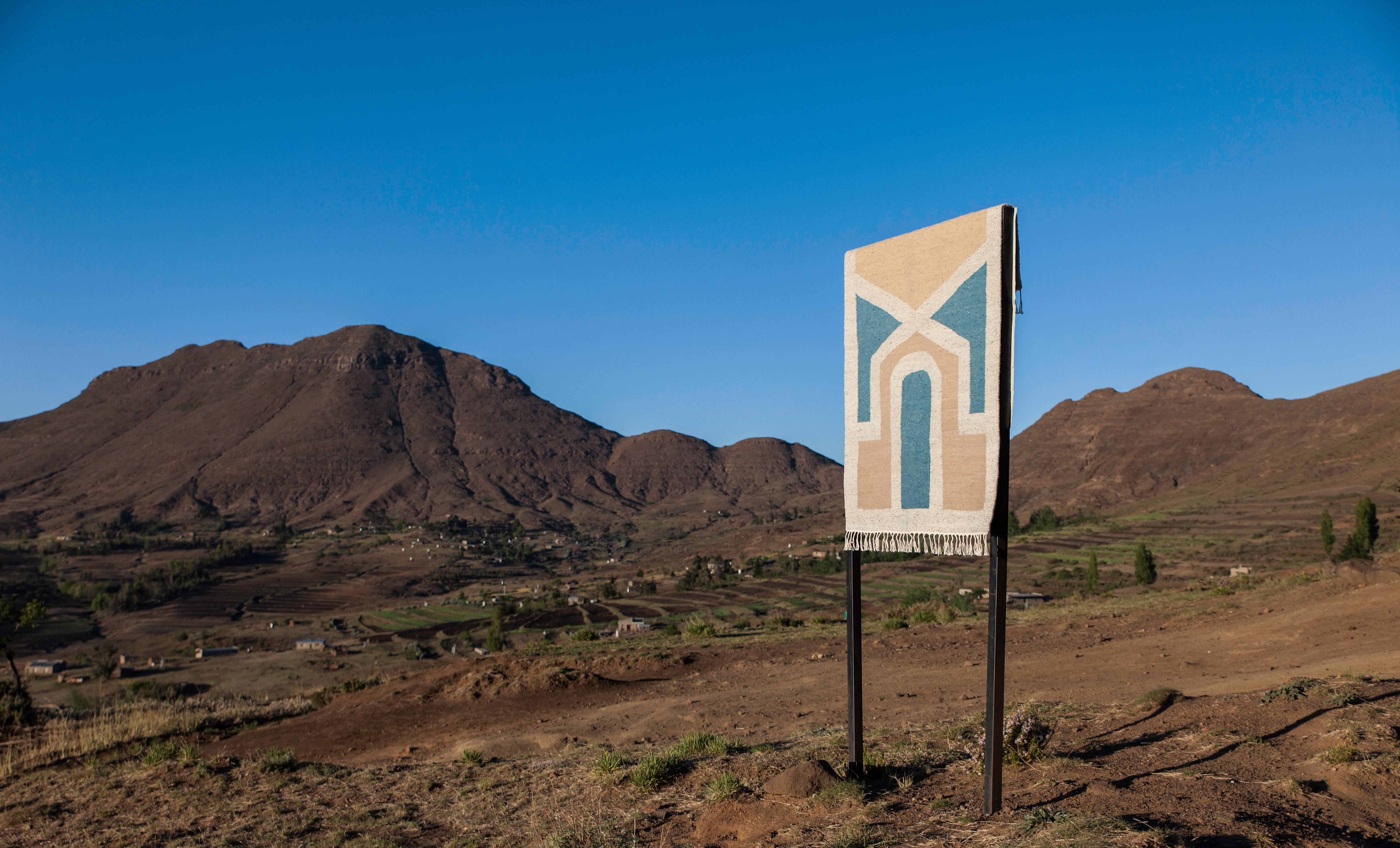 27 Mar The Most Beautiful Object in South Africa: A Q&A with Nkuli Mlangeni about The Sankara Rug

Nkuli Mlangeli is a founder of The Ninevites Gang, a creative enterprise and platform that explores under-told narratives of life from Southern Africa using textiles, design and imagery. Her intricately-crafted Sankara rug recently took the title of most beautiful object in South Africa at this year’s Design Indaba Festival.

The Sankara Rug, says Nkuli, was a byproduct of an extended research project on traditional textile weaving during her final year studies at KaosPilots school in Switzerland. African folklore informed her design, which makes reference to Ndebele patterns and the Reed Dance ceremony in Swaziland. Nkuli embraces the value in heritage skills in her production process, partnering with an artisan team to weave the series of rugs, using traditional hand crafted techniques.

We chat to the vivacious entrepreneur about her big win, design background, and passion for local craft and artisanship. 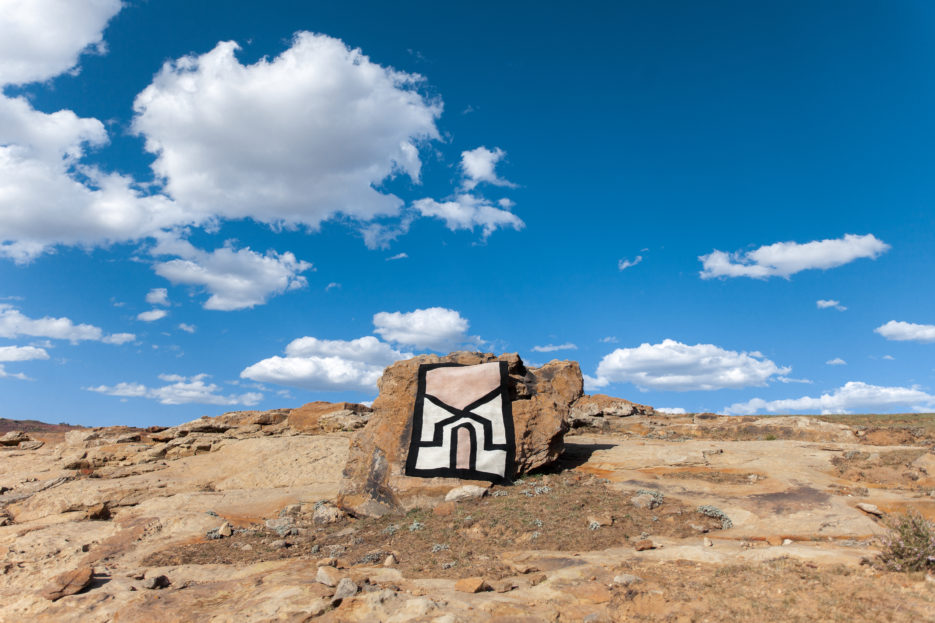 Tell us a bit about your design background and career path. What attracted you to the world of textile design and designing for interiors in particular?

I used to work as a freelance stylist for several years and also got on a curator’s programme in Cape Town where we did an introduction into arts curation. I didn’t really have formal training as a designer. I spent the last three years in Switzerland studying at the KaosPilots school. It’s a social innovation, entrepreneurship and creative leadership school with some focus on business, process and project design. Textiles were a part of my final year pilot project prototypes. 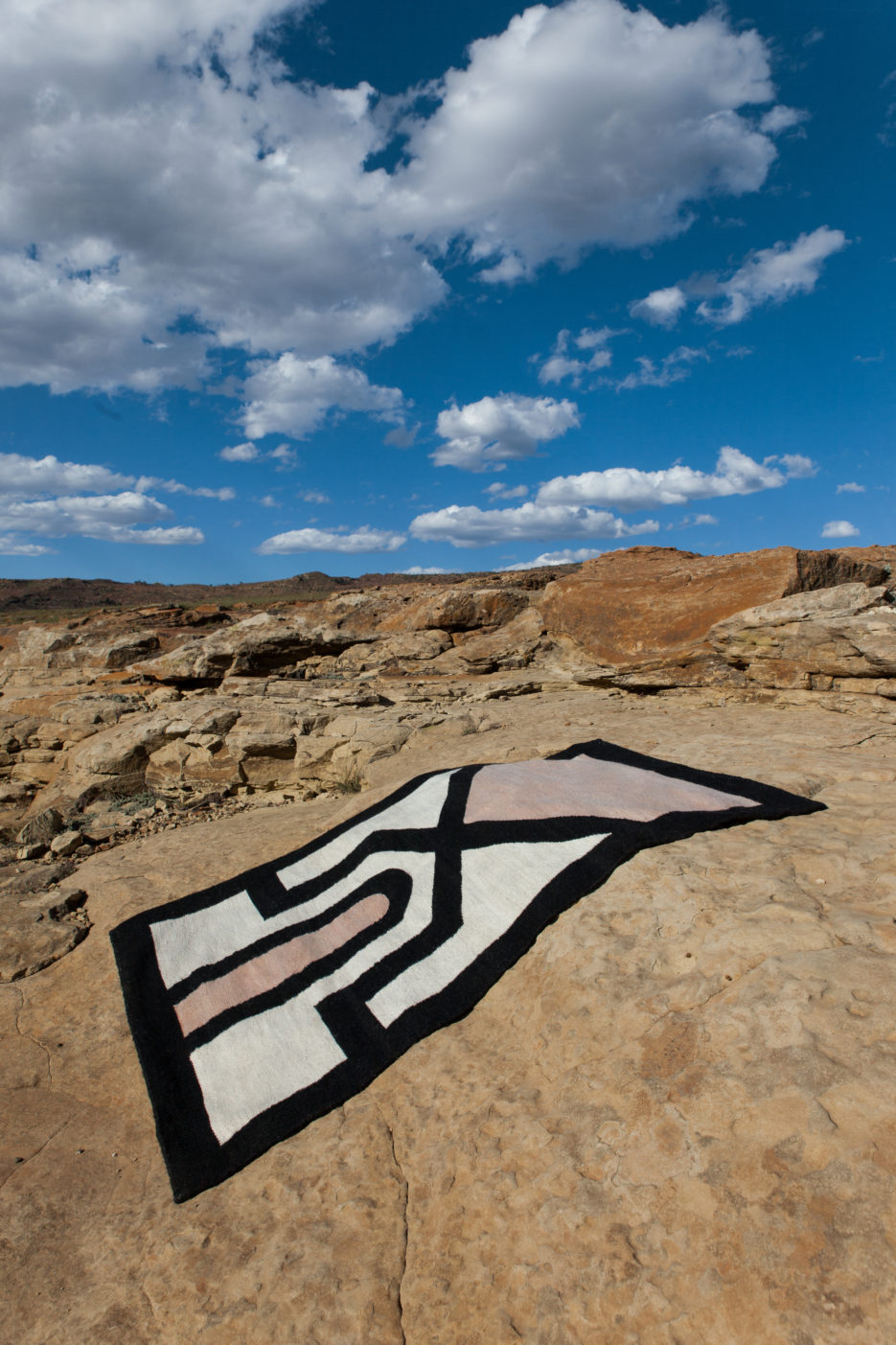 What or who were your early influences?

Mostly influenced by the streets of Kagiso, Johannesburg where I grew up, the stories I heard when I was a kid, my travels, pictures I saw and that sort of thing. Hip Hop & Kwaito music in the 90’s also played a big part in my teen years.

How did you feel when you found out that your hand woven Sankara Rug had been selected as The Most Beautiful Object in South Africa at this year’s Design Indaba?

That was nice. I guess it means that I’m not doing too bad. It’s cool that people acknowledge what one is doing, it gives you more energy to keep going. 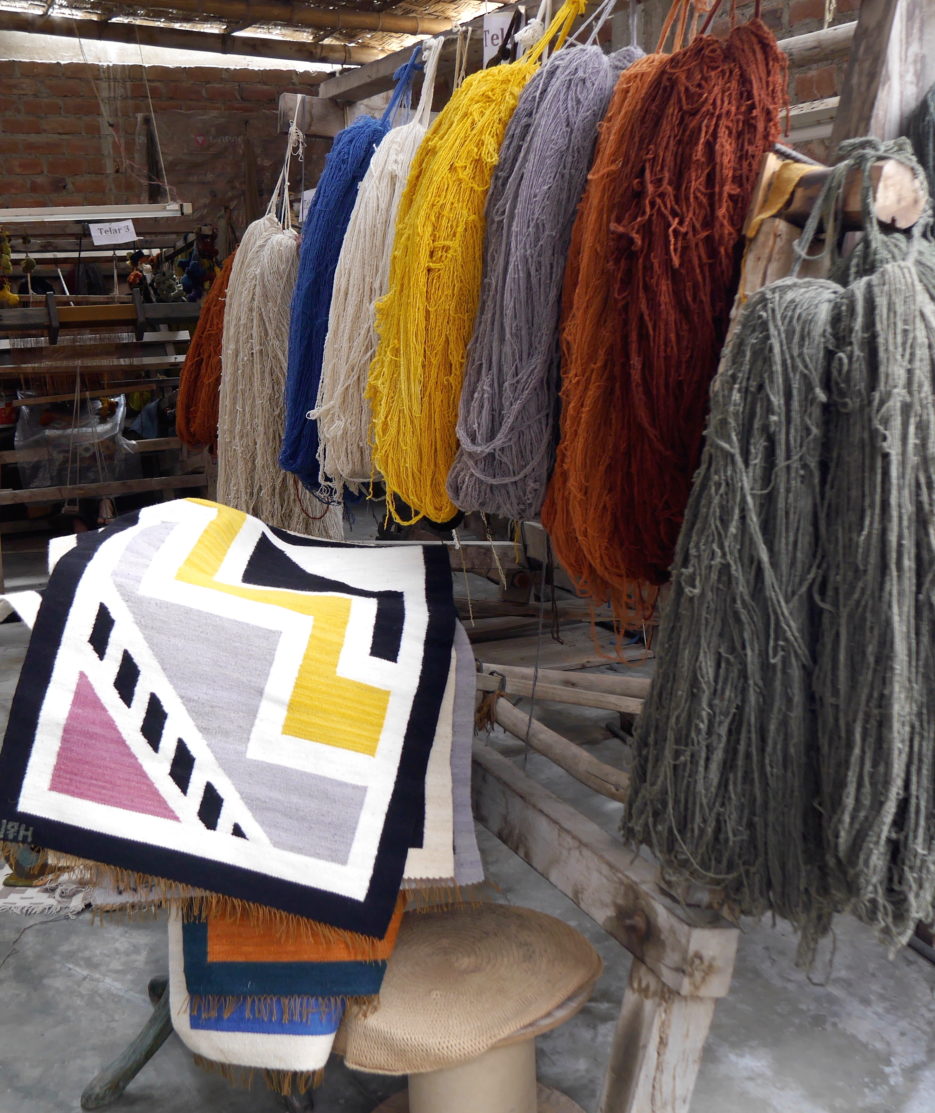 Could you tell us about the processes involved in the development of the object?  What roles do you take on and how do you collaborate with the rest of your team?

I mainly just dream up the idea, find inspiration and put together scan cards. I share that with a graphic designer who then translates the vision into graphics. The next step is taking it to the weavers who have to work with the farmers to get the wool ready, spin it, dye it into colorful yarn and then translate the graphics into rugs.

What led you to take an ethical and artisanal approach to textile design? What are the values your brand encompasses?

I did a lot of research on the textile industry for my pilot project. I watched a documentary called ‘The True Cost Of Fashion’ and it’s basically about how messed up the fashion world is, why fast fashion is wack and how people are exploited and working in terrible conditions everyday, especially in Asia. That opened me up to the concept of fair trade, and being a responsible consumer. I read the Anti Fashion Manifesto which basically speaks about the importance of preserving traditional weaving and going back and learning the craft of making textiles that have been there for many many years. It is just fascinating that we have all these amazing artisans who have the skills and resources to do this but instead we buy from China. 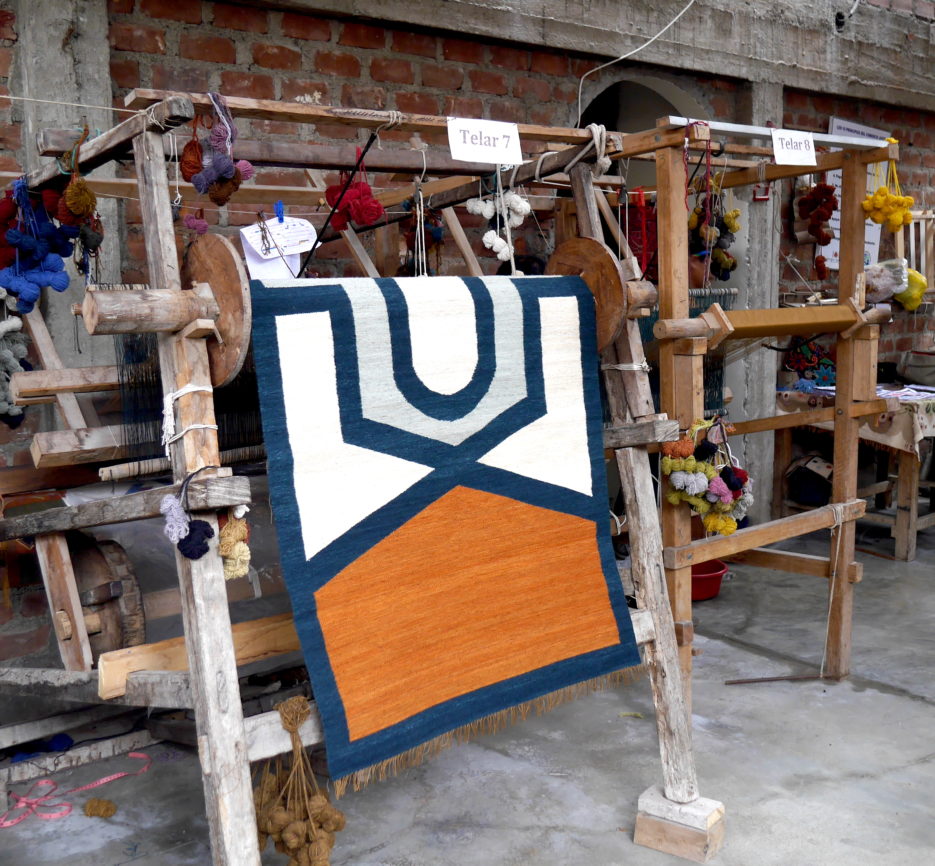 In which direction do you see your work going in future?

It’s all a learning experience and so I am taking it one day at a time. I will hopefully move most of the production to here at home, sort out our production processes, support the weavers wherever we can and encourage more young people to learn the craft and maybe create employment. 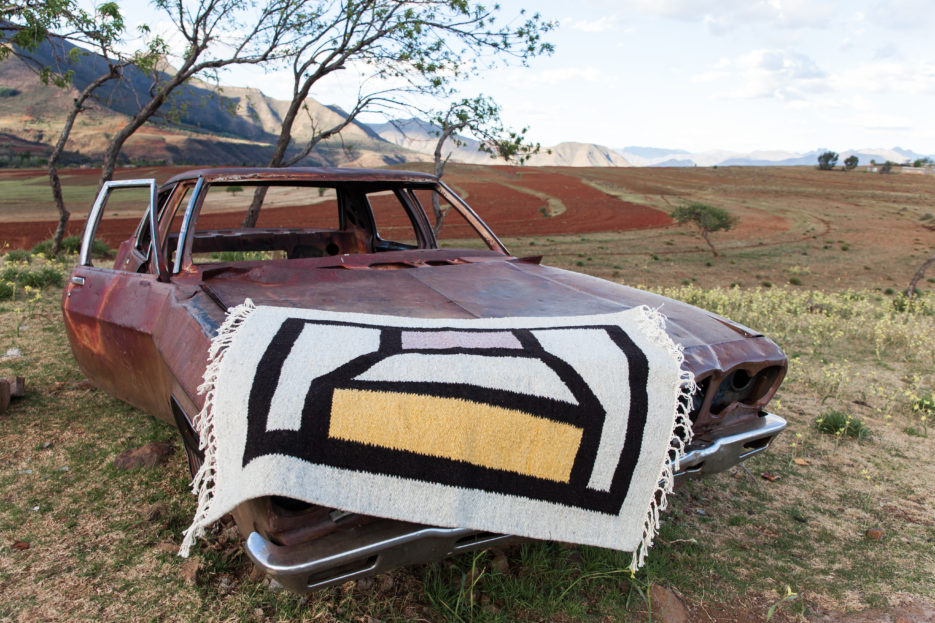 Design Indaba 2017, The Most Beautiful Object in South Africa, The Sankara Rug