28 Mar Documentary photography as a language: The visual works of Tshepiso Mabula

Posted at 11:38h in Documentary, Photography by Nikki Zakkas
0 Likes

Tshepiso Mabula is a Johannesburg-based photographer and writer. She sees herself as a social commentator, using documentary photography as her language.

“I am a visual observer of bantu living, a member of the movement against neo-liberal stokvel politics, a non conformist and a township native working towards owning her first full a set of Tupperware dishes,” she says.

The photographer first became interested in the medium in 2012 after becoming exposed to the work of legendary South African photographer Santu Mofokeng. “I was always captured by ntate Santu and Thabiso’s ability to use photography to speak to people across all walks of life, as someone who was born in a rural village it encouraged me to see people like myself in photographs so when I pursued photography I sought to tell those kinds of stories,” she shares with us.

Mabula is currently freelancing as a news photographer while working on an on-going documentary project titled ‘Four rooms and seven colours’, which seeks to question the existence of classism in township culture.

The compassionate and intimate storyteller has a talent for photographically representing the lives of ordinary people. Here, she takes us through a selection of her evocative work. 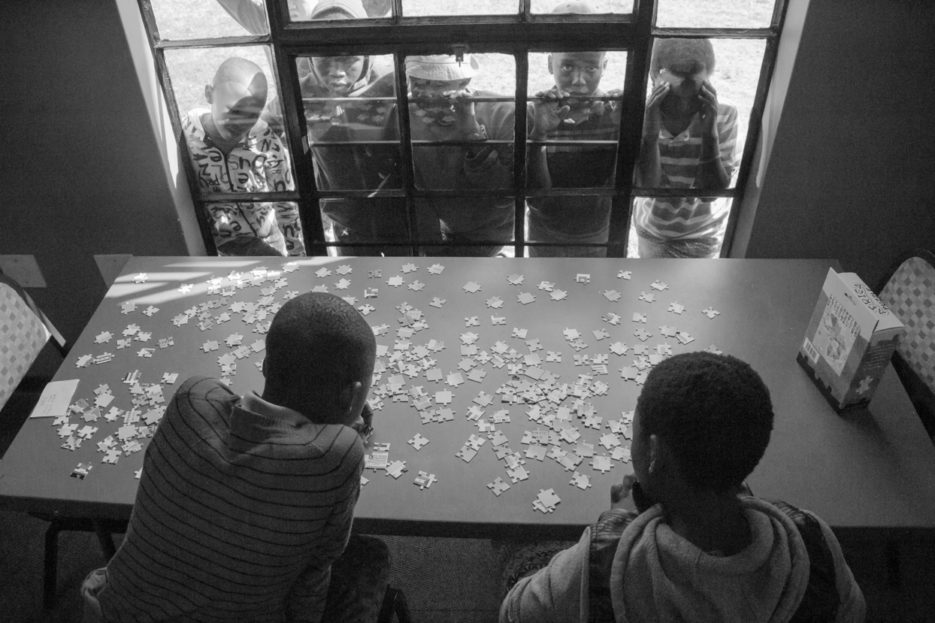 An alter server is pictured at the St. Alban’s Anglican church in Westgate, this image is part of a series called ‘inkonzo ne mvuselelo’ which is a project that looks at how religion has become a big part of everyday life in South African townships and how they view religion and spirituality as a way of life. 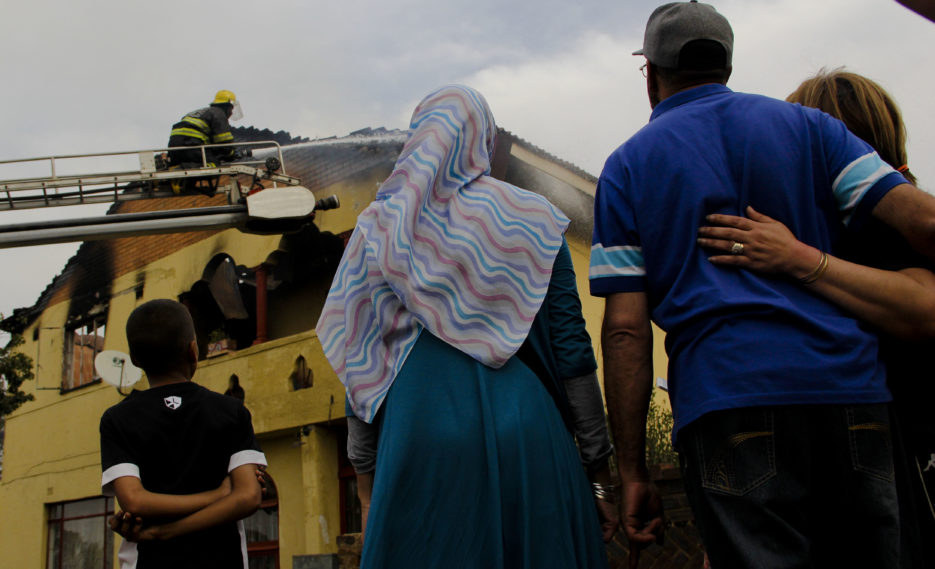 Residents look on as fire fighters attempt to extinguish a fire at a house in Riverlea, Johannesburg. Community members reported that two fire trucks arrived without water and had to send for a water truck that only arrived two hours later, however Johannesburg Emergency Services spokesperson Robert Mulaudzi said fire trucks often have to be connected to a water source, and in this case it was a water tank. 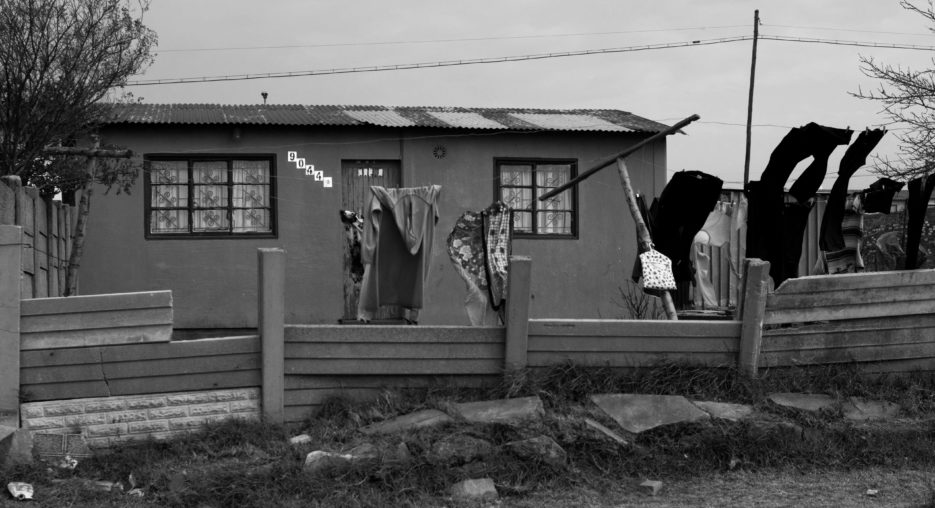 A four room house is photographed in Orlando west Soweto as part of the four rooms, seven colours series which looks at how township folks use spaces and food as tools of classism, many of these four room houses were built by the Apartheid government for black families in the township.

Thapelo Mabula is pictured in Lephalale, Limpopo. This image is part of a series called ‘echoes of nostalgia’ which looks at the idea of going home as a pilgrimage. Thapelo lives in Johannesburg but spends all his school holidays in Lephalale where he was born. 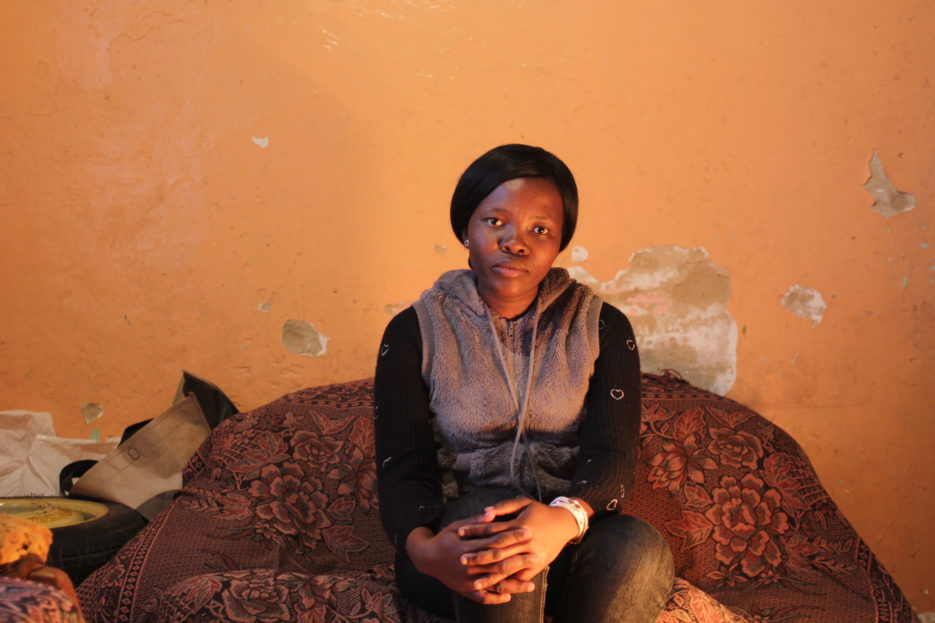 Ayanda Dlokova is a young women who is helping to raise her younger siblings, Ayanda was photographed as part of the coming of age series called ‘inyathi ibuzwa kwaba phambili’ which is a study of the idea of coming of age in the everyday sense as opposed to the normal ceremonial sense. 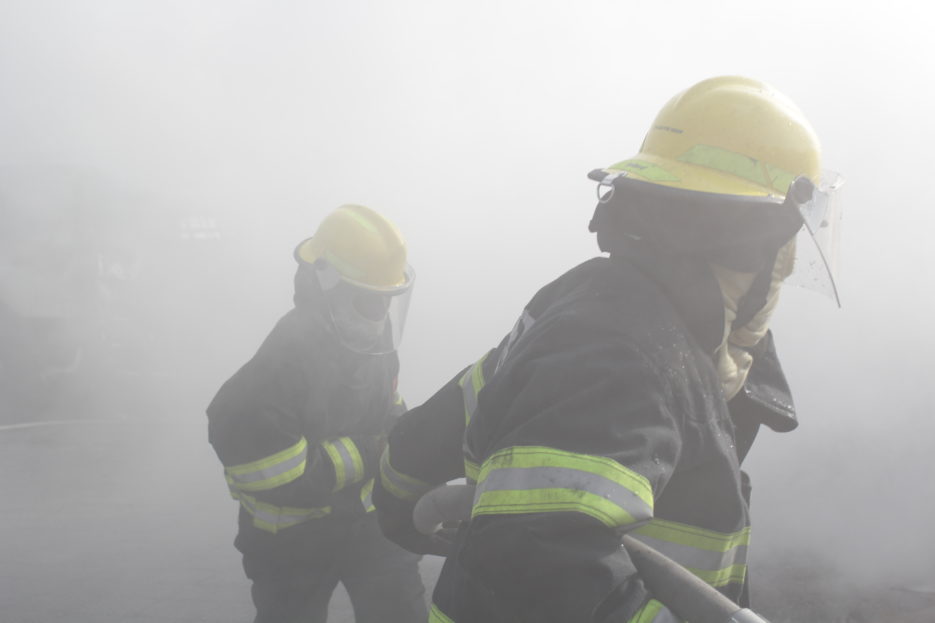 Firefighters attempt to extinguish a bus fire, at a bus station in Newtown, Johannesburg.

Members of Cosatu March through the Johannesburg CBD, 7 October 2015, against retrenchments in the mining sector, the high rate of unemployment and E-Tolls.

Members of Cosatu March through the Johannesburg CBD, 7 October 2015, against retrenchments in the mining sector, the high rate of unemployment and E-Tolls.

All photographs courtesy of Tshepiso Mabula.