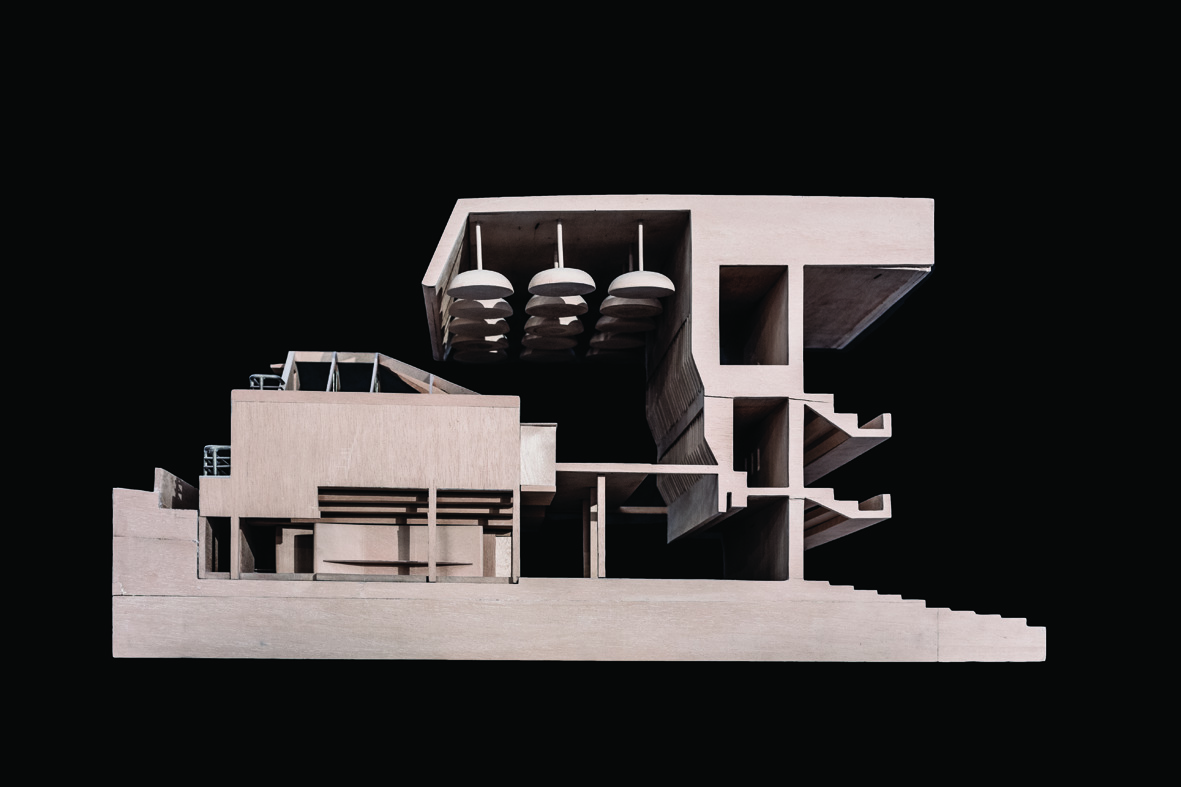 Posted at 14:45h in Architecture, Art by Gabriella Pinto
0 Likes

“I think one of the things I was interested in, and I think people find quite strange, is that almost all of the models you see here are not commissioned by anyone. We make them for ourselves”, explains acclaimed architect Jo Noero of Jo Noero & Noero Architects as we sit at the back of the Pop Up Gallery at The Cape Institute for Architecture on Hout Street.

Since forming Jo Noero & Noero Architects in 1984, Jo has built and designed over 200 projects and been the recipient of countless awards such as the Gold Medal for Architecture from the South African Institute of Architects in 2010. From the Gugulethu Sports Centre to the Kliptown Church to the Soweto Career Centre, the majority of his commissions have centred around fulfilling social needs and creating sustainable build environments.

Around us are intricate models of the Interpretive Centre at the West Coast Fossil Park, the Red Location Museum of the People’s Struggle and Rivers of Steel, and a Maboneng Housing development, to name a few. I’ll confess, this is the first time I’m viewing architectural models in a gallery context. 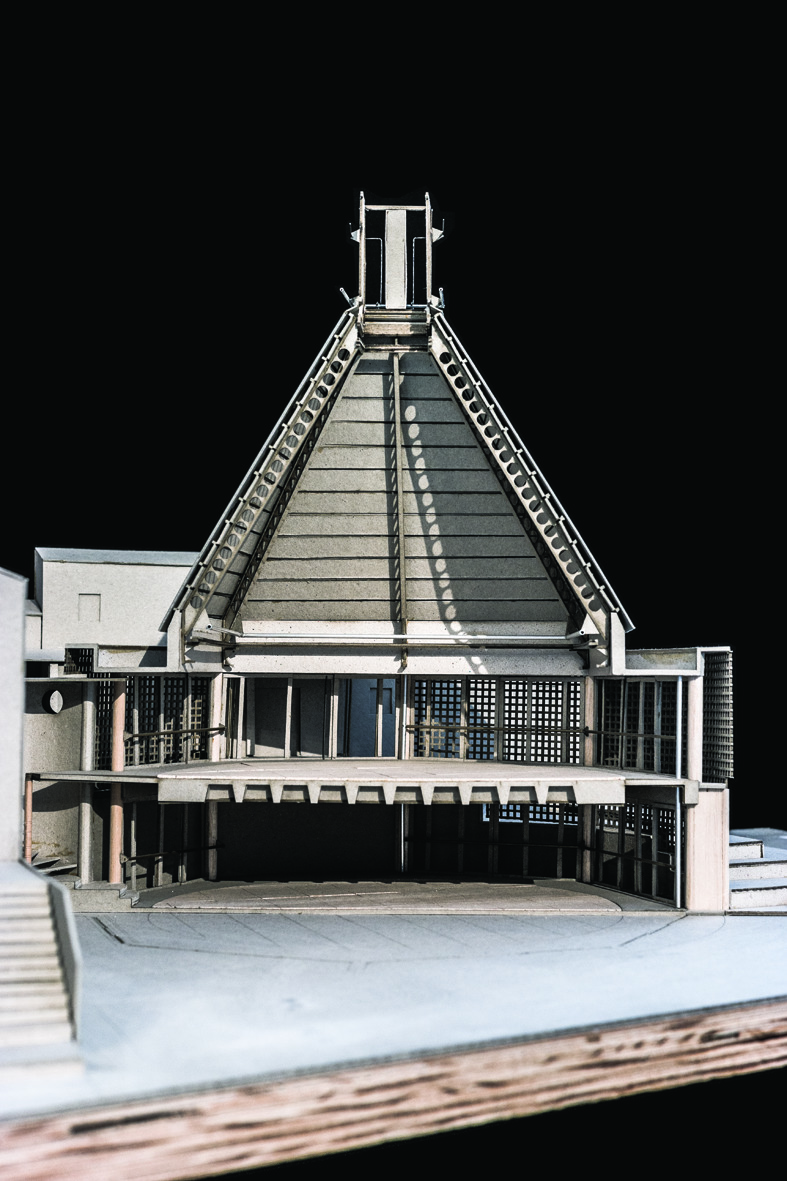 The Life Centre at St Cyprians

Real estate developers have previously marred my exposure to, and memory of these miniature structures. Their exhibits are usually situated in shopping centres or at home expos where promoters convince interested property buyers to invest in homogeneous security villages built to assuage middle-class crime fears. Typically, they resemble a bubble-wrapped Tuscan-style suburbia as far away as possible from the realities of South Africa’s housing crises.

When I came across the distinguished architecture firm, Noero Architects’ exhibition, Art or Architecture: A Way of Making, I was instantly intrigued by the provocation made by Jo that “the model becomes a kind of antithetical architecture – an expression of purposelessness beauty”. To my relief, I discovered there are beautiful and mesmerising architecture models, that don’t look like they belong to the era of Kathy and Mark Basic Readers. But still, I was under the impression an architecture model’s primary purpose was to aid the design and marketing process.

“It’s a provocation to the profession, to start talking about the idea of architecture and art. Also, from an architectural point of view, they represent a distillation.”

The practice of architecture is profound; by definition, it cannot be without programme or purpose. This idea harks back to Aristotle, who made a distinction between the practical and fine arts. Architecture is brought into being to satisfy a purpose – mostly ethical – which is its social meaning. So then, where do these slick models sit on the spectrum between architecture, art and design?

“You could argue that they’re sculptures, but they’re actually the representation of an architectural idea stripped of all extraneous detail and made in one material only,” says Jo. “It’s a provocation to the profession, to start talking about the idea of architecture and art. Also, from an architectural point of view, they represent a distillation.” 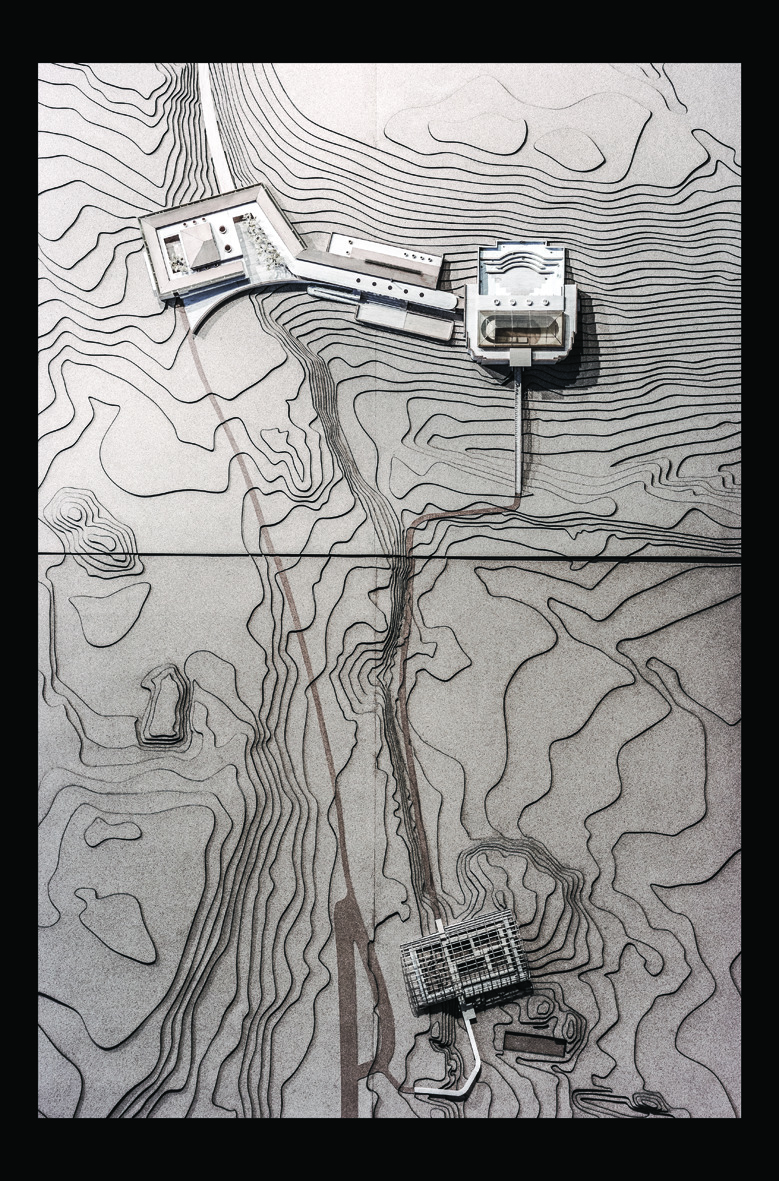 The Fossil Park in the West Coast 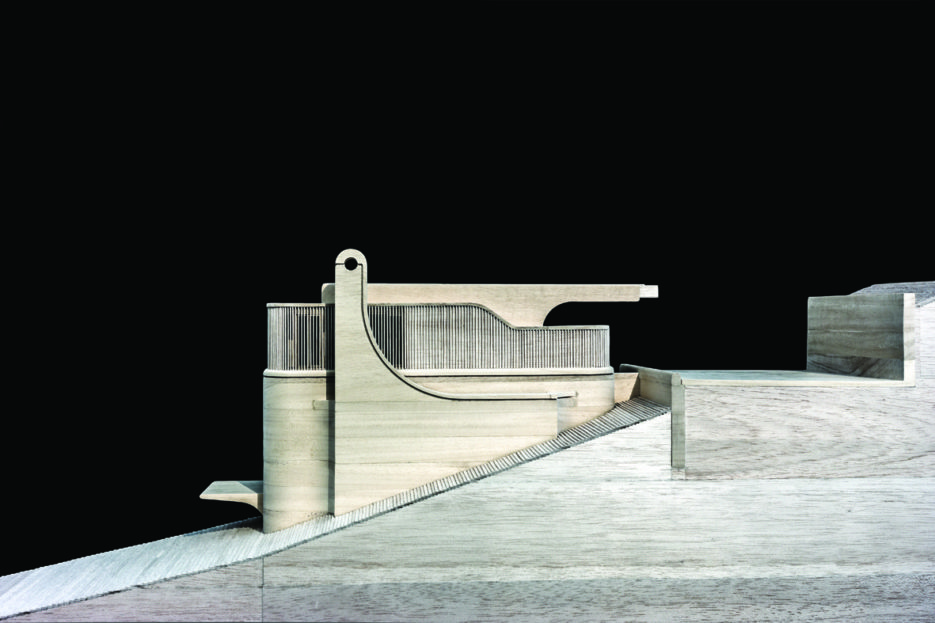 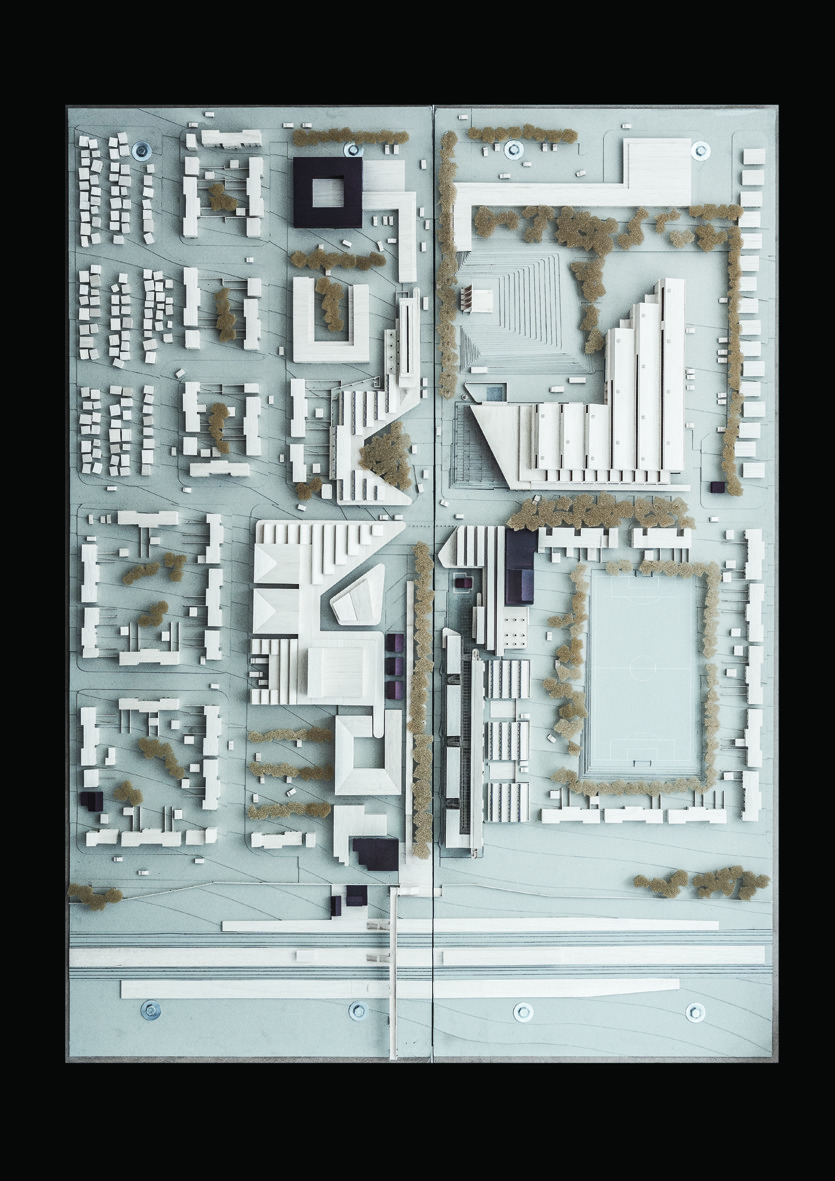 The models are built for contemplation and pleasure. By creating them, the architects can better understand and grapple with their way of making because, by nature, models are devoid of superfluous embellishment. Unlike Mies van der Rohe, Jo believes God is in the architecture, not the details. For those not familiar with great modern architects, you might want to do a quick Google search on Mies van der Rohe, Le Corbusier, Frank Lloyd Wright and Walter Gropius – the great modernist architects who defined the look and feel of early modern architecture.

The belief that “God is in the architecture” is paramount to Jo’s architectural practice. He extrapolates this with the following anecdote; if in a 100 000 years a team of archaeologists uncover the detail of a building built today – let’s say a cornice or mantel  – would they be able to imagine what the intact building once looked like by observing that detail? If they can, then it’s a good detail. “If they tried doing that with a building today, they’d find a piece of aluminium, think it’s trash and throw it away”, he quips.

“The best we can do is design a building to fit its purpose, but the purposes that people use it for afterwards is out of our control”.

Come to think of it, how many greyish buildings recently erected in the City of Cape Town don’t represent the inside of a monolithic gluten-, fat-, lactose- and sugar-free cereal box? Apartments are outrageously expensive and well, if architecture were self-conscious teenagers, I’d say the new kids on the block all desire the same figure and love wearing a bit of bland, normcore.

As it is, the Atlantic Seaboard is populated with simple boxes. There’s hardly any distinguishing detail that’s part of the building’s essence, and this is what Jo Noero Architects aims to explore.

If a detail from one of Noero Architects’ buildings is one day excavated, what might the artefact spark in the beholder’s imagination? As art commentator and critic Mary Corrigall wrote, “Noero’s models are designed to be seen and celebrated as they are affected to enhance not only a view of his practise and body of work but to reveal the essence of architecture itself”. 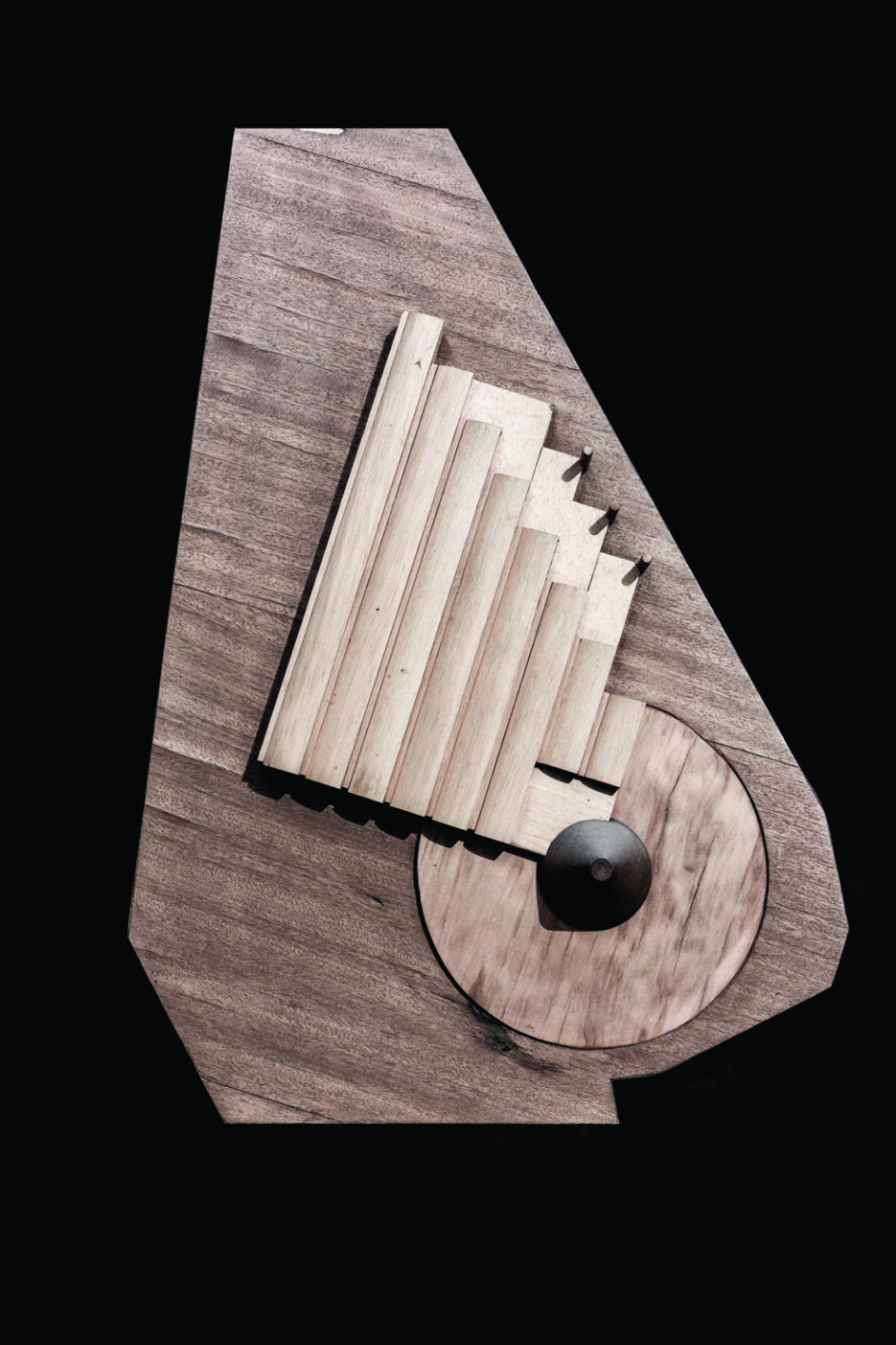 Given South Africa’s colonial past and its legacy in public spaces and city planning, I ask Jo about the role architects play in maintaining this, and to what extent they can be catalysts for social, economic and political change.

“When you make a building, you make it suit a certain purpose, and then people take over the building – the human agency is symbolic. You can design the most beautiful building as a church, for example, and the day of its inauguration there’s a revolution in the country, the government takes it over and converts it into a torture chamber. You can’t blame the architect for that.

“Of course, there are extreme cases like the concentration camps in Nazi Germany where it becomes difficult for the architects to deny they knew the purpose of the gas chambers. The best we can do is design a building to fit its purpose, but the purposes that people use it for afterwards is out of our control. This suggests form is not autonomous but that the same building can adopt a variety of different symbolic meaning during the course of history”, he tells me.

The good example of palimpsest buildings in South Africa are the Union Buildings. They’ve been occupied by the English, the Afrikaner Nationalists and now by a non-racial democratic government. Each governance has symbolised a new beginning in its own way. Architecture can’t affect the political life of a country in the way that a political party can, but it does exert influence over our lives. We all have emotional responses to the buildings around us and the way kinetic energy moves in a city is influenced by the architecture combined with its inhabitants. Ultimately, people change architecture – it isn’t axiomatic because it’s dependent on too many external factors.

However, if architects are governed by an ethical compass, then they’re able to influence our environment in so far as the types of buildings they choose to create. Their code of ethics will be reflected by the relationships they have with their clients and their consequent commissions. South Africa’s free market liberal economy allows increased gentrification and skyrocketing property prices, and so, those with a conscience, adopt a sustainable approach and choose to create mindful work that fulfills economic, topographic, social and aesthetic needs.

For cities to develop and people to thrive, we can’t pretend that building and relocating people to new neighbourhoods in the middle of nowhere is a sustainable solution. In fact, the nature of a city is eclectic, dangerous, alluring and comforting all at once. If architects are to create a pulsating and dynamic metropolis, there’s something to be said for finding the balance to profit from designing structures for the elite with sustainable developments.

Even though Art of Architecture: A Way of Making posits the architecture model as a work of art, I would argue that it’s not just an object of beauty. It prompts us to think about the nature of our built environments. Yes, the models are to be admired for their craftsmanship and beauty, but when put on exhibition and made available for public viewing, they allow us to appreciate the full scope of a structure we’d only have a partial view of in reality. For a moment, they enable us to reflect on our relationship with the built environment. We inhabit buildings daily but how often do we observe the invisible and profound effect architecture has on our lives?

Art or Architecture: A Way of Making is on until April 13 at The Cape Institute of Architecture. 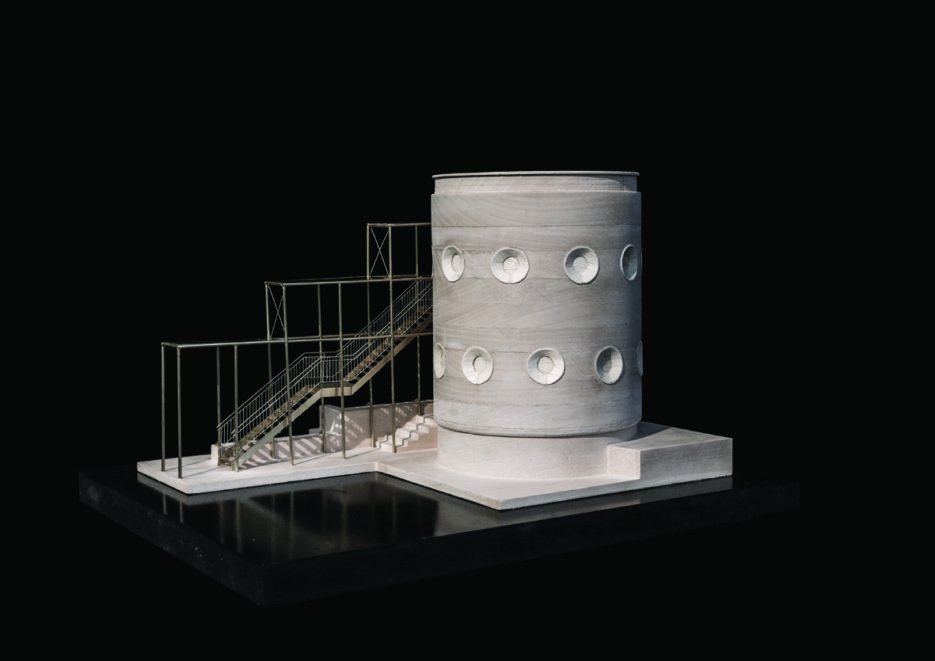 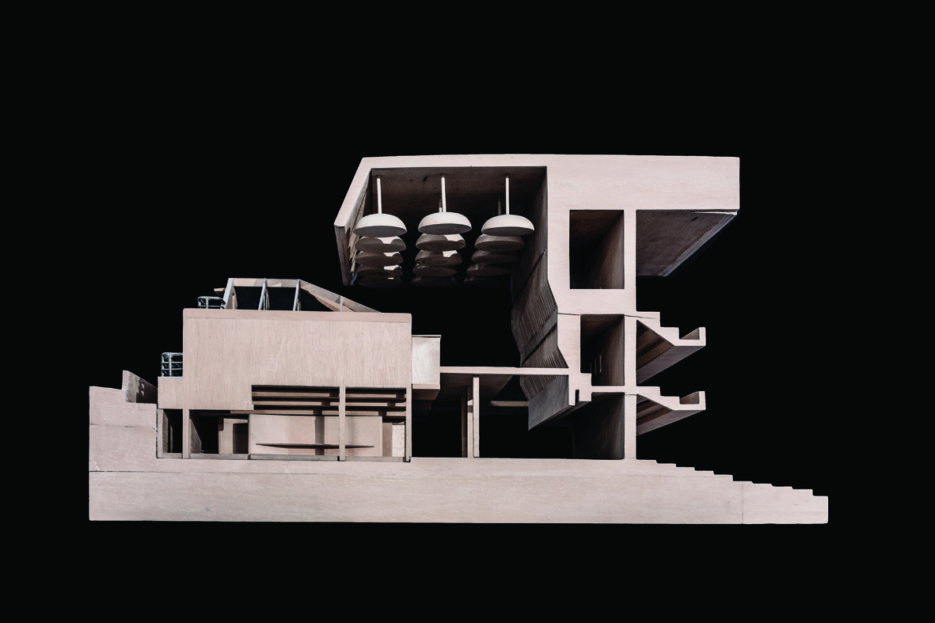 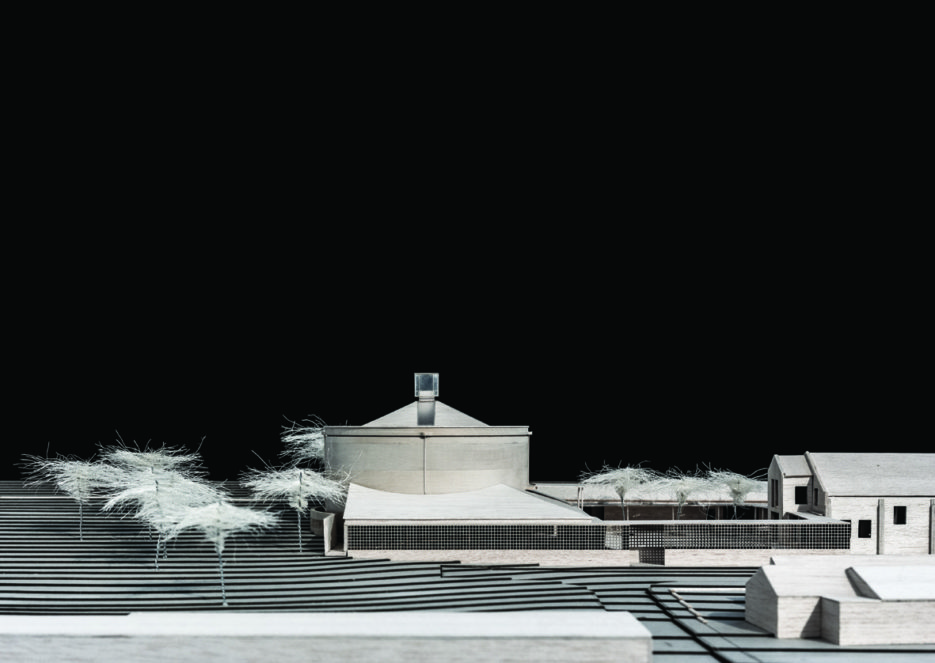 The Christ Church in Somerset West 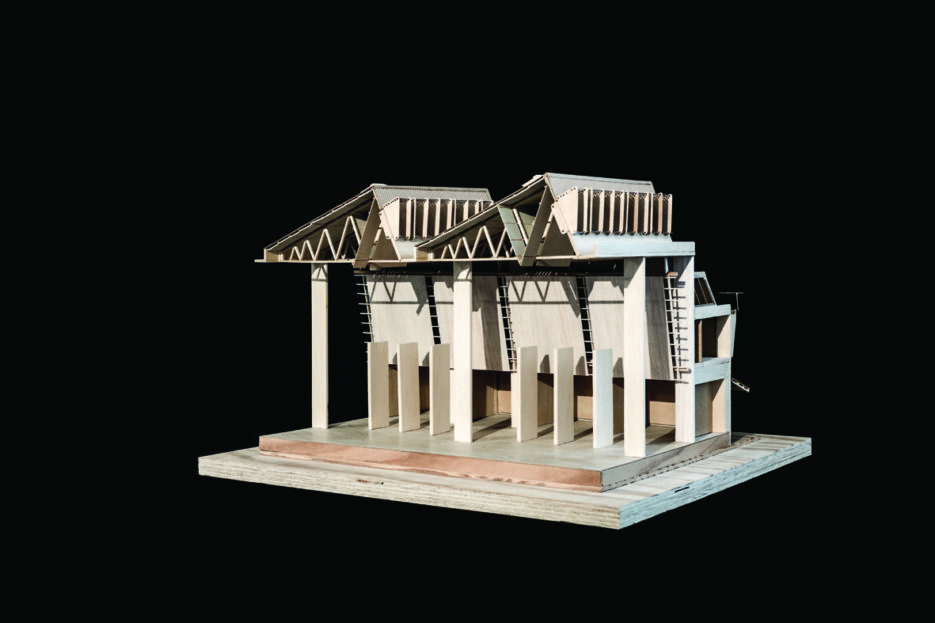 The University of the Western Cape