The first night of Mercedes Benz Fashion Week 2017 in Cape Town ended on a high. As brands such as Adama Paris and Orapeleng Modutle showed during the course of Friday night, it was the final exhibition of Mozambican designer Taibo Bacar’s fall 2017 collection that caught our eye. Minimalist silhouettes, a sumptuous palette of deep blues, yellow gold and earth tones, and striking textures set the tone for his showcase, which celebrates the southern African country Taibo calls home.

In time for the show at Salt River Film Studios, Taibo – who won the Emerging designer of the year award at Mercedes-Benz Fashion Week Africa five years ago – also launched his fall 2017 lookbook, filled with designs seen on the Cape Town runway and words that provide a cultural understanding of Mozambique.

“The culture of Mozambique is in large part derived from its history of Bantu, Swahili and Portuguese rule, and has expanded since independence in 1975. The majority of its inhabitants are black africans. Its main language is Portuguese. Its median religion is roman catholicism, but only about 40% of the inhabitants are Christian,” according to the lookbook, photographed by Celso Zaqueu and shared on Instagram.

The lookbook includes interesting facts, like that about the Makonde people of northern Mozambique. “The Makonde are renowned for their wood carving and elaborate masks that are commonly used in ritual dances. There are two different kinds of wood carvings. Shetani (evil spirit), which are mostly carved in heavy ebony, tall, and elegant curved with symbols and nonrepresentational faces. The ujumaa are totem-type carvings which illustrate lifelike faces of people and various figures. These sculptures are usually referred to as ‘family trees’ because they tell stories of many generations.” 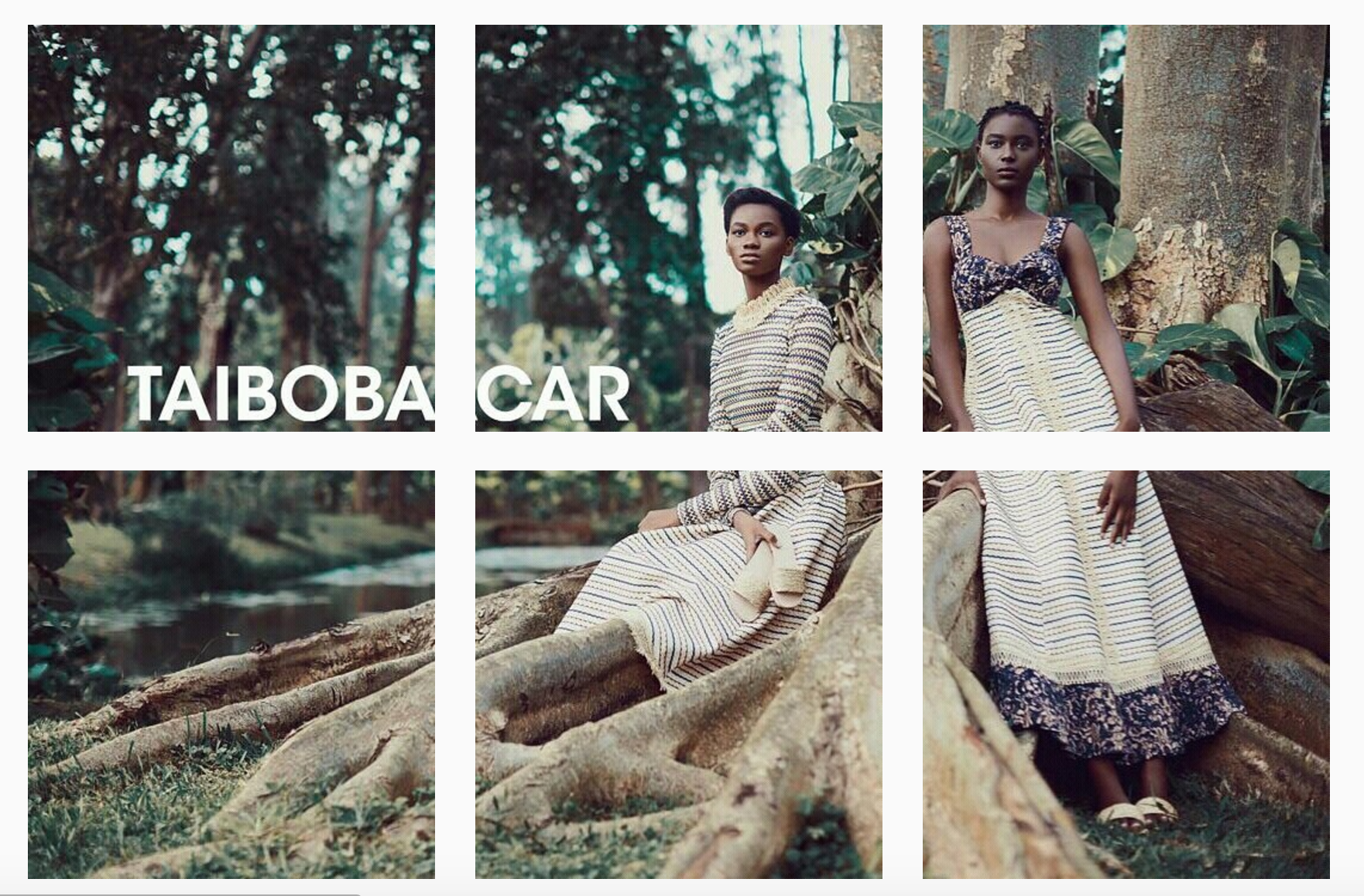 It is written that Taibo’s work is influenced by his Mozambican heritage, its rich customs, and the strength of its woman. In the past, he has merged historical and contemporary knowledge of Mozambique with fashion, such as his 2014 show in Cape Town, titled A Luta Continua, which according to Design Indaba, invoked “the country’s war for independence from the Portuguese, during which the phrase – meaning “the struggle continues” – was used by Frelimo to rouse popular support.” 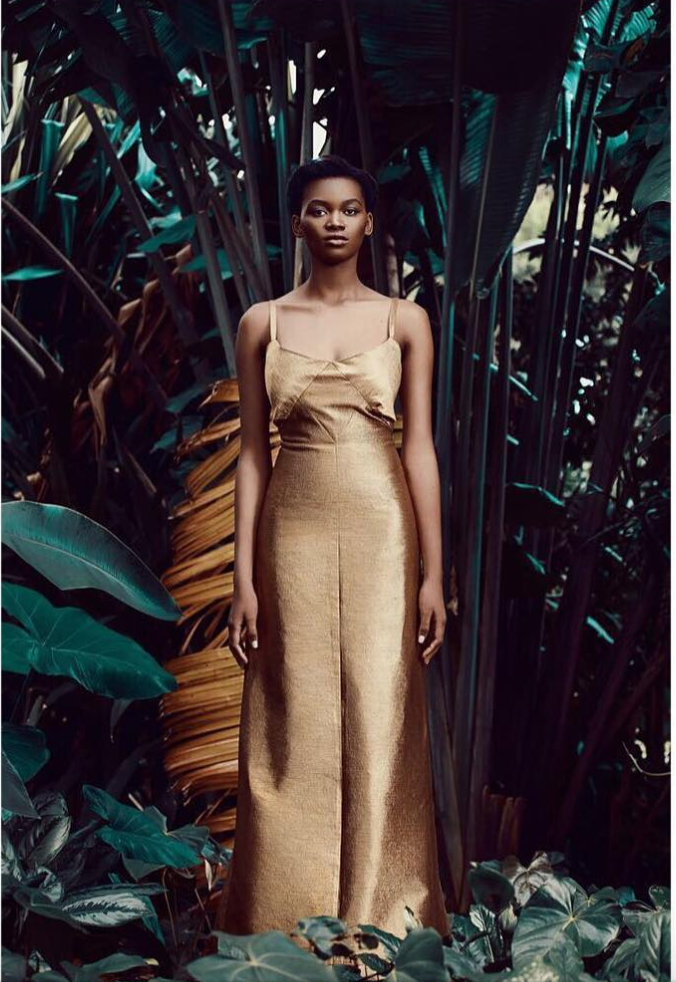 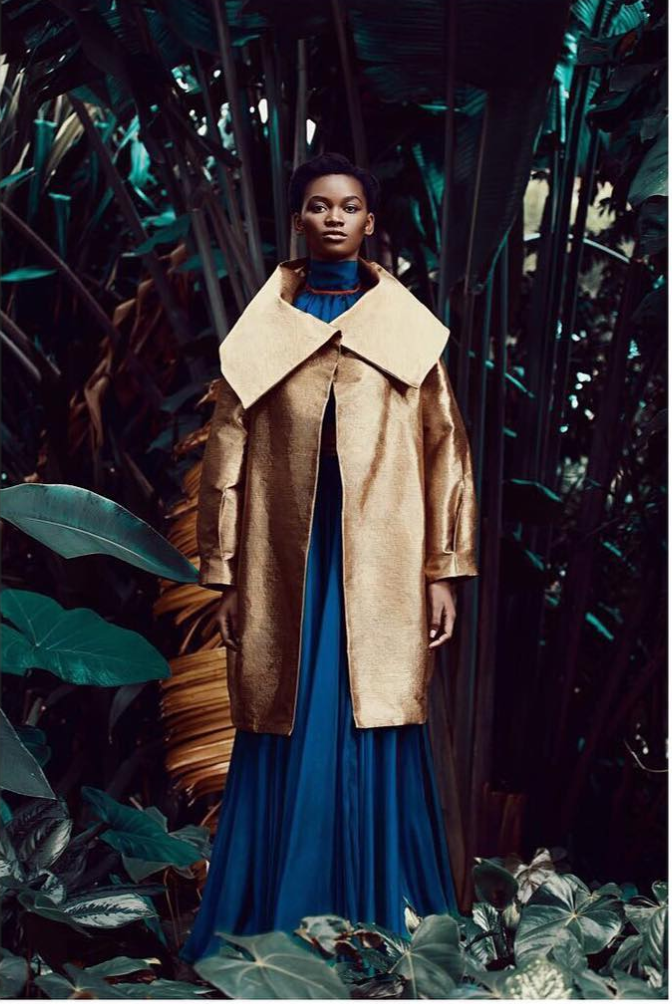 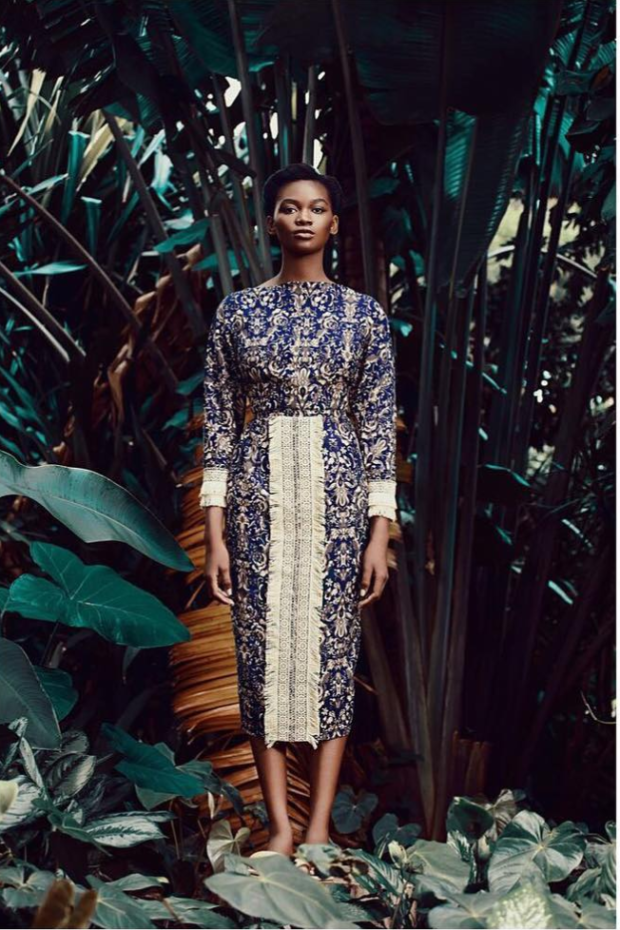 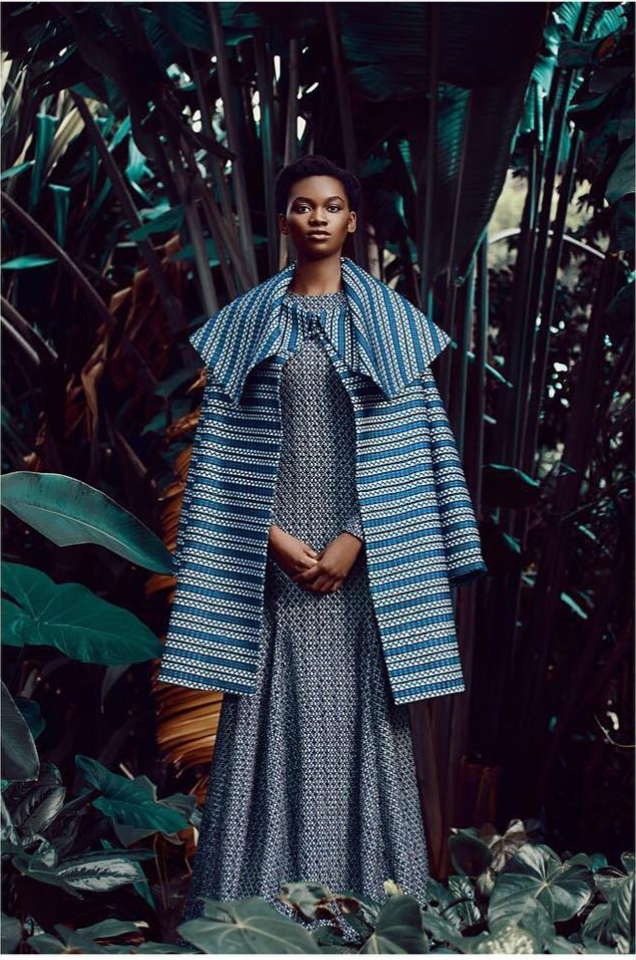