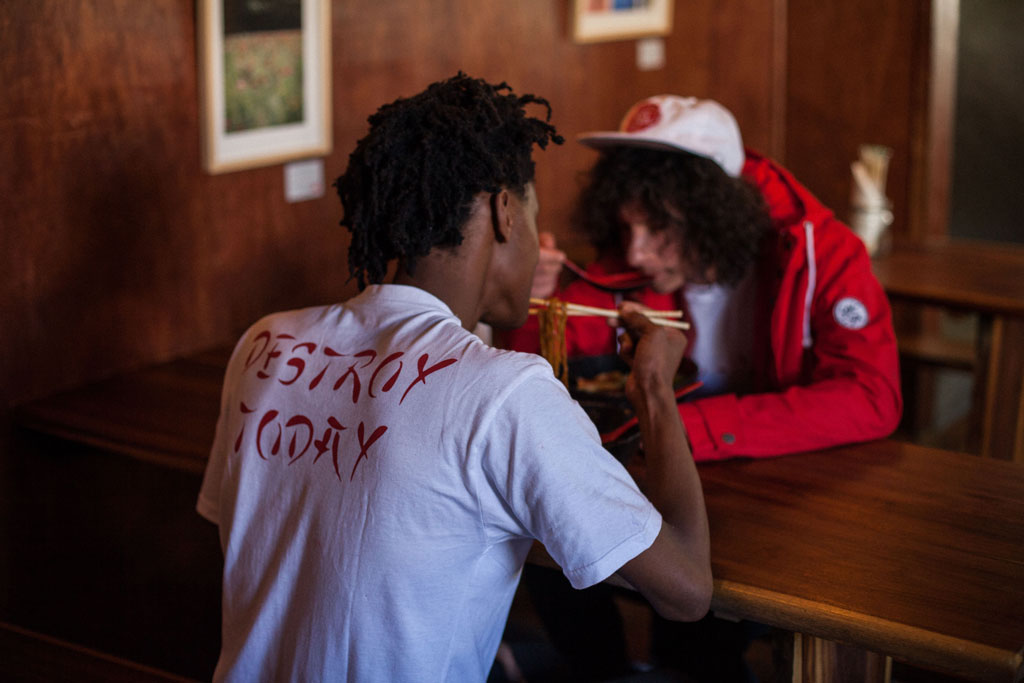 18 Apr A tribute to the quintessential graphic tee

We are indebted to you. There aren’t enough lookbooks or selfies to thank you for keeping our fashion sense on fleek. If fashion were food, you’d be a staple meal. You are quintessential to our wardrobes and always have our backs.

You’re there when we’re on the sports field hungry for victory, when we feel the rush of cool air as we zig-zag through pedestrian-filled streets on our skateboards and when inspiration pulses through our veins as we pull all-nighters to meet a client’s deadline. You’re even there when we take a respite from the world and enjoy a lazy day of Netflix and chill. 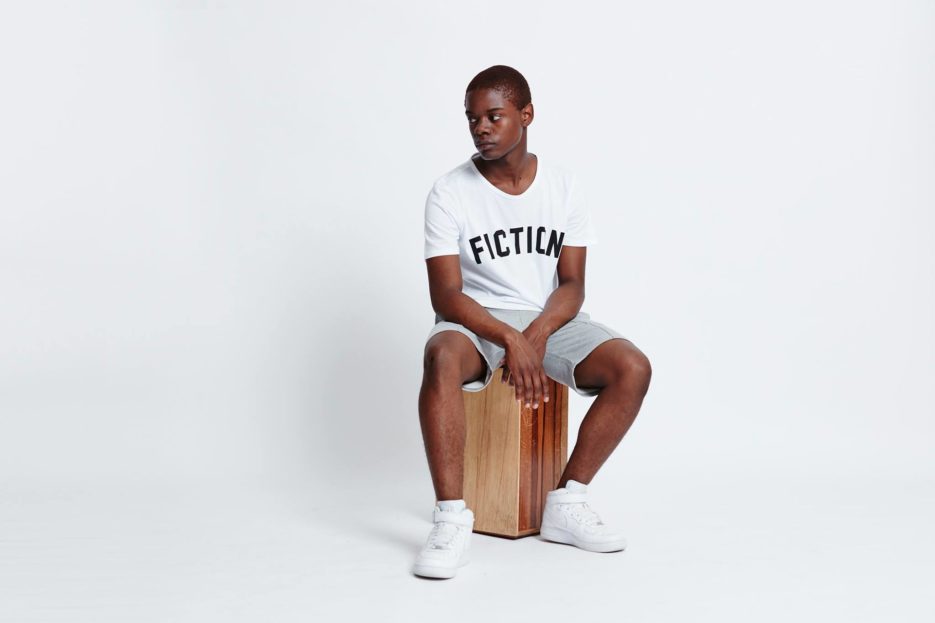 Like sneakers and jeans, your versatility is astounding. You’re a devil-may-care dress on a beach day, a dapper shirt underneath a blazer at a cocktail party, a practical crop top at a weekend music festival or a trusted gym garment willingly absorbing beads of sweat as we work out the alcohol from last night’s craft beer binge.

Did anyone ever tell you that you’re a phenomenon? Madonna’s continuous reinvention has nothing on you. Like her, you too ditched modesty for provocation. You went from being underwear in the early 1900s to becoming part of the army and navy’s uniforms in the 1940s to proclaiming “The Future is Female” when promoting the first women’s bookstore in 1975 in New York.

Celebrities and brands owe you big time for their successes. James Dean should have thanked you for propelling him to fame in Rebel Without a Cause. Nothing says classic bad-boy more than a white t-shirt, jeans and red jacket. A button-up shirt would never have worked.

Does adidas realise it’s the white t-shirt Pharrell wears in the Adidas Makes Me Happy campaign that urges us to buy Stan Smiths. That crisp tee does wonders. Having a Grammy-winning artist endorsing the brand has no correlation to our consumer’s impulses.

Similarly, your ‘Vote for Pedro’ slogan on Napoleon Dynamite’s chest turned him into one of the most enduring on-screen nerds to grace the silver screen this century. Even Pulp Fiction’s Vincent Vega and Jules Verne and Alien’s Ricco Frost wore graphic tees. Do you know how tough you made them look? The guns had nothing to with it. 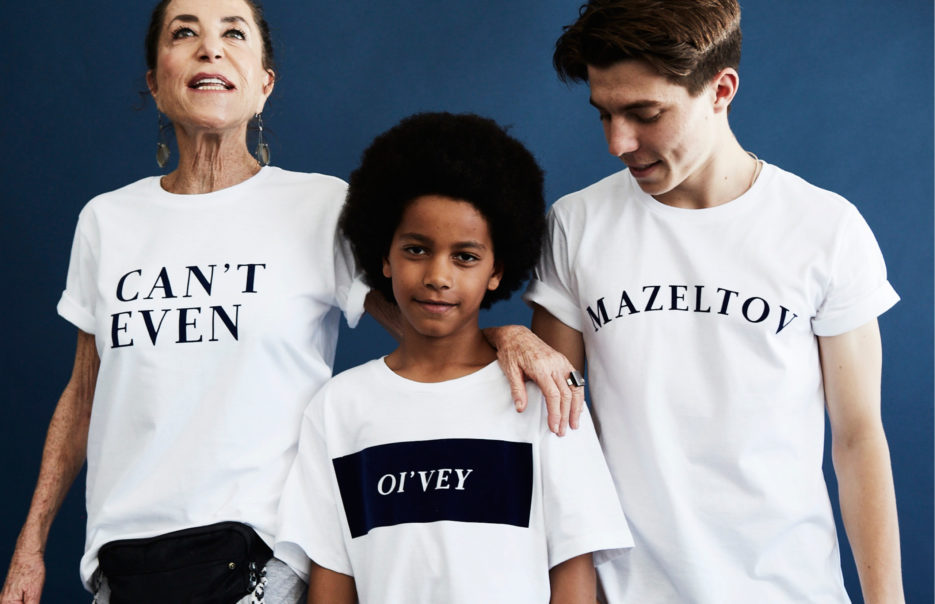 But, let me not digress. It was only during the ’60s and ’70s when you discovered Plastisol inks that you reached adolescence and took advantage of mass-production to share our angsty slogans with the world. You embraced the counterculture revolution and consequent eras of peace and love, political protest and democracy. We’ve seen you marketing The Rolling Stones (who can forget their tees with the iconic ‘Tongue and Lips’ logo), and most importantly in South Africa, showcasing vital truths by students during the #FeesMustFall movement.

Exalted graphic tee, you are worn by people who have names starting with every letter of every alphabet. Without you, street style would be incomplete and start-up labels would die. You know, Italian fashion icon, Giorgio Armani holds you in high regard and is quoted saying, “I’ve always thought of the T-shirt as the Alpha and Omega of the fashion alphabet”. 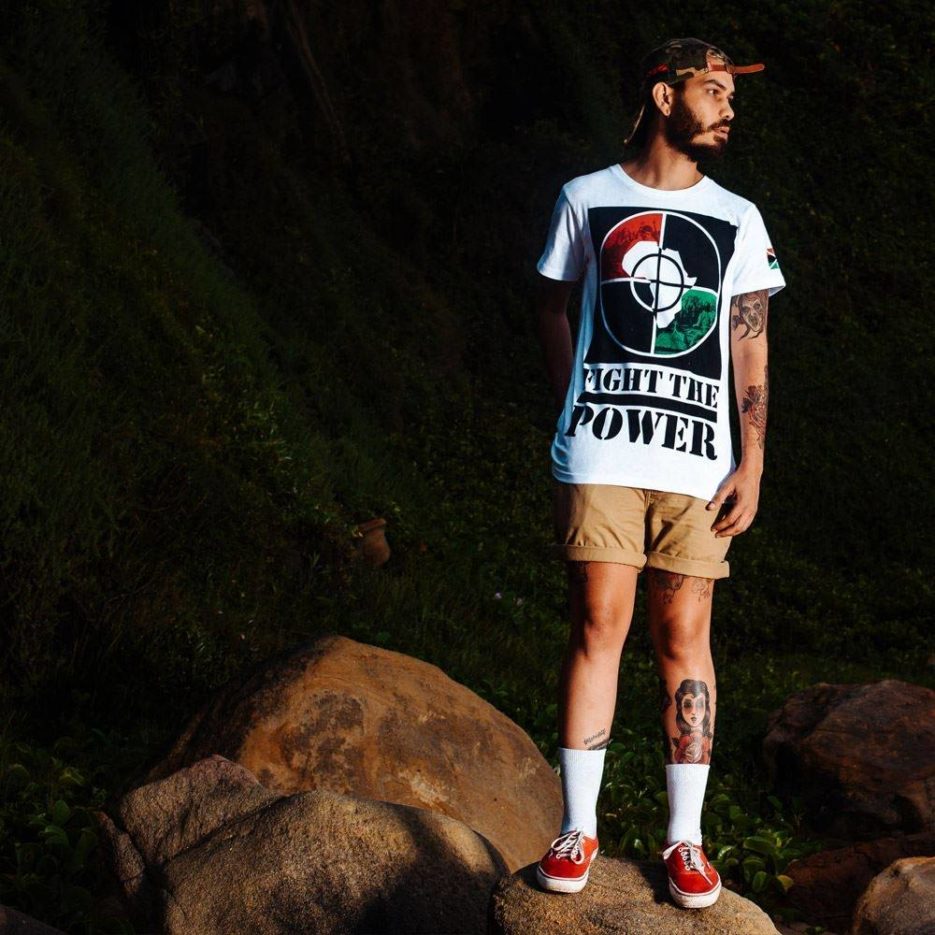 You’ve invaded every sub-culture without imposing your beliefs on anyone. You make Hipsters, Goths, Greasers, B-Boys, Metalheads, Sea Punks, and even my grandmother look good. Heck, now and then Mandela, who preferred his formal patterned shirts, was even seen wearing you. One time he donned an ANC t-shirt with a call-to-action slogan saying, “Get an ID. Register. And Vote”.

Dearest graphic tee, don’t feel bad about petulant teenagers, who receive you as a kitsch island holiday souvenir and never show you off outdoors. I’m sure you too would be embarrassed to walk around with Comic Sans printed on your front. Don’t ever think you’re cheap because you’re purchased in large quantities when there’s a 3 for 2 special at Cotton On.

You’re a protesting placard, a poem, a flirtation, and a work of art. Your words encapsulate the energy of zeitgeists. The text inked on your fabric expresses our loftiest ideals and individual beliefs. Even if a R30 statement tee with words, “Sassy Since Birth” doesn’t incite the same action as an original Che Guevara t-shirt originally did, it does reveal the wearer’s general life attitude. Let’s not forget, you speak truth to power and are the mouthpiece of a street style generation. 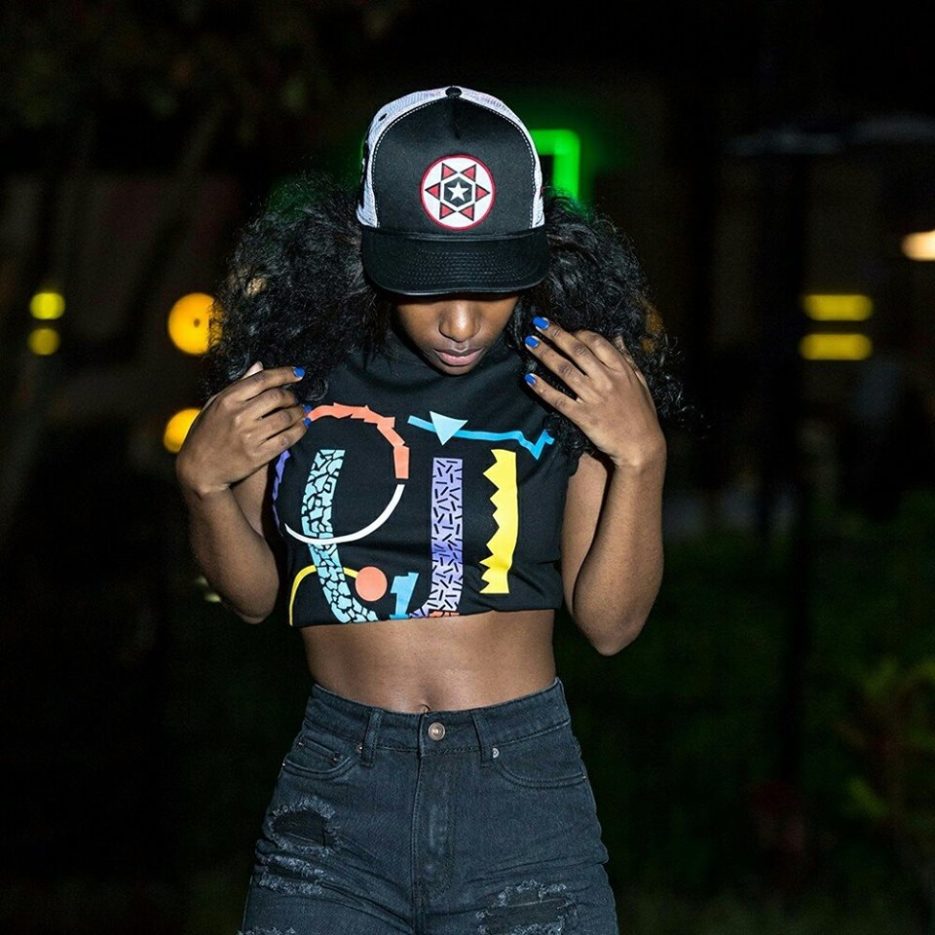 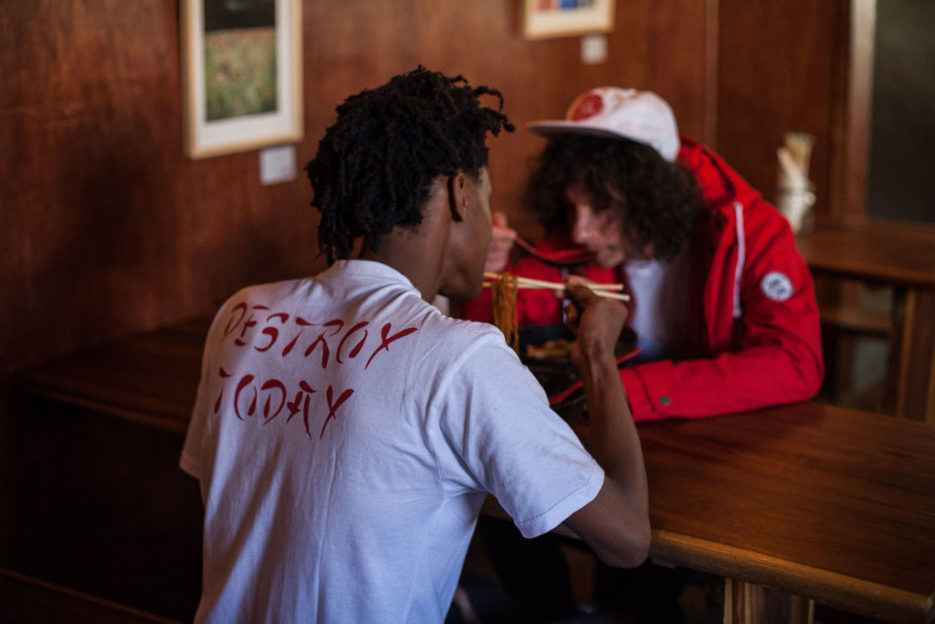 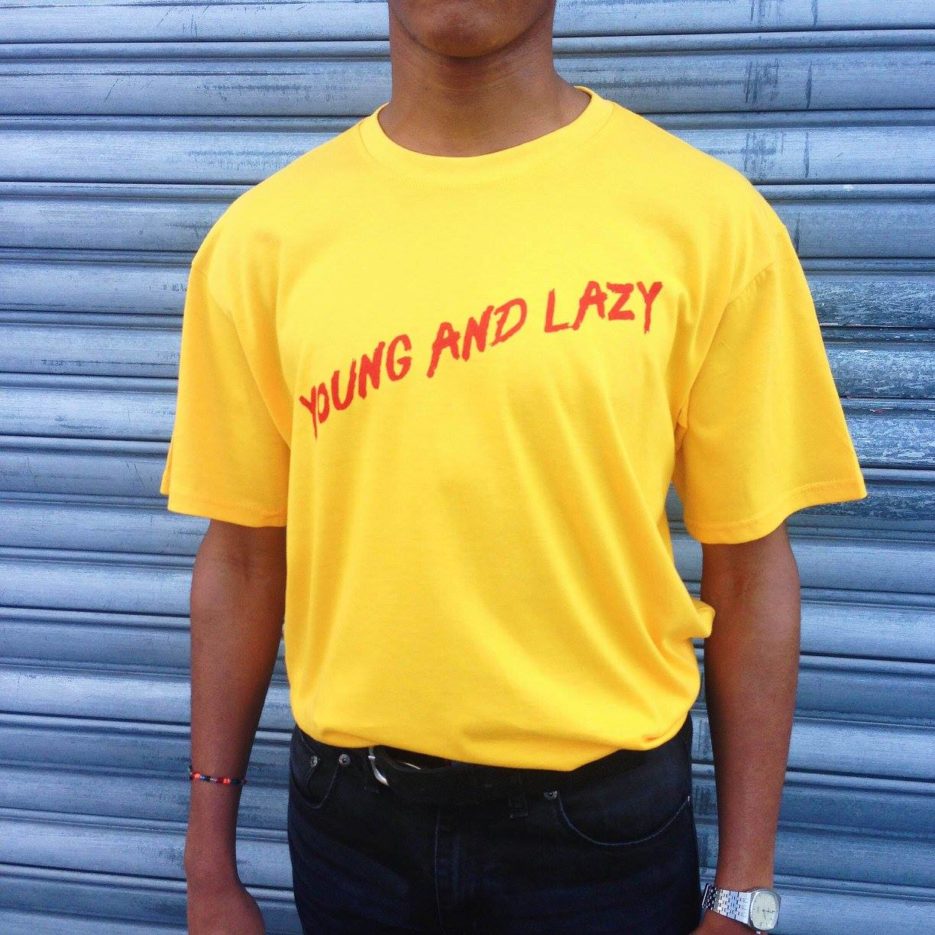