Written by Stefanie Jason on Apr 18, 2017 in Dance, Featured, Interviews

Dancer, teacher, choreographer, and freelance artist Mona Namer fuses far-reaching styles to create a vocabulary that is recognisably hers, while paying tribute to movements such as hip hop, contemporary, and pantsula, which have influenced her. A member of a dance company called Twisted Feet and part of a creative duo called Stampenfield with her partner Ellen Edmar, Mona recently visited South Africa, where she and Ellen collaborated with pantsula dancers-choreographers Sello Modiga and Thomas Motsapi to create a brand new show, VISITORS / BAETI. Mona, who features in the latest Little Dragon video, tells us more about the project, pantsula influence on her work, and celebrating house music dance.

I was born in Gothenburg, Sweden to Moroccan parents. I’ve always had a very strong connection to my Moroccan origin and for my parents it was very important for us children to know our traditions and learn the language. My dad used to drive us all the way from Sweden to Morocco every summer as a kid, and I remember that when we crossed the European border I was always very curious of Africa as a whole continent. 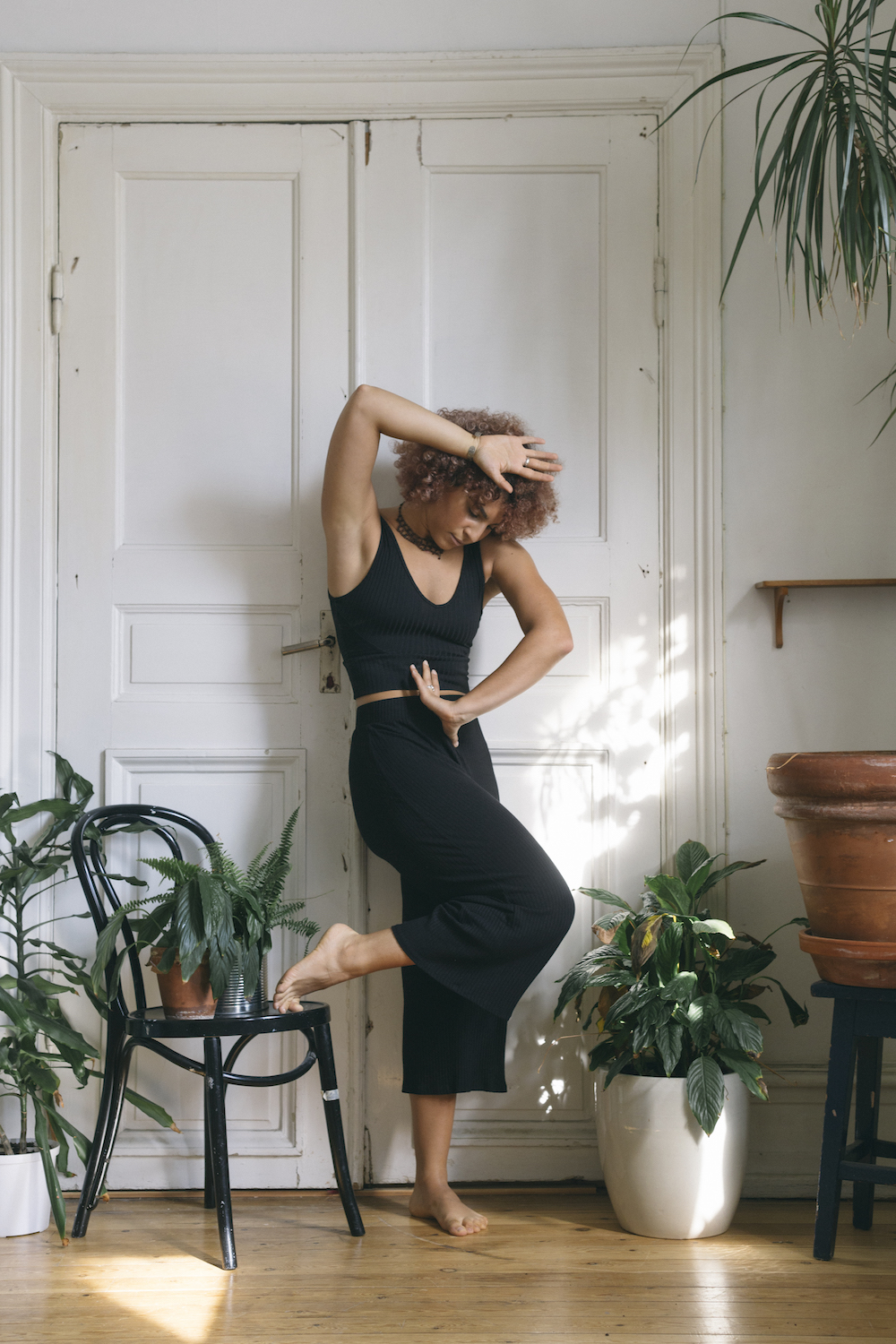 How would you describe your dance style?

My main styles are house dance and hip hop, with touches of contemporary and popping techniques. It’s very hard putting a style on my dancing, since I love to experiment with different movement patterns. Past years it’s been very influenced by pantsula and movements from South Africa; also because I listen to a lot of South African house music.

My recent projects have been focusing on exploring how to combine dance and movement with other elements of art such as film, photography, painting, poetry, music et cetera. Experimenting with different layers of art forms to and for the body is endless, and the best thing is to collaborate with other people, that’s where the magic happens.

When and how did you start dancing?

I grew up in an environment with a lot of music and was always eager to learn choreographies from music videos on MTV. I started doing performances in school singing and dancing with my friends and when I was around eight years, my mom put me into dance and violin courses after school.

I guess the dancing got more serious when I was 13 and started taking classes at a youth centre near my house. I had a teacher called Stina, she was such a strong and encouraging woman and became a very important role model in my life, which she is still today. I got sucked in the world of dance and was training four to five times a week by that time. After high-school I studied dance in New York for a year at Broadway Dance Centre. It was during my time in NYC where I understood my craft and got truly inspired to pursue dancing as a career.

Could you share what the (house) dance scene is like in your country, and how it compares to South Africa?

The house dance scene in Sweden is based on the club culture that started in Chicago and New York in the 1970s and spread all over Europe and the world ever since. The style we dance to house music in Europe is Jacking, Footwork and Lofting oriented, with influences from dances and rituals from all around the world.

Since there are so many genres within house music, the style of your movements differ depending of what music is playing. I got introduced to South African house music many years ago hearing producers like Black Coffee, Culoe De Song, Big Nuz, and Black Motion and their sound definitely made me move in a more rooted way with elements of African dance styles that I started to explore and add to my dance vocabulary.

I guess what we have in common is the heartbeat of the music but when you talk about the actual dance moves in Sweden and South Africa it’s very different. Styles like pantsula for example stems from it’s own subculture and history but it’s still a lot of footwork in it that it sometimes reminds of the footwork in House dance. 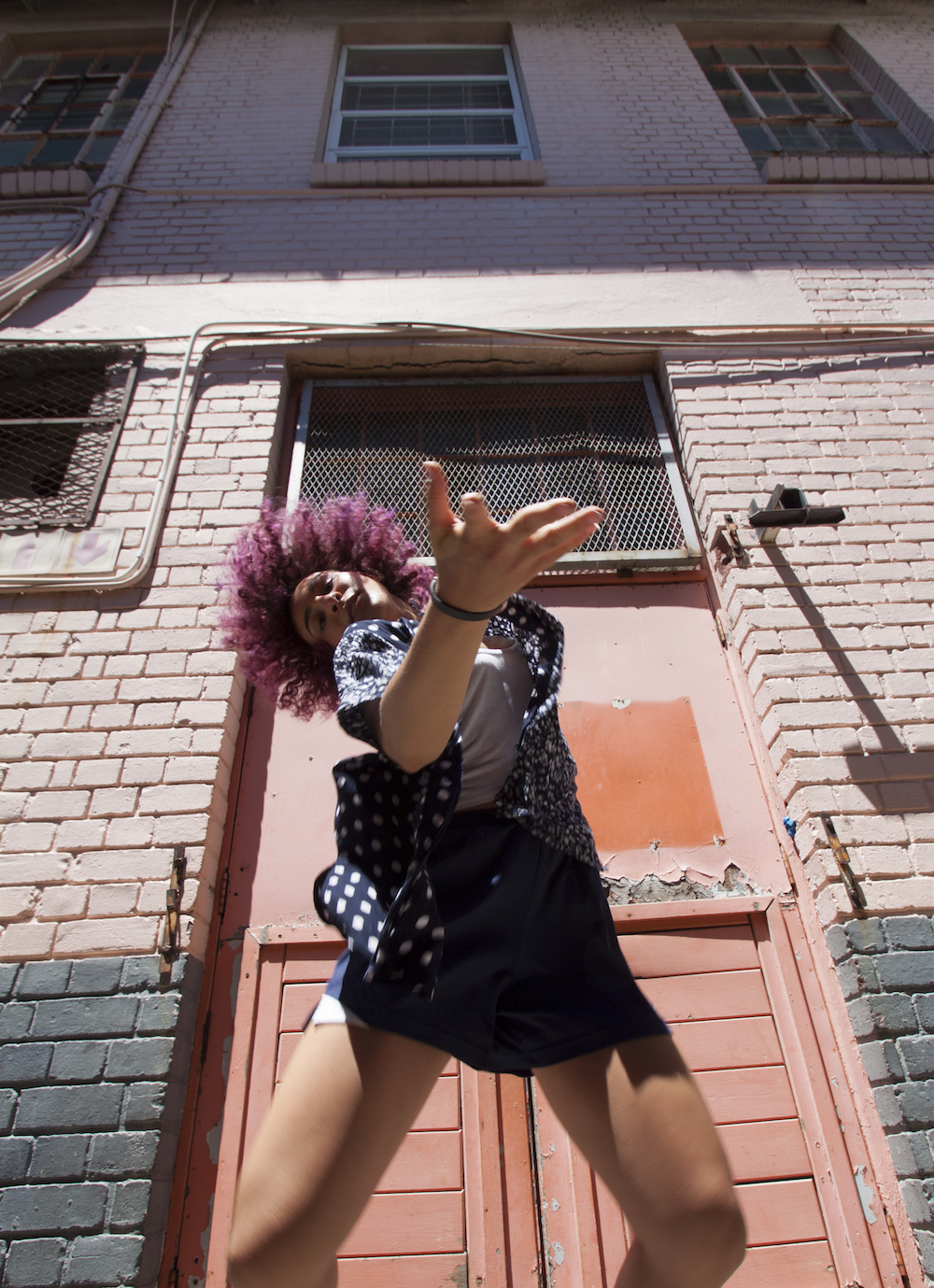 You recently spent some time in South Africa to work on project, please tell us more about it.

My Stampenfield partner Ellen and I spent five weeks in SA in late 2015 and had the chance to practice pantsula with Sello Modiga (Real Actions Pantsula) and Thomas Motsapi (VIP Pantsula). We fell in love with the dance style and Johannesburg as a whole. A year later after many applications, we got funded by the Swedish government to create a project together with the guys. The show is called VISITORS / BAETI and is a fusion of house and pantsula.

The show speaks of how we as human beings are visitors on this planet and in different situations your role or status as a person variates in context to the environment you’re in. We are exploring how humans are a part of a social system and how dance can be an alternative language for unity. 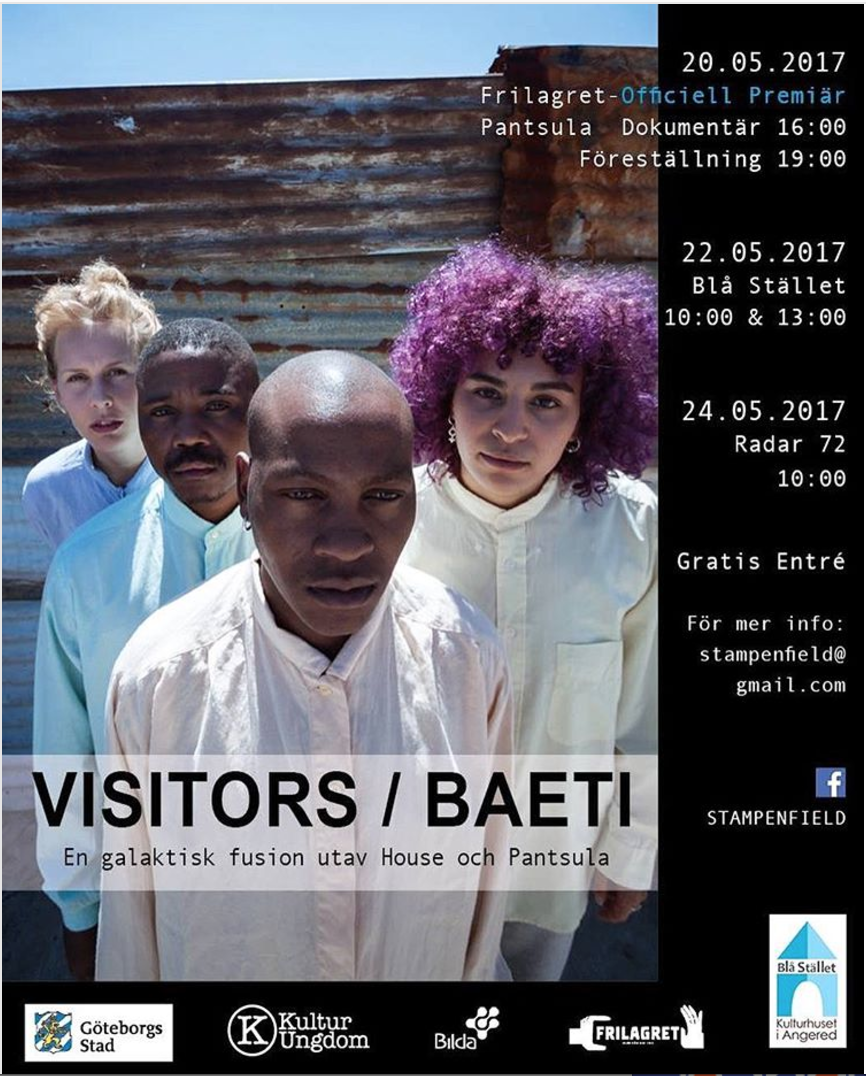 What is next for VISITORS / BAETI and will South African audiences get to see it?

VISITORS / BAETI will premiere in Gothenburg in May and Sello and Thomas will spend two weeks in Sweden teaching pantsula workshops.

Our goal is to come back to SA at the end of the year and showcase it on different platforms. It feels very important that the South African audience also gets to take a part in this project.

When people google your name, what projects would you like them to check out online?