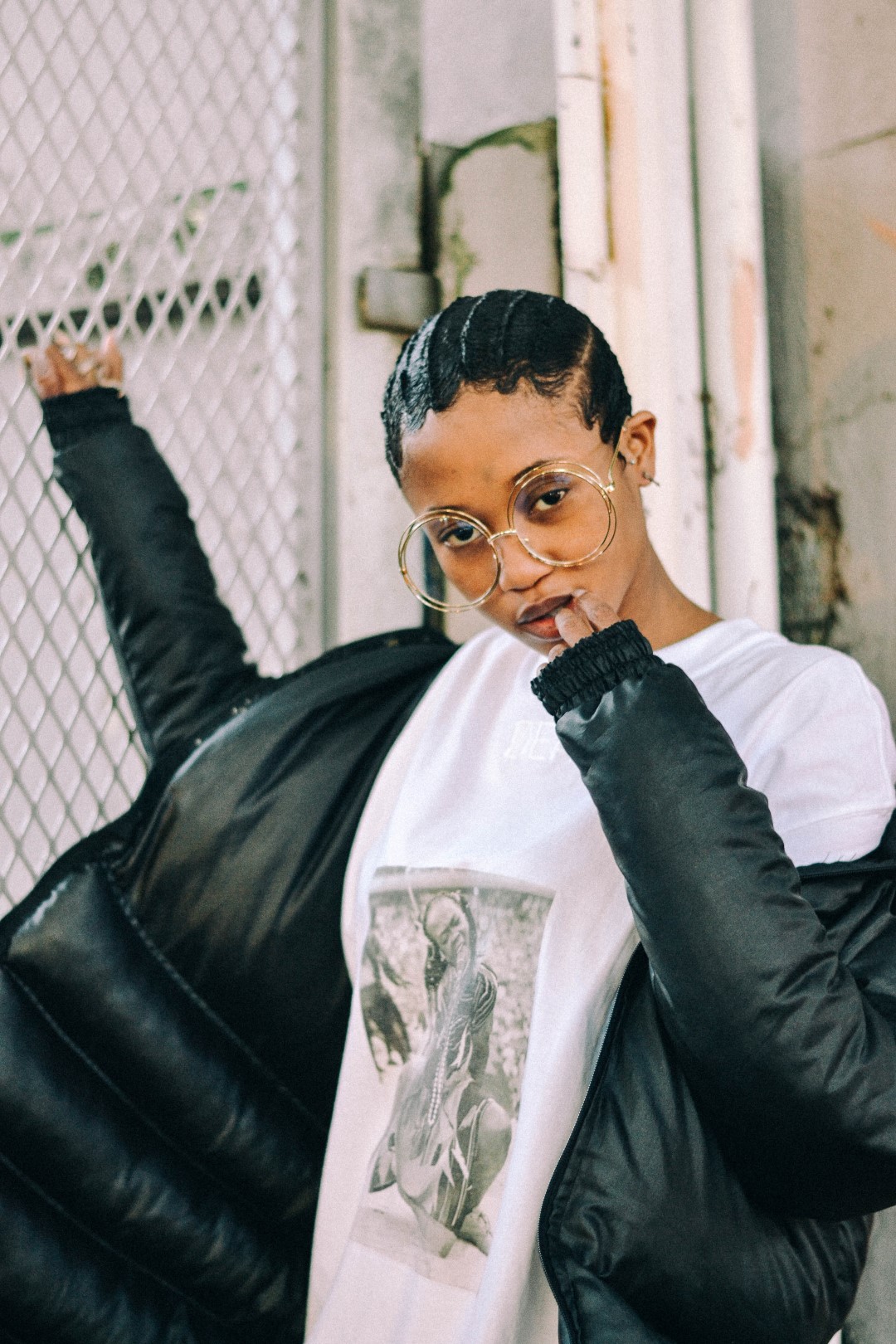 Posted at 16:06h in Fashion, Interviews by Gabriella Pinto
0 Likes
This week, stylist to the stars Lethabo “Boogy” Maboi and photographer Chisanga Mubanga (aka CoolCoolBeverage) launched a collaborative fashion-photo project featuring South Africa rapper, presenter and all around bad-ass Nomuzi ‘Moozlie‘ Mabena.
Fur, fingerwaves and phlyness, we catch up with Chisanga about the work, titled “BrendaxWinnie”. 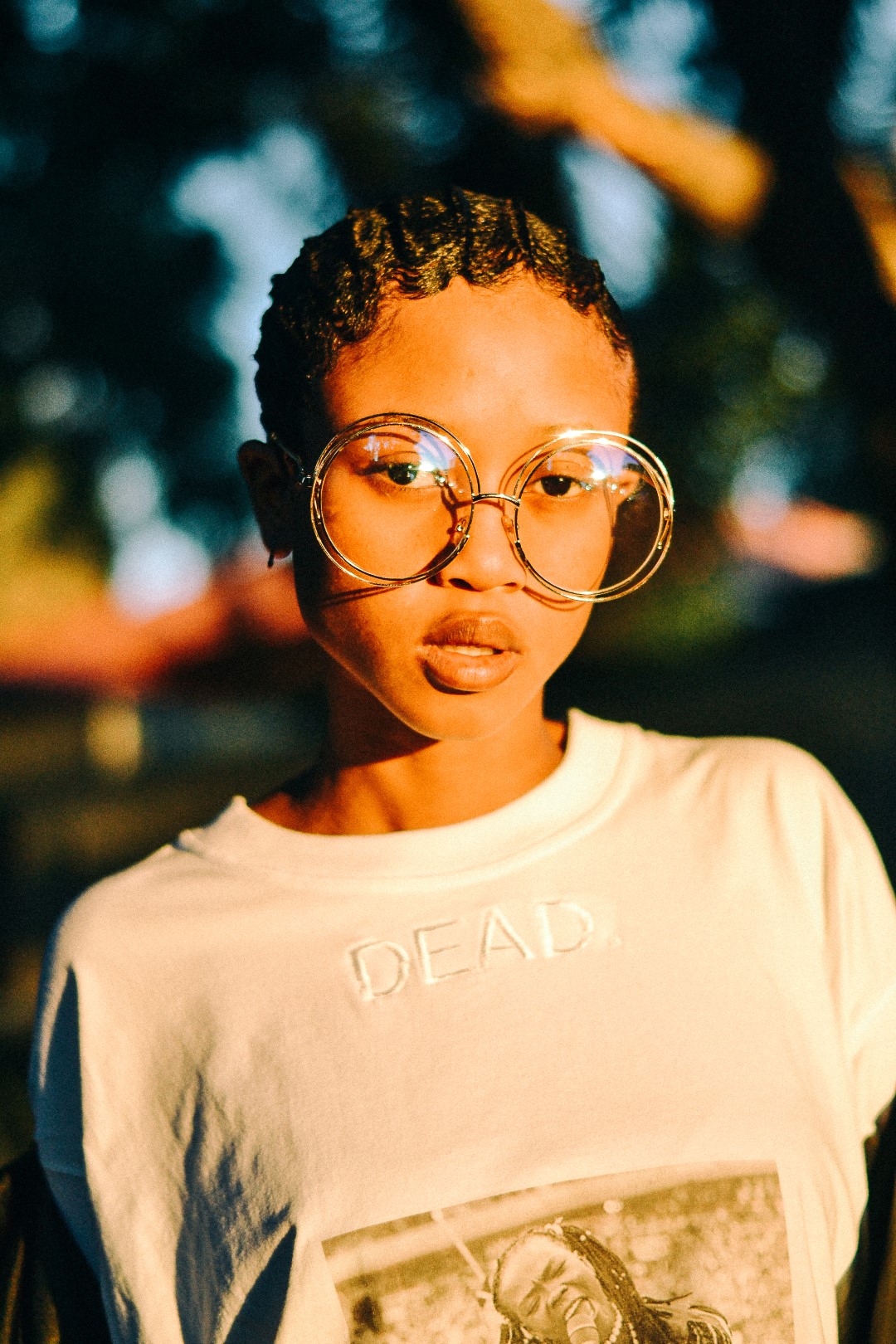 Can you share more about BrendaxWinnie; assuming it’s a reference to icons Brenda Fassie and Winnie Mandela?

It happened coincidentally that these two prominent figures were chosen. Myself and Boogy have personally known Nomuzi for a long time, and we felt she shared the aspiration to leave a legacy and be spoken about with the likes of Brenda Fassie and Winnie Mandela – with an equal share of fame and controversy so to speak. So this is a visual representation of “The Nomuzi” we know, paying homage to the two great female public figures she idolises. 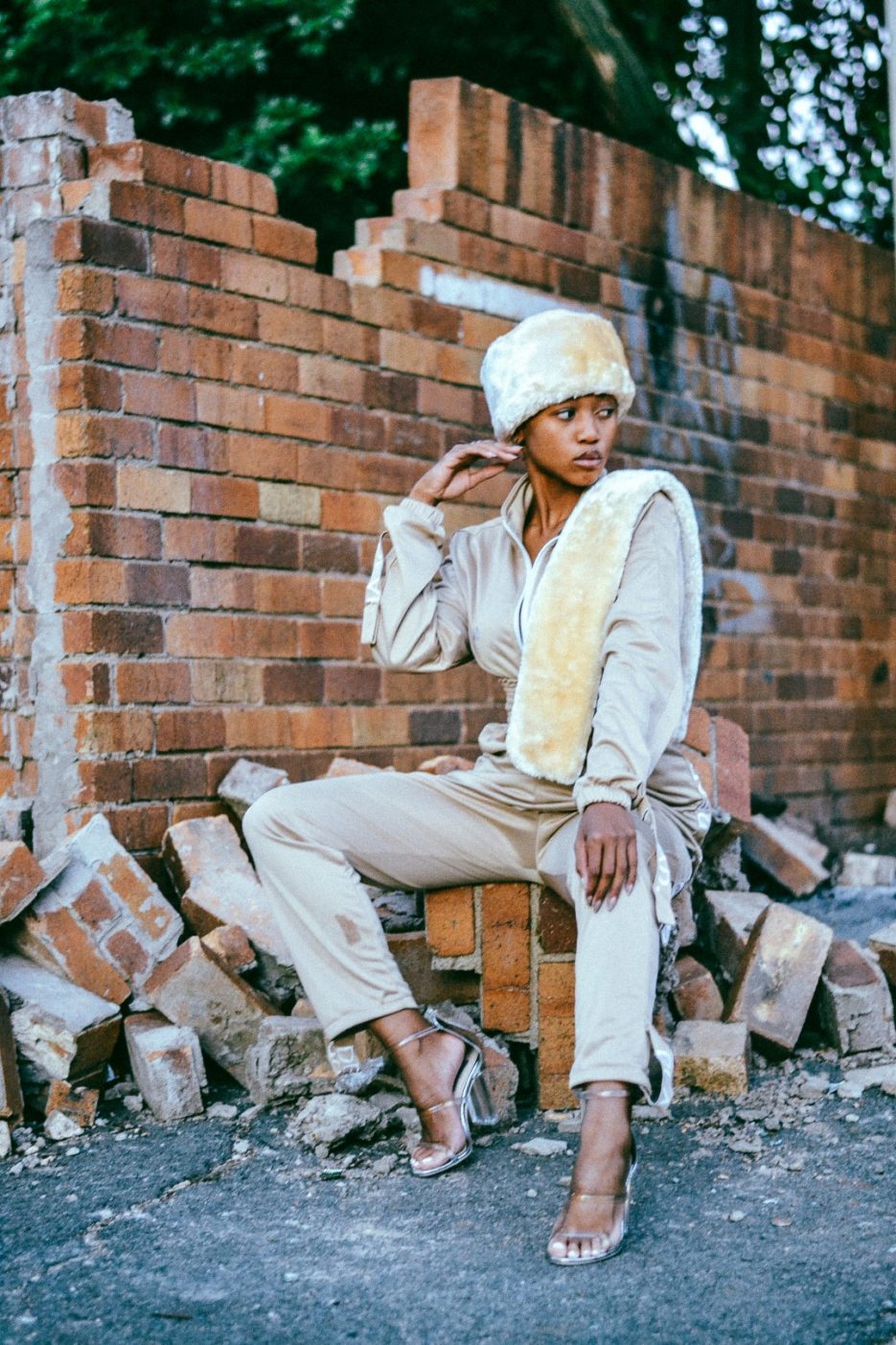 Tell us about the inspiration behind the looks.

We took our lead from seeing the one-of-a-kind Brenda Fassie DEAD shirt. For us, the next step was influenced by two things:

1) The cold weather slowly approaching.
2) Our love for streetwear, and trend by the likes of Supreme and Palace; for example with a Sade collaboration shirt.

We recognised in Bangy of Dead’s choice of Brenda Fassie something we could relate to; in the sense that we should be celebrating our icons in these times, in these kinds of ways. 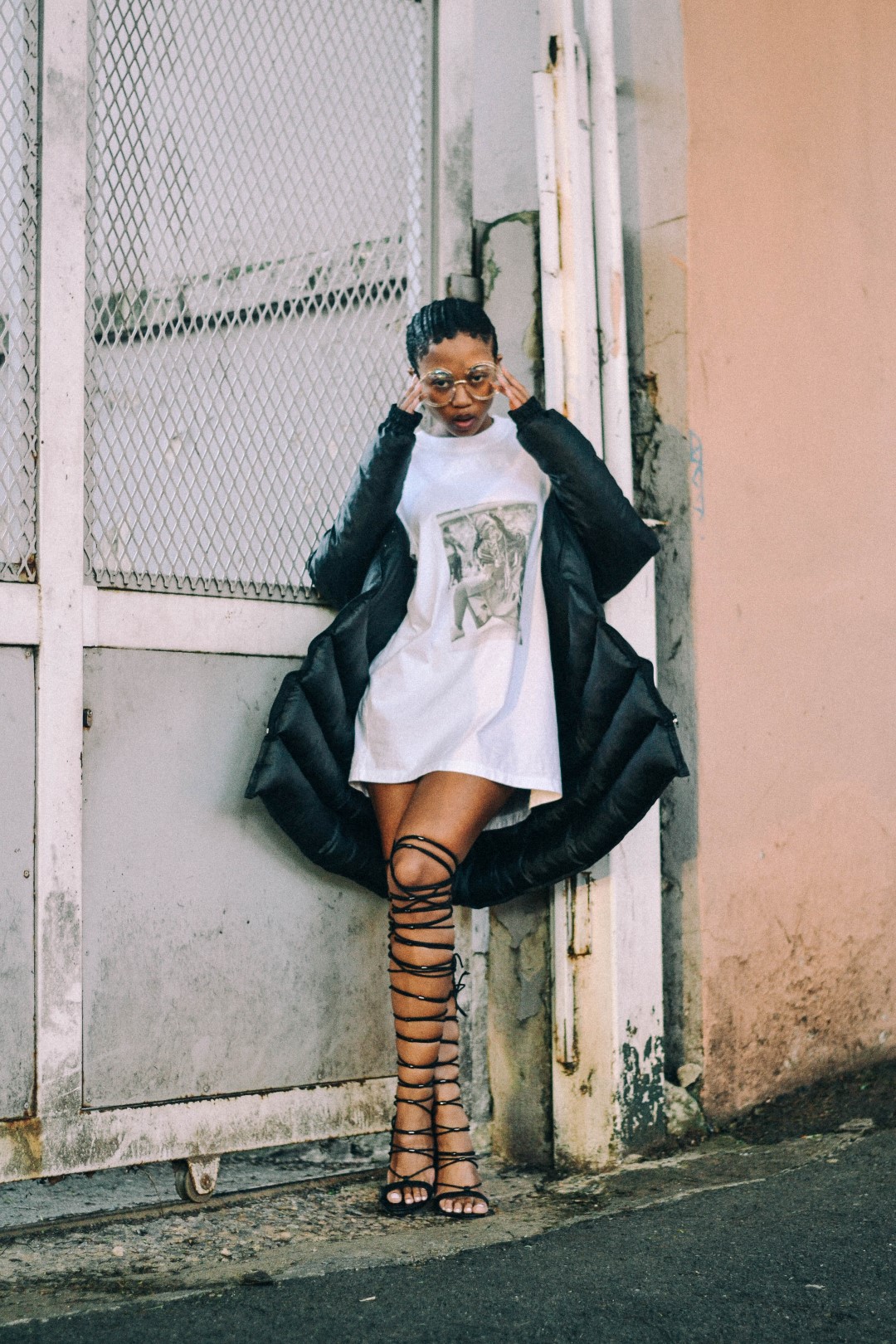 How did this collaboration come about?
First and foremost, Boogy and I are appreciators of good stuff, specifically local initiatives in music, design and performance art, to name a few. We’ve always been a fan of each other’s work. While working together previously for Bubblegum Club and Superbalist, we’d spoken about bringing together our two disciplines and creating visuals (we imagine it will manifest into more work, video possibly). We agreed we would work if it came naturally, and we both believed in the project. This is the first thing we released and there’s definitely more on the way. 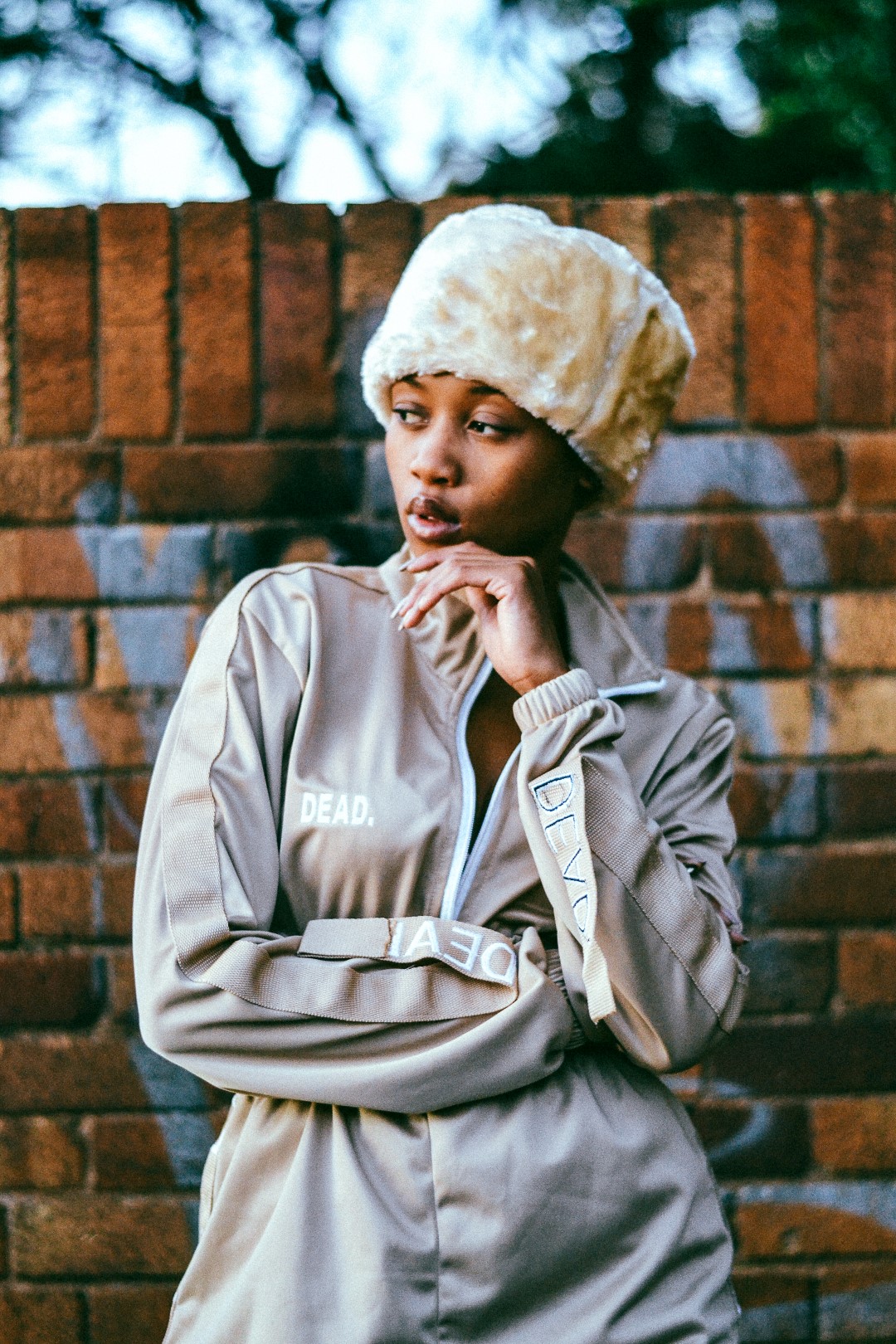 Where did you shoot it and what inspired the location?
We shot in Orange Grove, Joburg. For us it fits the aesthetic of the clothes and the message we were trying to send. We’re borrowing from what’s seen overseas but we’re not forgetting how important it is to remind people that this broadcast is live from South Africa, made by us.
Describe the key elements of each of look.
For the Brenda look, key elements were the bomber jacket and the Brenda Fassie T-shirt with the image from that famous sold-out Orlando Stadium performance (I stand to be corrected). The Winnie look came from our conversation about local figures and their love for fur. Google “Winnie Mandela Fur” and enjoy. Also in both looks, Nomuzi had no make-up; we were also trying pay homage to greats done by stripping down her look and making it about the message. 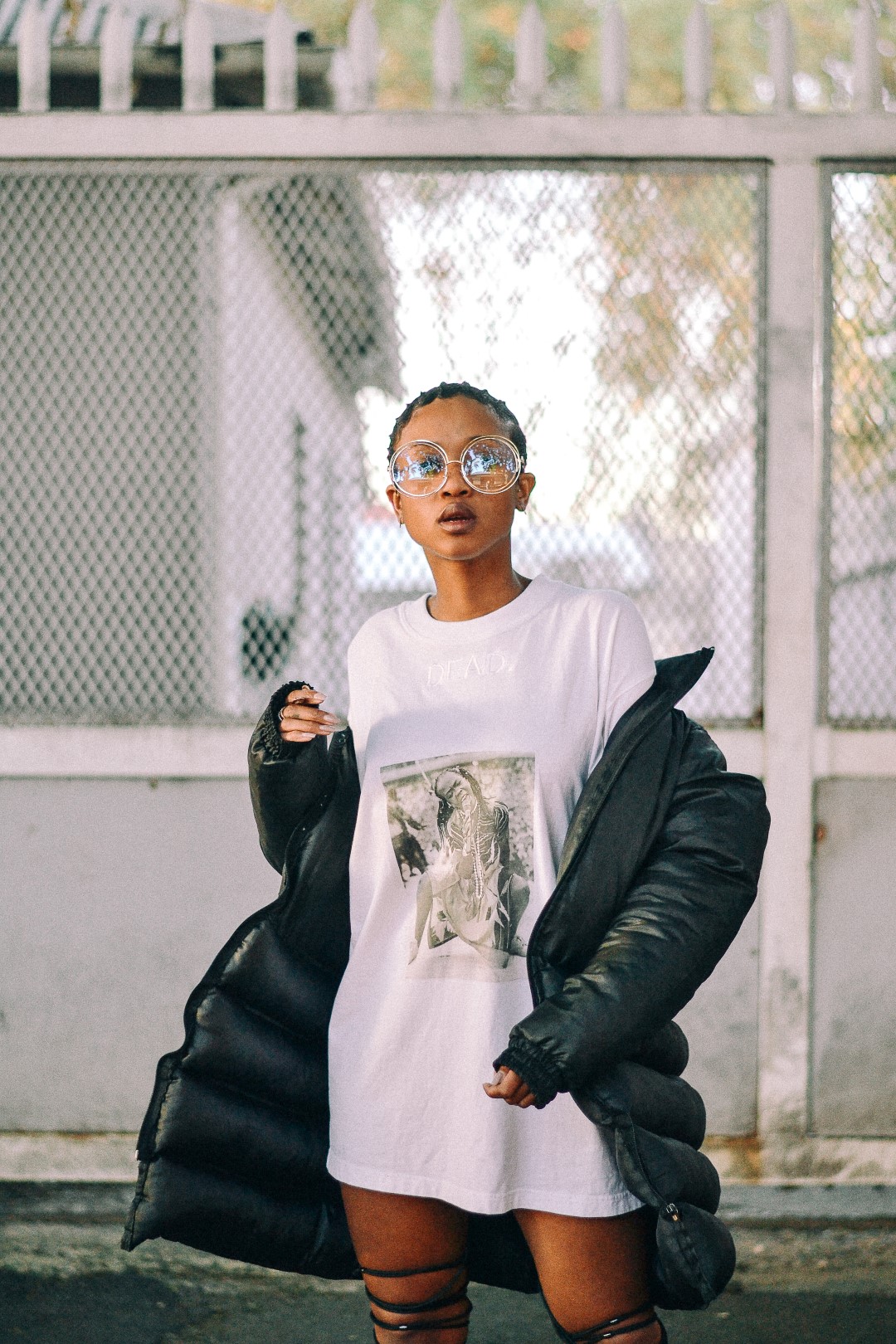 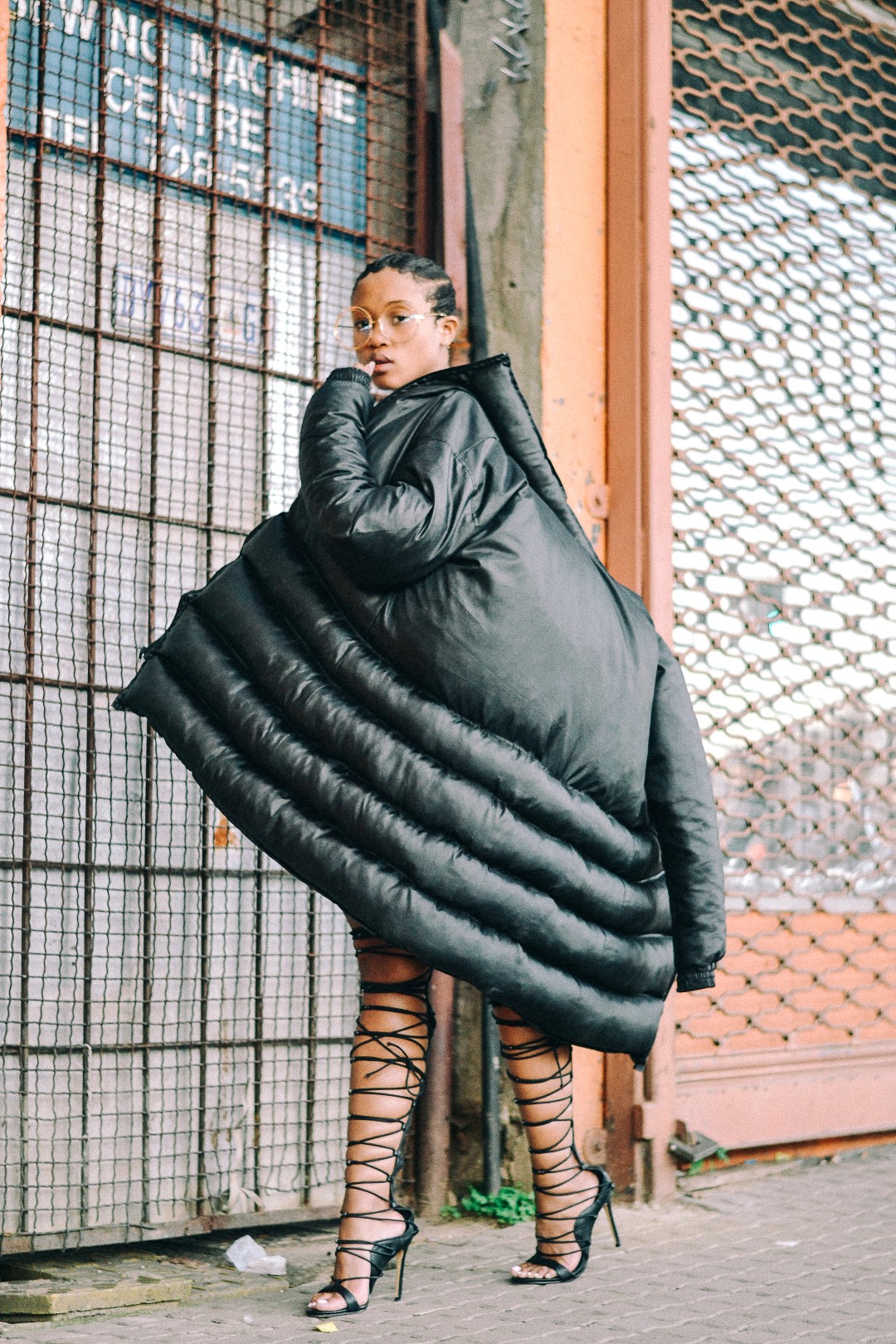 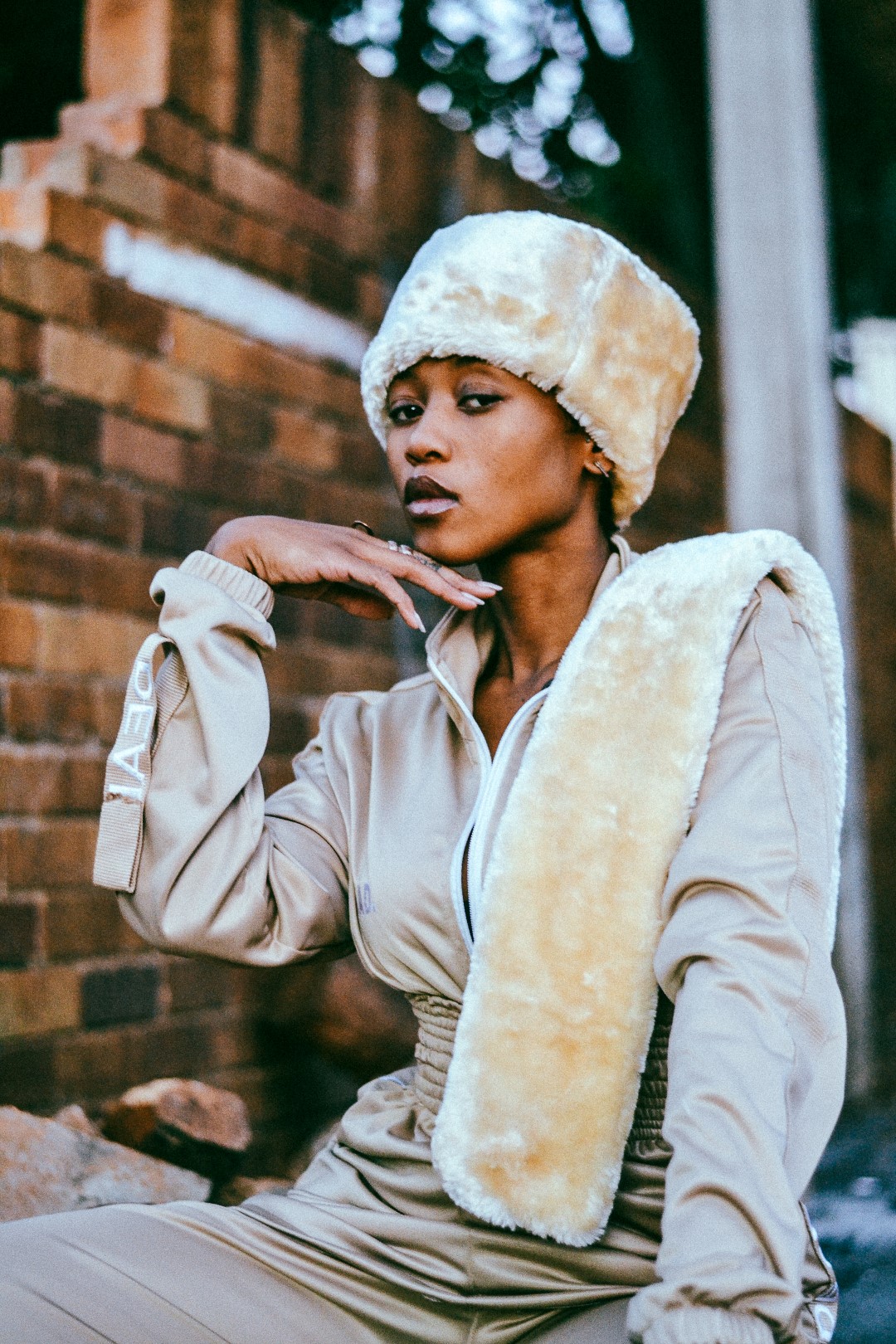