Artist Wayne Barker’s beaded ‘paintings’ dazzled at the recent Art Paris Art Fair, inspiring me to look through recent and past works created in collaboration with the artist and Qubeka Bead Studio.

City strolls, reinvention, collaboration.
Many of Wayne’s beadworks begin with a photograph of a woman, who in most cases is a refugee in South Africa. On his regular strolls around the streets of Jo’burg city Wayne is often struck by the tension between the colourful glamour of these women, and their strained circumstances of living in a country where they don’t have citizenship – a situation that is not too different from the realities of apartheid. Painting from the original photograph is the next stage, often followed by deconstructing the painting using computer-generated marks and images. A final image template is taken to Qubeka Bead Studio, a fine art studio that collaborates with some of South Africa’s leading artists to translate original works into beautiful beaded interpretations. Wayne enjoys working with the women of Qubeka, not only for their painstaking beadwork that weaves in Africa’s beaded heritage, but also because the collaboration between “male and female artists working in paint, computer technology and beads has the potential to upset pre-conceived notions of hierarchies and separateness… At first glance, the works are glittery, dazzling and seductive but it soon becomes clear that there is a rich vein of social comment buried beneath the bright surface,” says curator Carol Brown of Wayne’s work. 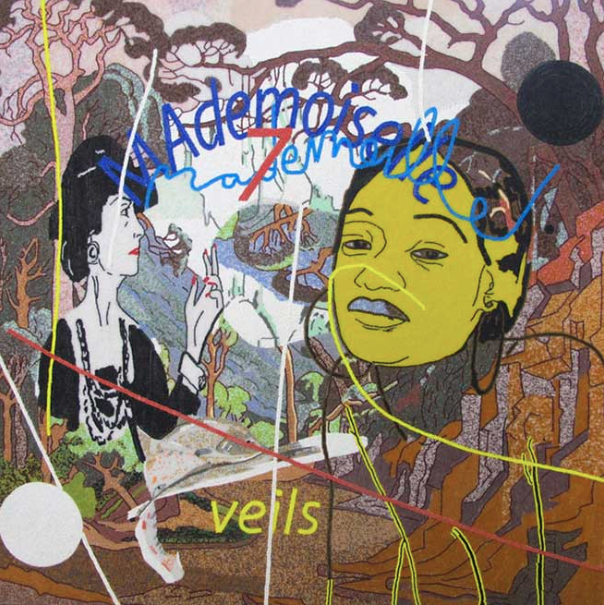 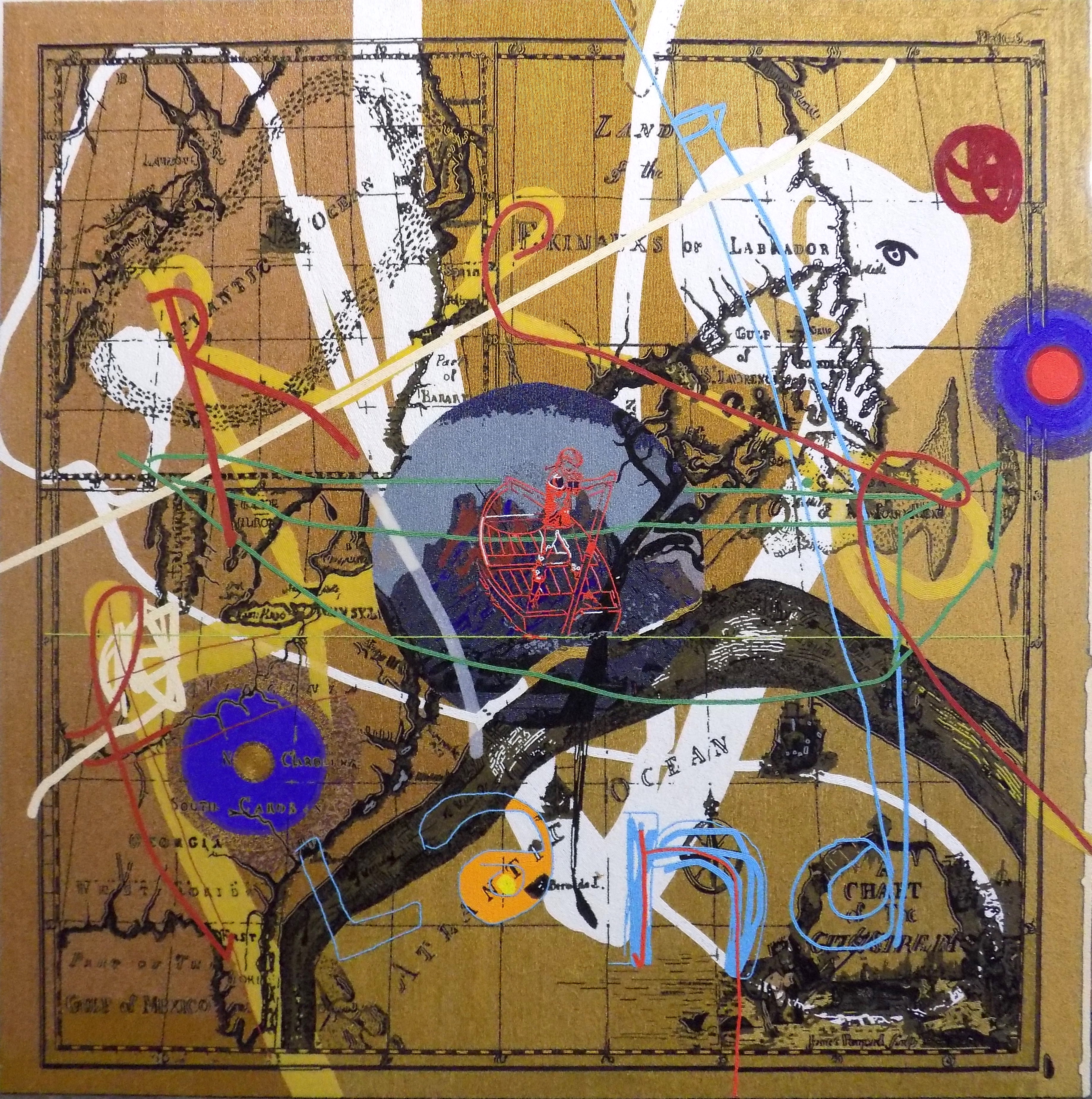 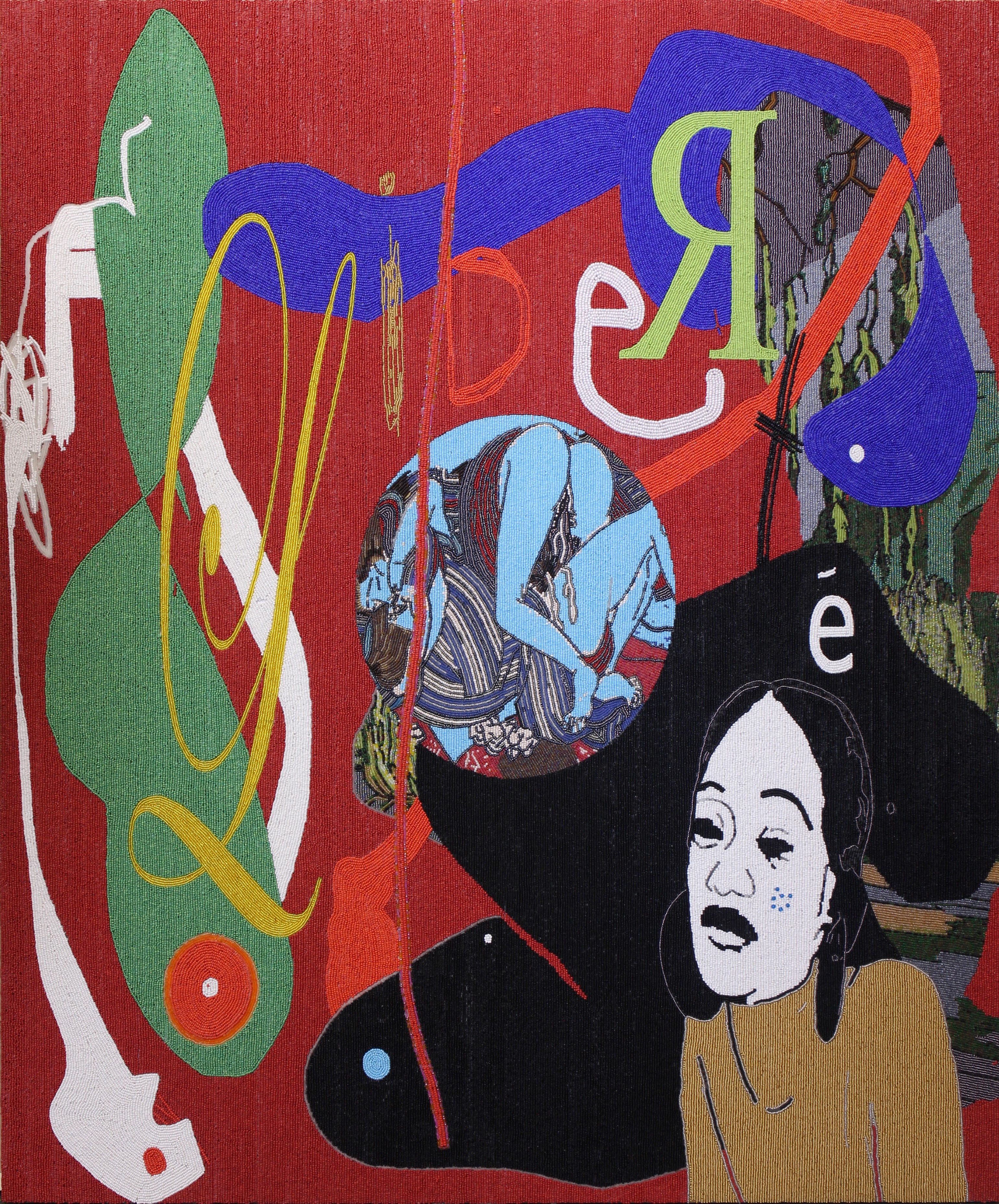 Pretoria 6 April to 13 May: The World that Changed The Image at Fried Contemporary.

Johannesburg opens 4 May: A solo exhibition by Wayne Barker at Everard Read Johannesburg. 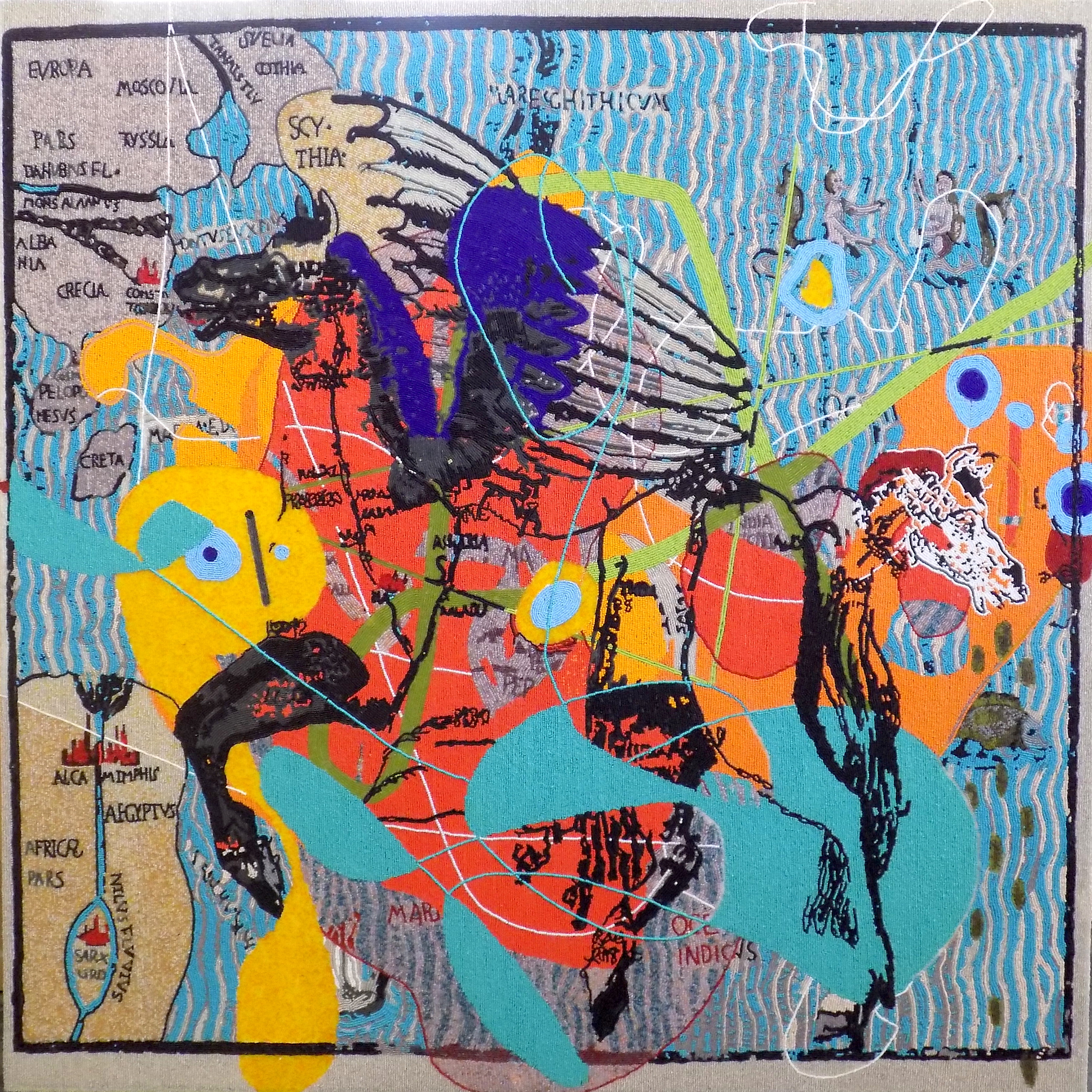 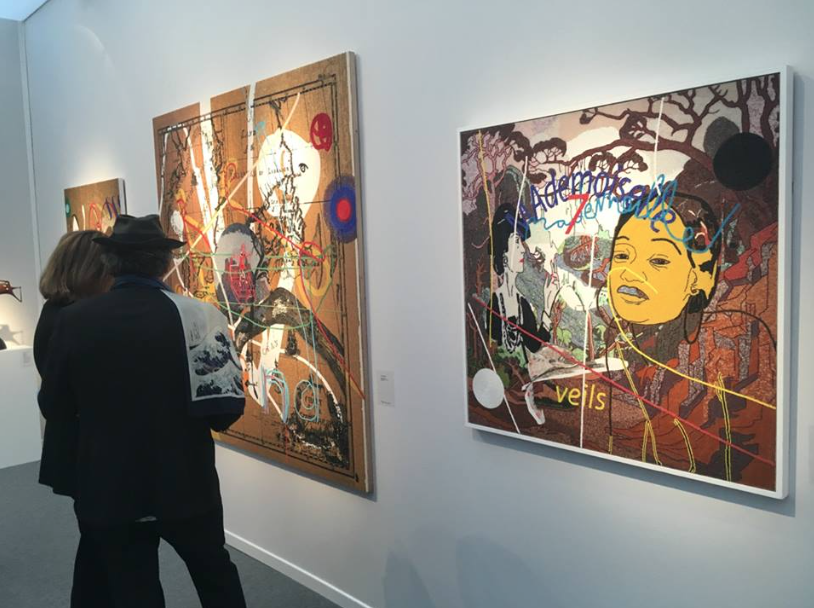 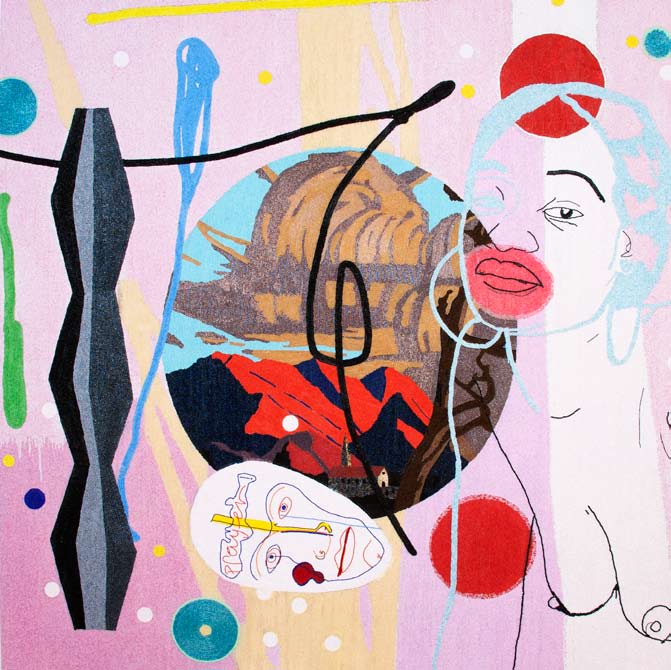 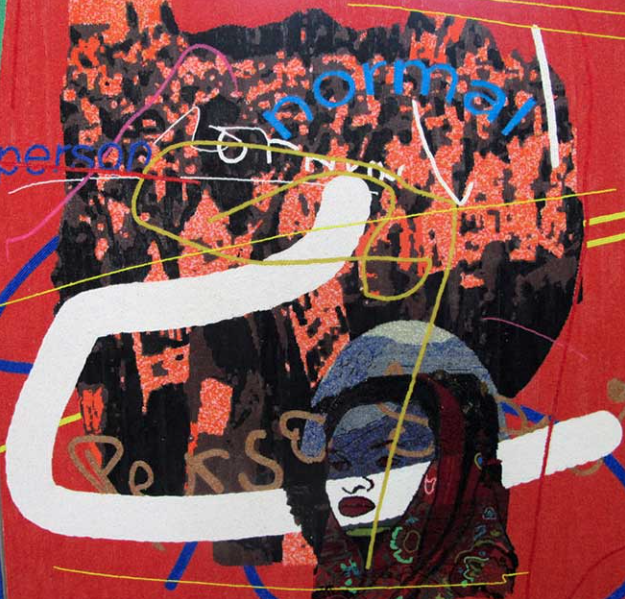 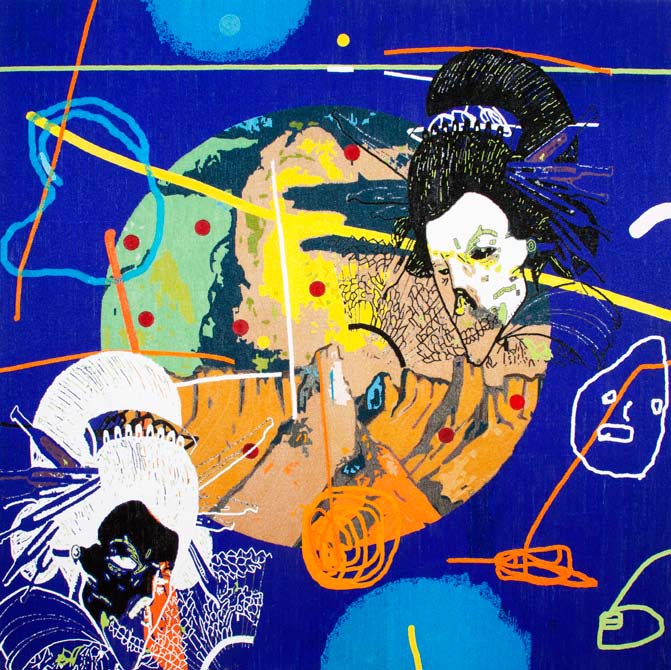 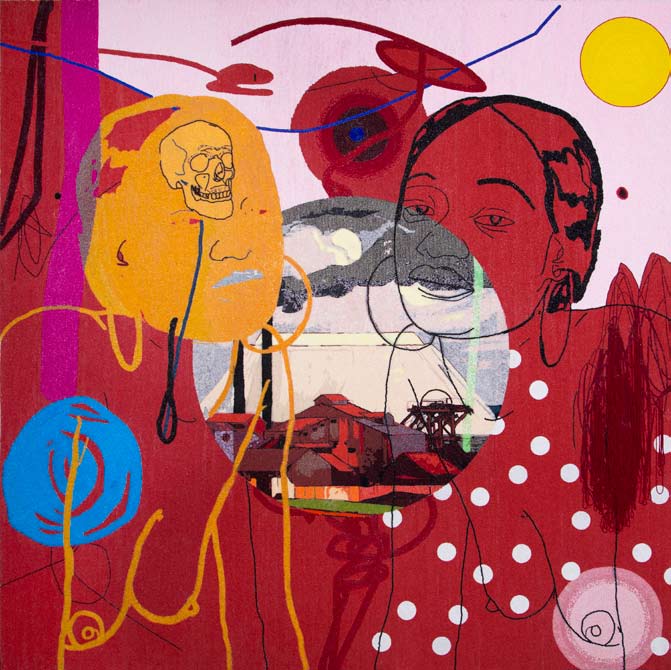 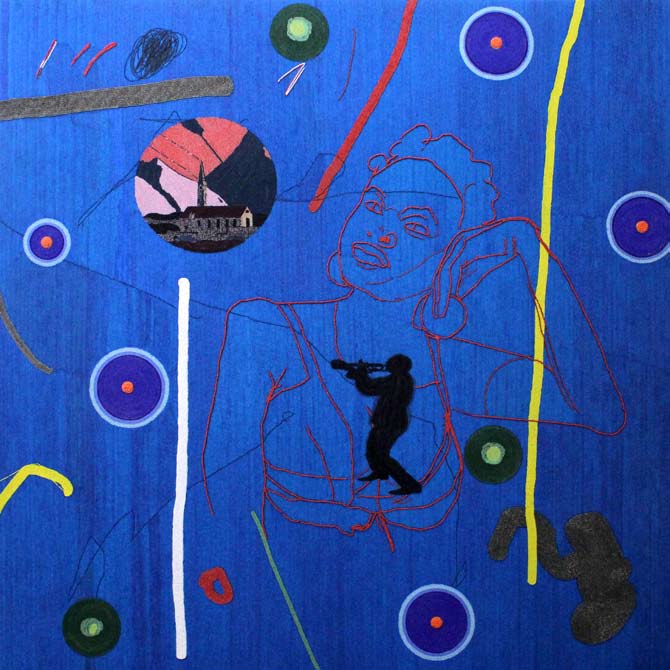 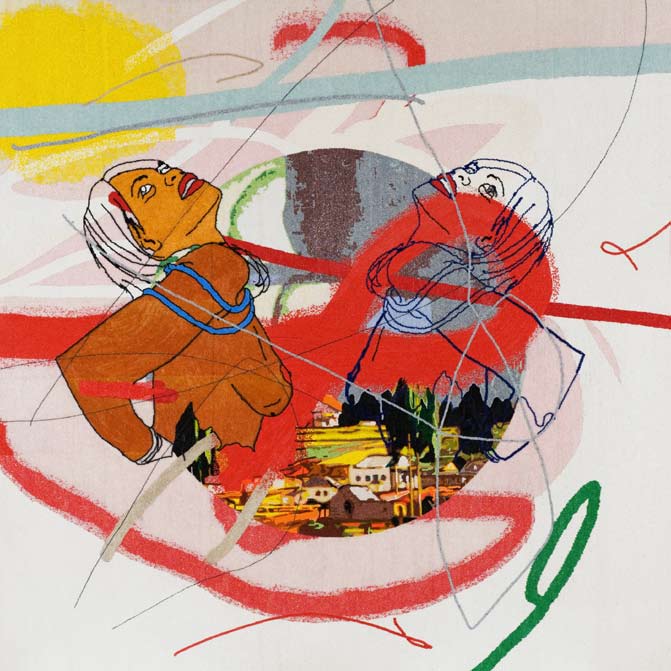 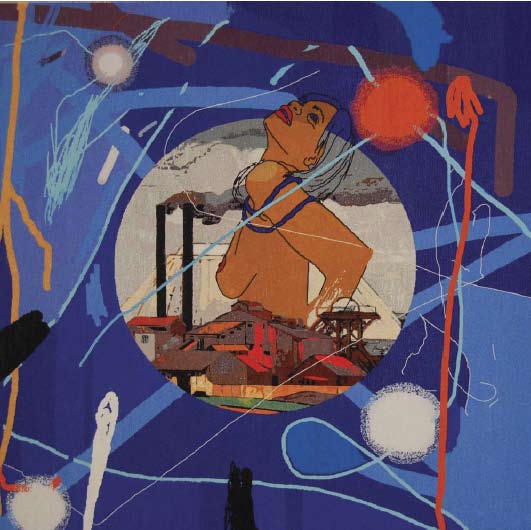 It’s in your head. Strung glass beads on canvas. 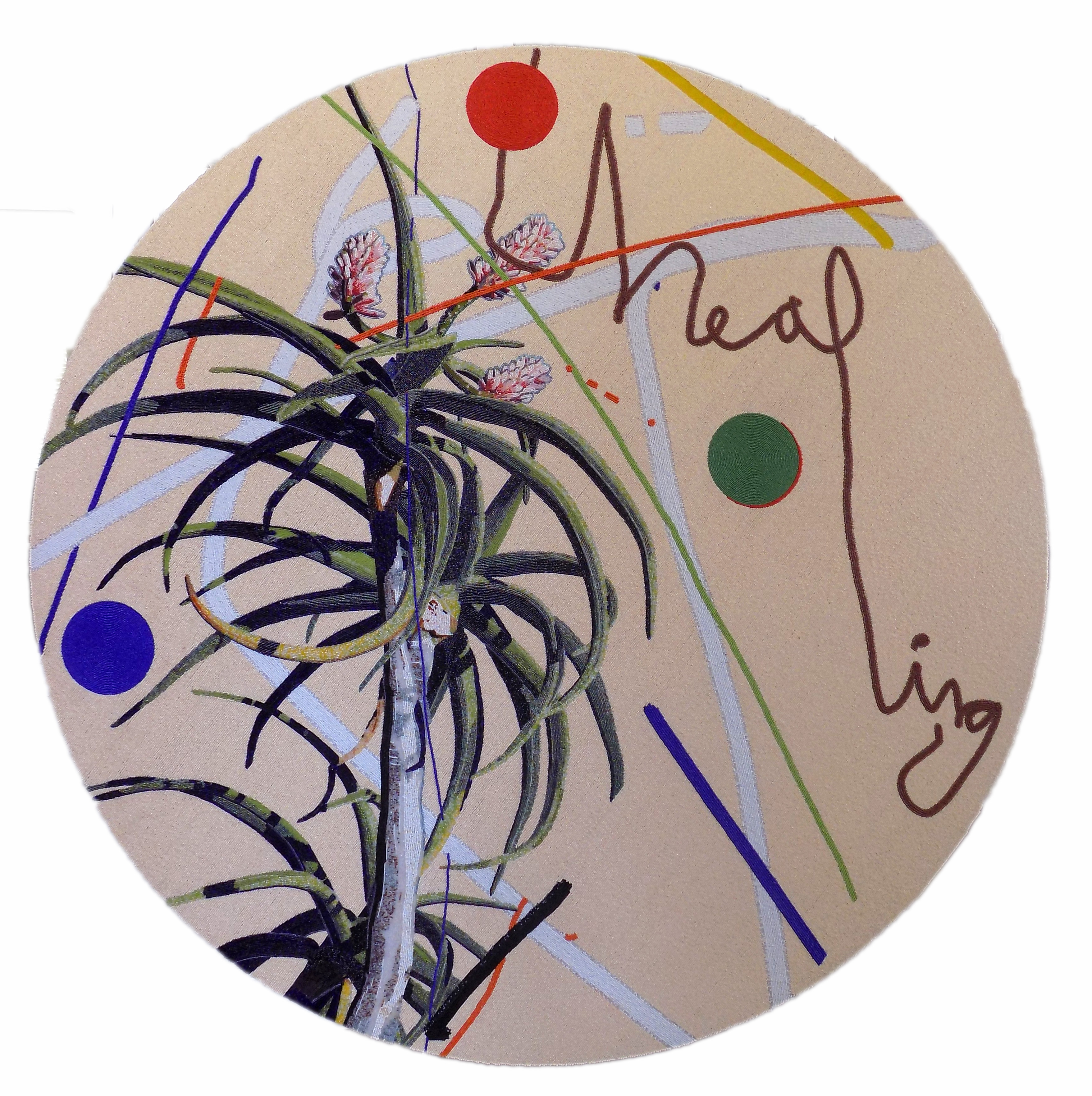 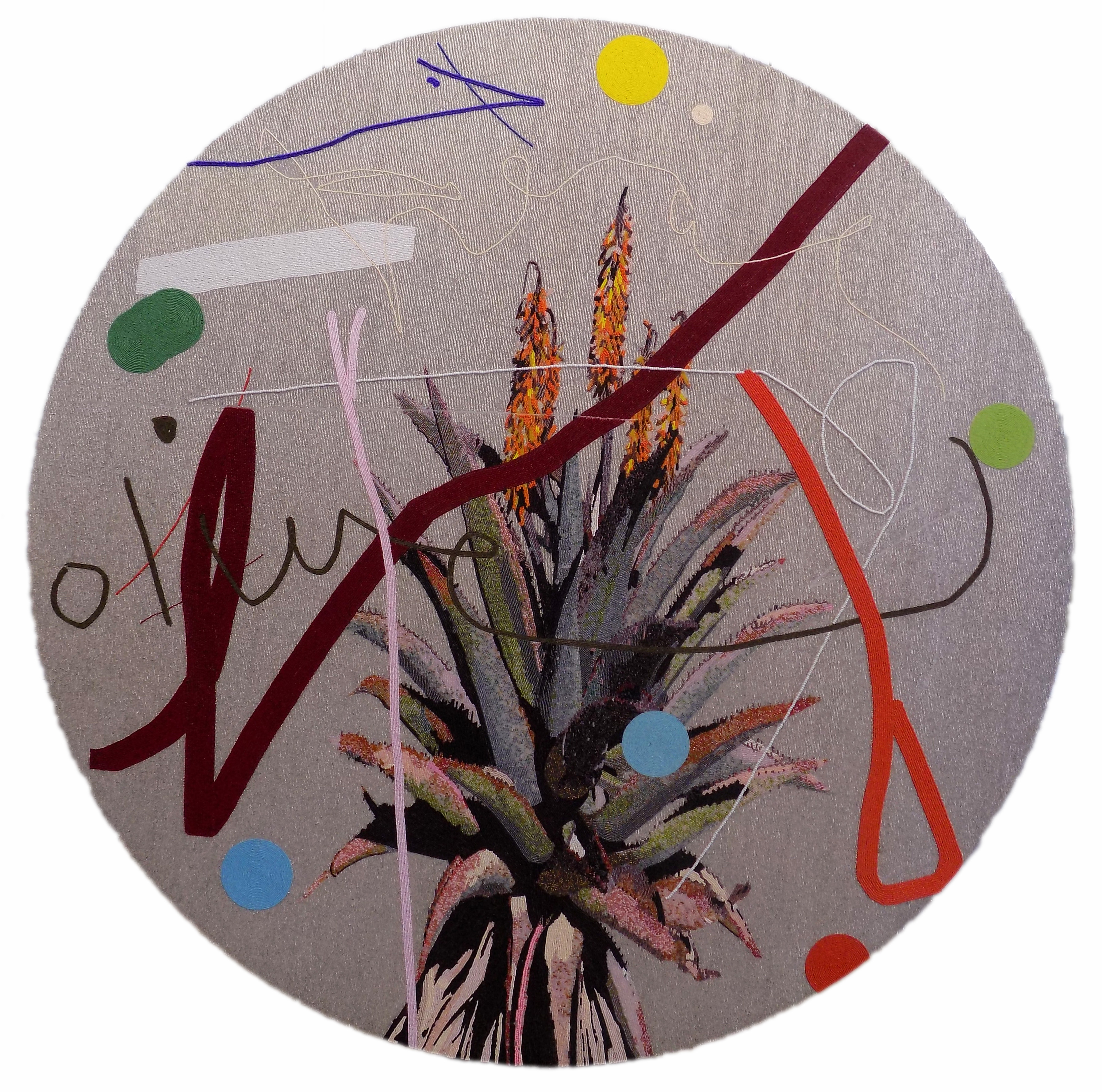 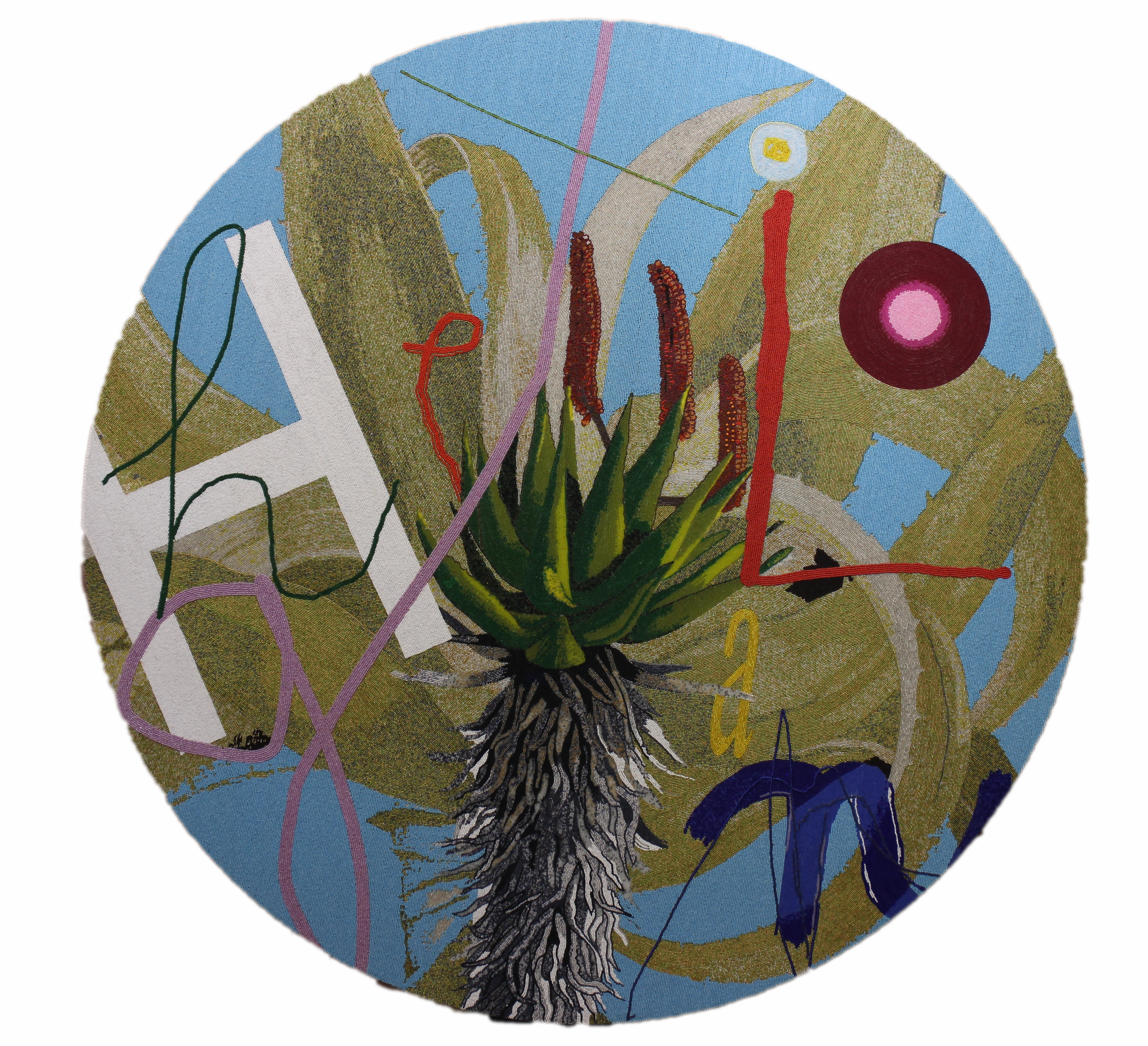