Posted at 16:05h in Featured, Illustration by Dave Mann
0 Likes
If you’ve had your eye on the local graphic design and illustration scene lately, then Yay Abe is certainly a name you would have come across. The Cape Town-based illustration studio was founded by Russell Abrahams who is also its creative director.
While Russell’s no stranger to 10and5, we thought it’s about time we visit some of the work of Yay Abe, and what better time than during our annual Graphic Art Month series?
Below, we take a look at some of the studio’s work to date, and speak to Russell about the rise of Yay Abe, how it’s come to represent a very distinct style of illustration, and what keeps him motivated throughout it all. 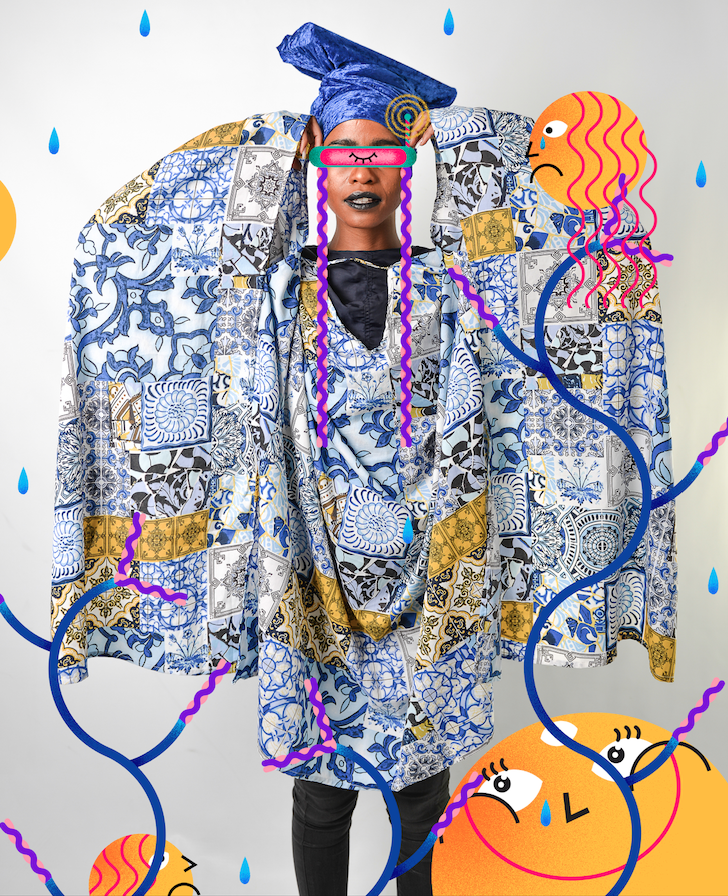 Tell us a little bit about Yay Abe and how it came together.
Yay Abe is a new venture; an illustration studio based in Cape Town. The concept of Yay Abe came together in 2014 when I started understanding the industry a little better. After working with a few studios as a freelance illustrator I really wanted to have that one day, a room full of people working together to create some great work. I spoke to a few mentors about it and they really helped guide me in the right direction. Currently we’re looking for a little space to call home for a while. 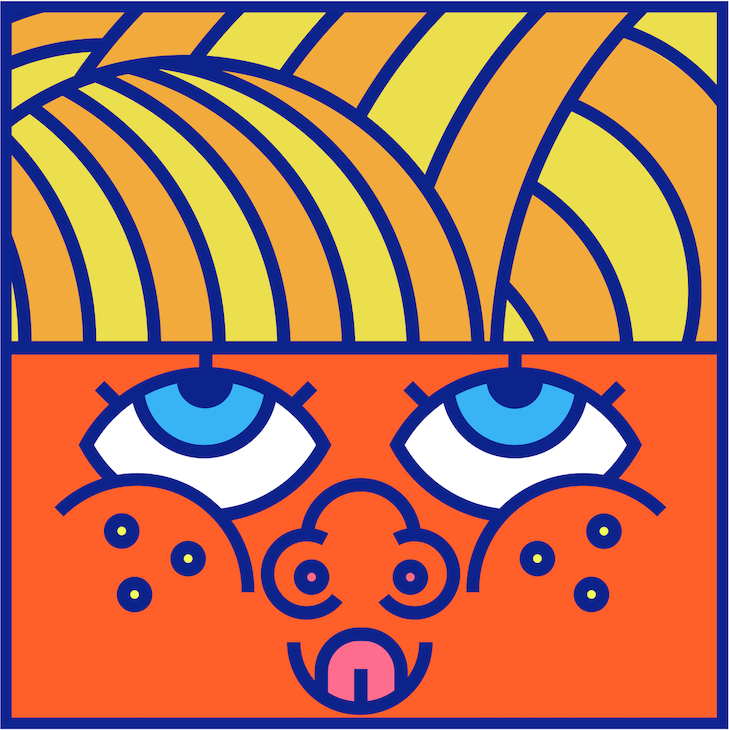 What’s the most difficult part of founding and running a studio?
Changing my then mindset from “working for myself” to “working as a company” has been a bit of a challenge. But it’s been a good learning curve.
Yay Abe’s design and illustration work is always playful and filled with colour. Can you describe your process in this regard?
Yeah, that’s definitely something I want us to be known for. It’s an extension of my personality. The process is pretty linear most times but always fun. I try to keep it like that. So, when getting a brief I usually get approached to create some “exciting/fun/playful” illustrations. I then start sketching and playing around with ideas. I always try to enjoy this process. The minute I’m enjoying the initial phase, I know that the rest of the project will be great to work on. 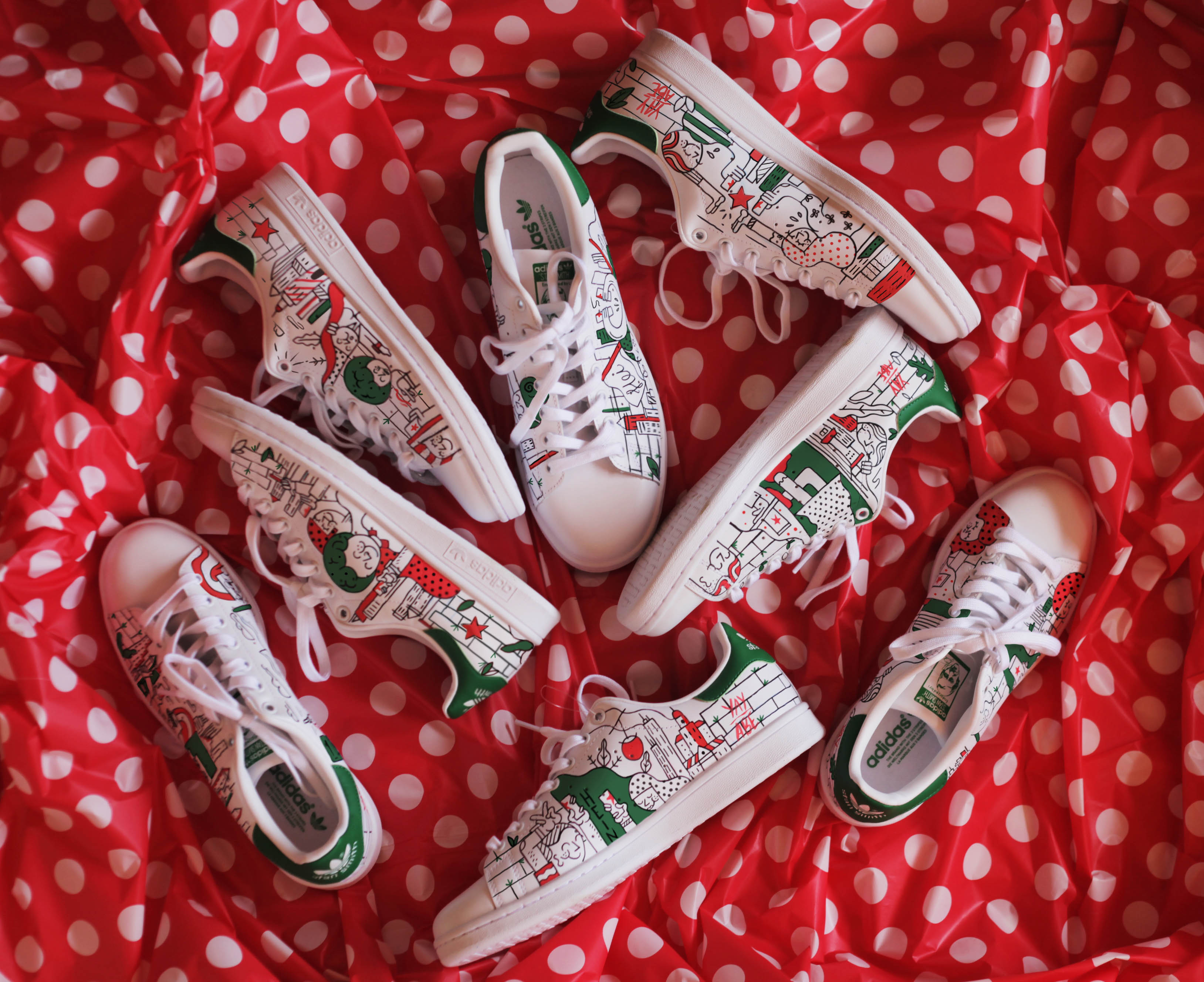 Lastly, what is it about Yay Abe that excites you and keeps you motivated?
What keeps me motivated is the idea of one day running an illustration studio and being able to provide opportunities to more people of colour within the illustration industry. I’m pretty obsessed with this goal right now and I’m going to reach it soon. It’s also just exciting to move from a solo illustrator to one day sharing/managing a room with talented people under Yay Abe. Long term, I really want Yay Abe to become a prominent voice within the illustration scene.

This was back when I just started popping into the scene. I entered the Pharrell x Woolworths sustainable t-shirt competition after a friend advised me to give it a shot. After being selected by Pharrell along with four other lucky winners it was quite an amazing experience to see my design being sold in Woolworths stores nationwide. The plus side of this project was getting to meet and greet the legend himself. 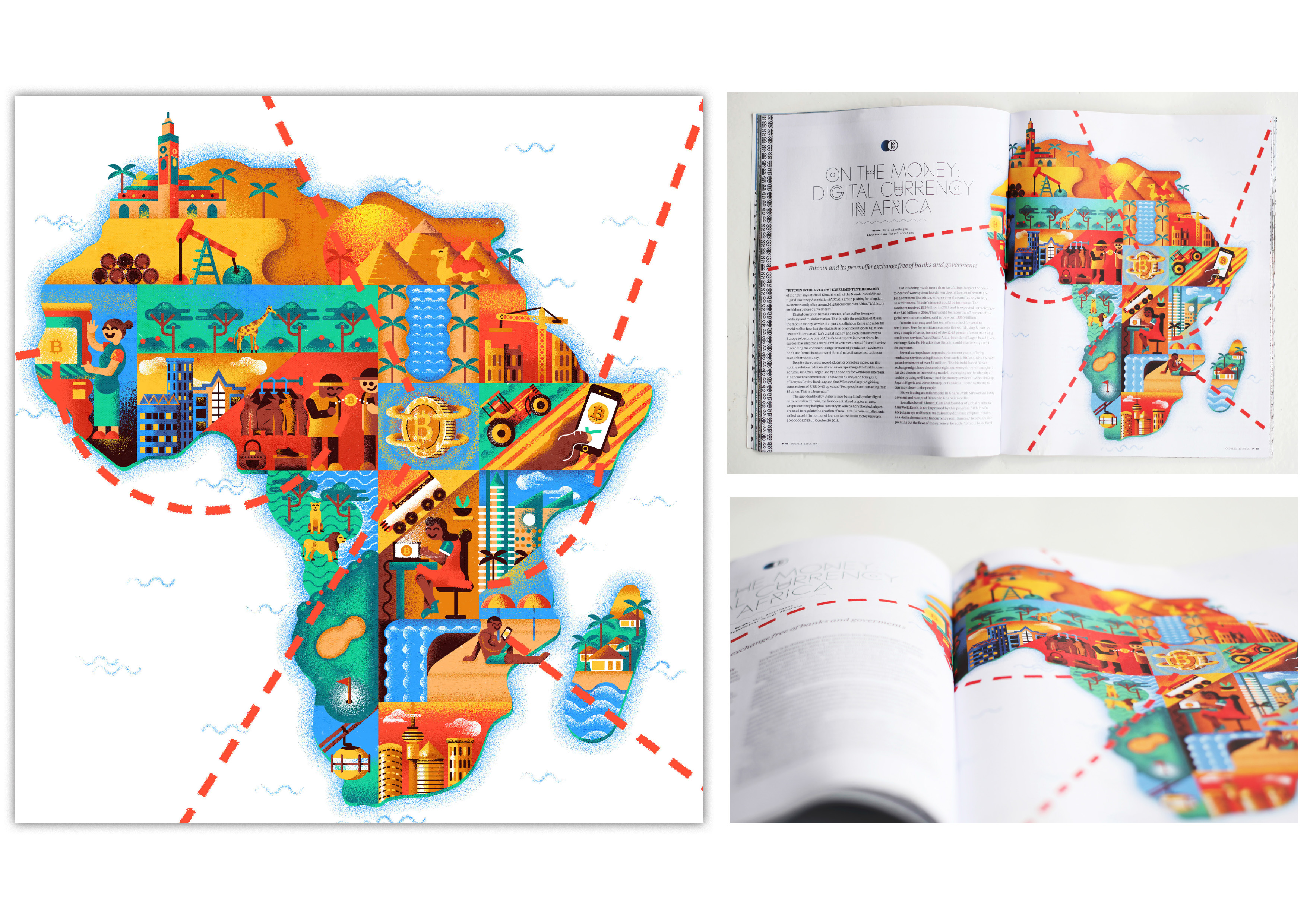 This was the first editorial project I had the opportunity to work on. I remember tweeting about hoping to land an editorial gig and pretty much a month later I landed this one. The article was on the growing use of Bitcoin in Africa. The task was to illustrate how bitcoin moves across the continent. I chose to create a very vibrant scene and create a cool little illustrative map. Illustrative maps were all the rage back in 2015, lol. I definitely had fun during this process. 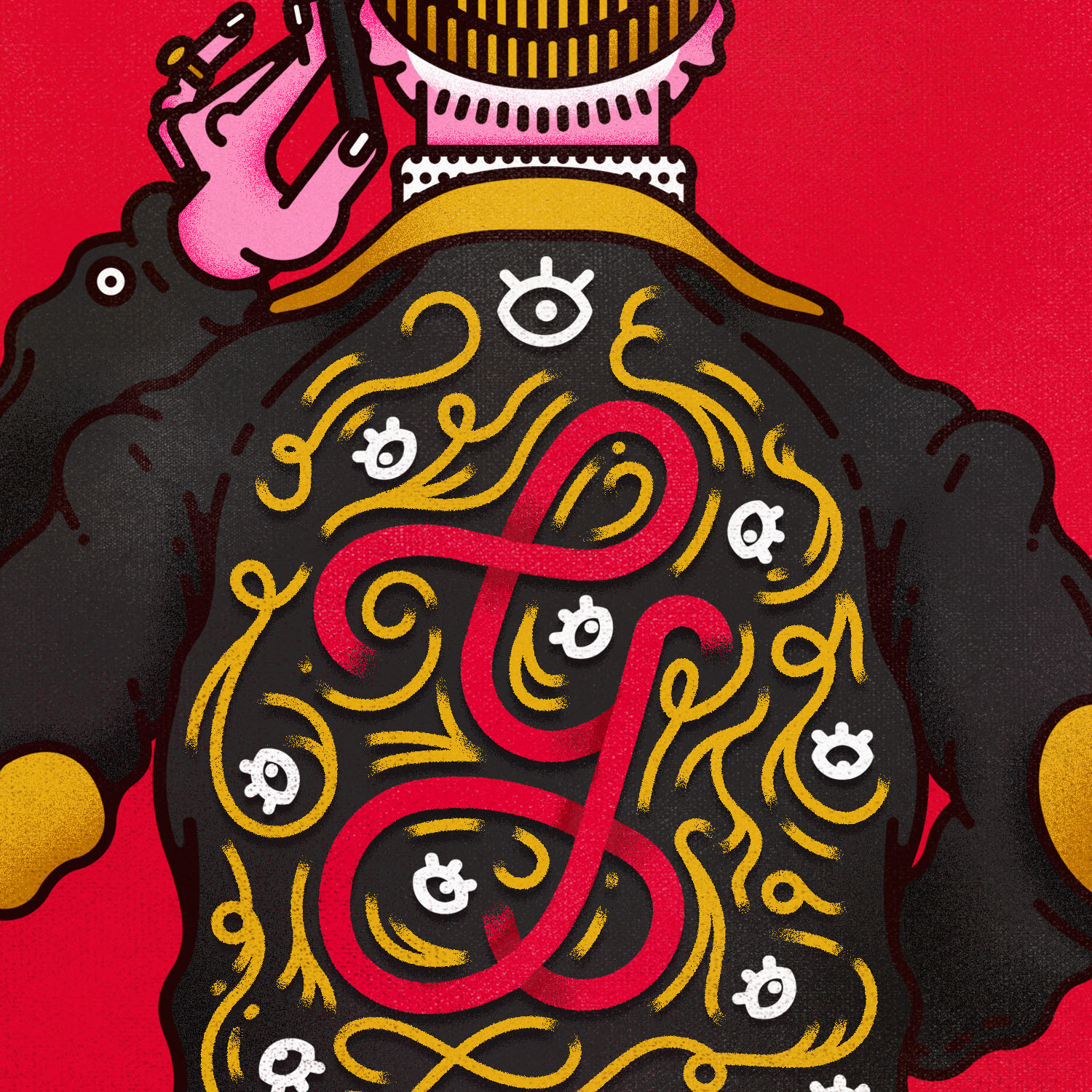 Last year the 10and5 team gave me with the opportunity to take part in a really fun illustrative alphabet project. I was lucky enough to get the letter G. This piece then landed on the cover of Mail & Guardian’s Friday cover. It was such a surreal experience as I created the illustration for a specific reason and it ended up being reused for something completely different. It was a great surprise and the best part of it all was the natural process it went through. 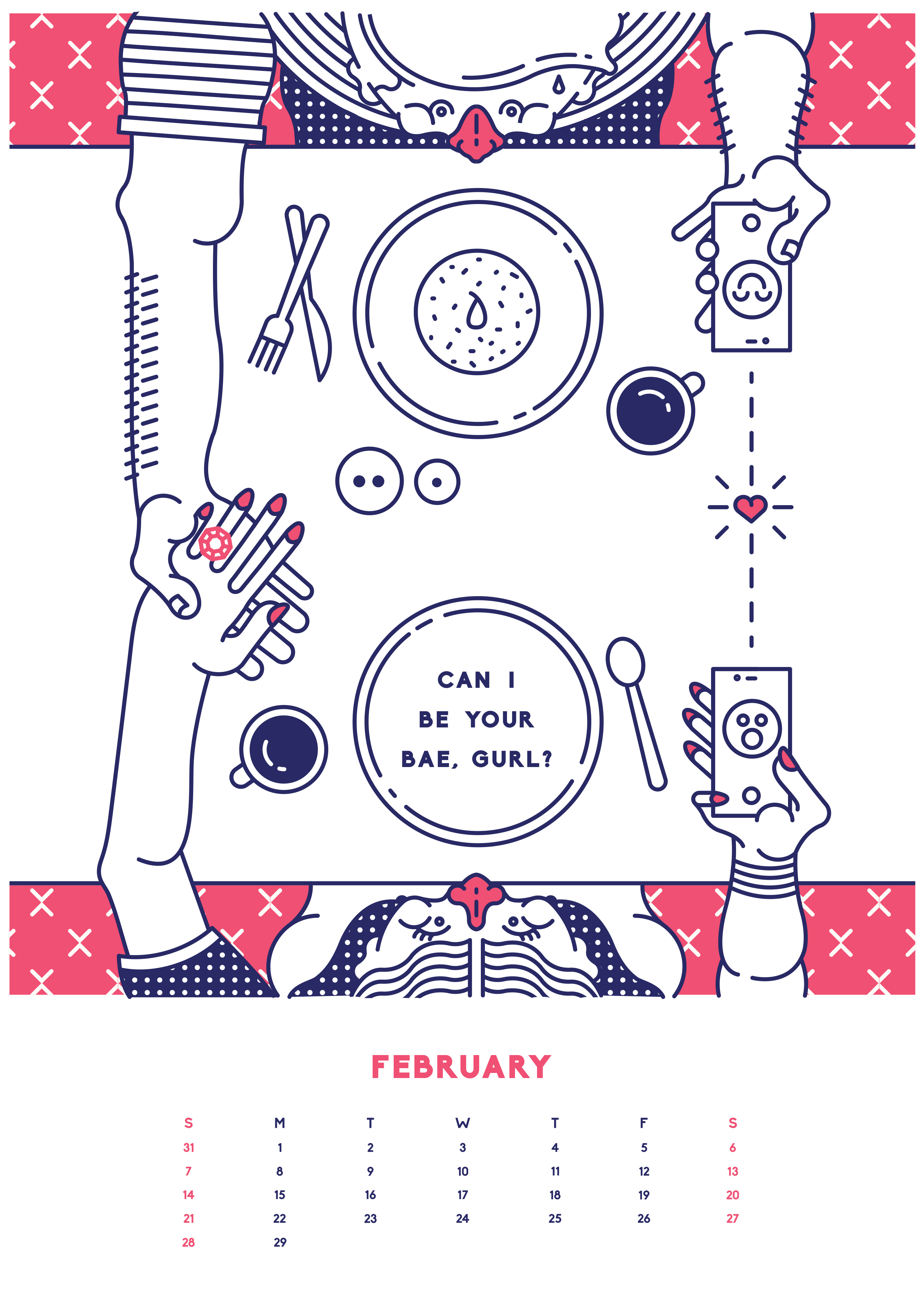 I was featured in the 2016 Essie Letterpress calendar last year. It was a great project to be a part of seeing that most of the legends I look up to were featured in this project in previous years. I was tasked to create an illustration for the month of February. I took the playful root (obviously) and decided to depict a valentines date where we see a proposal taking place. At this time “BAE” was the hot word so I decided to create a play-on-words with BAE and BAGEL. Get it? 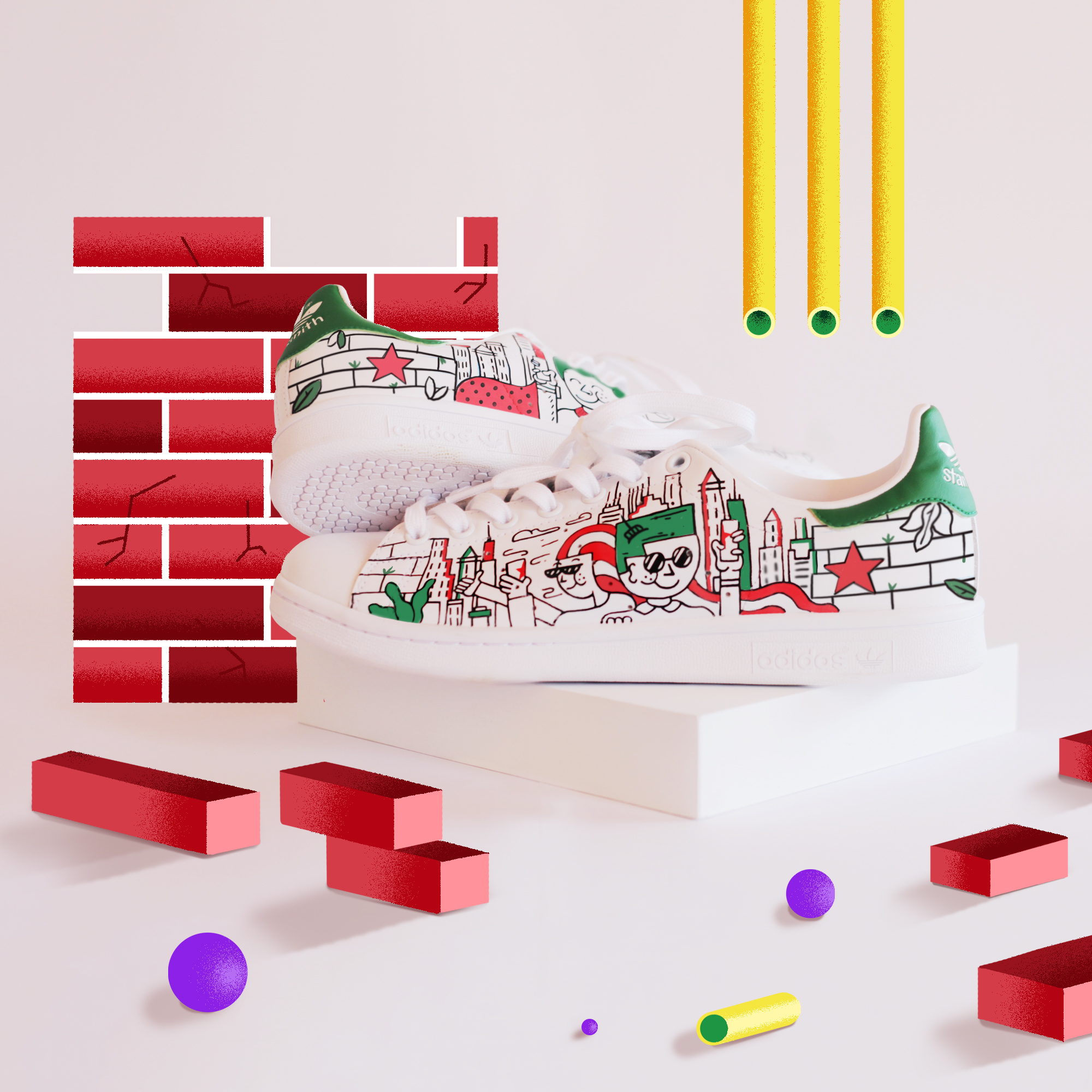 This was the first project created under Yay Abe. I was asked by M&C Saatchi Abel to be a part of this really great campaign. The brief was to illustrate onto sneakers. How could I say no. I already knew at this point that I was starting Yay Abe in the coming months, so I decided to brand each sneaker with the logo. It definitely was an amazing first project for Yay Abe, showcasing our passion for streetwear, pop culture and illustration. 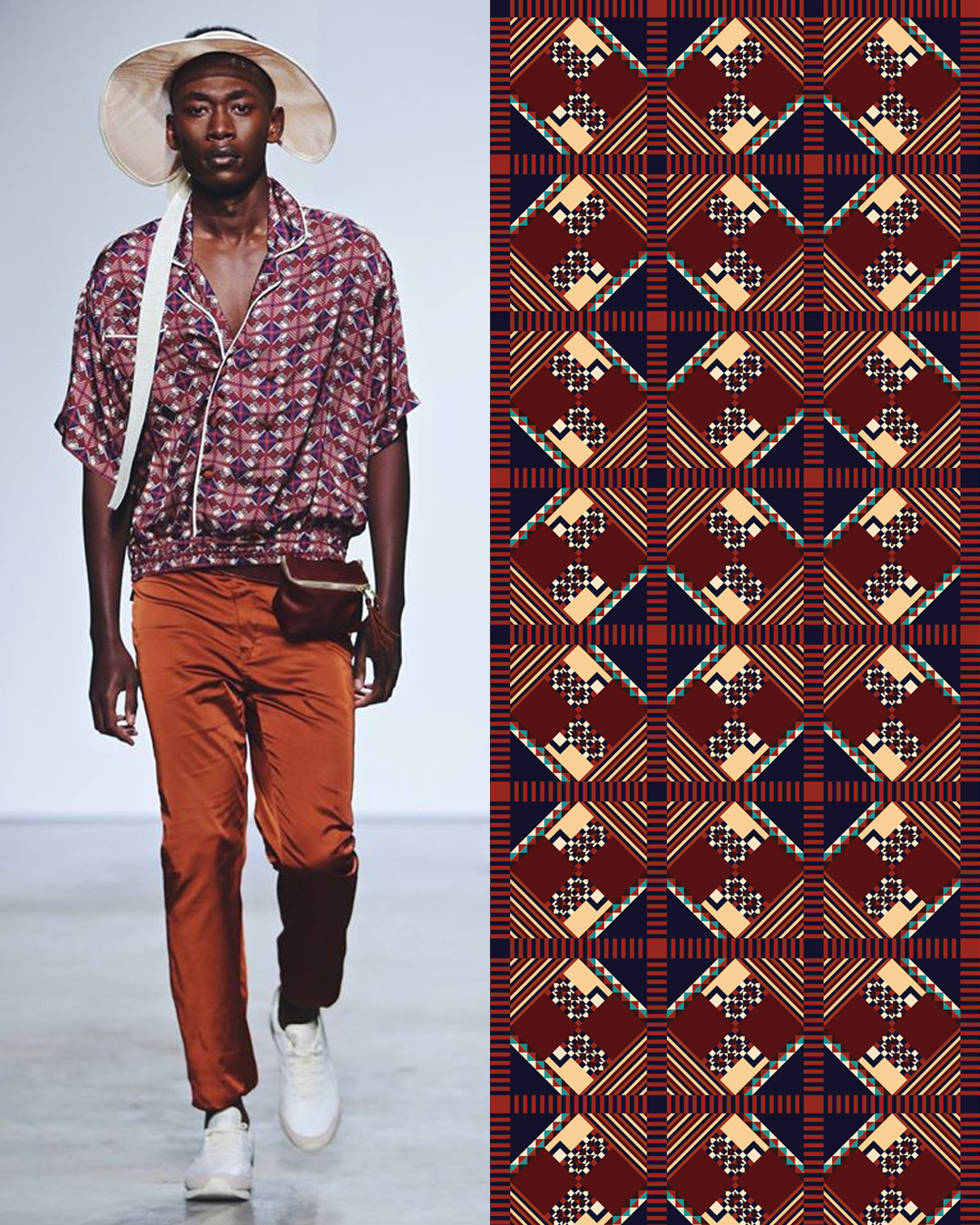 This was definitely one of the best projects of 2016. We helped Lukhanyo translate his beautiful patterns digitally and watched him create magic as he creating an entire collection out of them. This project taught me the importance of collaboration which is definitely something I’m looking to work into Yay Abe in the coming months. 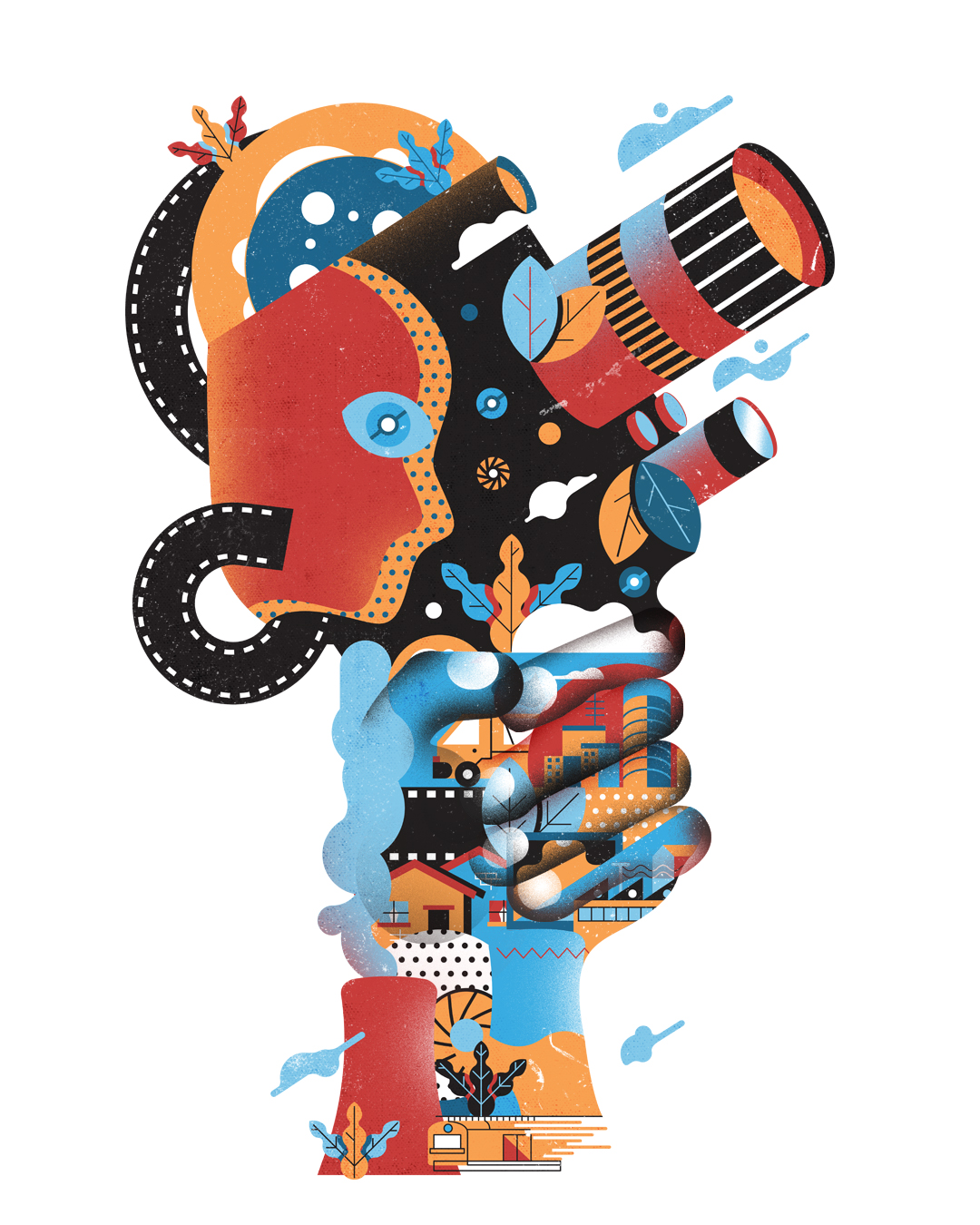 So, between trying to survive and trying to start a new studio I was afforded the opportunity to freelance with the amazing team over at Made Agency. They let me work on the above pictured illustration which they then applied in various ways. The aim was to create a key visual for the Redbull Amaphiko Film Festival which took place in Soweto. I decided to create a visual which consisted on many smaller illustrations which created their own little scenarios once zooming in. My time over at Made definitely inspired me to take Yay Abe seriously. 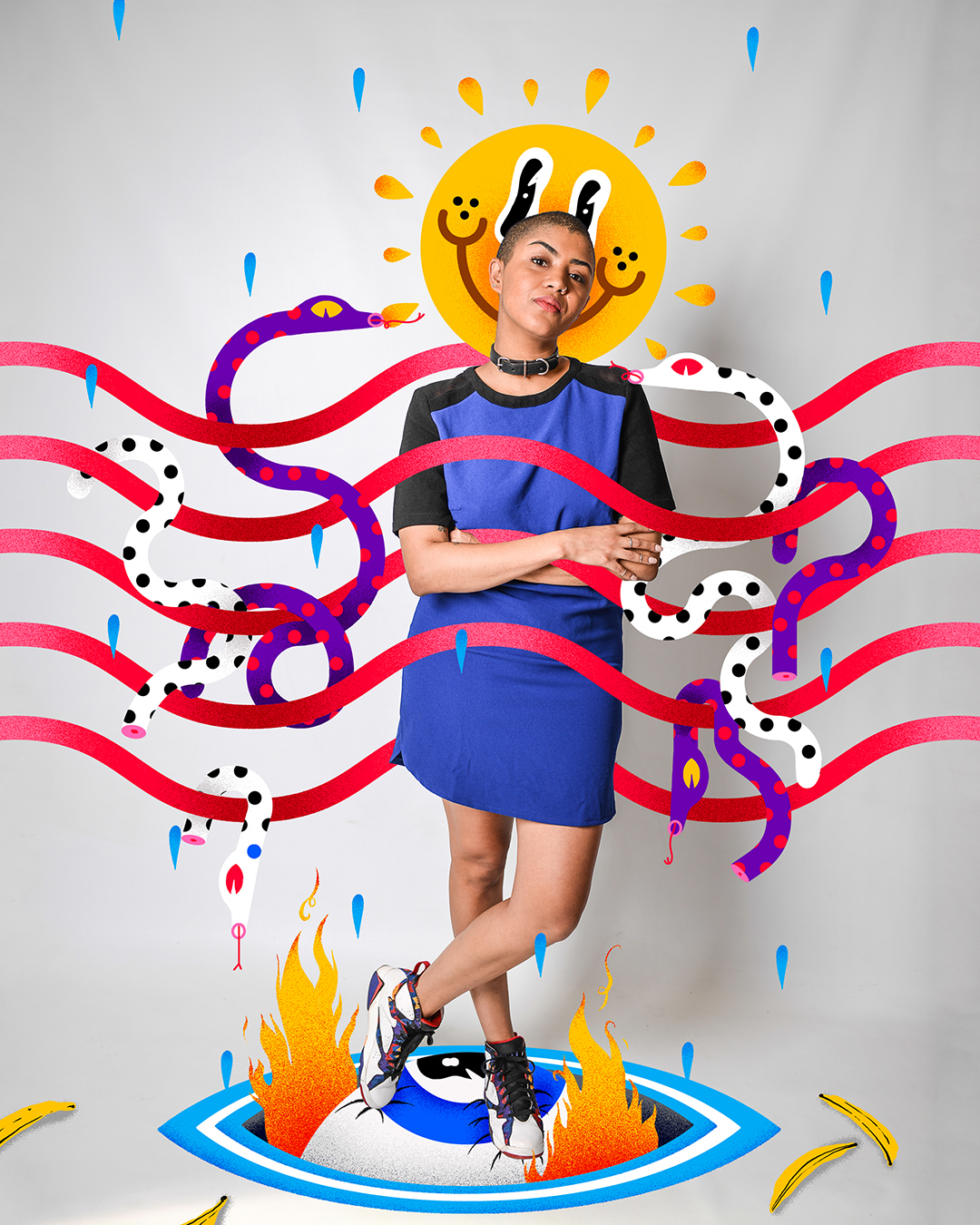 Anthony Bila of The Uncultured Club approached us to collaborate with them on a pretty cool project featuring Manthe Ribane and Lady Skollie. They supplied us with images and we had 100% creative freedom to illustrate over these portraits. The idea for me was to really showcase what Yay Abe is all about. I feel these turned out great and this project is definitely one of our portfolio highlights. Again, collaboration is so important to us. 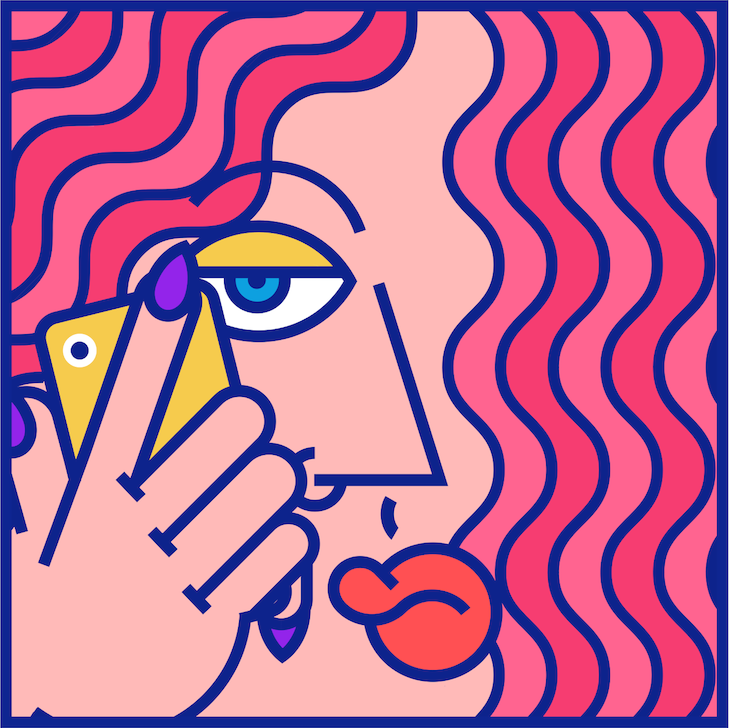 We were approached by Jameson to create some fun illustrations for a featured article on their blog. It was centred around our internet search history and these images are the results of that. It was definitely a fun project to work on. The nature of a lot of our work is pretty playful and I think that’s great. We’re definitely enjoying every moment of it.
—