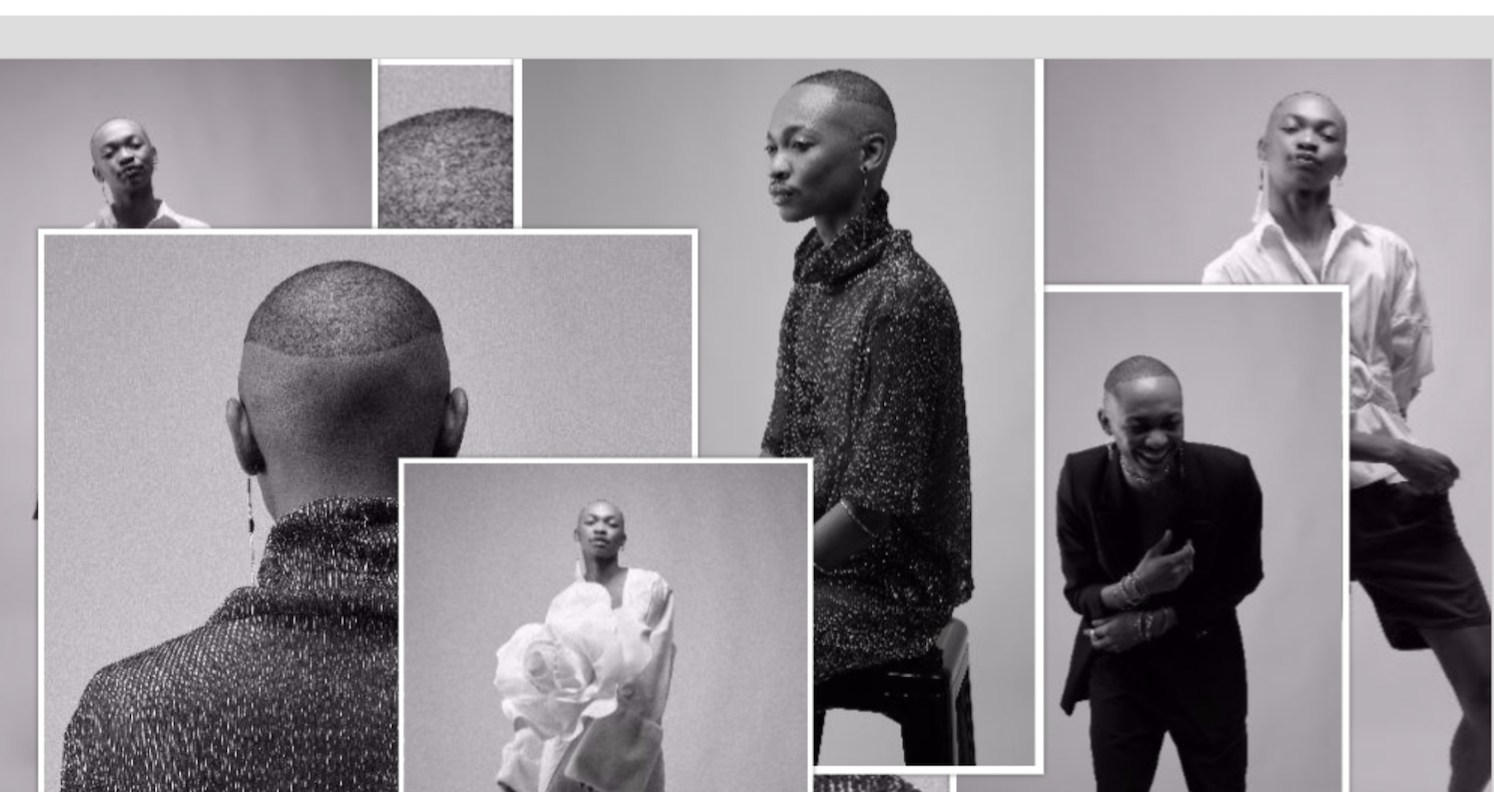 Posted at 11:07h in Music by Stefanie Jason
0 Likes

“I want to create music that matters, and music that speaks to being an outsider – something I’ve always felt I am in many ways,” says Joburg-based M(x)Blouse. Born in Melmoth, KwaZulu-Natal, and raised partly in eSikhawini township, Richards Bay, M(x)Blouse speaks of suppressing, since adolescence, an innate desire to create music.

“Growing up, I’ve always wanted to be a rapper but I’ve never felt quite comfortable in that space because it’s overtly masculine. And I’m quite obviously not. Never have been. I’m non-binary and I’m a rapper, for one, and that in itself immediately makes me a kind of outsider as far as hip-hop is concerned.

“I never felt like there was space there for me as someone who is neither cis or hetero. That’s one of the main reasons why, at almost 30, it’s taken me so long to decide ‘fuck it’.”

After holding back on their musical expression for decades, recent years have seen the artist come out of their shell with a series of performances, and last year hitting the booth with various South African producers. Today the emcee drops their anticipated EP, titled Believe in Bloom.

To celebrate the release, M(x)Blouse shares the first listen and look with 10and5, and talks to us about the new album. Check it out below. 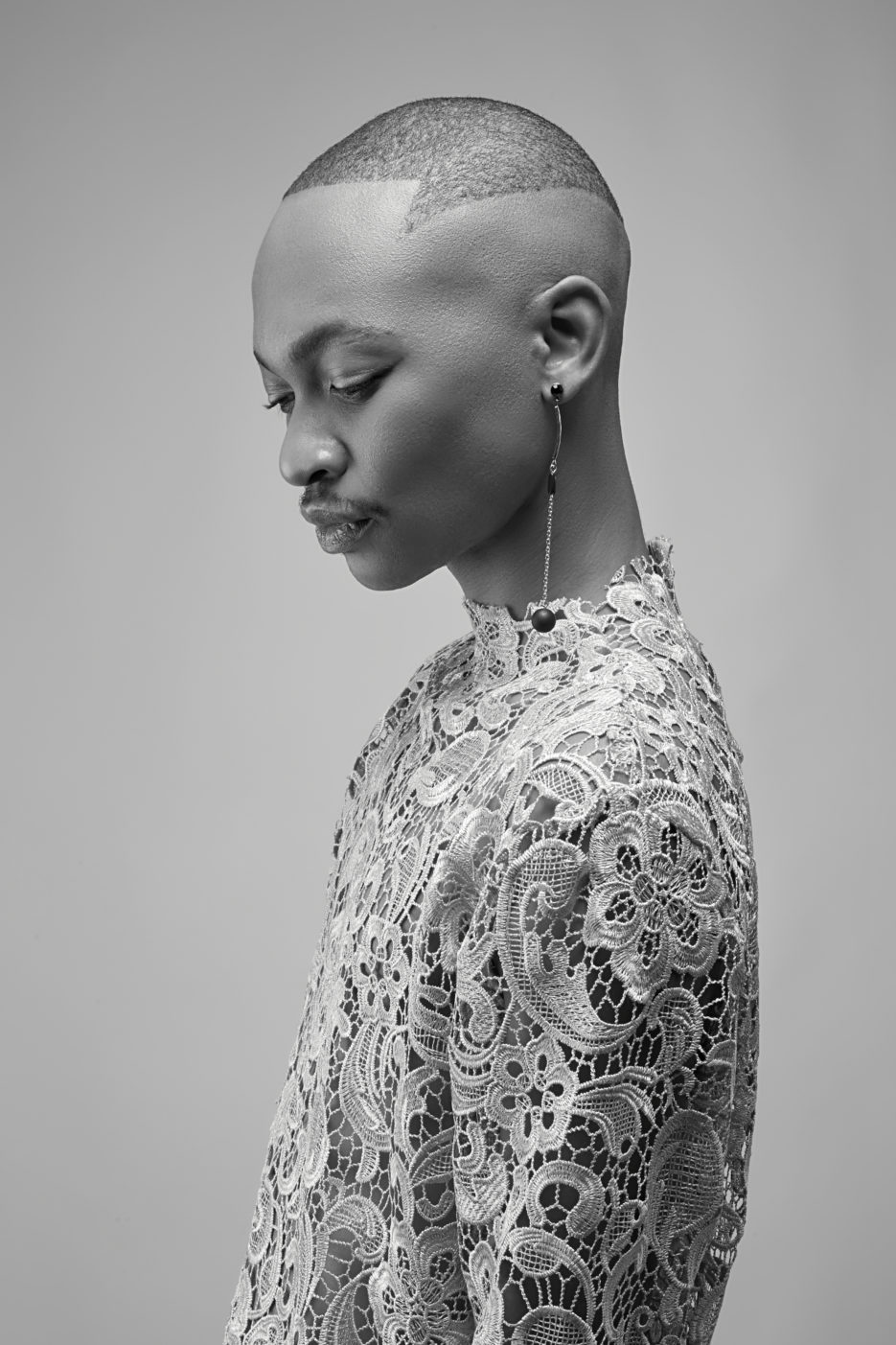 I have no idea, to be quite honest, but I do know what it is I am aiming for. I have a very eclectic taste in music, and I find myself trying to fuse as much of the influences I get from what I listen to as possible. I’ve been getting into a lot of electronic music lately, and I am very keen to incorporate that into my sound, but also having been hugely influenced by 90s hip hop, I want that to come through quite clearly, which I hope it does.

Why the title ‘Believe the Bloom’?

The journey to getting off my ass and actually making music has been one filled with a lot of personal insecurities, but I’ve also faced a lot of rejection. I think maybe “mockery” is a strong word, but I don’t know how else to put into words the feeling of being “dissed”, so to speak. There are people who’ve laughed in my face when I said I can rap. With some people I’ve tried to work with, we’ve just never been able to make the time, and others said they wouldn’t want to work with someone who is openly gay. 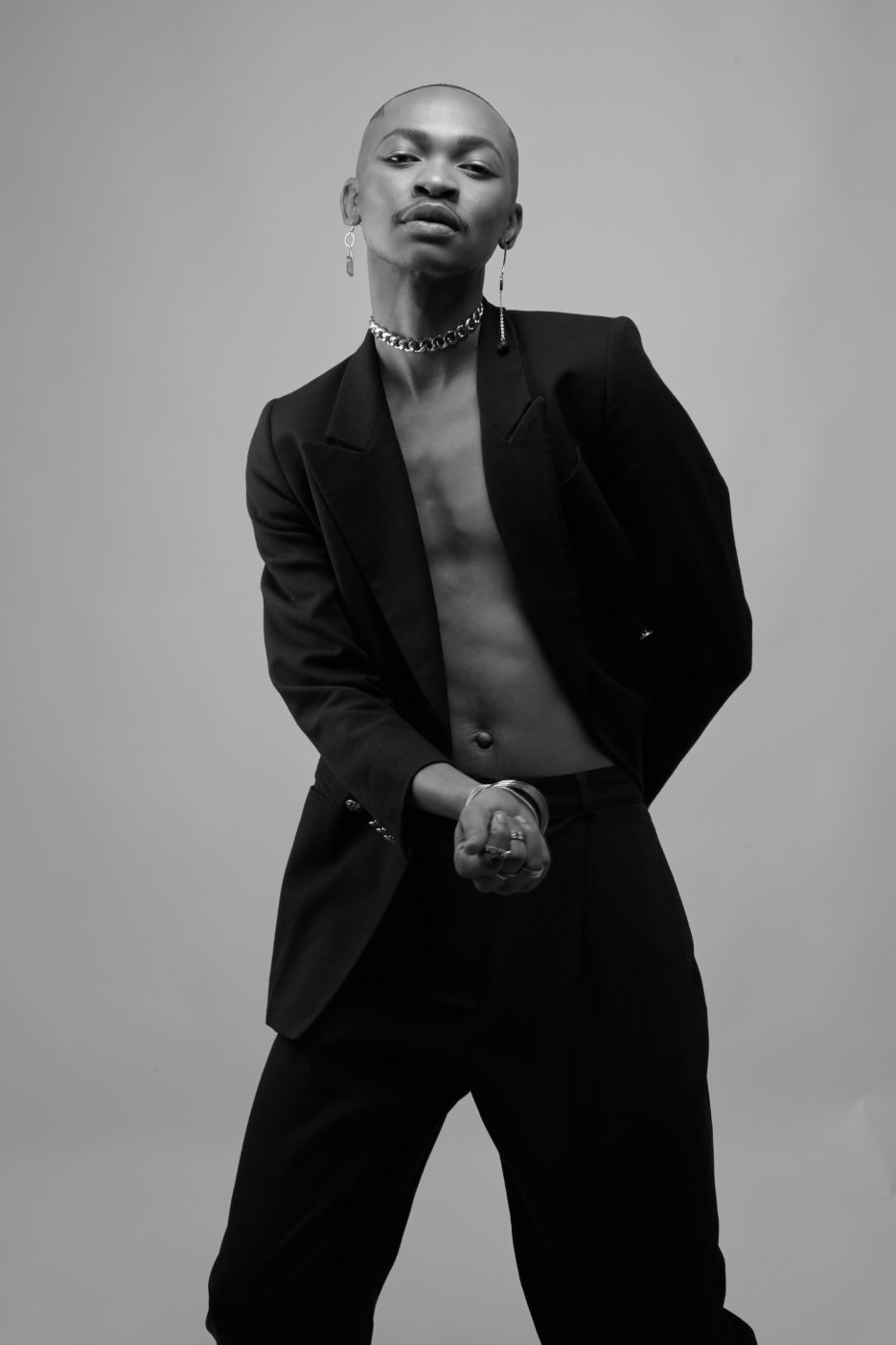 So, I kind of got to a place where I felt like no one actually believes I can do this. I’m equating this journey to planting a seed that no one believes would grow, but now I’m here saying, here’s the harvest. Believe it! (I must mention though, that the title literally came to me during the [EP photo]shoot with Bee Diamondhead and Aart Verrips. I kept insisting to Bee that whatever concept she comes up with, I want to wear that flower belt I saw in Rich Mnisi’s show. When I wore it, and the images were so beautiful, that’s when the penny dropped.)

I’ve been writing poetry and rhymes ever since I can recall. Sometimes they come to me while I’m in a bus going home, or in a Uber going to the jol. 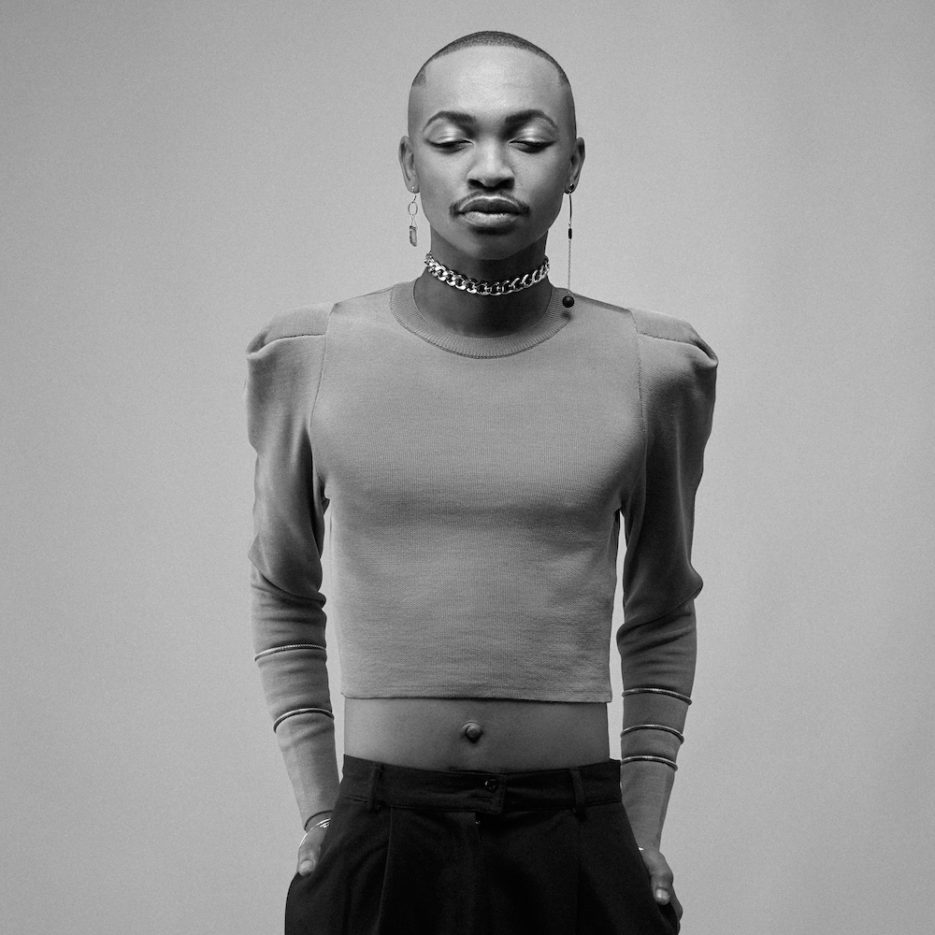 Could you please share the story behind your moniker ‘MxBlouse’?

My professional background is journalism, and fashion writing specifically. There was a time in my life when I was only buying and wearing women’s blouses. A friend of mine started calling me “Blouse” and it stuck! Before I knew it I was Sandiblouse, and I actually quite like the nickname, so I stuck with it. For my stage persona, I used Mr Blouse for a long time, until recently when I decided it’s important for me to represent my non-binary community, by reinforcing the fact that, hey, I am queer, and non-binary and I’m a rapper. We exist. Acknowledge us. 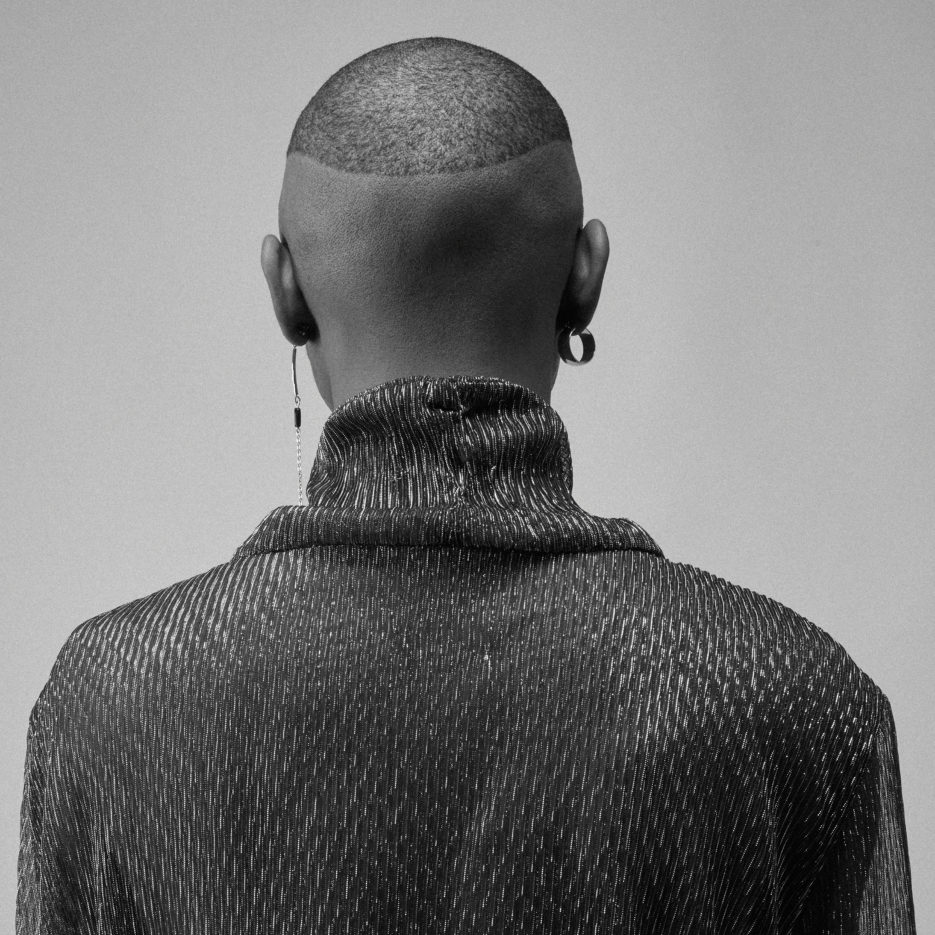 Was the EP a collaborative project?

With Joni, he makes beats and sends them to me, and every single time, the words just come pouring out of me. It’s like magic, I don’t even know how to explain it. I started working with him after being rejected by a few people, actually, and I was very lucky that he believed in what I was doing. Thor, I just love, and I had no idea how to ask him to work with me, so I was very lucky that he suggested it (hahaha). With that track in particular, he and Alex laid down the foundation of the track, I started rapping and Thor kept adding layers. I had to work on the hook a few times. He had to drill it out of me. It was frustrating and incredibly rewarding to be pushed to get out of the “I don’t know how to do hooks” mindset. I’m glad he did it. 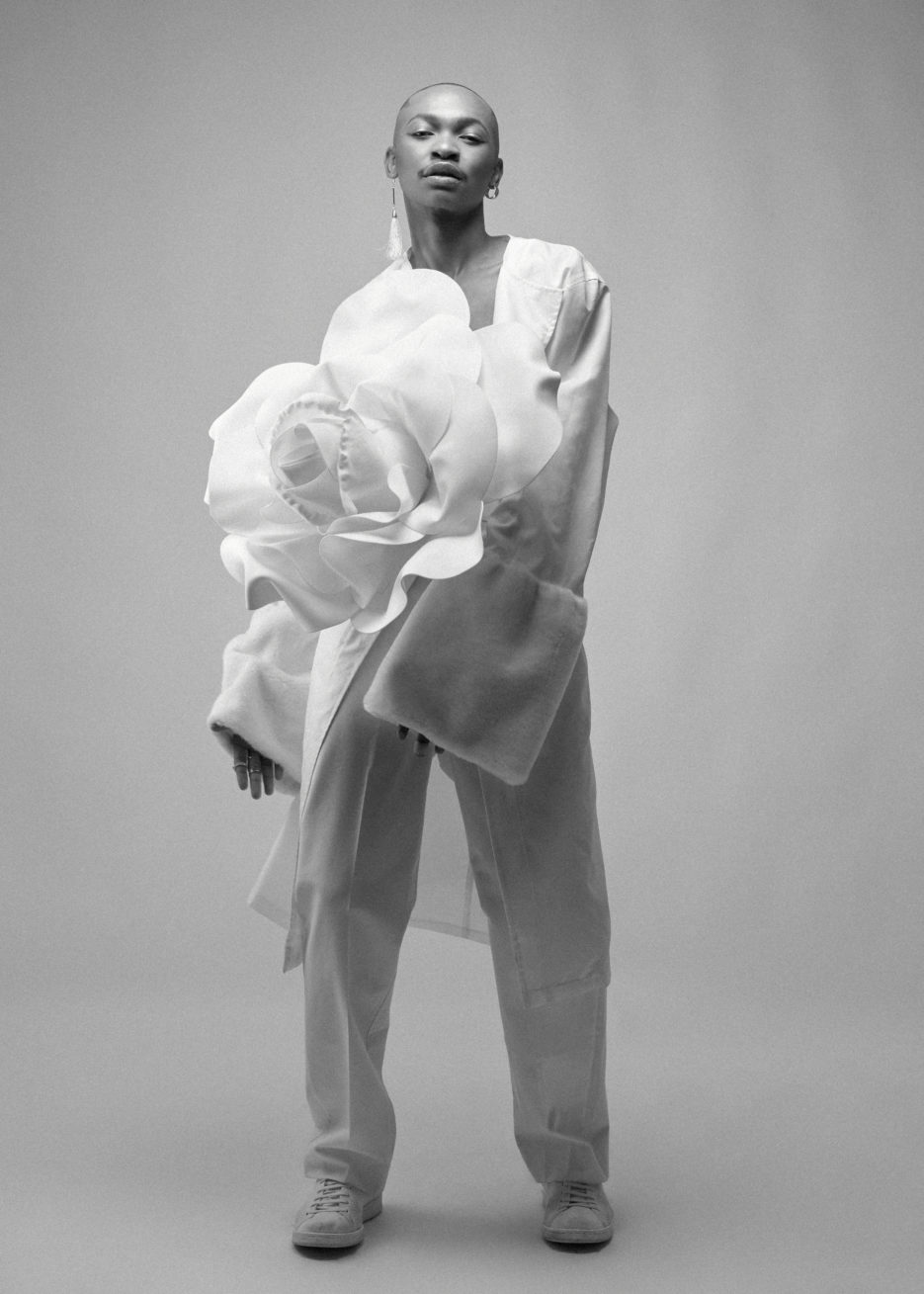 The word ‘Bloom’ evokes adjectives like “summery”, “floral” et cetera. So I was quite surprised to hear a boom bap-ish, synthed-out and deliciously dark EP that you’ve debuted. Was this contrast intentional?

Once I decided on the title, I also grappled with this idea, but I decided it was a great contrast that, in a way, reflects my journey. It hasn’t been easy. It’s been very dark at times, but the promise of a good harvest is keeping me going.

Rap has come a long way since hyper-masculine rappers were the face of it. Yet the scene – like many other industries – is still rampant with trans/homophobia, misogyny/misogynoir et cetera. How do you think your visual and verbal/vocal representation affects hip hop?

I hope it at least sparks a conversation, or at least changes perceptions. I know how I present might turn some people off, but with music, one always hopes that’s what prevails at the end of the day. I would like for people to engage with the music without me having to change who I am, but I would also like for queer people to rid themselves of the stereotypes that exist within our own community. When you say you are non-binary, even some LGBTQIA folk look at you like you are crazy, so if how I present, in some sort of way contributes to a better understanding of the complexities and nuances of gender and sexuality, I’d be very happy with that. This is something I address in the opening lines of Only Words Are Perfect, and in the second verse of I Got Game. 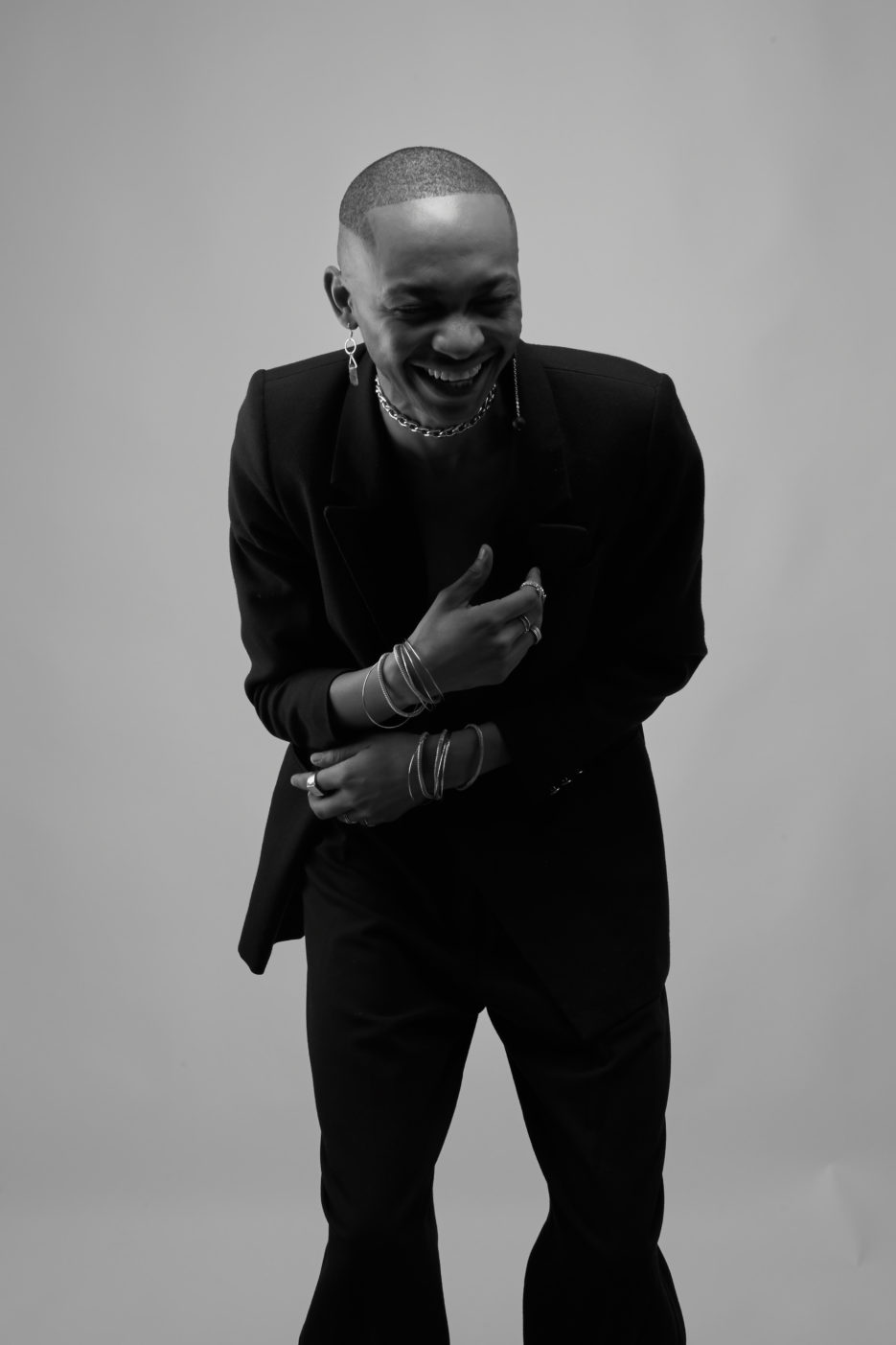 In your opinion how inclusive do you think the hip hop industry is, especially in South Africa?

I don’t think it is at all. It’s been great seeing female eMCees breaking into the mainstream in the last two to three years, but I think we still have a long way to go. I’ve got to S/O the likes of Dope Saint Jude, and it’s unfortunate that we’ve not seen a rapper who is not cisgendered and male taking awards, or really dominating the scene. I refuse to believe that that is from a lack of talent or trying.

Listen to the EP or check out the M(x)Blouse site: