Posted at 12:44h in Featured, Illustration by Dave Mann
0 Likes

It’s often the case that where mediums such as writing, film, or photography fail to accurately represent the seemingly intangible issues we grapple with, illustration succeeds. Illustrator and art director Nosipho Nxele has taken on the task of visually representing issues such as mental illness, religion, and meditation through her simple and engaging illustration work.

We got in touch with the artist as part of Graphic Art Month to find out more about her history with illustration, her specific approach to the medium, and how she goes about visualising pertinent topics such as depressions, anxiety and spirituality. 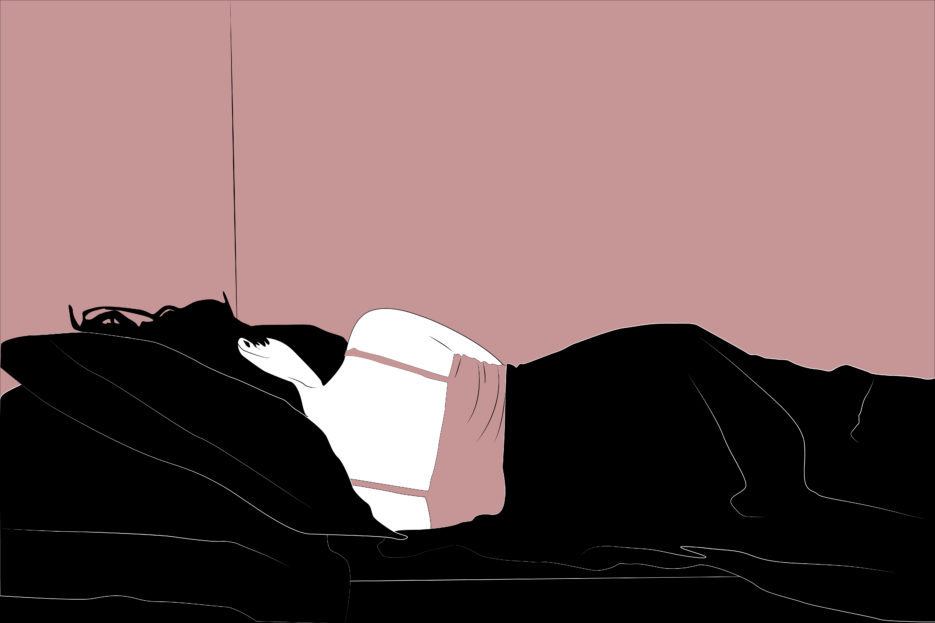 First off, can you tell us a bit about yourself?
I am a young, self-taught female illustrator and art director. I have a great passion for women empowerment and breaking stereotypes carved on women by society. I began exploring illustration three years back, I started by pencil drawing a lot of weird things that only I could interpret. I was raised by religious values, but I have always been very opinionated towards everything. My work is mostly expressionism, mental illness, religion and other topics that affect women in society.

And what about your history with illustration?
I grew the love for it in the process of figuring out how I could share my stories and opinions with the world, and having studied Philosophy, it seemed perfect to sync my creativity with the fundamental nature of knowledge, reality and existence. So I landed on Surrealist illustration and since then it has been my way of expression. 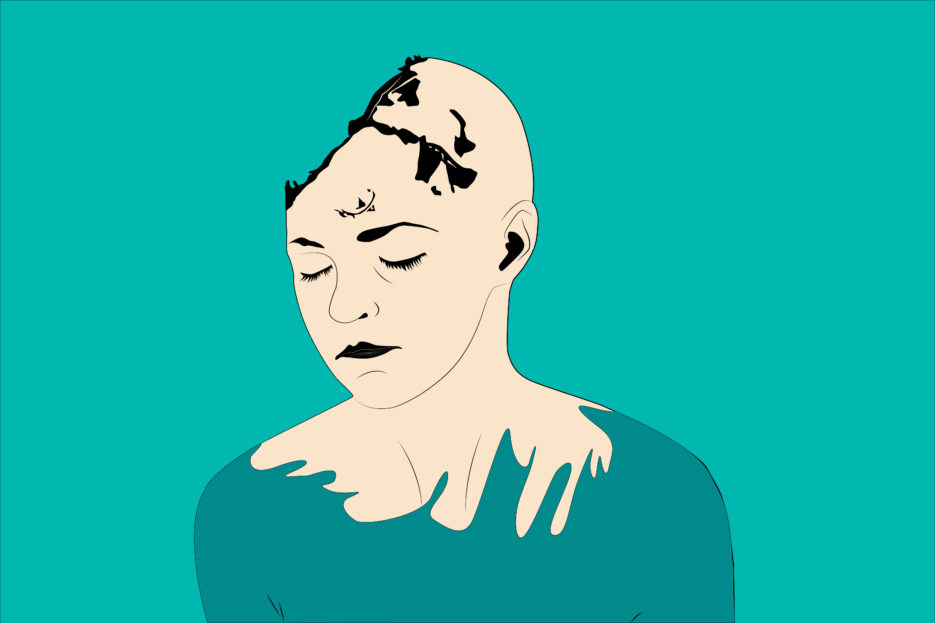 How did the ongoing series on mental illness come about?
In 2016 I suffered from panic attacks and today I still do, caused by long unresolved memories that left me bitter and broken. Being mentally ill is such a taboo, and it’s not taken very seriously especially in our black community. I was brought up in a strong Christian background, there was no time to attend to “demonic” things such as mental illness. In our community it’s either you are ‘crazy’ or ‘demonic’, there is no in between.

Growing up I never shared a lot, I kept everything in, for a reason. My mom said I was a special child, now I believe it. One thing I learnt about being mentally ill is that you become less of yourself and more of what surrounds you.  Your surroundings overpower your personality and you take on other personalities. Its almost like an element of survival to grab on to other personalities. Another element of mental illness that was observed in this series is exposure.

Being exposed to all sorts of negative things such as sexual exposure, and self esteem (feeling the need to change your look, your voice, career, everything about yourself). Mental Squad  is about feminine depression, which illustrates the different stages that a depressed person will go through. All the illustrations portray the feelings and actions of a mentally ill woman. 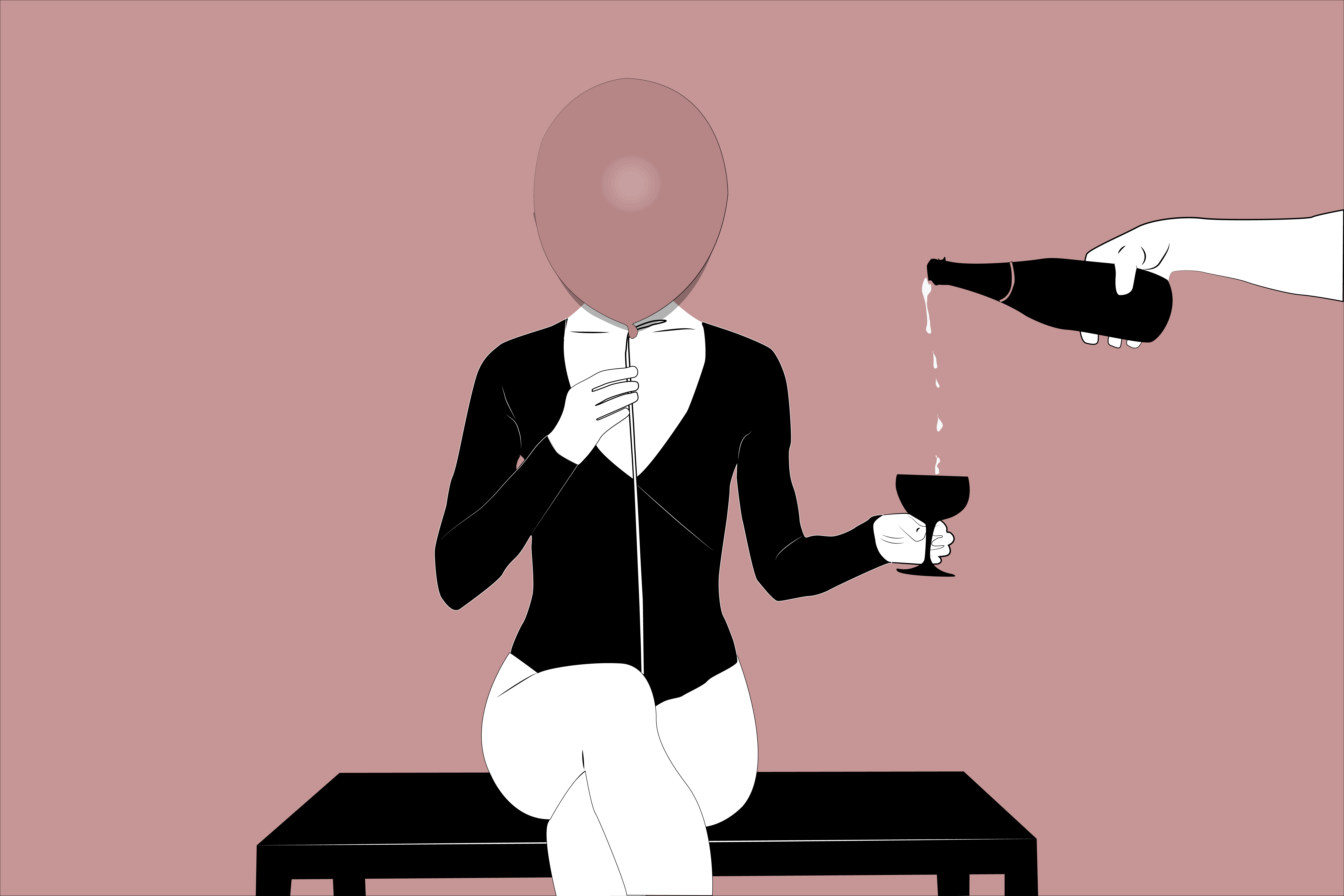 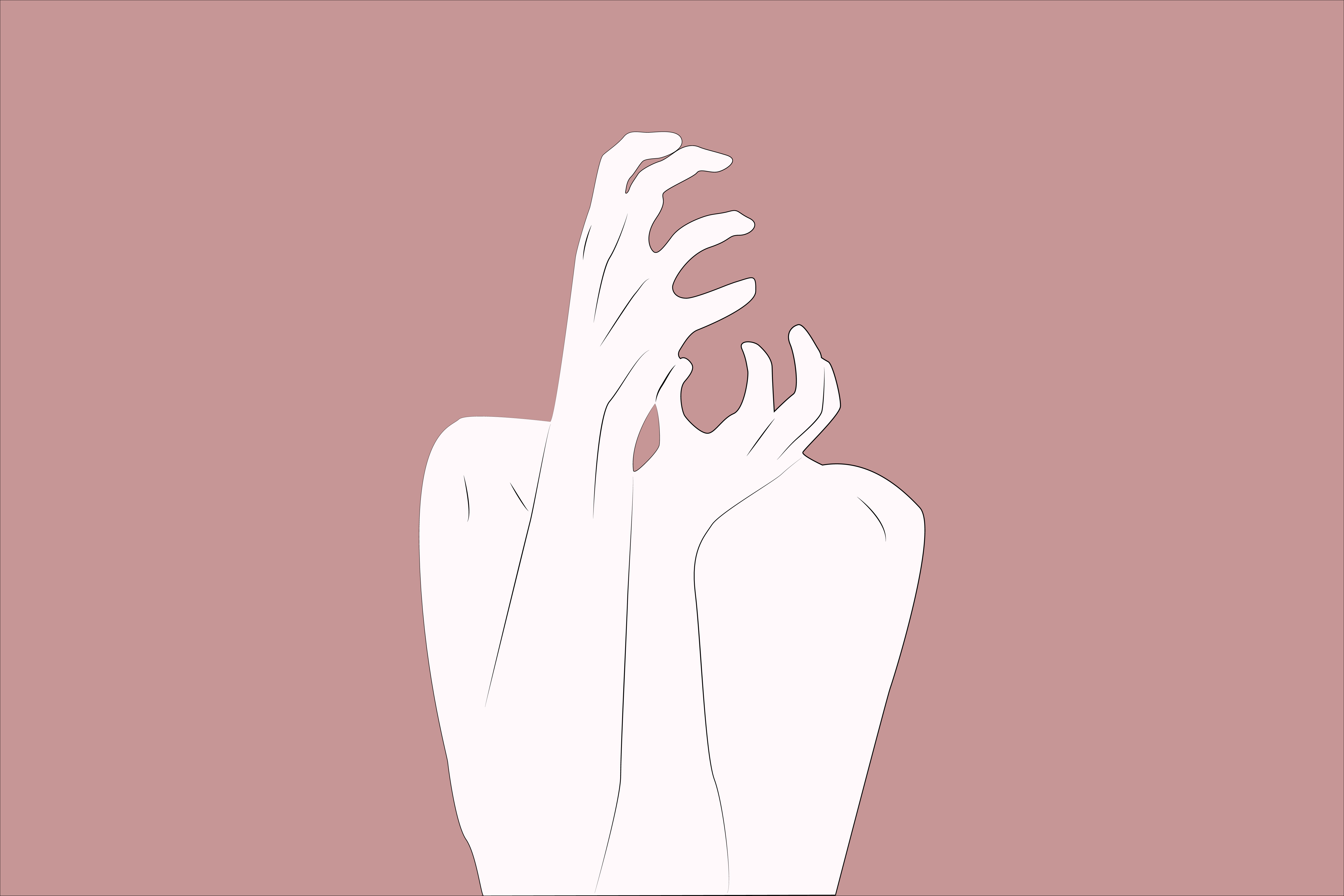 Illustrating something like mental illness can be a challenging task. Can you take us through your process?
There is only one process into crafting anything on mental Illness – you have to be a victim. You have to go through it to truly talk about it. You have to have let it haunt you every night and day to express it. I went through it, the panic attacks, anxiety, the cutting. I learnt that the best work is produced at your worst, so I wrote it down on small papers, trying to deal with the pain that I couldn’t even explain. Not everyone is good at writing, so I started doing what I knew best, drawing. I drew everything, my dreams (nightmares), my feelings and everything I was exposed to during my fall (depression). The process was my source of healing. 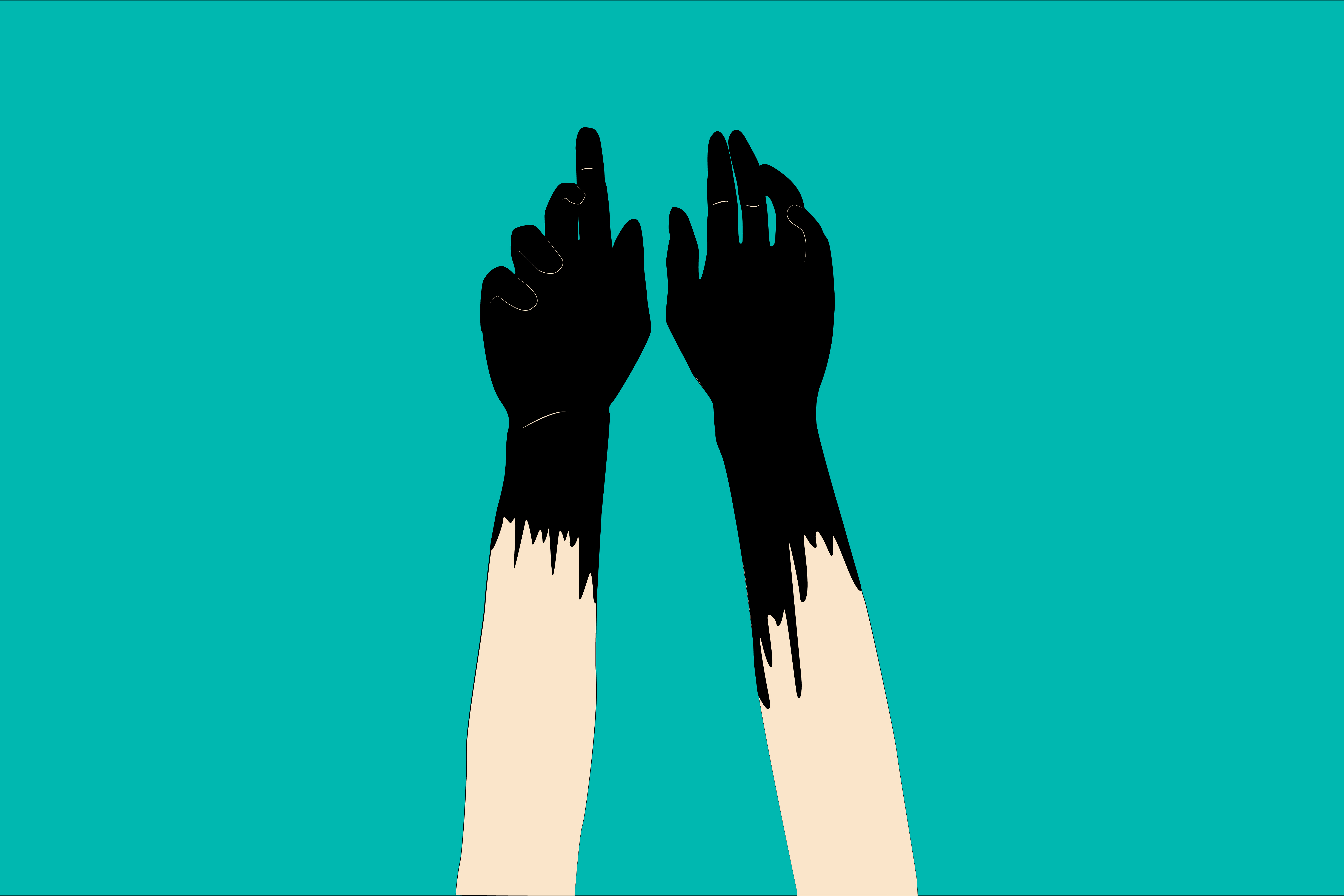 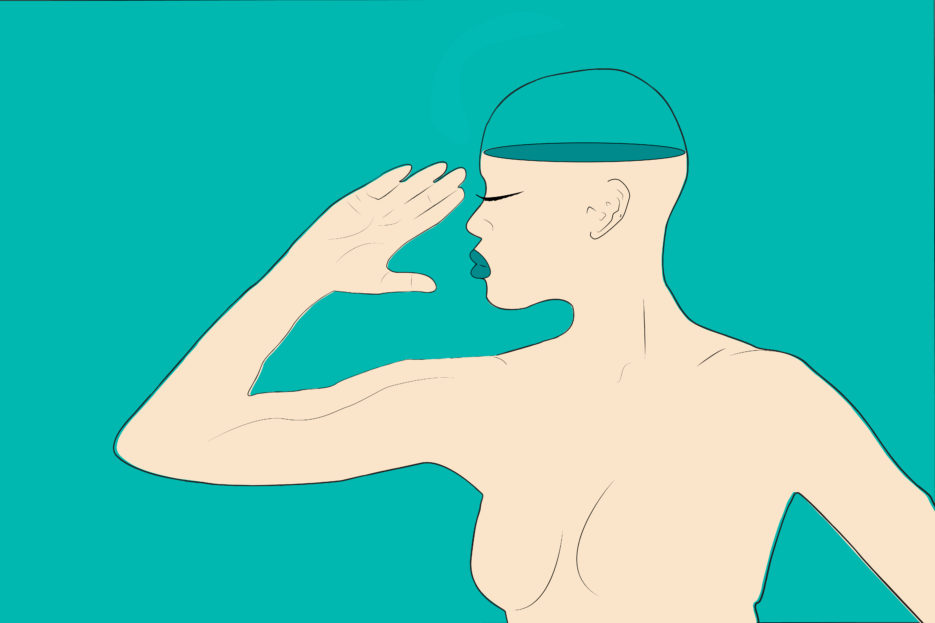 How can something like illustration be used to better represent something like emotion, mental illness, spirituality and other non-tangible things that mediums such as photography or writing cannot?
A lot of mediums have been used to capture emotion and show mental illness but the power of illustration lies in the use of colour, emphasis on line, shape, space and texture. All of these elements are found in illustration to influence the mind, heart and body of the viewer. In that way, illustration does more than please the eye, it also leaves a sense of emotion. But overall, illustration becomes more than just a piece of art. It’s a part of what you are as it considers more than just the beauty but how the receiver feels after experiencing the illustration. Therefore it works best for mental illness, because in this day and age we are not just teaching with our creativity, we are also healing. 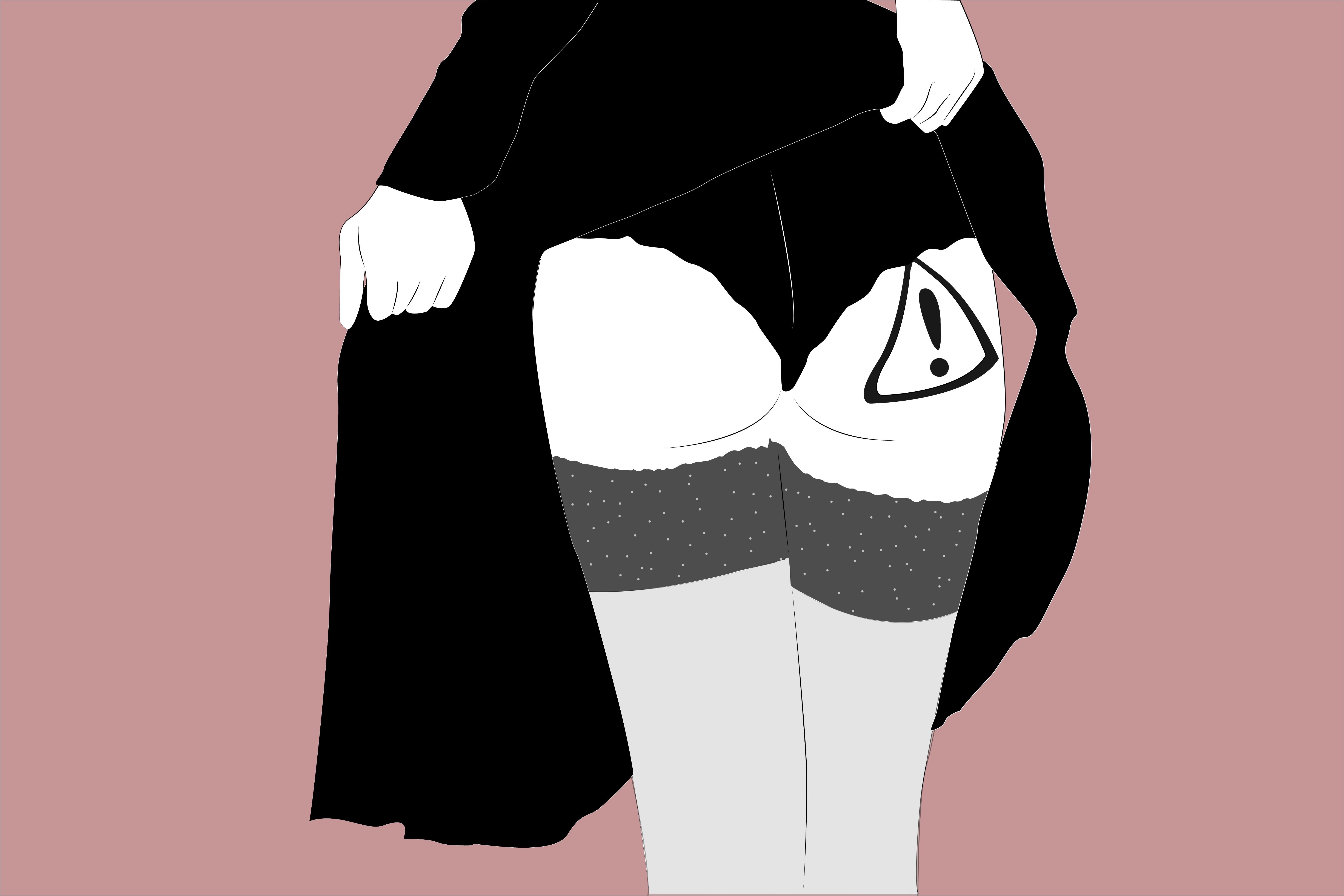 Can you tell us a bit about your use of colour in these works?
The Mental Squad – We often use the language of color to describe our emotions. We talk of being ‘red’ with rage or ‘green’ with envy. But in this series my colours were very specific. The background of pink represents the innocence of a woman, the black is the cloud of depression and the white is the peace one craves while suffering from depression.

Broken Meditation ­– This series was influenced by First Meditation by Rene Decartes. I have often found myself to be mistaken with regard to matters that I formerly thought were certain, such as religion, life, politics, and god. Therefore I resolve to sweep away all the preconceptions, rebuilding my knowledge from the ground up. The use of blue represents the dejection towards all that I thought I was. It also represents meditation, intuition, sensitivity, depth, freedom and imagination during the process of realising that all I have meditated on had been a lie. 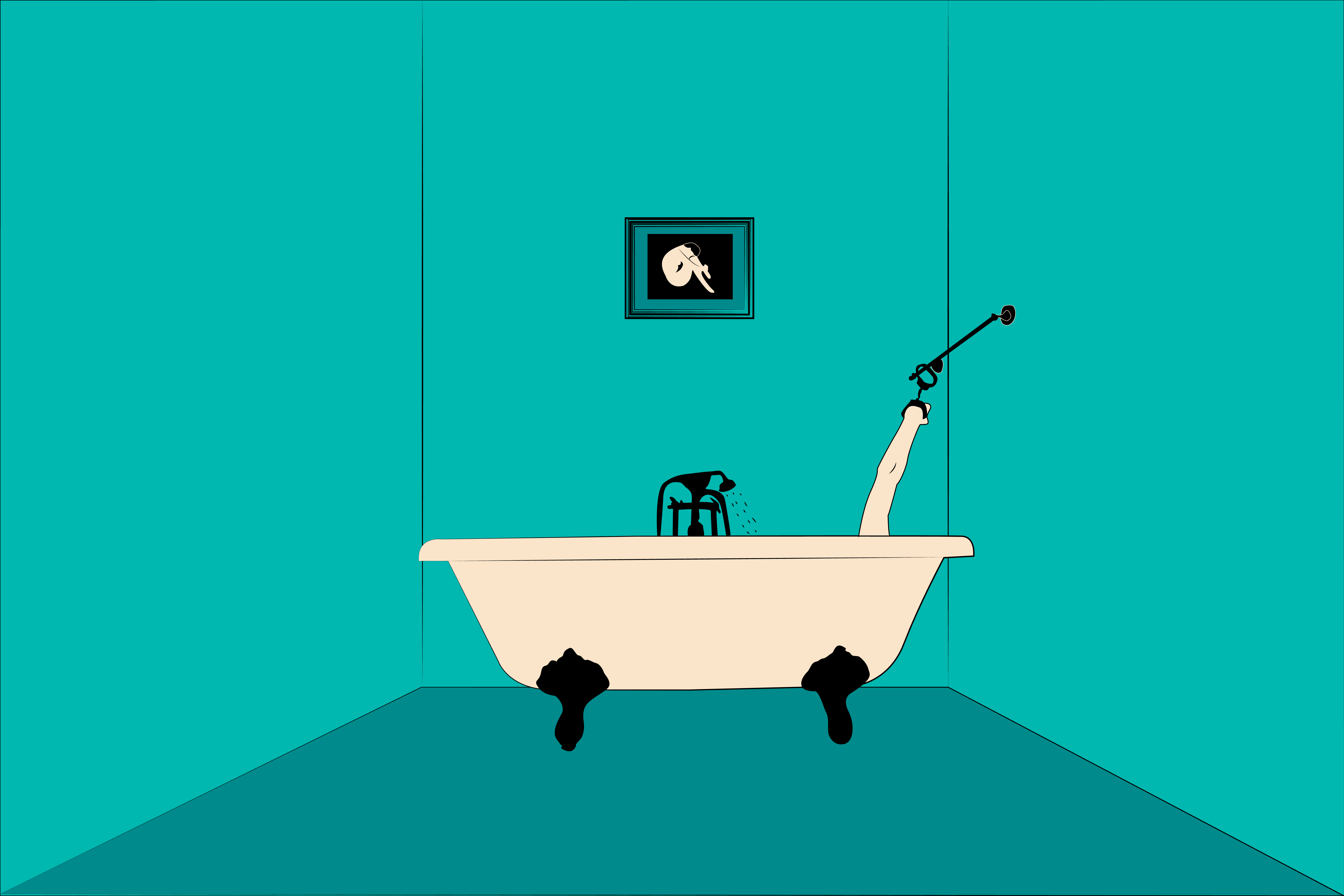 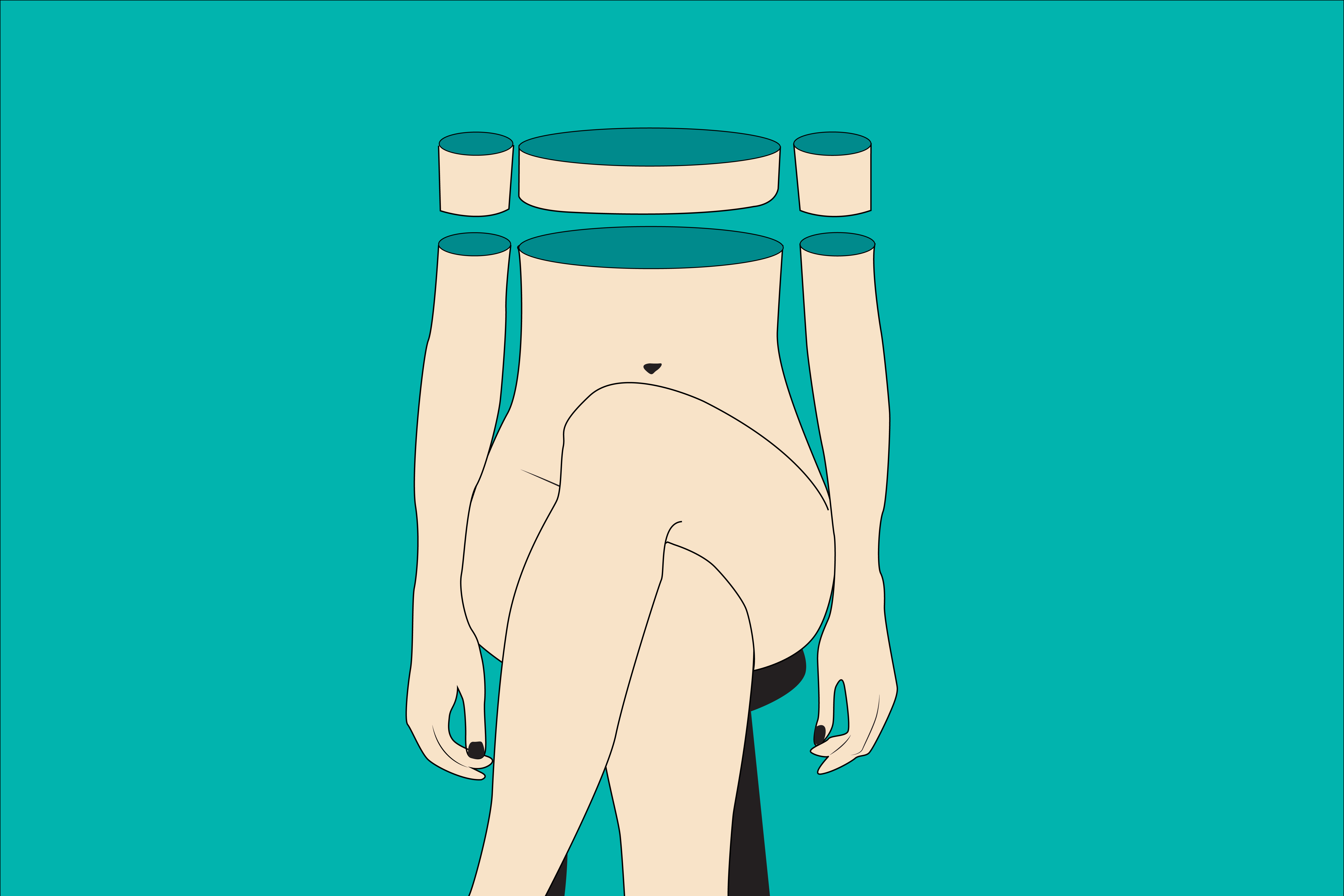 What’s one thing you’d like to see more of in the local graphic art industry and why?
More stories that are rather empowering women than degrading and disrespecting them. I would like to see more stories that are challenging the narrative, whether it’s race, gender, religion or politics. We need to use this platform to teach, heal and challenge society so that creativity begins to be seen as a way to communicate rather than just being a hobby.

Looking ahead, what are you hoping to explore through the medium of graphic design and illustration?
I would like to focus my work mostly on women empowerment, religion, social issues such as abortion, rape, human trafficking, and more. I want my work to be the voice for those without one in society. 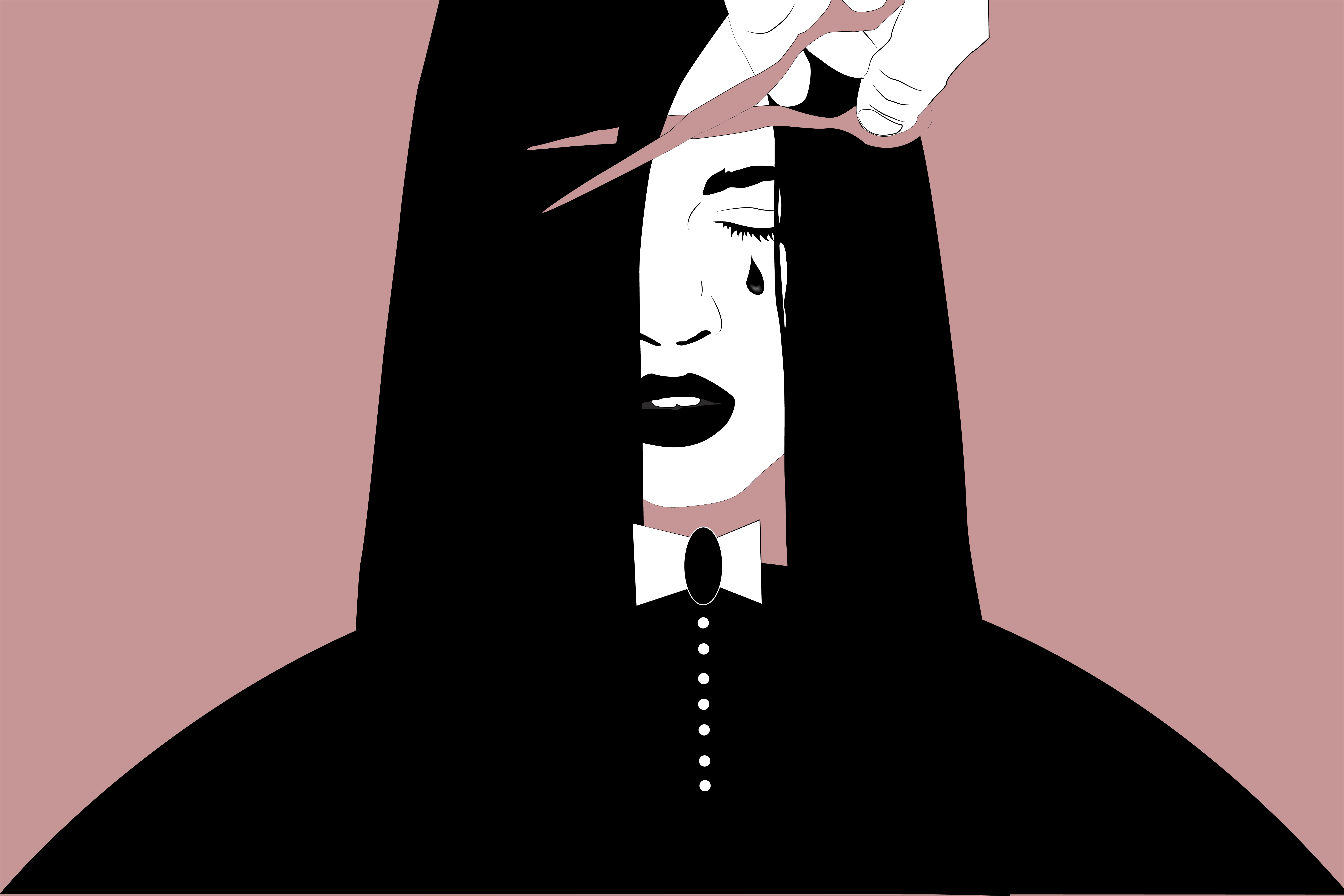 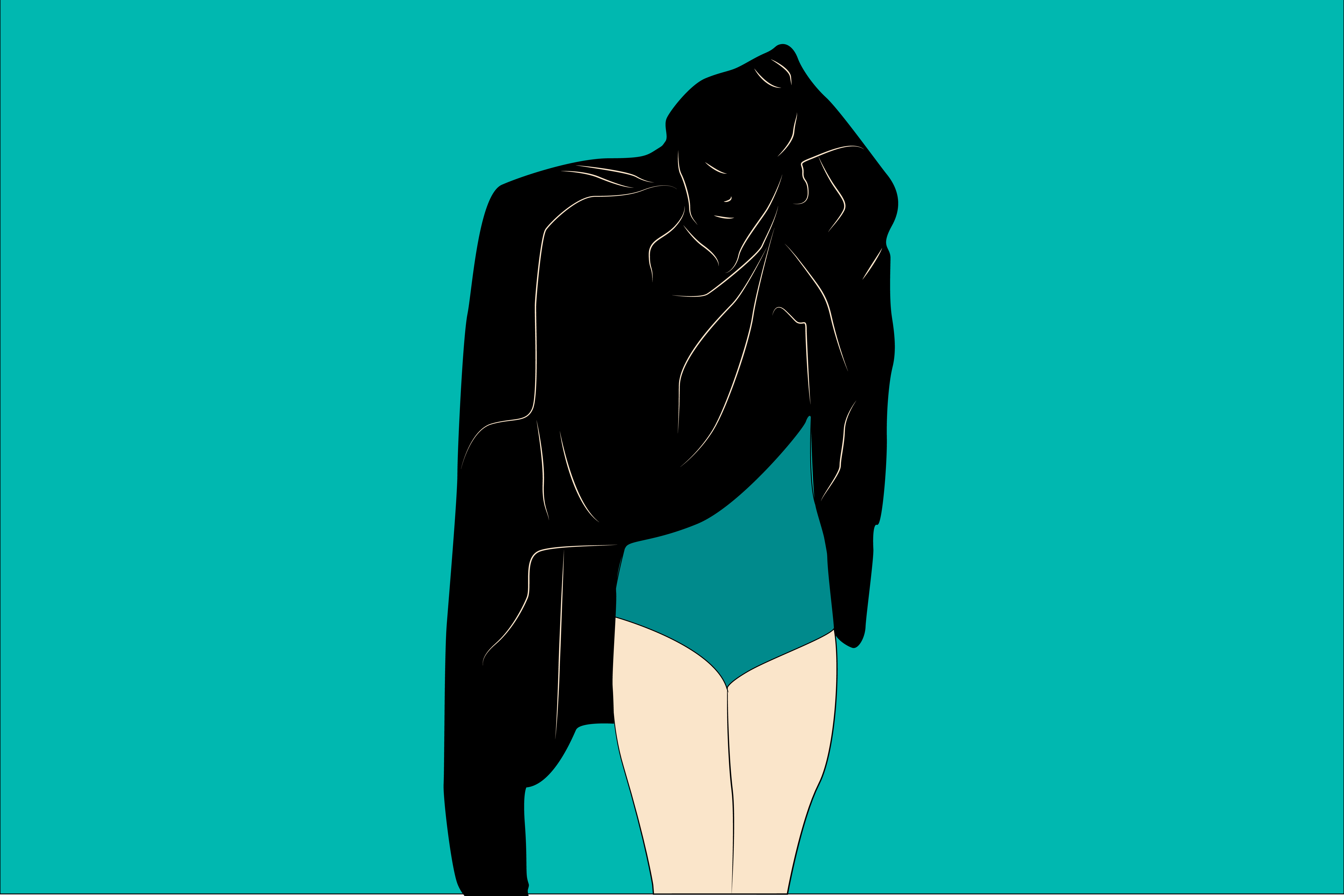 Find more of Nosipho’s work on Behance and Instagram.