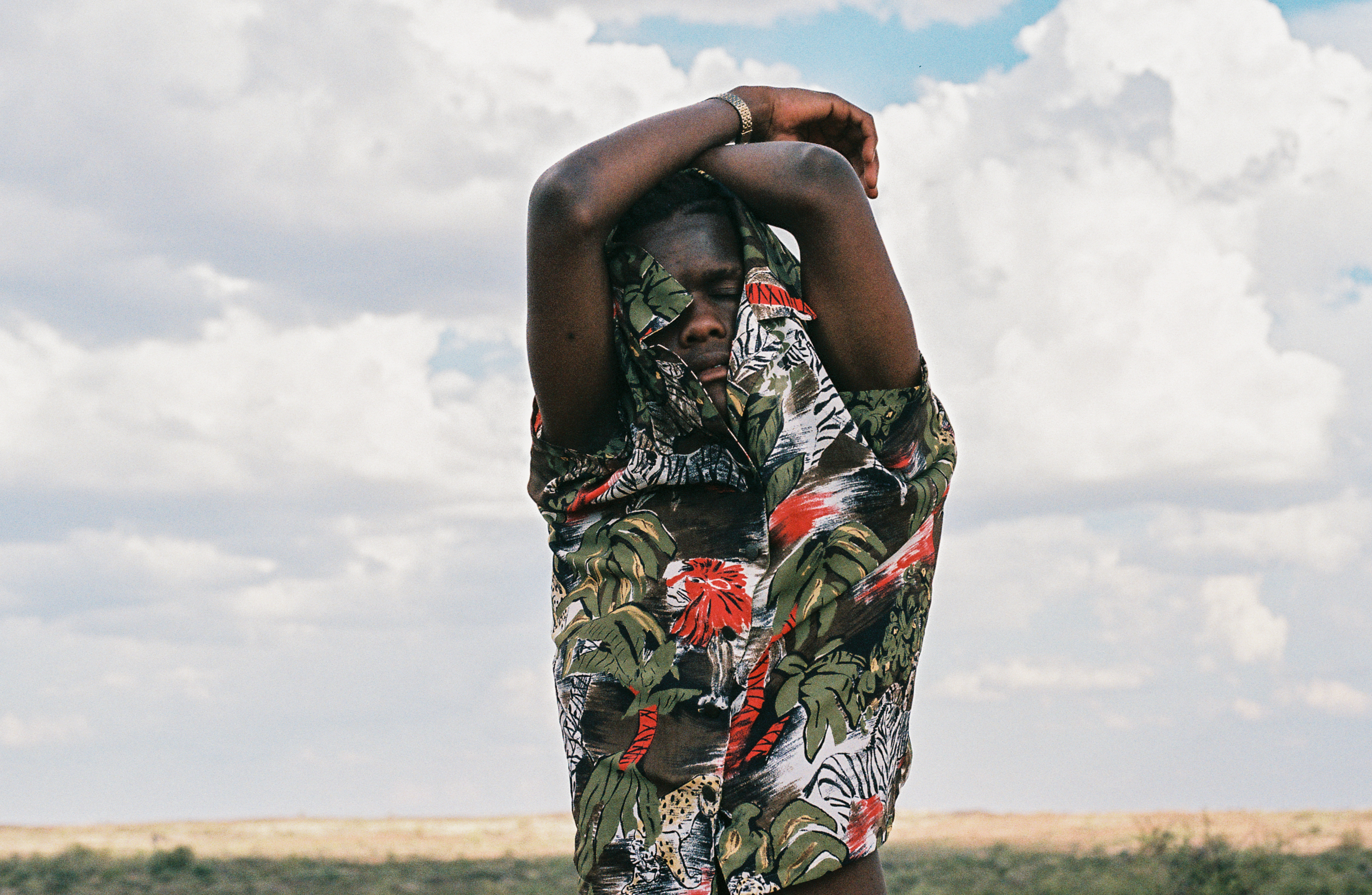 Posted at 14:20h in film by Gabriella Pinto
0 Likes

What would happen if you woke up in a body that was a different race and gender to yours? This is the central idea of High Fantasy, award-winning director Jenna Bass’s upcoming film, which was made on a farm in the Northern Cape. Jenna’s quick to highlight the film was shot on iPhones, the majority of the cast and crew were women, and that it was a collaborative process subverting the usual hierarchical power structures familiar to filmmaking.

“When it will actually get to South African cinemas is a bit of an uncertain thing, but that would definitely be high on the agenda for me,” says Jenna whose previous feature, Love the One You Love, won the Best South African Feature Film at the 2014 Durban International Film Festival. She also tells us her next film, an all-female Western adventure called Flatland, is greenlit for production this year. “I have no idea what international audiences are going to make of [High Fantasy], but I think it’s going to be quite provocative for South African audiences, so it’s very important to me that we get it [to local cinemas]”.

Although Jenna created the film’s plot, it was workshopped with the cast: Francesca Varee Michel, Qondiswa James, Liza Scholtz and Nala Khumalo. Here Jenna, Francesca, Liza and Qondiswa talk to 10and5 about the film. 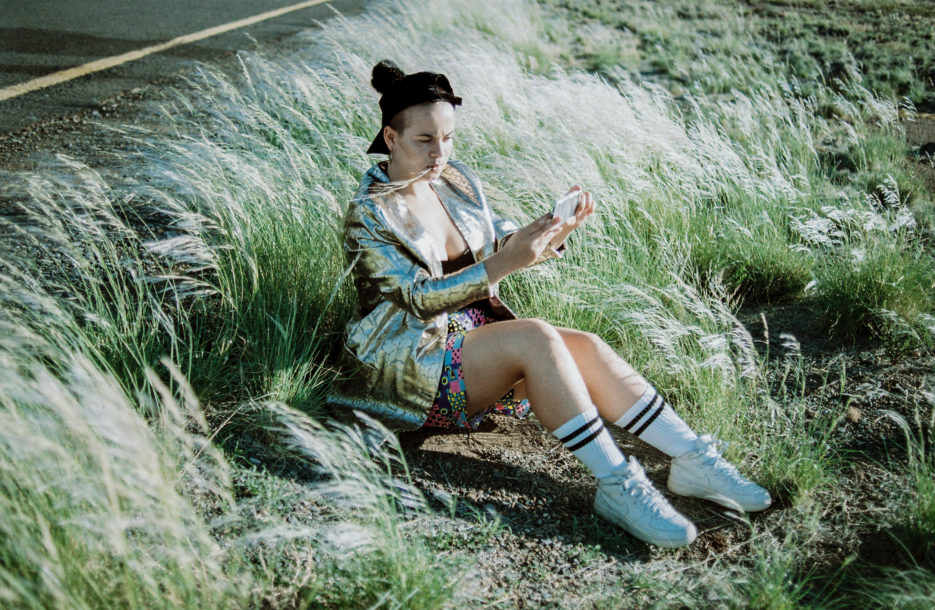 What inspired the film?
Jenna: On a practical or narrative level I’ve been thinking about identity politics and trying to decide where I stand on that; what I’m going to do about it and how I’m going to put it out there in a way that encourages further conversation that hopefully leads to some sort of action. Because conversations are all very well but you know I do feel that they are ultimately cumulative. So, how could I add another opportunity for that conversation that’s maybe not on social media but face to face in a cinema or outside the cinema or with your friends by the watercooler at work.

What appealed to you about working on a Jenna Bass film?
Liza: The collaboration aspect of the film. More often than not as an actor, it is always somebody else’s intellectual property in terms of the script. In the case of High Fantasy, the actors with the guidance of Jenna got to create their own characters and workshop the script. Oh and of course the fact that majority of cast and crew are women. 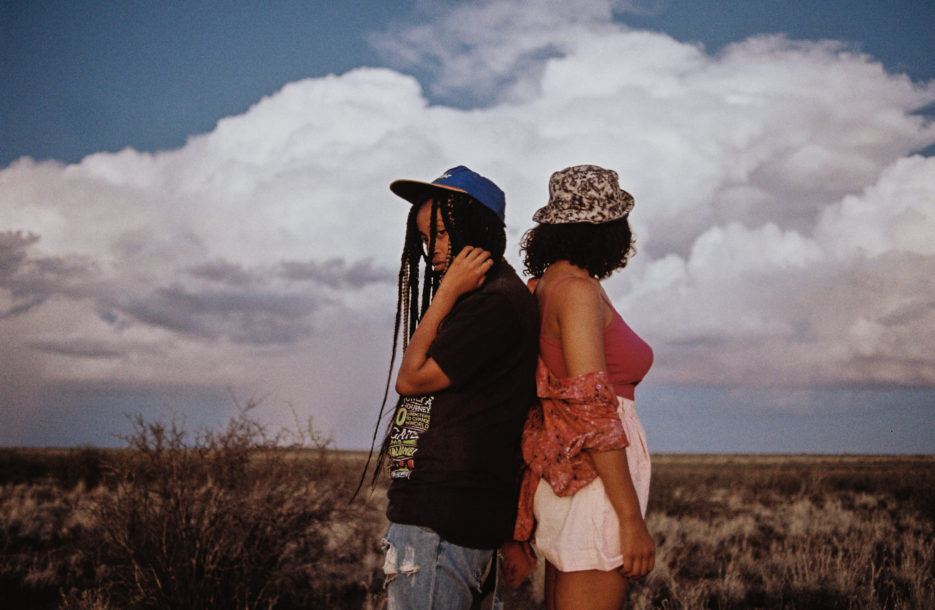 If you had to explain the film’s premise and themes to a much older generation. What would you say?
Qondiswa: This film deals with the sickness in South African society, which has been revealed by the Rhodes Must Fall and subsequent movements. It is a film about our awkward intersecting identities, which plays out the paradoxes of post-TRC South Africa. It deals primarily with issues around race and gender and asks the viewer to take an honest look at the tattered flag of freedom championing Mandela and Tutu’s Rainbow Nation. This film feels like the inevitable end of the love story of false unity between different peoples in South Africa.

How was the filming process different to other films you’ve worked on?
Liza: The entire 90-minute movie was shot by the actors on an iPhone 7. The audience is aware of this and always knows who is filming. This was motivated by the individual characters degree of involvement within the scene and their personal objective. It was interesting to have to stay present in character whilst capturing other performances. Each character had their own unique way of filming that fed into the narrative.

Jenna: We’re embracing new technology, especially the idea that we have small cameras that can move in ways they haven’t been able to before. The whole selfie technique of High Fantasy puts it in its own box. The way that the characters can interact with the camera is on a whole new level. 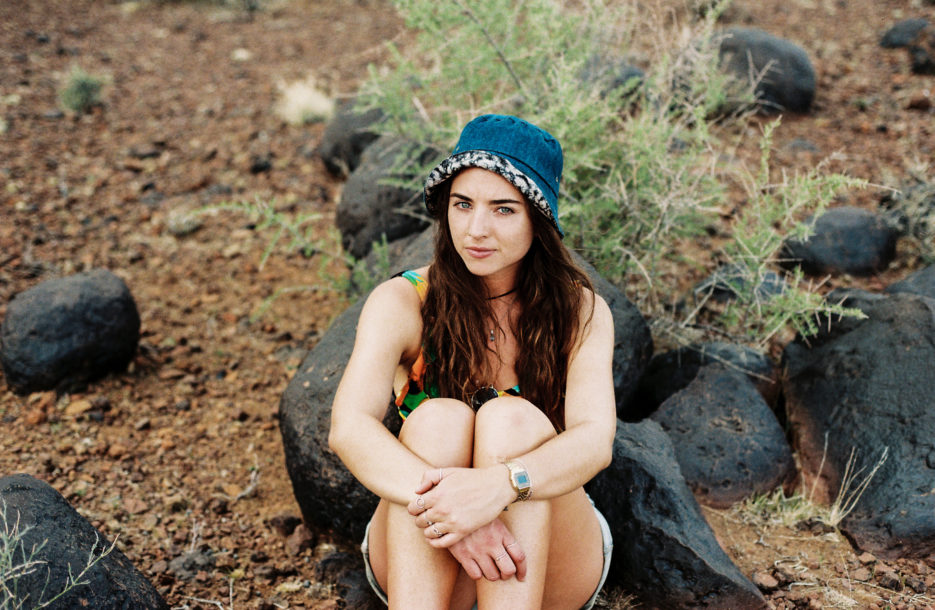 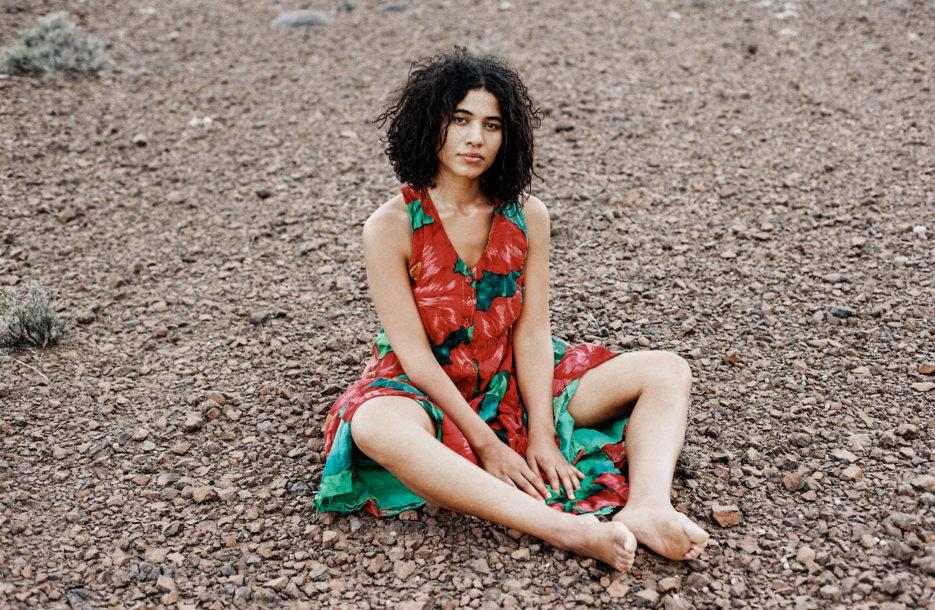 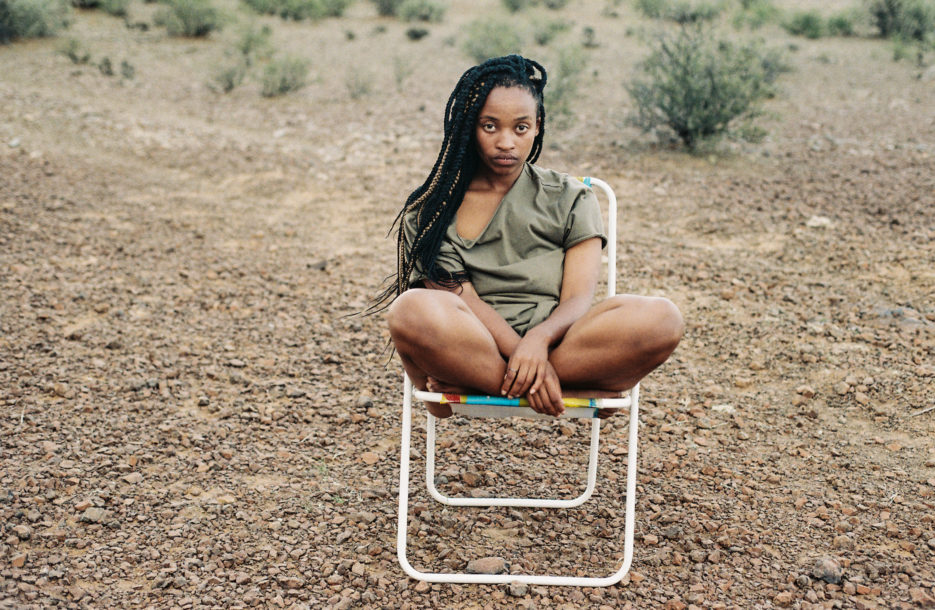 A lot of the film was improvised. How did you prepare for your roles?
Liza: At the beginning, each actor would meet individually with Jenna “creating” their character’s backstory and what brought them to the present. Then group rehearsals started and we “met each other’s characters” and figured out how we knew each other. We also started improvising and workshopping the film. It was a very intuitive process.

Qondiswa: I was reading Andile Mngxitama and Aryan Kraganoff’s From A Place of Blackness for Xoli (my character) during the six-week process. Everything that Kraganoff wrote made me angry, and everything that Mngxitama wrote made me sad. I found Xoli’s state of being in relation to the world to understand how she would relate to other people: sad about blacks; mad about whites.

Francesca: Because of time and the fact that we also body swap in the film, our initial characters had to be played quite close to our own characters as actors. I chose snippets of close friend’s opinions, behaviours and morals and mixed them in with mine to create a character that I could still access intellectually and emotionally, for the sake of the improvisation. 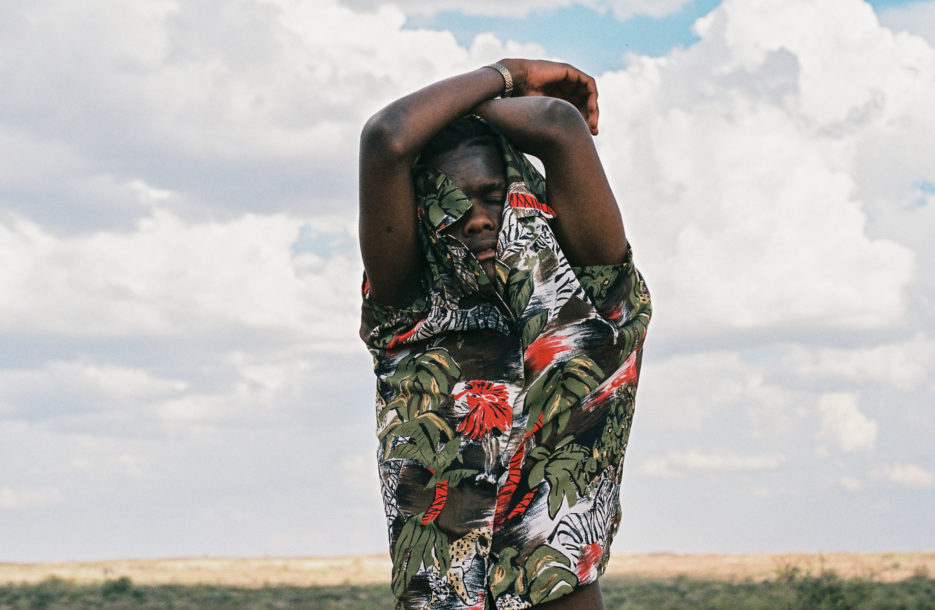 What was the most challenging about creating the film?
Liza: We were shooting in the Northern Cape, living together in a lonely farmhouse surrounded by 10 000 hectares of barren land. This land was political and spiritual and brought about feelings of some of our generational trauma. As South African actors, the movie deals with issues that we face but are not always pushed to feel this deeply on the daily, and so having to confront and be challenged in this way takes a lot out of one on an energy level. And so after a long day on set instead of going our separate ways, we would all huddle together in a bakkie and trek back to the farm house. Solitary was a luxury at those times when you just need to be alone to breathe with yourself. 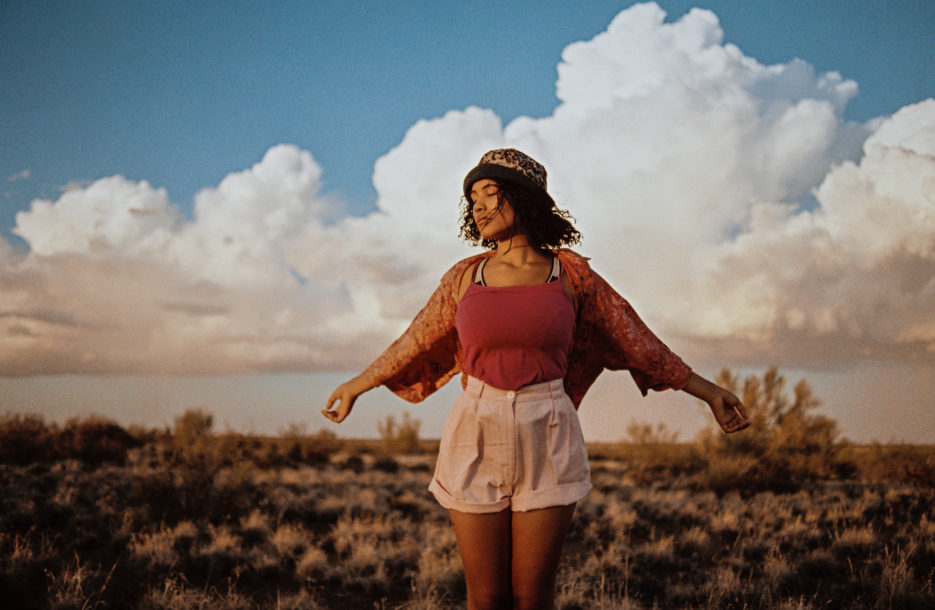 How did the location influence the film?
Jenna: I was very lucky to find a farmer in the Northern Cape who was very generous and allowed me access to his property without knowing much about the film. There’s this old farm house that has all its ghosts around it and symbolised everything we’d spoken about during the day. I’m not a very spiritual person but it feels like there are things going on and there’s something beneath the ground. And I was very affected by that, and everyone interpreted it according to their own beliefs and experiences. It was interesting and inspiring but also difficult because the film deals with land politics. There we were on this huge piece of land being faced with the reality of land politics. You could never escape, it’s not like you could finish at the end of the day and go home.

Why do you think High Fantasy is an important story to tell?
Francesca: It’s a story that needs to be told, heard and discussed. We want to wake more people up.

Qondiswa: This film is an attempt to grapple with the reality of South African society so as to honestly reflect The People back to themselves. There is no Rainbow Nation.

Stay tuned for the film’s premiere date on Facebook. 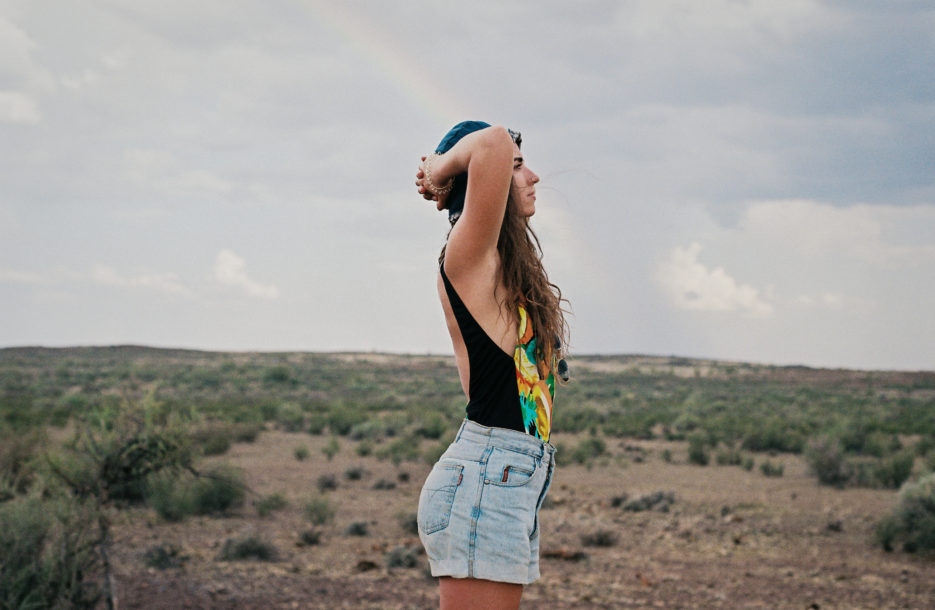 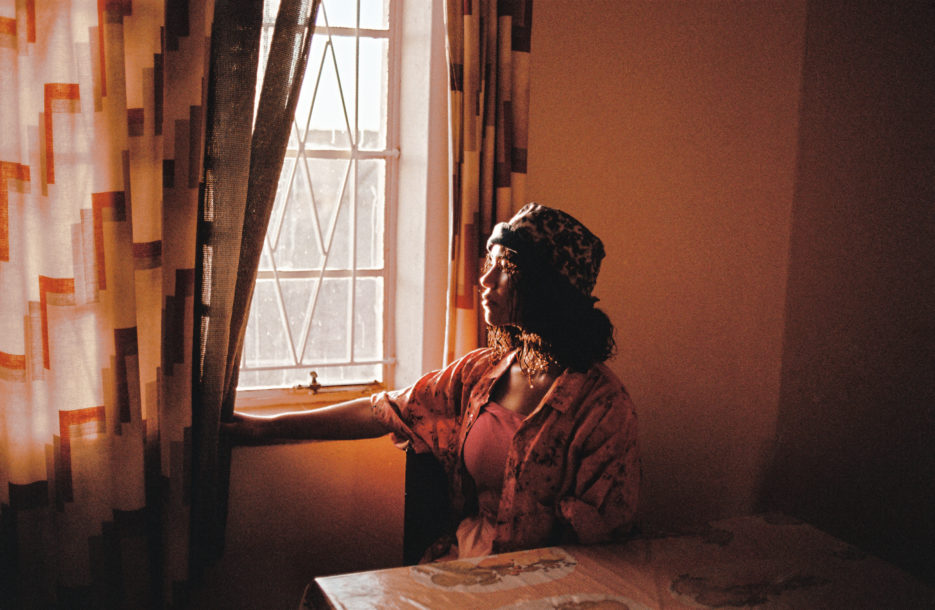 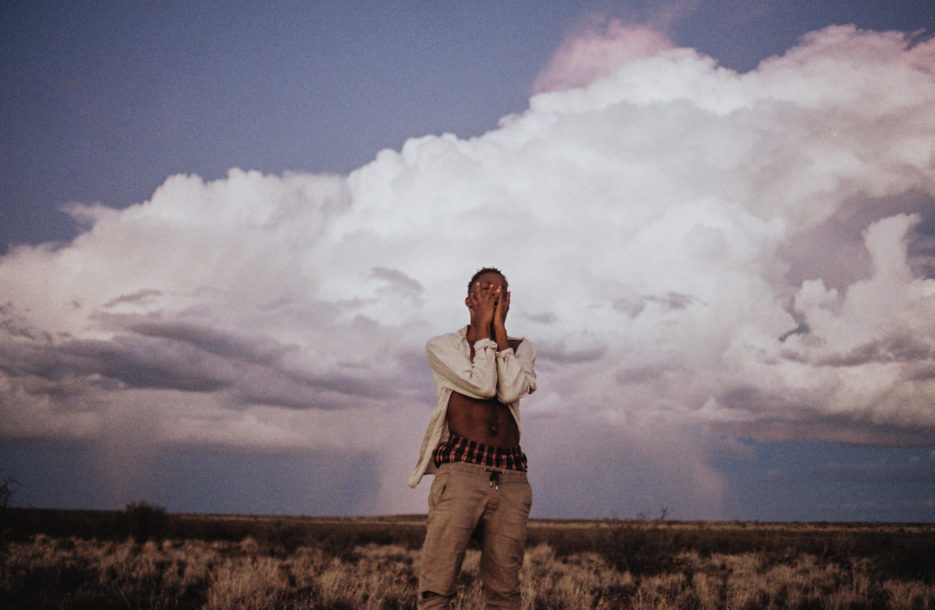