Artist and illustrator Brooke Schafer lives and works in Durban where she is completing her Masters in Fine Art at the Durban University of Technology. She has a knack for creating delicate and narrative-driven images, which depict her take on sexuality and gender.

The internet aids her creative process. “Like everyone else, I’m constantly looking at pictures. It’s important to feed your eyes every day, which is why the internet is so wonderful. Works by Tracey Emin, Billie Zangewa and Lady Skollie are my current staple. I also really love photographers like Nan Goldin and Man Ray,” she shares.

Her vision for the future is to keep growing and developing her creative practice by exploring different mediums. She also hopes to collaborate with other female artists to form exhibitions in her city.

We recently had a chat with the young artist about the ideas and intentions behind her work. 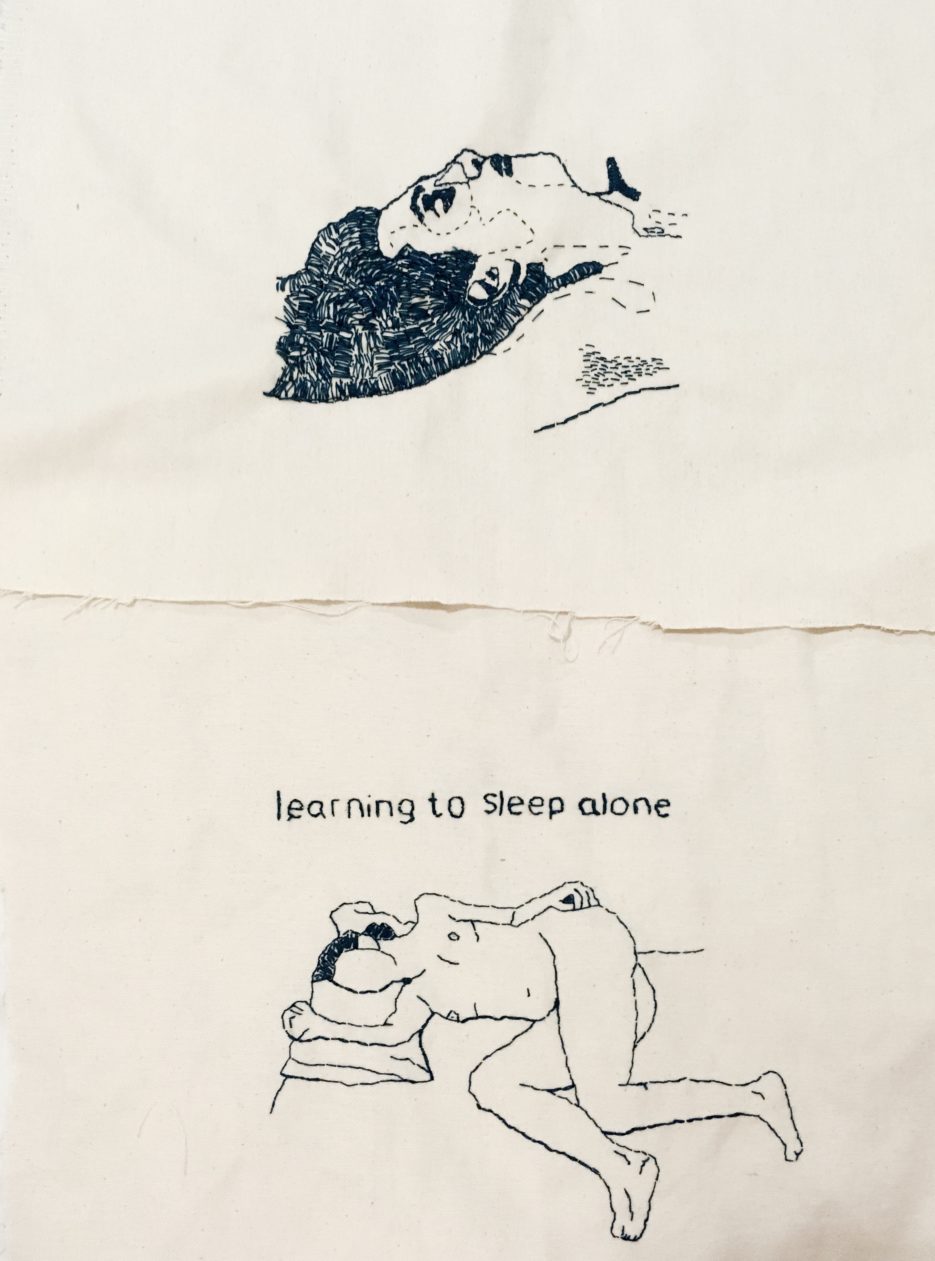 Where did making art begin for you?
The first time I considered becoming an artist was after watching Titanic when I was a kid. This sounds ridiculous now, but I remember loving the idea of getting to draw people every day. I also had an aunt that was obsessed with collecting books on classical art, so I was exposed to Greek and Roman sculpture at an early age. I suppose that both these experiences later lead to my interest in the figure. After that, the idea was buried away in the back of my mind and I took art in high school on a whim, basing the decision on my “skillful” ability to collage magazine pictures on my bedroom walls. At first my drawings were terrible but I began to love making things and art became everything to me. 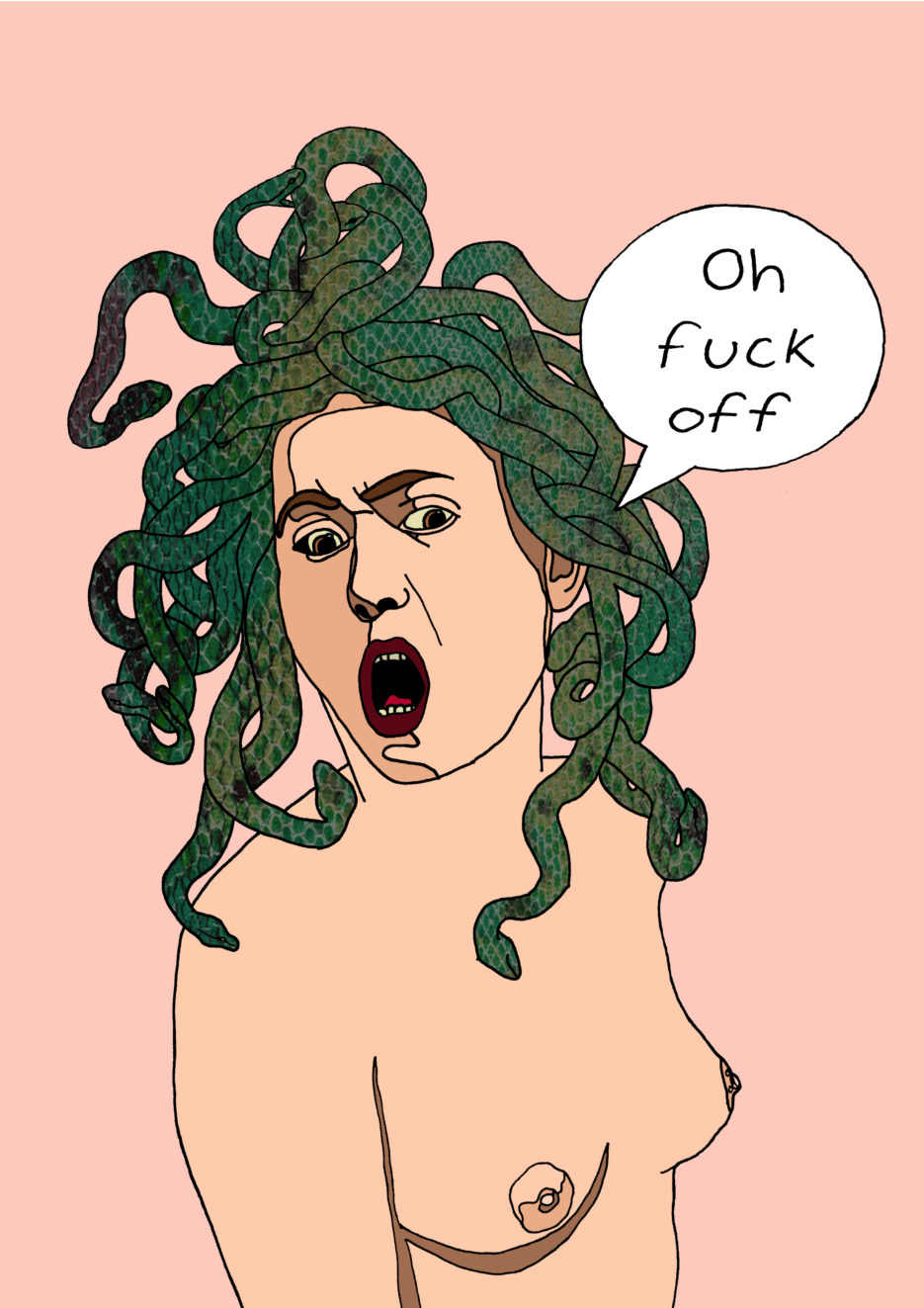 What compels you to draw someone? How would you describe the characters and narratives in your work?
It took me a while to notice the pattern within my work but eventually I realised that it all comes back to the figure. People and bodies fascinate me and there has always been a kind of satisfaction in being able to depict or reimagine a person. I do sometimes feel a strange sense of urgency when I look at something I like and want to use. I enjoy making portraits of friends and strangers and I often source images from paintings and photographs. My work deals mostly with concepts surrounding gender, the feminine and masculine. But sometimes my work is more personal and reflective of experiences within my life. 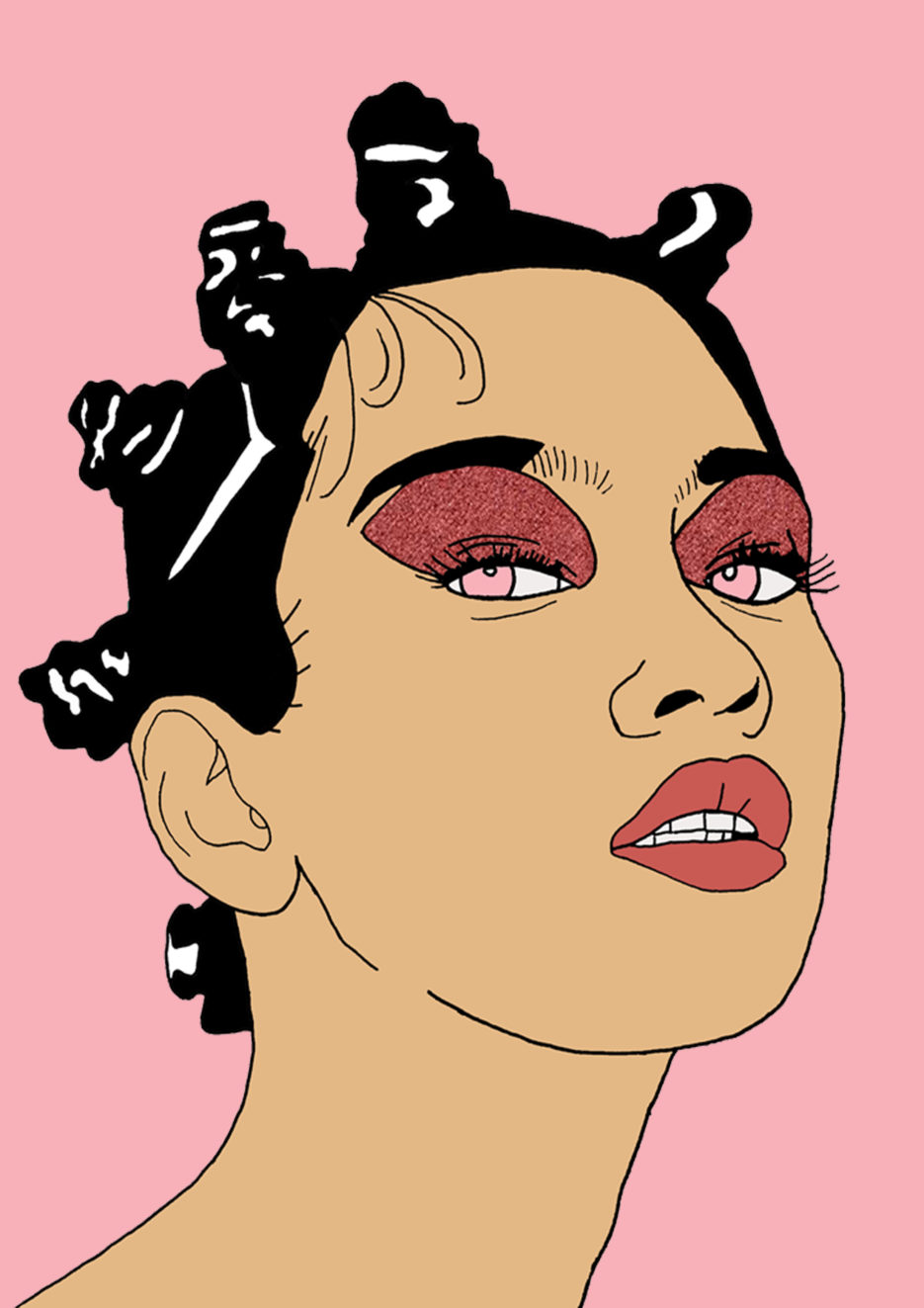 Your Tumblr header is ‘Re-Crafting The Phallic in Floral’. Could you tell me a bit about why this line is important to you?
It was the title of my fourth year research paper. I work a lot with masculinity and phallocentrism and finding ways to subvert these by imposing upon them a feminine aesthetic. I have been playing around with different materials and mediums, like sewing which is traditionally considered a feminine craft. I use floral and pink fabrics in some of my sewing pieces. The combination of the medium and subject matter is an attempt to soften and emasculate dominant figures.

Could you give me three words to describe your artwork?
Reflective. Phallic. Floral. 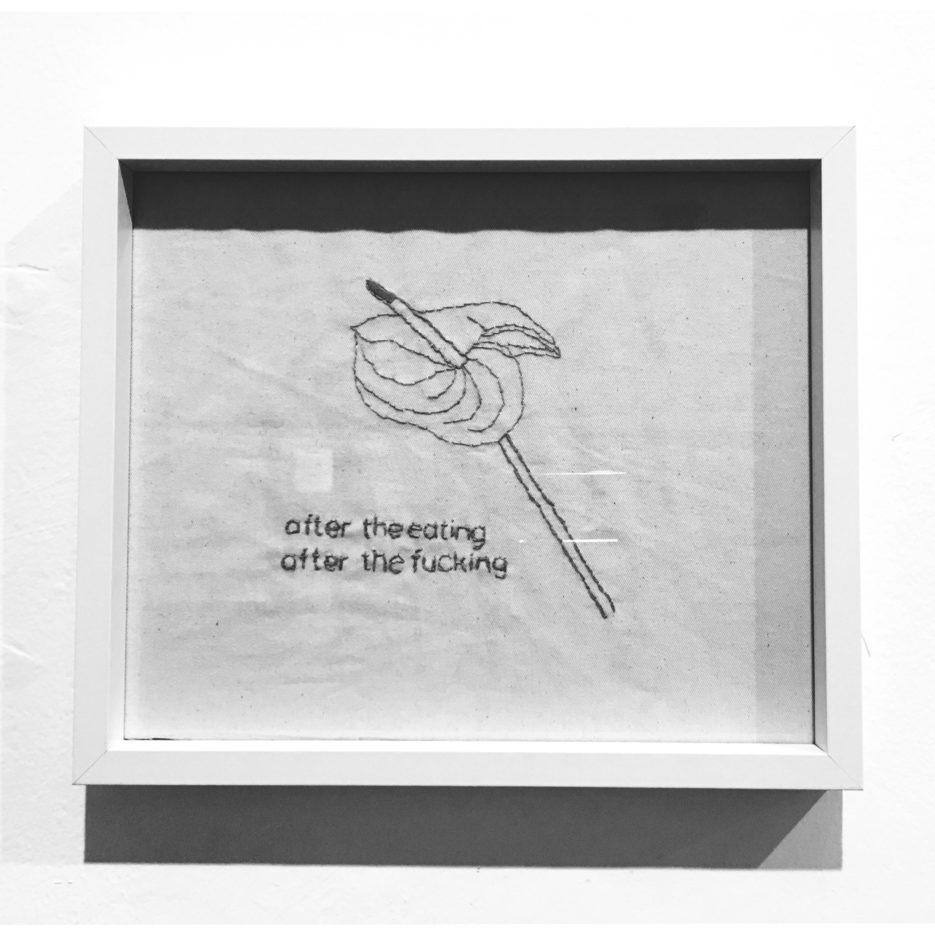 ‘After the eating after the fucking – Pink Series’, 2016, Textiles.

What is your sketchbook filled with?
My sketchbooks contain nudes, flowers, portraits and the occasional dick. My phone has also become my sketchbook in a way because I’m constantly editing drawings or images, which tend to then morph into other more tangible works. 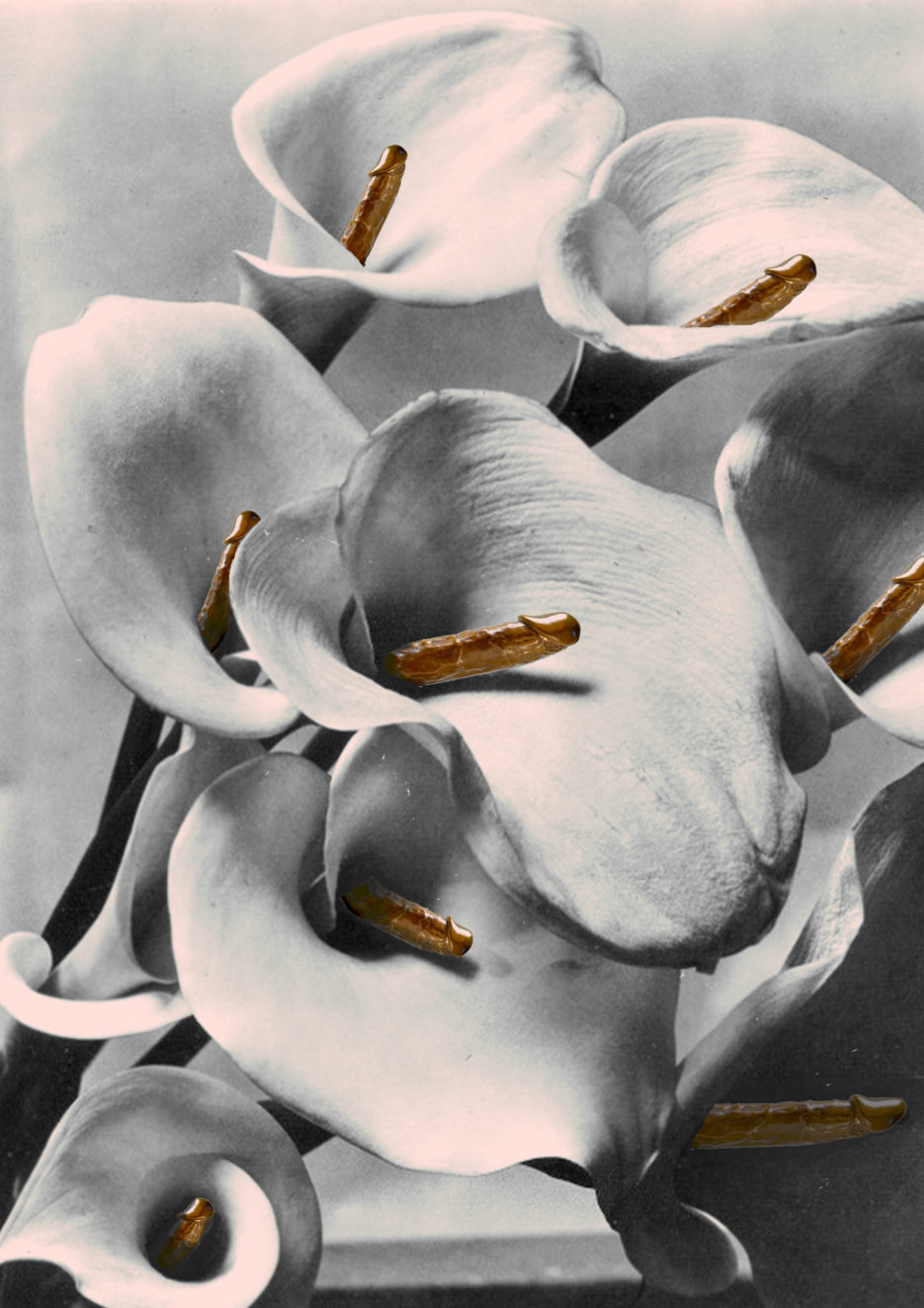 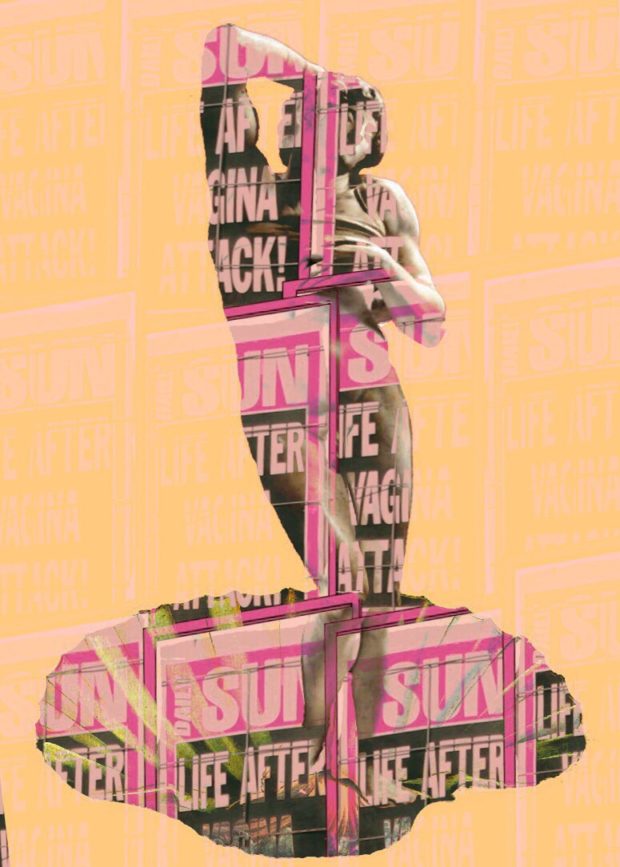 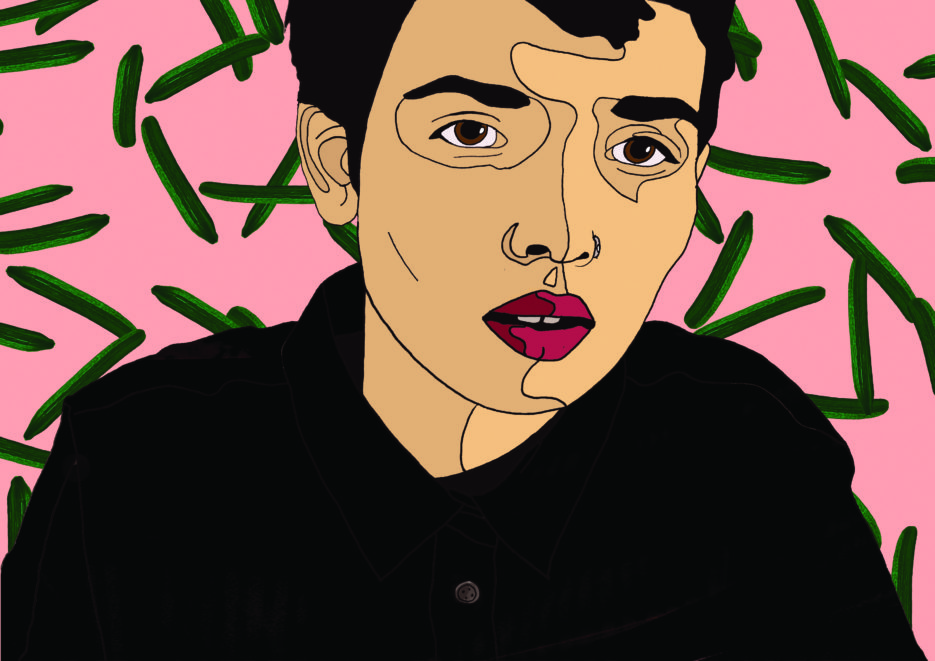 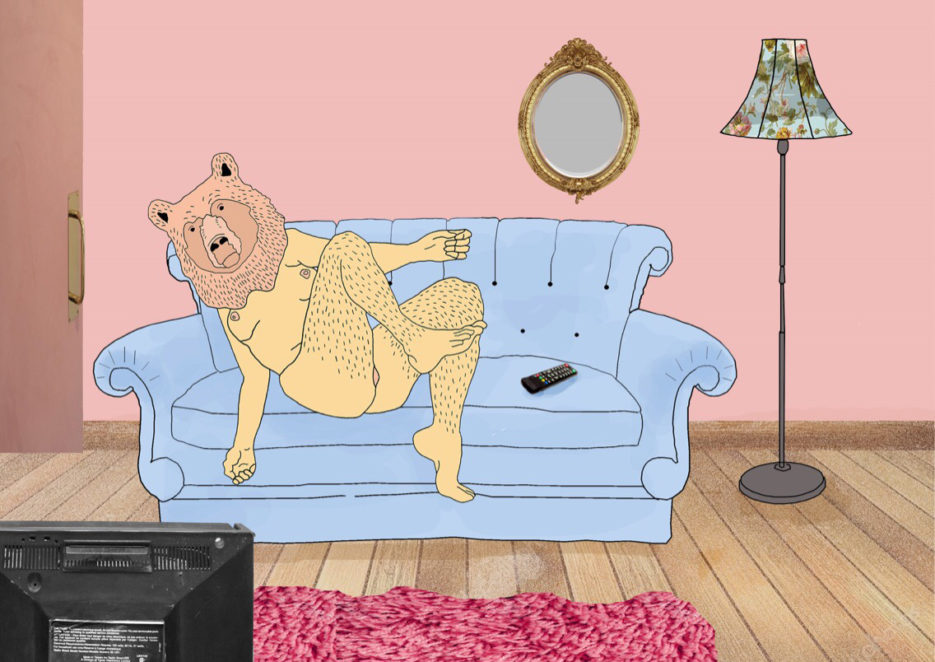 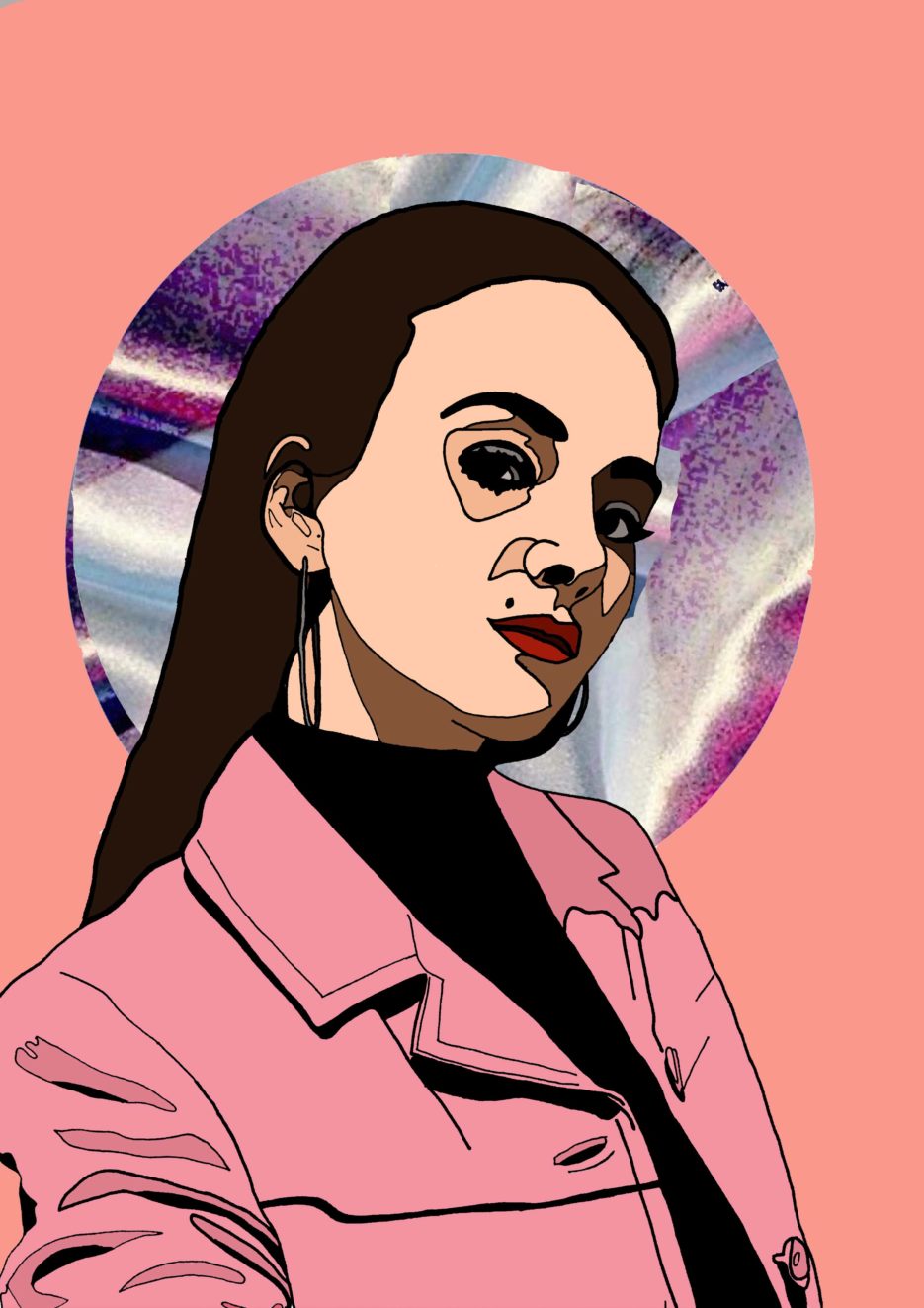