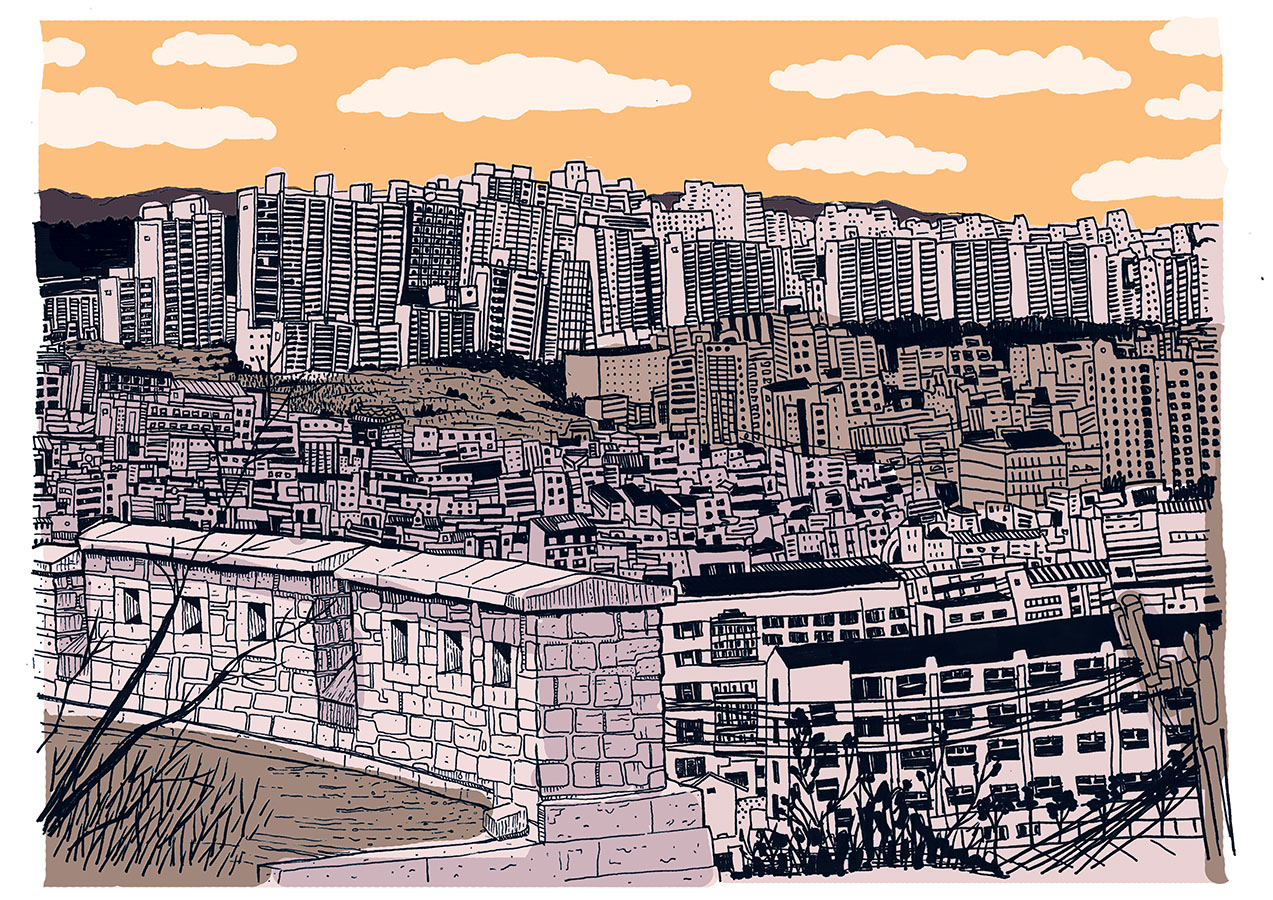 Posted at 10:13h in Digital, Illustration by Nikki Zakkas
0 Likes

“I started a sketchbook to document my surroundings. And, I realised that by capturing the restaurants, alleyways, and buildings by breaking them down into their basic elements of line, shape, and form, I was able to familiarise myself with Korea, its people, language, and everyday life.”

“I studied under lecturers such as Anton Kannemeyer, Paddy Bouma, Elizabeth Gunter, and Lize Van Robbroeck,” says the young artist who completed a degree in Fine Art at Stellenbosch University before making his move to East Asia, where he now spends his days teaching visual art at an international school.

“I was inspired by the gritty style of Bitterkomix, the sensitive manner in which Paddy Bouma used images to tell stories, the beautifully-rendered charcoal drawings done by Elizabeth Gunter, and the critical analysis of art during Lize Van Robbroeck lectures,” he shares. 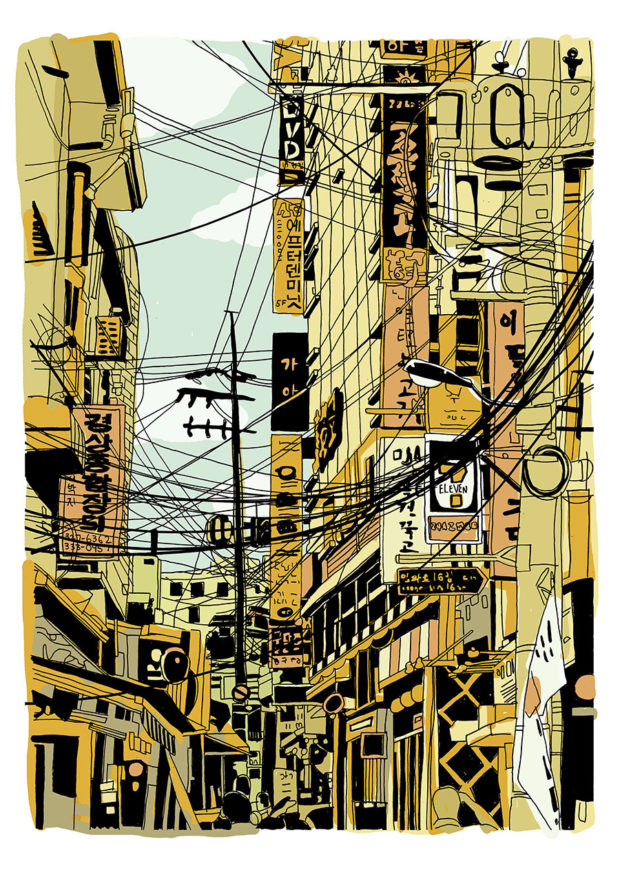 Louis has a delicacy with pen, brush and marker. His aesthetic is characterised by crisp, clean lines and limited colour palettes. “Initially, I wanted my work to look just like the bold, hardy and unapologetic style found in [underground South African comic] Bitterkomix. I tried to replicate comic artists Anton Kannemeyer and Conrad Botes’ style in my sketchbooks. However, this seemed a little contrived. My work looked forced.

“I realised that the one thing I love about drawing is creating line; bold thick lines created with pen, brush, or marker. I could spend hours rendering pencil drawings with ink. My style is dependent on line and how I render pencil sketches. I enjoy experimenting with different ways of creating line including traditional Korean ink brushes.” 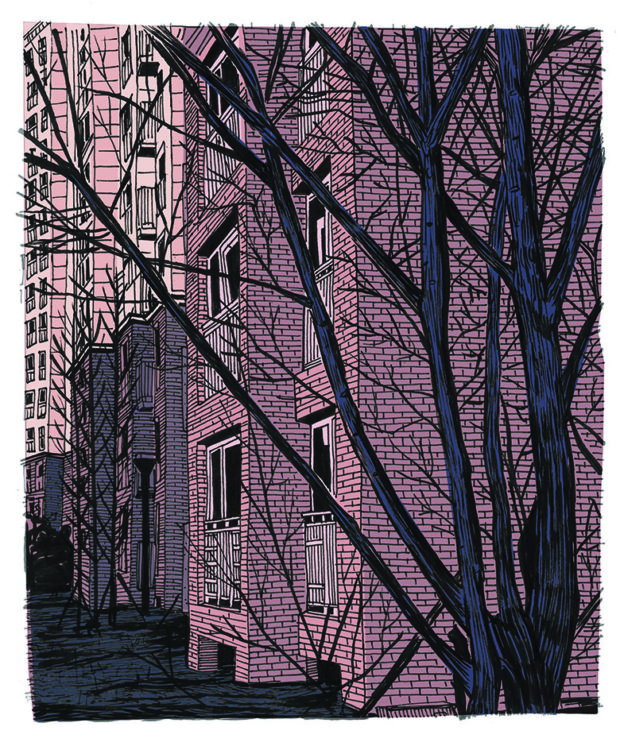 He continues, “I enjoy working in both traditional pen-and-ink media and digitally. When I started learning about illustration and rendering in Stellenbosch, I preferred using pen. When I moved to Korea, I started working exclusively with brush after observing some local artists doing calligraphy on paper fans. I enjoy the different line variations created by brush and ink.

“On a holiday to Oregon, my wife bought me a Bamboo tablet. At first, I was skeptical about drawing digitally. But now, I have embraced the endless possibilities that digital drawing software has to offer. I enjoy researching new drawing apps which I often share with my students.” 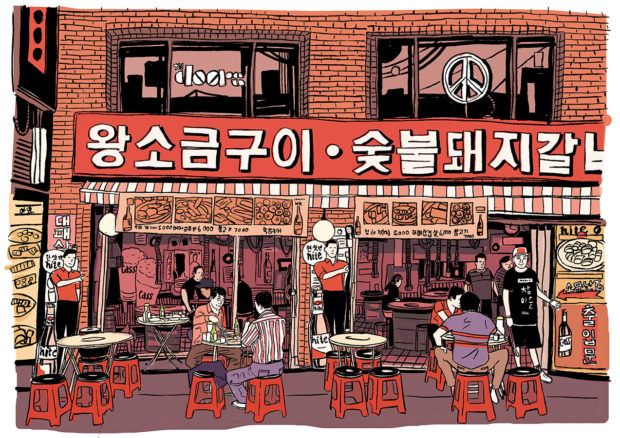 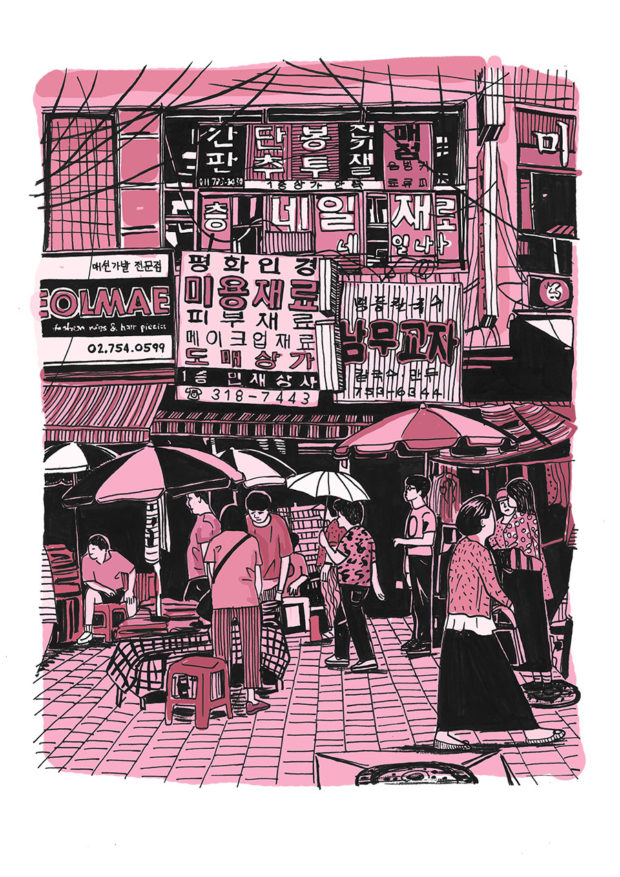 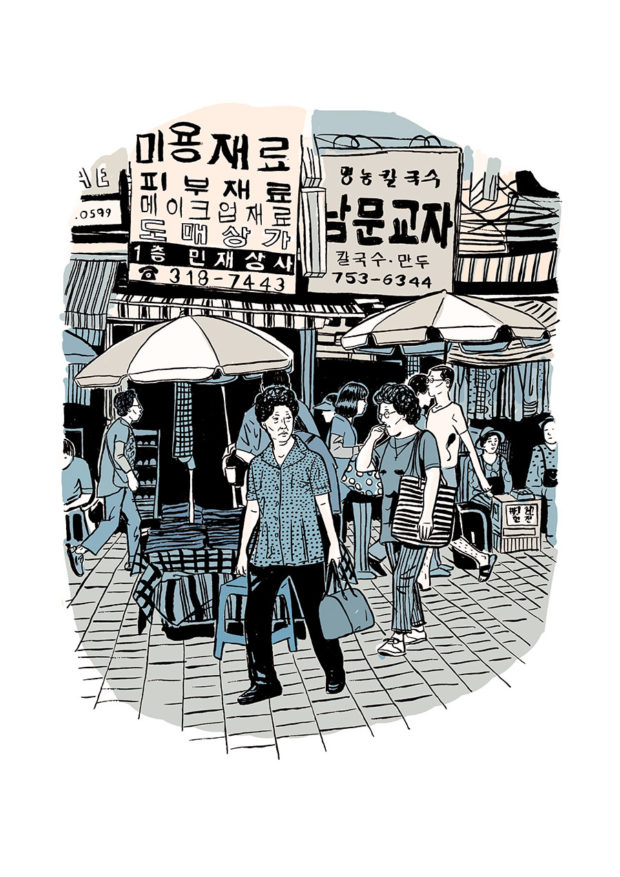 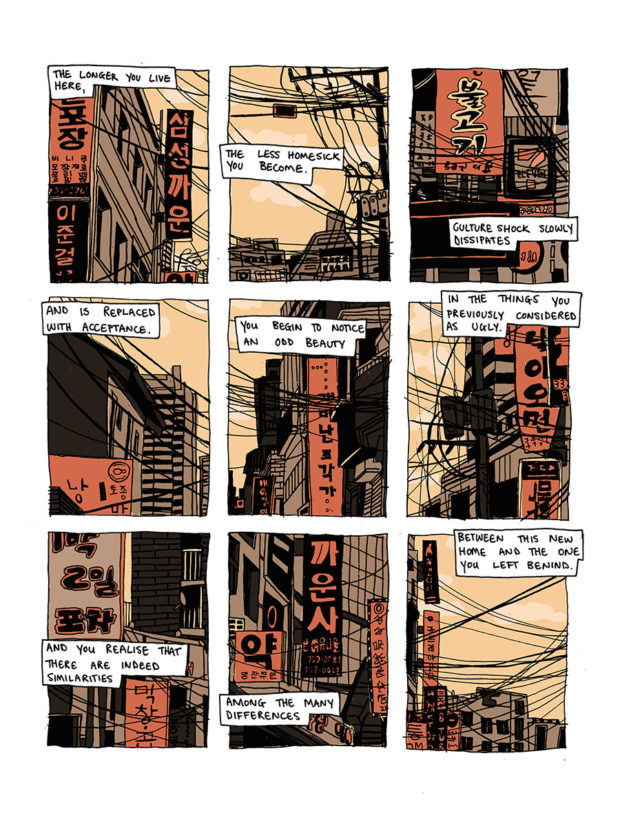 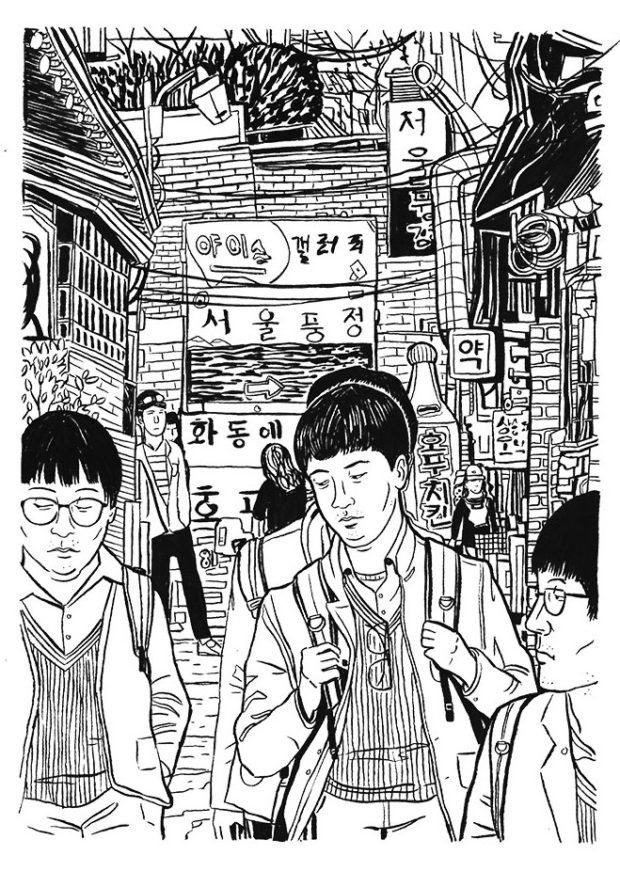 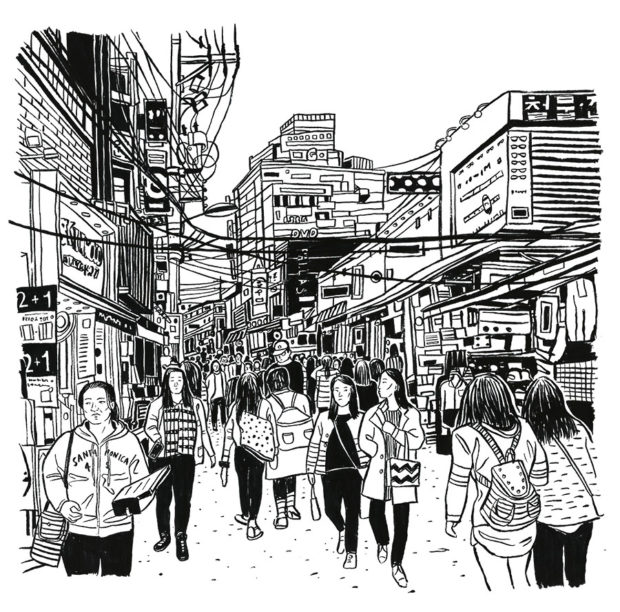 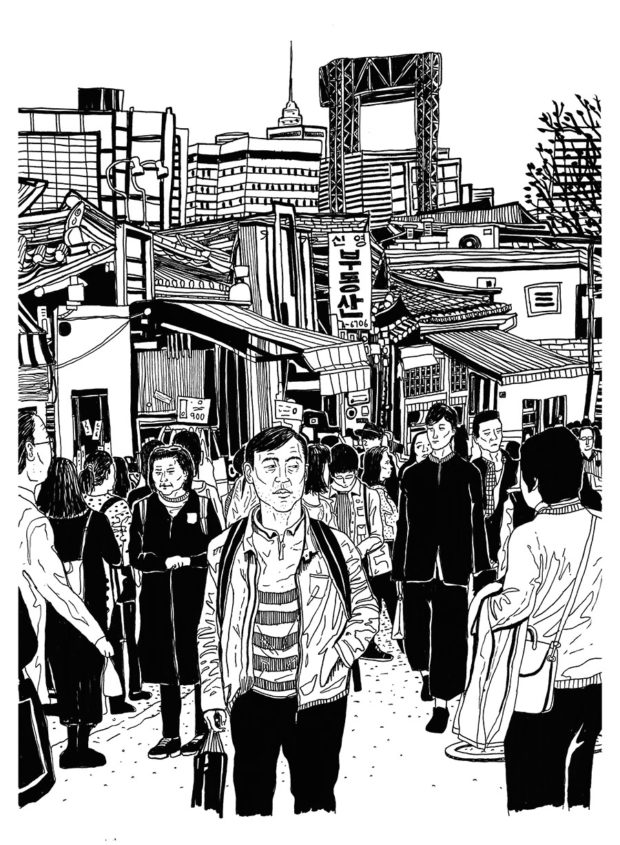