15 May Rosa and Jarred’s Croatia travel diaries part 5: All rappers are Geminis

Posted at 13:00h in Travel, Writing by Rosa Lyster
0 Likes

Here is what you get when you google “All rappers are”:

The first thing that you should get when you google “All rappers are” is “All rappers are Geminis”, because it is the stone-cold truth. Basically all of them are. The reason I know this is because of a game we invented one night in our house on Vis. 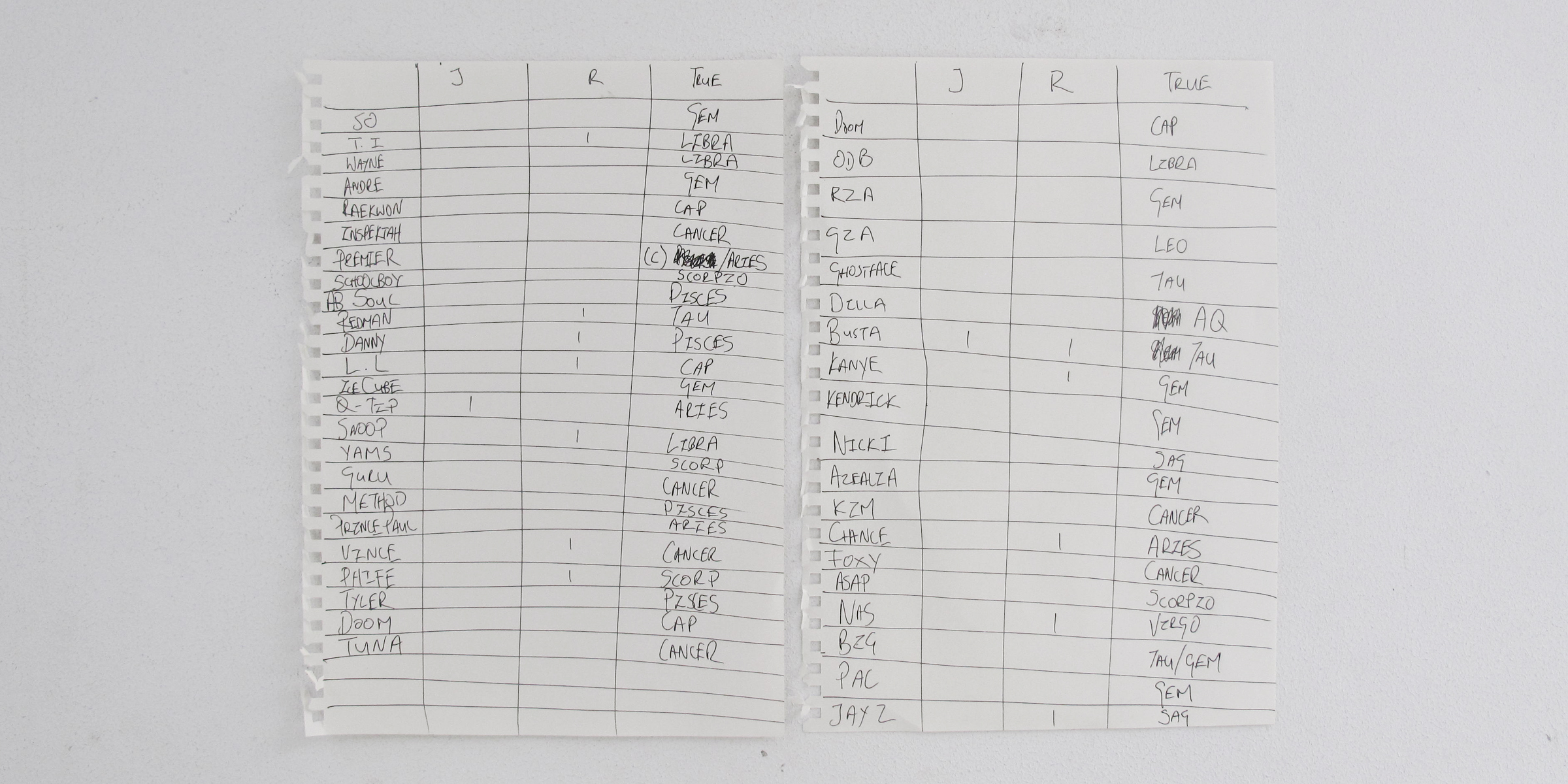 Vis is the farthest inhabited island from Croatia’s mainland. If you go there (you should go there), you will see olive groves and cypress trees and bees grooving around in the orange blossom. You will be knocked out every single day by the sheer fact of the Adriatic just right there in front of you. Did you know that the Mediterranean is much, much saltier than most other seas? Something to do with evaporation. Even if you are no good at floating in general, you can just float around in there for ages without hardly moving at all.

You’ll do that if you go there, which you should. You’ll hear church bells every fifteen minutes, and seagulls that sound, variously, like horses and cats and little babies. You’ll eat some sea urchins that you scooped off the ocean floor like an hour before, and you will both stand in the kitchen freaking out a little bit and staring at them as their spines wave around. One of you will freak out more. The other one will do what needs to be done, which is to sort of dismantle the sea urchins with scissors, hold them over the sink while all this nasty and indefinable matter comes out of them, and then carefully extract the bits you eat, which are orange and delicious and shaped like tongues. I didn’t want to write that last bit, but it is true.

After you are finished eating them, you will maybe think about the life of a sea urchin, or about the ethics of eating something that is basically still alive, and about whether that makes you adventurous or just something of a monster. You might think about what business you have not being a vegan, since you like to think of yourself as basically an okay person, and there is honestly no doubt whatsoever that eating animals is cruel.

You will think all of these things on Vis, if you go (you should go). What you might not think about is rappers. What you might not do is drink a lot of Grasevina and invent the best game in the world, involving rappers and their star signs. Or maybe you will. We are all different. It’s fine if you don’t invent this game on your own, though, because I am going to teach you how to play it. You just need a pen, some post-its, a vague idea of the characteristics of each star sign, and some convictions regarding the personalities of different rappers. If you don’t care about rappers then you can do it with any group of famous people of your choosing, although rappers are good because there are a lot of them and they do a lot of activities, so it is easy to make sweeping assessments of their characters. You should choose rappers.

Here are the rules:

This doesn’t sound like a fun game but it really, really is. You will learn so much! You will learn that you are surprisingly competitive about incredibly stupid shit. You will learn that Danny Brown is for some reason a Pisces. Seems insane. You will learn, as I said, that essentially everyone in the industry is a Gemini. Seriously. Kanye, Kendrick, Biggie, Big L, Tupac, Lauryn Hill, Andre 3000, Ice Cube, and a whole lot of other ones I can’t remember because it was like 3am by the time we finished. It’s a good game, and you should play it, because you will learn a lot. Travel broadens the mind.