Posted at 13:24h in Illustration, Photography by Nikki Zakkas
0 Likes

Asides from being multi-skilled and talented illustrators, filmmakers and street artists, plus more, Abi and Claire Meekel are both studying a degree in film at Wits University. On set in Parkview, Johannesburg, last week, the two – who are actually part of a set of triplets and best known for their cartoon-esque character illustration named Meëk Meëk, which they prolifically draw everywhere – share how they haven’t slept in five days: filing assignments, writing 4000-word essays, creating animation and sound scores. And even hosting their first event at Joburg club, Kitcheners, where they made their DJing debut.

Aart Verrips’ life isn’t too far from the sisters’. The pioneering and passionate photographer is hugely in-demand. When not on set shooting lookbooks for major local labels, such as Rich Mnisi’s Spring Summer 2017, which featured on Vogue Italia, you’ll find him pulling ideas for new photo series.

For Spotlight, Aart does more than photograph portraits of Claire and Abi, the collaboration between the three sees the sisters become canvases on which their Meëk illustrations and animations are projected onto. Resulting in one-of-a-kind visuals; photographs and video.

Claire and Abi, can you tell us about your online identity as Meëk?
Claire and Abi: Meëk was started two years ago as an art page and an online visual diary. After a trip to Europe we had all the inspiration we needed. We both decided that we would create Meëk together, building up this character and covering the world with our art.

When did you begin making art?
Abi: Our parents are both artists. I have always loved to draw and used to spend most of my days creating pages filled with characters and places. I started drawing at the age of three and never stopped.
Claire: My earliest memory of wanting to make art was when I was three years old. I sat on my dad’s lap learning how to use a 1999 mac computer.

Aart, what about you? When did you decided to use photography as your main medium?
Aart: Three years ago. After a career as a pastry chef, I realised that it was not what I wanted for my life and I moved from Cape Town to Johannesburg. I’ve never looked back. I love what I do now and I think I have finally found my thing. So many people never find that one thing. In that sense I’m very lucky to have found mine. 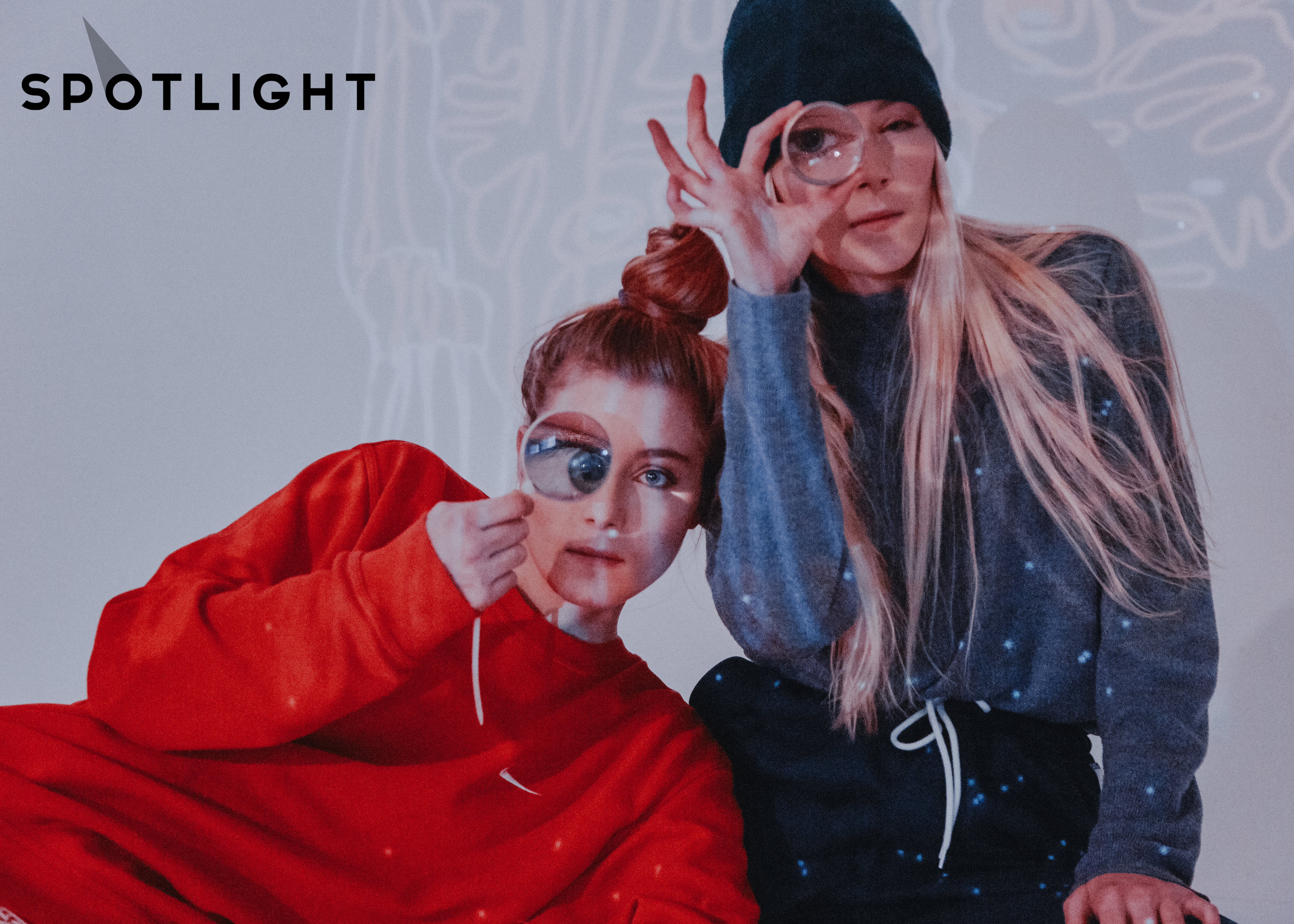 Claire and Abi, what does Meëk mean to each of you? What are you exploring through your imagery of the character?
Claire and Abi: Meëk is our left foot. Meëk has various symbols and imagery that we repeat throughout our art pieces. The crown, eye, hands, birds and stylised people. They mean different things, but its all up to the viewer really. How they see it is what’s important.

In some ways, uploading your work to social media is like exhibiting it. What do you like about displaying your art online?
Claire and Abi: The best thing about Facebook and Instagram is that our art can reach more people around the world and communicate with other artists, collaborators and viewers easily.

This project was a collaborative process. Tell us about the concept and style behind the shoot. What was it like to work with each other?
Abi: The concept was to incorporate projections of our animations and artwork in the shoot. We had a specific style in mind that would link us as artists to our artwork. The primary colours, our fashion and objects that we brought to the shoot that inspire much of our work was incorporated. We used various materials to draw on, a lot of it was improvised, fun and spontaneous, which is how we work. 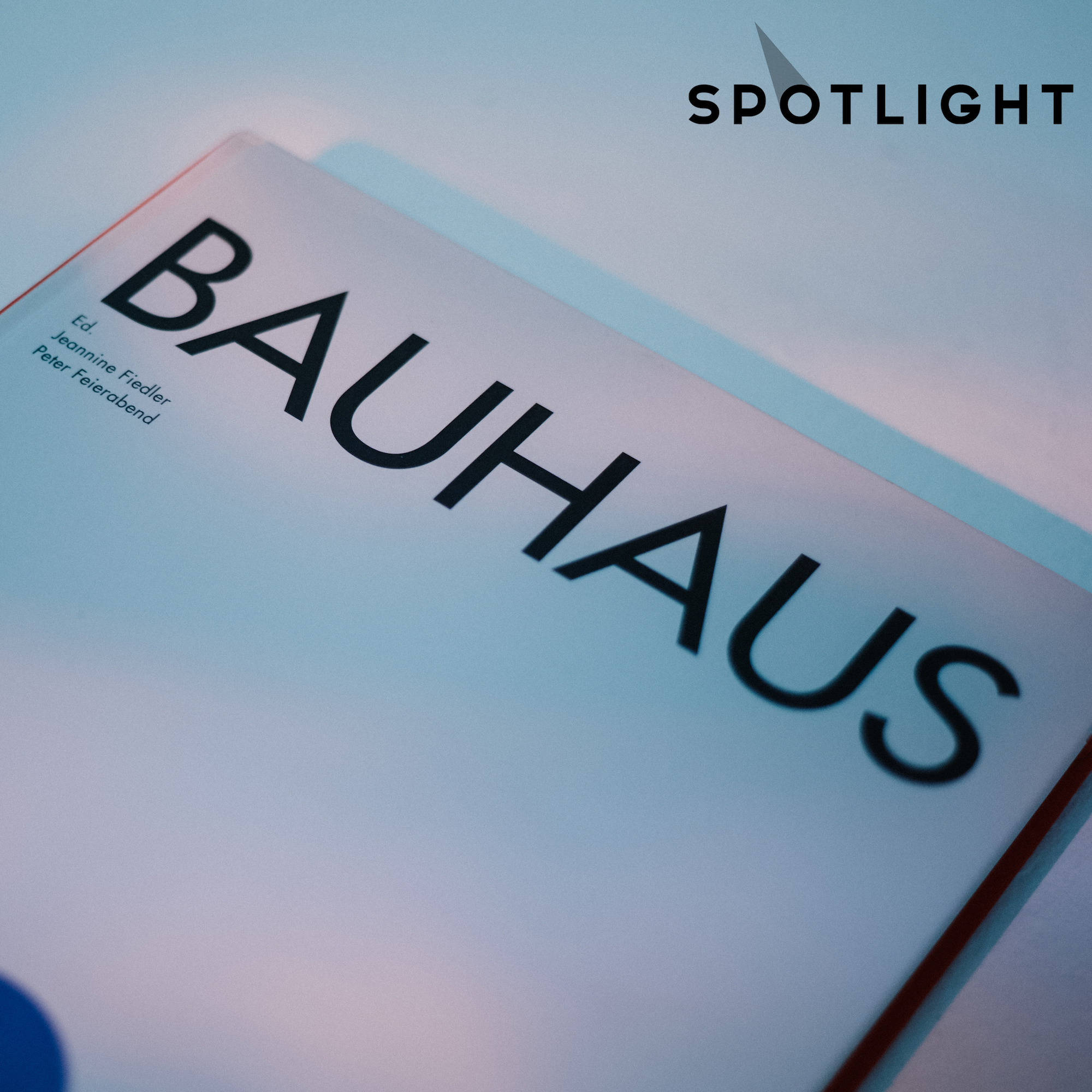 Claire: We loved working with Aart. He’s an amazing photographer and feels that the process leading up to the shoot is very important. We all had a similar concept and style that we wanted to work with. We communicated this to one another and incorporated it to make something quite extraordinary. There’s more we would like to do together.
Aart: From the get-go there was a mutual respect between us. When I found out that we were assigned to each other, I was excited and there were so many ideas running though my brain about how to shoot it. We got to sit down and have a meeting; the concept made sense and we had the same vision. So that confirmed we were on the right track to collaborate and make amazing images. On the day of the shoot, I think our visions merged 100%.

And what about the Bauhaus reference in the shoot?
Claire: We draw a lot of our inspiration from Bauhaus because the movement lived through different variations of art. It had its specific principals of design that could be seen through furniture, architecture, fashion and music at the time. With Meëk we like to do the same. We have specific colours we use, red, blue and yellow. The style of Meëk is seen throughout all our mediums. I’d like to think that Meëk does have some influences drawn from the movement’s unique approach to design. 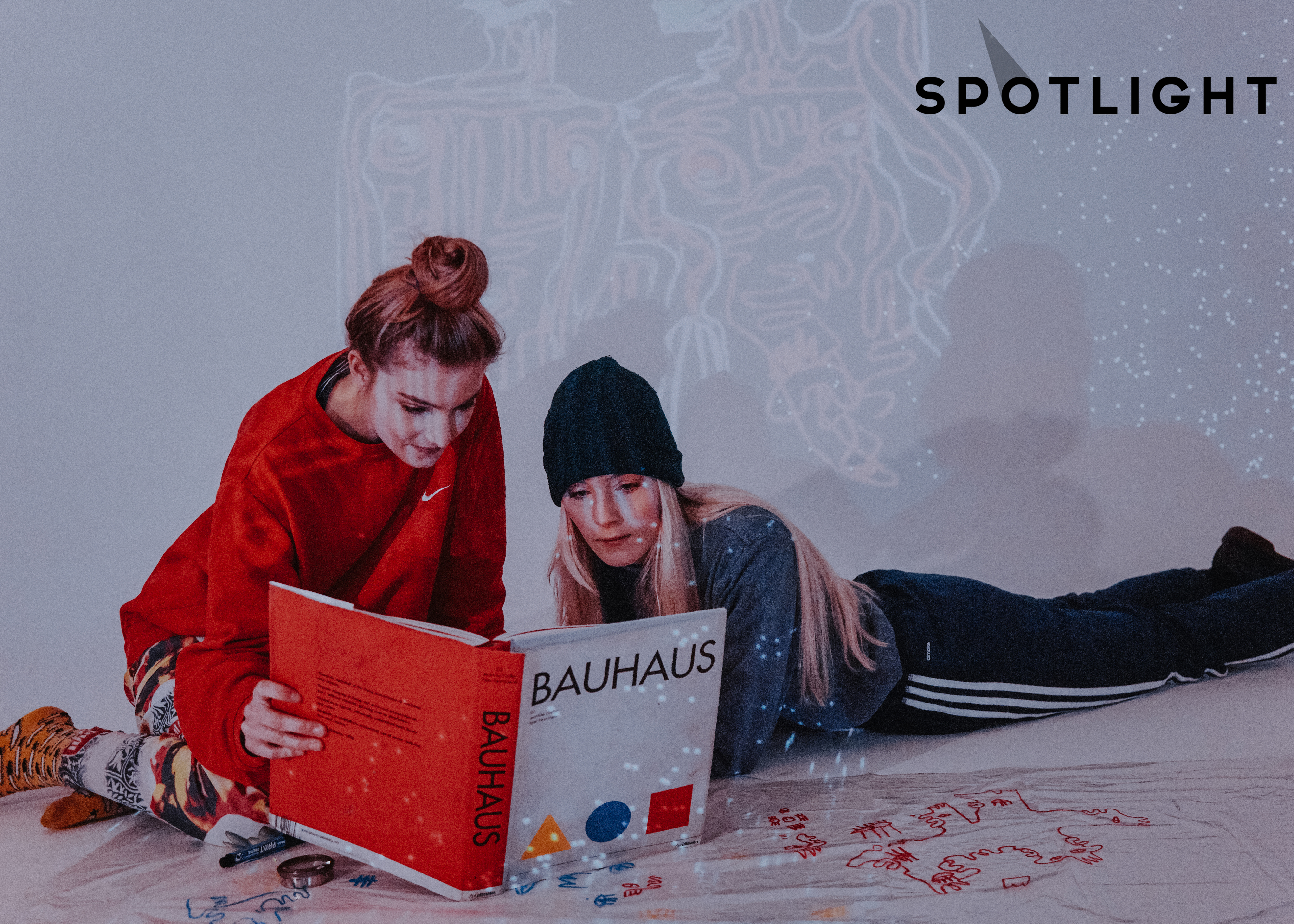 Aart, what does your creative process entail from conceptualisation to execution of a shoot?
Aart: It starts with a small spark and this can come from anywhere. Most of the time it comes from unexpected places, things or even words. From there I start playing with the ideas in my mind. I get a team together: hair and make-up, a stylist and models. On personal shoots it is a collaborative effort. We all need to be happy and excited about the outcome. We go and get a location or studio, get our ideas finalised, create mood boards and shoot.

Claire and Abi, are you partial to any specific medium, or do you enjoy the challenge of working across different ones?
Claire: We have a list of mediums we work with, some of which include animation, illustration, film, embroidery, sculptures, installations, design, graffiti, fashion and painting. Sound and photography are important but we mostly work with these mediums outside of Meëk, individually.
Abi: Sometimes it is challenging working with so many different mediums but that’s what we like about it. Meëk travels through different forms and dimensions but there is a specific style and feeling that stays within all of our art pieces. At the moment animation and embroidery are what we prefer working with, but that changes when new ideas emerge. 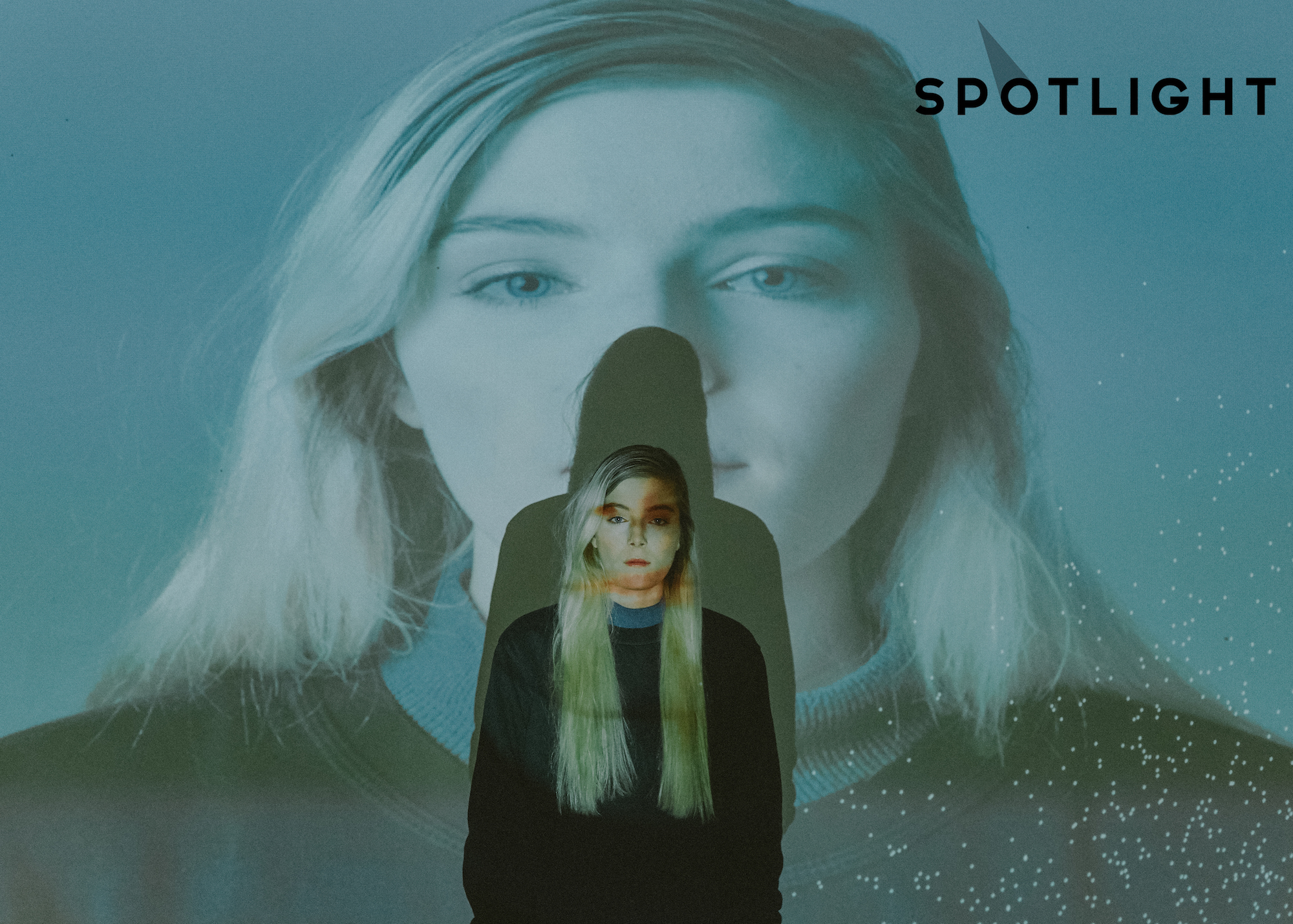 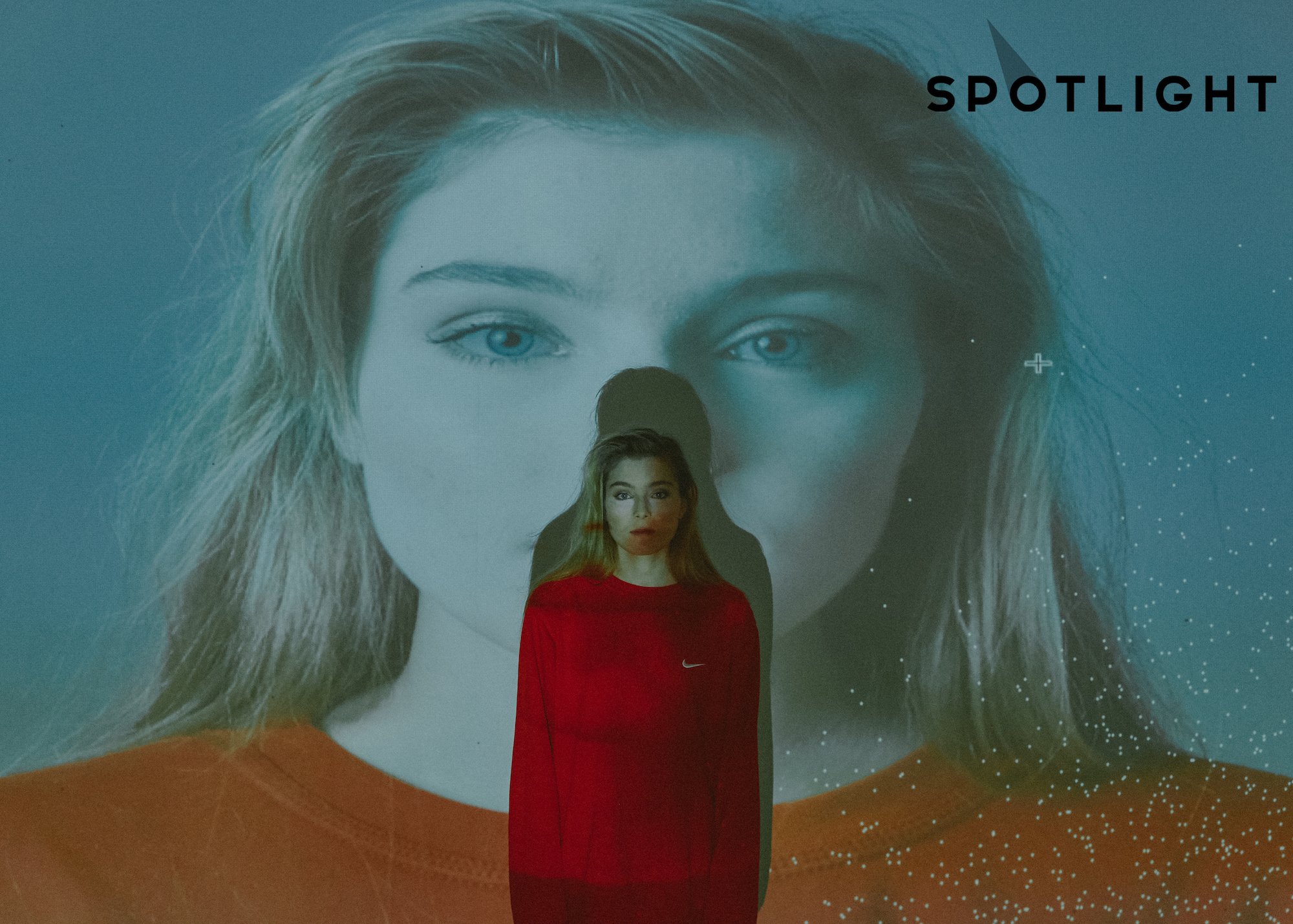 What are each of you working on at the moment?
Aart: I’m working on something exciting, a new exhibition and some new international magazine work that will pop up soon but I’ll keep you in the dark for now. I can’t reveal all of my secrets at once.

Abi: We’ve just released an animated music video that we made last year for a musician, Luke Davidson. More art exhibitions are happening later this year, installations are being planned and we are painting a massive mural sometime this week on a wall at Kitcheners. We have also just hosted an event called Air 2.0 that will happen regularly at Kitcheners.

Claire: We have some of our lino-cuts and embossed prints being exhibited at an exhibition space in Ellis House, New Doornfontien from the 13th- 23rd of May. It is hosted by the Dead Bunny Society. We recently did some art direction for a ‘We are Charlie’ music video which was a lot of fun. We also painted a friend’s body with white paint and made a massive 5 by 5 metre artwork for a backdrop in the music video. 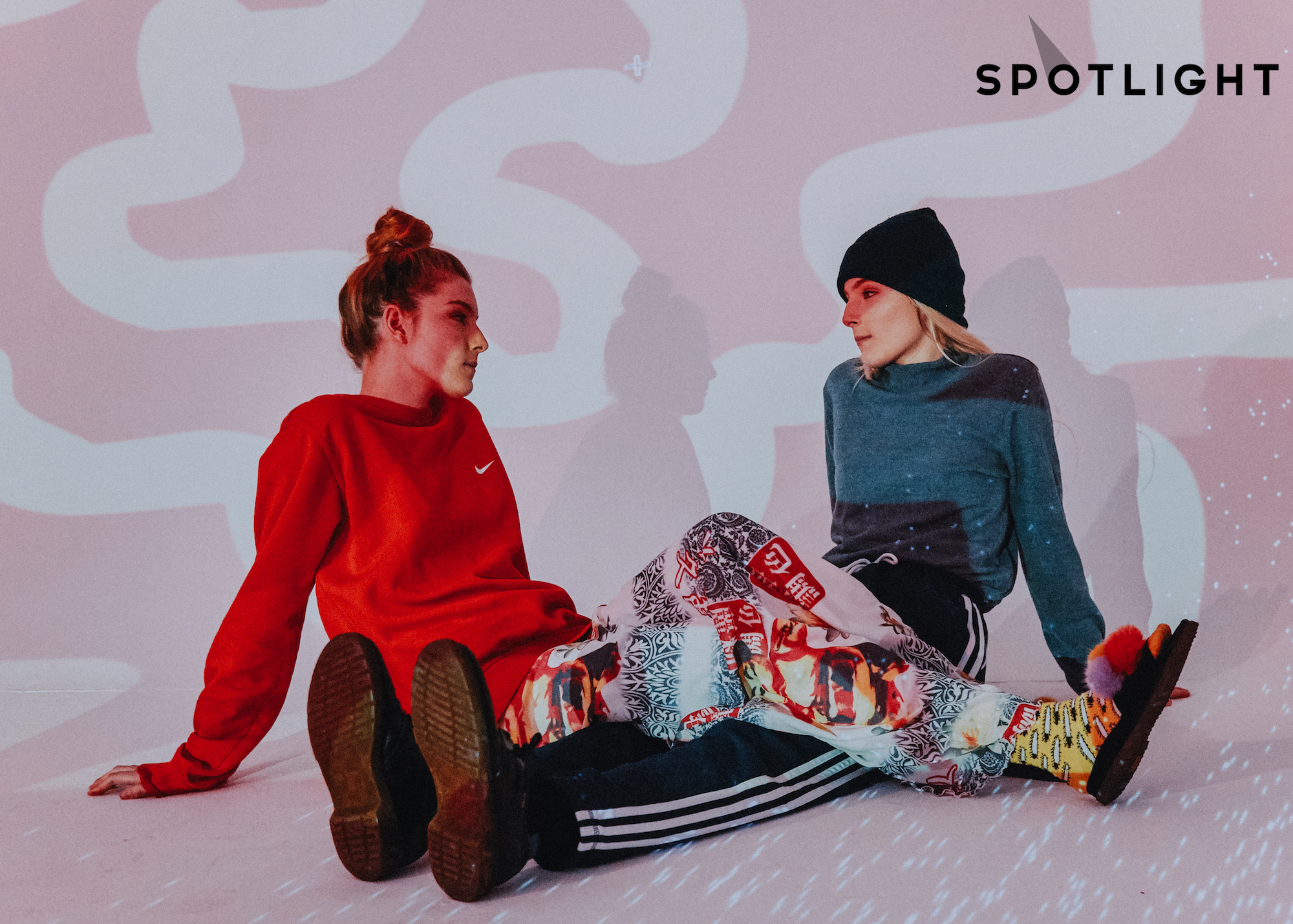