Posted at 11:22h in Featured by Nikki Zakkas
0 Likes

It’s mid-afternoon on a busy street outside a traditional herbal shop in Newtown, and singer-songwriter Jojo Abot is coming alive in front of photographer Kgomotso Neto’s lens. Dressed in a mix of designer pieces, traditional garb and items she created herself, and with her high-shine metallic make-up glinting in the sunlight, she is a vision.

On set I meet the artist, and the minute she shakes my hand to smilingly say ‘hi’, my nerves vanish. In person Jojo Abot – who prefers to be called by her full name or in variations of Abot, but never just Jojo (except by close friends, she says) – is as lively as her songs. And emanates a warm and bubbly enthusiasm a day before she starts her Southern African tour.

After the shoot, the singer and I head back to her Airbnb in Maboneng. Sitting together on the building’s stairwell, looking onto highways and skyscrapers as far as the view stretched, we speak about her upbringing and the magic of music. She is open and thoughtful throughout our discussion. 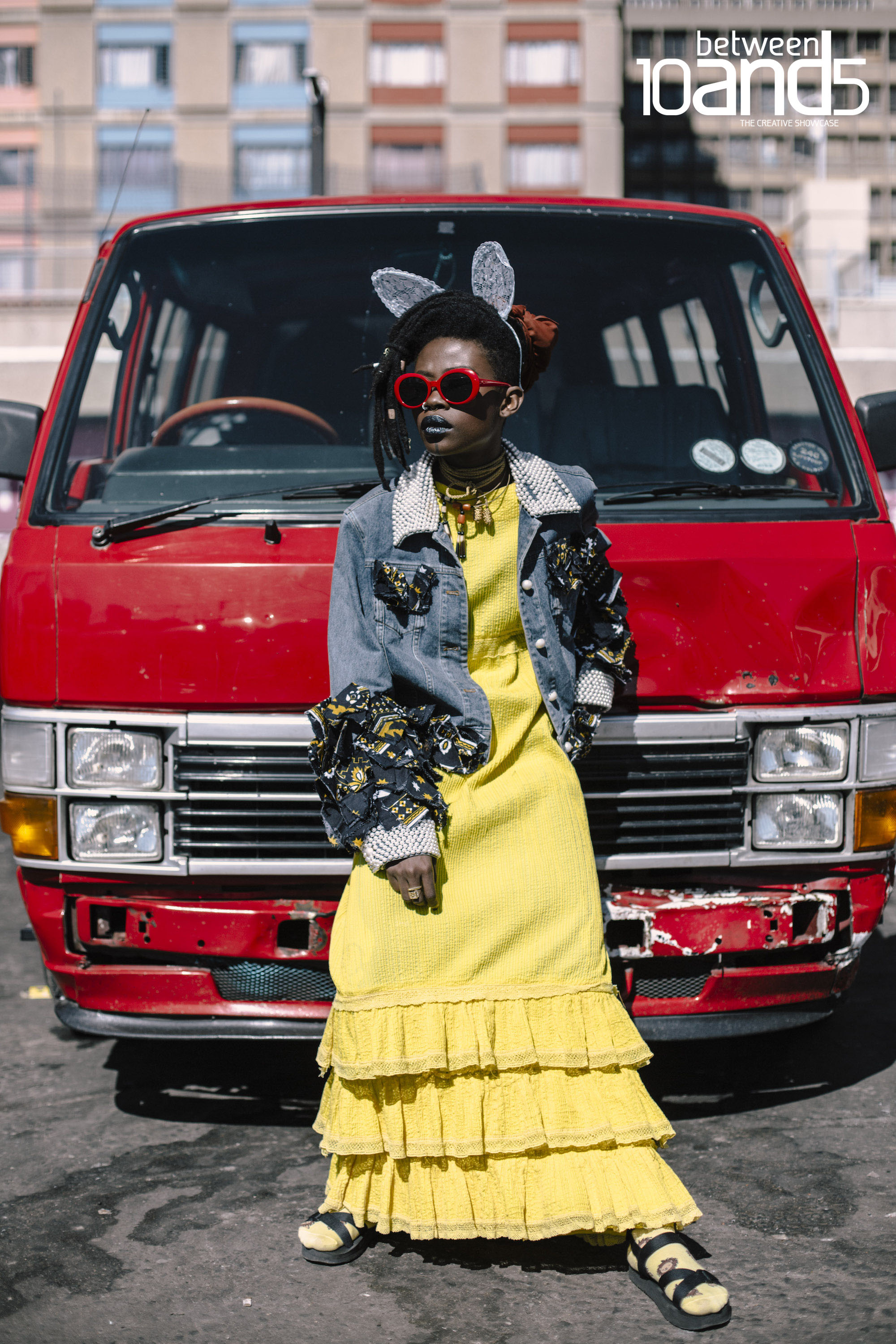 Born in the Volta Region of Ghana and now living in New York, the artist’s native country and Ewe ethnicity have had a huge influence on her craft. She emphasises the provenance of artistic tradition in her cultural heritage. “Music has always been in my family,” says Jojo Abot, who refers to her family structure as beyond the nuclear family or “western idea” of family. Instead, she includes “aunts and uncles, and people in our community” in the mix.

“I used to go to church and you had to sing. Or at home you sang with your family. Everybody sang because it was a form of expression. It wasn’t formalised. Perhaps I have been spoiled by the abundance of music,” she says.

“Music has always been political.
Whether it has intended to be or not.” 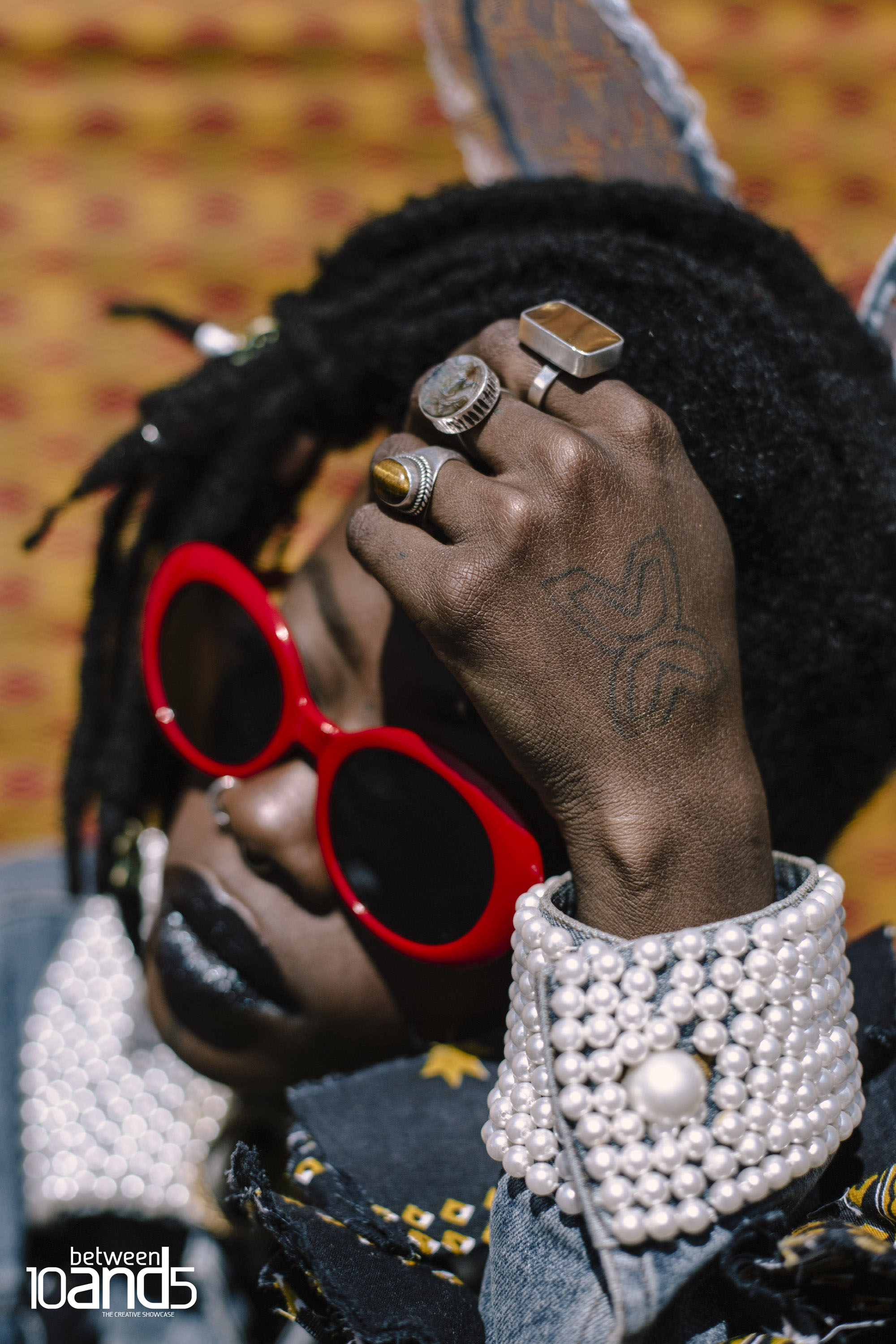 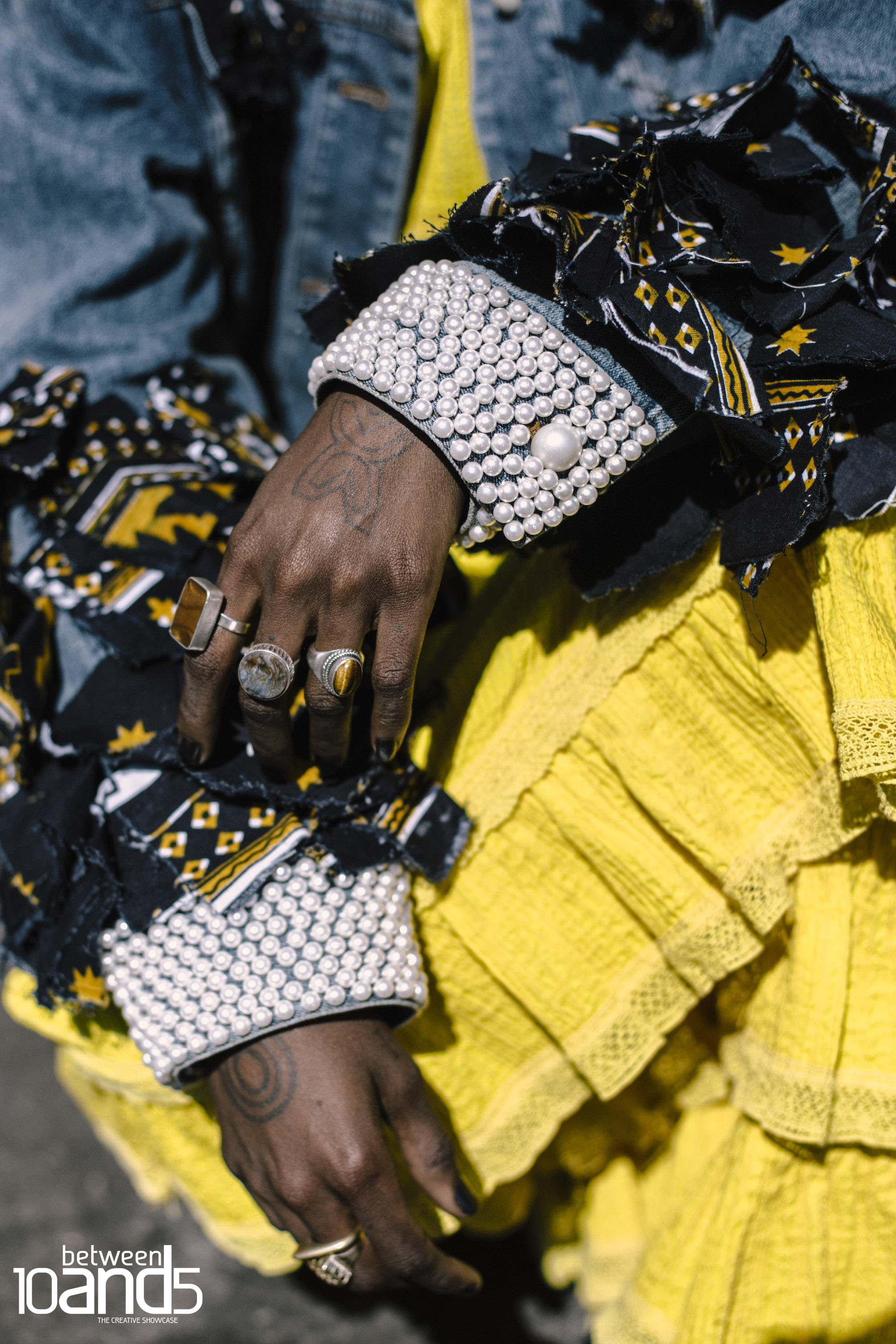 “I have always encountered creativity because I was born in a very creative space, into a very creative family. It was also not in a western sense. It was just the way of life. The western idea of creativity is, ‘is your family creative?’ Meaning, ‘do they create formally’. I think that my tradition is creativity. If a westerner was looking at my culture from the outside in, it’s creativity, it’s inspiration, it’s a mood board. But for us, it’s a way of life.”

Jojo’s songs make a statement. She is concerned with creating a dialogue that is about pushing the female and pan-African agenda, acknowledging the power that music has to empower people. “Fela Kuti, Lucky Dube, artists from Ghana like Ebo Taylor and what their music can do to your psyche and your sense of awareness [is powerful],” she says. “Music has always been political. Whether it has intended to be or not.”

A covert political ethos is manifested throughout her six-track EP, Fyfya Woto, which was released in 2015 and roughly translates to “new birth” or “discovery”. The conceptual work is a conversation around shared space and shared identities, inspired by a visit to Fort Prinzenstein, a site built by the Danes in Keta, Ghana in the 1500s to hold slaves before before transported to the Caribbean. 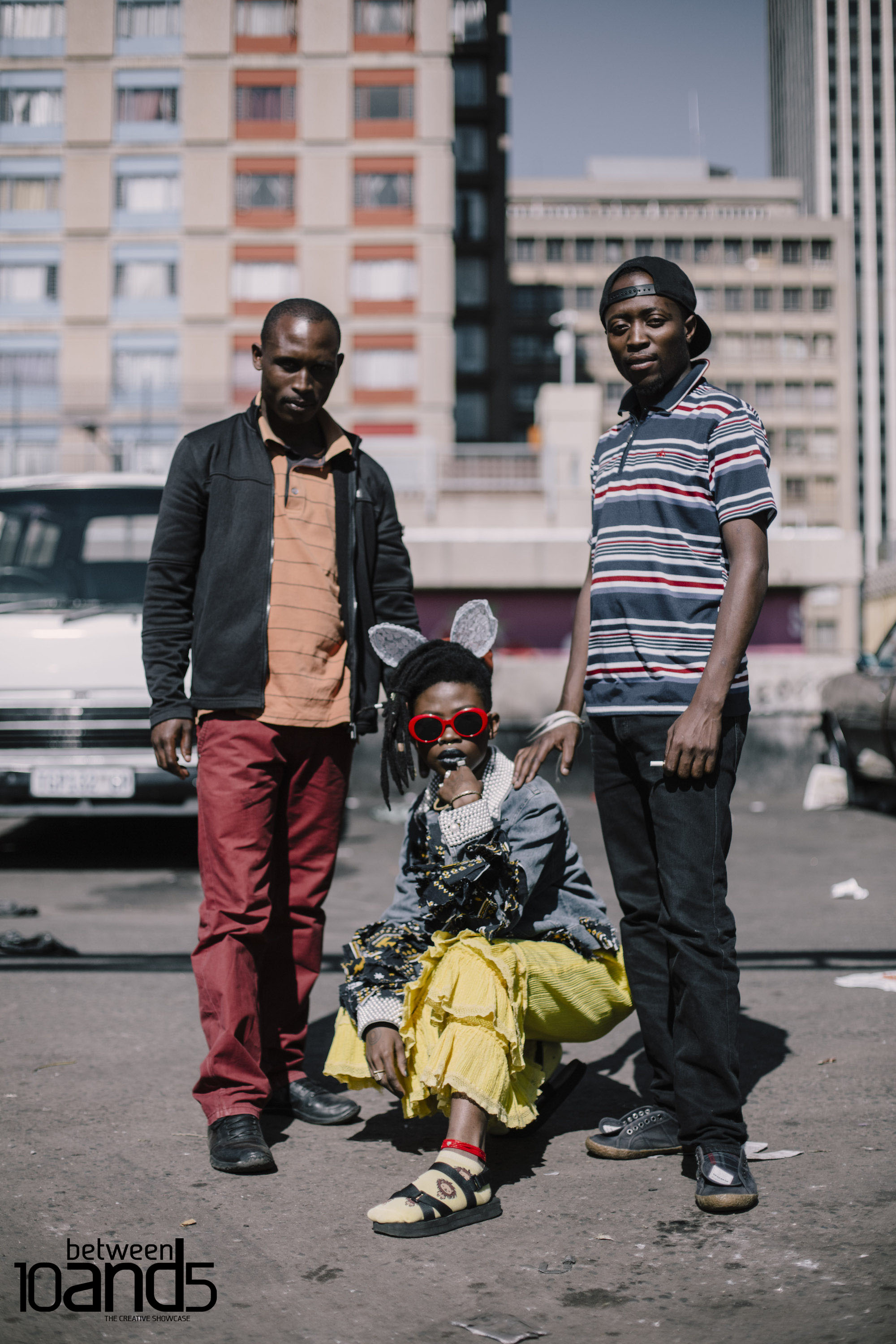 She addresses the past, dating back to the beginnings of the slave trade in Ghana in the body of work, which follows the fictional, title character Fyfya during the 1700s as she’s, “caught in a comprising position with her Caucasian lover…and brought before a traditional tribunal. It tells the story of their punishment and the repercussions of their supposed sin. I think as a body of work it explores: tradition, culture and myth.”

“So I have always enjoyed acoustic instruments because where I come from we have a lot of traditional instruments. Our line-ups usually contain maybe 20 people playing, so it’s kind of like an orchestra. That is where I started before getting to the West and experiencing a guitar, a base, a drum kit and all that stuff. I started from a very traditional musical space.” 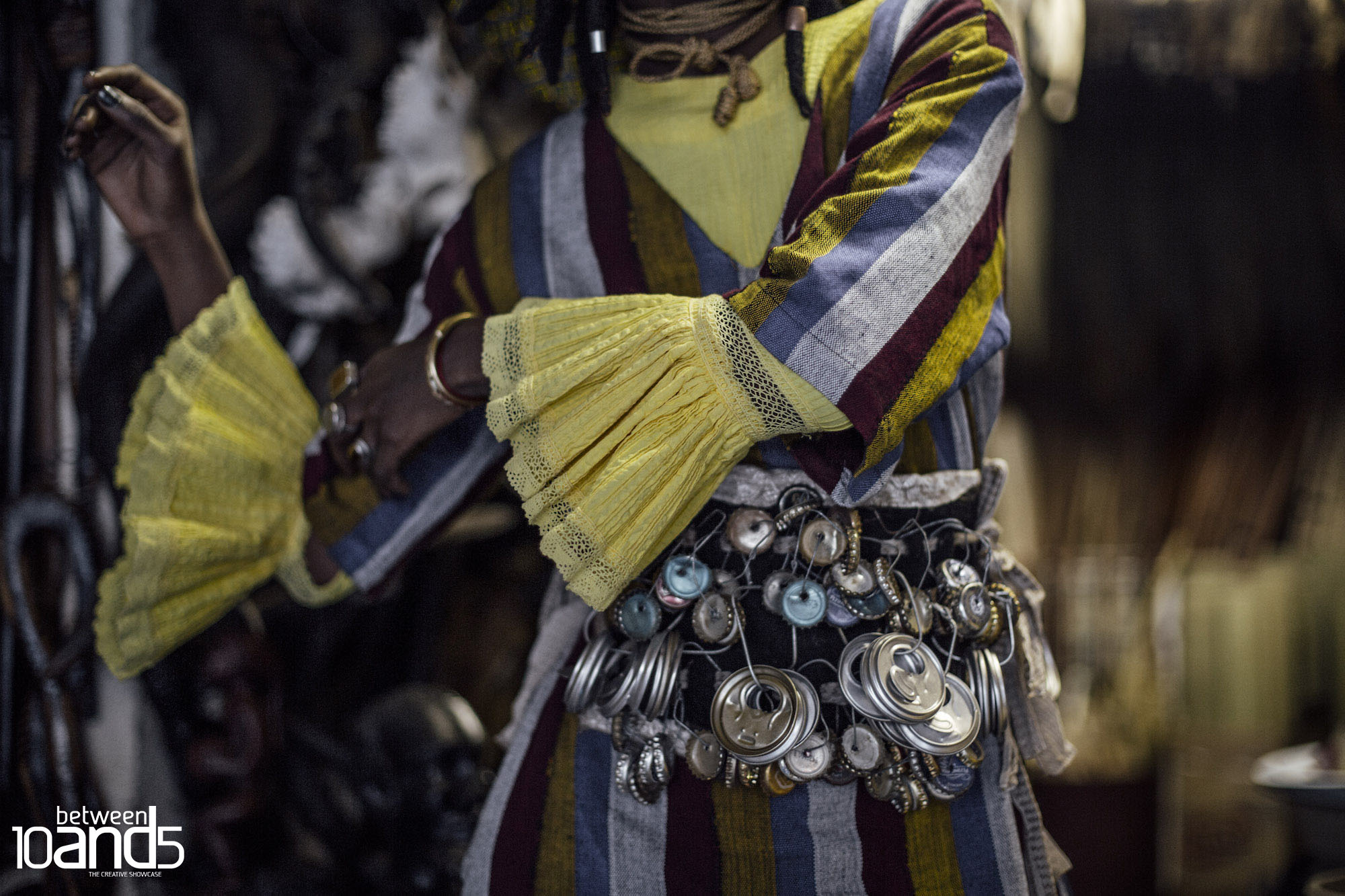 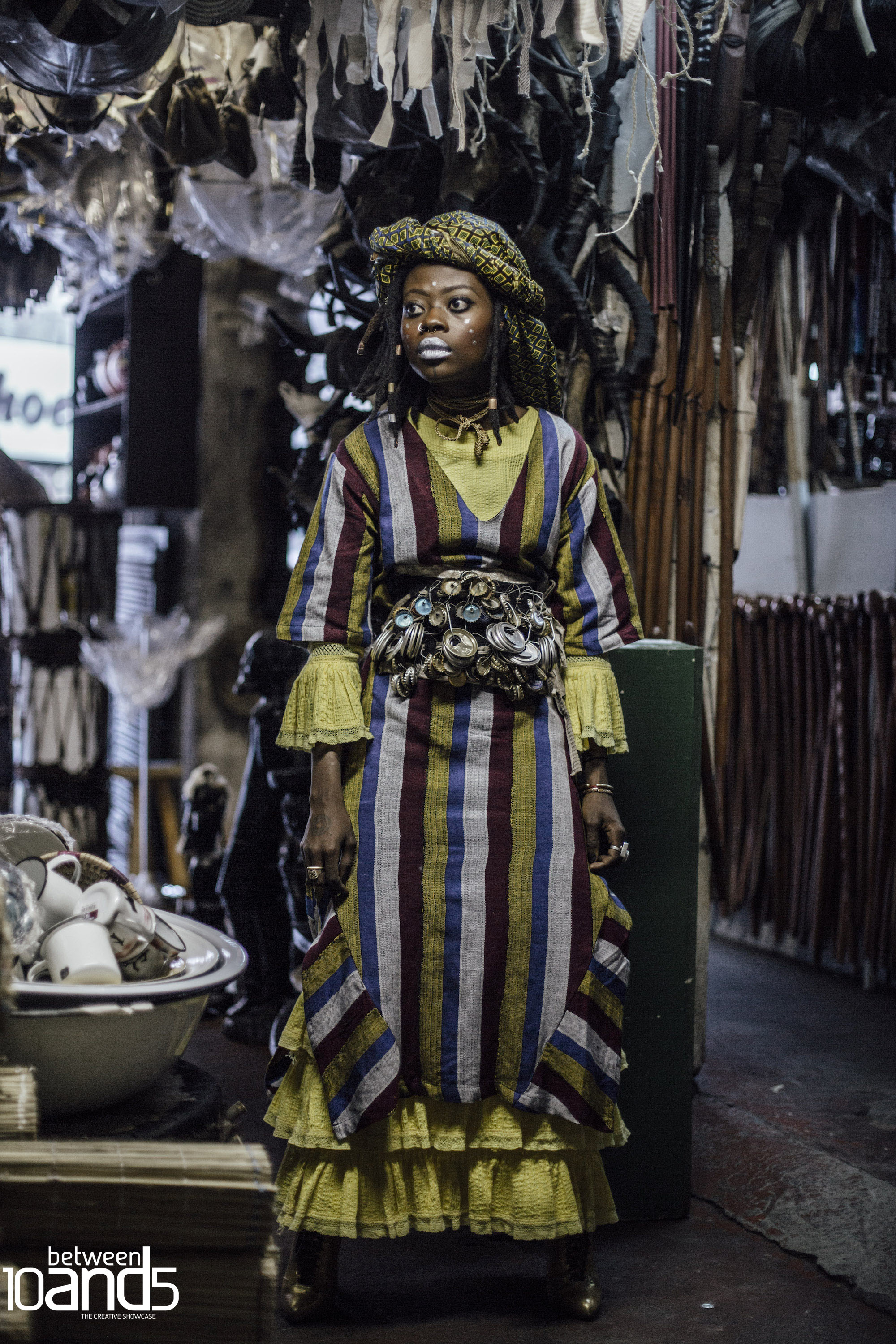 Reaching the bottom of our coffee mugs, we reflect on her first full day spent exploring downtown Johannesburg. I ask for her impression of the city. “So far my experience has been mixed but all around enriching. Joburg’s got energy, that’s for sure. I think there has been a sense of paranoia and fear that has been induced that I have never really experienced anywhere and it makes me empathetic.”

Her worry is unsurprising, Johannesburg has long had a global reputation for being crime-ridden. Jojo shares with the crew the warning she’s received about the “dangers of Joburg”, while conversations of the day involve the abuse, mistreatment and harassment of women at the hands of South African men, prompted by the recent tragic murder of Karabo Mokoena circulating in the news at the time.

Jojo Abot will be performing at Glory, Melville on 25 May and at Zakifo Festival in Durban on Sunday 28 May. 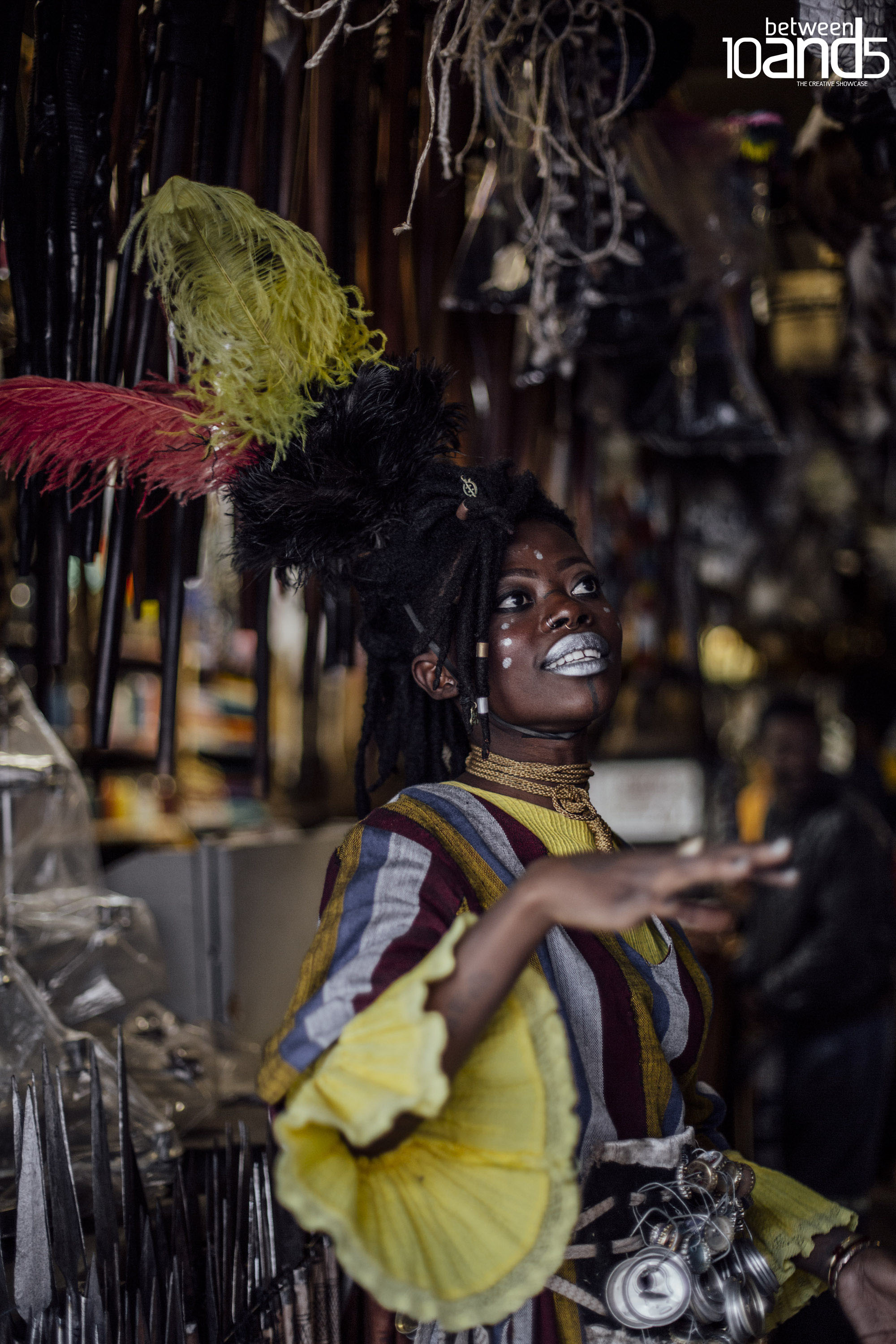 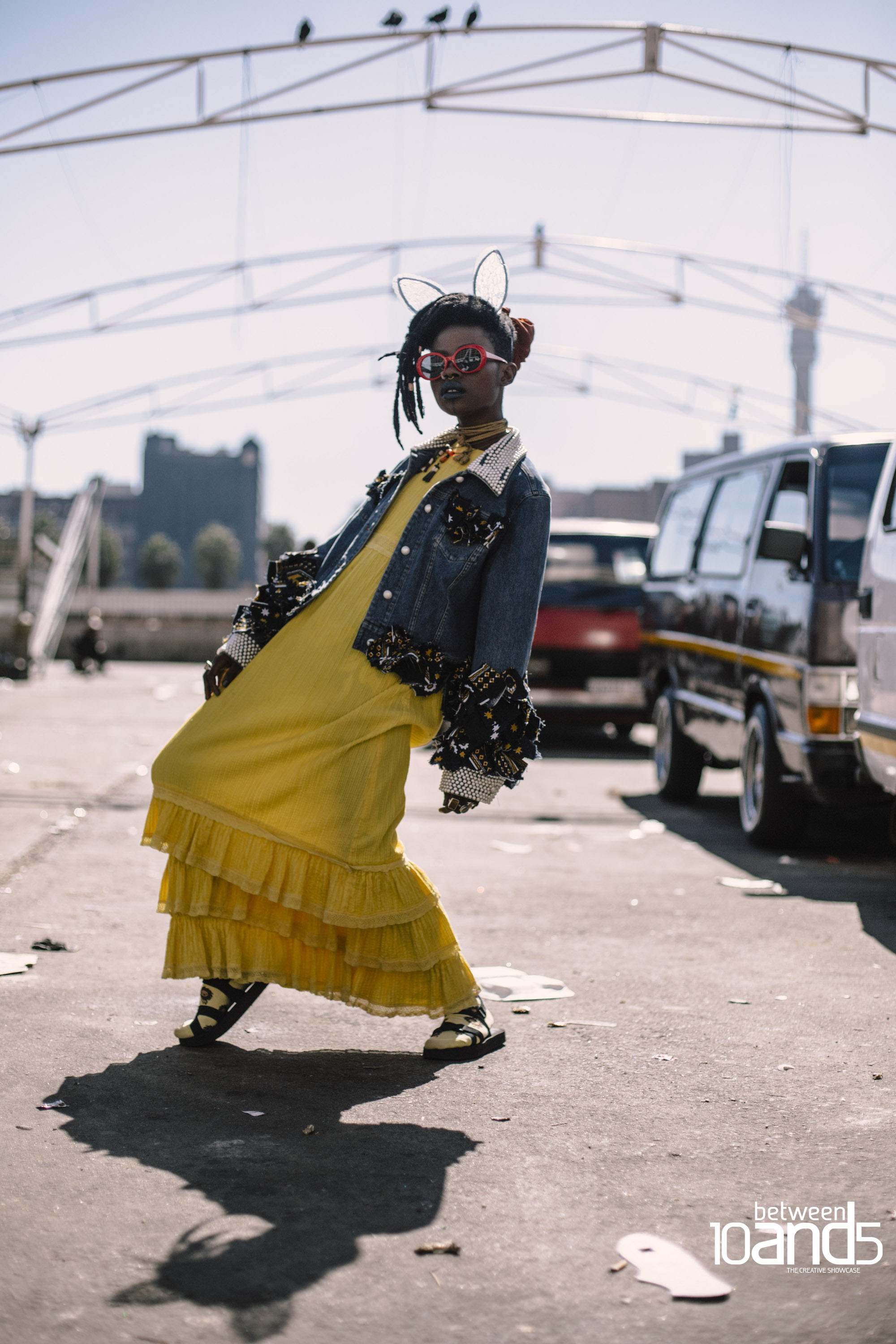 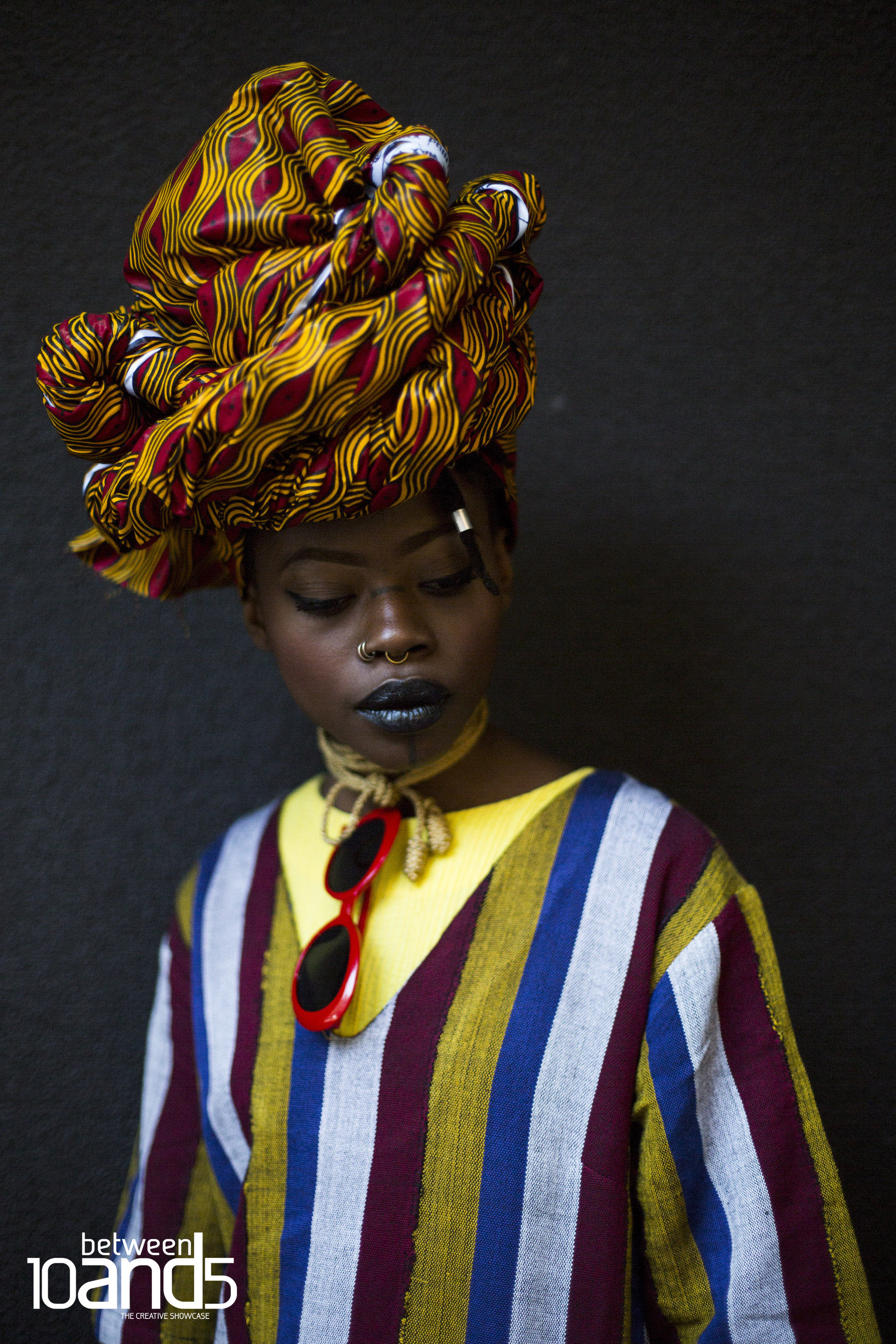 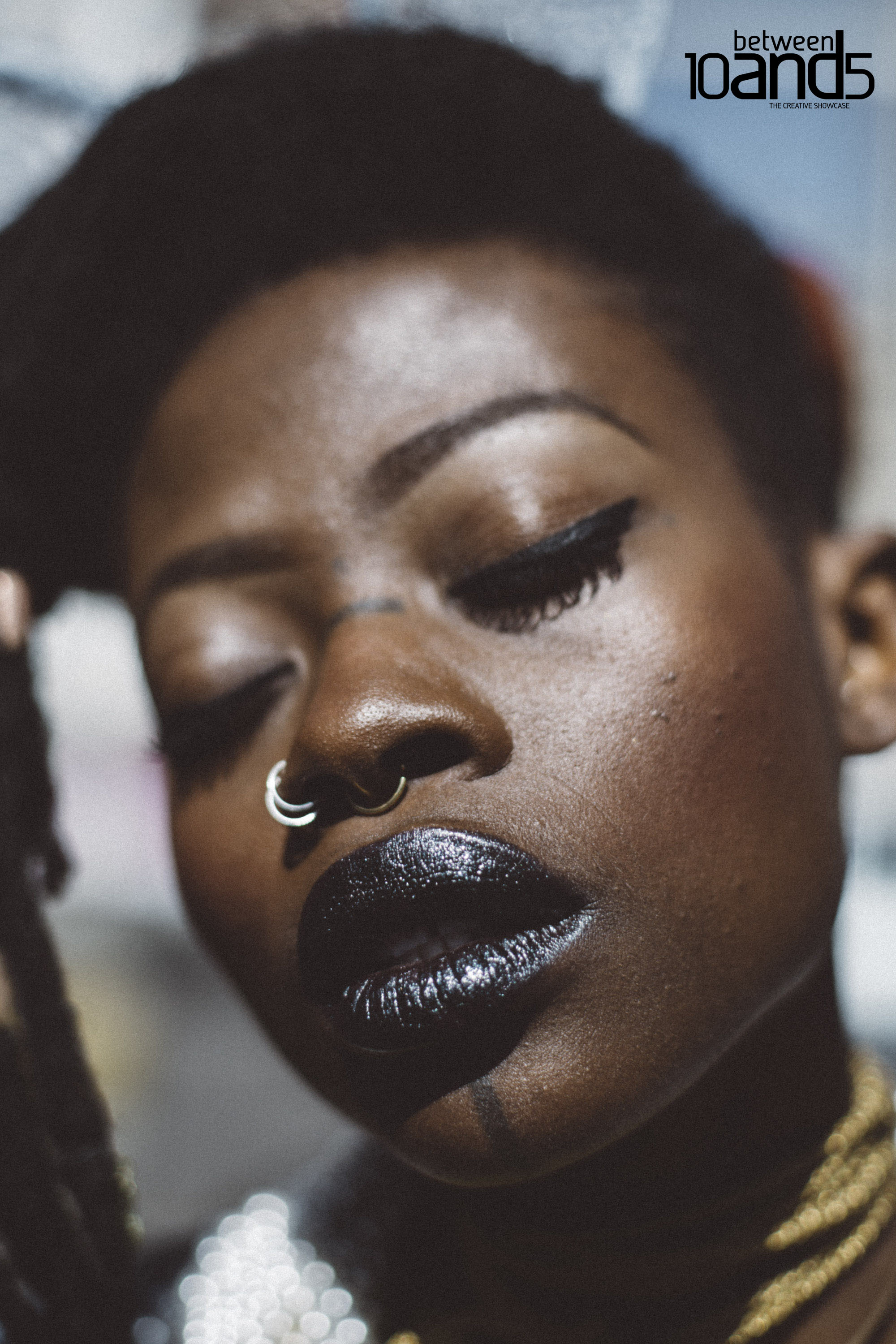