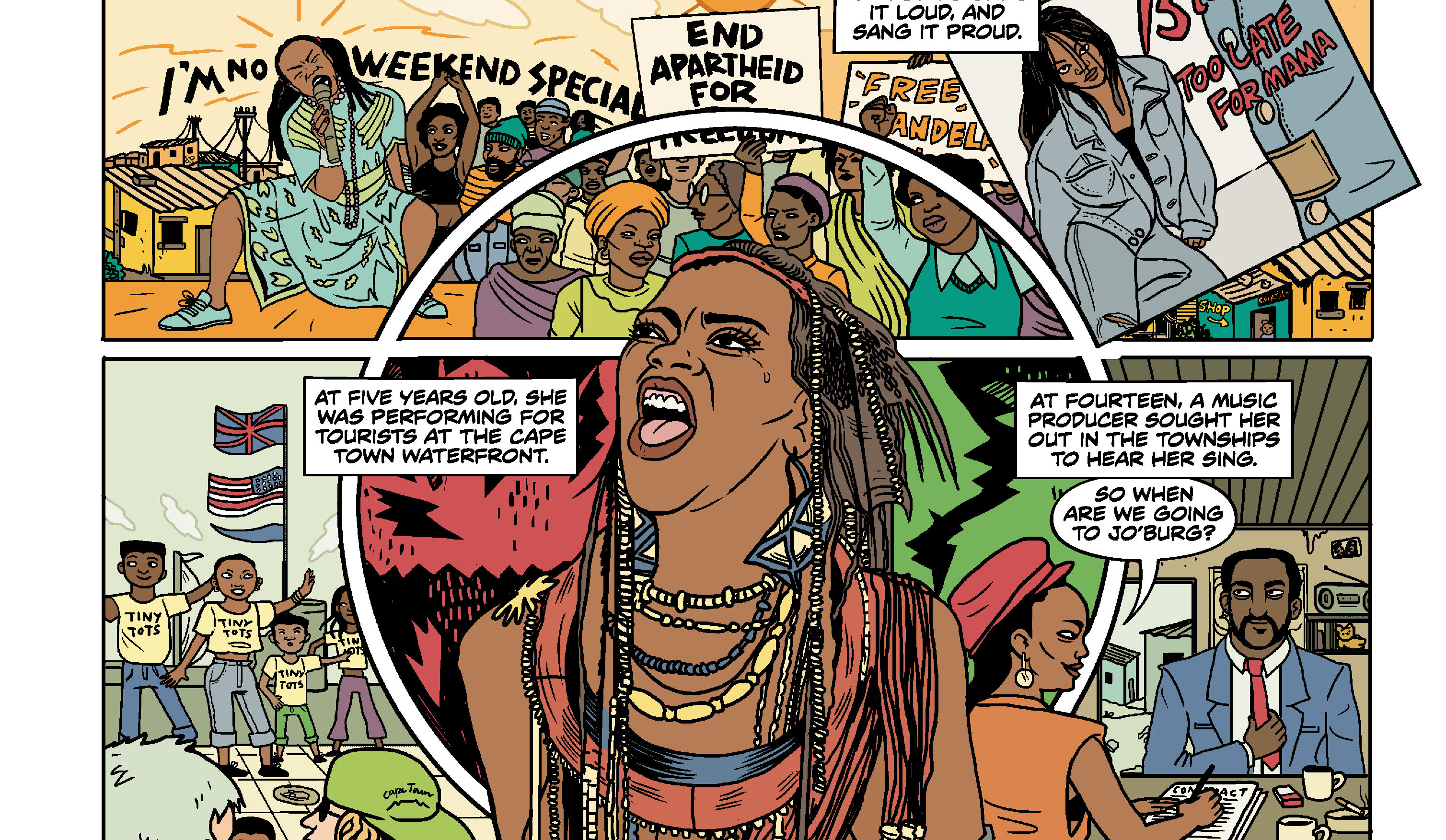 Posted at 11:46h in Comics by Gabriella Pinto
0 Likes

South African author Lauren Beukes and illustrator Anja Venter are the comic dream-team part of the crowd-funded Femme Magnifique, an anthology focussing on game-changing womxn of history. Over 50 individual stories of womxn working in the fields of science, art, politics and more make up the hardcover anthology. Lauren and Anja chose to tell the story of the late legendary South African musician Brenda Fassie, otherwise known as MaBrrr.

We caught up with Lauren and Anja about the Queen of Pop’s compelling story, the process of creating comics and what excites them about being part of the project. 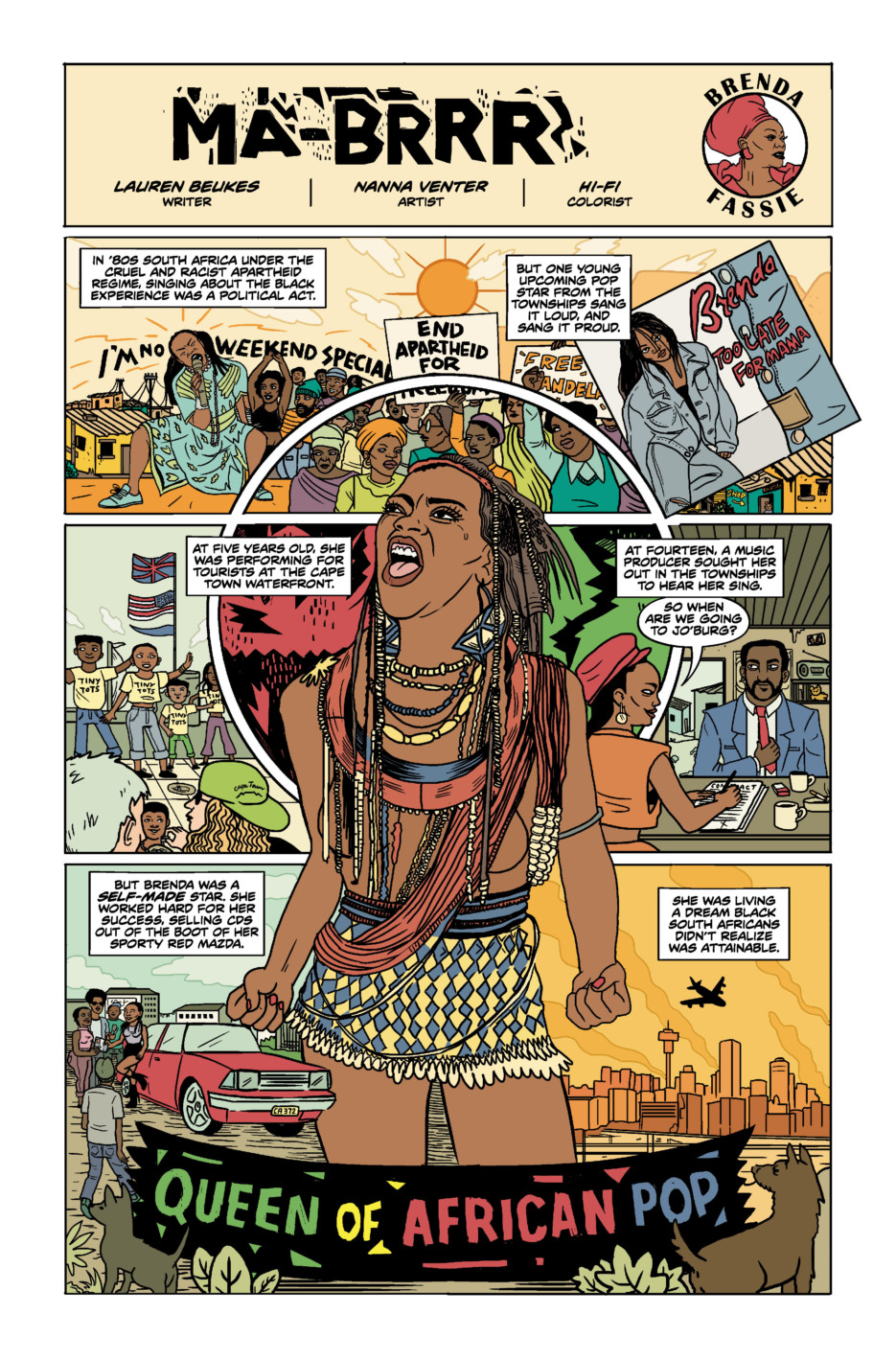 Could you share how you got to create a comic book about Brenda Fassie?
Lauren: I’ve written about her previously, for my first book, a pop history called Maverick: Extraordinary Women From South Africa’s Past. When legendary comics editor Shelly Bond approached me to do a three-page biographical comic on an iconic South African woman for the Femme Magnifique anthology, I considered a couple of options from Dolly Rathebe and Lilian Ngoyi to Ruth First, Fatima Meer, Caster Semanya and Sara Baartman, to name a few off the top of my head. But Brenda felt right.

She was brave enough to be exactly who she was; outspoken, outrageous, gorgeously indulgently sexual rather than pre-packaged sexy, a self-made superstar who built her career from nothing, and also, tragically, destroyed herself, who made the personal political in her music, singing about the township experience, and that of black womxn in particular. Brenda raised her damn voice.

How is your representation of Brenda different from traditional depictions of women in comics like DC and Marvel, for example?
Lauren: She’s not a superhero. She’s a real person. We aimed to represent who she was: powerful, provocative, political, outspoken, owning her sexuality, with her own iconic style through the decades. It’s much more of an indie memoir comic project (more comparable to something like Persepolis or Blankets than Wonder Woman or Avengers.)

As white womxn, how did you go about telling the story of Brenda Fassie?
Lauren: It was something we were hyper-aware of, going in. We’re not telling the story in her voice or trying to speak for her. It’s a personal reflection on a fearless life and what her cultural legacy has meant for South Africa. We tried to do it with respect and love, in three pages. 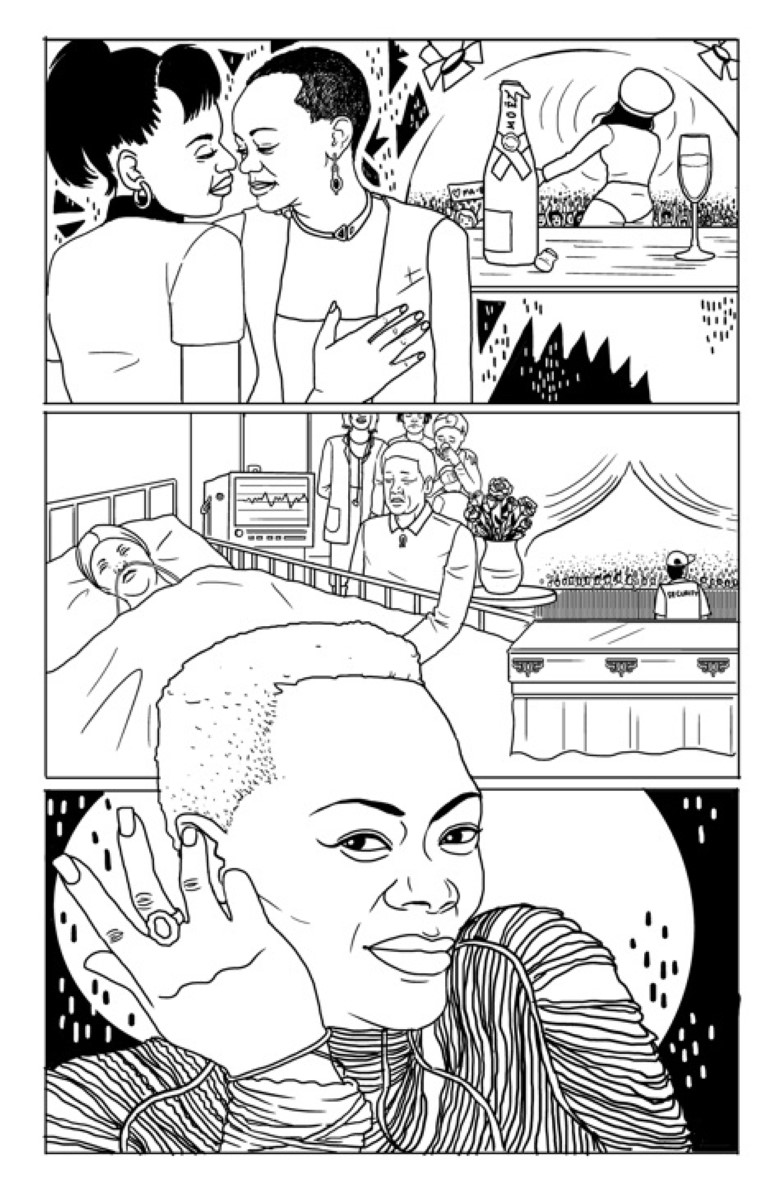 Lauren, you’re also a novelist. How do you adjust your storytelling approach when creating comics?
Lauren: I worked in kids animation for a long time as the head writer on URBO: The Adventures of Pax Afrika, so I’m used to thinking visually and writing for an artist. I think that’s had more of an impact on my novel-writing than novels have had on my comics!

You have to be punchier and cleverer with comics writing, to find a way to condense the plot and let the art do a lot of the work, trust in your artist. And the bit that really hurts me, cut back on the dialogue. I really, really love dialogue, but you have to cut it back to only the most essential words, that reveal character or move the plot along.

How did you come to work together and what was the process like?
Anja: When Lauren told me about the project, she was in residency in Bellagio and the first deadlines had already passed. We pretty much had to make the decision to go for it, I remember writing a mail, which read, “Solidarity or bust!” knowing we’d have to make it happen in record time.

Then we pretty much mailed each other ideas, starting with Lauren’s piece on Brenda from Maverick. I put together rough breaks and pencils, after which Lauren re-wrote the script again to better fit the scamps. We got approval from the editor, I inked the pages, it was sent to a letterer to balloon the text, and then Brian Miller – who has done extensive colour for DC and Marvel – coloured it. 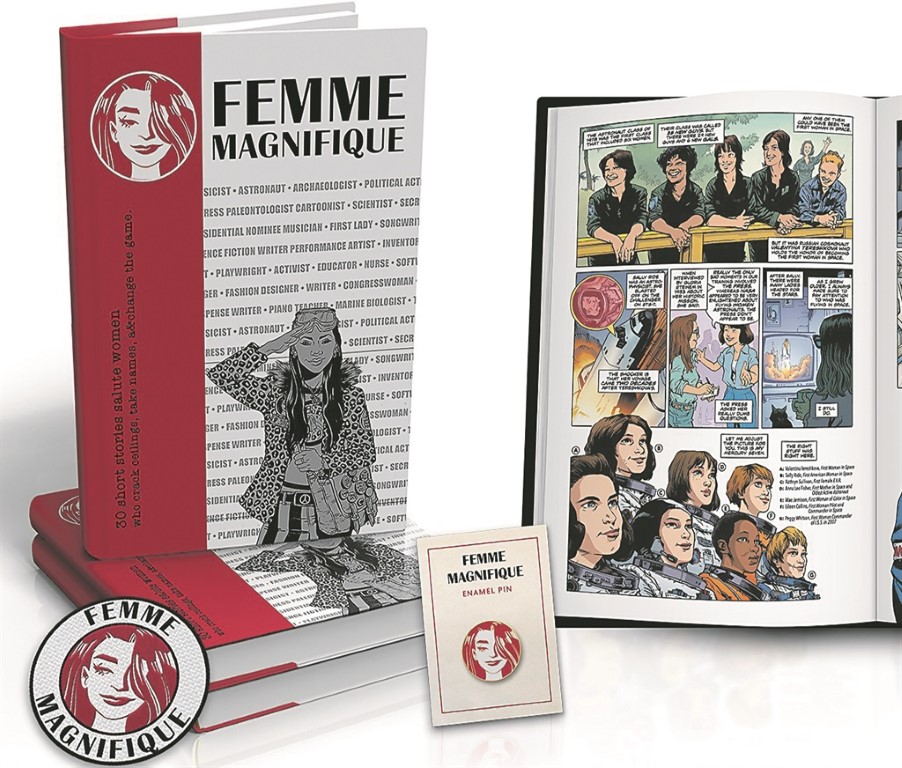 What informed the comic’s compelling visuals and how did you achieve it?
Anja: I did a whole lot of visual research – looking for every bit of Brenda that I could find online.  There are such iconic outfits, public moments and media events that I felt I had to reference to portray her visual history.  So mostly it was a process of curation and then trying to incorporate these into my own comics style.

The comic is part of the crowd-funded Femme Magnifique anthology. What excites you most about being part of the project?
Lauren: Being able to pique people’s interest in Brenda. She’s so much part of who we are as South Africans, a cultural icon, a queer icon, an Afro-pop superstar, and I’m excited about her sharing the stage with other major femme heroes from Michelle Obama to Nina Simone and astronaut Sally Ride, and (re-)introducing her to an international audience.

Anja: Being on a bill with artists such as Gilbert Hernandez, Jamie Coe, Gerard Way and Kieron Gillon is pretty wild. Oh, and working with my creative hero Lauren Beukes isn’t like a big deal or anything.

How do comics add to South Africa’s creative and literary landscape?
Lauren: Comics are accessible and engaging in a way that grabs you immediately with visuals (as opposed to the dense wall of words of a novel). Unfortunately, they’re very, very expensive to produce and without major publishers’ backing, the scene is very much indie and DIY. I’d love to see a comic with different artists and writers celebrating iconic South African women. Just saying! #hinthint.

Keep up to date or contribute to Femme Magnifique‘s Kickstarter campaign here.