Posted at 14:30h in Architecture, Illustration by Nikki Zakkas
1 Like

South Africa, with its interesting variations in geography and topology, is home to an eclectic mix of architectural styles. To celebrate this, we’ve reached out to local designers and architects from across the country, emerging and established, and asked each to draw and talk on the urban structures that hold the most meaning to them.

From modernist skyscrapers to Art Deco gems, here are their picks of iconic landmarks.

Born in Johannesburg and now living in Cape Town where she co-founded the design and architecture studio ‘theMAAK’, Georgina’s education background is in mechanical engineering and environmental design. “I am primarily interested in how I can use my skills to generate beautiful and exciting things that positively impact the world we live in!” she expresses. 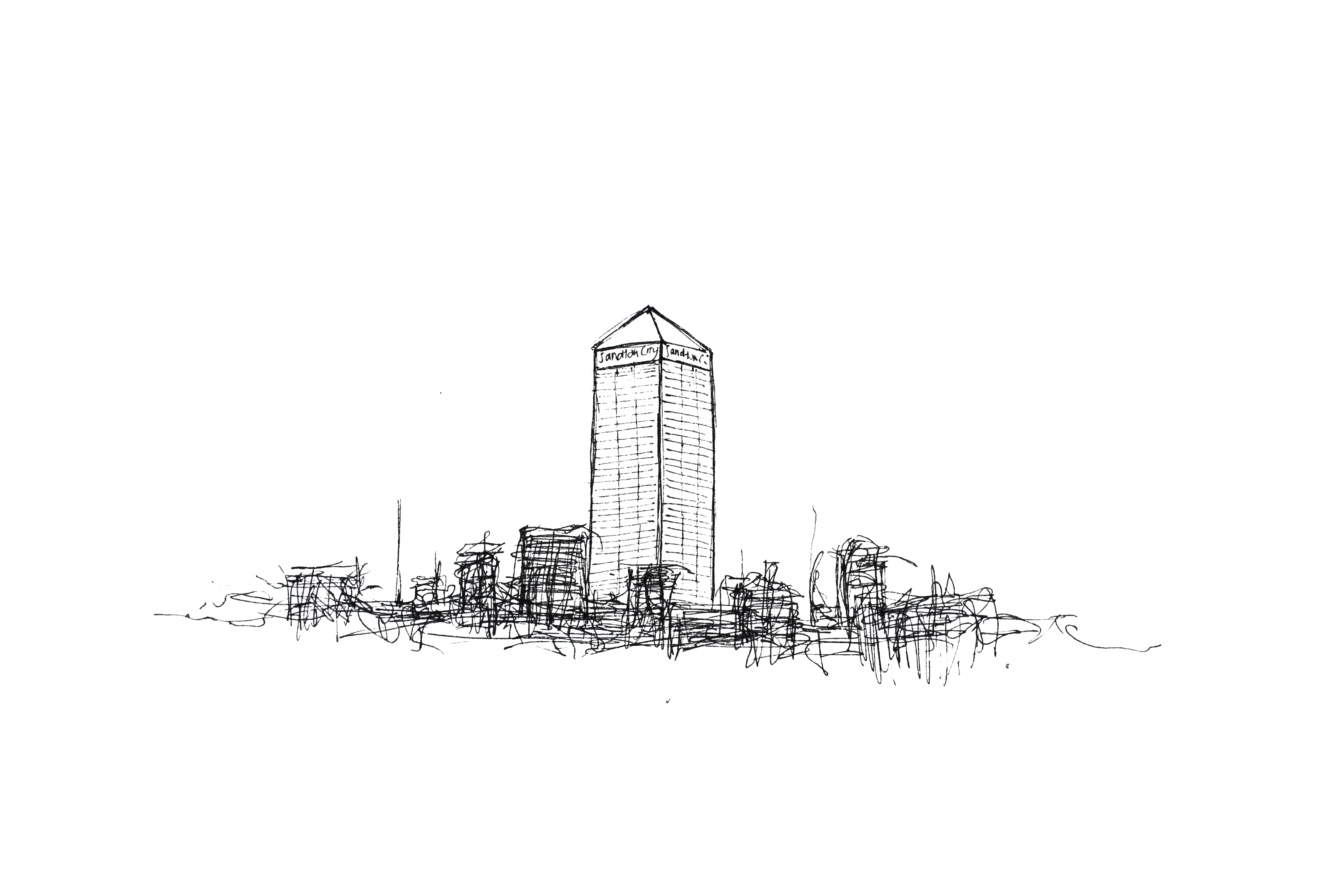 “Growing up in Johannesburg, the iconic Sandton City Office Tower was always an identifiable landmark to signify that I was close to home. It would rise above the rest of the area and at night, its glowing roof was always easy to spot. I remember driving back to the city after holidays and having competitions about who could find the tower first. Even now and then when I visit Johannesburg I still seek it out, although admittedly it’s a bit more difficult to spot these days with all the development that is going on around it.” – Georgina

Avela was born into the clan of Amabhele in the village of eNgcele, Eastern Cape. He has since lived in a number of different cities across South Africa, such as Cape Town where he gained a Baccalaureus in Architectural Technology from the Cape Peninsula University of Technology and Bloemfontein where he graduated with a Masters degree in Architecture from the University of Free State.

His major experience and impact on South African architecture has been with studioMAS architects, an architectural firm based in Johannesburg. His portfolio includes the New Council Chamber for the City of Johannesburg.

Avela’s pick: New Council Chamber of the City of Joburg 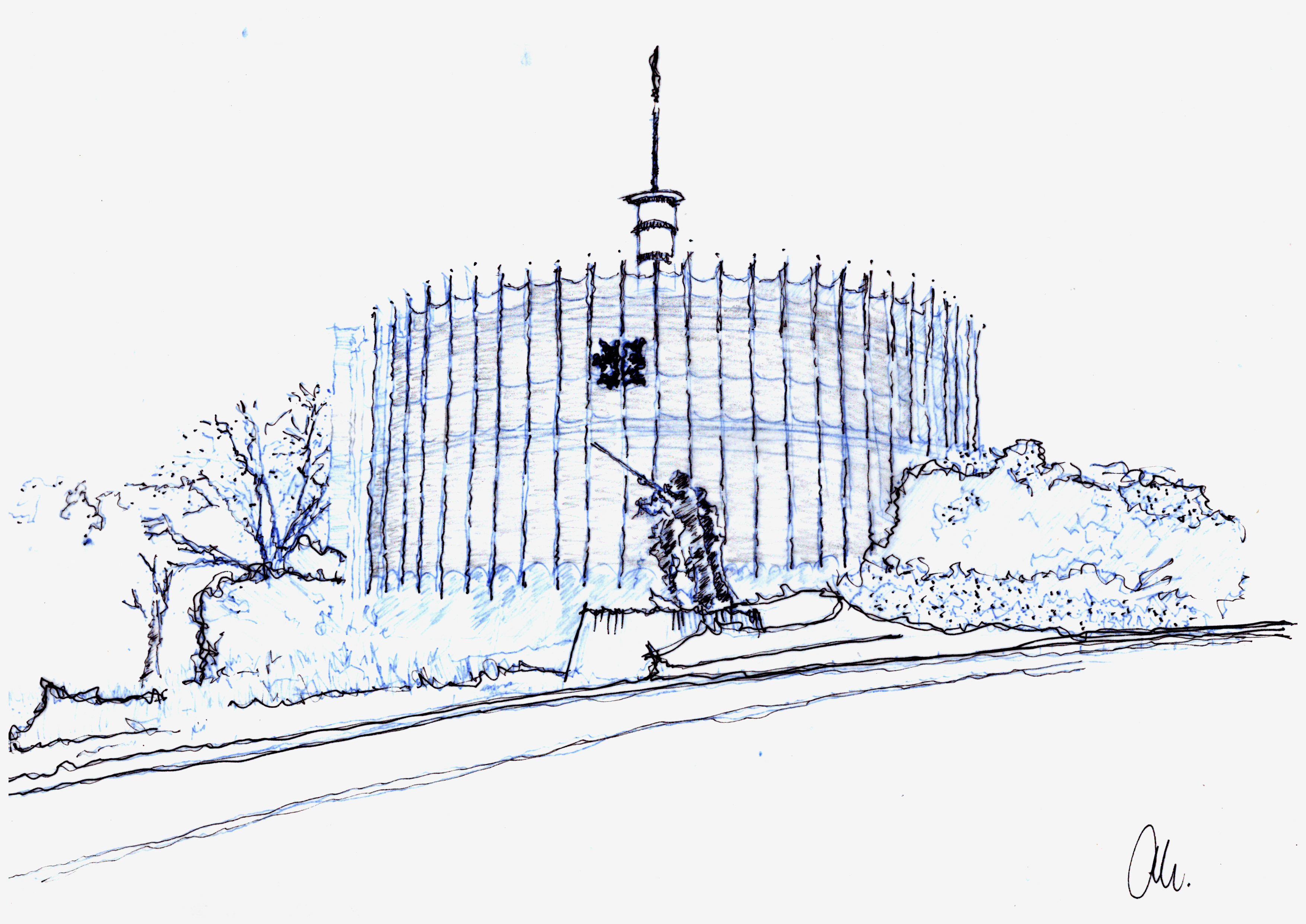 “The building is a transparent drum, symbolic of the Corridors of Freedom programme principles: ‘The city at work for democracy, transparency and accountability’. I chose the building because of its social impact, design and form. It’s design was inspired by ‘lekgotla’, a Tswana word referring to an outdoor meeting space, which is in a circular form. The essence of Lekgotla is that anyone is allowed to speak and no interruptions may be made during the process. The building’s circular form evokes African principles of space-making and its structural form resonates with an African drum.

The glass building envelope enables an uninterrupted visual link between the indoor and outdoor space. The building’s envelope allows for a visual link to the outside environment and for the outside world to have a visual connection with its occupants, which is symbolic of the constant dialogue between the public and the incumbents.” – Avela

Lucie is a Cape Town-based set designer, artist, architect and illustrator. She has a Master in Architecture from the University of Cape Town and has always been passionate about incorporating architecture with art. In-between doing set design for both local and international films, Lucie has been painting scenes of Cape Town, suburb by suburb, for the last four years. 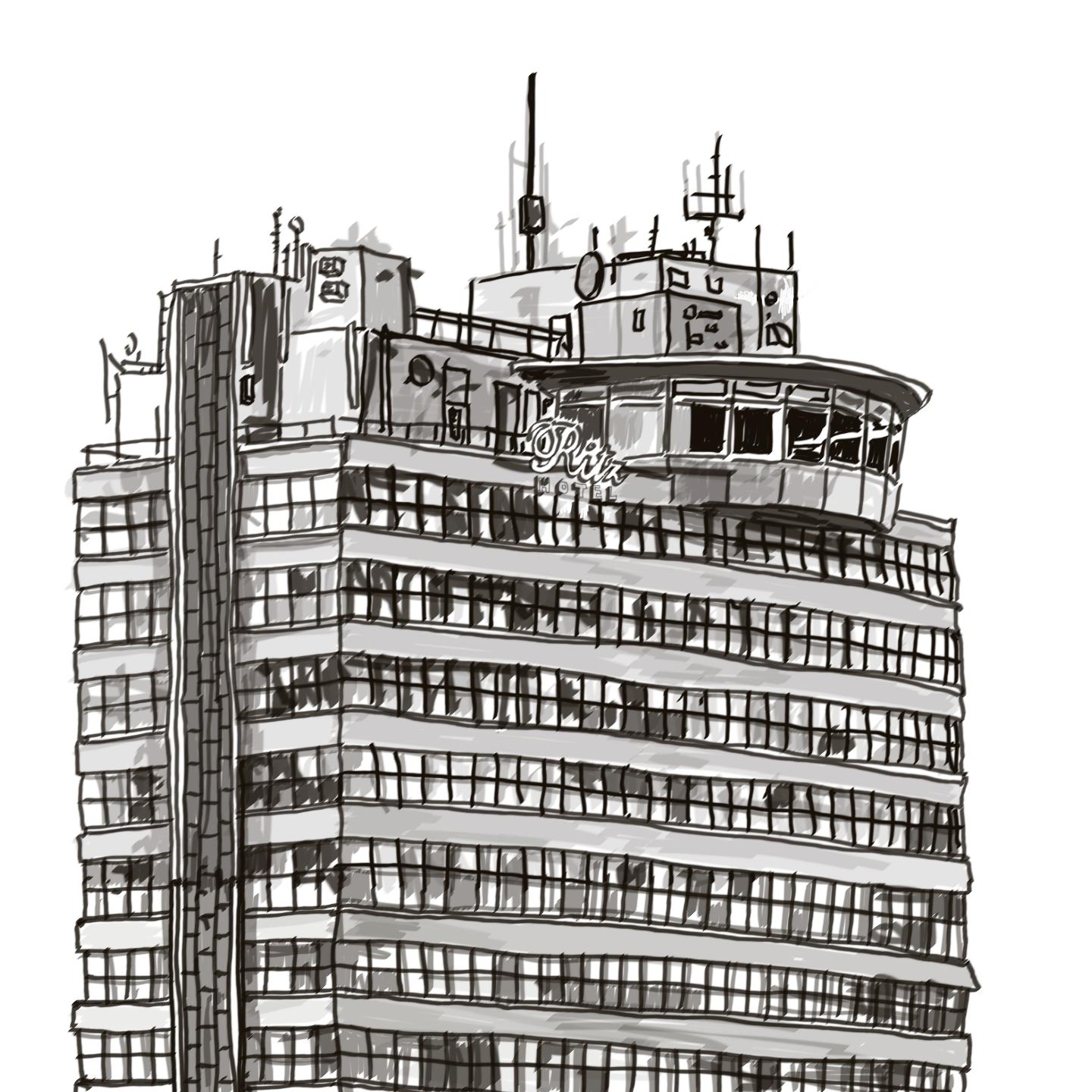 “The Ritz Hotel in Sea Point, with its ‘revolving’ restaurant at the top has fascinated me for 20 years, mostly because I never once saw it revolve. During my second year studying Architecture, my ultra cool, edgy friend Matt Eberhard had his birthday drinks there. And so I entered the mystical hotel. Elegance on the outside, seediness on the inside. I remember feeling simultaneously inspired by the glamour of the space-age shiny facade and their Mies van der Rohe-like panels, and also humored by the tackier interior choices the management had made.

During the time it took in a cramped lift with an Argentinian sports team to reach the top floor bar I had fallen deeply in love with the building. The revolving restaurant seems to have landed in perfect proportions on the roof among a post-apocalyptic scene of satellites and antennas. A 22-storey structure apparently built under dodgy relaxed building regulations for skyscrapers offering accommodation for white patrons.

The Ritz is currently undergoing a massive R110-million cosmetic upgrade to be completed for the summer of 2017. I was extremely suspicious the developers might sterilize its charms away, and I felt sad that we would lose yet another architectural time piece to gentrification. Then I read that the management of the hotel had been taken over by the luxury hospitality group Shimmy Luxury Collection (responsible for the infamous Shimmy’s Beach Club). All fears of renovations are abated, if anything, the Ritz is about to enter its primetime as a backdrop for girls in tiny bikinis, expensive cocktails, Top Billing presenters, leopard print carpets and perhaps even the return of the shoulder pad! I’ll be at the bar.” – Lucie 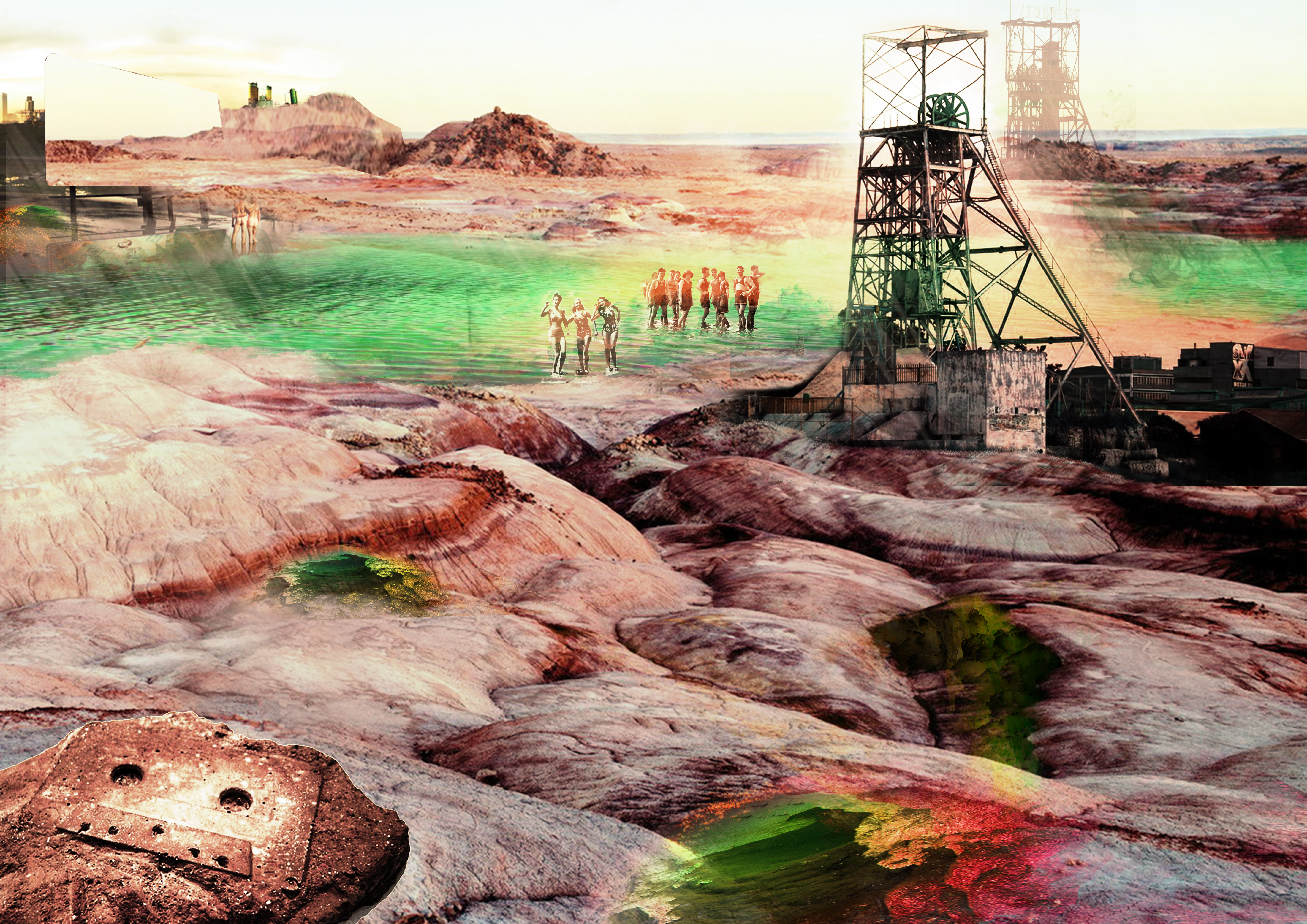 Sumayya is one third of Counterspace, a Johannesburg-based collaborative studio of young architecture graduates. “Counterspace started as a side job, a hobby practice to keep us working in research, artistic drawing and documentation fields as methods of design. Our practice quickly became serious once our work started to get noticed in exhibition and biennale spheres, and the number of clients and collaborators we have started to grow,” she shares. She also teaches at the Graduate School of Architecture at the University of Johannesburg.

“Our work is born out of the unique conditions in Joburg. We draw from cultural, everyday practices and experiences of being in the city. We are inspired by the ruins in our city. Beyond a romantic fascination with ruin, we respond to the commitment to form the designers and makers had (as with the mining headgear and many of Joburg’s industrial forms); and we are intrigued by the atmospheres these ‘leftover’ spaces produce – often used for activities beyond the limits of formal planning and design.” – Sumayya

Maximillian co-founded creative platform +Ness with fellow architect Jamil Randera. The project looks at local buildings from around the country through colourful artworks. “Everyone is a creative. It is just that not everyone has unlocked the honest creative offering inherent to them…yet. This is what I strive to do in my work and hopefully that can give courage to others to do the same,” he shares. 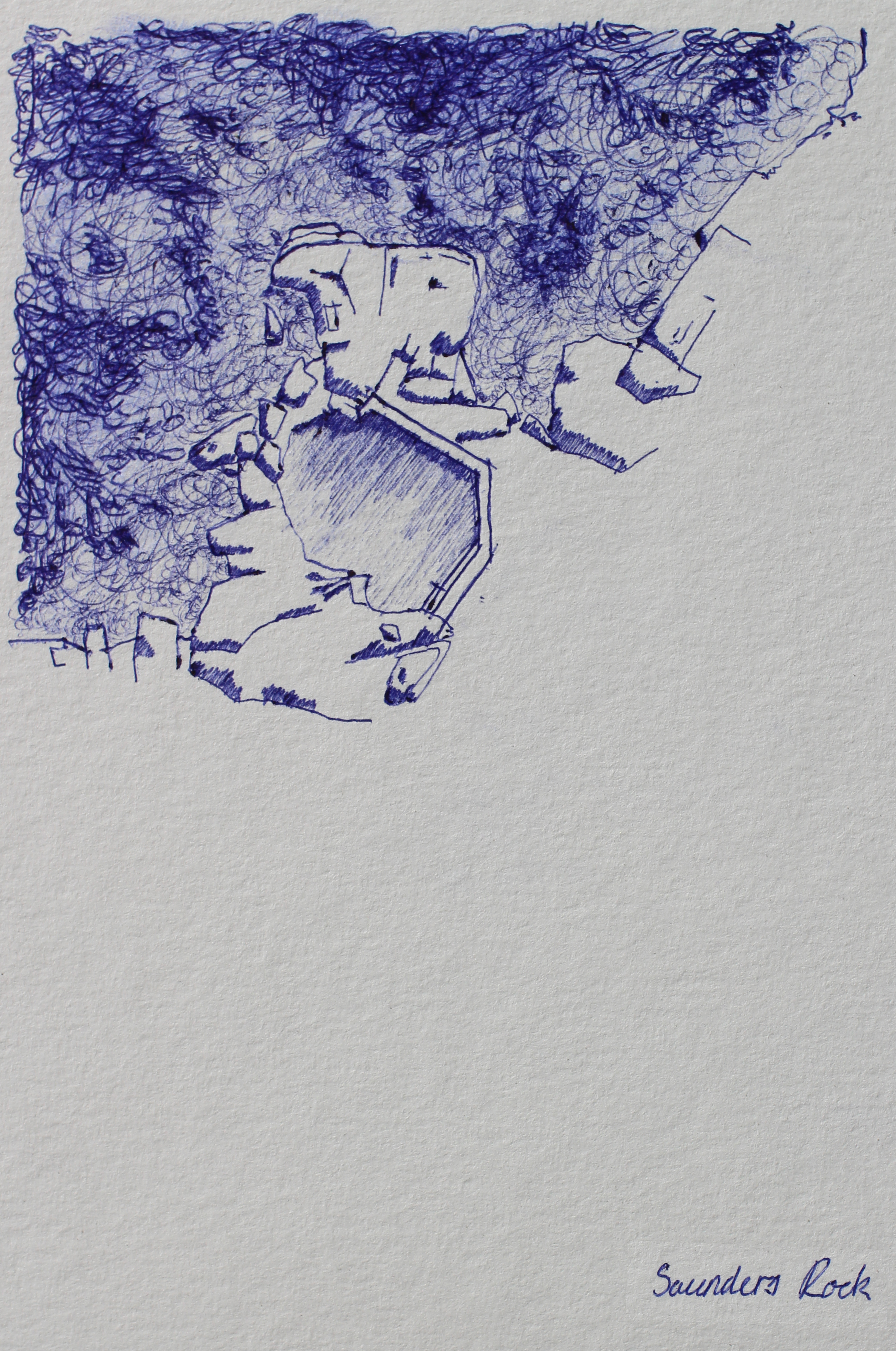 “As an architect, I am primarily interested in social space and how buildings can work for the broader public. In my opinion there aren’t too many great examples of this in South Africa. Which is why I love the tidal pools scattered around the Cape Peninsular; rare examples of a truly democratic social space.” – Maximillian

Jaun is interested in the convergence of architecture and art. He finished his Bachelor and Honours degree in architecture from the University of the Free State after which he worked for various internationally commended architectural practices, galleries and institutions in France, the Netherlands and the USA. Among these include internationally acclaimed Studio Odile Decq, SAOTA, Daffonchio and Associates, Gallery Polaris, Gallery Oniris, Dus Architects and the Southern California Institute for Architecture. 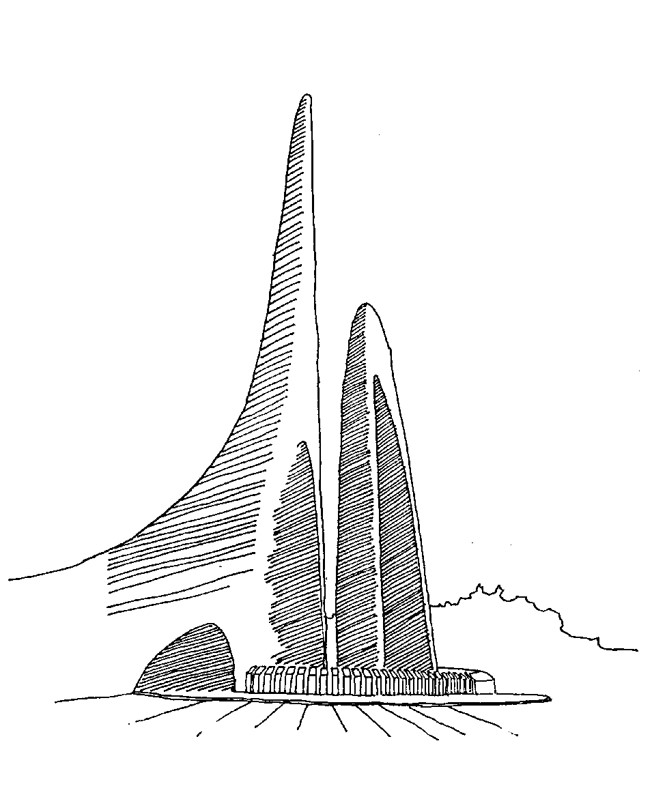 “Undoubtedly the Paarl Taalmonument is one of South Africa’s architectural marvels and my chosen favourite structure. I appreciate the manner in which symbolism sculpted the initial concept and how meticulously it was pulled through the development and construction of the monument. Furthermore I am fascinated with the way in which the monument was conceived as a spatial narrative, a sequence of spatial experiences promoting the understated sensual experience of architecture.” – Jaun

Ashleigh completed her Master of Architecture at the University of Cape Town. She has since established Cape Town-based architecture and design studio ‘theMAAK’ with business partners Georgina Campbell and Maximilian Melvill. “I like to find the beauty in the ordinary details of life. I love irregularity, informality and some messiness when juxtaposed with calm, balance and cleanliness. Architecture is what I do, but together with theMAAK studio, we like to play at the edges of its boundaries. I’m learning that life is what you make of it and that you can make of it what you want,” she says. 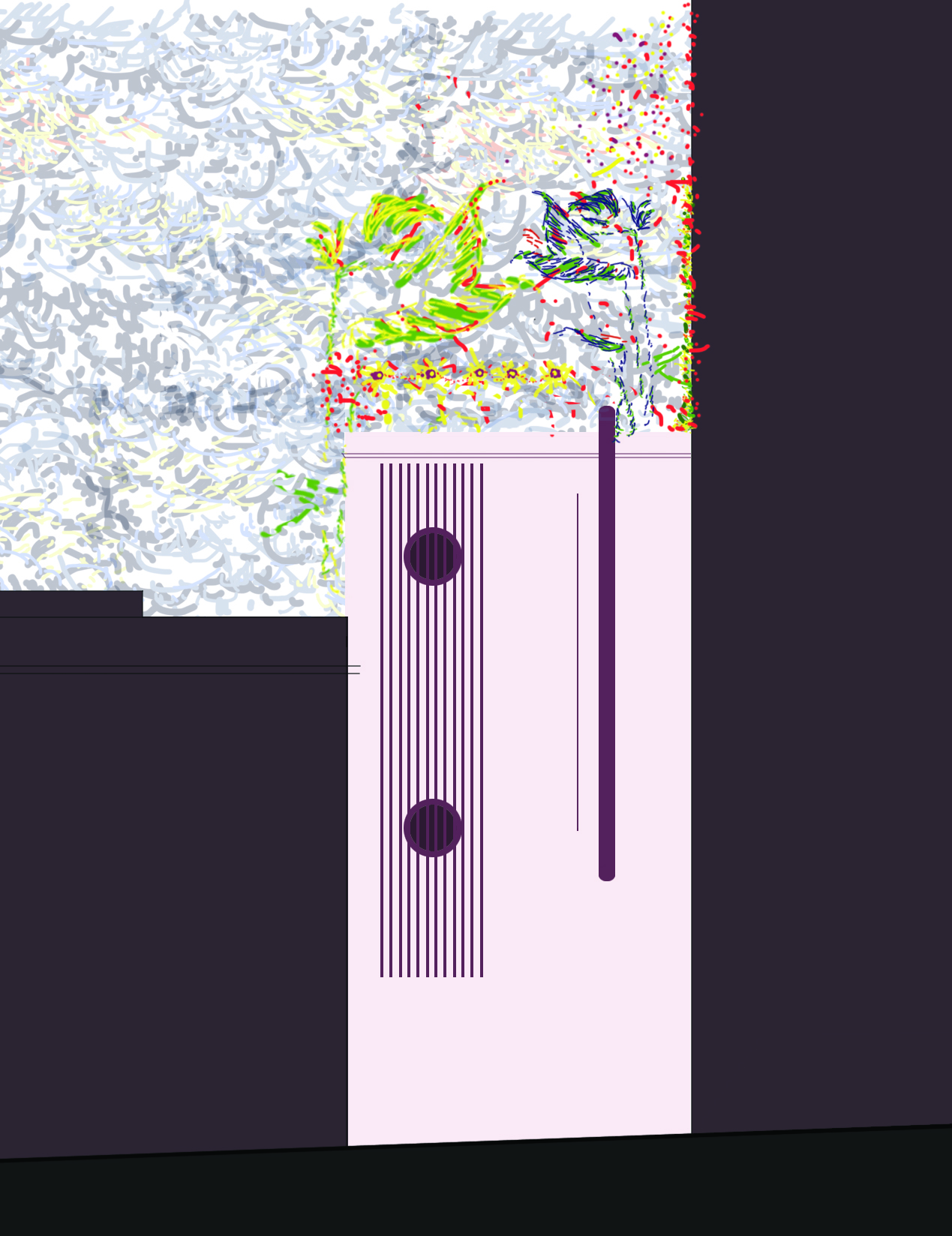 “Subtle, shy and a little shabby, but elegant and regal with bright eyes, this art-deco building on Wale St makes me dream! The skies you could see from its roof, the people you could watch through its peeping windows.
In my mind, behind its coy façade is a quiet paradise from a noisy jungle.
In my mind, it is filled with warm light.
In my mind, it is the best.” – Ashleigh

Thozama is studying a Master of Landscape Architecture at the University of Cape Town, having obtained her undergraduate degree in landscape architecture at the University of Pretoria. “I paint portraits and landscapes often combining the two like the double exposure photographs I take on my 35mm film camera. Last year I was part of an amazing team were I illustrated a children’s book The Girl Without a Sound. I am currently one of five women artist participating in Constructing Future Cities, where we interpret, engage and create art expressing our vision of future cities,” she shares. 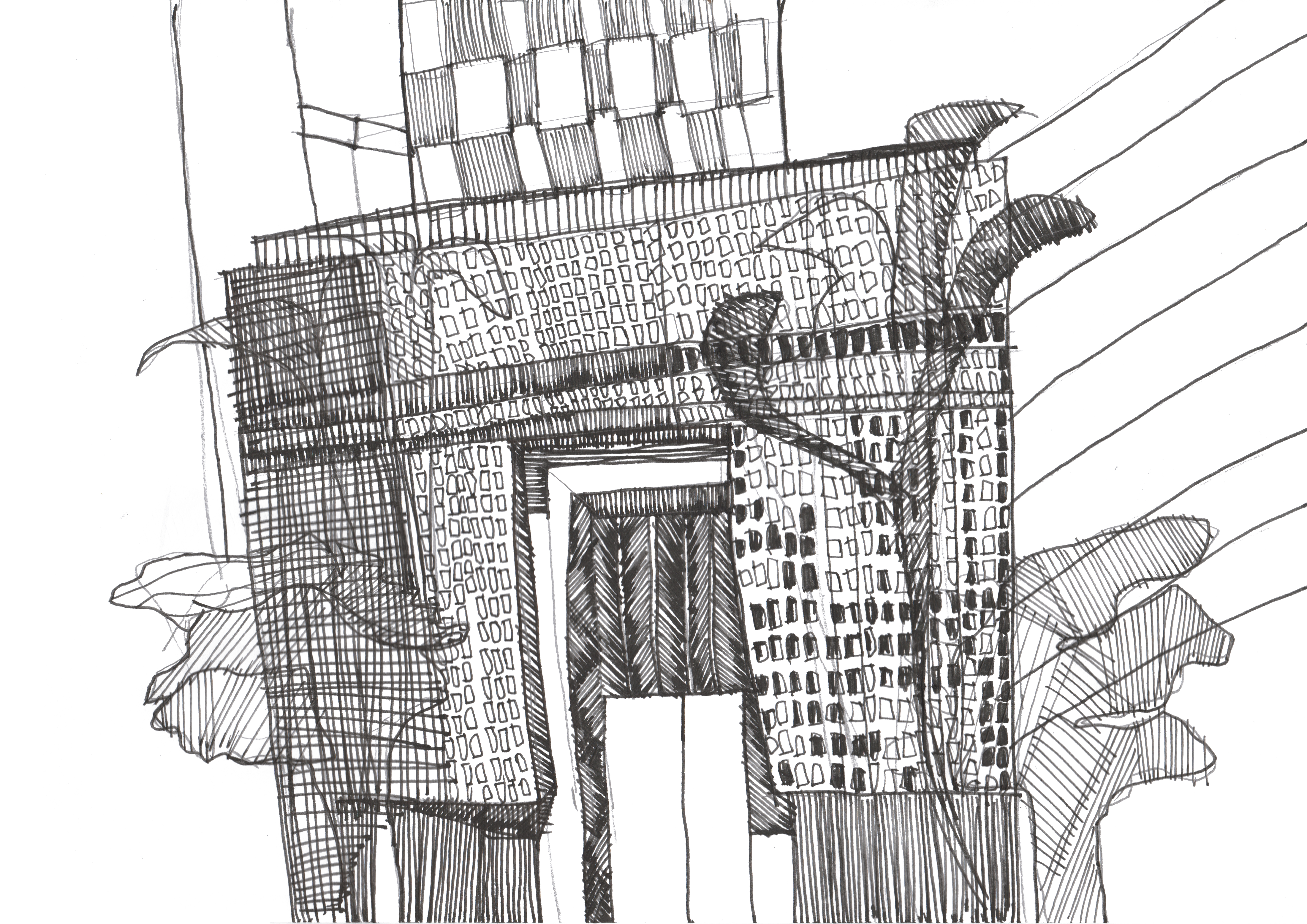 “The first time I drove through the Central Business District of Durban, I was amazed at the variety of architectural styles offered by the city. The inner city breaks away from the iconic Art Deco architecture of the beachfront and an array of glazed high-rises, brutal parkades and buildings dating back to the late 1800s are present. There was one building in particular that captured my gaze longer than any other did, nestled between twenty storey buildings was a low rise building at about four storeys high with green facade screening. It is an oasis in the city flanked by palms, true to its region.” – Thozama