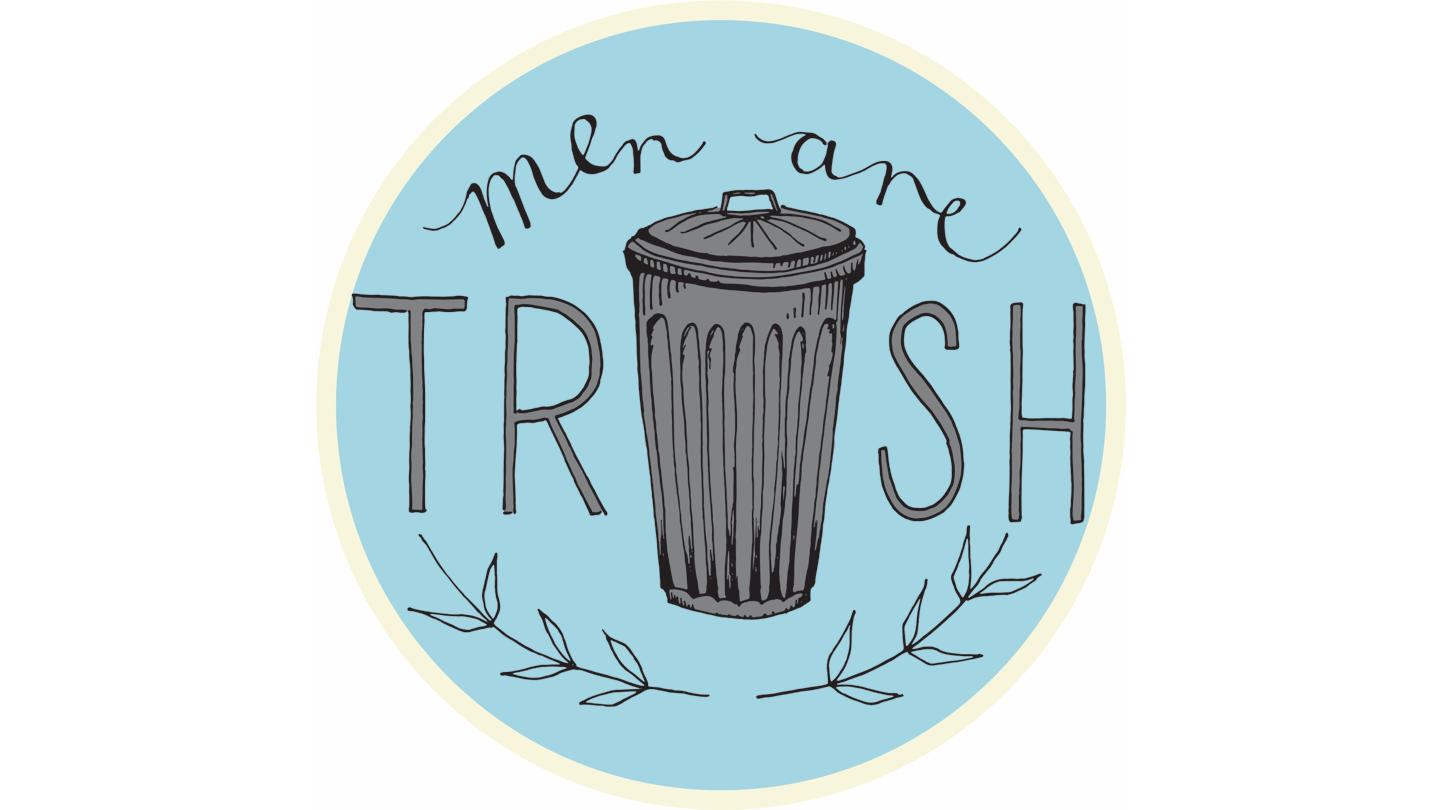 30 May #MenAreTrash: Artists from South Africa create work in response to violence on womxn

#MenAreTrash is an important global tag created in response to gender-based violence against womxn. Recently, following the murder of Karabo Mokoena by her boyfriend, we saw an outpouring from womxn across the country and on social media, where the hashtag went viral. While the deaths of Courtney Pieters, a toddler found dead in a shallow grave, and Lerato Moloi, who died in a suspected corrective rape attack, just this month alone, added to the high numbers of womxn and girls murdered in the country.

On average, every eight hours a womxn dies at the hands of an intimate partner in South Africa. With ongoing discussions about violence against womxn, we’ve reached out to artists to submit visual works in response to the #MenAreTrash movement. Artworks by artists with * next to their names will be auctioned, and the proceeds will go to non-profit organisation Sonke Gender Justice. Auction to take place on 1 June on our Instagram page (follow our social media pages for updates). UPDATE: Artist Lady Skollie has donate R8 000, generated from the sales of her #SorryNotSorry artworks, and has also made 30 more prints available for purchase (see below). All proceeds to go to Sonke.

“The movement is so powerful because our voices are no longer silenced. I recently took a self-defense class, and that has motivated me to be confident and in control of my body and my safety.” – Thami 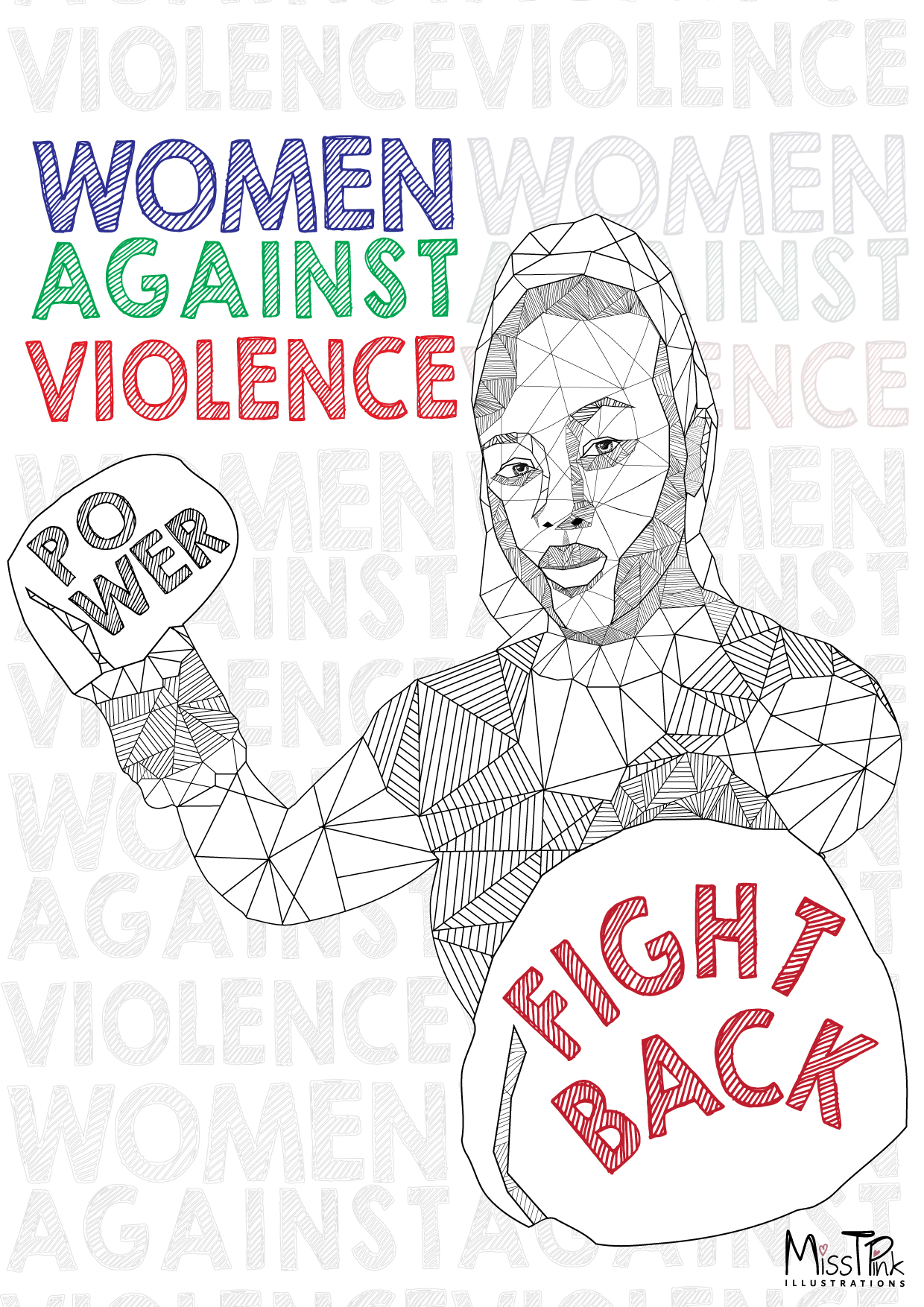 “The attack on girls and women is frustrating and wrong. It needs to end. Men can do better. To quote Ellen G White: ‘The greatest want of the world is the want of men – men who will not be bought or sold; men who in their inmost souls are true and honest; men who do not fear to call sin by its right name; men whose conscience is as true to duty as the needle to the pole; men who will stand for the right though the heavens fall.'” – Thandiwe 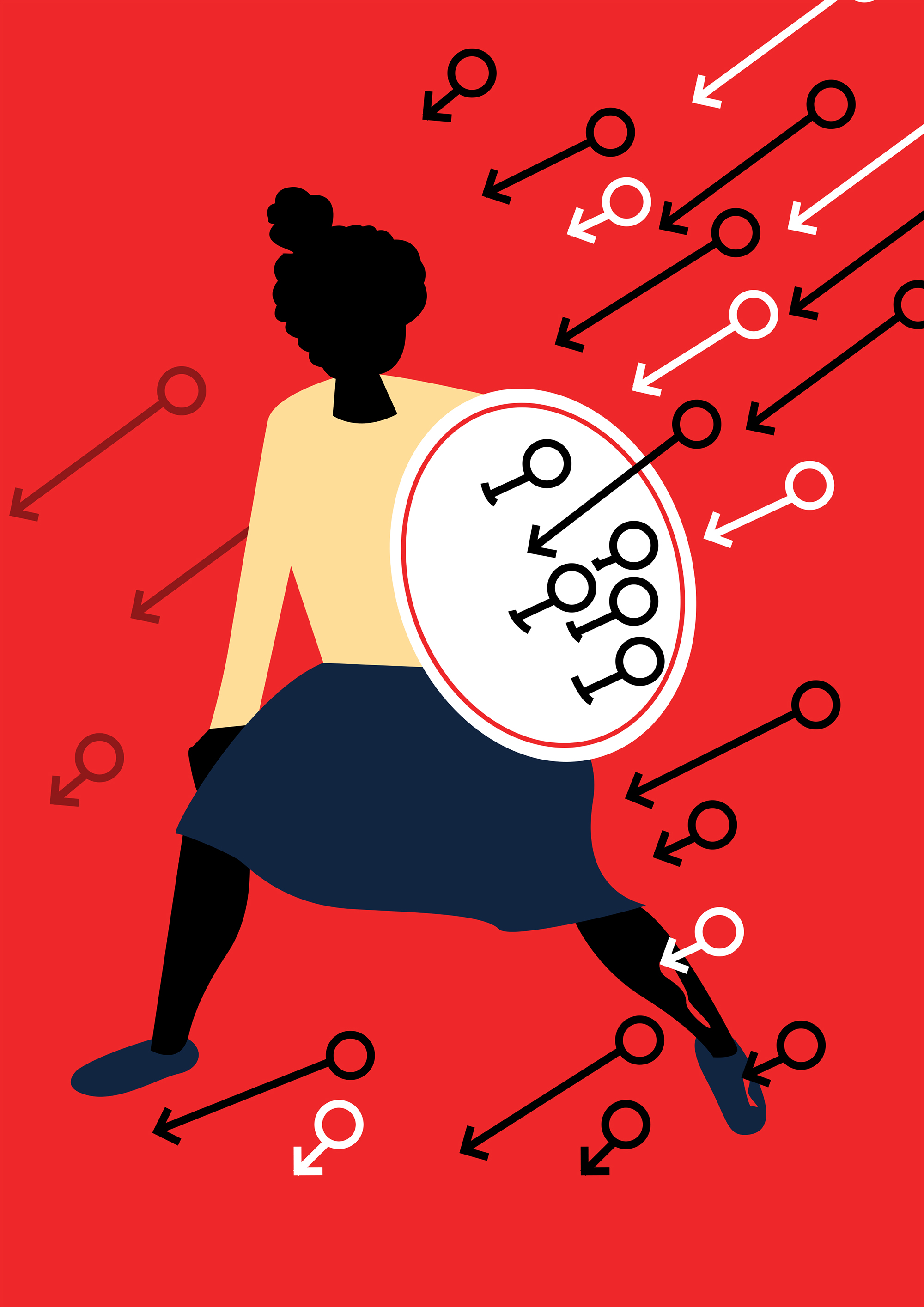 “The biggest problem with the #menaretrash movement is the ownership. Men are not taking responsibility for their actions, from cat-calling to rape and murdering, there are very few consequences. It starts small, and if you get away with it then, what’s ever going to stop you? Shame, you’re so angry about being called trash, we’re just concerned for our lives. 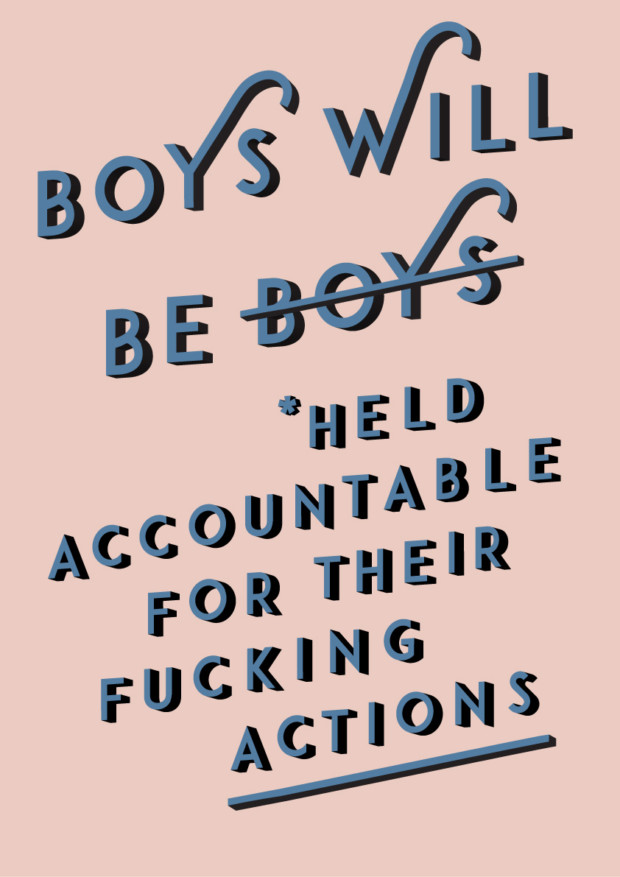 “In the words of Kiri Rupiah, ‘Men Are Trash is not an indictment of men but rather of patriarchy’.I knew I wanted to do something to commemorate Karabo Mokoena. I spent a long time choosing an image, looking through photographs of her that were used in news articles, finally deciding on one where she is able to peacefully and steadily meet our eyes again. I did it in the style of Mexican votive paintings, adding a halo of stars in gold leaf. Votive paintings are meant to give thanks for miracles, but also to bear testimony. This one bears testimony to a life lost to toxic patriarchy.” – Katrine 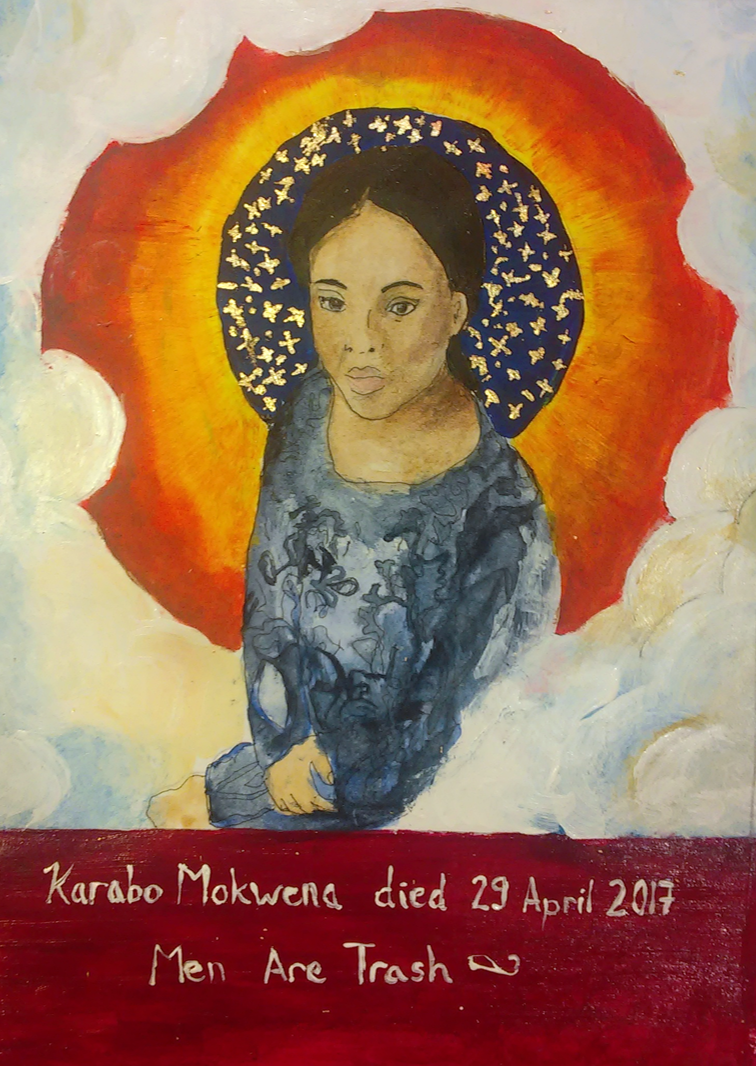 “The #MenAreTrash movement has brought to light the gender-based violence that occurs all over the world but is so often swept under the carpet. Men don’t realise how privileged they are to be able to walk in the dark – to walk anywhere – without fear. What the #MenAreTrash movement has done is create discussion about this privilege. I have found it incredibly frustrating that most men have a knee-jerk reaction and say, ‘but I don’t hurt women, I’m a good person, I’m not trash.’ The reality is that if you, as a man, feel worried when your daughter, girlfriend, mother or female friend walks alone at night, then you have admitted to yourself that men are trash. Men seem to want some kind of special recognition, a special prize for being decent human beings. That’s not the way it works. Do better, men.” – Ellen 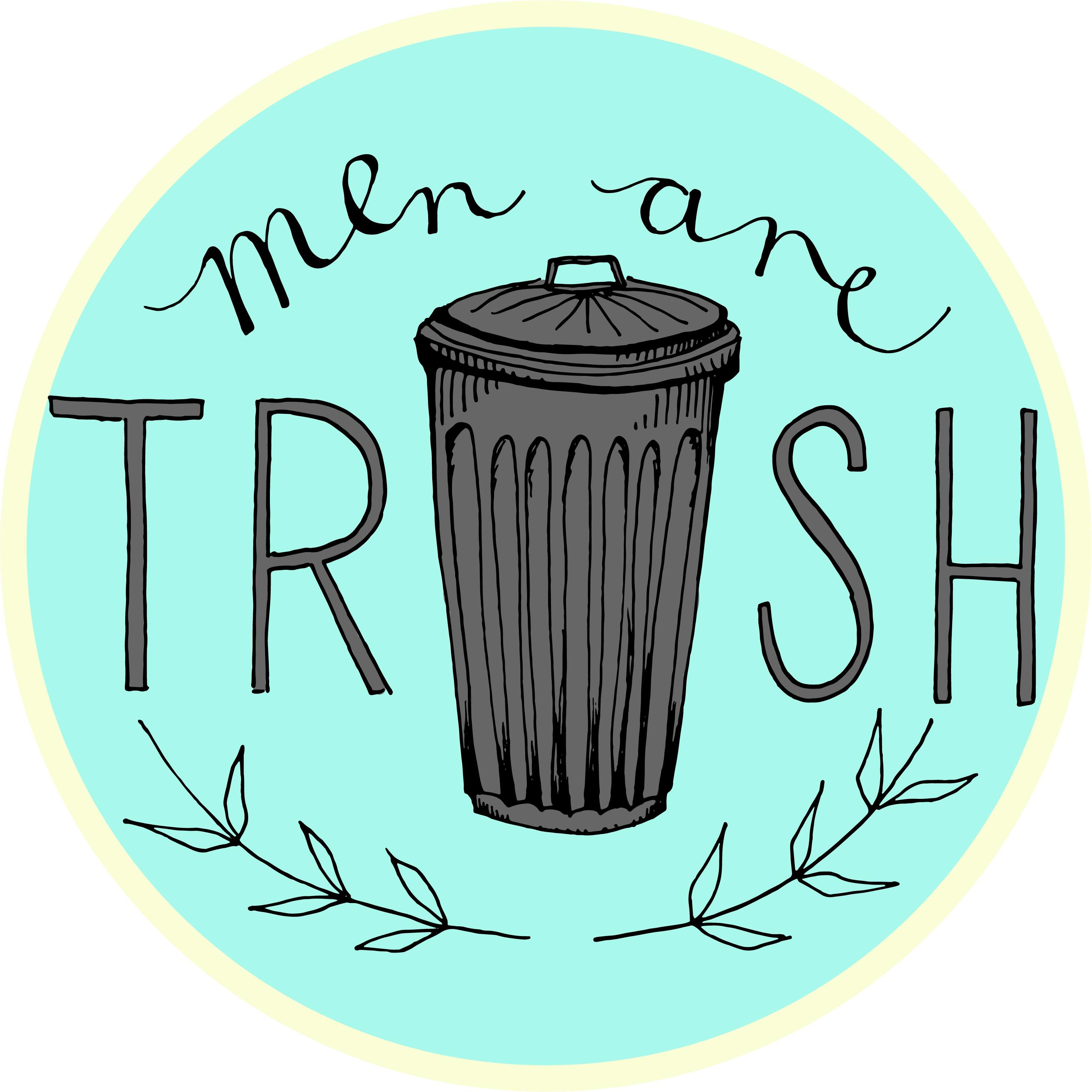 “#MenAreTrash is a term that infuriates idiotic men, a term that pushes women to defend the men in their life that they deem untrash-like. It makes the rest of us scream ‘MEN ARE TRASH!’ into an open wound that existed before the hashtag did.” – Lady Skollie
Sale: 30 prints of Lady Skollie’s #SorryNotSorry artwork (below) – which tackles the “self-serving” apology letter South African rapper Okmalumkoolkat wrote following his sexual assault charge – will be on sale for R250 each. All proceeds go to Sonke Gender Justice in the fight against violence against womxn. To purchase, email submissions@10and5.com with the subject line: “#MenAreTrash”. 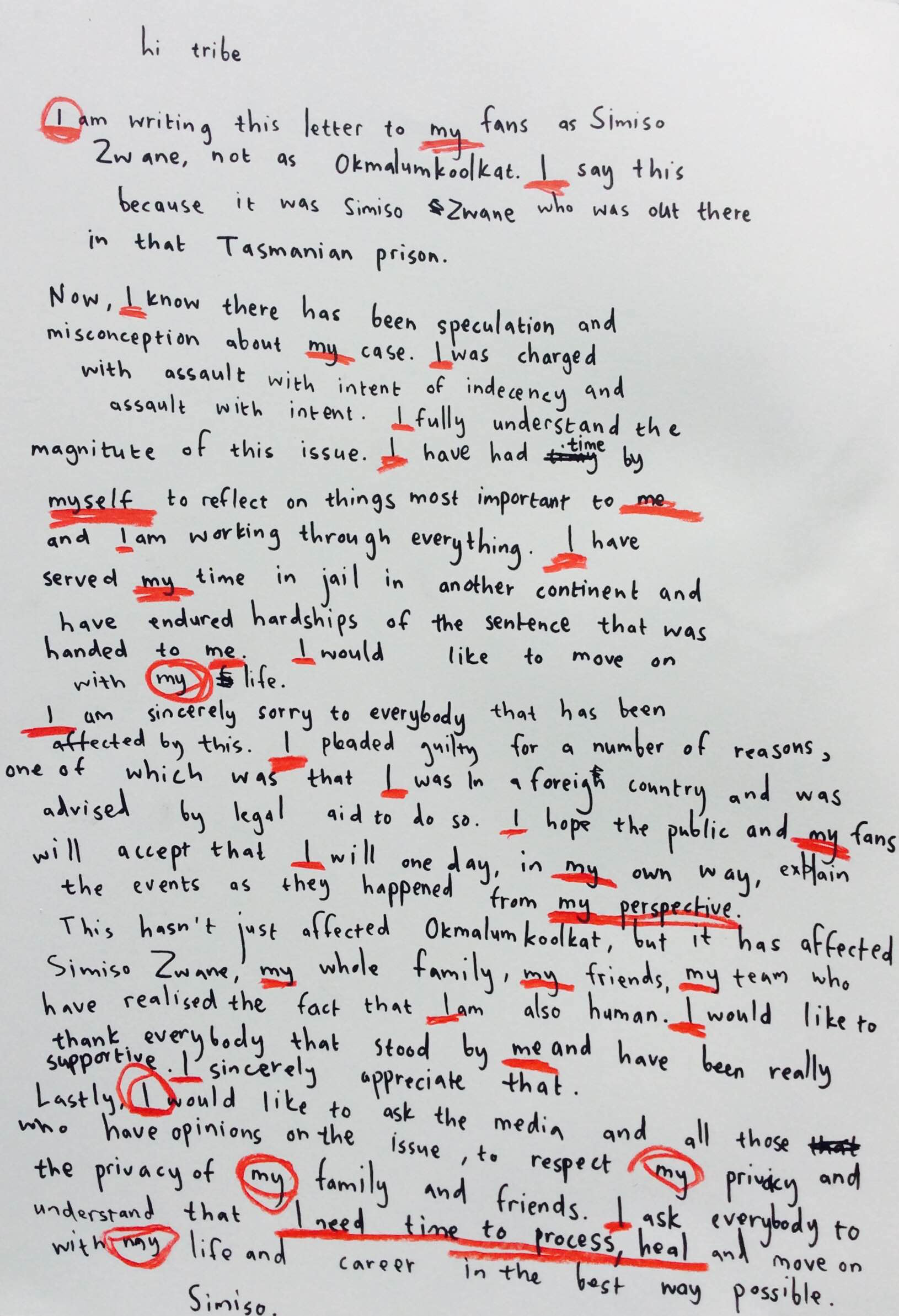 “The #Menaretrash hashtag has shock value, to some extent. I like the fact that it evokes a lot of emotion and garners a lot of opinion from women and men alike. I understand and agree with the sentiment because I think it forces us, men, to ‘prove’ ourselves that we aren’t trash. I am trash if I know men who violate women, but I don’t take any action. I think the subject of masculinity is a deep issue because of what we learn from culture and religion. Until we evolve with culture and religion, we’ll continue to believe that ‘men don’t cry’ et cetera. Perhaps we need better leadership and guidance from church leaders, our elders and politicians alike.” – David 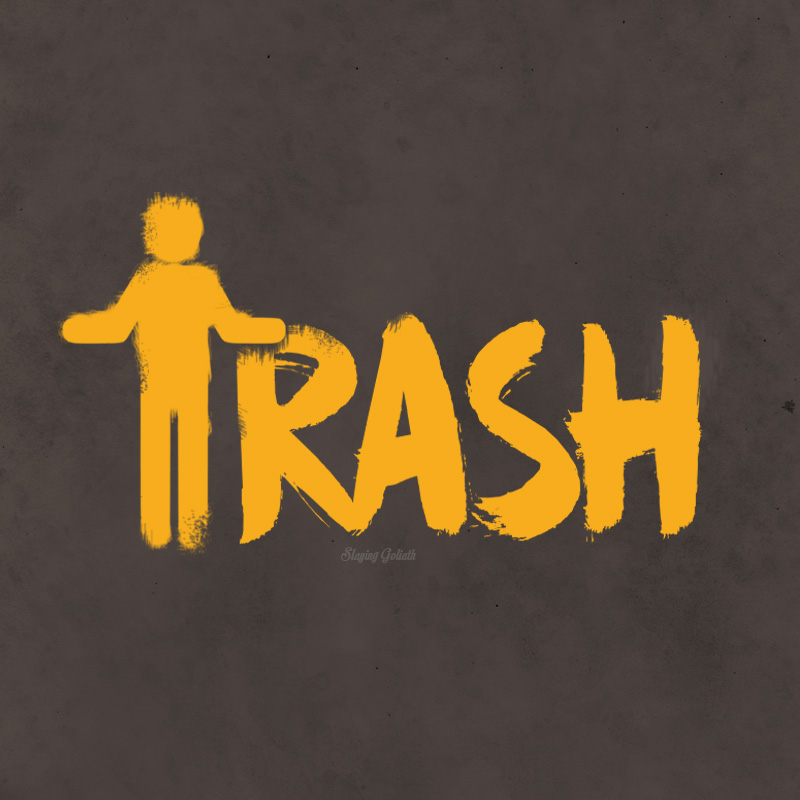 “The title of the illustration is: The ‘C’ is for coward: Trash-Man. And the rationale: Using a universal pop culture ‘icon’ that all boys (men) grew up relating to, the imagery plays on the notion that we are all accountable for this patriarchal world construct that has lent itself to the oppression of women. We (males) all aspired to be ‘Super Man’ at some stage and have been conditioned to feel entitled to that ‘power/strength’. Evil prevails when the good say nothing. WE should all acknowledge that YES, there is a crisis with gender today and we must fix it; we must do better.” – Sindiso 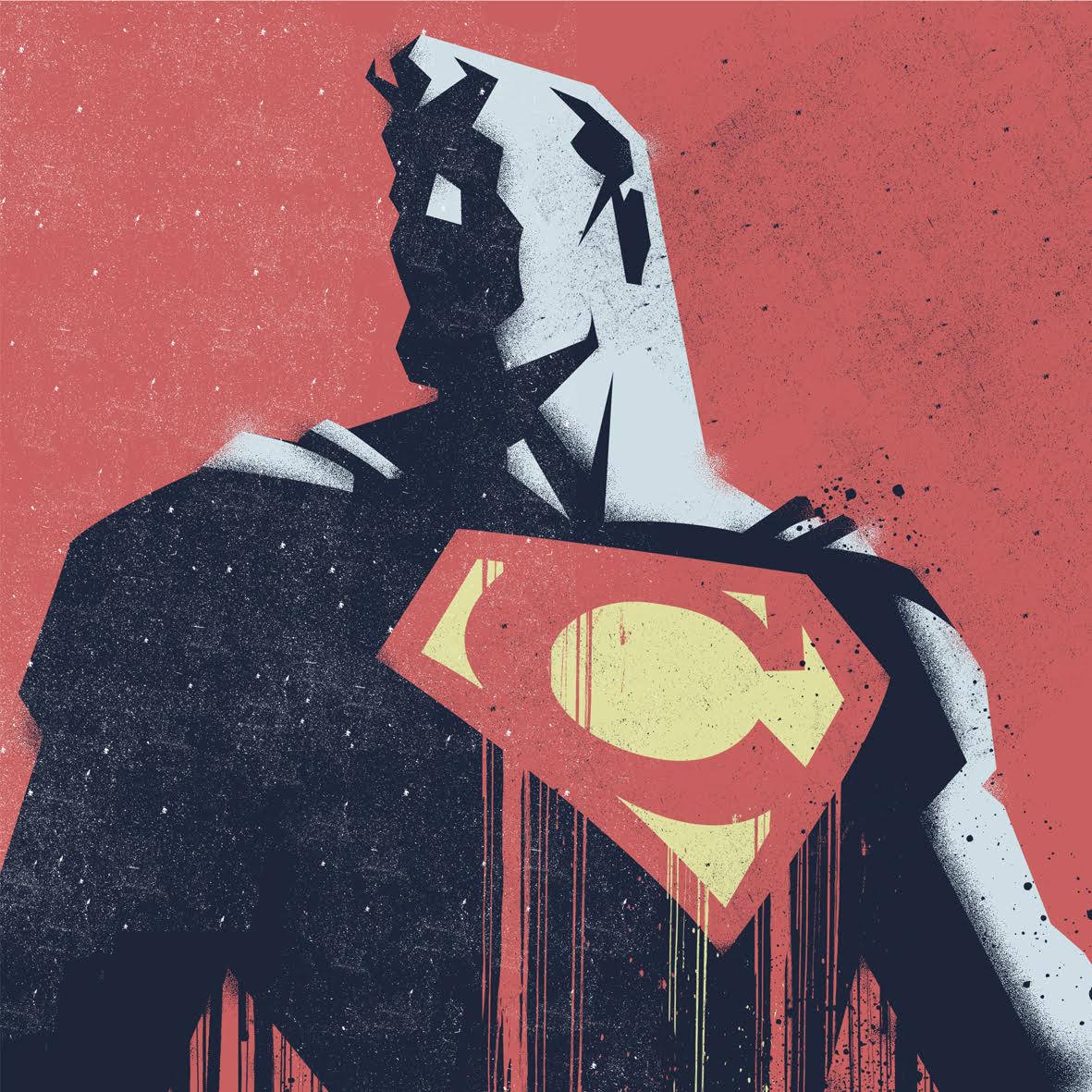 “For a long time I have felt emasculated by the idea that I can’t protect the women in my life when I’m not around them. That some men have such insidious intentions. Coming from me as a male, it hurts. Women are so accustomed to having to protect themselves instead of men being accustomed to keeping their shit together. This hashtag revealed so much to me about close male friends. That they too have such insidious intentions.” – Seth 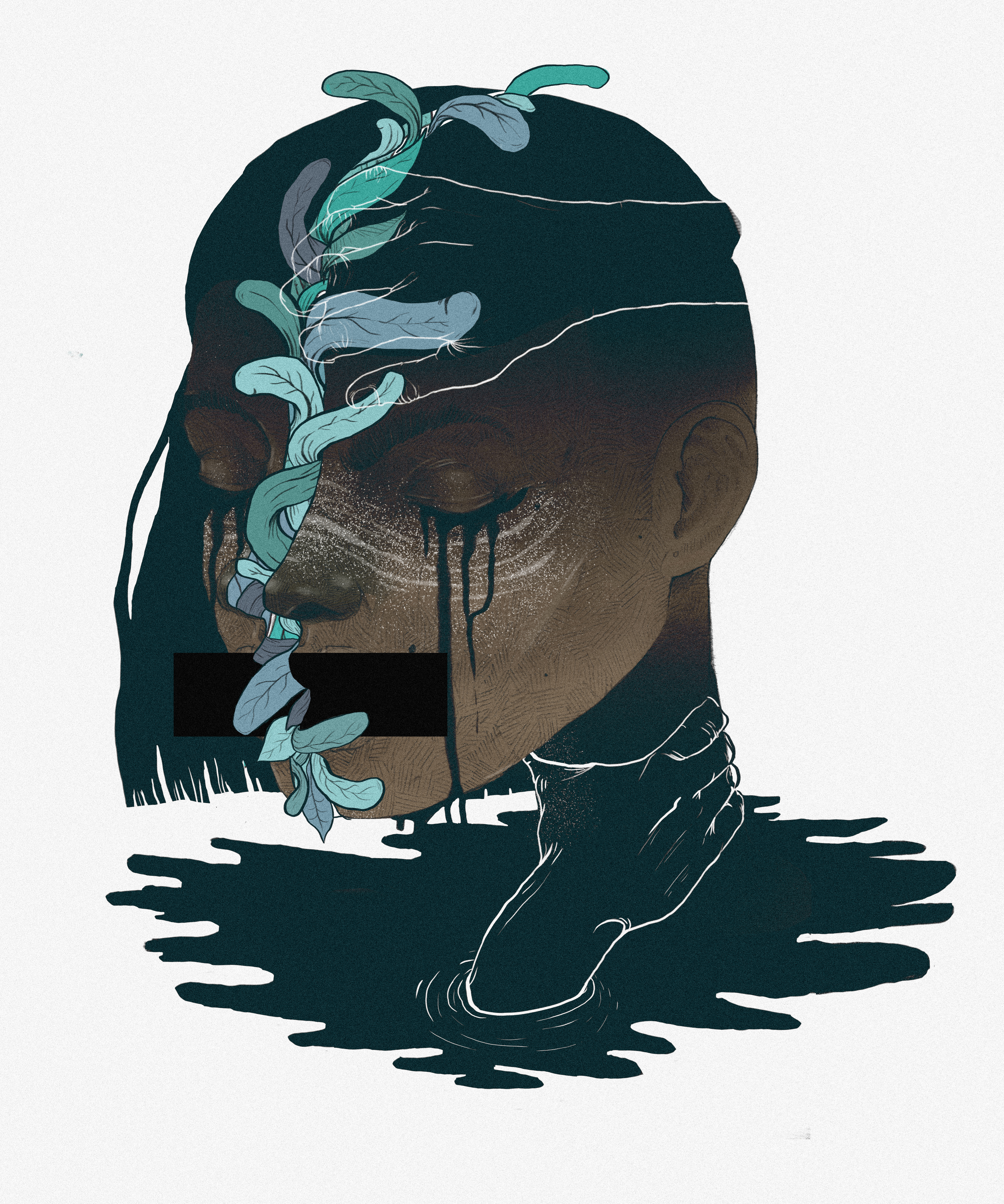