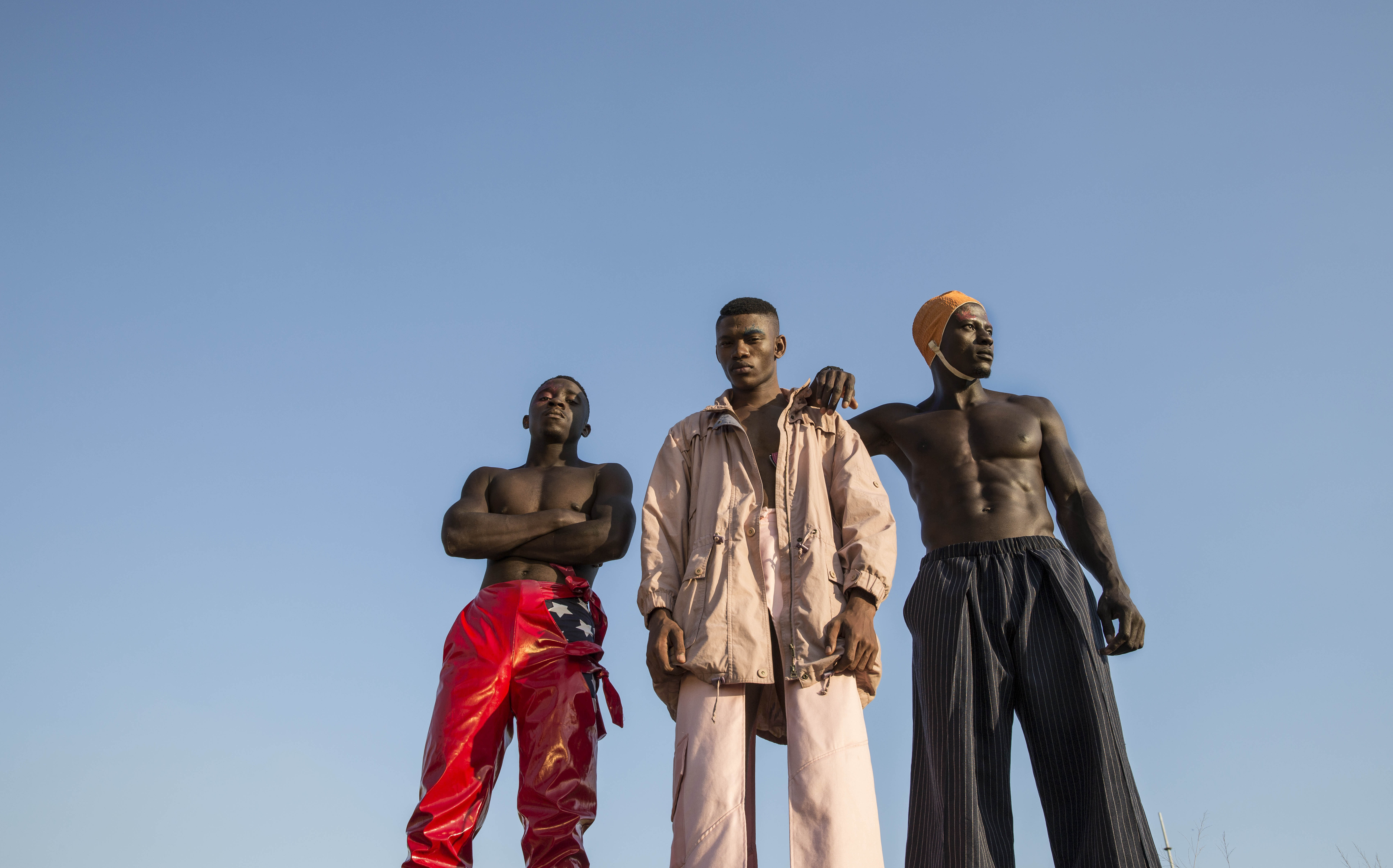 For Spotlight, the two up-and-coming creatives combined their complementing skill sets to shoot an original fashion story. Tatenda captured Nao’s clothing, a mixture of colorful plastic designs and sequin elements, with trousers and tops in dramatic silhouettes in a wearable way. The team shot in Ekhuruleni Metropolitan Municipality, where Nao’s acute sensitivity to colour and texture came alive on the streets of Volsoorus. The vibrancy and energy of the neighbourhood, where Nao grew up, lies at the heart of their photographs. 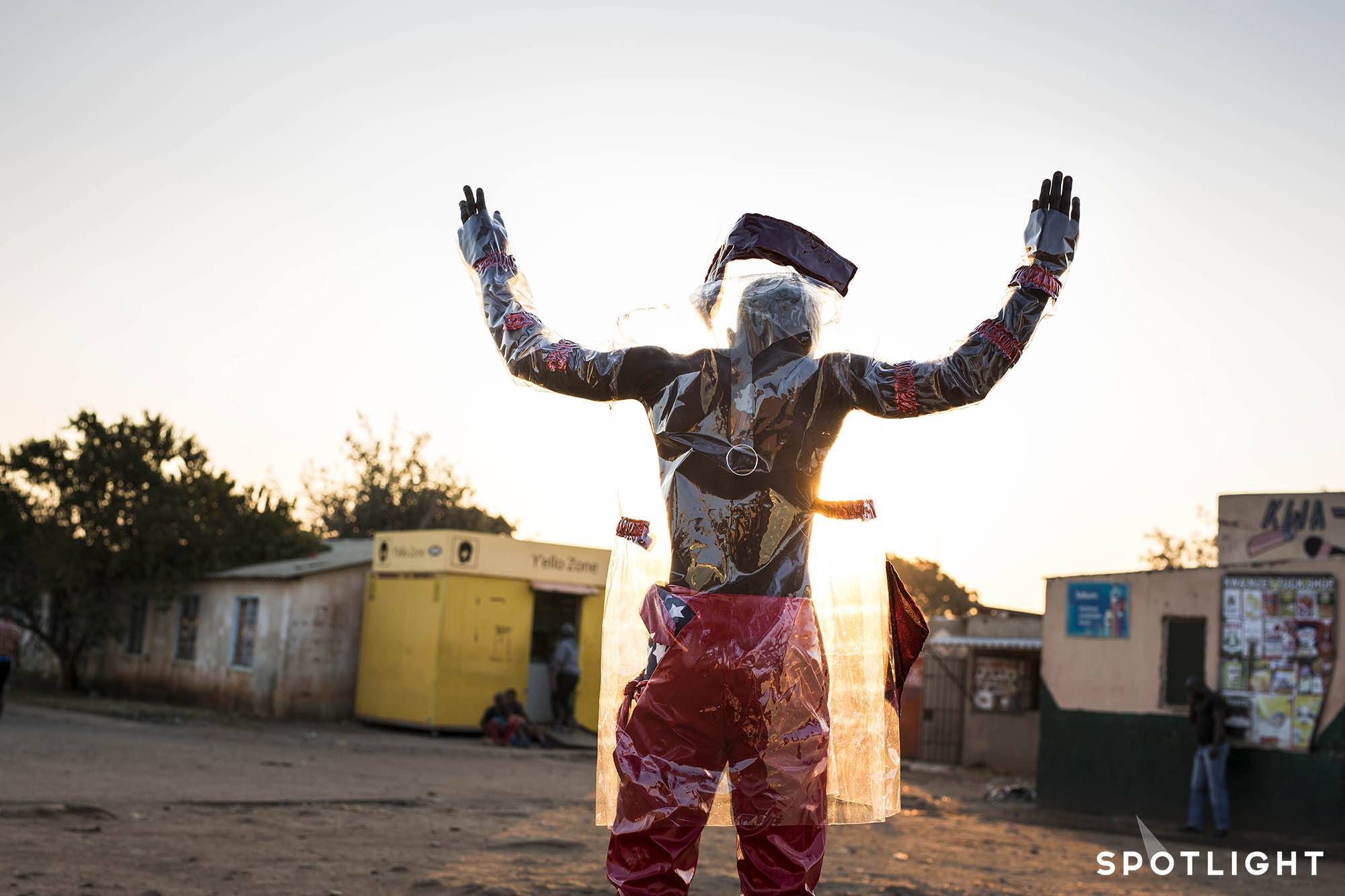 Nao and Tatenda, tell us about your background – where are you from? Where did you grow up? What did you study?
Tatenda: I was born and bred in Zimbabwe and came to South Africa in 2008 in pursuit of my culinary dream. I really wanted to be a chef until I got tired of cutting onions and restaurant politics. I studied photography at the Tshwane University of Technology and completed my BTech in 2015.

Nao: I grew up in Vosloorus where this shoot took place. I lived with my grandmother for most of my life, until I got to high school. I was in boarding school at the National School of the Arts focusing on visual art and design until I found fashion. 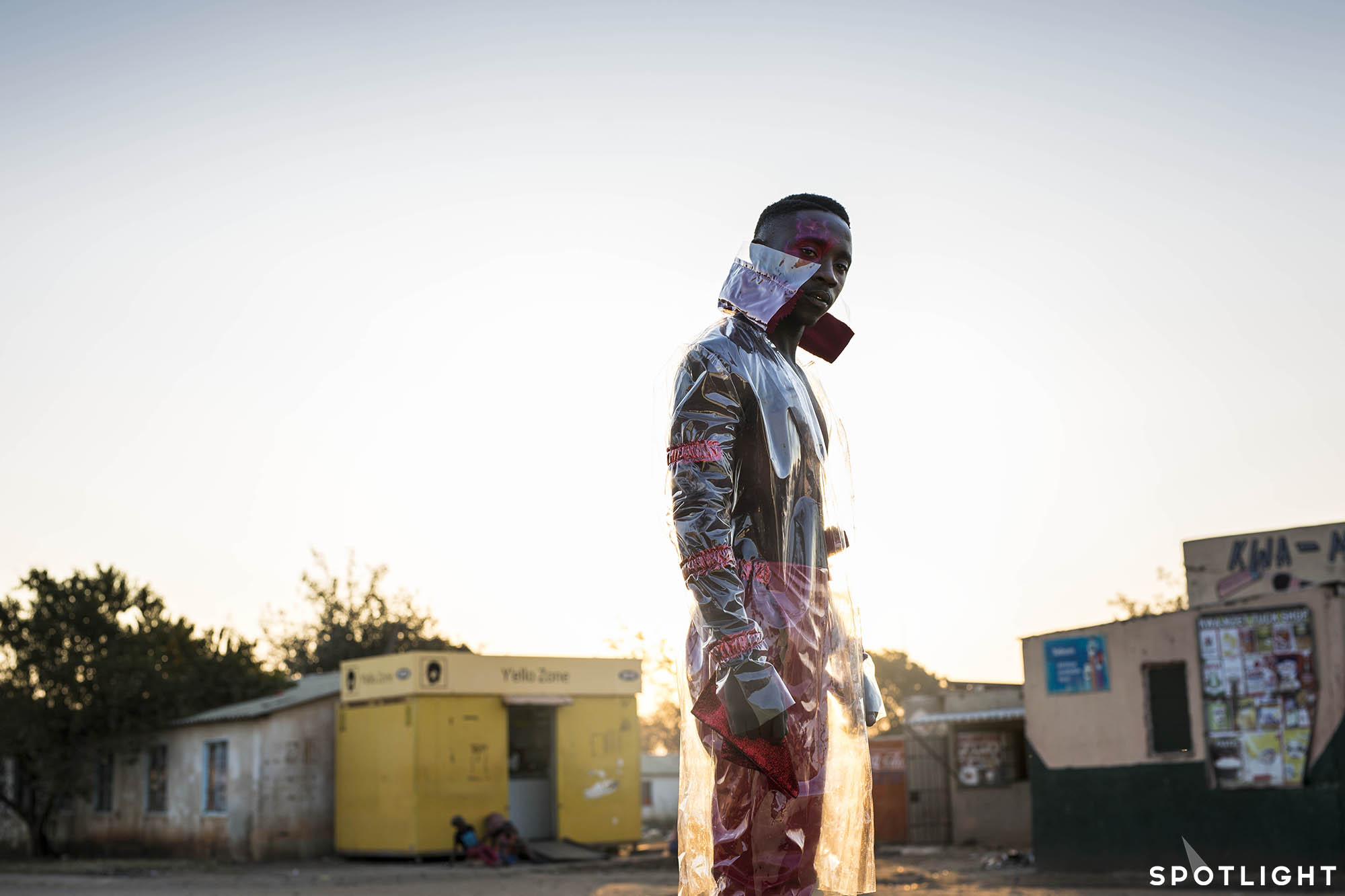 Nao, how did you get your start in fashion?
Nao: I studied at Lisof where I met inspired and motivated friends. Seeing them work so hard to make their brands and businesses grow inspired me to start my own. I felt that I had stories to share and fashion was the medium I had to use. As I grew, I discovered styling. With styling I now get to use more clothes to make these stories musicals and use the whole body of business to move.

Tatenda, what about you and photography?
Tatenda: My love for photography started in my early childhood. My mum used to collect magazines. I used to look through them and cut out the images that where beautiful. In 2010 I decided to buy myself a camera with the intention of recreating images I saw in magazines. I used to look at a lot of tutorials and magazines for settings, thinking it was a one size fits all. A friend of mine invited me to a lunch hour concert at campus and made the mistake of taking me into the photography department. All I saw on the wall were images that looked like the ones from magazines. There the dream began. 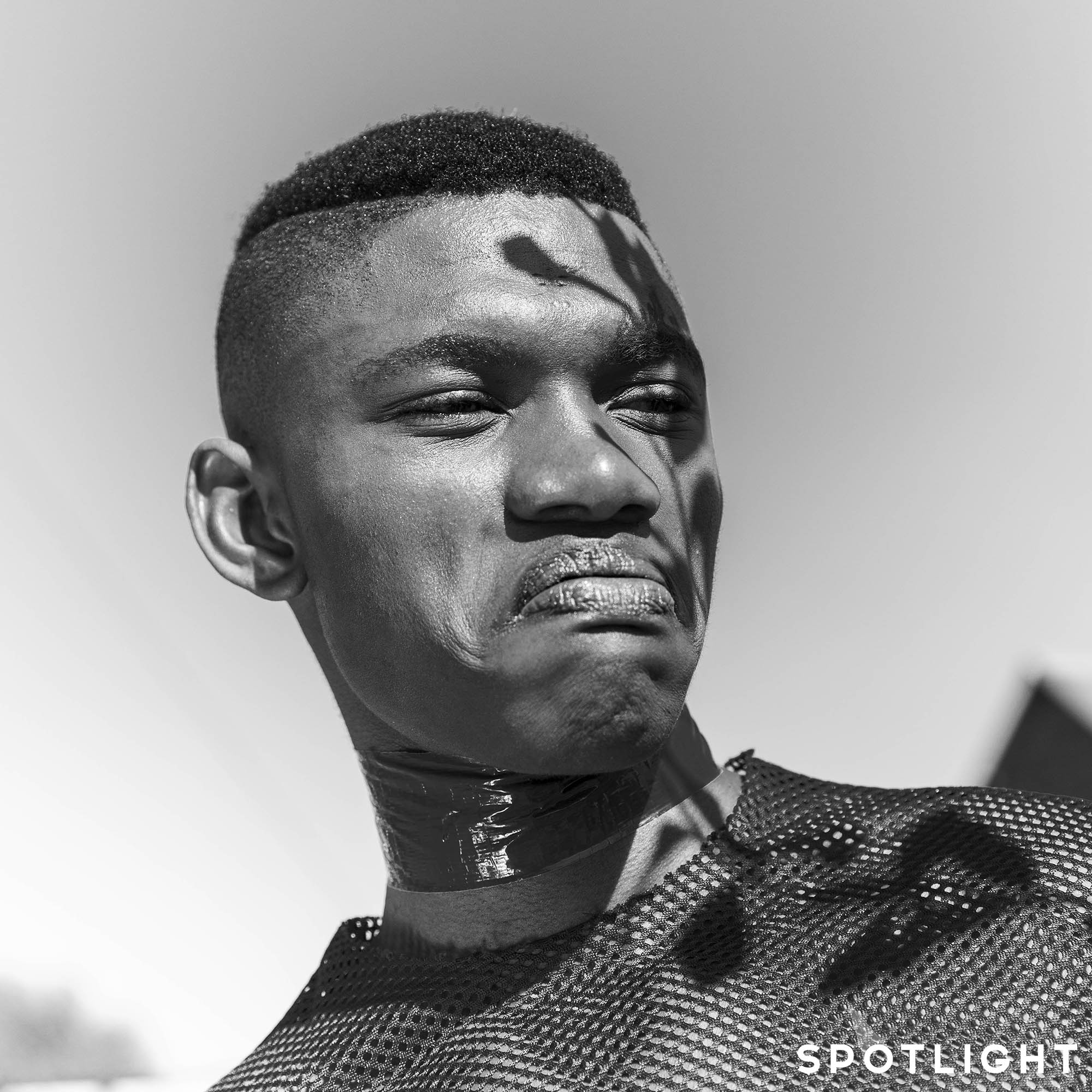 Nao and Tatenda, this project was a collaborative process. Tell us about the concept and style behind the shoot.  Why did you choose these locations and what significance do they have?
Tatenda: Nao had the concept in mind to bring out the beauty and vibe of his hometown with beautiful textures. The locations where picked based on emotional attraction as we drove around the neighborhood. When I looked at colour, textures and form all I had in mind was the flow from one scene to another. Nao brought out the relevance of the locations when he styled the looks for each shot. The amazing thing was how he had only one look for each location. He worked it out and it worked out. We also street-cast the models.

Nao: Tatenda and I have actually wanted to work together on something for a very long time so this collaborative project was long awaited. When we met to discuss it, we decided that we wanted do something like a documentary but still have it be styled up and dreamy. That pushed us towards shooting on location during the day with styling and people that you could find on those streets. We wanted to shoot in a location with a good frequency and I already knew of a few spots that I had been dreaming about in Vosloorus. So we took it from there. 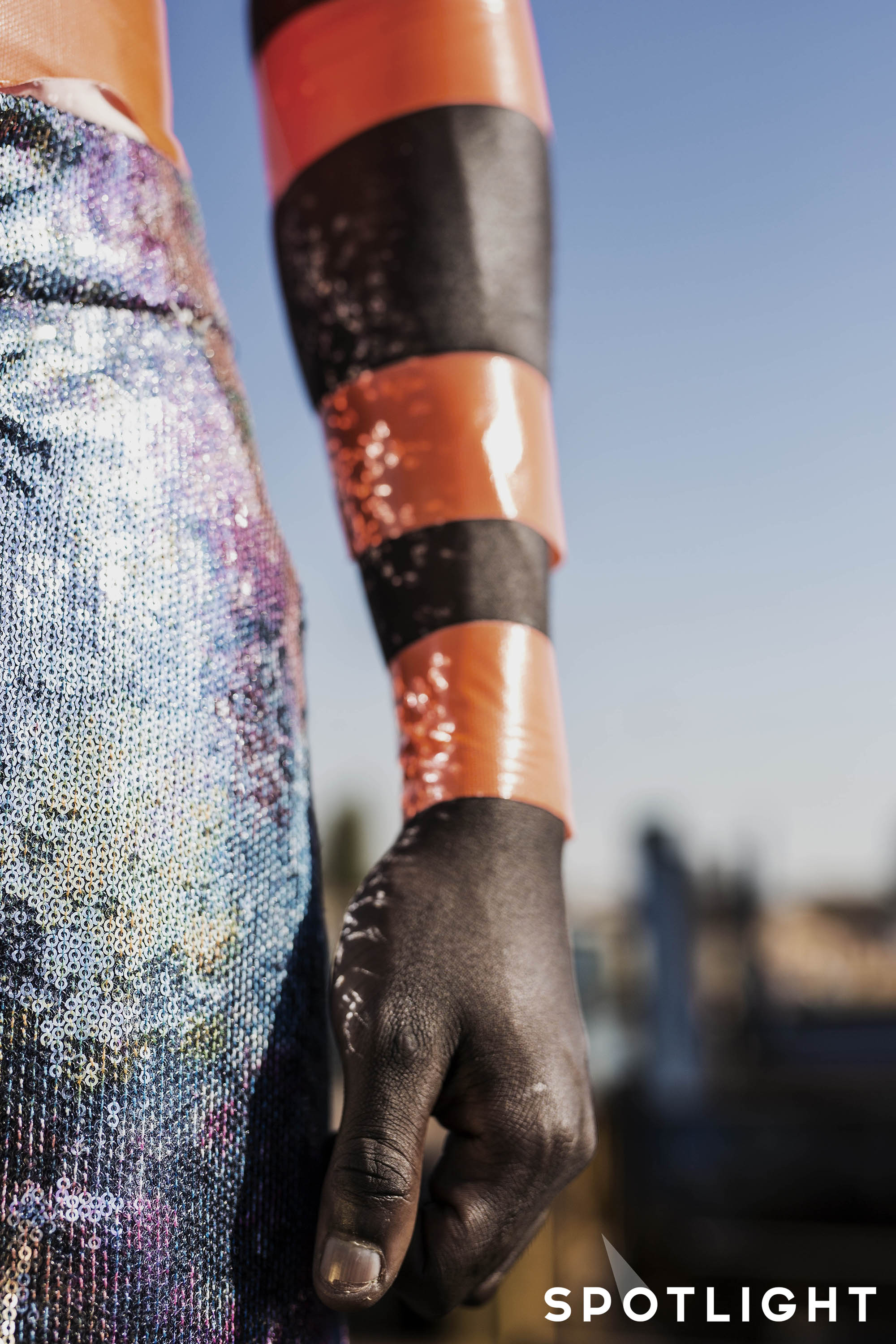 What were some of the technical elements?
Tatenda: After we location scouted, I went on to build my visual literacy and references. Taking into consideration that Nao is a creative in his own way I made sure to research how to shoot his garments in a way that wouldn’t cloud his style. We spoke about retouching and how he wanted the final images to look. We shot mostly with natural light. On the day I had to bring out the best in his garments. I barely shoot anything in colour because of my love for black and white, so I had to adjust my thinking in terms of both pre- and post- production.

Nao, how would you describe your design aesthetic?
Nao: This is always a hard question because I feel like my aesthetic is where I am at that moment, so it’s never a specific box, but I do fall into the high-street or high-fashion box.

Your designs are often referred to as gender fluid. Can you talk more about it?
Nao: Yes, fluidity is a thing for me. I feel like if something is beautiful or it moves you, then why shouldn’t you be allowed to wear it? We should be allowed to move without being caged into a male or female box. 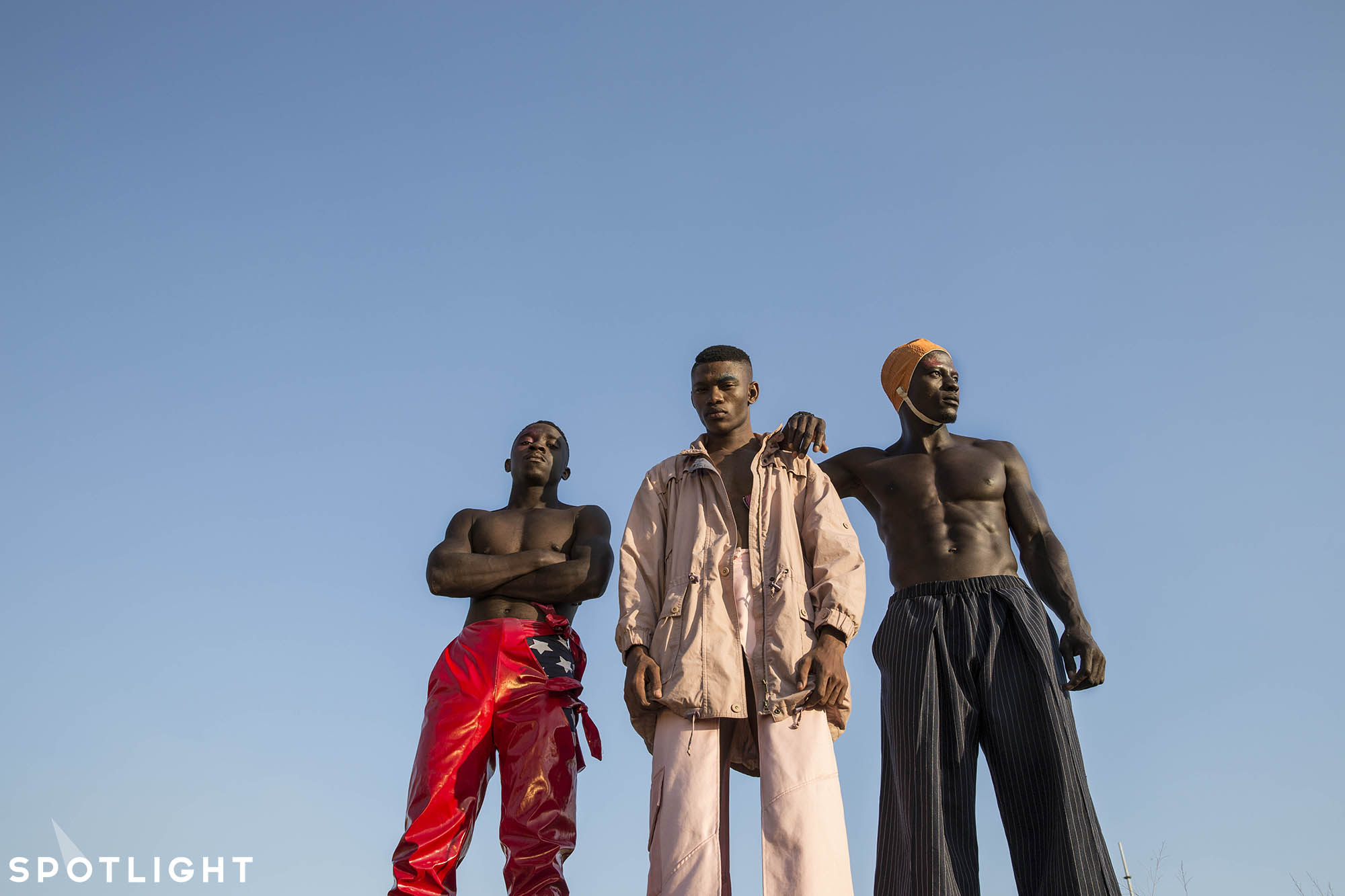 What were your inspirations in terms of styling the shoot?
Nao: After visiting the locations with Tatenda, I was reminded how much I used to dream when I walked these streets as a little boy. I always wanted to be somewhere else living my life as Hannah Montana or a Power Ranger. There are no movies or superstars in these areas but there is a lot of creativity and edgy energy, so I wanted to mirror my dreams and the area’s energy. I wanted all the clothing to be shiny and reflective and full of movement. Tatenda showed me the colours and textures and that made the styling story.

Tatenda, you are part of Lampost’s RISE mentorship programme. What has the experience been like and what have you learnt from it so far?
Tatenda: There is a huge gap between finishing university and getting into the industry. We are equipped with black and white concrete techniques at university but putting them into action is another thing. Being a part of the Lampost team has helped me to understand the industry. I have renowned photographers in Lampost’s books backing me up. The practicality of my degree has only become a reality through the mentoring I get from the team. I am super grateful. 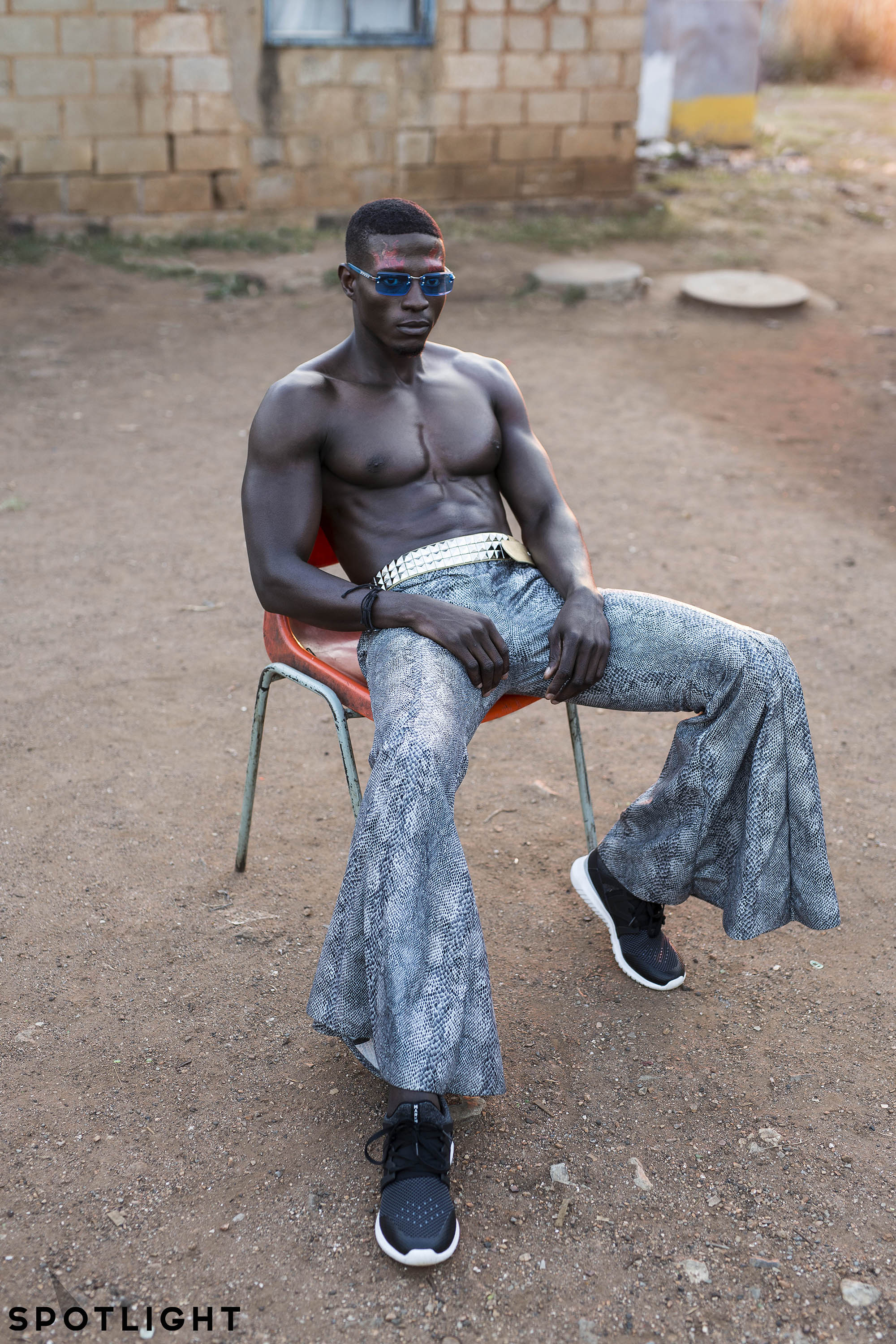 Nao and Tatenda, what’s the best thing about being a young creative living and working in Johannesburg?
Tatenda: Diversity is the most beautiful thing about being a creative living and working in Johannesburg. [Zimbabwe] has a single direction of doing things: life is lived in a certain way; going over the edge is a ‘no no’. So you can easily be boxed. People back home still ask me if I honestly studied taking pictures.

Nao: There are so many resources here and places to learn from. Johannesburg has the amazing ability to somehow generate money for you from your creative work. If you work (but work extra hard, like, Beyoncé hard) people will be receptive to your work and want to help you to be better. 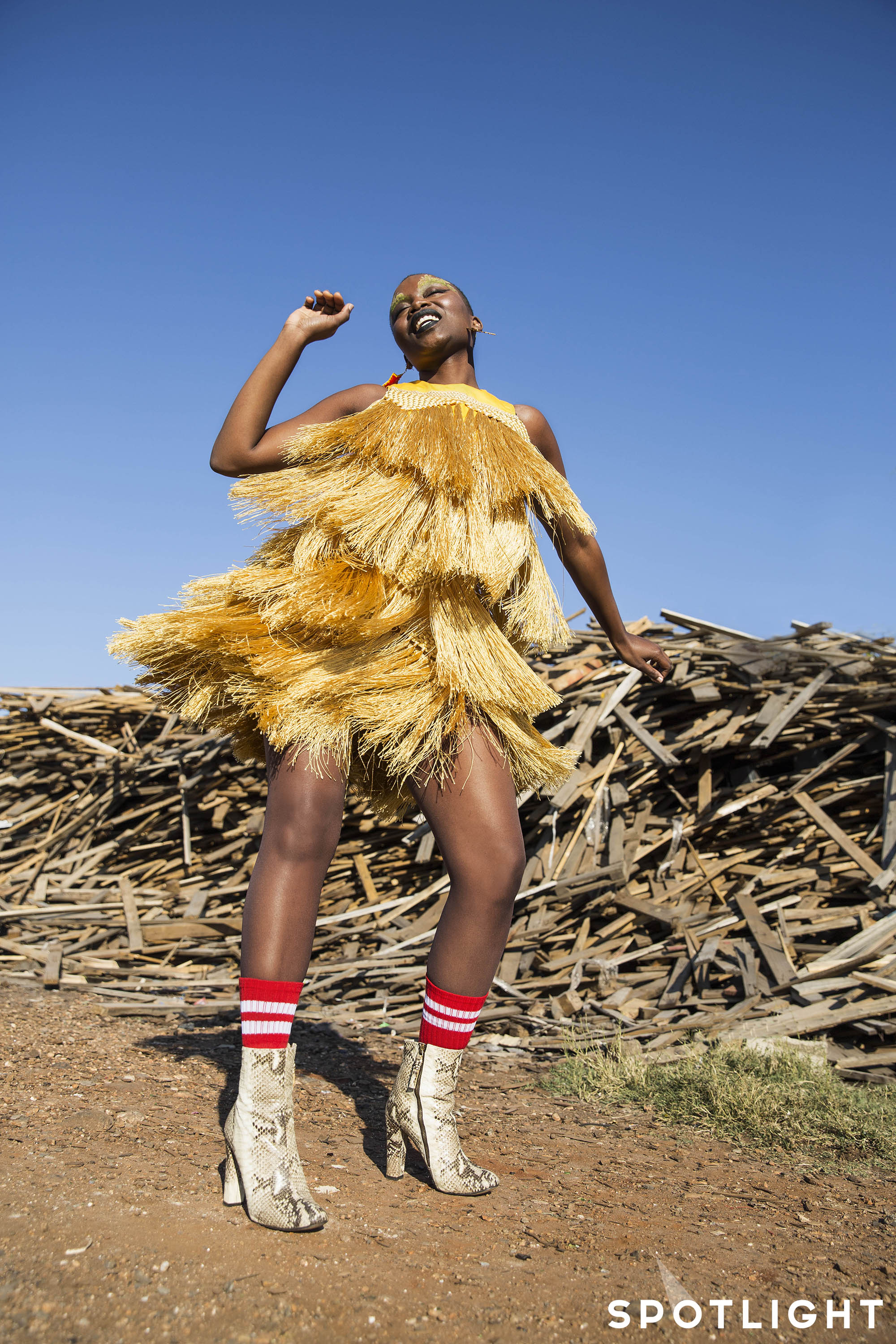 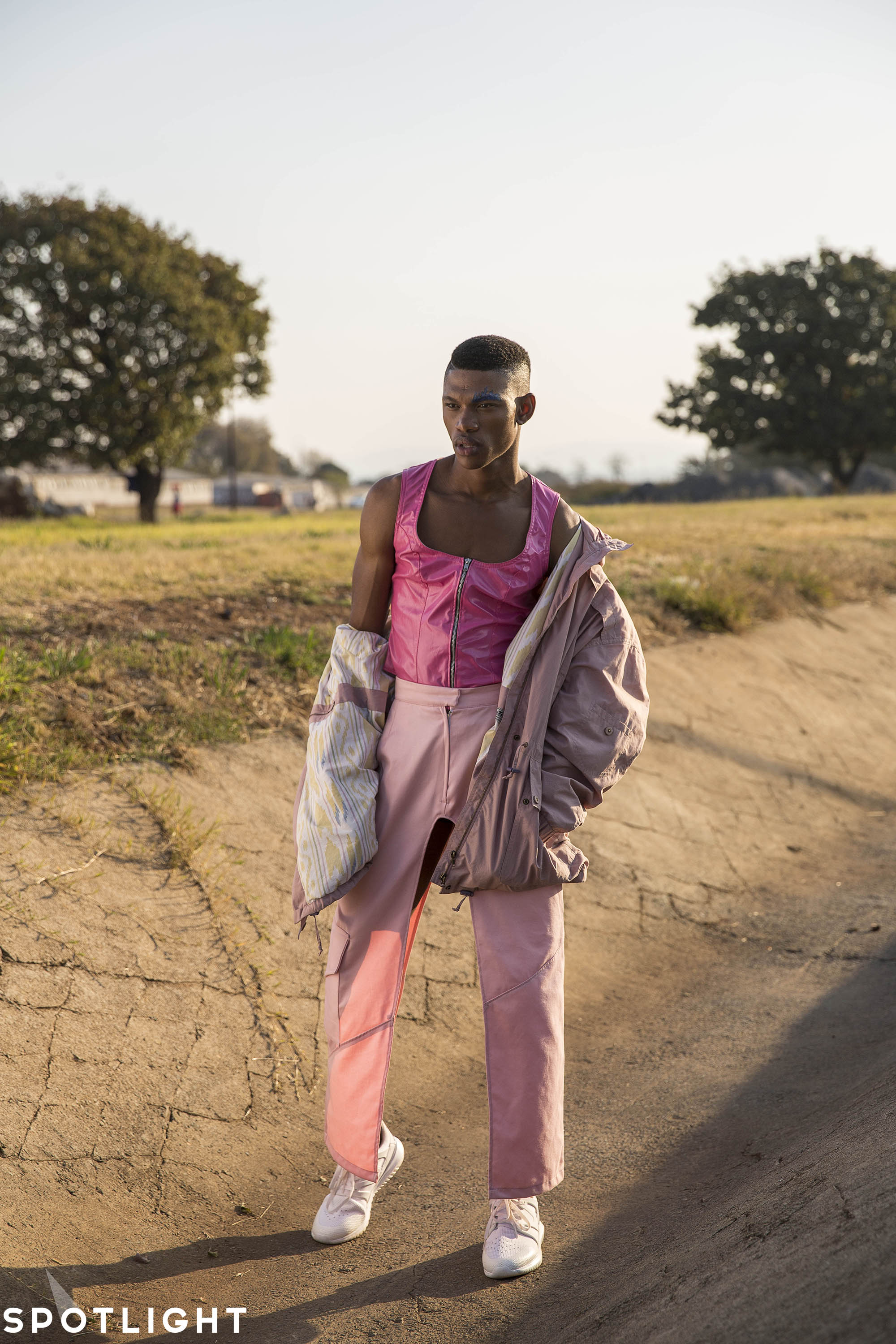 What it was like to work together?
Tatenda: Nao describes less but delivers. I remember how he would say, ‘I see the image in my head but I can’t describe it, but you will see’. I am a ‘give me details’ kind of a person because I am afraid of missing creative input. He is vibrant and very conceptual in his designs so I had to adjust a little in my mind. I asked a lot if everything was right. I was really stretched. It was a great experience to work with Nao.

Nao: It was such a pleasure working with this team, having Orli Meiri on make-up was the icing on the cake. Everyone was keen to take a day off and play with us. It made the project feel so special. No one complained about the early morning start and late afternoon finish and everyone joked and laughed through the blazing sun and winter cold. I am so grateful for this team. 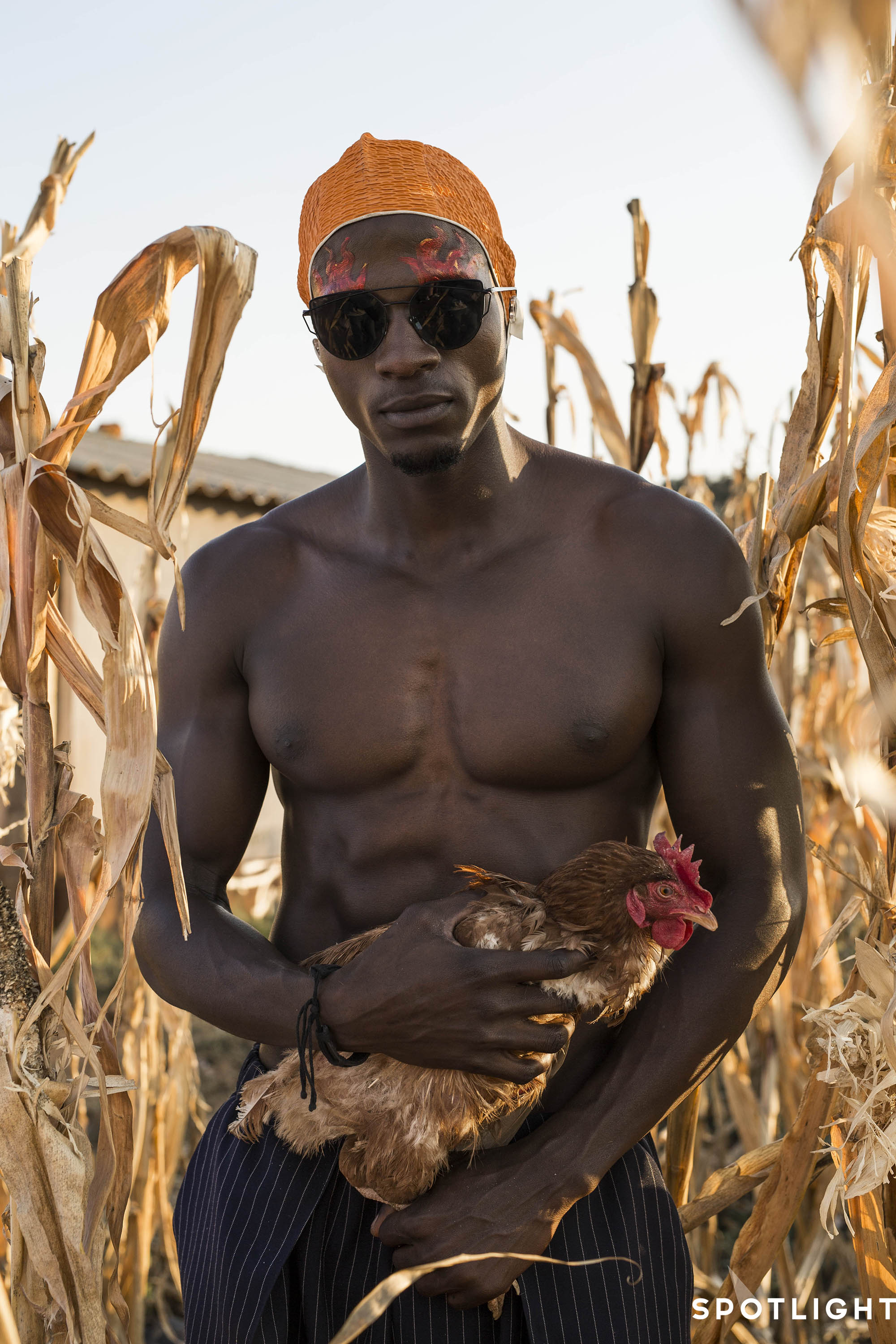 Nao and Tatenda, where do you see your creative practice going? What future projects would you like to accomplish?
Tatenda: I believe this is just beginning and greater things are still to come. This experience has opened me up. I look forward to working with Nao in the future on bigger campaigns.

Nao: I would love to work with Tatenda again on an even bigger story.