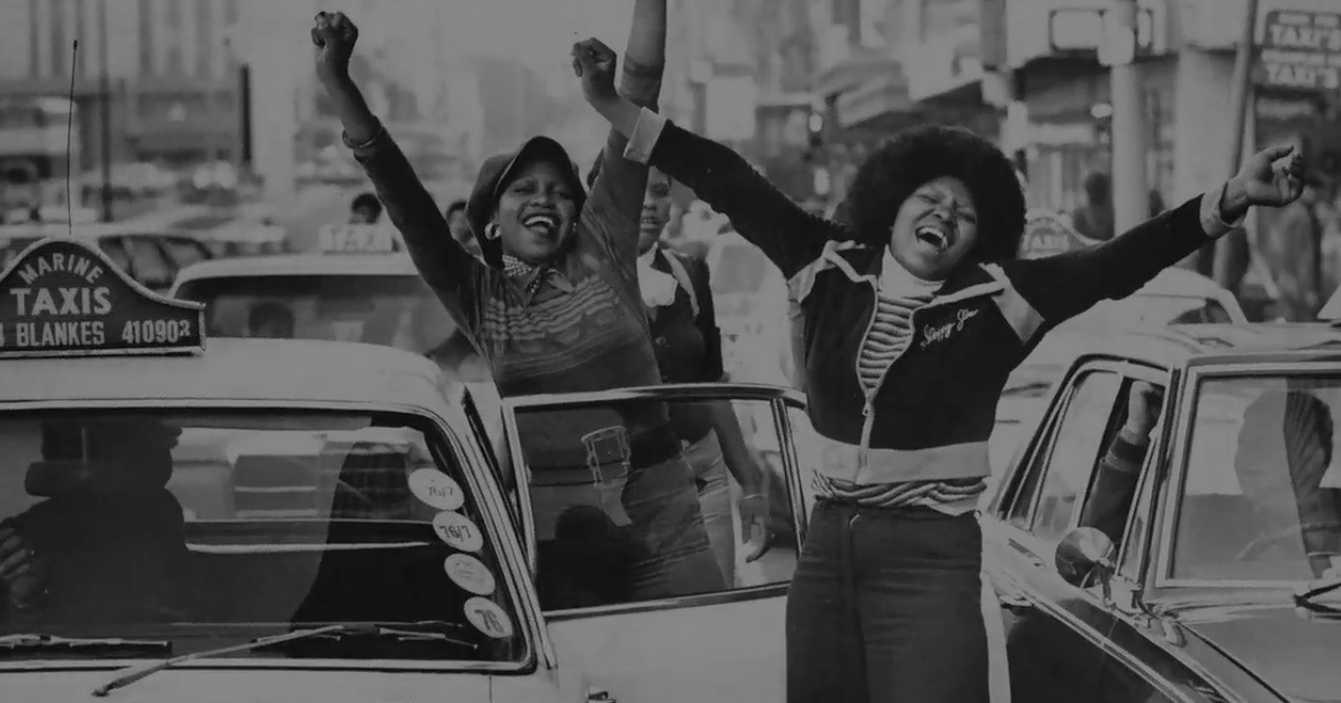 06 Jun Uprize! documentary relooks 1976 Soweto Uprisings – a ‘history that is hardly ever spoken of’

Posted at 09:00h in Video by Gabriella Pinto
0 Likes

“We have a philosophy about the representation of blackness in our work: we try and avoid, as much as possible, the depiction of black bodies lying on the ground. You can appreciate how challenging that is when telling a story in the context of apartheid, but it is possible,” producer Tshego Molete Khanyile tells us when explaining how she and filmmaker Sifiso Khanyile sourced archival footage for their latest documentary, Uprize!

Through personal accounts from student leaders and rare archival footage, Uprize! investigates the time that shaped the youth of 1976 and ignited the Soweto uprisings. After screening at this year’s Panafrican Film and Television Festival of Ouagadougou – or FESPACO – in Burkina Faso and New York’s African Film Festival, it comes to the Encounters Documentary Film Festival running until 11 June.

We chatted with Sifiso and Tshego to find out about the process of making the film and the importance of exploring this specific moment in history within the broader scope of South Africa’s struggle narrative. 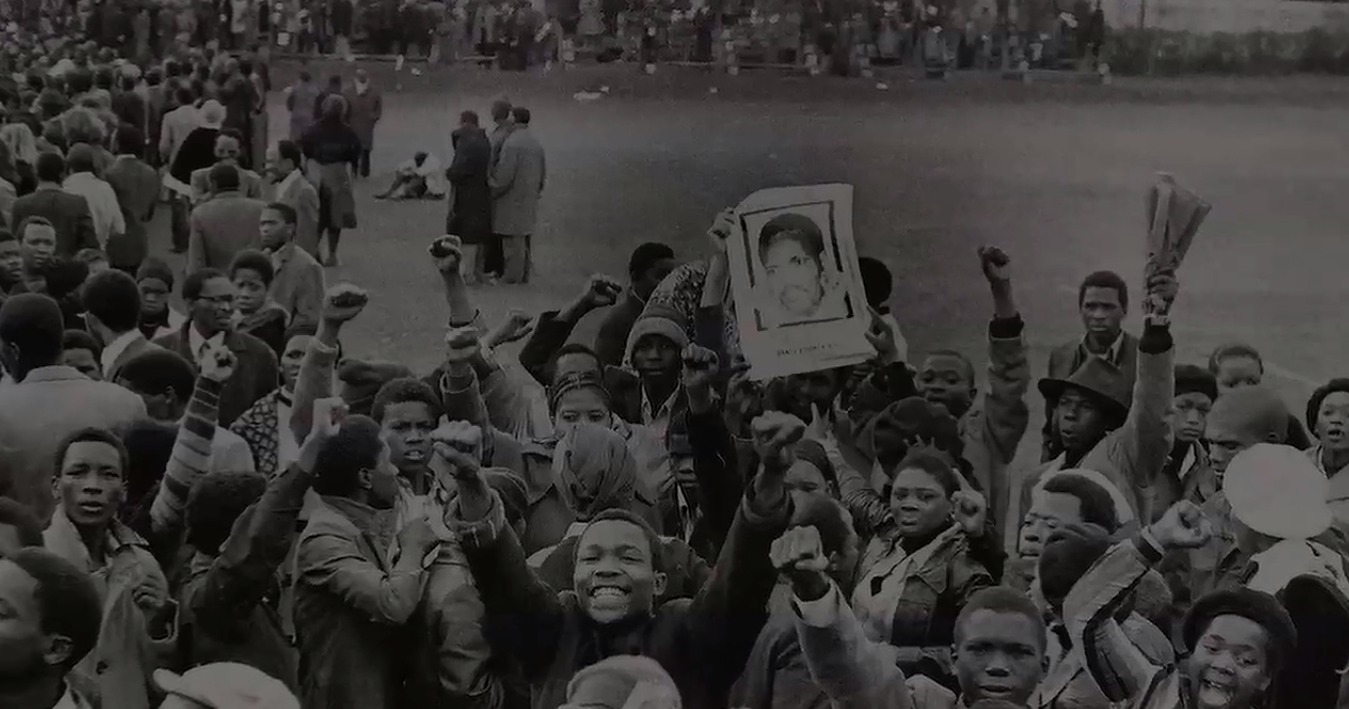 What inspired this documentary?
Tshego: Last year was the 40th anniversary of the 1976 student uprising and the National Film and Video Foundation (NVFV) put a call out for special projects to commemorate the occasion. We responded to the brief and pitched our story, and were selected as one of two companies to produce stories around the theme.

Could you share the process of finding and selecting people to interview?
Tshego: We had a short but intensive research process. Besides the usual names associated with the June 16 story, other names came up that led us down many different paths. We discovered some amazing stories. Obviously, we had to leave quite a few of them out, which is just the nature of documentary filmmaking. But we were working with several main themes and tried to incorporate known and fresh voices to speak to those ideas.

The documentary focuses on the world that shaped young revolutionaries. What are some of the more nuanced details that our history books leave out when looking at the youth from that time?
Tshego: A big part of it is just the everyday-ness of people we now recognise as heroes. We also look at a time in history that is hardly ever spoken of; in our history books, the ’70s are glossed over because big personalities such as Mandela and Sobukwe are locked away, and the main liberation movements have gone underground. This completely overlooks a complex society that is trying to function: parents get up and go to work, children got to school. In between all of that, they still find time to be radicalised by their teachers and the books they read, the poetry readings they attend and the music they listen to because it all speaks so acutely to the situation they find themselves in. 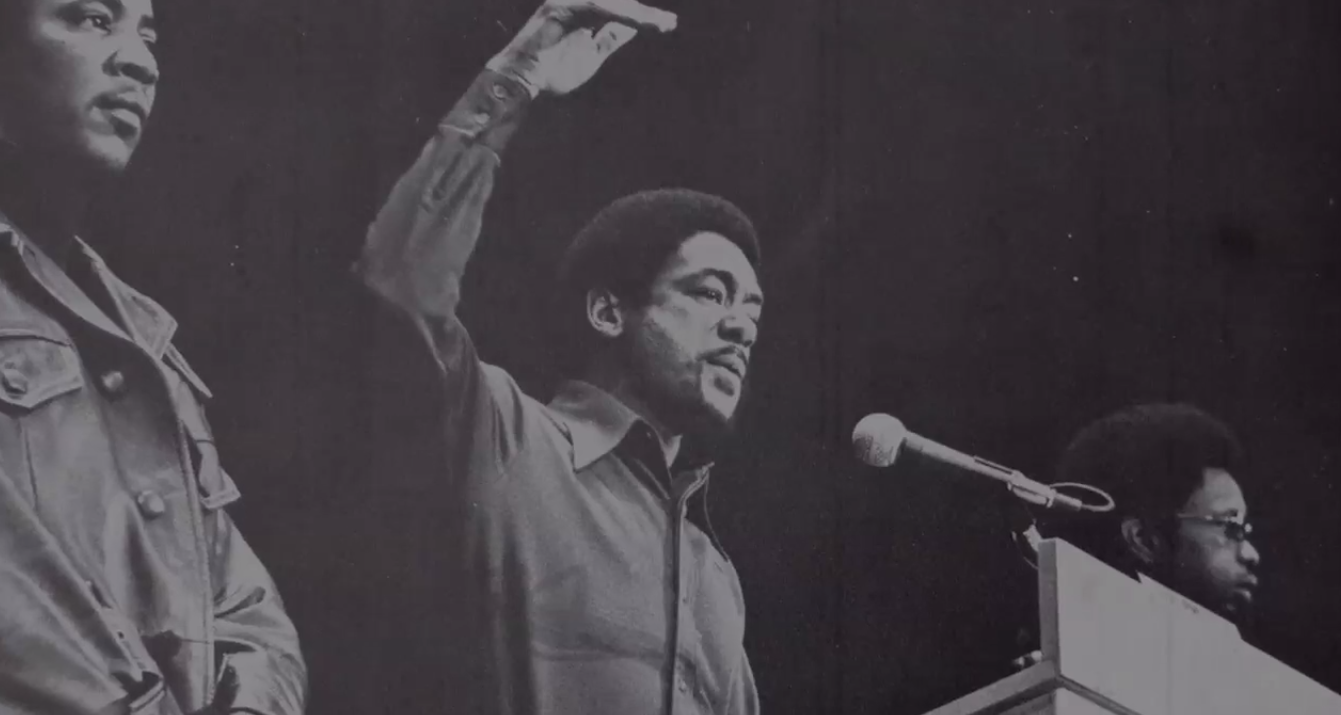 What surprised you most during the process of making the film?
Sifiso: The levels of maturity and how organised the students were at age 16 – their ideological clarity and the willingness to pay the ultimate sacrifice. This is often overlooked in reporting about the student protests of 1976 because the focus is on the brutality of the apartheid forces and the martyrdom of Hector Pieterson and Hastings Ndlovu.

The documentary uses archival footage. How did you decide, which footage to use?
Tshego: We have quite a lot of experience in archive research, so we had an extensive network to tap into. Going into this project, however, we did not want to use the same old archival images that we see whenever the story of South Africa is told … It also makes for a richer depiction, instead of black people as just victims, which is what we are actively trying to avoid. Our footage had to speak to all of those points, as well as support and enhance our story.

What would you say about the youth today in comparison to the youth of 1976?
Sifiso: There are a lot of similarities. Although the youth today operate from a democratic framework and their struggles can be seen as fickle compared to the youth in ’76, for the most part, they also deal with economic exclusions and disenfranchisement.

Their struggle can be a lot worse because it’s a little more complicated. It has a lot more nuances, it demands that the struggle be a bit more intersectional while focusing on a single objective, that of academic exclusion. Today’s youth also have to deal with parents who might not understand their challenges because they are so called ‘born free’.

After speaking with those who were part of the 1976 uprising, what’s the most important thing you’ve learnt?
Sifiso: The process of making this documentary underscored the importance of self-determination and self-definition. This generation came from a time where the apartheid regime wanted to control their minds through the bantu education project, shaping their destiny in a way that ensured they wouldn’t go beyond certain forms of labour. They understood this and resisted with everything they had. It also highlights the importance of education.

Filmmakers often make sense of things in their lives through their work. Do you feel that you do that?
Sifiso: I believe that all art is autobiographical. Maybe not so figuratively in most cases. Making a choice on which story to tell, and the responsibility of how to tell that story intrinsically links you to that narrative. This is how histories and humanities are formed.

What do you hope audiences will take away from watching this documentary?
Sifiso: We feel that history has reduced the 1976 protests to a single image and has in many instances missed the opportunity to valorise and celebrate other heroes of the youth struggle in ’76. We hope that people will identify the unifying attributes of that struggle and start seeking those that can unify us in our struggles today.

All images from Uprize!