Spotlight: On publishing and portraiture with Ian McNair, Maneo Mohale and Ed Blignaut

Written by Dave Mann on Jun 12, 2017 in Interviews, Photography

If you’re interested in music and sub-culture from across Southern Africa, chances are you’ve probably heard of Platform. And if you’re a fan of strong, personalised portrait photography, you may have come across the work of Ed Blignaut.

Platform, first established in 2013 before closing in late 2014 and officially relaunching in November 2015, is run by Ian McNair – its founder and publisher – and Maneo Mohale – its managing editor. Sharing a combined background in writing, editing, event production and more within the arts industry, Maneo and Ian are steering Platform towards a more inclusive, accessible and passionate space.

Ed, who forms part of Lampost’s RISE mentorship programme, is a photographer and videographer whose work spans portraiture, documentary, nightlife, fashion and more. Taking to the medium of photography through the desire to document his own memories, Ed has gone on to produce some striking bodies of work, always with a strong emphasis on narrative and, of course, people.

The three recently came together to work on a collaborative photoshoot and the results see a simple yet marked series of portraits. We caught up with Maneo, Ian and Ed. 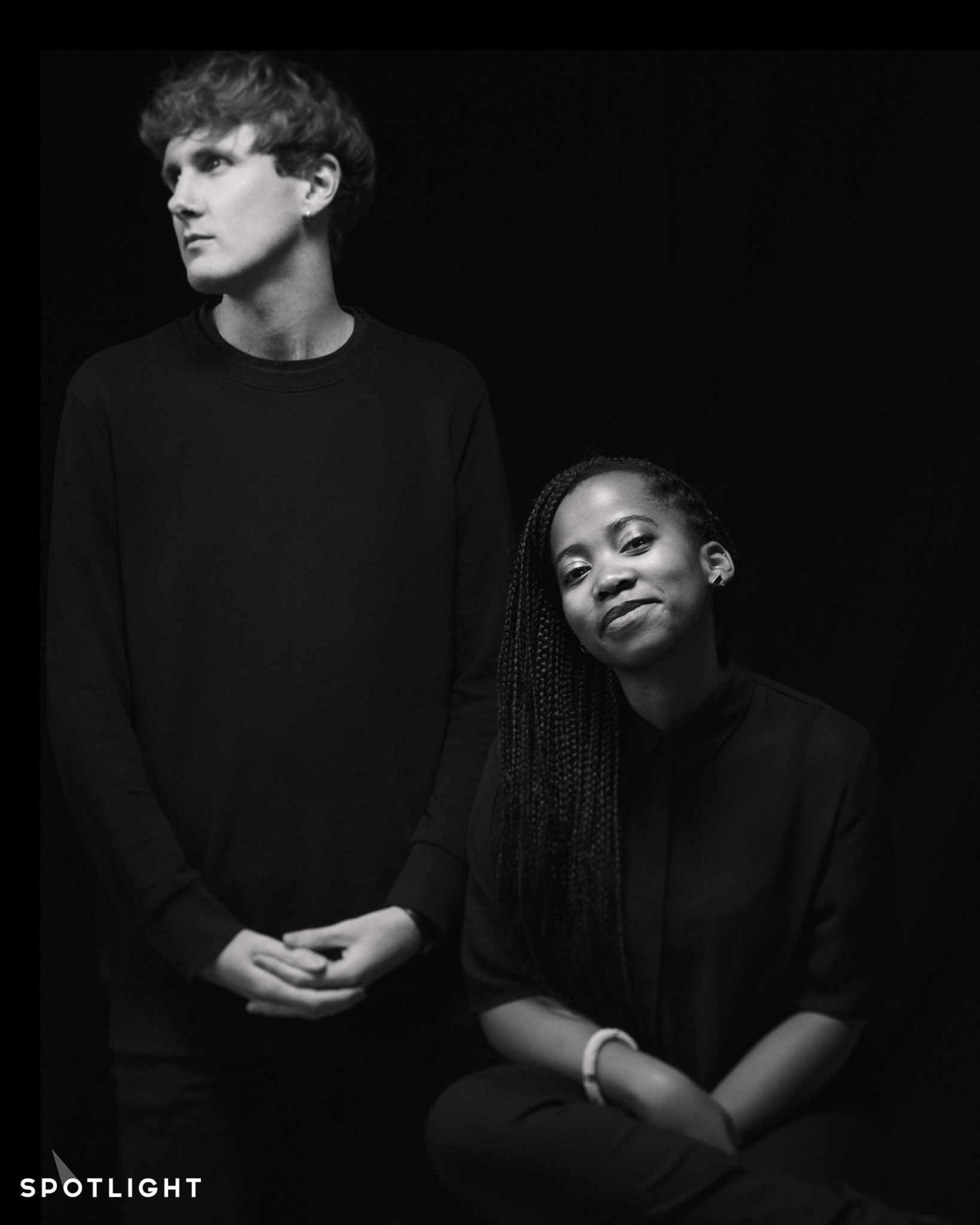 Maneo and Ian, can you tell us a little bit about the work you do for Platform?
Maneo: Outside of the day-to-day managing of the site’s editorial content, I’m also involved in managing individual Platform projects, like our workshops. I particularly love this side of the work we do because I come from an activism background, as well as a writing background. Activism involves quite a bit of community organising, basebuilding and people-work. Above and beyond being a writer and an editor, roles that tend to be quite insular and lonely, workshop facilitation and panel moderation is work that thrives when you allow yourself to get close to people. And I adore people – it’s why I do what I do.

Ian: As the ‘publisher’ of the online magazine, my work is a lot of the admin stuff, to be honest. Boring and stressful things, from making sure there is cash in the bank at any given moment and ensuring that our invoices are being paid and that we’re paying our contributors, to maintaining the website, doing all the graphic work and making sure we’re growing fast enough to make our goals achievable.

As the founder, I also have to have my eye on the success of every part of the shared and ever-evolving vision. As a publication with a niche focus, and a transformative vision, we have to stay listening to the community always, both in terms of the needs of supporting and enabling a healthier music landscape, as well as correcting the historical biases in ways that don’t do further harm. A lot of my work is to steer the whole ship to proactively avoid the sometimes conflicting pitfalls of over-niching and pretentious inaccessibility vs. lazy poptimism, unfeasibility vs. selling out, overpromising work to writers vs. missing out on important stories. I’m unspeakably fortunate to have Maneo on board for the last few months, whose vision, knowledge and fierce commitment have made all these battles much easier to fight. 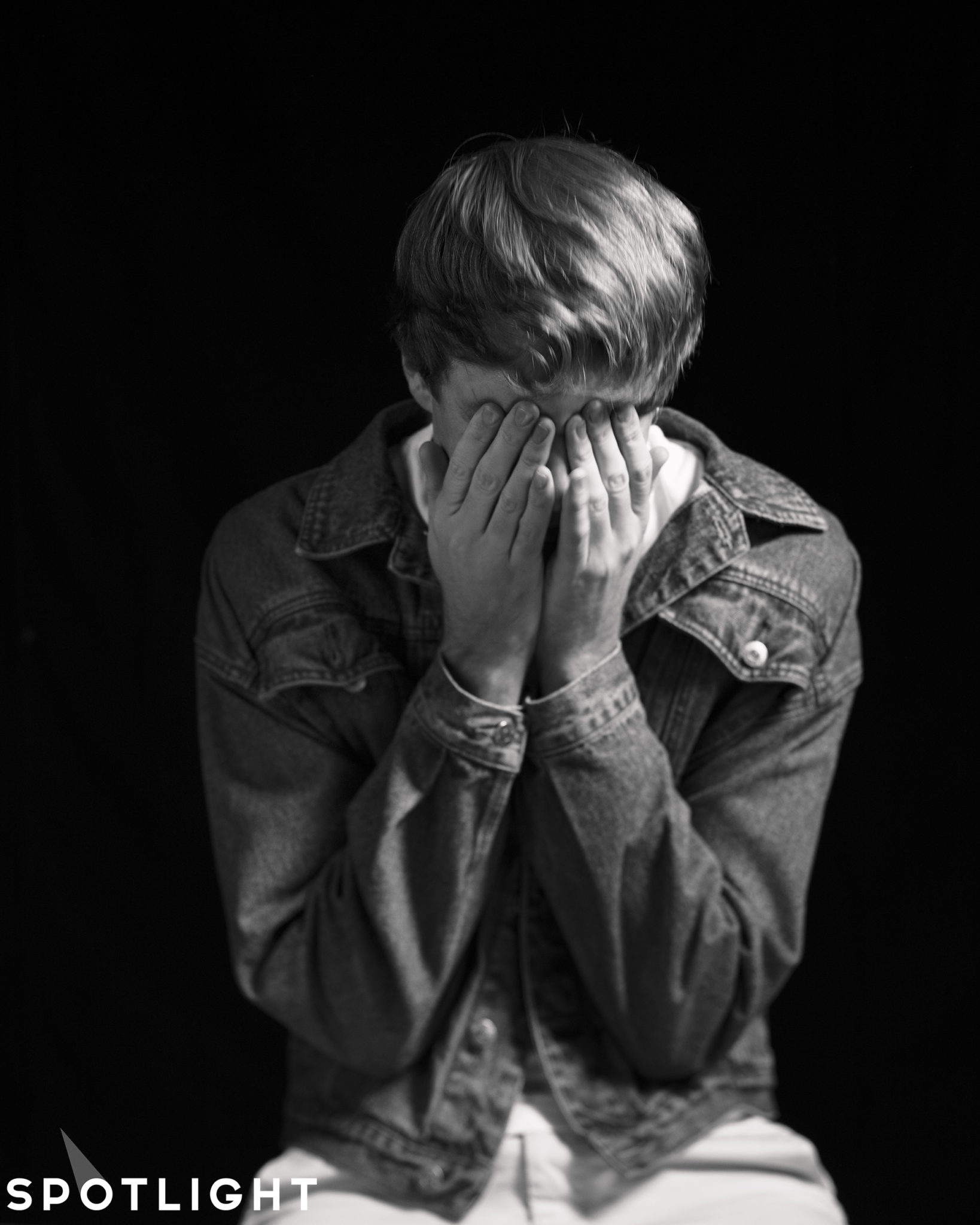 Ed, tell us a bit about your history with photography and how you came to make it your career.
Ed: Ever since I could remember, I have always wanted to be a photographer. I don’t know where exactly it came from, possibly from my father having been a photographer in the Navy and always wanting to take pictures wherever we went together.

In December of my matric year I did a sailing course and got a job skippering in the Seychelles the next year. For six months I stayed on a tiny island, sleeping under a marque tent and chartering people up and down other islands. I made friends with the locals quite quickly and immediately felt an urge to somehow capture this experience. I had brought an old 35mm Pentax with and started exposing moments to negative, somehow also capturing the feeling and everything that was enveloped with the experience when I triggered the shutter.

When I came back to Joburg I did a small photography course and then starting assisting the top pros as much as I could, I steadily started shooting wherever there was an opportunity. 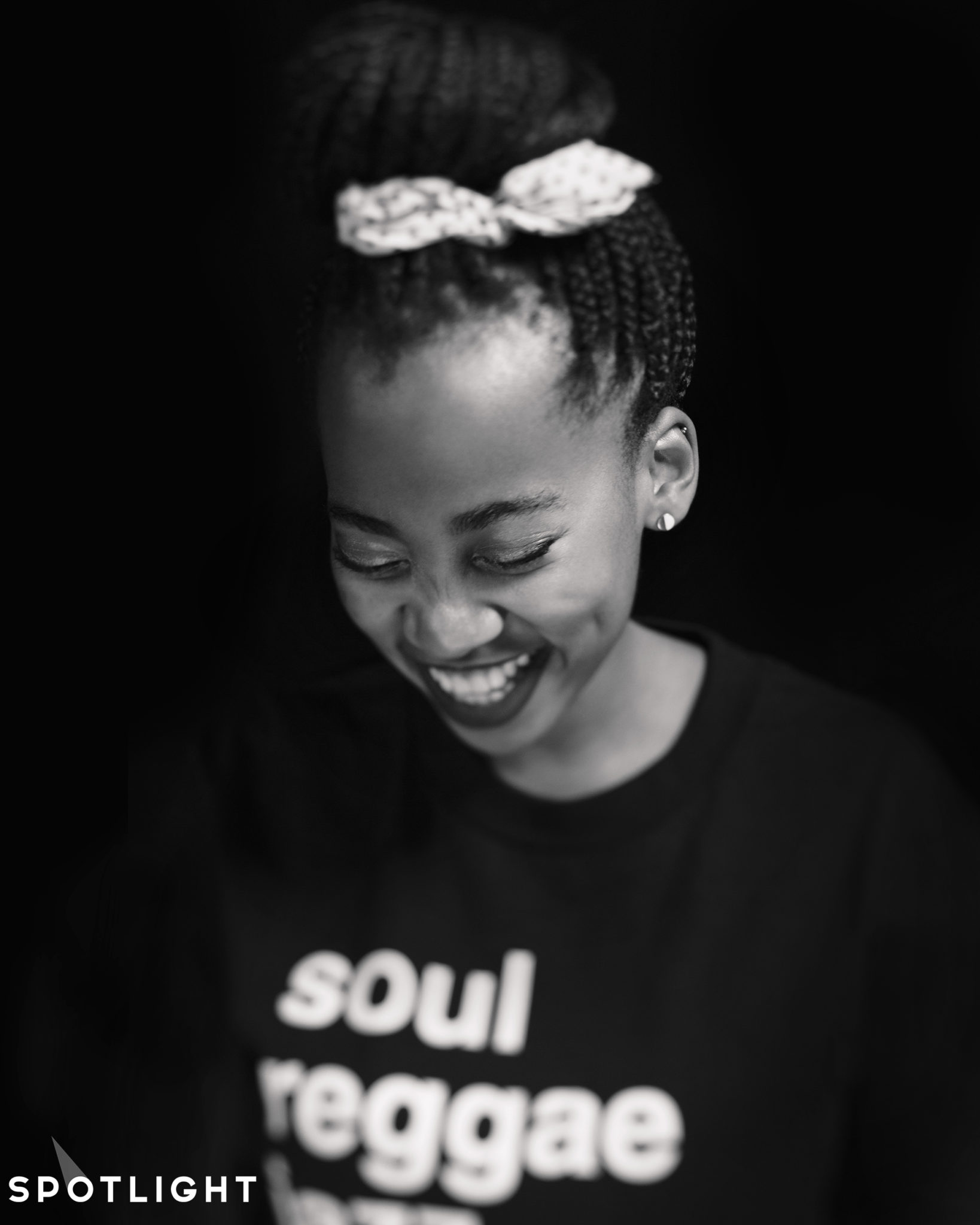 Ed, many of your portraits are quite minimal and stripped down, choosing to focus more on the subject of the photograph to really bring them to the fore. How did you come to develop this style?
Ed: I have always thought simple is best and I don’t think it’s necessary to complicate anything. Essentially, adding elements makes it easier to hide which is the opposite of what I want.

Tell us a bit about the collaborative photoshoot. How did you come to decide on the final product?
Ed: When Ian, Maneo and I met a couple weeks before the shoot to discuss ideas, it came very naturally to decide on simple portraits. Nothing to distract the eye and just enough to give hints of the type of people they are. As they spend most of their time behind the scenes of everything they are involved in, Ian and Maneo aren’t used to being in front of a lens. Maybe it was the chilled atmosphere or the fact that it was just the three of us but I feel they showed themselves and I was lucky enough to time those moments with the push of a button.

Maneo: The shoot was really lovely! As an editor, it was such a counter-intuitive exercise to step in front of the camera, and to be the focus of that kind of attention – especially when I’m naturally a bit of an awkward bean anytime anyone points a camera at me. But having Ian there and sharing the shyness and awkwardness together felt so good. And Ed was very kind and encouraging, which helped me creep out of my skin a bit. 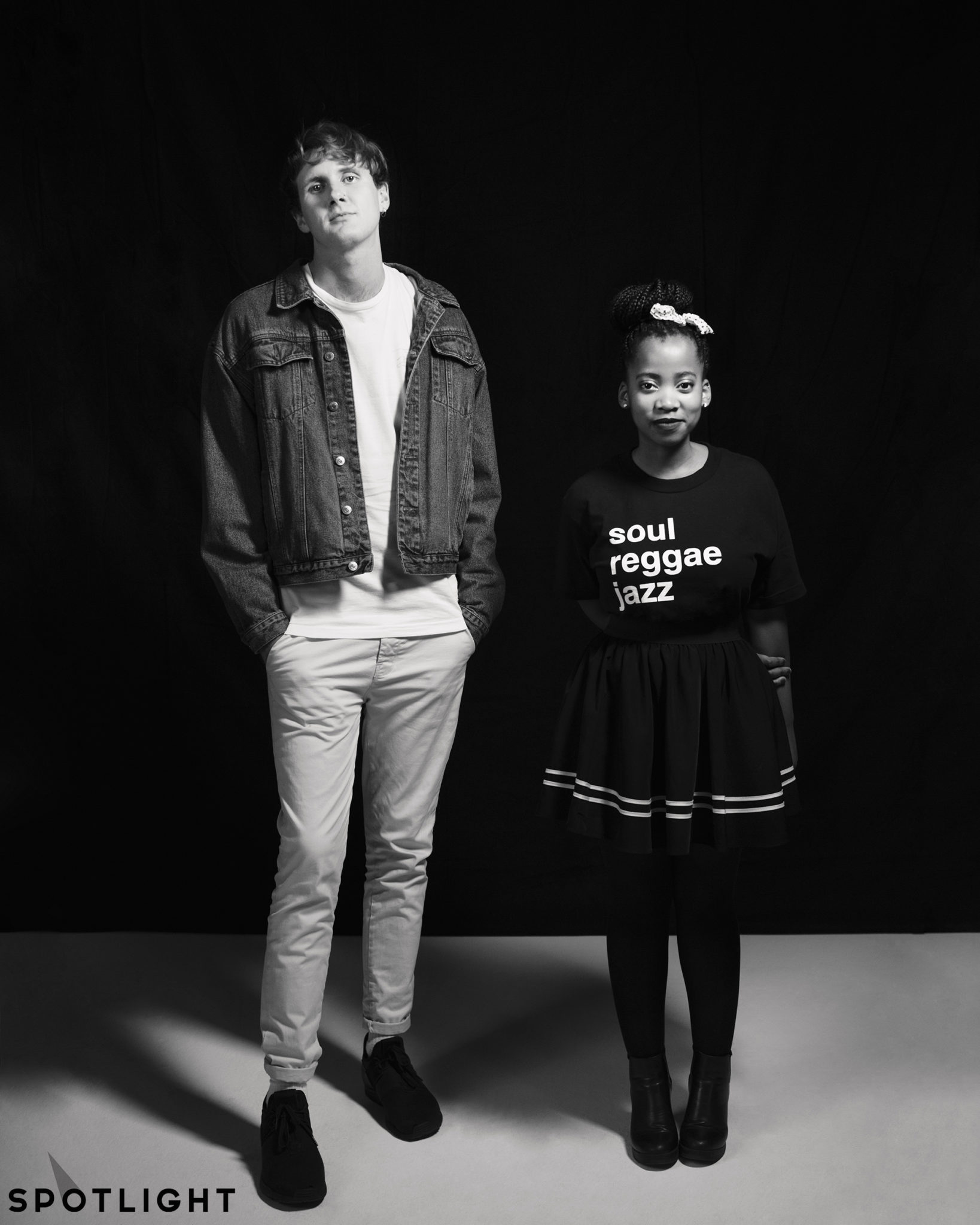 Maneo, your job involves a lot of behind-the-scenes work, sourcing writers, finding stories, and more. What are the some of the challenges you face in this regard?
Maneo: One of the biggest challenges for me at the moment is writer development – which is a two-fold challenge. On one hand, we’re very conscious of diversifying the pool of writers from which we source content – which means bringing in voices that we don’t normally get to hear in arts and culture journalism. So that means bringing in more womxn writers, more Black writers, more trans and queer writers, et cetera. These are voices who are rooted within and have access to subcultures we don’t normally see or read.

On the other hand, once we source writers, a huge challenge is in developing the writer’s voice to speak on a particular facet of music or film or culture with a sense of authority, sensitivity, skill and nuance. Writing is such a deeply personal exercise, because it’s so tied to a person’s voice and worldview. So editing a writer and sending firm and constructive feedback with compassion and sensitivity is a tricky exercise, especially when you’re keeping an eye on things like deadlines. 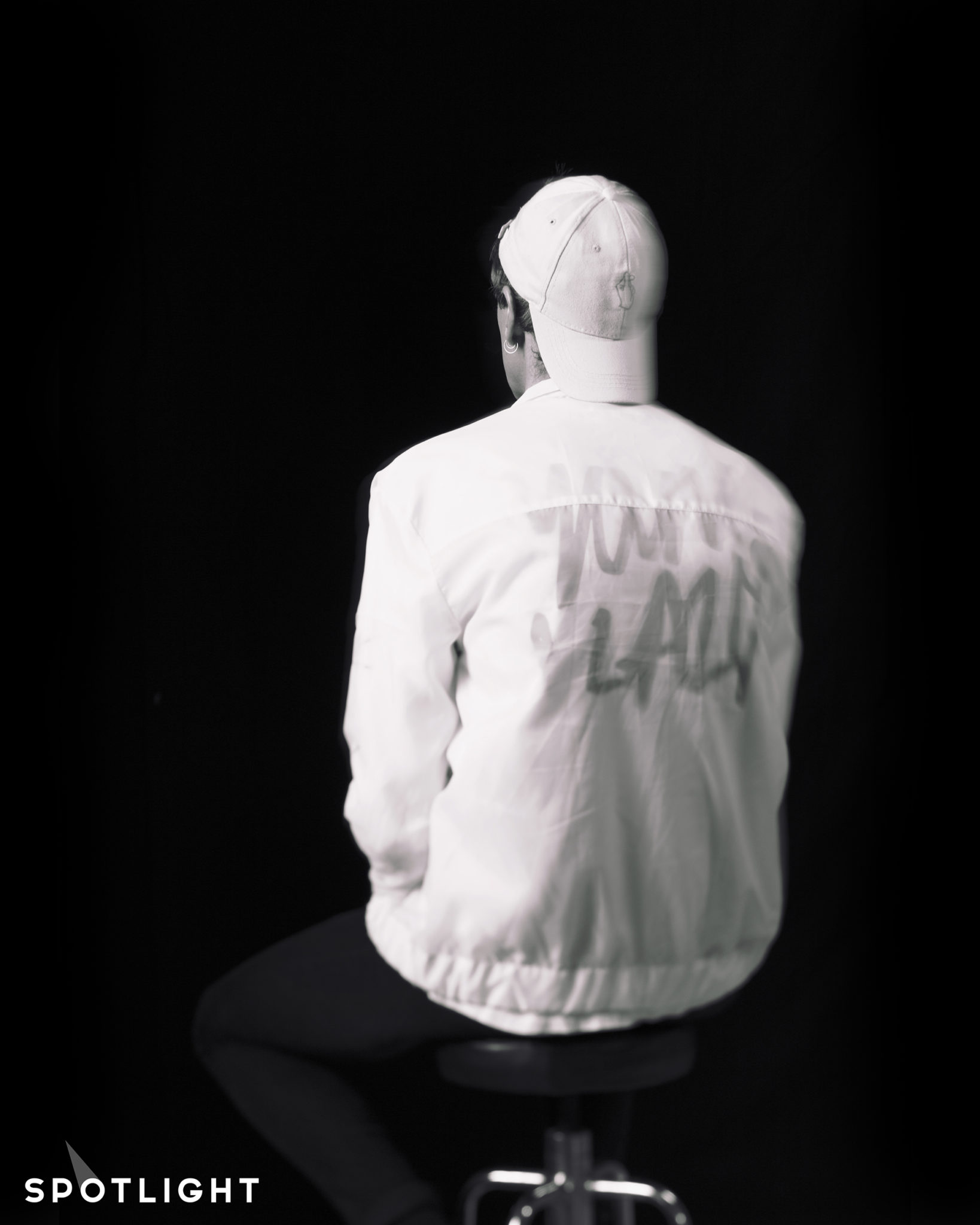 Maneo and Ian, what are your thoughts on the publishing industry in SA? Is there anything you’re hoping to change or improve on?
Maneo: Joining Platform, I was really excited to contribute to changing how people wrote about Southern African music and subculture. The Southern African music writing I encountered often leaned heavily on the academy, and tended to be quite anthropological in its focus – mostly because it was dominated by white male writers who wrote from the outside-in. That’s definitely changing, and it’s about damn time. With the rise of diverse and superb online and print arts publications, and guiding lights like Milisuthando Bongela and her amazing team at the Mail & Guardian, we’re definitely heading in a truly exciting direction. I’m honoured that we get to contribute to that, in our way.

Ian: Platform was relaunched in 2015 as a direct response to a lack of enough deep-diving, diversely-voiced, transformative journalism around music in the region. There are publications that are and have been doing good work to get the right stories told and in ways that break from the norm of dusty obscure language or blogging about your mates’ bands. We aim to correct biases, in terms of what stories get covered and who is telling the region’s stories, away from the wealthy straight white able-bodied men that dominate conversations around culture. We also aim to improve and deepen the global and local engagement with the region’s culture-makers to be more insightful, knowledgeable and passionate. 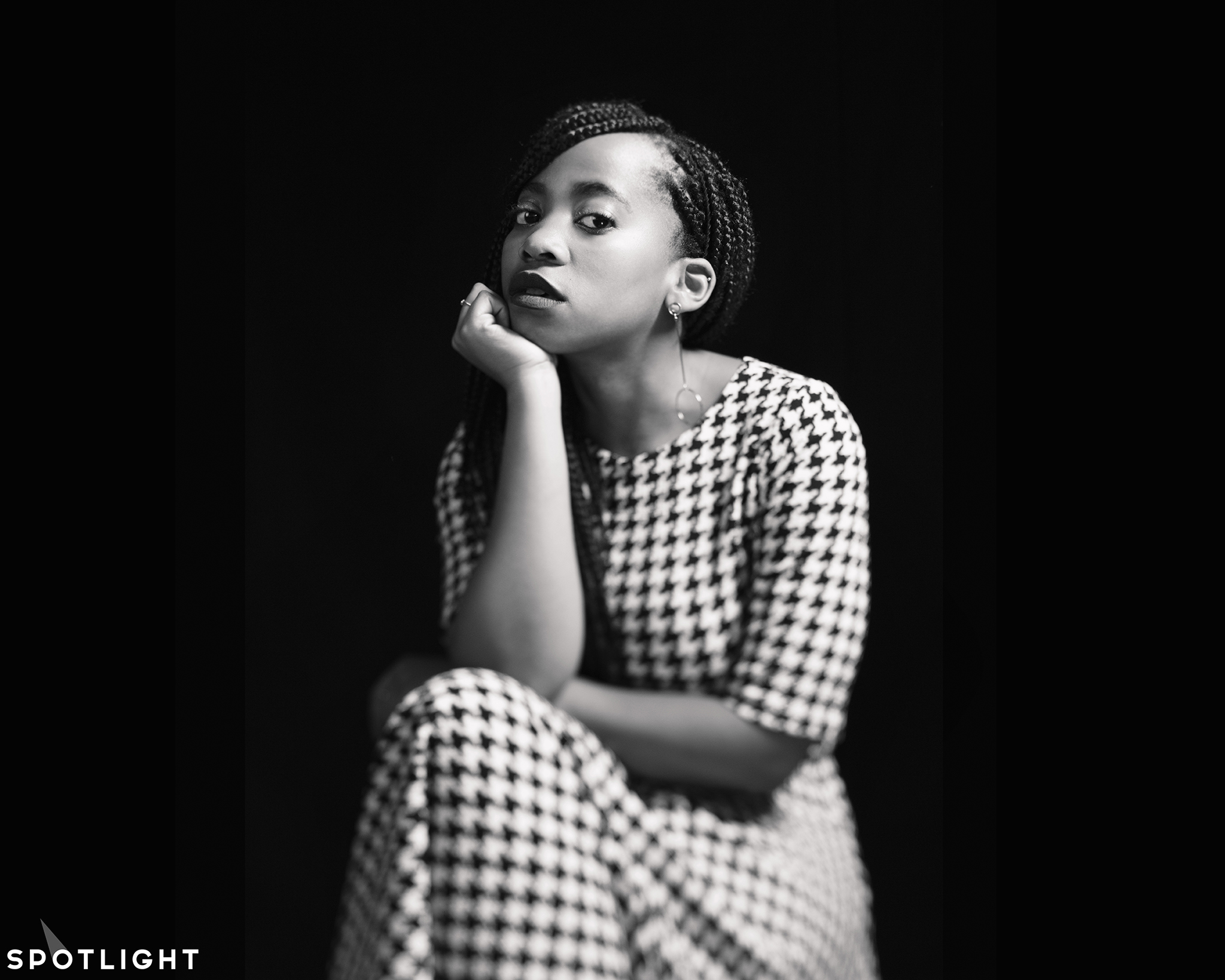 Ed, given the opportunity, what would you change about the local photography or media industry in SA?
Ed: I would want to change the perspectives of how people view professional photographers. It is so accessible for anyone to take pictures and get people to love those pictures nowadays. It’s made our job as pros harder to explain in terms of our considered approach.

Ed, you’re part of Lampost’s RISE programme. What has the experience been like and what have you learnt from it so far?
Ed: It has been the best experience. It’s a great thing to have the support behind you of an agency that cares about you as a friend as well as a creative. 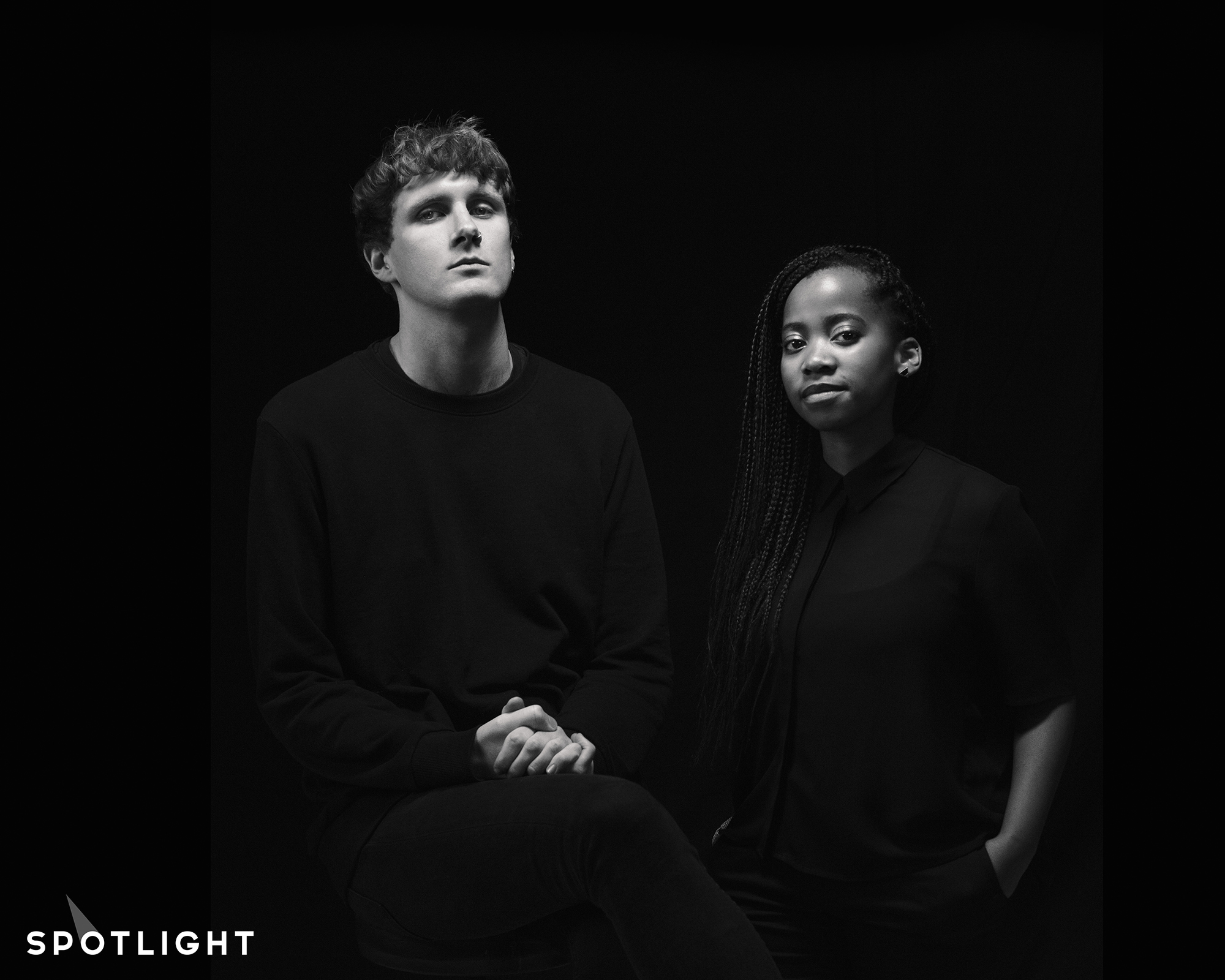