Posted at 09:00h in Photography by Gabriella Pinto
0 Likes

The photo series, titled Human Settlement, was taken in downtown Johannesburg, close to Doornfontein, explains documentary photographer, Tshepiso Mabula. “I was on assignment taking feature images in the city when I heard there was an eviction taking place. I have photographed other forced removals, so I immediately rushed there to see what was going on,” she says.

As urban renewal or gentrification – depending on which end of the rainbow (nation) you posit yourself – continues, more people are displaced, and the economic divide deepens. Just earlier this month, the Passenger Rail Agency of South Africa ordered the Red Ants to evict residents in Newtown, Johannesburg. While Bromwell Street residents in Cape Town are currently facing eviction to make way for developers.

The reasoning, according to property developers, is it that they’re providing greater housing opportunities, however, those facing eviction often cannot afford new rental prices. The lack of affordable inner-city housing and increased development pushes the poor to the outskirts of the major cities perpetuating displacement, division and the cycle of poverty.

Tshepiso talks to us about the eviction she documented and South Africa’s housing crisis: 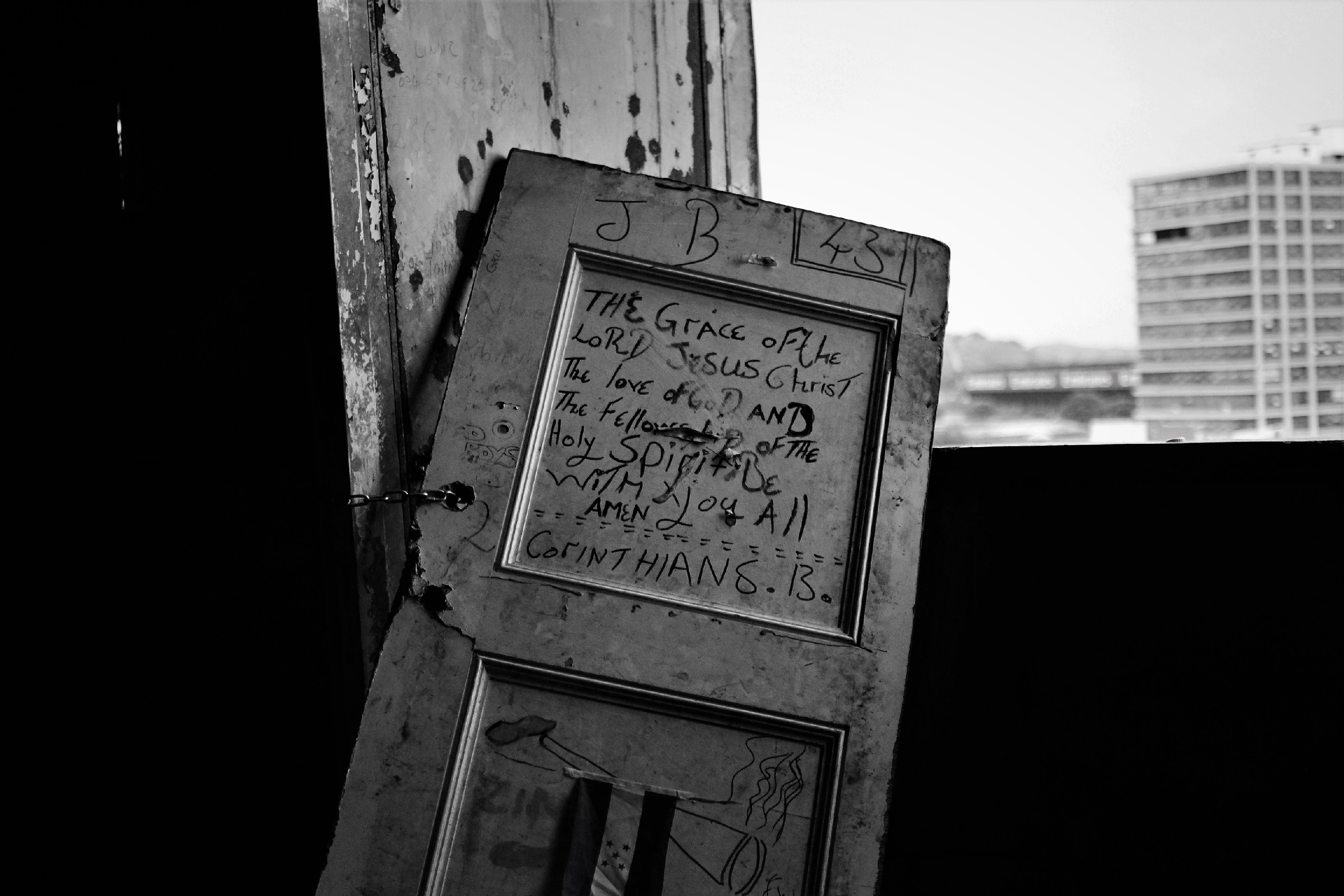 On SA’s housing crisis:
“As someone who has lived in the buildings in downtown Johannesburg, I know how bad the uncertainty of accommodation is in the city, and how disheartening it is to have your home taken away from you. This is what I tried to capture in the series.

“The housing crisis is a massive issue in our country, and through my observations, I realised that urban areas are failing to create better opportunities for working class citizens to afford adequate living spaces. A lot of the buildings in the CBD are left to deteriorate. Poor people move into these buildings because they are not being used, and over time they are forcibly removed as a result of gentrification. Those who suffer the most are desperate and poor.” 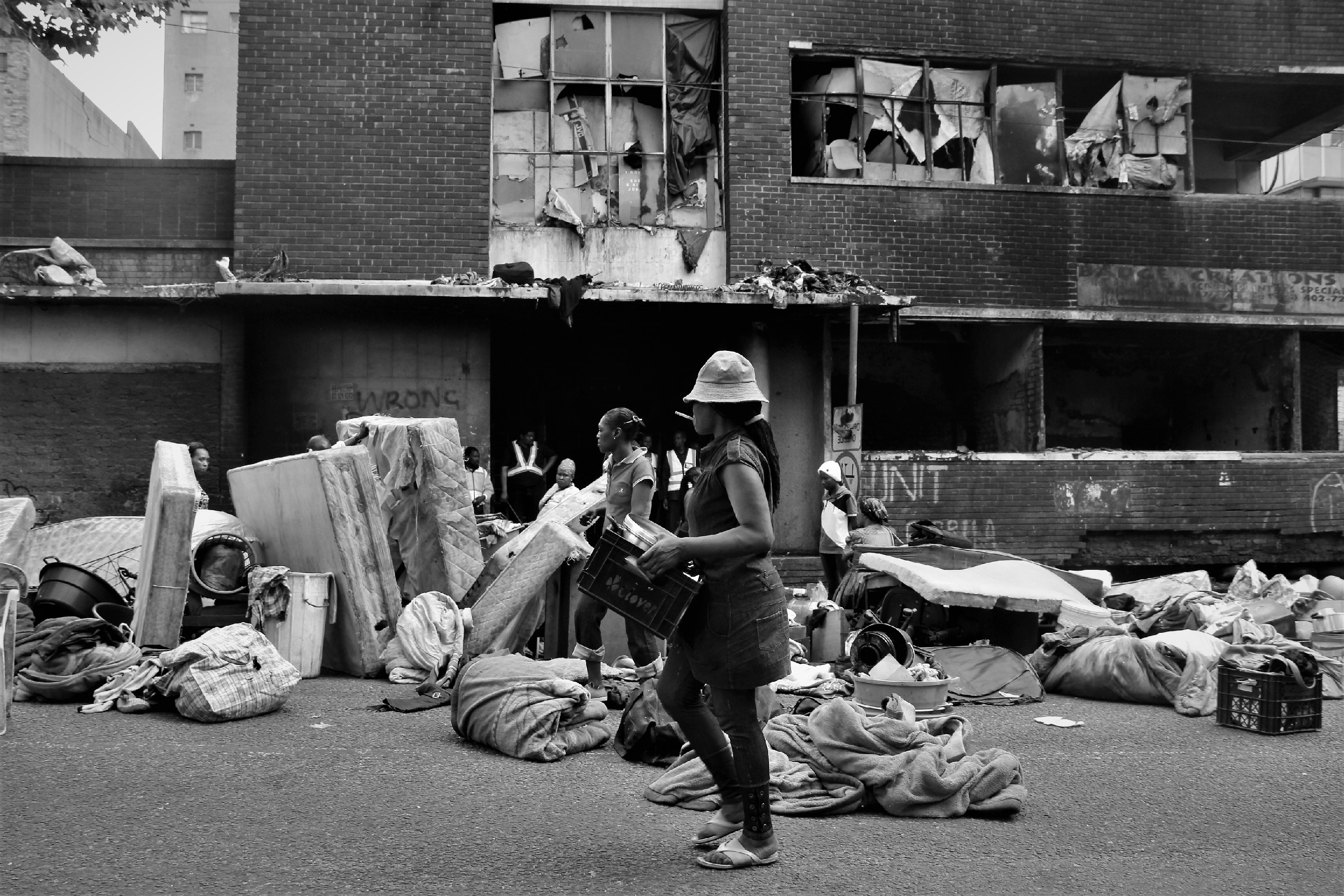 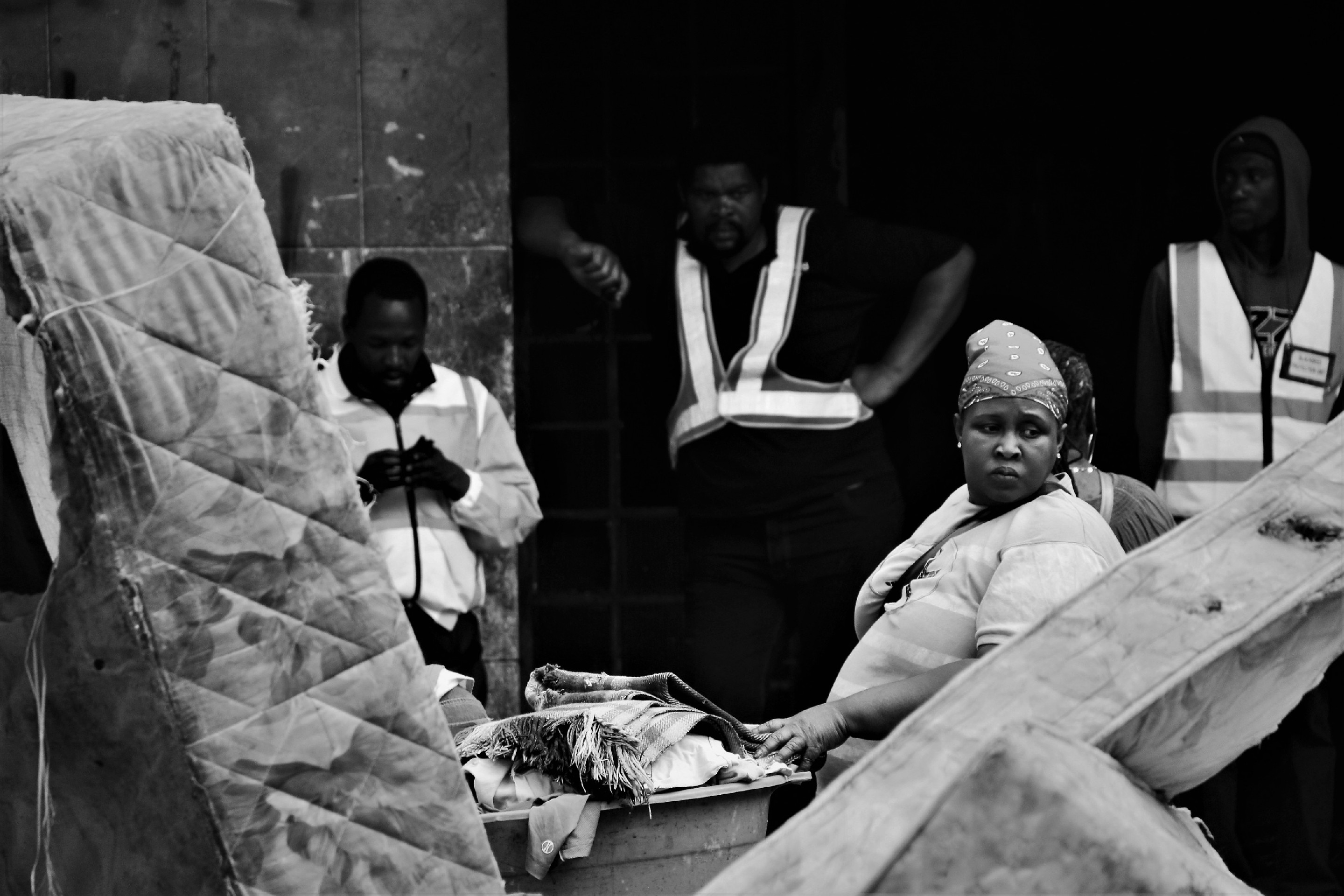 On what happened on the day of the eviction:
“Once I took my camera out and started shooting, the residents were very angry and hostile. I had to beg them to allow me to shoot – with a little intervention from the cops. What stood out for me, in particular, was how the private security guards who were evicting people from the building, and the people who were being evicted seemed to be on different sides of the fight, even though they were all black, working class people.

“The security guards showed no remorse to the people they were evicted, and it became clear to me how there was a lack of empathy on both sides. They had all become a people divided. This left me thinking about how badly we’ve been desensitised as people – we fail to stand up for each other when times are tough.” 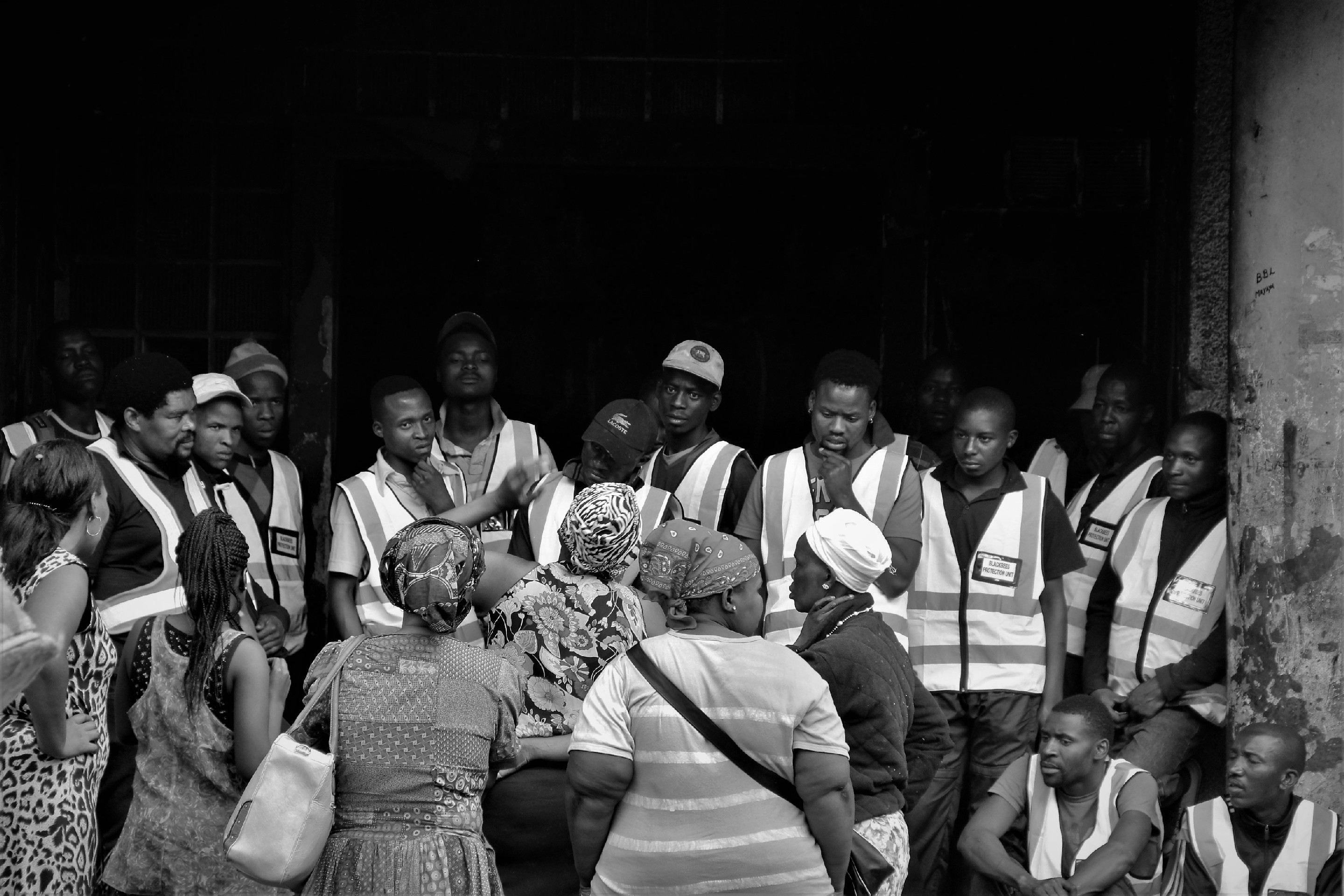 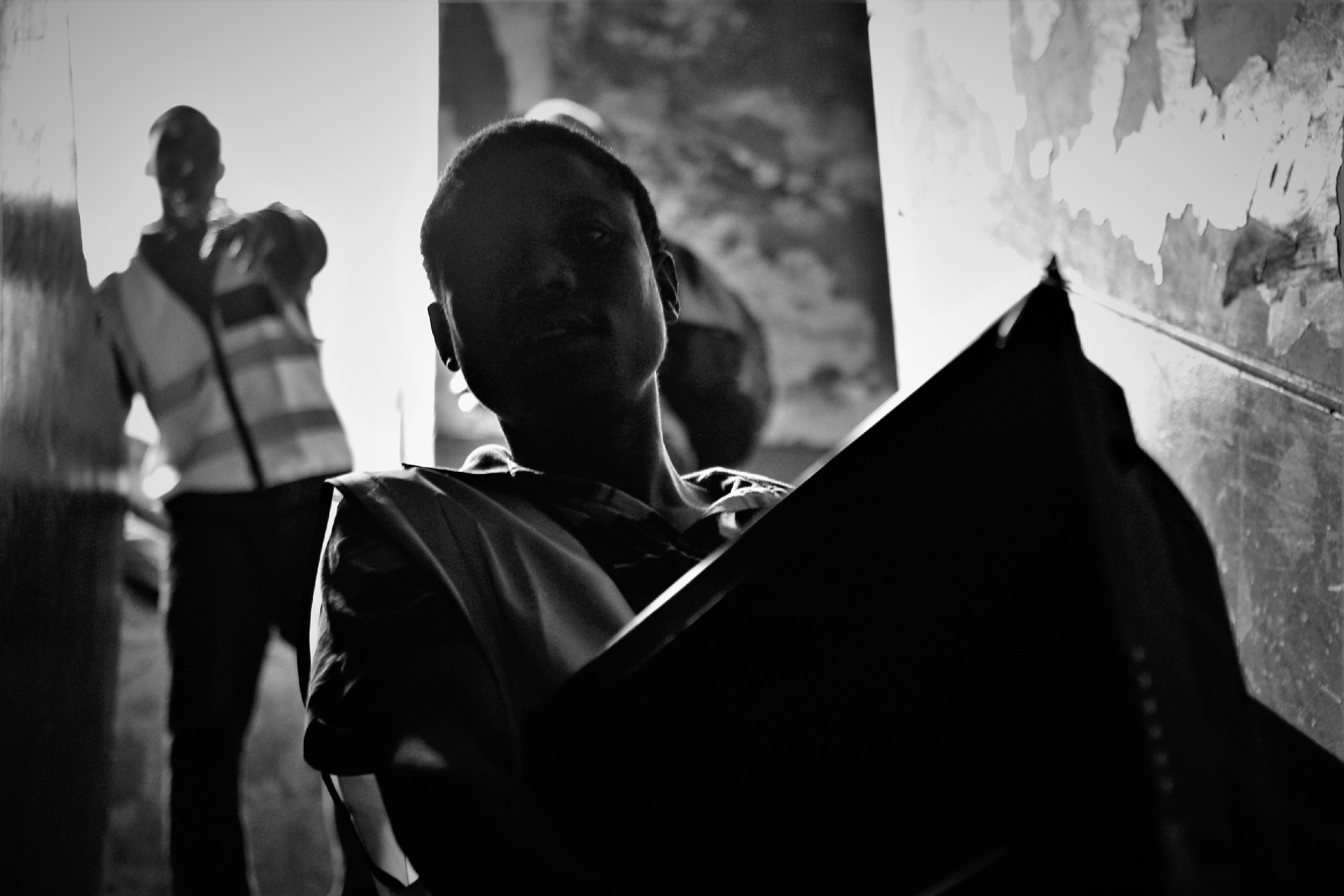 On the concept of ‘home’:
“The dictionary definition of a home is ‘a house, apartment, or other shelter that is the usual residence of a person, family, or household’,  but for many, the reality is that where you lay your head down is where you call home. Many residents of Johannesburg have travelled from far and wide to find greener pastures; they have made this vibrant city their home while they hustle to provide for their families who are left at home, hoping for a better life.

“As the child of a working class family from the rural Eastern Cape, I know all too well how it feels to have to recreate a home, far away from home. You find this foreign space, with cold, unfamiliar walls and you somehow need to turn it into your home, so you do that. You add items that represent you and remind you of the place you left behind so that the one you are now in can feel just as warm and loving as the home you left. You add facets of yourself – personal belongings – and eventually, you get used to that space. It becomes your place of comfort and your serene sense of bliss where you rest your tired body after a hard day’s work.” 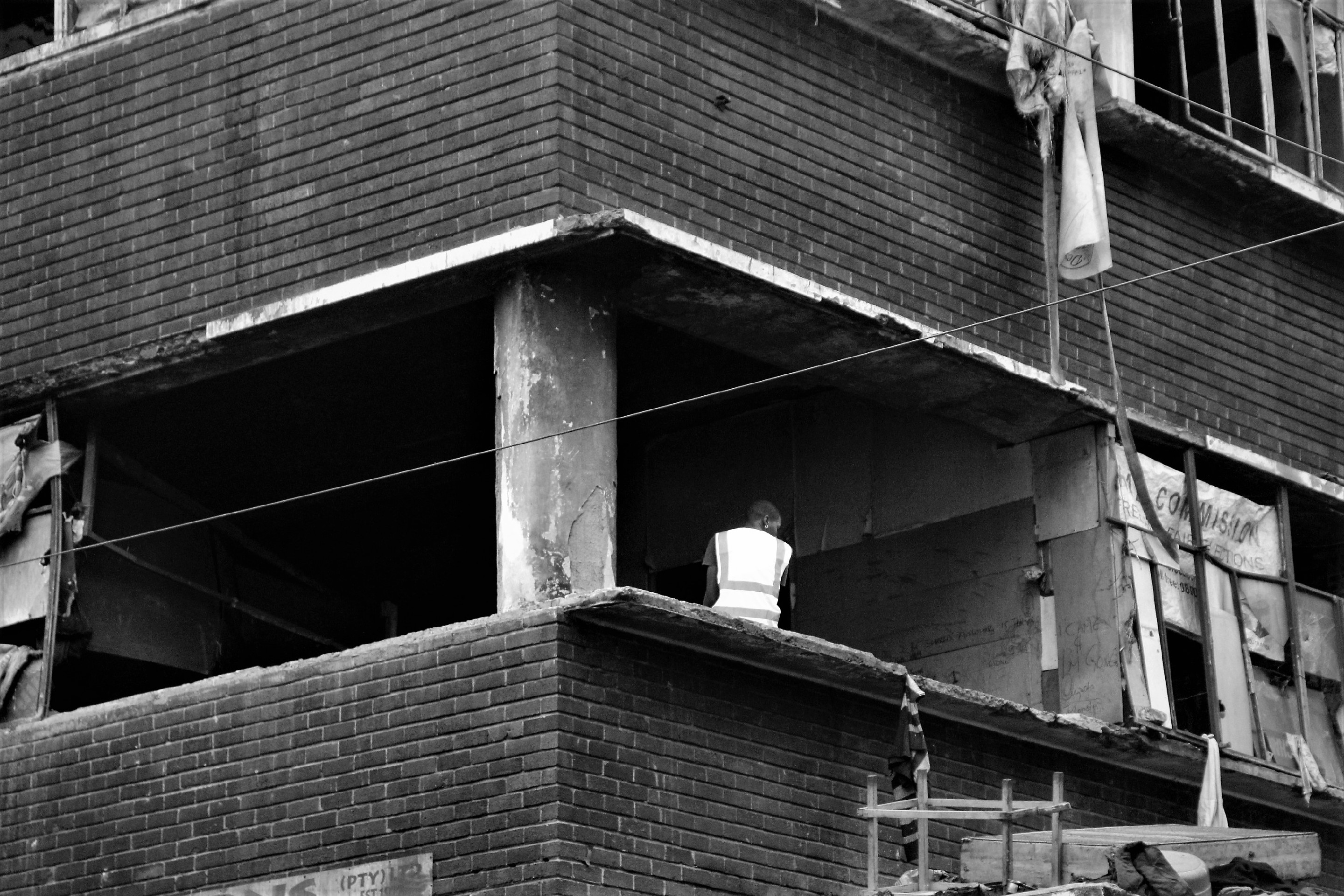 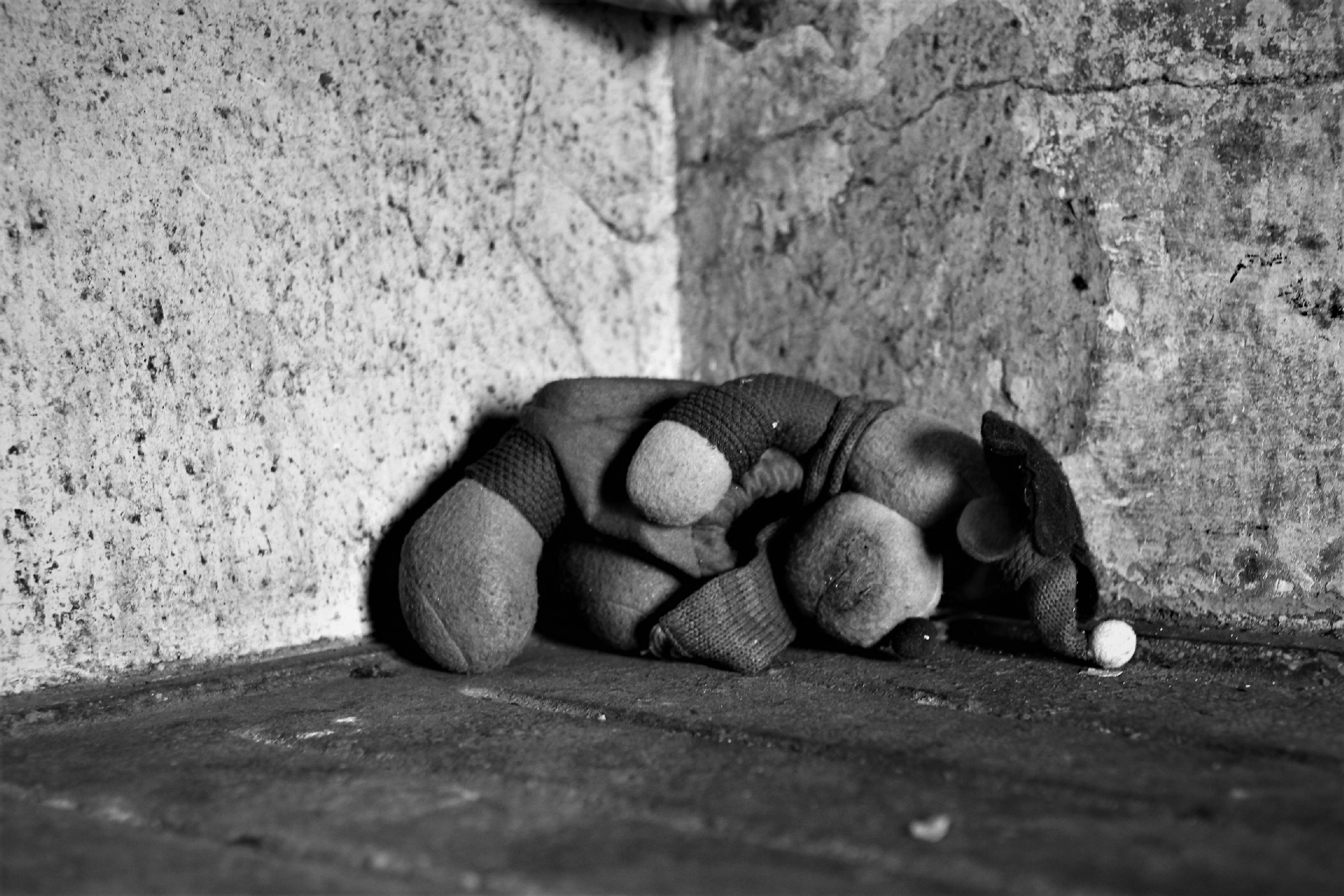 On the ‘Human Settlement’ photo essay
“For many people, the city of Johannesburg is a place with no guarantees and it is a place of uncertainty, this uncertainty is evident in the recent building evictions in downtown Johannesburg.

“This essay, taken last year, looks at the relationships people create with the spaces they inhabit using the recent evictions of residents in Johannesburg buildings. The people who evict the residents are just doing their jobs, earning their keep. In the process, many people are left homeless, and many of them are unable to return to their homelands because the reason they are in the city is to provide for the people back home.” 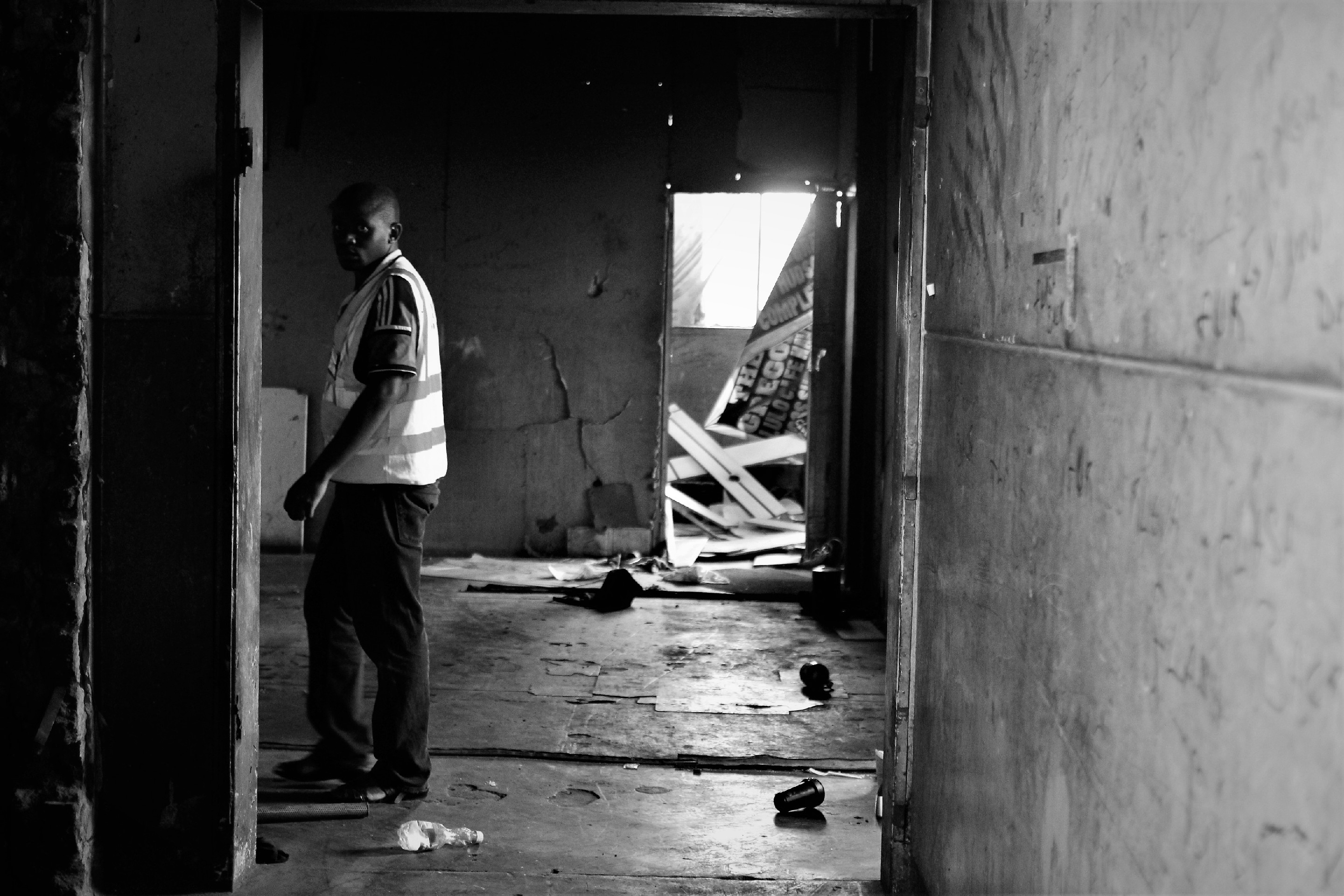 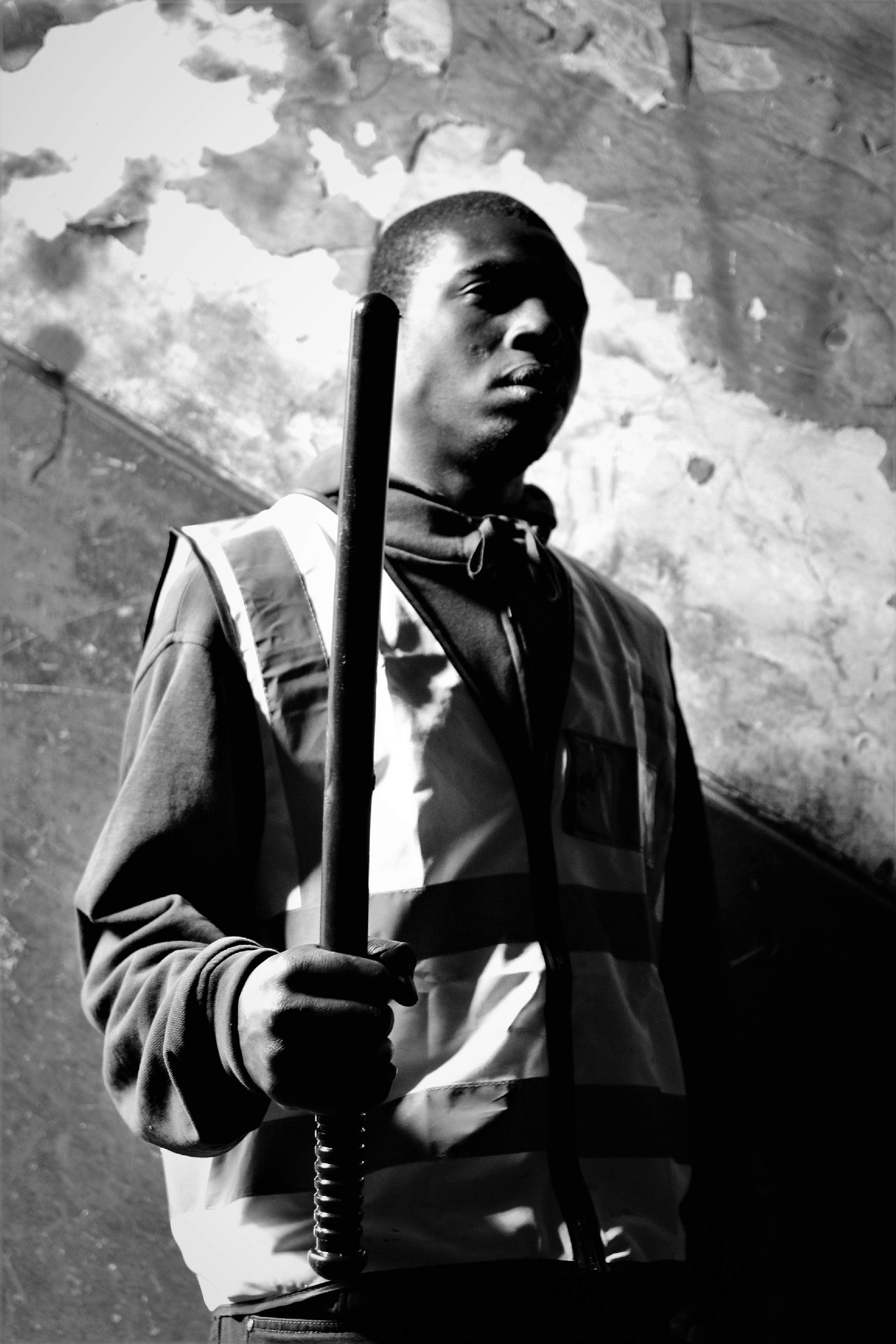 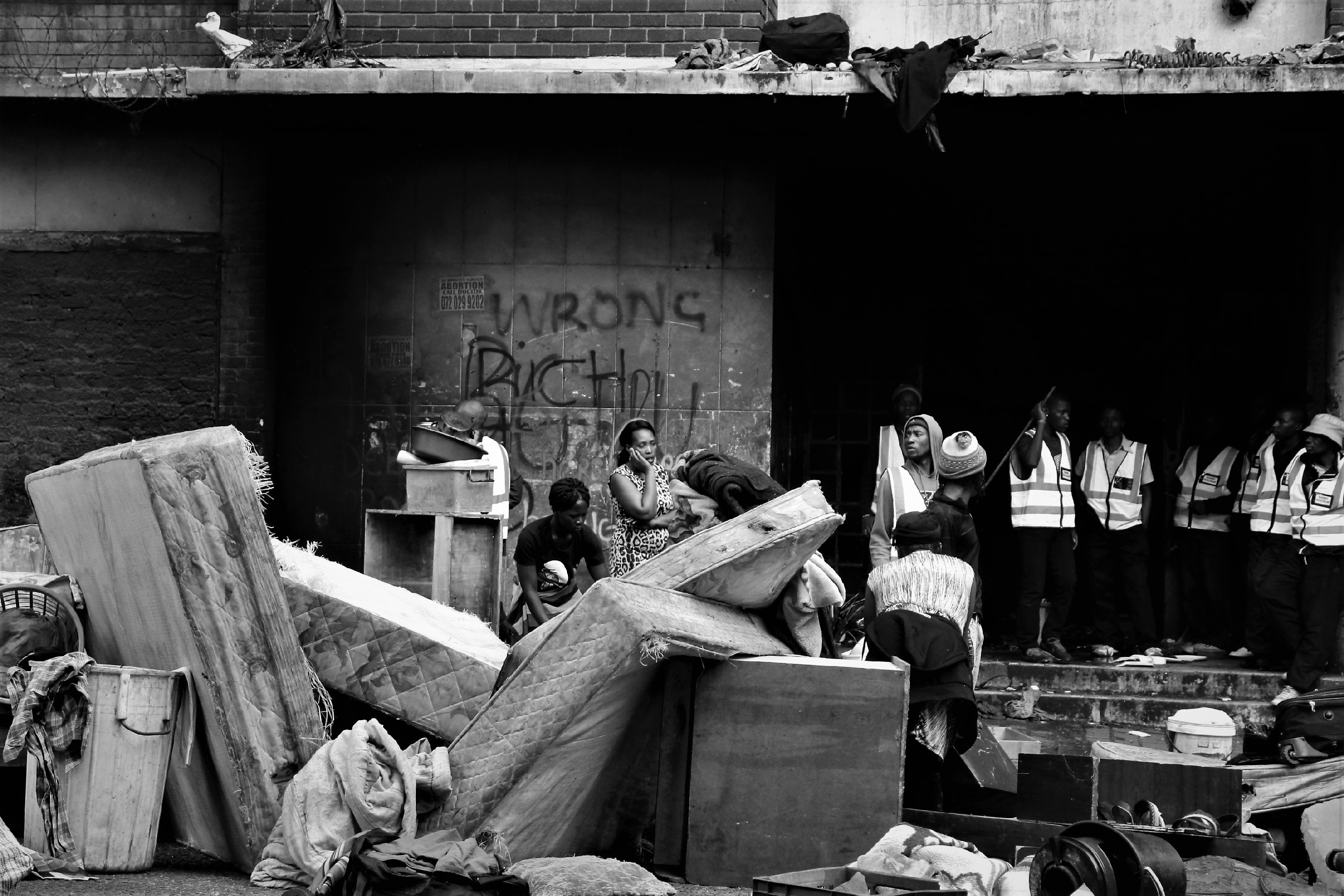 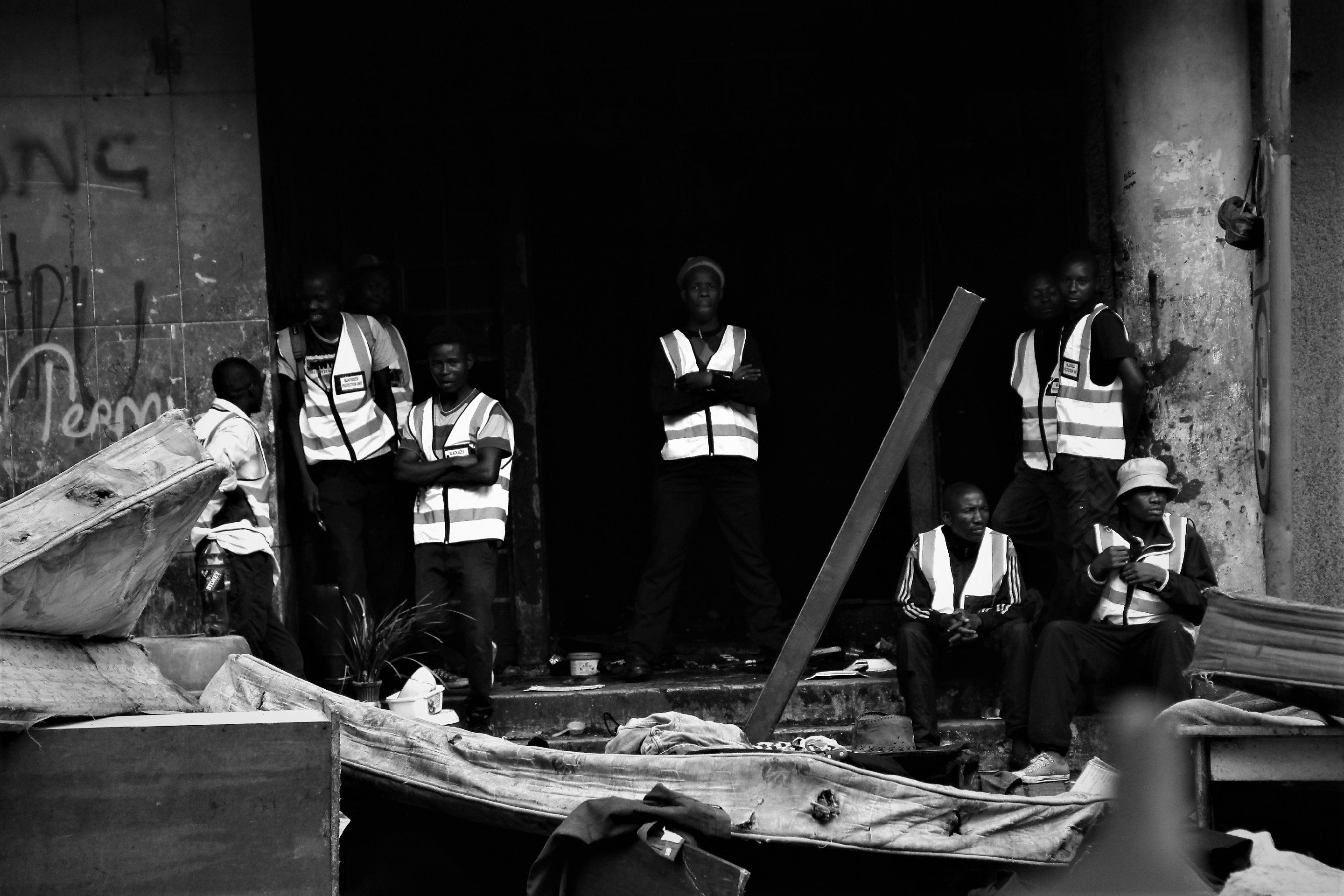 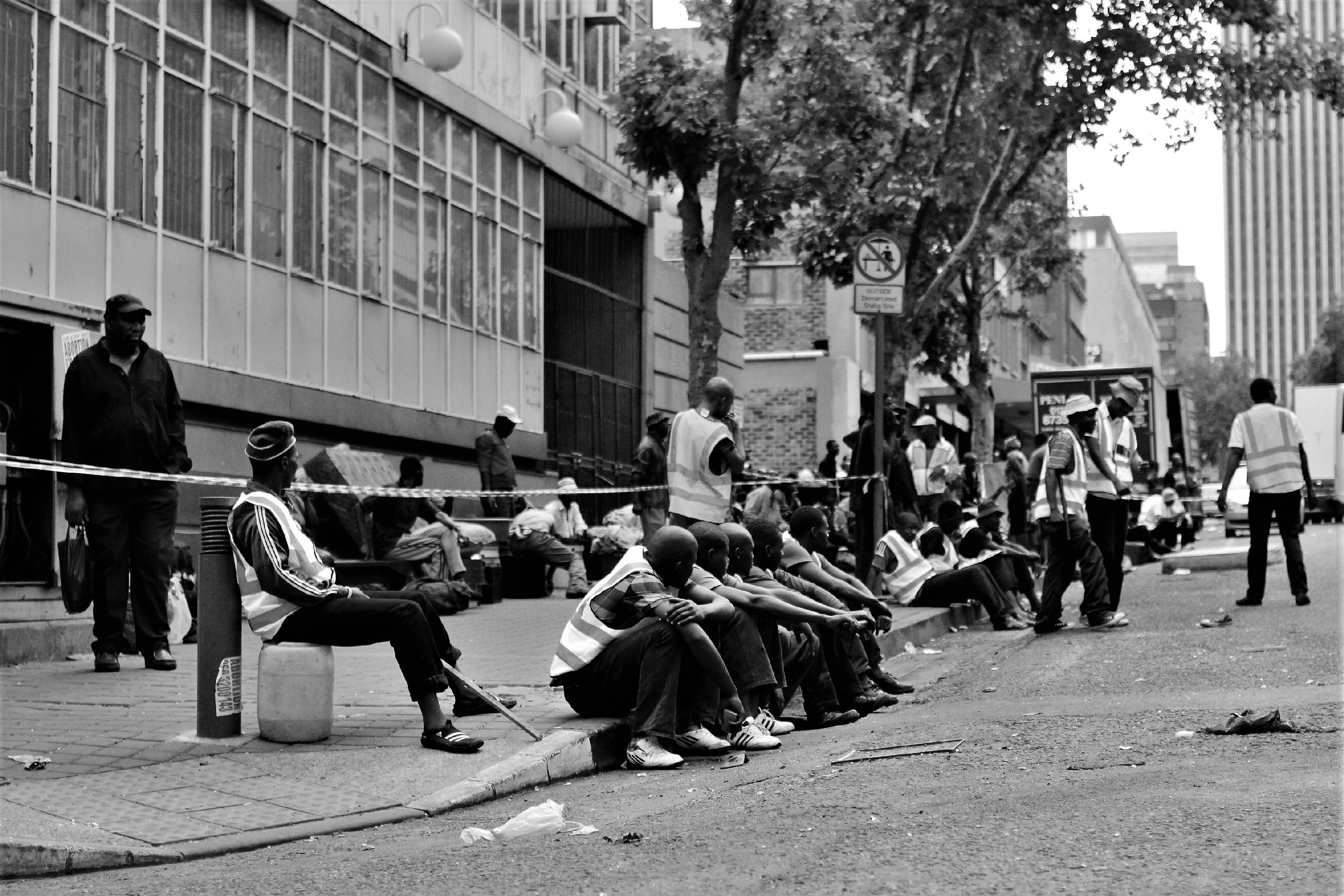 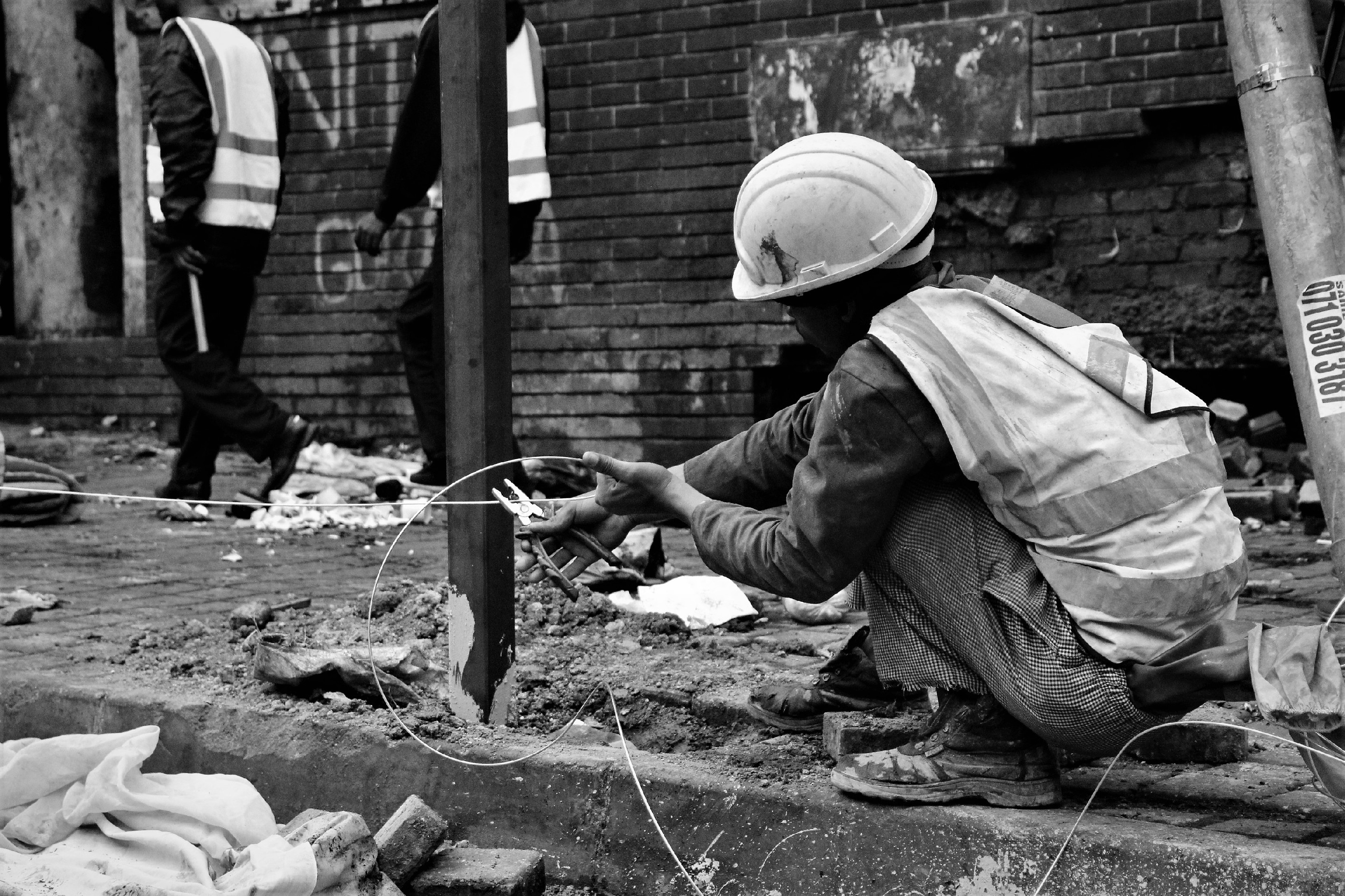 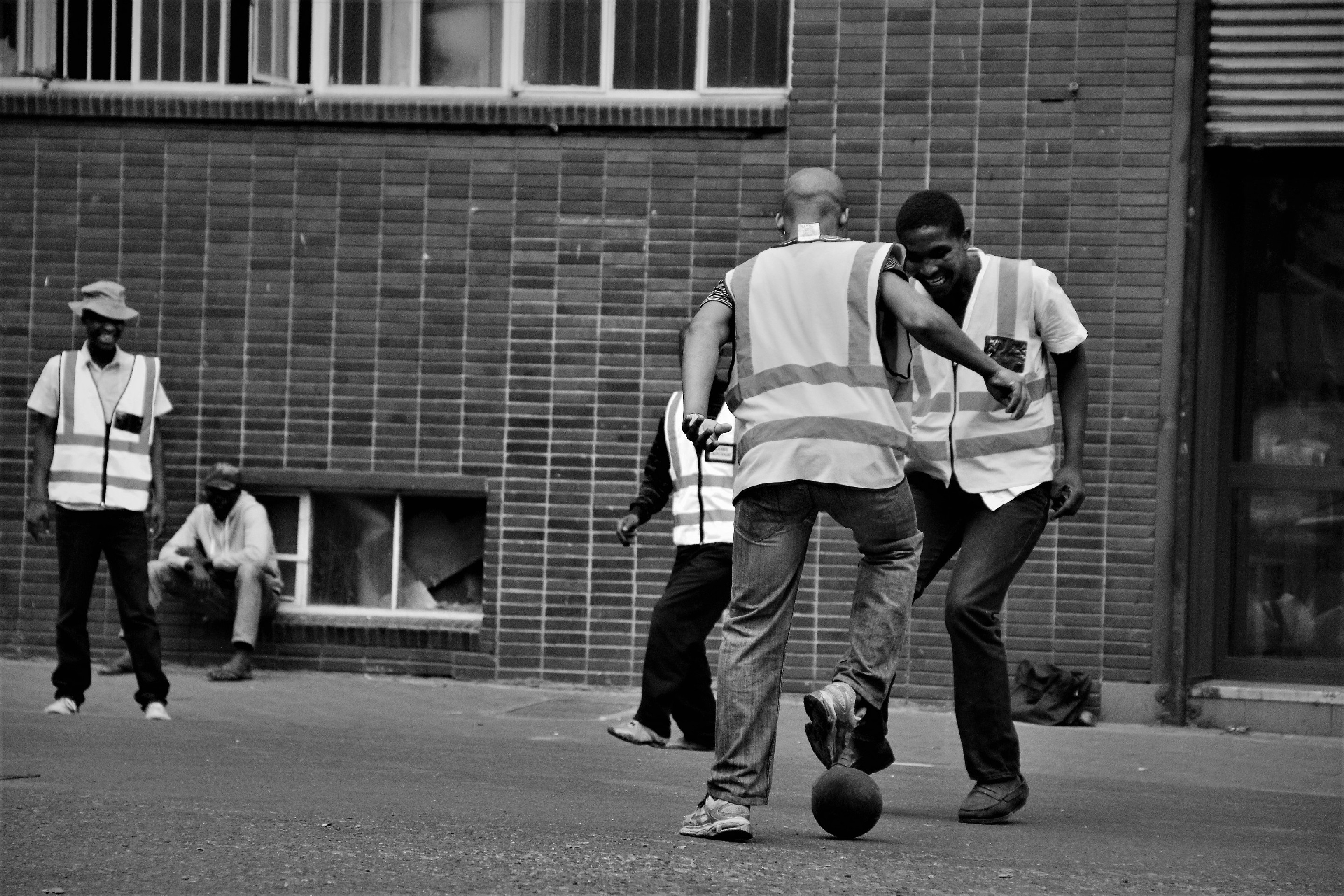 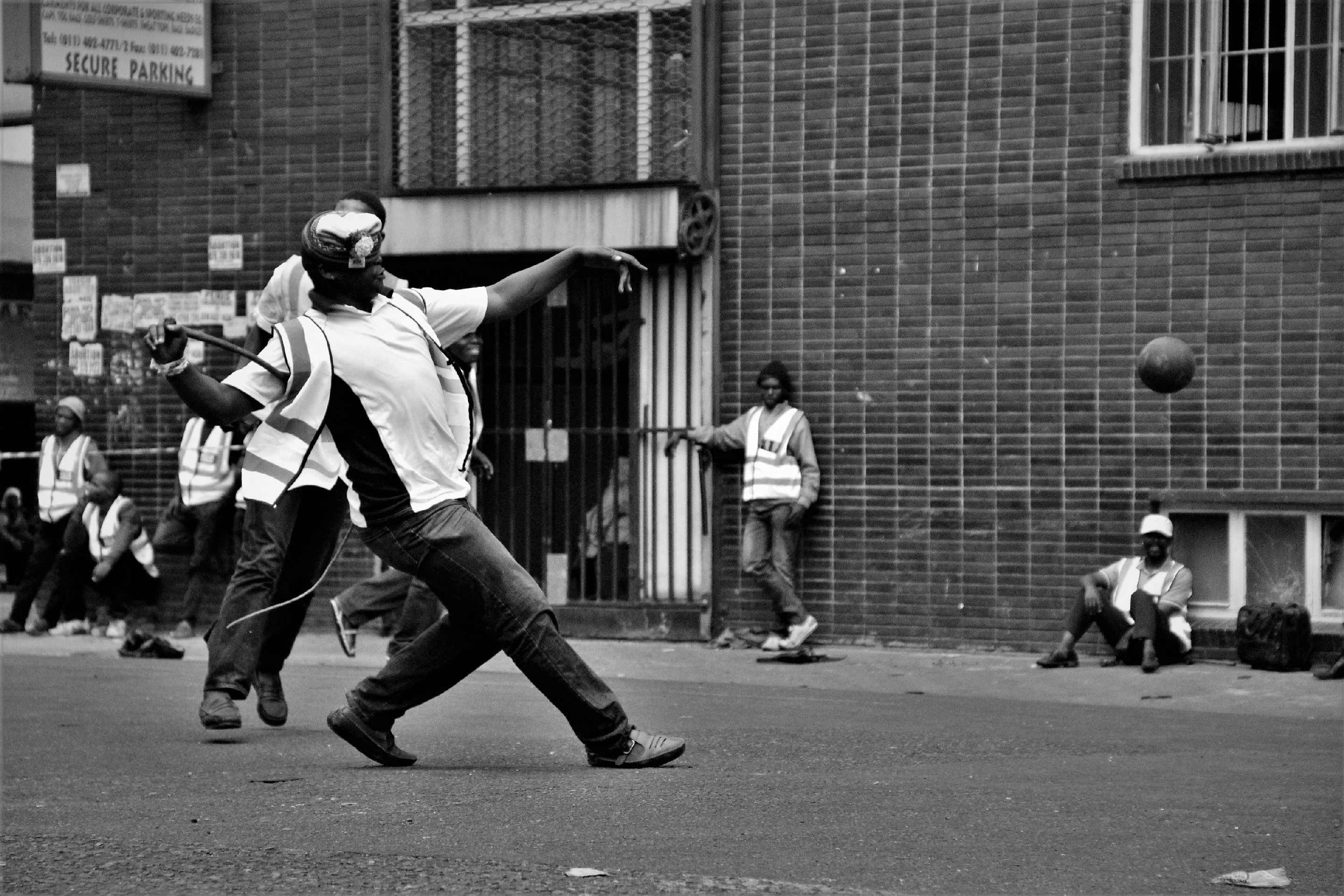 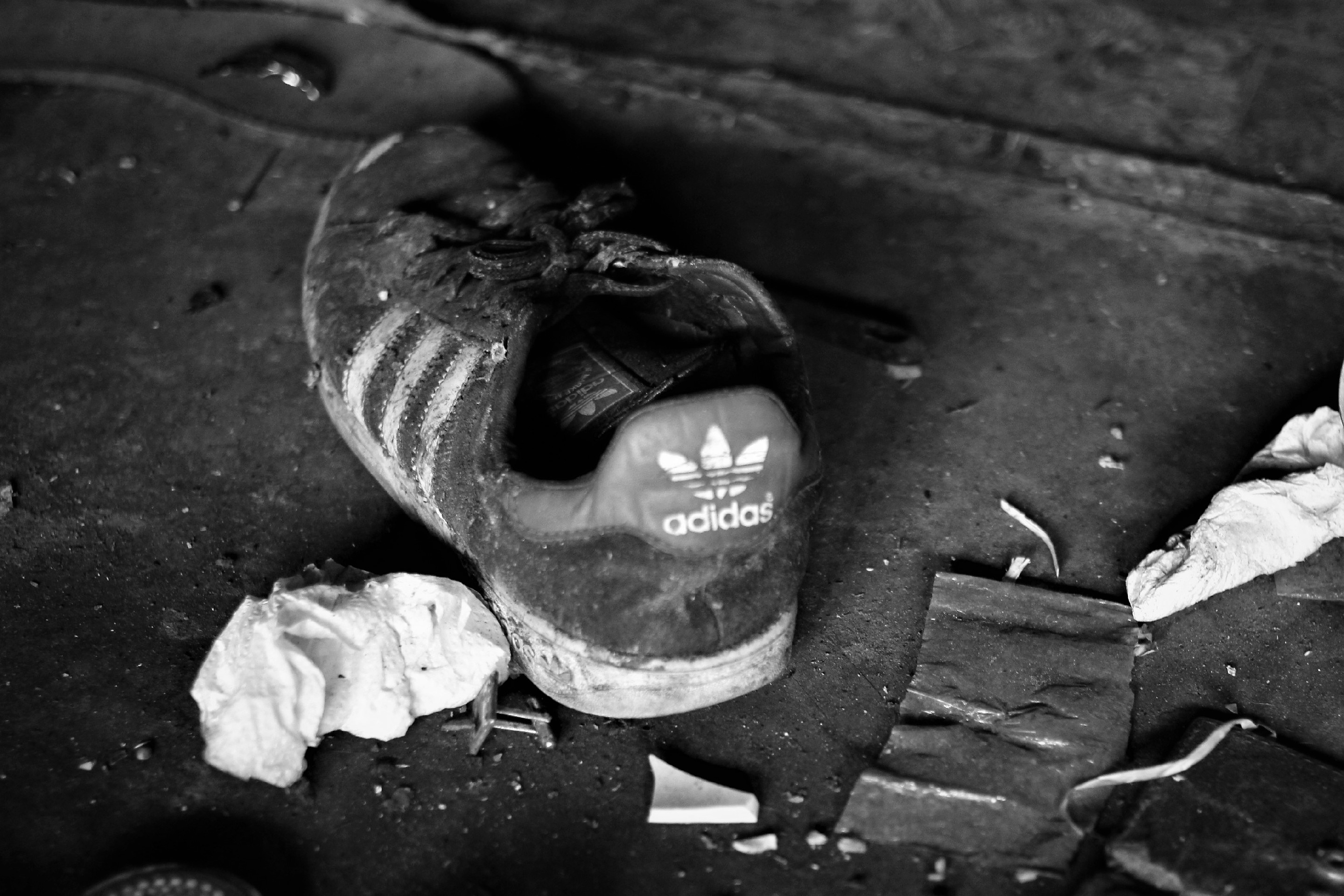 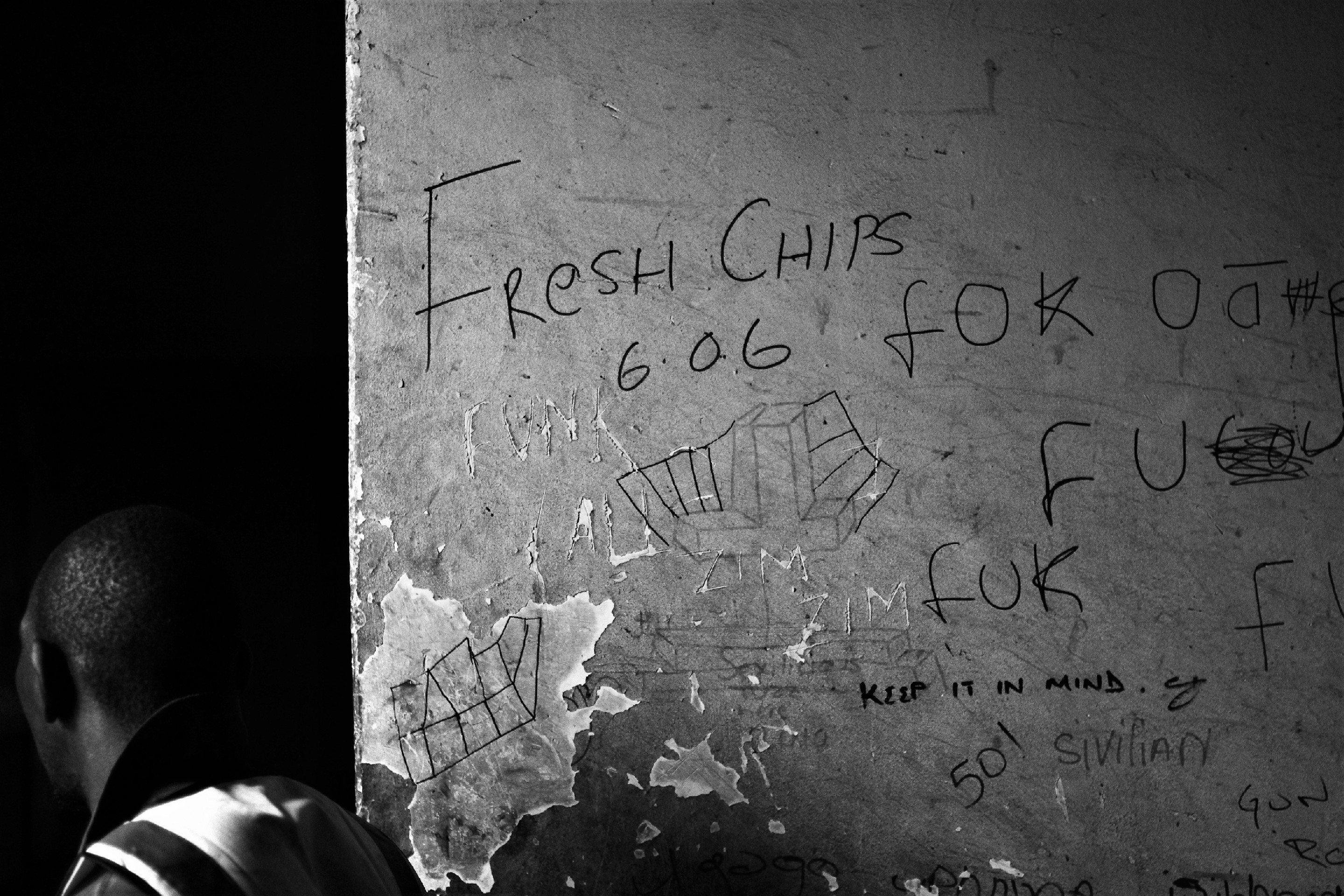 All photographs courtesy of Tshepiso Mabula.