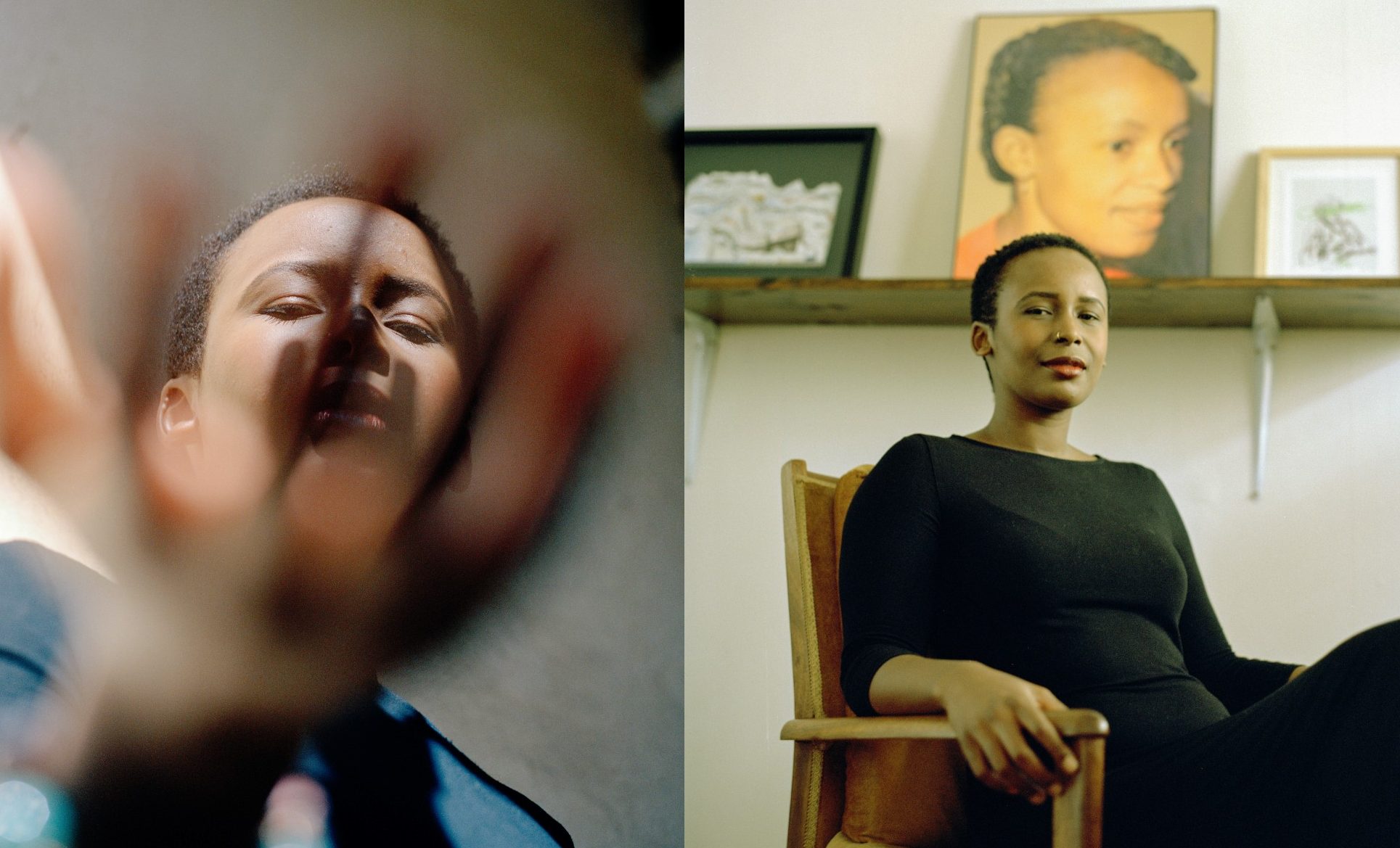 Posted at 14:23h in Interviews, Photography by Gabriella Pinto
0 Likes

In 2015, during her last year of completing her articles, chartered accountant Nthabiseng Mokoena won the Curate Life Competition with the Museum of African Design. The premise of her exhibition, We All See (in) the Dark, was based on the idea that true self-knowledge and being able to “see” clearly is only possible if we acknowledge our sinister nature.

Her love for art overtook that of balancing the books and in August last year, Nthabiseng was appointed curator at Goodman Gallery in Johannesburg. Curatorially, she works instinctively without letting popular opinion sway her taste and hopes to learn as much as possible about curating while working at the gallery.

Like Nthabiseng, self-taught photographer Andile Buka also works instinctively and shoots exclusively on film, which he feels challenges and pushes his creativity. Andile first caught the public’s attention with his street style lookbook collaboration in 2015 and has since gone on to have his work featured in galleries internationally, as well in publications such as Unlabelled, New York Times and Vogue Italia, to name a few.

In 2015, MNK Press in Japan published his photo book, Crossing Strangers, which reads like a portrait of Johannesburg, documenting the people and places of the City of Gold. We spoke to Andile and Nthabiseng about their creative processes and the works of figures such as writer Zadie Smith and artists Carrie Mae Weems and Deana Lawson, who inspired this shoot. 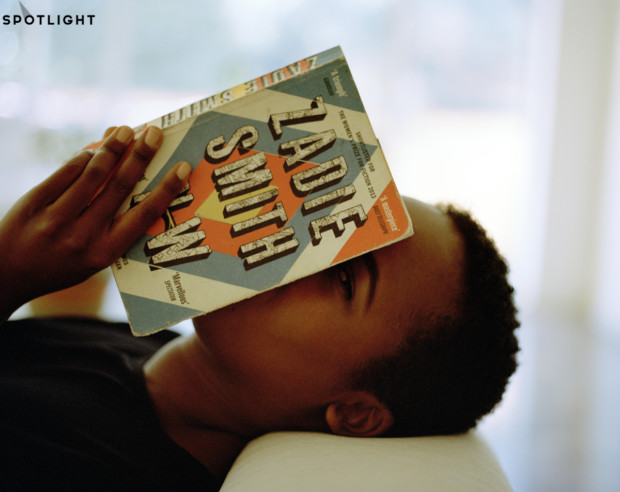 Andile, you shoot exclusively on film. What does this entail?
Andile: Intuition is a big part of my process, and if it feels right, it will come out right. I only have 30 frames, so every shot is thought out and has to encompass everything that needs to be captured. Limitations force me to go to places I wouldn’t go to in my mind. The challenge with film as a medium is that the client finds it hard to trust you on set because they’re so used to seeing everything on the screen as it gets shot. This happens even though they know I only shoot on film.

As a self-taught photographer, how do you feel you’ve grown both personally and professionally since you first picked up a camera?
Andile: When I began buying and consuming art books and being in “artsy” spaces, I never actually aspired towards being one of the people that created the work. I think it’s because there was no one I knew in my life who was a professional artist. The transition of being an “artist” happened organically. Now living and working as a professional photographer is a constant battle, and I learn so much on a daily basis. It’s more of a blessing and curse. My personal and work life is one thing which is crazy good, I guess. It depends on how one looks at it.

Nthabiseing, you’re a qualified chartered accountant. How did you go from numbers to art?
Nthabiseng: In 2015, my last year of articles, I entered and won the Curate Life Competition with the Museum of African Design. To enter the competition, I had to propose an exhibition from the works in the 12 Decades Art Hotel collection. After winning the exhibition, it opened at MOAD on 9 August 2015. I remember being so intimidated by the process but feeling so rewarded when the exhibition opened. Part of my prize was an internship at the SABC Art Collection with independent curator Koulla Xinisteris and visual artist Bronwyn Lace. It was a great opportunity, and I gained so much from being there. Soon after that, I looked for work in the art industry.

What does your typical day consist of at Goodman Gallery?
Nthabiseng: There is nothing typical about a day at Goodman Gallery. The only constant, perhaps, is that I’m always learning something new. A day can involve meeting with artists, planning and installing an exhibition, or researching artists.

Andile, on Instagram, your bio reads, ‘It’s about flow, not force’. How does this mantra into your life and work?
Andile: All the work I do is driven by good vibrations, and that’s one thing I always try to have throughout my work – working with individuals I’m crazy about and feeding off through each other’s energies. I think that’s crucial in creating any form of work. Many of my collaborations come up naturally in everyday conversations, nothing is forced. Even when it comes to my life and how I became a photographer, it was never an active decision. It happened naturally, and one thing flowed into the next. 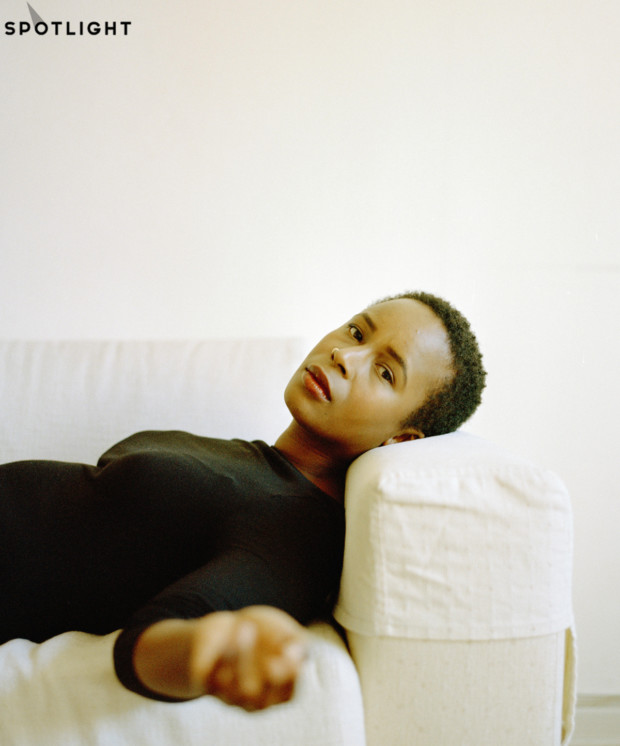 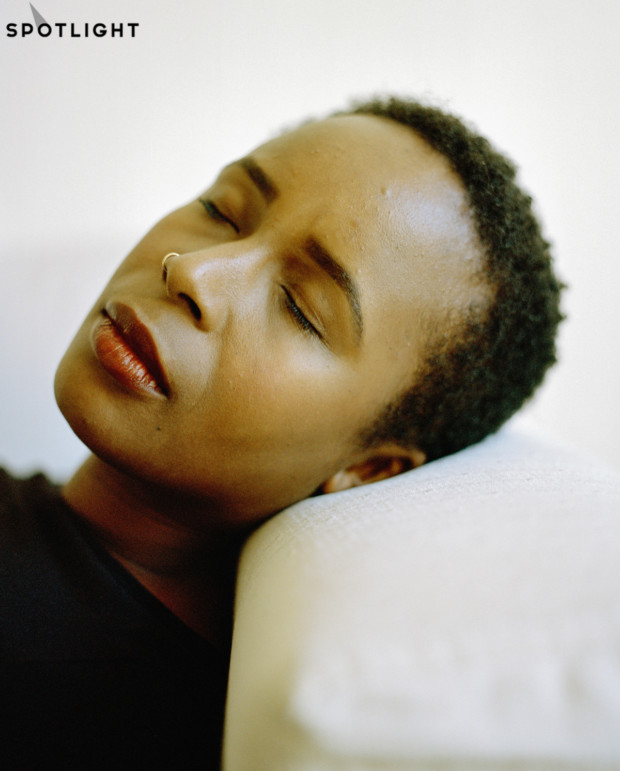 How did you come up with the concept for this series and where was it shot?
Nthabiseng: The series was shot in my apartment. We discussed some of the artists whose work I find particularly compelling, and I mentioned Carrie Mae Weems and Deana Lawson. These two women often feature portraits or images of people in their homes or their personal spaces.

Last year, I got the chance to work on exhibition Africans in America at Goodman Gallery, which featured work by Carrie Mae Weems. I brought up her The Kitchen Table Series. Andile is also excited about Deana Lawson’s work. We spoke about her artwork for the cover of Blood Orange’s Freetown Sound album and other bodies of work she has produced. I know that Andile enjoys working with portraits, so I was particularly excited to work with him.

Andile: We met once for coffee and started discussing each other’s journey, interests and some of the artists we are crazy about. That was the basis of the shoot. It was more conversational than an actual shoot. I discussed each shot, and it was a such an honour to work with Nthabiseng because she was open to new ideas. It’s difficult to approach portraits in a fresh new light. The challenge will always be, “How can I photograph someone in a way I haven’t done before?”

You’re under Lampost’s RISE. Andile, could you tell us about the programme?
Andile: Being under Lampost has been great so far. I’ve learnt a lot in the past few months like the logistics of being a freelance photographer, especially when it comes how different photographers approach commercial work and their workflow. I’ve also enjoyed learning some new technical elements such as doing treatments for shoots, and I’ve had access to a clientele that I previously didn’t. What I enjoy the most is just handling the photography and not having to worry about pre-production work or admin. When you work alone, you do the conceptualising, styling, sourcing and everything else. That affects your day on set.

Although I have always kept things small in the past on set, it’s a whole new world to me to work on campaigns with 10 other people. It can be daunting because you’re working with so many people and ideas, so you need to accommodate all those voices and make sure you all achieve your goal. The team I work has been amazing, and it’s expanding my knowledge of what it means to collaborate towards a common goal.

Nthabiseing, tell us about the process of putting together an exhibition. How does it work and what are the things you need to consider?
Nthabiseng: It works differently for each show and it’s dependent on whether it’s for a group or solo exhibition; the amount of artists involved; what the work is about, and if the works gain new meaning in the way that we plan to exhibit them. We also have practical considerations like the budget, the production timelines, pricing et cetera. The most important thing is to prepare yourself for the unexpected. Galleries are experimental spaces, so we may be trying something new that doesn’t come out as planned.

What curatorial legacy do you hope to leave?
Nthabiseng: I haven’t thought about leaving a legacy. I want to work with the artists, learn as much as I can and be a part of the process and chaos of putting together these exhibitions. 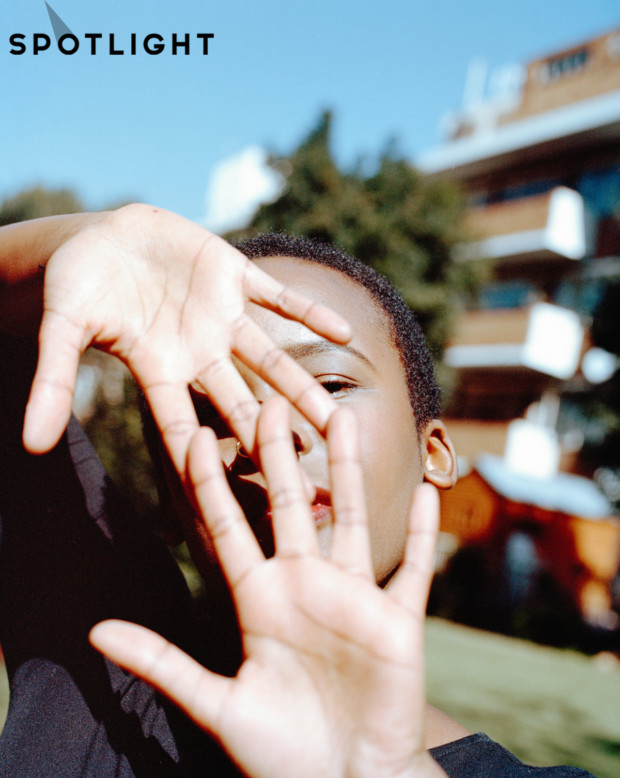 There’s a Zadie Smith book in the shoot. Which authors or literature have shaped your thoughts on art and curating?
Nthabiseng: My thoughts on art and curating are not directly influenced by any authors. However, one of the authors who has influenced me the most is Zadie Smith. One thing that she has taught me was in an essay titled What Does Soulful Mean? She writes about when she was a young woman, and she read Their Eyes Were Watching God for the first time. She abandoned her idea of what ‘good writing’ should be, and just ‘loved’ Zora Neale Hurston for writing that novel. This taught me that it’s okay to love what you love, even if it’s not what everyone else may say is good. This is how I approach my feelings about art.

If you could collaborate on a future exhibition, what might it be about?
Nthabiseng: In her novel A Little Life, Hanya Yanagihara describes the story of a young artist’s first solo exhibition. He is a talented painter, but only after trying to use some different mediums does he decide to paint. His first exhibition is called Everyone I’ve Ever Known, Everyone I’ve Ever Loved, Everyone I’ve Ever fucked and is a series of portraits of his family, close friends and lovers. I remember reading about this fictional exhibition and really wanting to be able to see it. I would love to see how Andile would choose to photograph the people closest to him. I would want it to be very personal to him, almost indulgent, but also a meticulous documentation of all the people who are important to him.

Andile: It would be a mixture of works including;  photography, sculpture, drawings, printed matter, video, installations and performance. 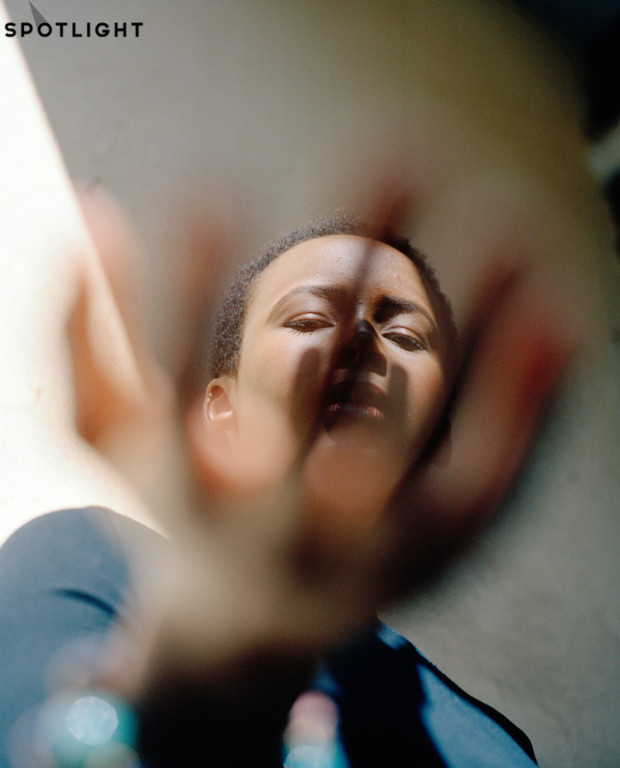 Check out the rest of Spotlight.