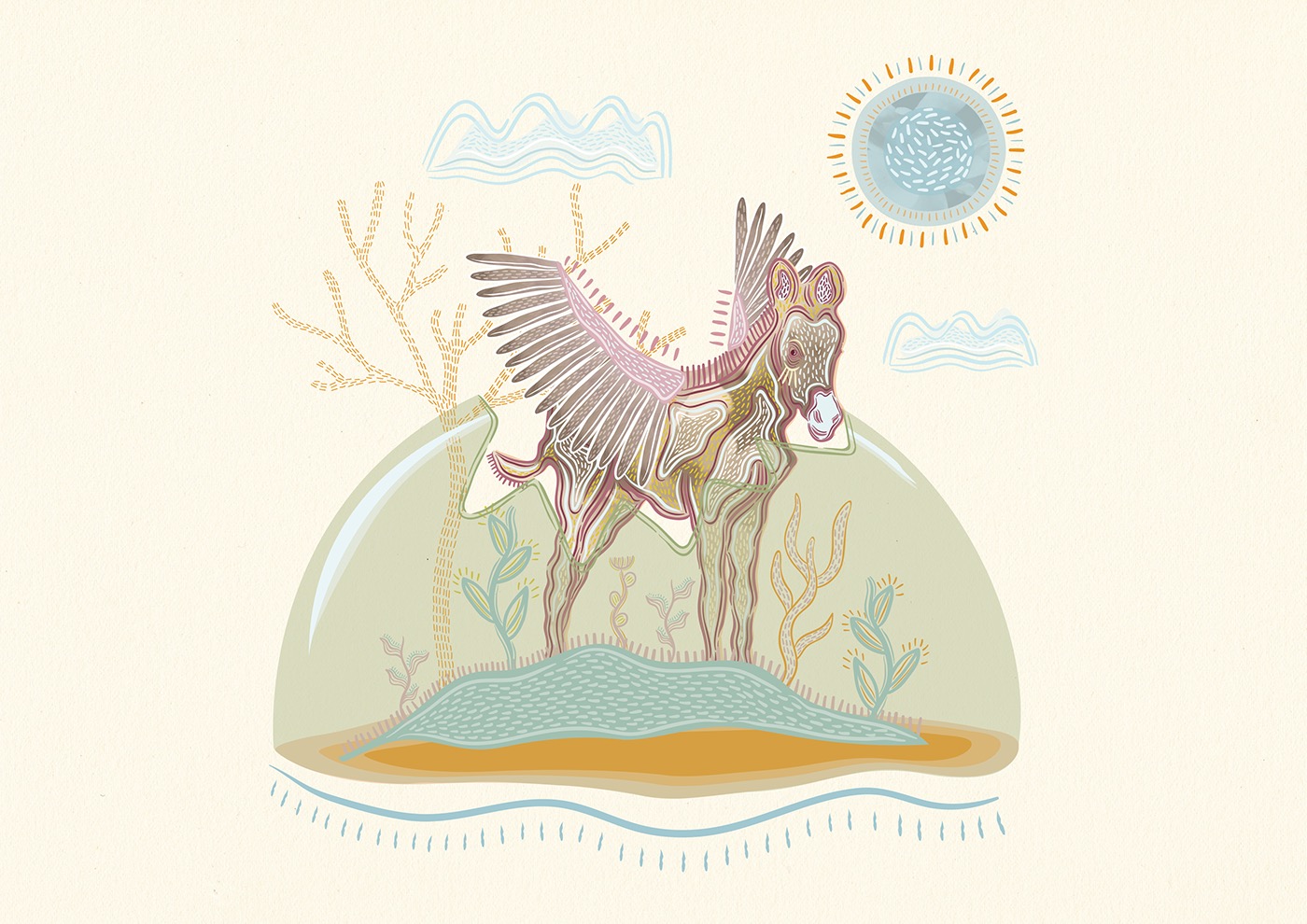 Bale Legoabe is a 21-year-old illustrator based in Pretoria, although the creative energy in Johannesburg resonates with her most. “A lot of the people I collaborate with are from Joburg. In Joburg, artists who have larger platforms give freely of their time, skills, knowledge and expertise. There are a lot of talks and workshops aimed at younger inexperienced creatives. It makes me so hopeful,” she explains.

A seemingly commonplace experience while studying Drama at the National School of the Arts inspired her to hone her illustrative practice as a teenager. “I attended a student art exhibition where I saw an amazing pencil drawing. After that I honed my drawing skills and switched from Drama to Art. So it was an A3 pencil drawing by a kid in the grade above me that changed the course of my career and had a huge impact on my life as a creative.” 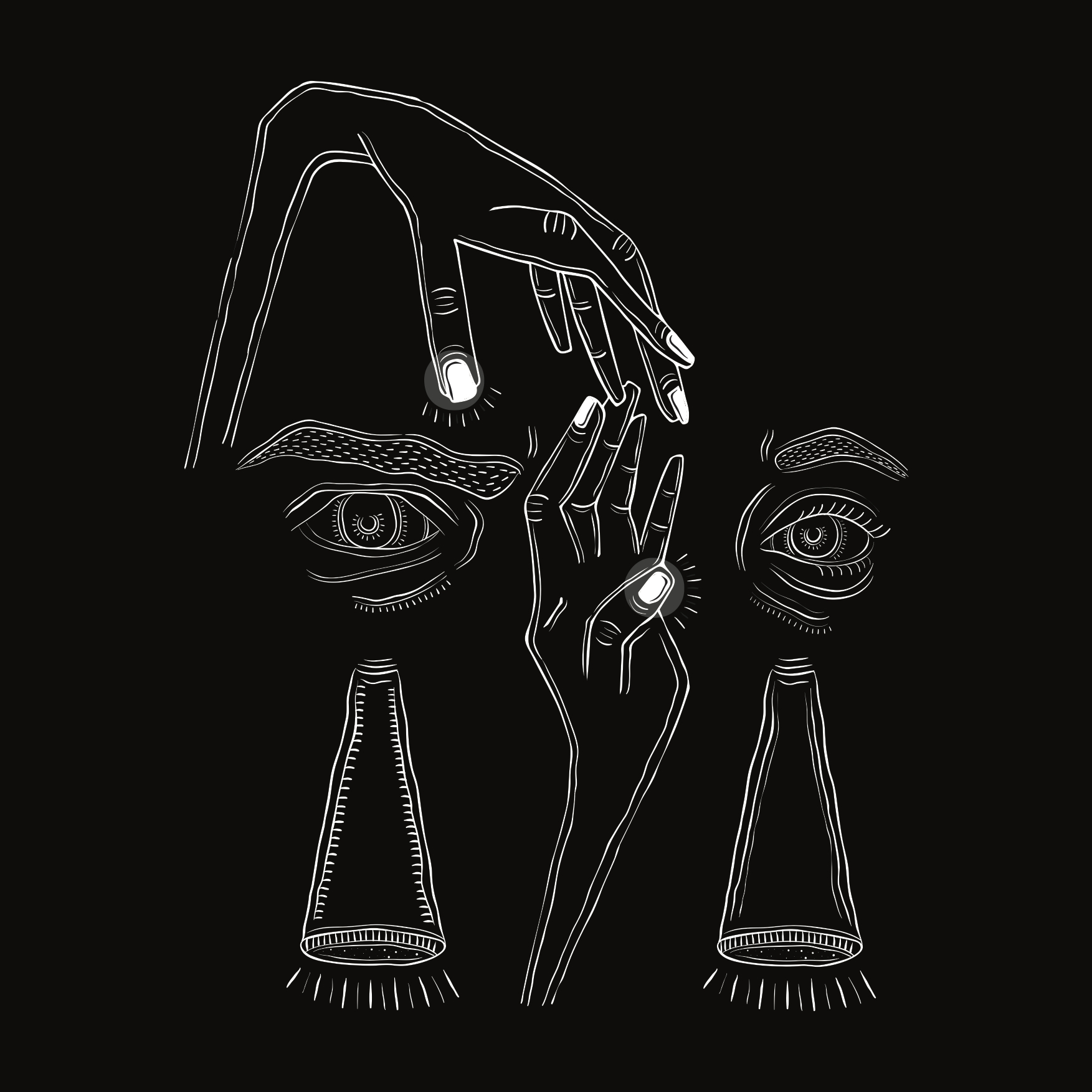 Her artwork is driven by narrative and mostly features animals, flora and the human form. “When I draw a picture or I make a graphic composition it needs to tell a story. The story doesn’t have to be complex but at the same time the artwork cannot simply be a pretty picture with no meaning,” she explains. Her attraction to her subject matter comes from “walks in my neighbourhood. It’s almost as if at that moment my sense of sight is heightened. That’s when I really get a chance to observe and engage with the natural world around me. Leaves and flowers tend to have the most interesting and beautiful shapes. I apply these shapes and forms to my work.” 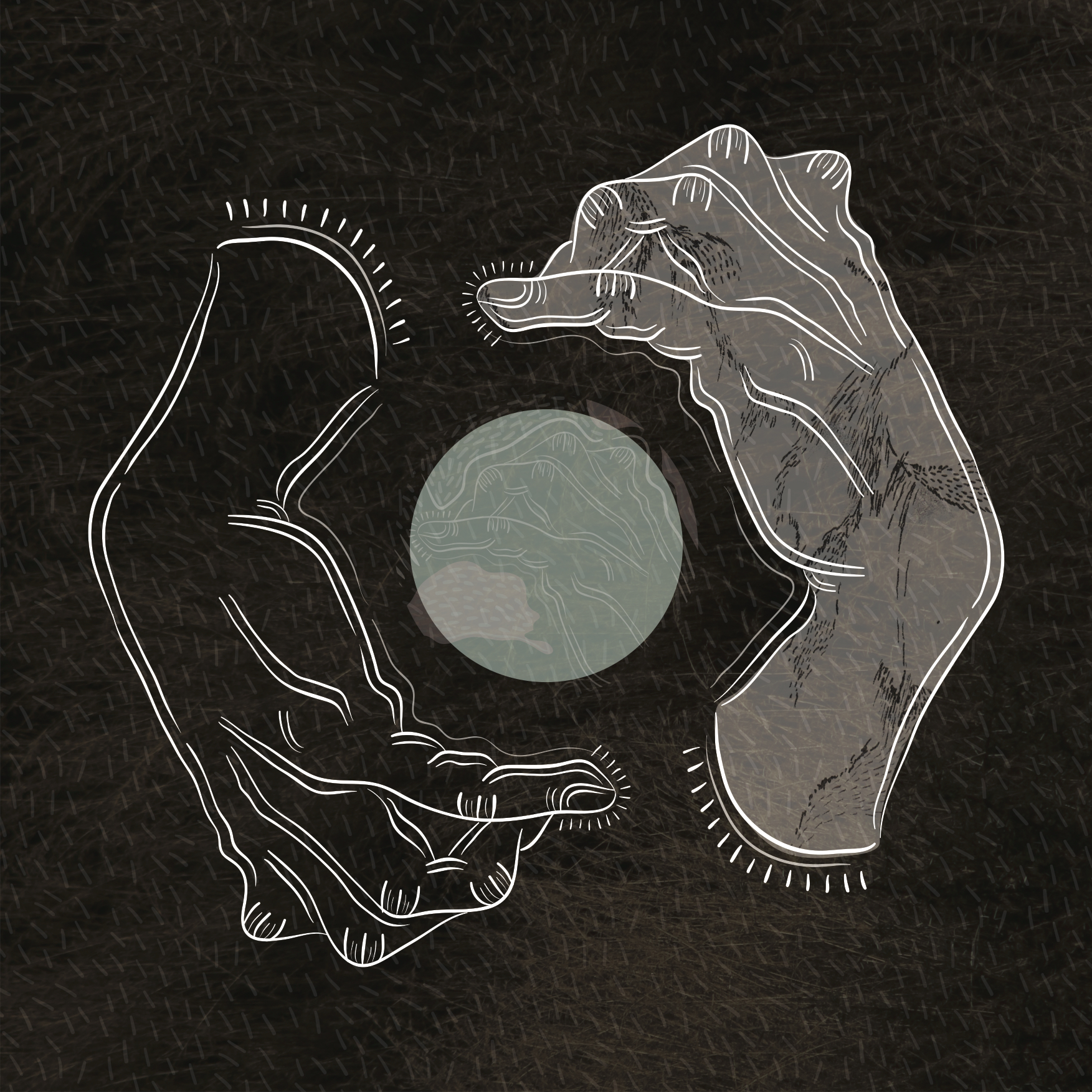 Compositionally, Bale’s illustrations consider and use space beautifully, filled with tones varying from deep yellow to a pastel blue. “Every art piece I make is a composition game. Half of my brain is constantly just thinking line, tone texture, colour, shape and balance. The other half of my brain is thinking about what a blessing it is to be able to make art. It’s all about putting love and maximum effort into what I’m making,” says Bale of her creative process.

A tangible texture flows through her illustrations, created using software like Adobe Photoshop, Illustrator and After Effects. “I like to generate my own textures. I draw, paint, photograph and scan my textures. Sometimes I will go into my backyard and take photos of interesting textures that I find; other times I’ll go into my mom’s closet and photograph the patterns and textures on her clothes.” 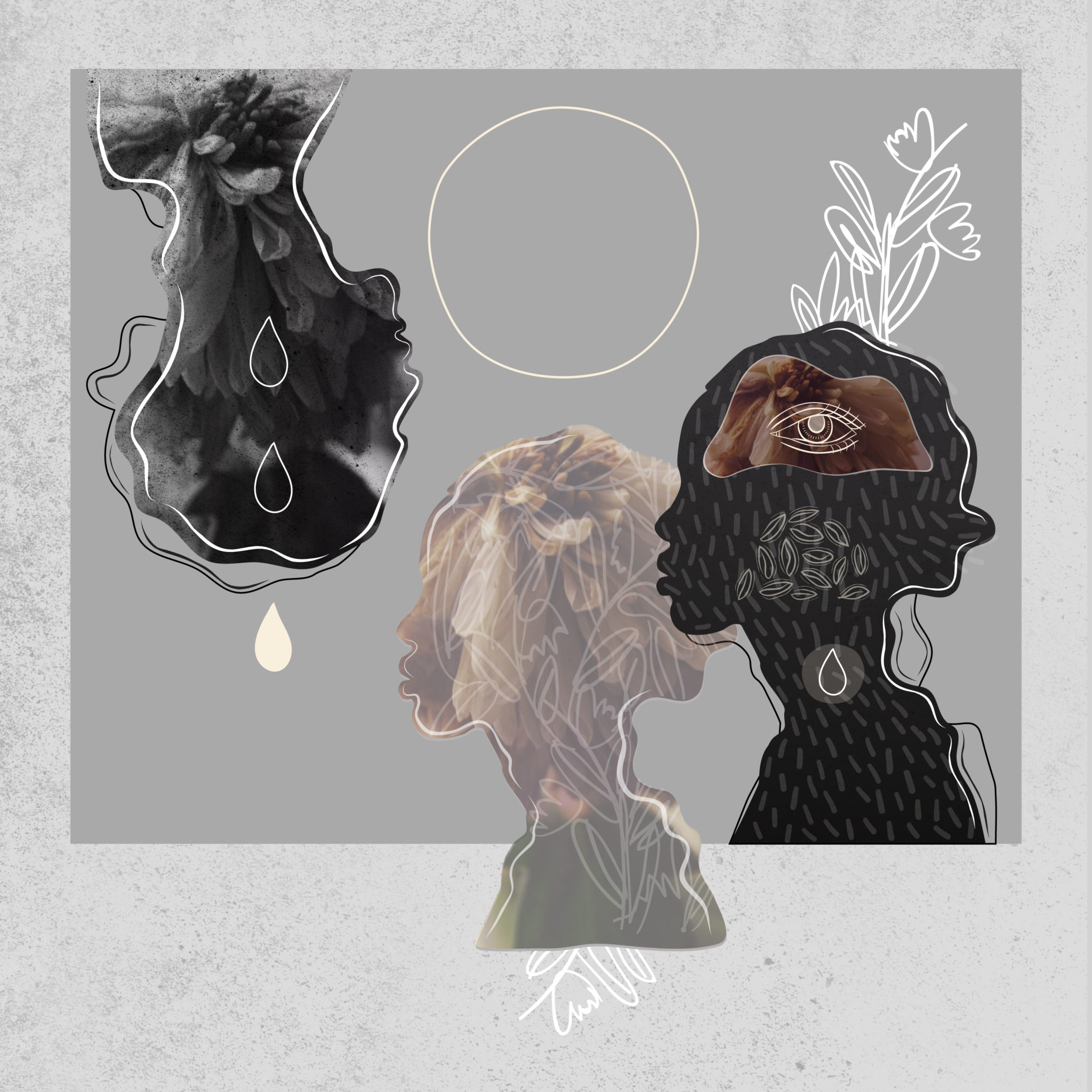 She cites her parents, fashion designer Anees Petersen, rapper Sam Turpin and Seattle-based graphic designer and illustrator Don Clark as her main influences. “Don’s understanding and application of colour and composition is mind blowing. Both Anees and Sam are good at story telling through their art forms from their own perspectives. There’s just a certain rawness and realness to them. They’re really humble, which is admirable.” 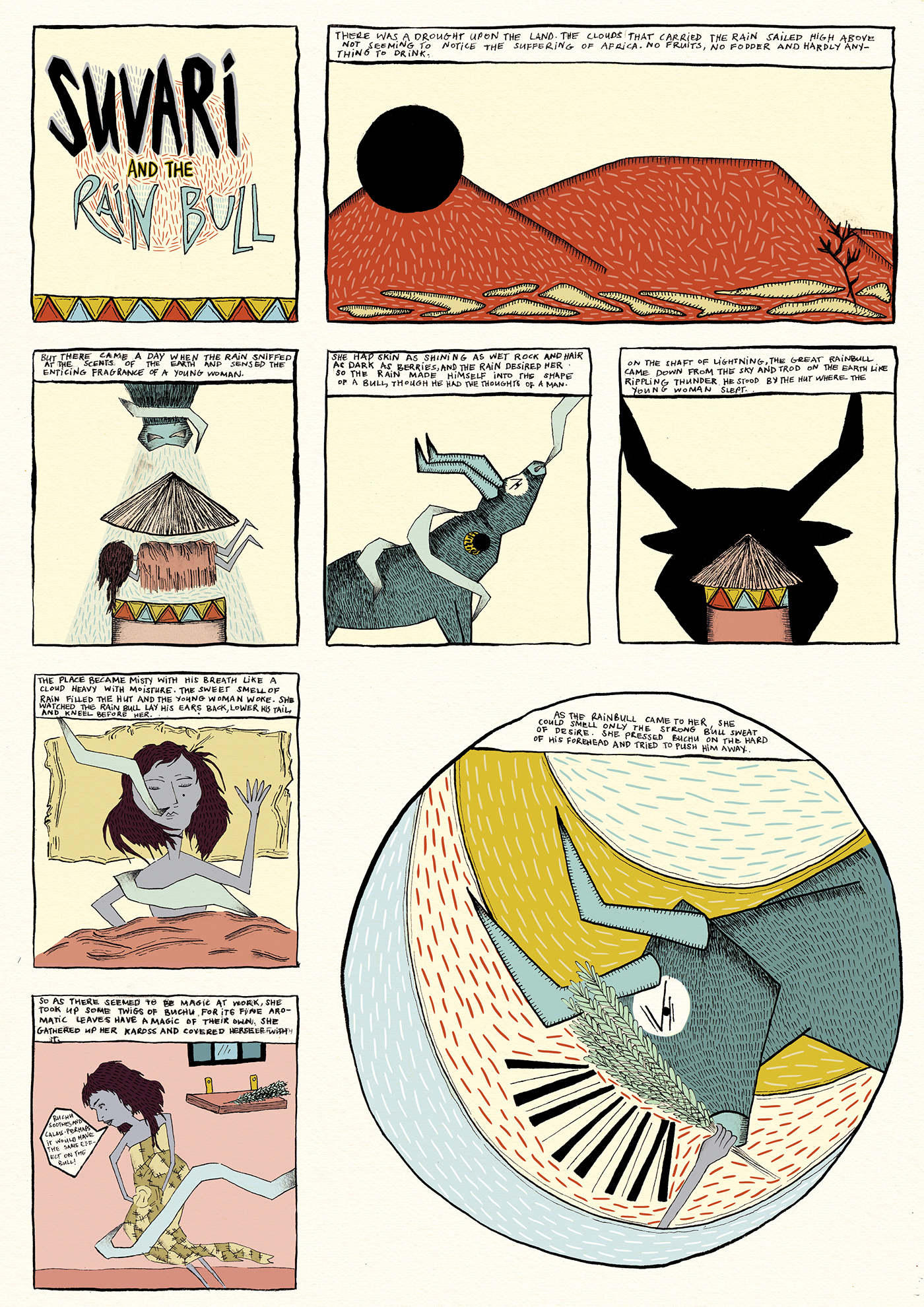 Since graduating with a degree in illustration, Bale has expanded on her visual communication skills. She is currently completing a second qualification in Film Arts, specialising in Motion Design. “The plan was to do motion design so that I could pair it with my illustration and become a 2D animator for kids’ shows. But I’m growing to appreciate motion as an independent art form outside of illustration.”

The young creative has two exciting projects in the pipeline. She is creating album artwork for a Washington DC-based musician, Dave James, while also preparing for a group exhibition titled From Now On, which will take place at the Open Window Institute, in Centurion, as Part of the iMPAC Film Festival from August 17. The show will explore ideas around retro-futurism, sci-fi and made-up futures. 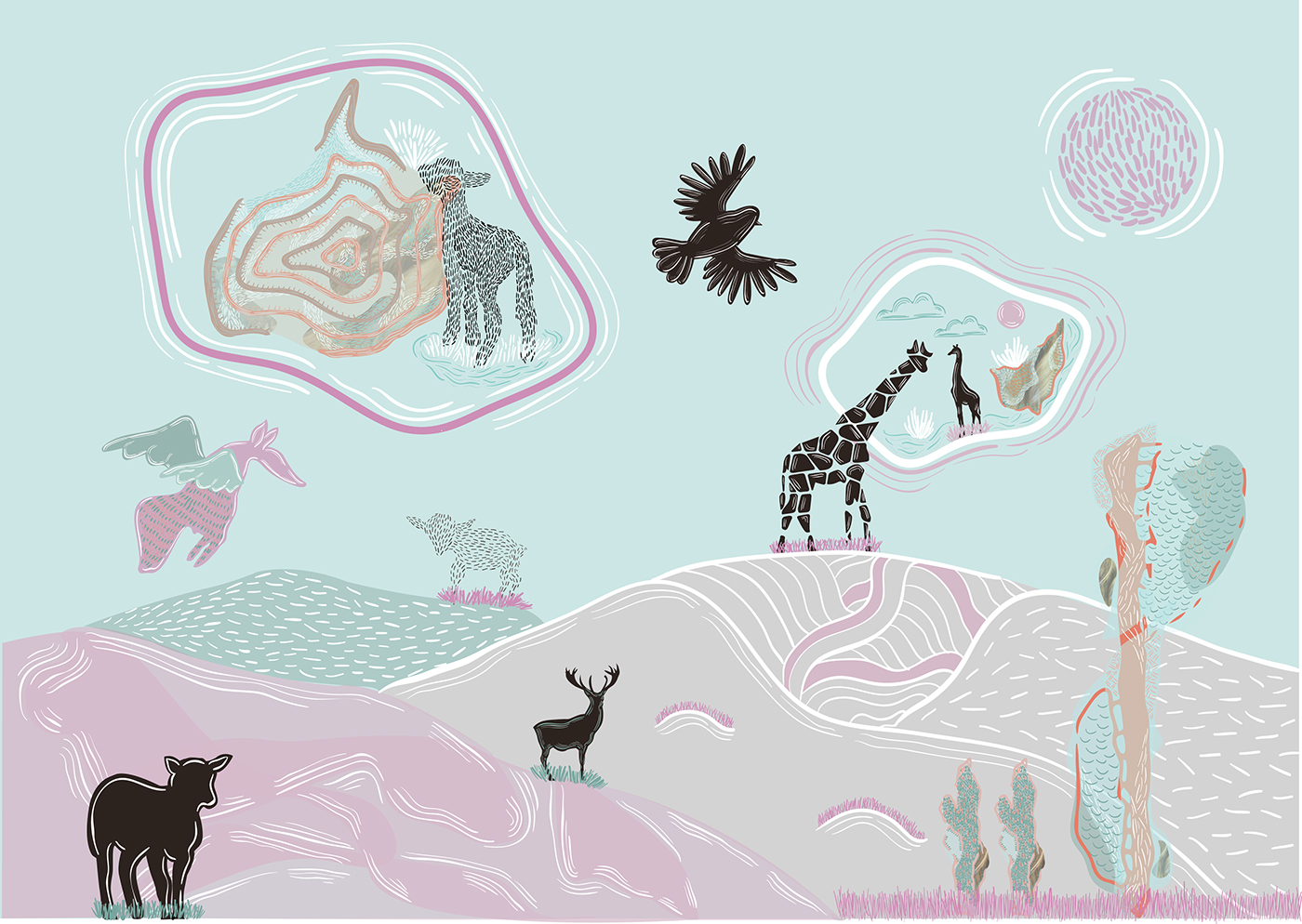 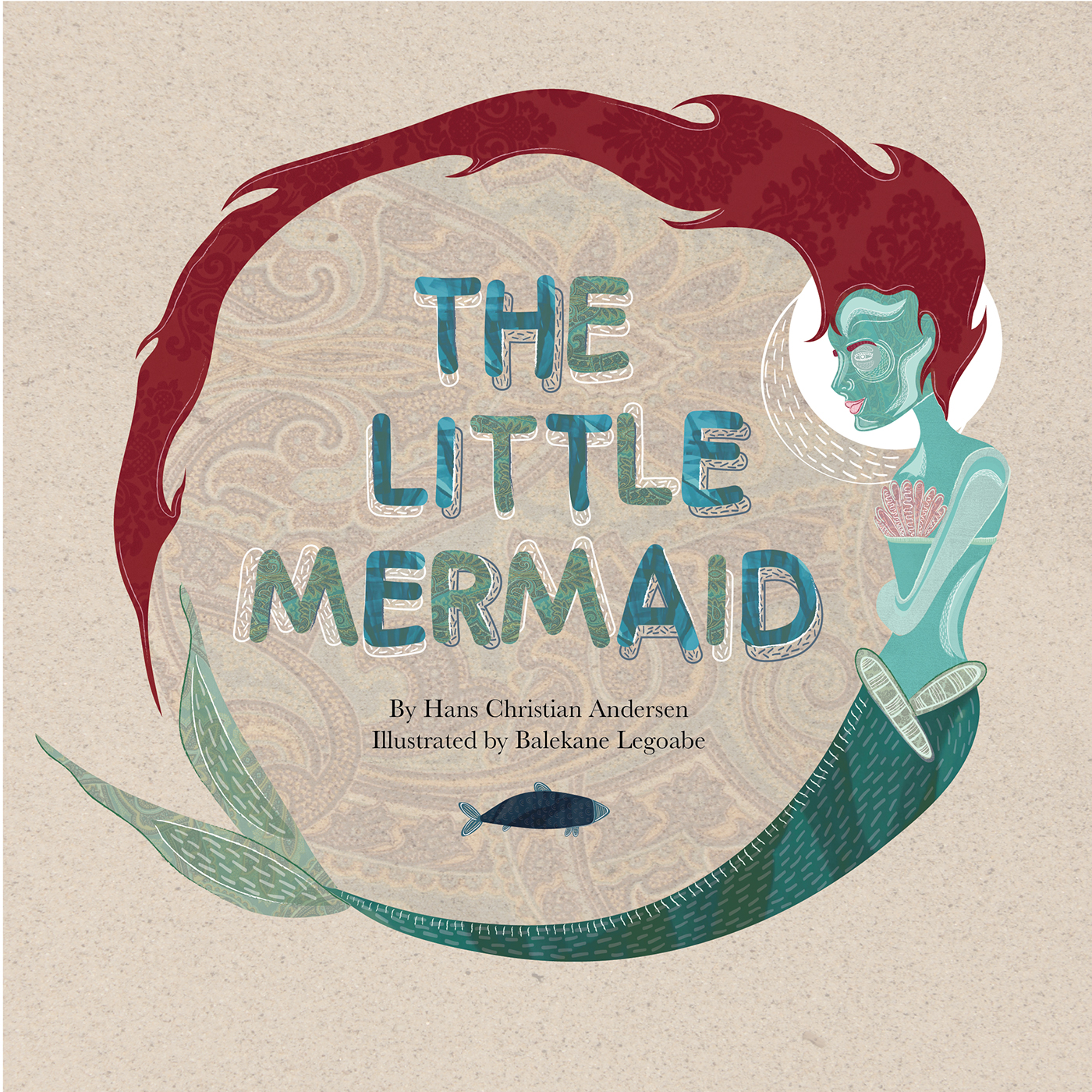 To view more of Bale’s work, visit her Behance