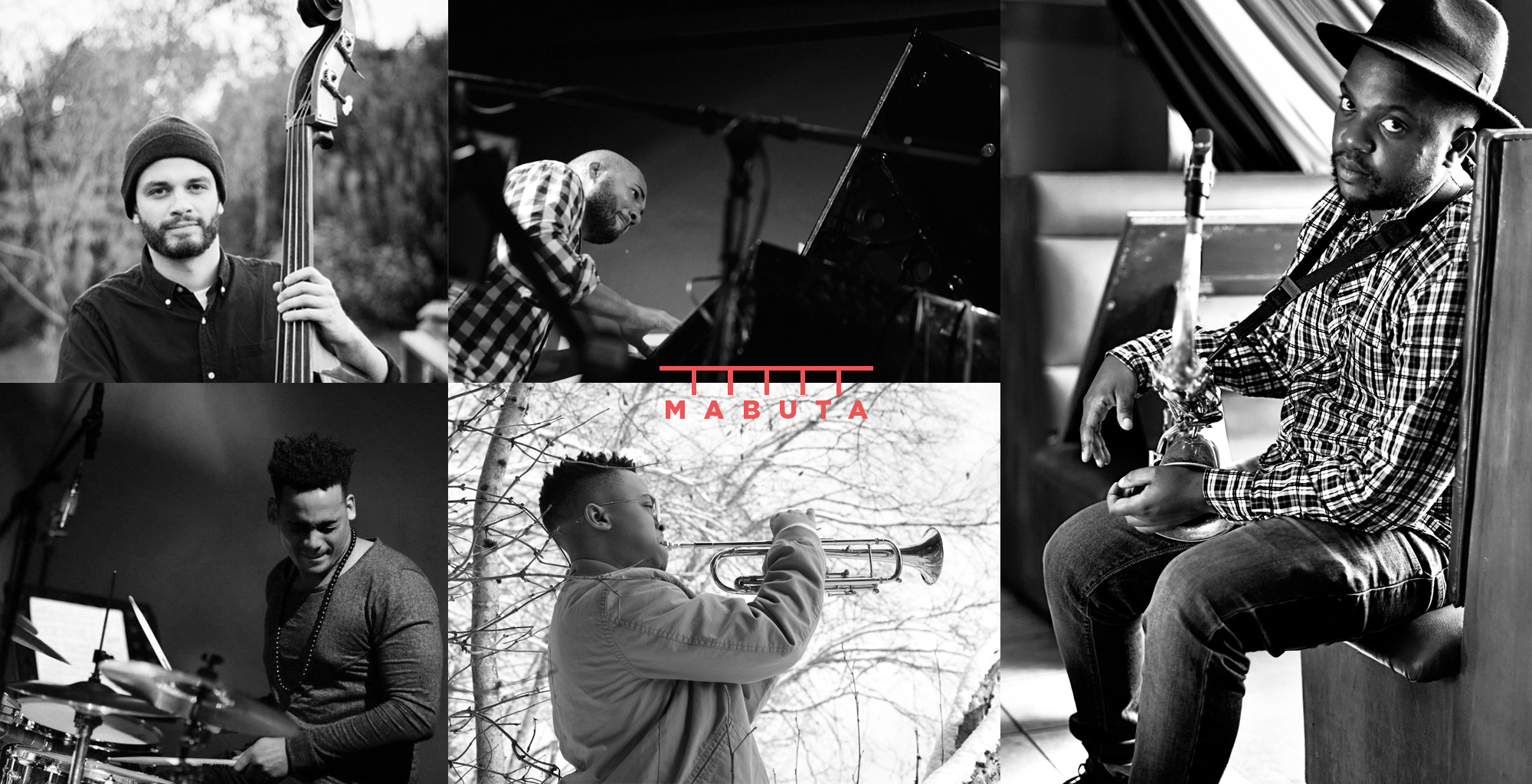 Posted at 15:12h in Entertainment, Music by Nikki Zakkas
0 Likes

Cape Town native Shane Cooper is no stranger to the music industry. The multi-talented musician is both an award-winning jazz performer and left-field electronic producer under the moniker Card On Spokes.

“I wanted to start a new project this year that blended my jazz influences and my electronic music influences. I also want the band to be able to re-interpret the music I’ve released as Card On Spokes in a more live or organic way for festival shows,” Shane says about having recently formed jazz quintet MABUTA – a Japanese word meaning “eyelid”. “If you want to enter the dream world, first you have to close your eyes. I want our music to allow you to enter the dream world.”

MABUTA cements the arrival of a bold new musical act, featuring Bokani Dyer on piano and synths, Marlon Witbooi on drums, Sisonke Xonti on tenor sax and Robin Fassie-Kock on trumpet. “The pianist and synth player, Bokani and I have been playing in groups together for a decade. I played bass on his three albums, and he’s worked in various projects of mine including my last acoustic album Oscillations, and live Card On Spokes shows. Sisonke is one of our best saxophonists in the country. I played bass on his debut record Lyonde, which launched earlier this year. The trumpeter Robin is a fresh talent in Cape Town, and I first worked with him on Bokani’s last album. These guys are all such powerful voices on their instruments.”

Shane’s artistry stems from a lifetime of living for music. In honor of this and the launch of his band MABUTA, we asked him to share with us the soundtrack to his life, which reads like a catalog of his best-loved memories. Enjoy.

I’ve got loads of stuff from high school on burnt CDs that I wouldn’t release. But here is song called Headport that I co-wrote with the band Restless Natives in 2009. The album never came out digitally and is only on limited edition triple disc releases.

Miles Davis’s Kind Of Blue. I studied this album intensely and I still study it every few years. It’s full of some of the most important human achievements of the creative mind.

The first song I remember hearing:

It’s either something from the Blade Runner original soundtrack or from The Beatles. The Blade Runner film is embedded on my brain from my childhood. I draw ideas from those moods all the time. So here’s a Vangelis piece from Blade Runner.

The song I’m most proud of:

I enjoyed the process of creating this track As We Surface from my last Card On Spokes EP. It features saxophonist Shabaka Hutchings on it and Jonno Sweetman on drums. There is a lot of micro layering that can best be heard with headphones.

Here’s a live excerpt of us playing the song Sakura at The Orbit in Joburg earlier this year. I love the energy and interpretation these guys bring to this piece of music.

Caribou Can’t Do Without You, of course. I listened to this album almost everyday for like two months when it came out.

A song I love:

That’s definitely Bokani Dyer’s song Blessing, which features Andre Swartz on drums and Sakhile Moleshe on vocals. I’ve told Bokani that this song has to play at my funeral.

Something for new beginnings:

Pretty much anything by Fela Kuti. He’s my go-to when I need an energy injection.

A song that embodies a tumultuous time:

Radiohead’s Pyramid Song. I remember being obsessed with this music video when it came out. MTV used to play it late at night.

This week the band launches a crowdfunding campaign to raise money to record their new album in September, to help MABUTA make this happen, click here.

MABUTA will be performing at The Orbit in Joburg on 14 and 15 July.